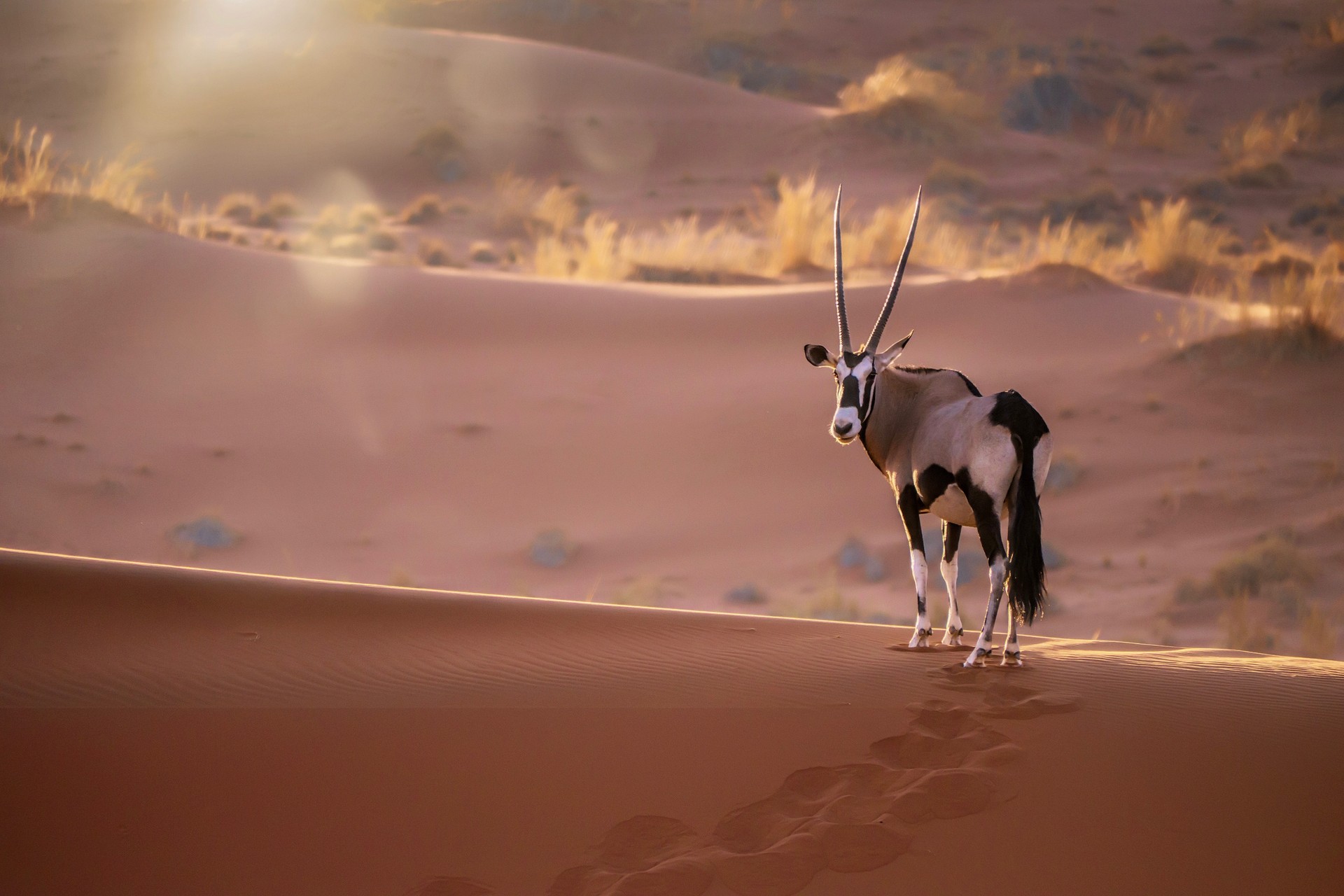 Tailor-made Namibia tours created for you by trusted local experts

Nothing says rugged and pre-human like a desert, and Namibia has two. 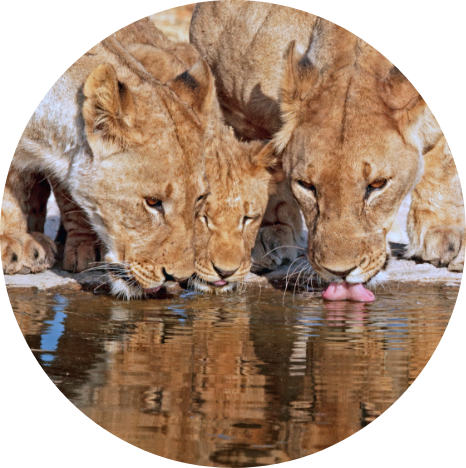 Intriguing and unusual landscapes come as standard in Namibia. The combination of dunes, canyons and desert coast adds up to much more than the sum of its parts. The raw wilderness of the Namib and Kalahari deserts hide overwhelming natural features such as the world’s second-largest canyon, or the world’s largest sand dune. Experience the contrast of urban and desert life, spot extravagant wildlife - including big cats, rhinos, elephants and zebras - in Etosha National Park, and enjoy the breathtaking scenery wherever you go.

Our trusted local experts in Namibia

Meet our local experts in Namibia
(5.0) 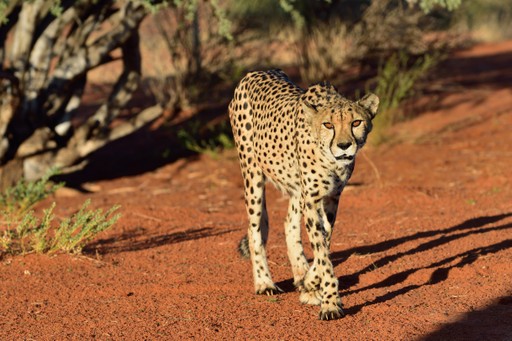 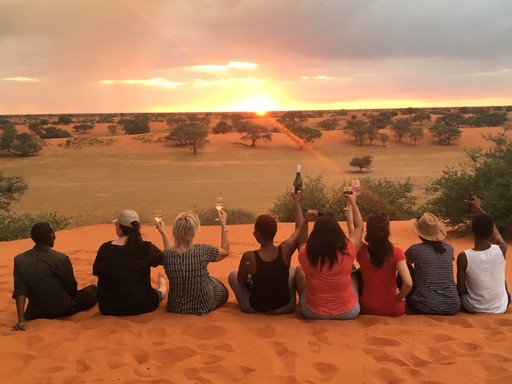 Self-drive Kaokoland - Off the beaten track in Namibia

The Highlights of Namibia

Top things to do in Namibia

There are many wonderful experiences to be had in this glorious African nation. For further inspiration take a look at the trip ideas put together by our trusted local experts, but in the meantime here are our top things to do in Namibia. 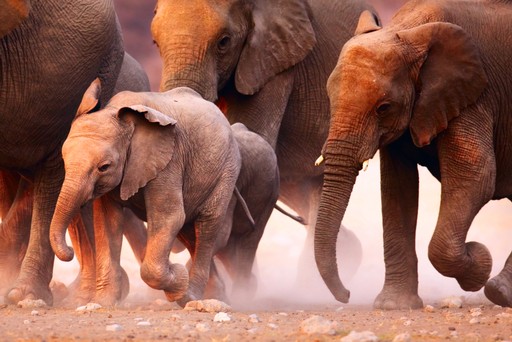 You may look at Namibia and think it is far too harsh an environment for much wildlife to survive. This is surprisingly not the case. Etosha National Park has over 140 mammals within its borders including four of the Big Five - lions, leopards, elephants and rhinos - as well as many giraffes, antelopes and zebras. It is also home to the highest population of wild cheetahs in Africa, the wide open plains suiting their high speed hunting style. A safari here is one you won’t ever forget.

Scale the dunes of Sossusvlei 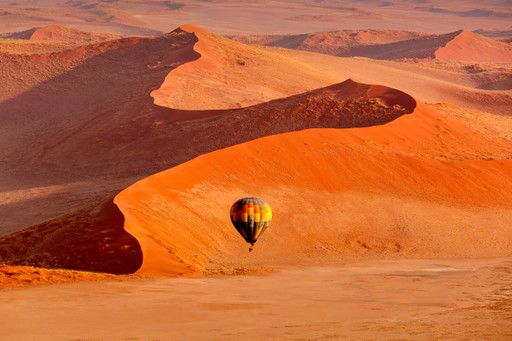 The astonishing red sand dunes of Sossusvlei are perhaps one of Namibia’s most iconic features. Soaring to 400 metres or more, they contrast strikingly with the bright blue sky. Scale the tallest dune in the area, Big Daddy, or - if you want a truly magical experience - soar over the desert on a scenic hot air balloon ride. Whatever you do, be sure to keep your eyes peeled for perfectly adapted wildlife such as elegant gemsboks and flamboyant ostriches.

Admire the rock paintings of Twyfelfontein 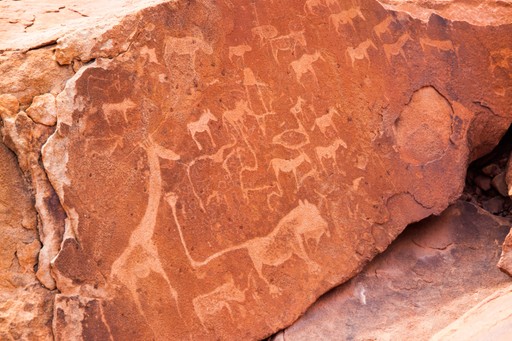 If history is your thing, then head to Twyfelfontein to admire some 2,500 rock carvings and paintings, created by a Stone Age population who are estimated at having lived in Namibia around 6,000 years ago. The artwork hints at a great abundance of wildlife, potentially far more than the now sun-baked landscape could sustain, with antelope, lions, giraffes and elephants galore. 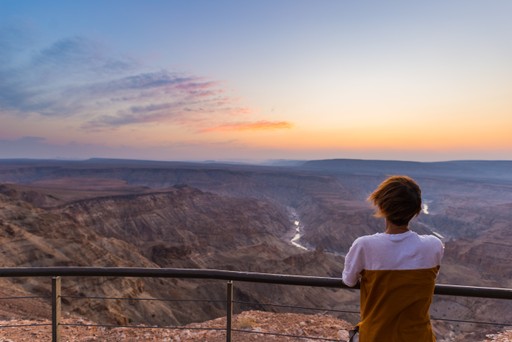 Right down in the south of Namibia a cleft snakes for more than 160 kilometres on a meandering course through the arid plateau, scoured into the bedrock by the Fish River itself. The major reason to visit the ravine is to hike part of the length, a challenging wilderness trek which allows a close up experience of this huge geological feature which some state is the second biggest canyon in the world. Hikes should only be undertaken in the winter months from May to September as the temperatures soar outside of this period.

River safari in the Caprivi Strip 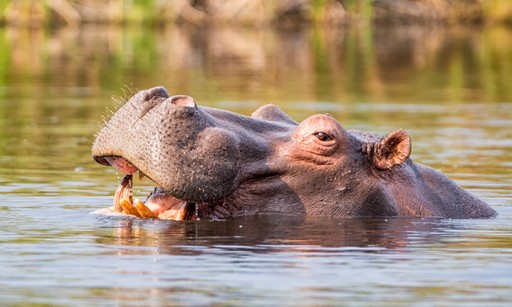 Upending the idea that Namibia is a desert nation, the tropical climate of the Caprivi Strip - the long, narrow panhandle of territory in Namibia’s north east - ensures that this region is lush with vegetation and laced with waterways.  Wildlife is reliably attracted to the river banks and a boat trip on the most popular stretches of river will usually reward you with sightings of hippo, elephant, buffalo, waterbuck and crocs. Birders are spoilt by the numerous species of wetland birds as well as significant numbers of species from East Africa.

Lesser-known things to do in Namibia

While there are many well-known things to do in Namibia, what about the lesser-known highlights? Our local experts have shared some of their top tips for where to go and what to do if you fancy a bit of an alternative Namibian adventure.

Get to know Windhoek 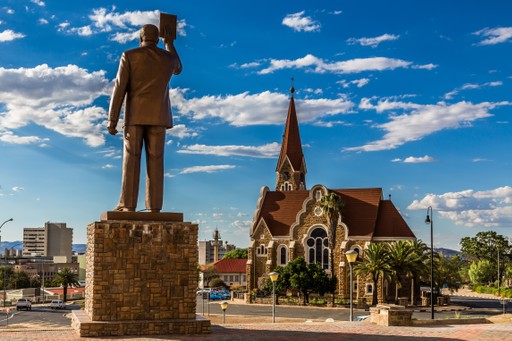 Experience different facets of Windhoek, including its historical features - the old railway station, the House of Parliament, the Christuskirche, the Rider’s Memorial and Alte Feste  or Old Fort. Browse Windhoek’s main thoroughfare, Independence Avenue, for shops and cafes, or explore Katutura, a lively and engaging neighbourhood with a truly African buzz. Discover the colourful markets here and visit community initiatives such as ‘Penduka’ - empowering rural women by selling examples of textiles, basketwork and needlework.

Lessons from the San 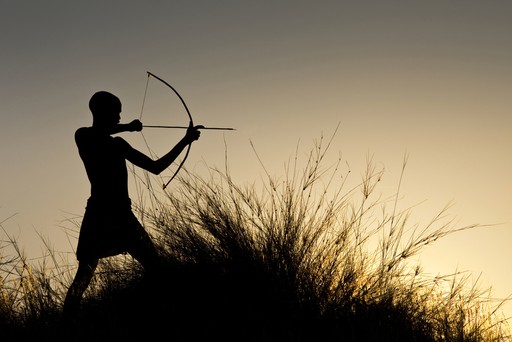 Learn the centuries old secrets of desert life from the San community. Take a walk with the experts through the bush to gain insight into the plant life - which are valuable to the San community and why. Some are edible, some medicinal, some make good fuel. Learn how the San bushmen carry out the hunt, and when evening comes, their timeworn methods for building and lighting the campfire. Around the fire is where San socialising takes place, and this is where you can participate in games and watch the community share their traditional songs and dance. 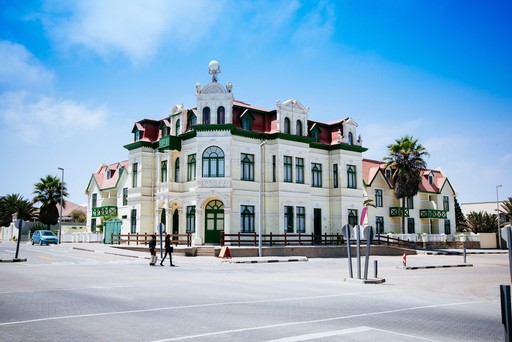 Situated not far from Windhoek on the west coast, Swakopmund is known for its Germanic architecture and its relaxed beachside vibe. There are a huge range of activities available in the vicinity, so when you feel like a change from strolling the tidy streets and browsing the markets there is plenty to keep you busy. Take a cruise on Walvis Bay looking out for whales, dolphins, mola, leatherback turtles and seals or try your hand at kayaking, a great vantage point for birdwatching. Desert wildlife is another draw, and a guided tour will astound and inform. 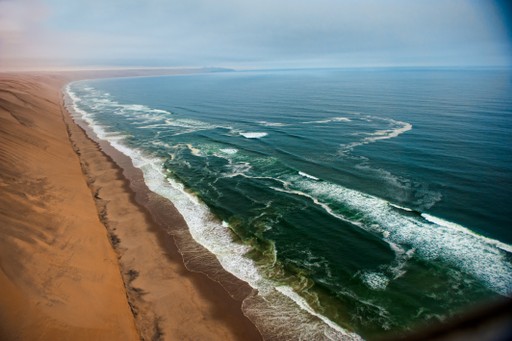 Where the desert meets the ocean a barren and desolate beauty awaits. The skeletal hulks of rusting ships gave the area its name, along with the whalebones that scatter the shore. The fog that enshrouds the coast is to blame for many of the shipwrecks, but it is also an essential feature of the ecosystem. This is a region that seems lifeless, but the fog actually provides precious fresh water for the plants and animals that live here.

When is the best time to go to Namibia?

300 days of sunshine a year make Namibia a year-round option, but there are a few things worth bearing in mind. The summer months from October to February can be pretty hot and the bulk of the country’s rainfall also occurs during this period. Those visiting the north of the nation will want to avoid March due to regular floods. The best time to visit Namibia for wildlife viewers is April to June, when the drier weather brings animals into the open at watering holes.

Namibia is a fascinating country. But did you know any of our top facts about it?

1. There are more cheetahs in Namibia than anywhere else. Many are found in Etosha, but they are present in many parts of the country. 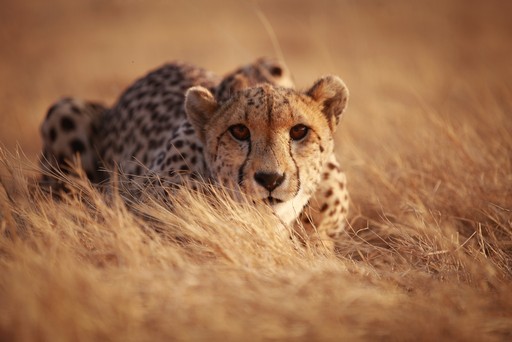 2. The Namib desert is estimated to be around 80 million years old, making it the oldest desert there is.

3. Many movies have been filmed in Namibia’s dramatic landscapes, for example Mad Max (Fury road) and  2001: A Space Odyssey.

4. Namibia was the first country in the world to include the protection of the environment in its constitution. Today approximately 19% of its surface area is protected, either as a national park, game reserve or conservation area.

5. Dune 7 is around 390 metres tall, making it the tallest sand dune on the planet. For comparison, the Eiffel Tower is 324 metres high. 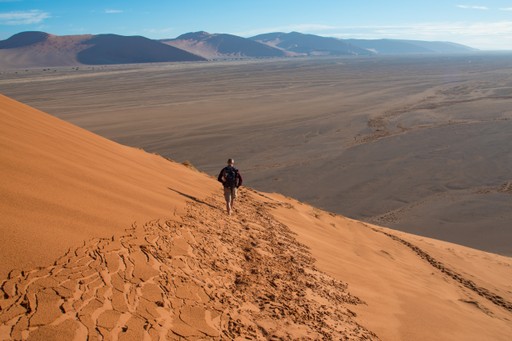 6. In terms of population density, Namibia has one of the lowest in the world, with around 3 people per square kilometre.

7. Namibia is also the only country globally to protect its entire coastline with a network of national parks that stretch the full 15,000 kilometres along the Atlantic shore.

8. In protest at their treatment at the hands of colonialists, some Herero tribes people dress in flouncy 19th century outfits which closely mirror the style favoured by their one time oppressors.

What to read before you go to Namibia

If you're looking for something to get you in the mood before you set off on your travels to Namibia, we've gathered a list of our favourite books to inspire you.

'The Other Side Of Silence' by Andre Brink.

Following a brutally bleak childhood, the protagonist (Hanna) escapes her life of abuse in Germany to a colony in present day Namibia, but what lies ahead in Africa is just as disturbing.

An account of a thirteen year study into ways to reduce elephant/farmer conflict and understand more about the ways that elephants communicate.

Celebrated anthropologist Elizabeth Marshall Thomas began her journey to knowledge of the San people in 1950, and from her deep understanding of their harmony with the land she makes revelations about human life in general. 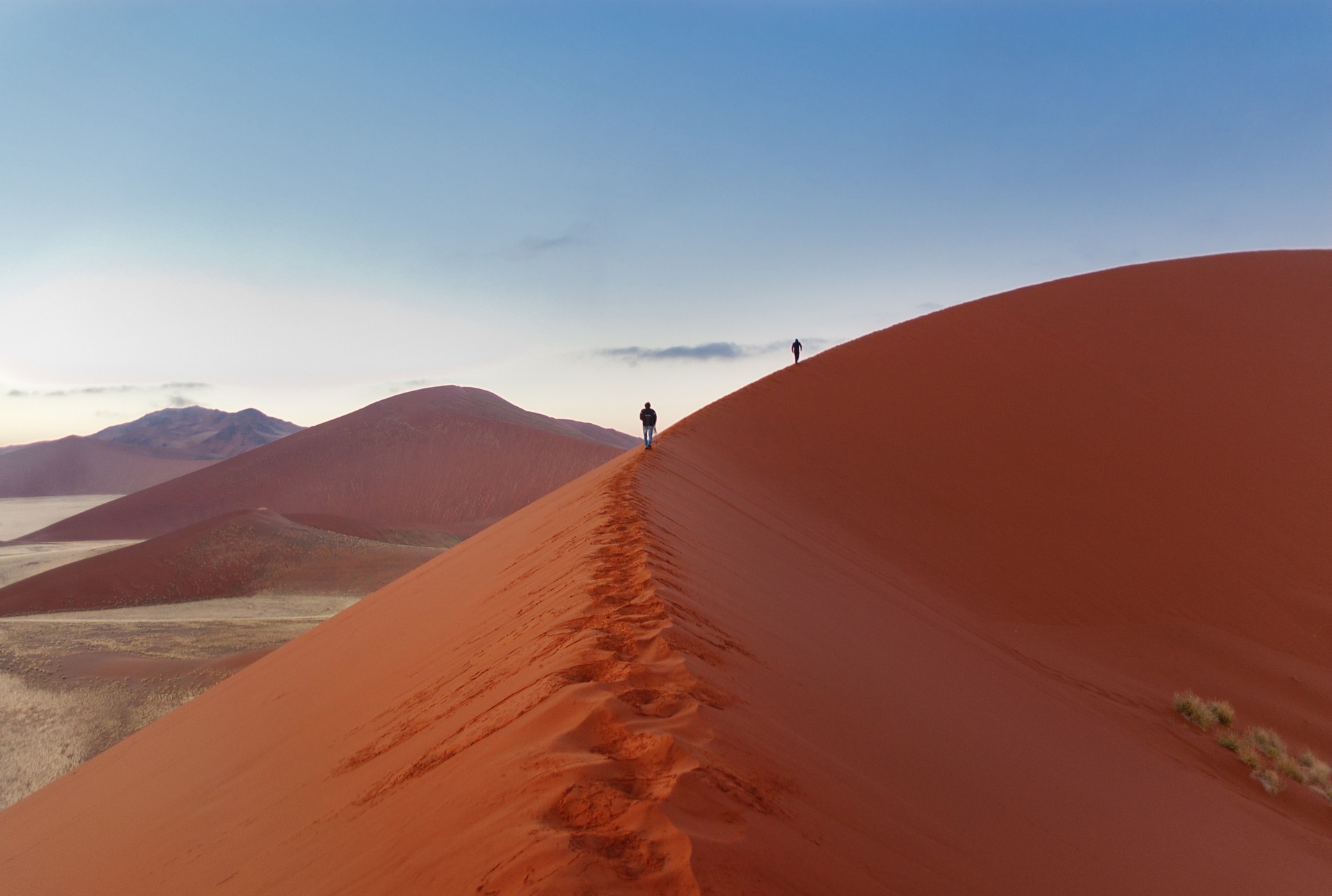 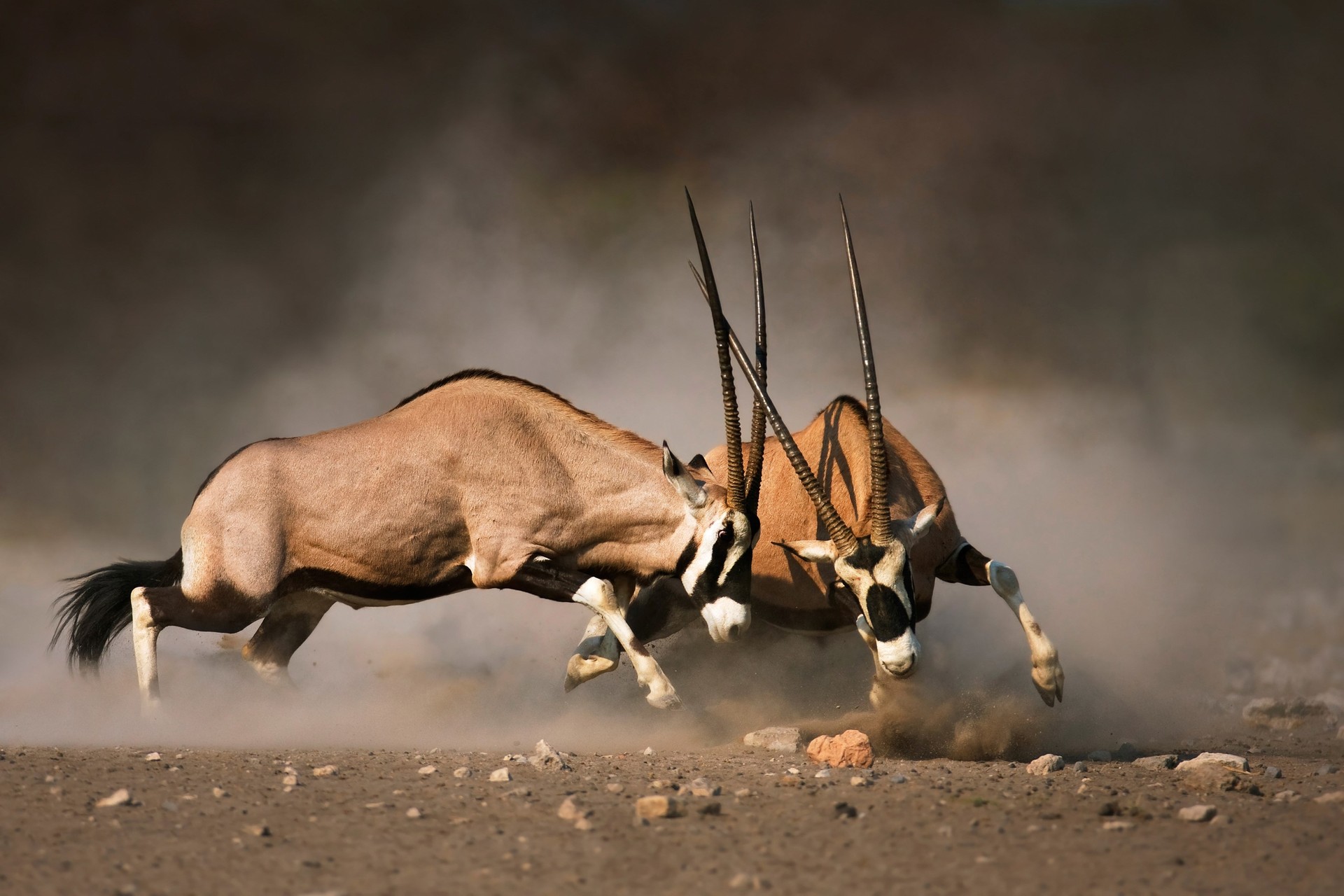 Do you already have an idea of what your dream holiday in Namibia entails? Whether you're ready to book or would like your ideas to be fined-tuned into something more, send an enquiry and our trusted local experts will design your perfect tailor-made holiday.