An interview with Edwin Sabuhoro - Gorilla conservationist of Rwanda

Rwanda is home to the magnificent and sadly endangered mountain gorillas. The tragic trade of poaching led to a downward trend in their populations, but in recent years this has turned around due to increasing conservation efforts. 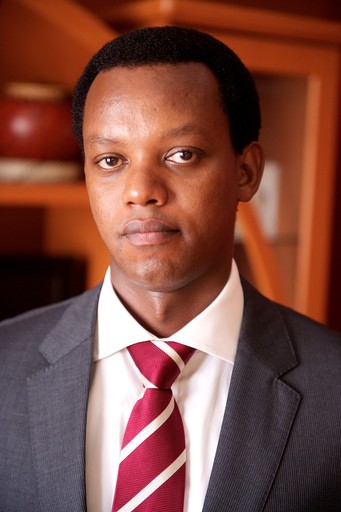 We sat down with the remarkable Edwin Sabuhoro whose unique approach to conservation helps local communities as well as wildlife.

You spent the early part of your career working as a warden in Volcanoes National Park, what drove you towards working with wildlife?

During my childhood, my family was displaced by the Rwandan Genocide and we took up residence in a refugee camp. It was here that I encountered wild animals for the first time and I was struck by their compassion and sensitivity towards one another. That experience never really left me but as I got older I was increasingly drawn towards a career in law. Following my studies, I had to complete an internship and I chose Volcanoes National Park for my placement. At the time, there were no laws in place in Rwanda to protect wildlife - poachers were not reprimanded and there was no sense of accountability. I began to realise that if I really wanted to make a difference I needed to find a way to make conservation viable. It was clear to me that the gorillas, and the tourism they could promote, were the future of the economy but I had to find a way to show their worth. 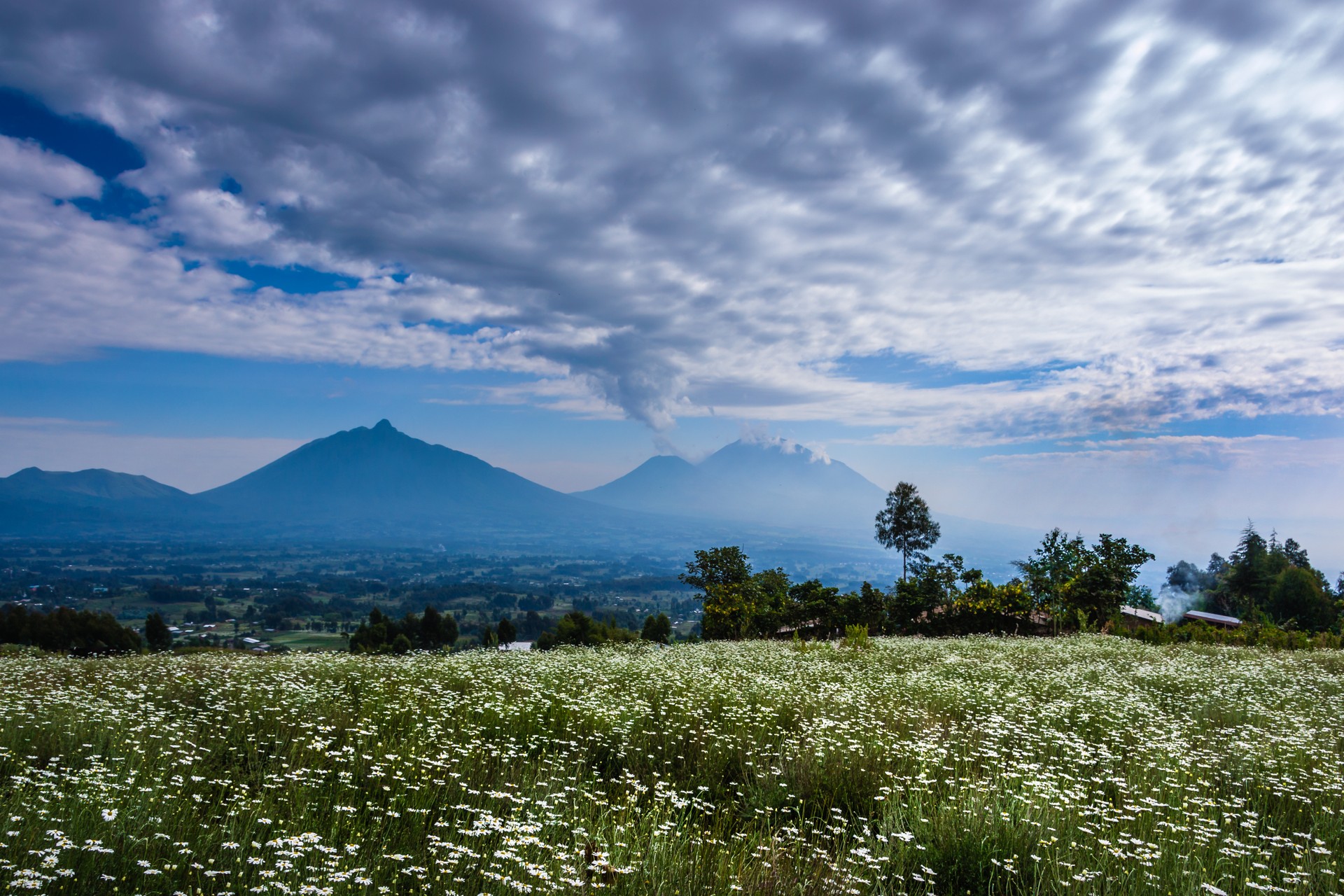 In 2004 you volunteered on an undercover anti-poaching operation, what was involved and what did you find out?

It all began because of a flurry of gorilla killings in Volcanoes National Park. We kept finding them dead on our rounds and we then received intelligence that there was a baby gorilla for sale on the black market. As soon as I heard, I knew I had to try and intercept. I decided to disguise myself as a buyer, meet the sellers and convince them to hand the baby over. It was a terrifying experience but we were able to complete the transaction and, once the baby was safely removed from the situation, the poachers were arrested. That was really the moment that changed my life. I realised that while I was thrilled to have saved the baby gorilla, I also felt sad for these men - their lives had reached such a desperate point. I went to their communities and talked to their families in the hope of finding out why they were resorting to poaching and the answer was always the same: they just needed food for their families. That was when I knew that radical change was needed to break the generation long cycle of poaching.

Your initial plan was to ‘turn poachers into farmers’. How did that involve into the cultural village project you run today? 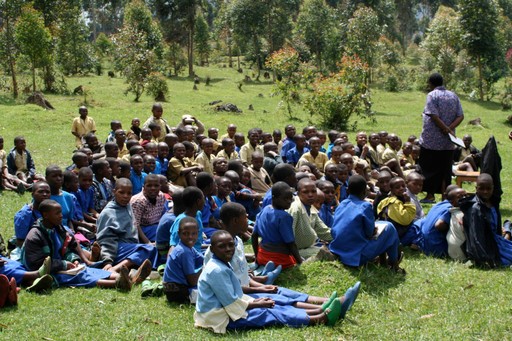 At the beginning I wanted to learn more about these communities and gain their trust so I spent six months living among them. I realised that they were all just ordinary families trying to get by and I desperately wanted to help. I had about $2000 of savings and I decided to withdraw it and use it to rent land for the community. Rather than poaching, we planted potatoes and as food security increased so did the protection of the national park. It was working well but I wanted to take it further and help these people find a real future. I figured that tourists would be coming to see the gorillas and that they would probably be keen to learn about local communities at the same time. So, we started running workshops and the Iby Iwacu Cultural Village was born. Dancing, cooking and wood carving became staple skills and the village was flooded with visitor requests before it even formally opened. Now there are schools funded by the project and the children growing up in the community are keenly aware of the positive impact of tourism and wildlife. The changes and innovations have come from the community and the whole project rests in their hands - I couldn’t be prouder of them.

Do you think human/wildlife conflict is the largest barrier to conservation efforts? How can we work to overcome the obstacles?

Unfortunately, I think the largest barrier is human greed. People have lost their sense of compassion towards animals and each other and human/wildlife conflict is just one symptom of that. In terms of overcoming it, the easiest way is to make conservation an economically viable alternative. Increasing tourism and visits to cultural projects are an obvious benefit of protecting gorillas and have helped bring prosperity to the region. Since 2004, there have been no gorilla poachings in Volcanoes National Park and there have been more and more babies born every year. I feel like this is a testament to the power of community engagement with cultural projects - once income is secured, natural environments can also be protected. 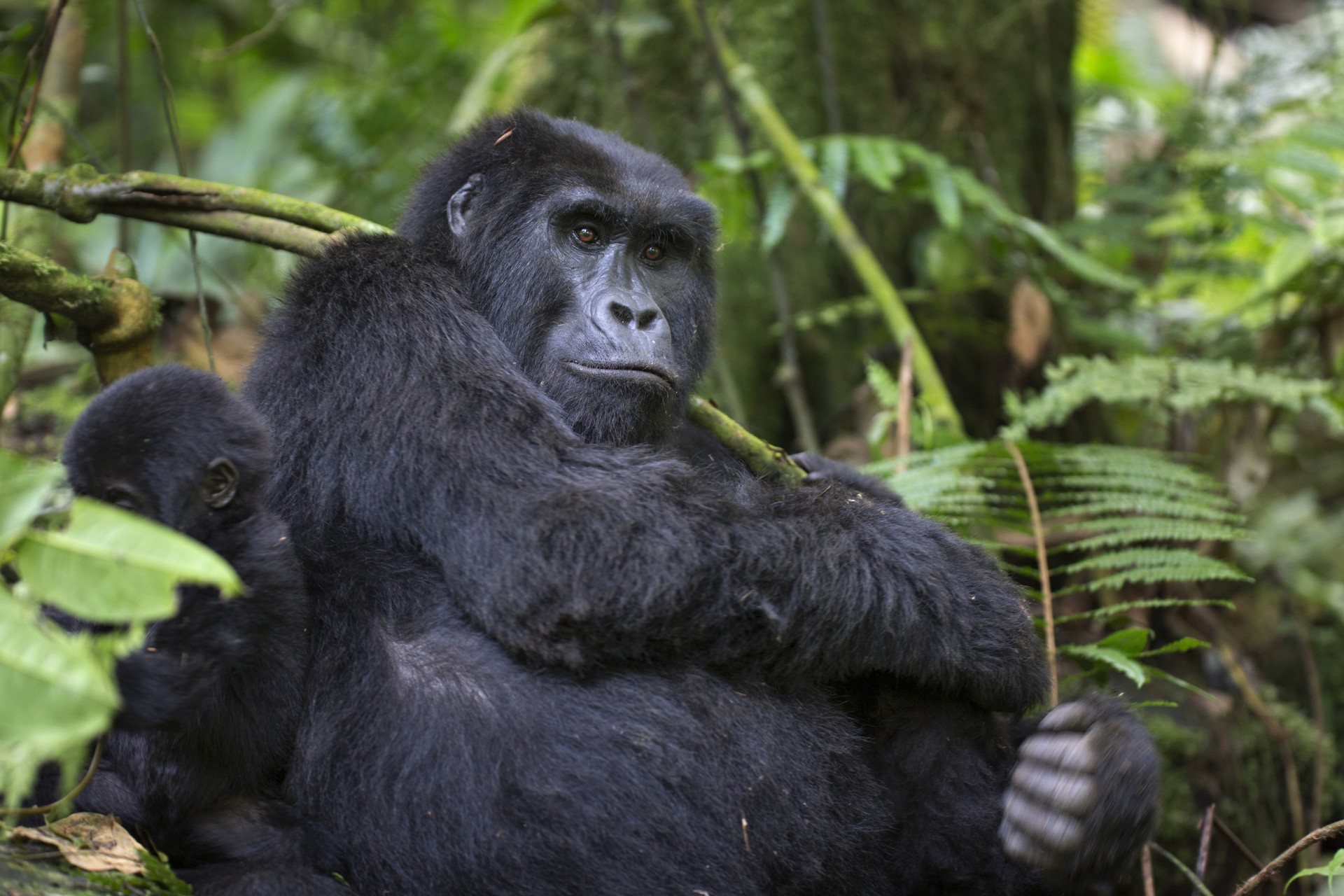 You turned the conservation dialogue on its head by focusing on people rather than wildlife, do you think this model can be applied across Africa?

Absolutely! For the future of the gorillas, Rwanda alone is not enough - we need Uganda and the Congo to be on side as well. This is certainly something I hope to work towards and I am currently undertaking a PHD in the USA in Parks and Tourism Management. I’m hoping that this will give me the skills I need to take my project further. If Rwanda, Uganda and the Congo can work together as a single entity, we can create an integrated development programme to help take conservation further. 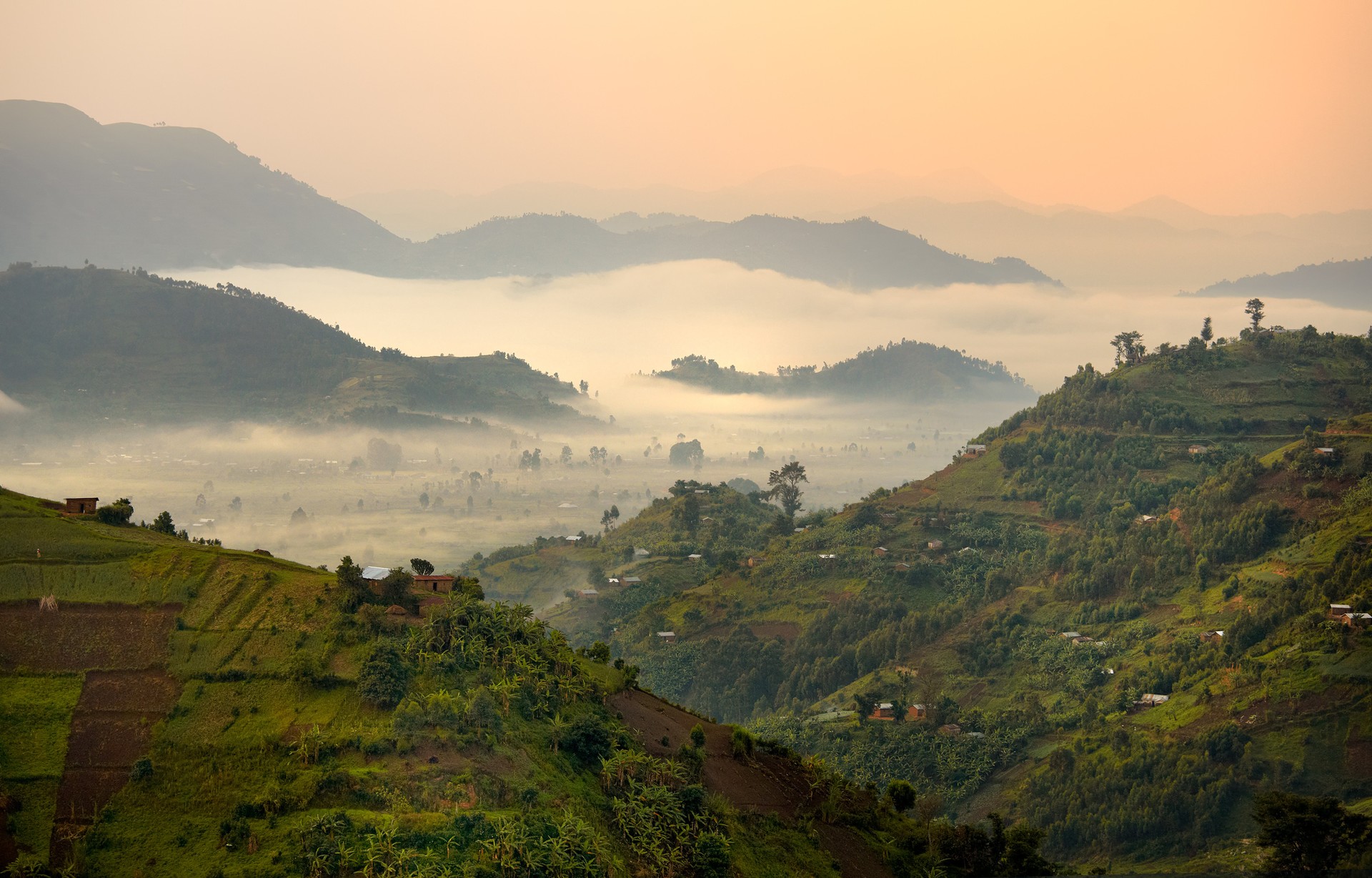 What would be your top recommendations for people visiting Rwanda?

Don’t miss out on the wildlife but don’t think that’s the only thing on offer. Rwanda is incredibly diverse and has some fantastic cultural projects dotted around the country. Get to know the people - hear their stories and create unforgettable friendships! 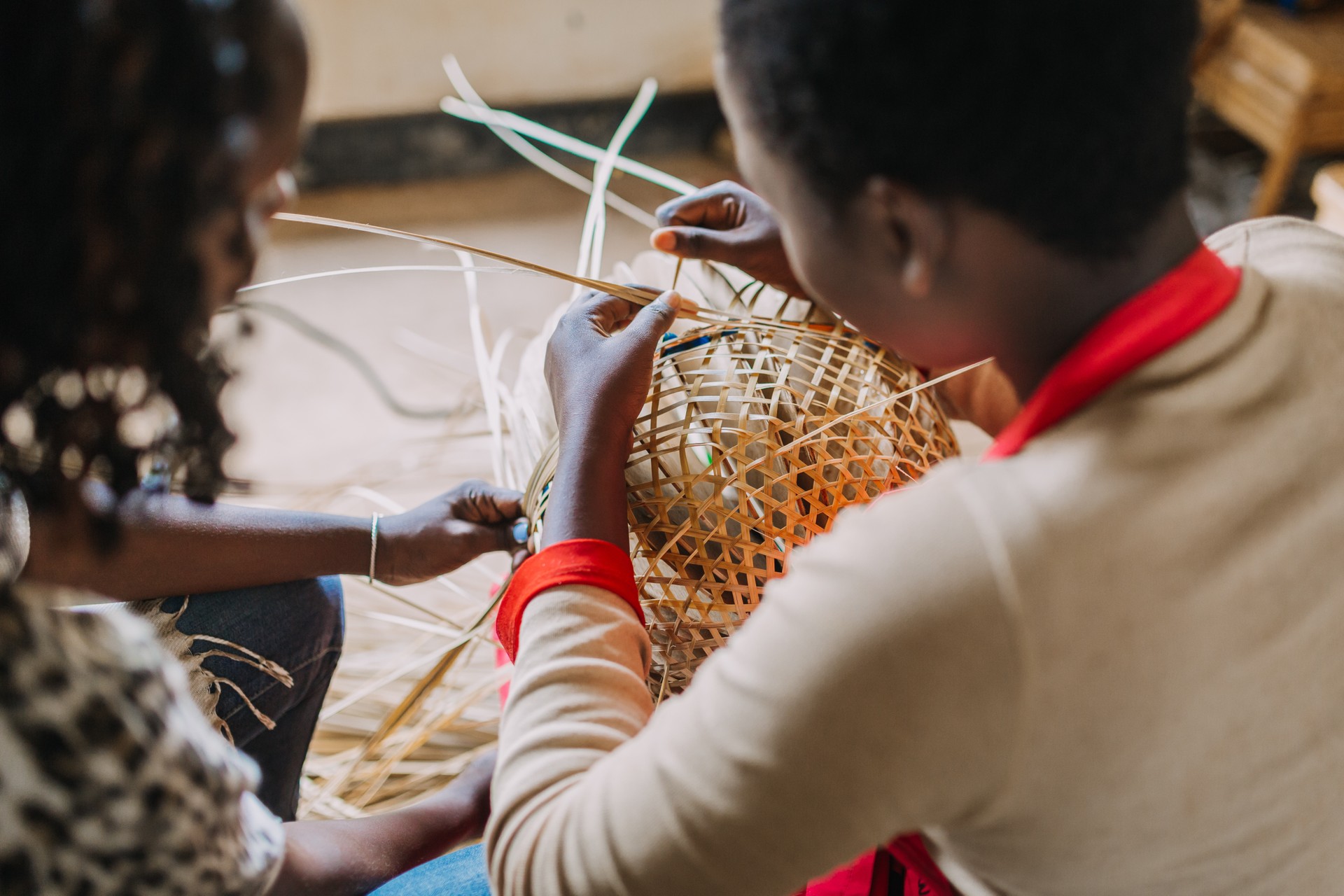 How can people engage with your project? 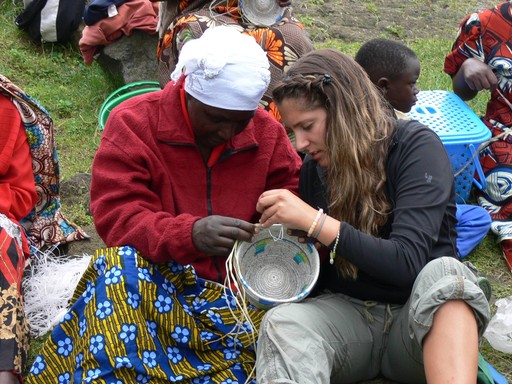 Of course, they can always come and visit! We love hosting people from all over the world and sharing the work we’re doing. Alternatively, it is possible to donate to our programme. We are currently running a Goats For Gorillas initiative where we are buying goats for ex poachers and their families. By encouraging them into farming, we help preserve gorilla populations for future generations. You can find out a little more here if you want to donate.

And (we’ve got to ask) what would be your ultimate travel destinations around the world and why?

East Africa will always come first for me - it’s just so diverse and never fails to surprise me. Further afield, I’d love to go to Brazil and visit the Amazon. I think it would be fascinating to engage with an entirely different ecosystem!

Would you like to meet Edwin and get to know more about his project? Are you keen to explore the rolling hills and diverse wildlife of Rwanda? You can send an enquiry to our lovely local experts and get your planning underway. Alternatively, if you’d like to speak to someone in the TravelLocal office, then please give us a call on +44 (0)117 325 7898.