In The Spotlight: Jonathan Scott

Hearing the words Maasai Mara may evoke images of herds of elephant and zebra wandering sweeping vistas, or of lion and leopard stalking prey in the long grass. There are few men or women that know these animals better than Jonathan Scott. For decades, he has educated the public about these animals through television programs like Big Cat Diaries, as well as acting as a patron for conservation. We caught up with him to talk about his new autobiography, the challenges of conservation, and his top tips for photographing the Mara's wildlife!

TL: Your autobiography, The Big Cat Man, was published by Bradt Travel Guides last year, what spurred you to write your story?

It was an attempt to gain greater clarity as to the nature of the person I really was - or thought I was. Making sense of that would be far more challenging than anything I might face in the African bush, whether a charging elephant or an angry leopard! Perhaps my story might help others who are struggling with anxiety or self doubt to seek the help they need.

TL: Many of our customers will know you from the long-running BBC show Big Cat Diaries, could you elaborate on some of the work, particularly in conservation, you are involved in outside of that?

The priority today is to find ways of conserving wild places and their inhabitants while at the same time supporting initiatives that help local communities. Many of them actually live directly alongside wildlife and bear the brunt of ongoing conflicts. Our main priority is to ensure that local people see an economic return from conservation, proving to them that it's a worthwhile investment. Without the support and backing of local communities, conservation efforts will undoubtedly fail.

I am also an ambassador for a number of conservation organisations around the world, including the Galapagos Conservation Trust. In Africa, I am Patron of the Rhino Ark in Kenya and the Cheetah Conservation Fund in Namibia, as well as being an Ambassador of the Mara Lion and Mara Cheetah projects. 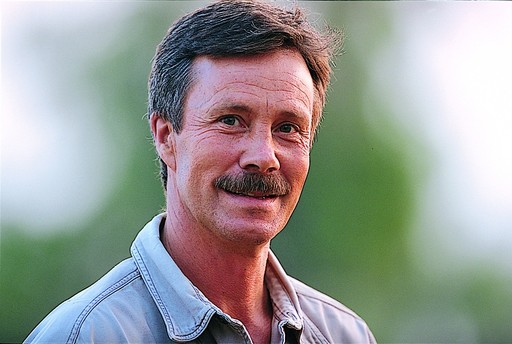 TL:  Both yourself and your wife, Angela, have won awards for your wildlife photography, do you have any tips for capturing the perfect shot?

If you want to take great wildlife pictures you need to understand your subject. Everyone should take the chance to research the place they are visiting next and find out how to get the best from the photographic opportunities. Every camp and lodge in Africa and India (another of our favourite destinations) will have a website with information about the local wildlife. For big cats, try to plan to be there when there are cubs on view. Being up before dawn and out till after sunset will ensure you get the best light for photography – the first and last golden rays of warm light to illuminate your subject. Look at what others have achieved with their images and try to create something different. Be inspired by all genres of photography – sports, lifestyle, cookery, weddings, reportage... and constantly evolve your own style! To step up from “snapping” memories of your travels to producing great images, you need to visualise the photographs you hope to capture and then execute them in the field.

Bhutan and Antarctica exceeded my expectations. The Bhutanese Buddhist way of life – one that respects all of life’s creatures – is an inspiration to Angela and myself alike. Antarctica meanwhile was the perfect antidote to years spent among East Africa’s charismatic big game – particularly its big cats that have been our obsession for most of our adult lives! Antarctica is a continent beyond reality; the abundance of wildlife and vast icescapes stun the senses. A safari to East Africa and an expedition to Antarctica are our two top travel highlights – something that everyone should try to experience in their lifetime. 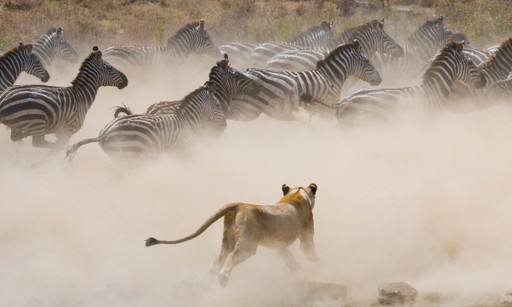 TL:  What are your favourite memories of your travel and photography experiences? Any great stories to share?

I always say that if I only had one day left in my life I would spend it right here in the Maasai Mara with Angie. We were married in the Mara 25 years ago – that is how much we love this place. Our other great love is Antarctica, we have made 17 expeditions to the frozen south, including a month-long semi-circumnavigation of the continent from Ushuaia at the tip of Argentina all the way to Christchurch in New Zealand. Plus two expeditions to photograph Emperor Penguins at their breeding colony on Snow Hill Island in the Weddell Sea. Unforgettable. We got stuck in the ice for a week on the Russian icebreaker Kapitan Khlebnikov on one of those expeditions, and were the most remote ship on the planet on another occasion. Visiting Scott and Shakleton’s Huts on Ross Island was equally unforgettable – Scott never returned after reaching the South Pole, so his hut is a very special place full of poignancy. It is an inspiration for all of us to live life to the full with courage and determination.

TL:  You’ve spent decades working in the Maasai Mara, how has the area changed over that time?

There have been huge changes. The Maasai community have become much more sedentary. Gone are the days when the Maasai could roam widely in search of food and water for their cattle. Communal ownership of land is a thing of the past. The old communally owned Group Ranches have been subdivided into 100 acre plots, each with individual title. The transition from owning cattle as a form of wealth – where cattle indicated a man’s standing in the community – to a cash economy is gradually gaining support. Children now go to school, primary school is compulsory in Kenya, rather than surrendering their future to a life tied to the upkeep of the family’s livestock. The Maasai are also being encouraged to manage their livestock, to fatten up the animals and then slaughter them rather than seeing them die off during the increasingly frequent droughts East Africa is prone to. Gone from much of Maasailand are the flat-topped dung-covered houses surrounded by a thorn bush enclosure to protect livestock from predators. Now the land is dotted with tin-roofed huts, while people ride motorbikes rather than travel on foot. 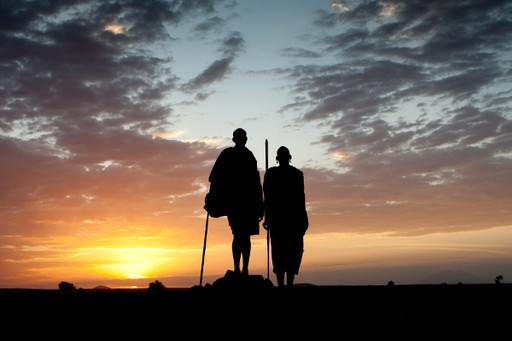 The Mara’s landscape is becoming more open. Grasslands are replacing the acacia thickets due to the cumulative effect of fires and a robust elephant population. The number of camps and lodges has increased enormously in and around the Maasai Mara. Many of the trees have fallen and the riverine forests been depleted due to ring-barking by elephants who tusk the bark of mature trees, allowing termites and disease to take their toll. You only have to spend time with a herd of elephants to see how they wander the open grasslands ripping out the tiny acacia seedlings, preventing the woodlands from recovering. With less coverage, the rhino population remains a shadow of its former self despite the efforts of anti-poaching teams.

However, despite all of this there is still nowhere to compare to the Mara when it comes to ease of viewing wildlife. Whether you're seeking big cats or the Great Migration, it's hard to think of a more diverse and vibrant place on earth.

TL:  It would be great to get your thoughts on what what role wildlife tourism plays in the ongoing struggle to protect these beautiful animals?

Without wildlife tourism, Kenya’s wilderness areas would surely disappear. Tourism is in the top 4 revenue earners for the Kenyan economy, generating a large chunk of Kenya’s foreign exchange needs while creating tens of thousands of jobs. The money that visitors pay in Park Fees during their safari helps to fund Ranger salaries, supports anti-poaching efforts and empowers local communities through the building of schools and medical dispensaries. There is huge pressure on Parks and Reserves from the burgeoning human population. Only by paying their way can they survive the clamour for land.

TL: Wildlife tourism does have its morally grey areas, do you have any advice on how our customers/wildlife lovers can see the animals of the Maasai Mara knowing that, in the process, they’re are supporting and investing their money in the future of these animals?

The area surrounding the Maasai Mara is private land owned by the Maasai. These lands still support large numbers of wild animals – there are no fences dividing the Reserve from the dispersal areas. Much of this land is now designated as Wildlife Conservancies. The landowners have agreed to keep these areas unfenced, creating partnerships with tour operators who bring tourists to the Conservancies, accommodating them in eco-friendly tented camps. The landowners are paid a fee per acre per year that is either better than or comparable to the rewards from ploughing up the land for agriculture or using it for intensive cattle ranching. The Wildlife Conservancies support some of the best game viewing in the whole of the Greater Mara, places where you can see all of the big cats with half the number of vehicles jostling for position found inside the Reserve. Elephant Pepper Camp and Kicheche Mara Camp in Mara North Conservancy are two of our favourites.

TL:   Our ethos is all about bringing travellers as close as possible to local expertise. Have you ever been saved by a bit of local advice?
To get the best out of travel you need to spend time with the local people, absorbing the culture and embedding yourself in the sights, sounds and smells of your destination. The only way to do that is to get out on to the streets and into the countryside to see how the real people live – avoiding the big international hotel chains that can isolate you from the very experience you are seeking.

In Africa, choosing the right camp is all about sourcing the best safari guides. A great guide can make or break a safari. On one occasion I was about to stumble on an old bull buffalo hidden in long grass as we climbed up the Siria Escarpment on the western boundary of the Maasai Mara. Our friend and local Maasai guide cautioned us to wait and climb up on to a termite mound before heading further in to the open grassland.  From our new vantage point, he pointed to a curved horn jutting from the top of the grass – an old bull with a broken horn lying right in our path. The bull would certainly have attacked us if we had stumbled on to him at such close quarters.

TL: Where’s next for you? What country will you be travelling to next?

We’ll soon be trekking gorillas in Uganda, and after that we will be returning to Sri Lanka – a wonderful leopard hotspot. Later this year, we will be filming in the Maasai Mara for a new wildlife TV series. Hectic, yes, but richly rewarding. I am 68 and Angie is 64 this year – but there is no retiring from the life we love.

If you would like to purchase Jonathon's book, The Big Cat Man, you can get 20% off your purchase by using the promotional code 'TRAVELLOCAL'. Click here to get your copy!

If you would like to find out more about Jonathan and Angie's important work in the Maasai Mara, click here to head to their website. Alternatively, if would like to embark on your own big game adventure, why not submit an enquiry to our local experts in Kenya?

Top 5 things to do in the Azores