There is no person more synonymous with wildlife documentaries than Sir David Attenborough. His voice is familiar with millions, of all ages and walks of life, even former US 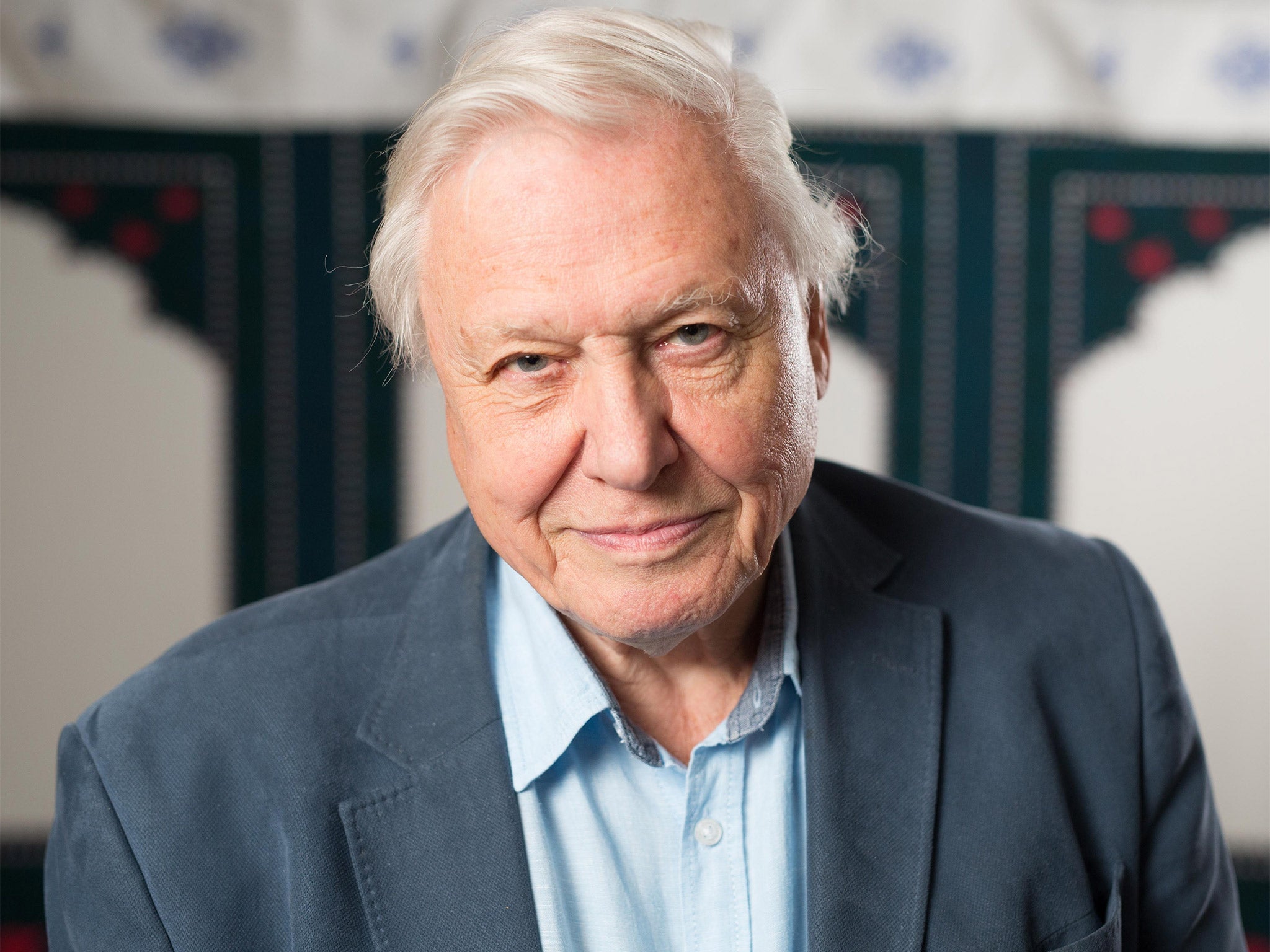 president Barack Obama is a self-confessed fan of the broadcaster.  Spanning over 50 years, Attenborough’s career has taken him to all corners of the globe, documenting hundreds of species of plant, animal, and marine life. Join us, as we reflect on his life behind the lens and the extraordinary locations and animals in the camera’s focus.

For many, Attenborough is the soothing voice that narrates the unfolding drama of the natural world, but he has had far greater impact upon wildlife documenting. In fact, Attenborough has been working with the BBC for as long as the corporation has been producing these documentaries, and has had significant influence on the fostering and development of the medium.

Throughout his childhood and young adult life, Attenborough had a fascination with the natural world. As a boy he would collect newts for his father, a scientist at University College Leicester. He would then go on to study geology and zoology at Cambridge University. What drove him to move into documenting wildlife for television, however, was not his interest in animals, but a burning desire to explore the world.

“I remember as a teenager, shaking hands with someone who’d been to Singapore. Singapore, the Mystic East…. I had never been outside Europe, I’d only been to France about twice, because of the war and one thing or other. But just the thought of going to foreign parts was so exciting, and birds, and natural history - animals, were the obvious things that could take me there.”

Madagascar and the indri

1960: The 7th series of the Zoo Quest was about to begin filming, its focus on Madagascar and its remarkable biodiversity. The oldest island on earth, Madagascar offered a wonderful opportunity for filming with 92% of animal life and 89% of plant life found nowhere else. 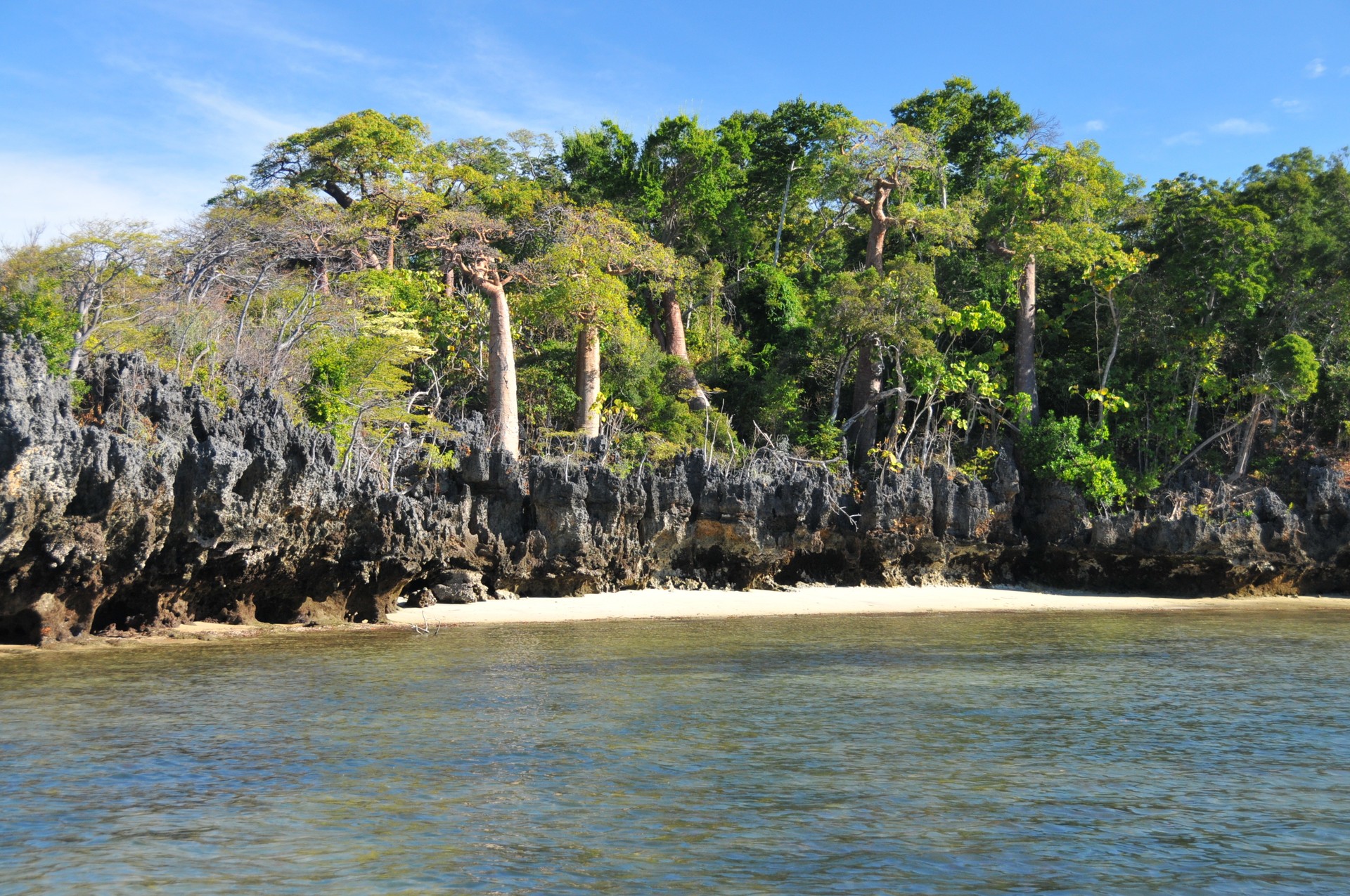 Attenborough was particularly interested in finding the largest species of Lemur, the indri, located in the north eastern forests of the island. Ancient tales of these unique primates describe the indri as ‘dog-headed men’.

Finding the noisy animals was easy enough, but filming them was far more challenging. The two man crew - Attenborough and his cameraman - could only shoot for two minutes before their film reel needed to be switched, and their cameras lacked any ability to zoom in on their subjects. To add to this, the indri were incredible nervous of humans and had often fled before they could get close. 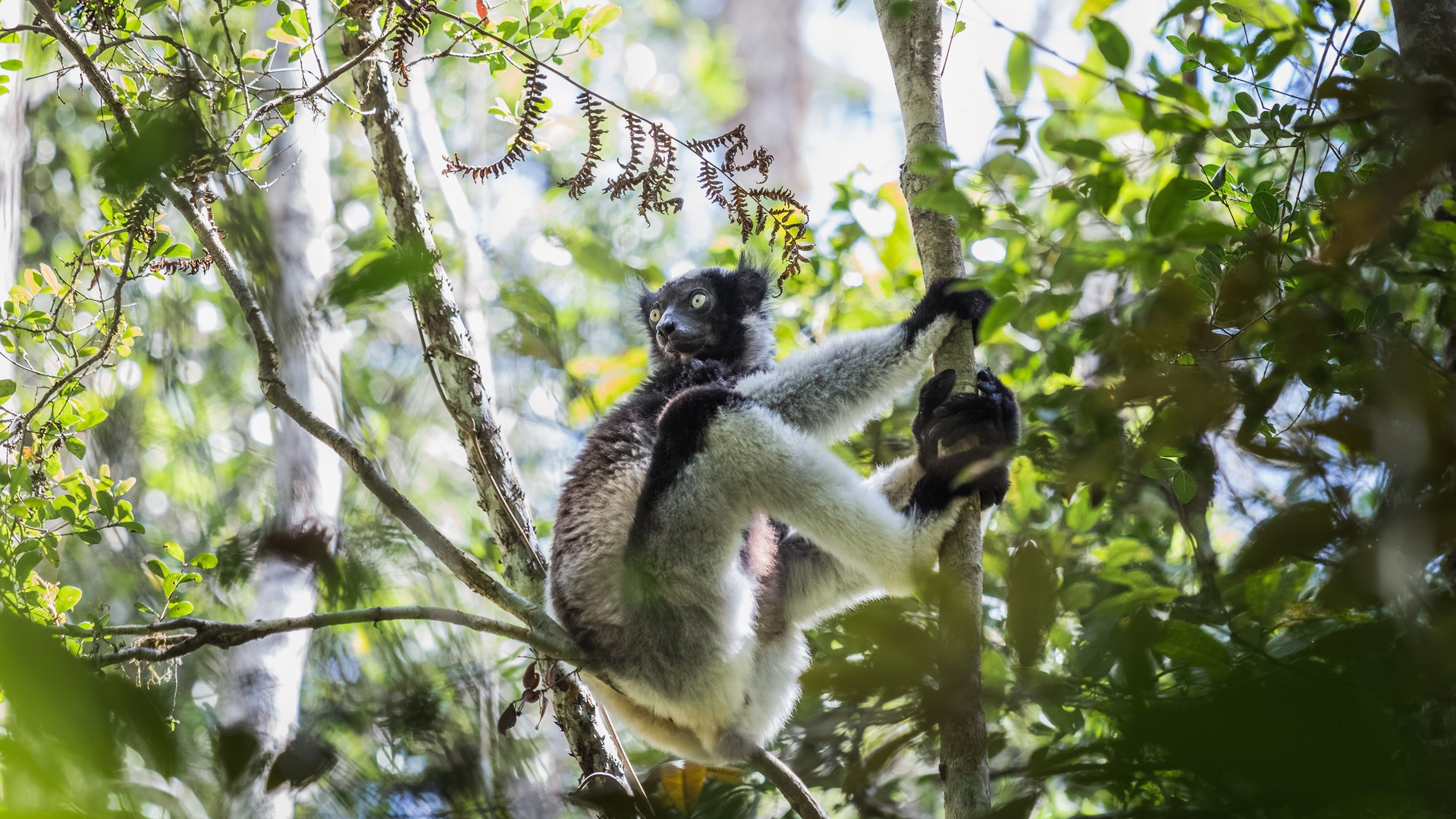 Attenborough had the idea to record and playback the lemur’s cacophonous calls into the forest. This peaked the indri’s curiosity and coaxed them close enough to be captured by the camera. It would be the first time these lemurs had ever been filmed alive.

Today these beautiful animals are critically endangered as a result of deforestation. Wildlife tourism to Madagascar offers a future for the indri and other endangered species of Madagascar, offering financial incentive for local peoples to protect the amazing biodiversity around them. 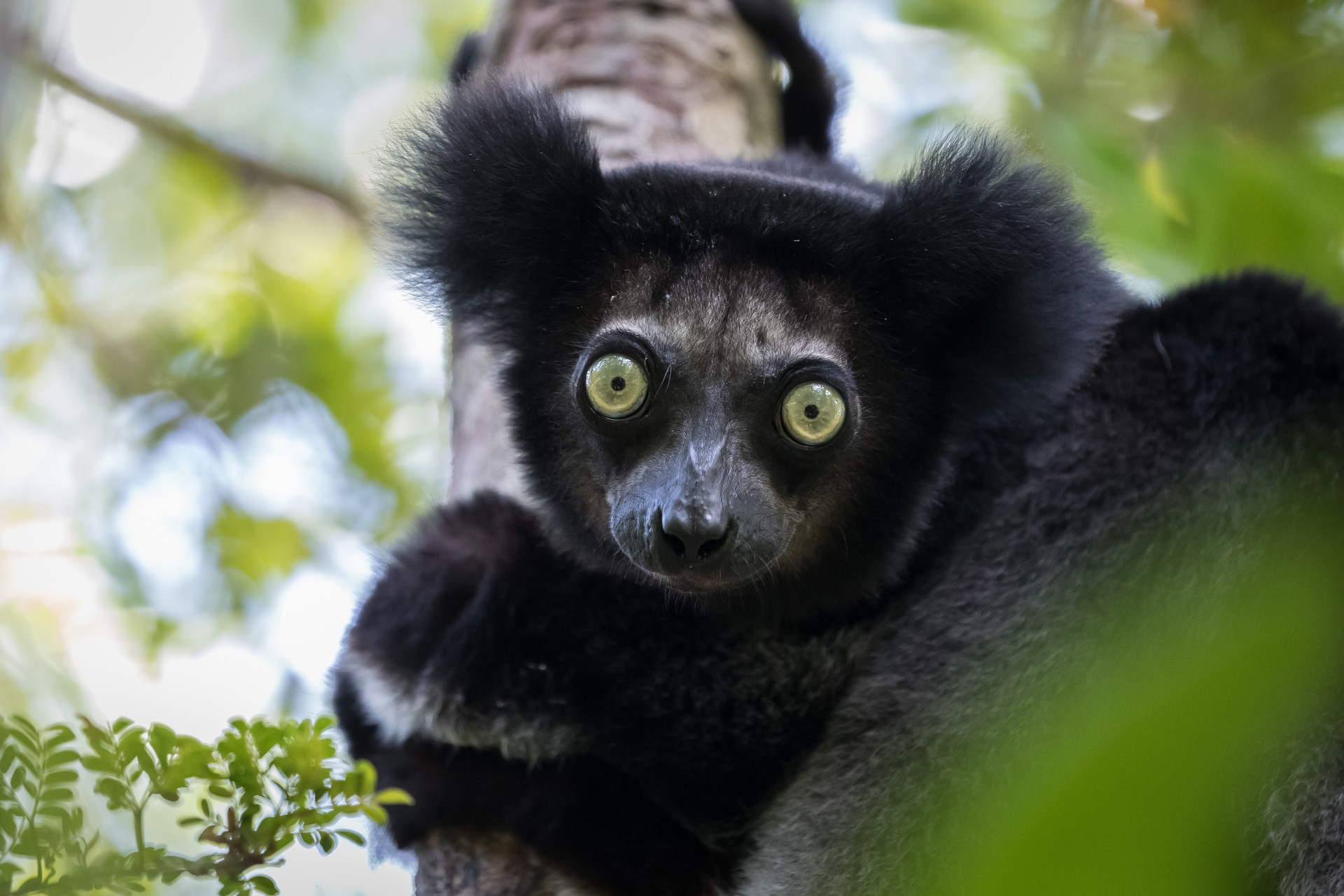 The Komodo dragons of Indonesia

Another highlight of Attenborough’s early career was his expedition to Indonesia in search of a mysterious and fierce inhabitant of the country’s southerly islands, the Komodo dragon. Found on the islands of Flores, Gili Motang, Padar, Rinca and Komodo, these giants are the largest living species of lizard, growing up to 3 metres long and weighing around 70 kilograms. 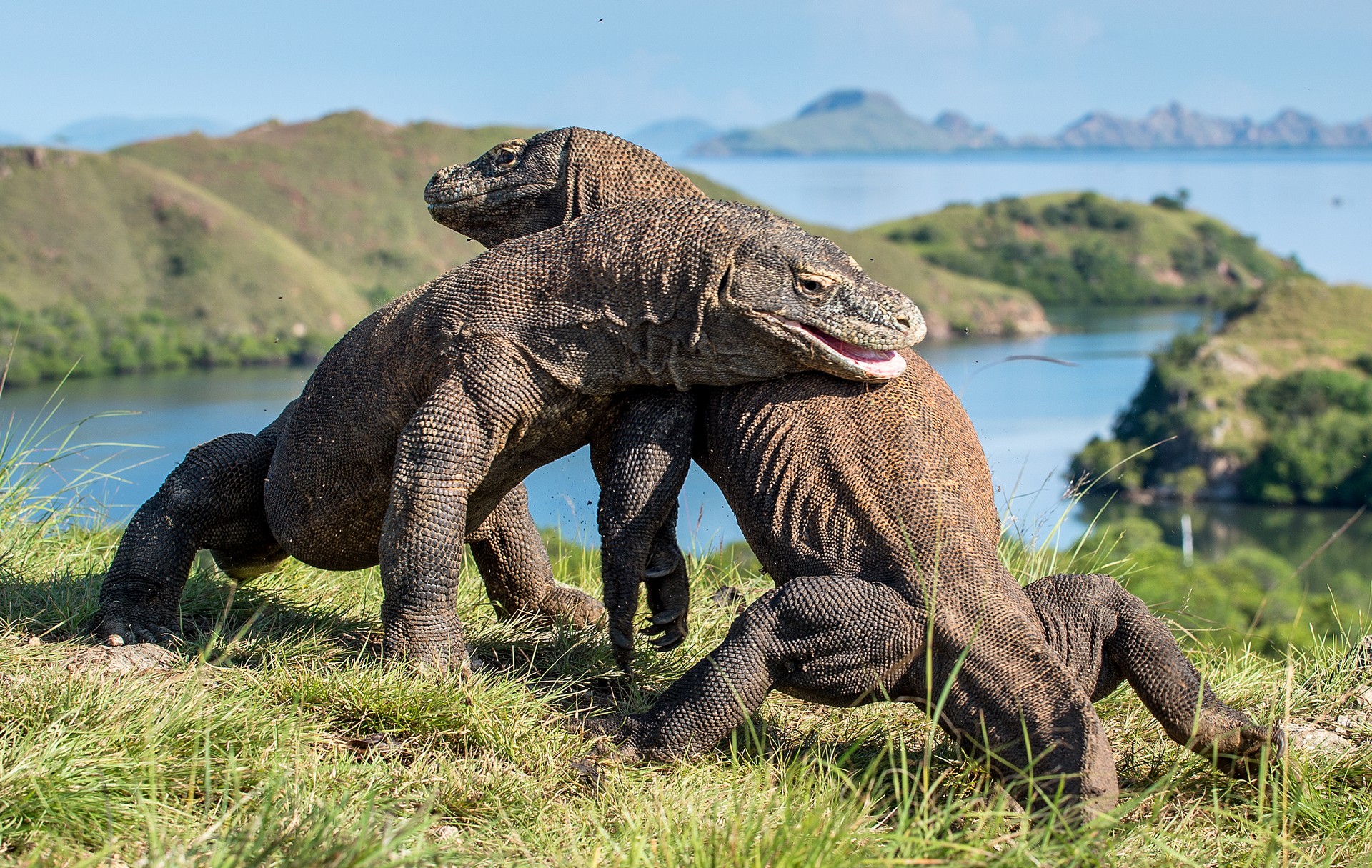 As well as making the first documentations of these fierce giants on film, Attenborough and his crew were also there to collect them. Part of the crew’s journey involved capturing the animals so that they might be introduced to zoo breeding programmes. In the later years of his life, Attenborough has expressed regret in partaking in this.

“In the 1950s we collected animals for zoos which never bred, or were not likely to breed. And that I regret.” 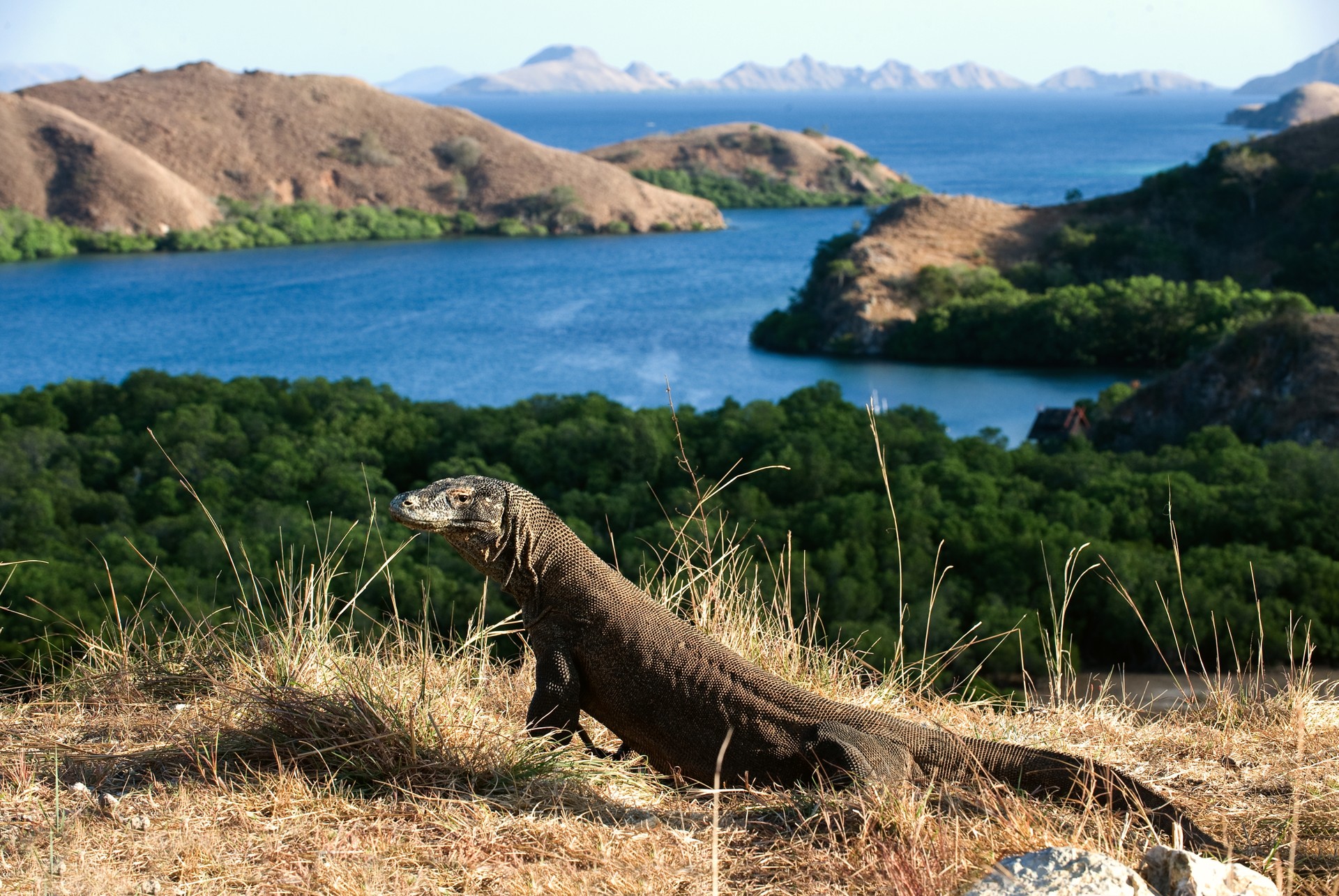 For those that wish to see these mysterious giants for themselves, there is now a much more ethical way to do so. Much of the island of Komodo is now a national park, set aside for the preservation of the dragons, which allows visitors. Outside of Komodo, hundreds of the many thousands of islands in the Indonesian archipelago are must visit destinations for wildlife lovers. 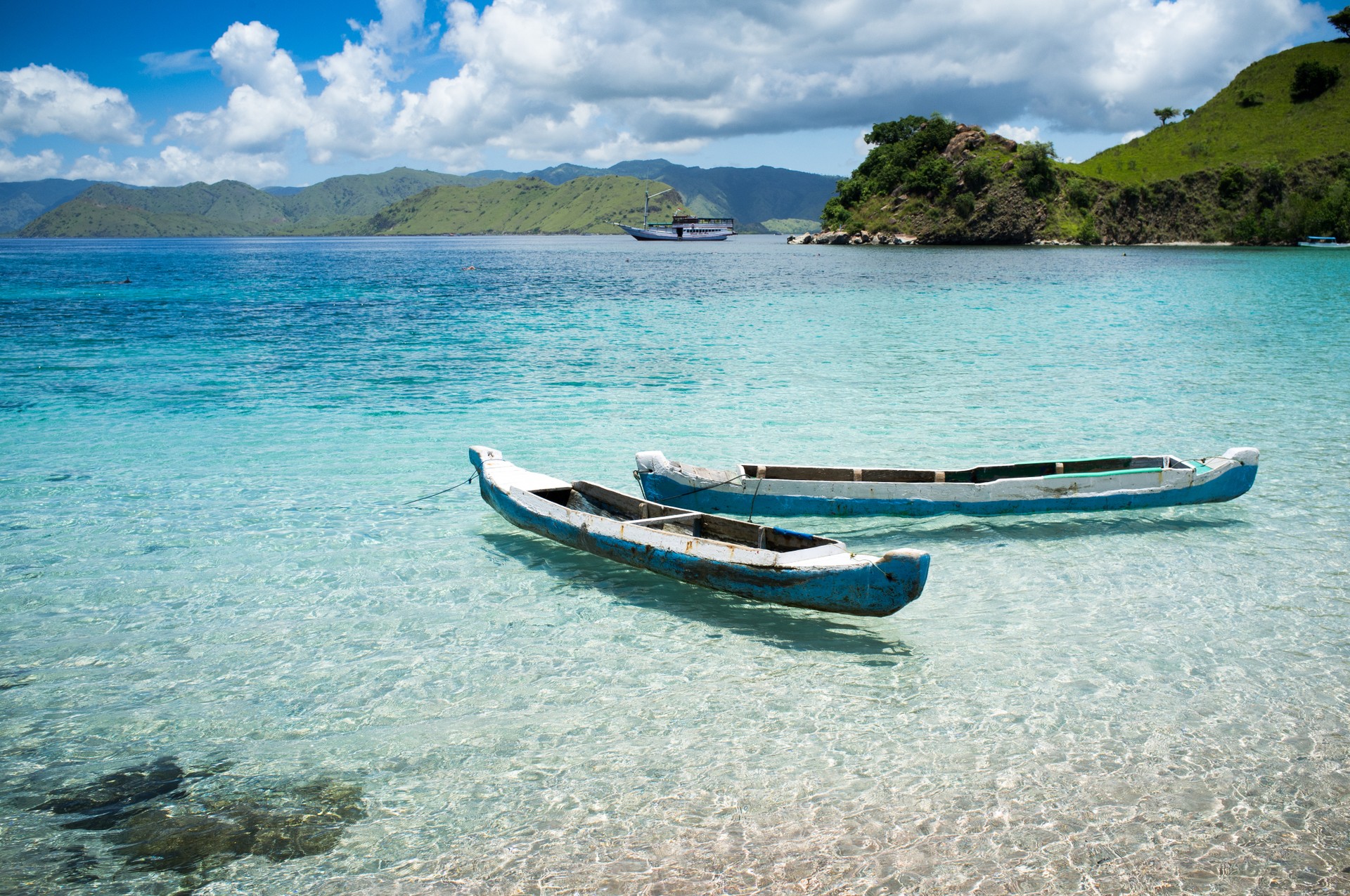 The Tanjung Puting National Park on the island of Borneo is host to a wide array of wildlife, including the endangered close cousin of man, the orangutan. The waters around Papua island in the most southeasterly corner of the archipelago are home to the richest variety of marine life found on earth, making it one of the best spots in the world for diving and snorkelling. 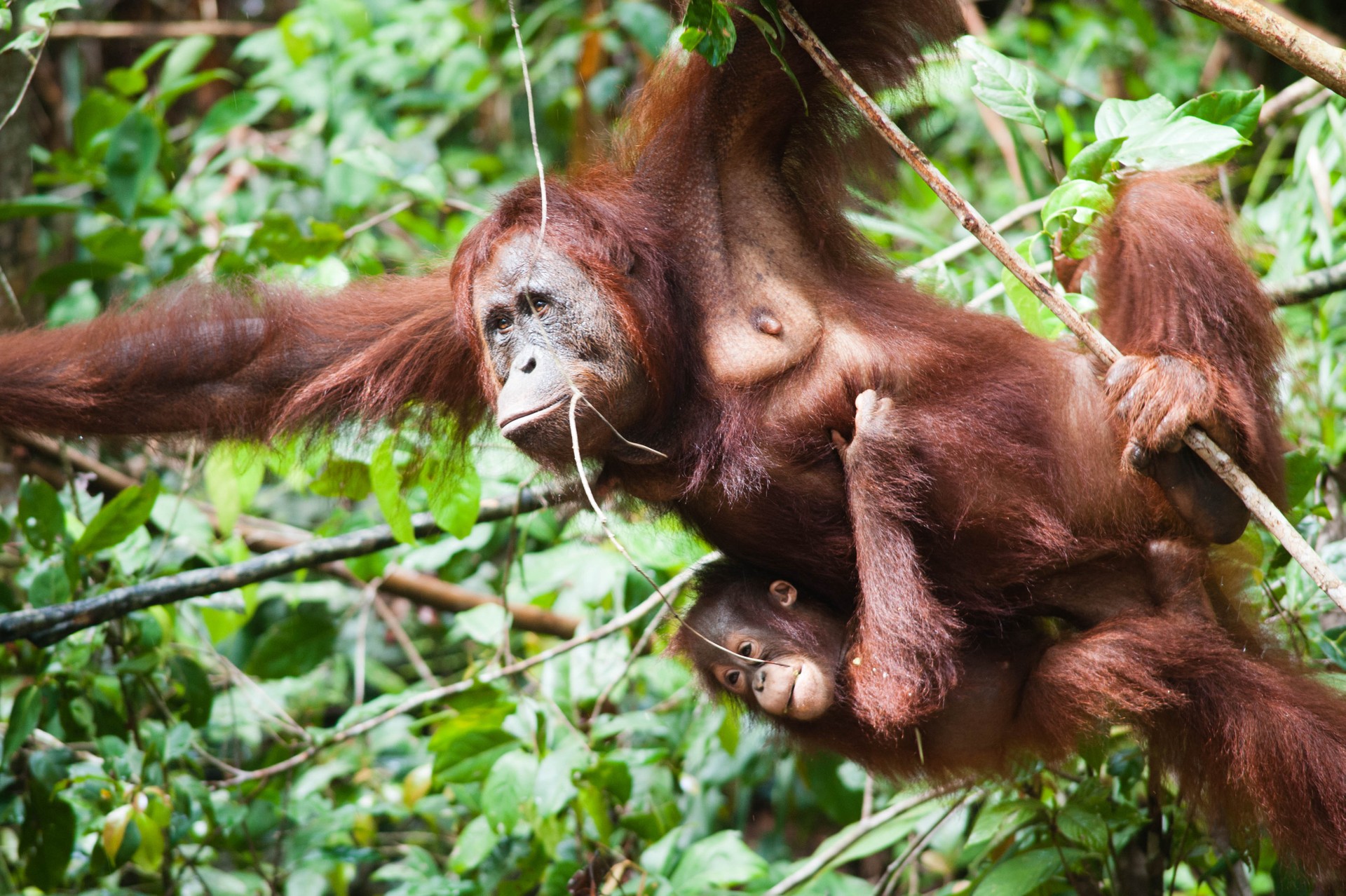 Filming the elusive snow leopards of the Himalayas

There is one animal that has proven elusive to both Attenborough and the BBC filming crews. Living isolated lives in the high mountains of the Himalayas are the few remaining snow leopards. Filming this shy and well camouflaged cat in an area of 2,000,000 square kilometres has proven a near-impossible challenge for the BBC, lasting over 20 years. In 2006 the BBC employed a crew far larger than Attenborough’s two man contingent in the 60s, 3 camera operators, 2 assistants, and 11 local guides. They focused their search in the staggeringly beautiful Hemis National Park in India. The park is the largest  in South Asia and has become a vital spot in conservation efforts to protect the snow leopard and other endangered species like the Tibetan wolf and Eurasian brown bear.

Over 6 weeks the crew captured the most complete footage of these animals to date, including the first ever hunt caught on film. Justin Anderson, producer for the shoot, attributed their success to one thing, the expertise of the local guides.

"We were incredibly lucky to have the guides we had, and they all really became a part of the team. Pretty soon after we arrived we realised that the whole thing just wouldn't function without them,"

Although trips to see snow leopards are available, a visitor is unlikely to see one in the wild given their rarity. There are, however, a number of reasons to visit the roof of the world, chief among them the staggering beauty of northern India. One could spend weeks exploring the beautiful hills and valleys. There are no hotels within Hemis National Park, but the six villages across the area offer homestays.

India is not the only nation to make positive steps to protect these beautiful animals, conservation efforts have also begun in Nepal with the opening of the Annapurna Conservation Area Project.

In recent years, through continual refining of cameras and filming techniques, the BBC's wildlife documentaries have taken on a cinematic quality. Nowhere is this more evident than in the most recent BBC series Planet Earth II. Using drones, helicopter rigs and camera traps, the BBC filmed animals with an intimacy never seen before. Planet Earth II would revisit the indri lemur, the Komodo dragon and snow leopard, highlighting just how far these documentaries have come from two men and a single 16mm camera. 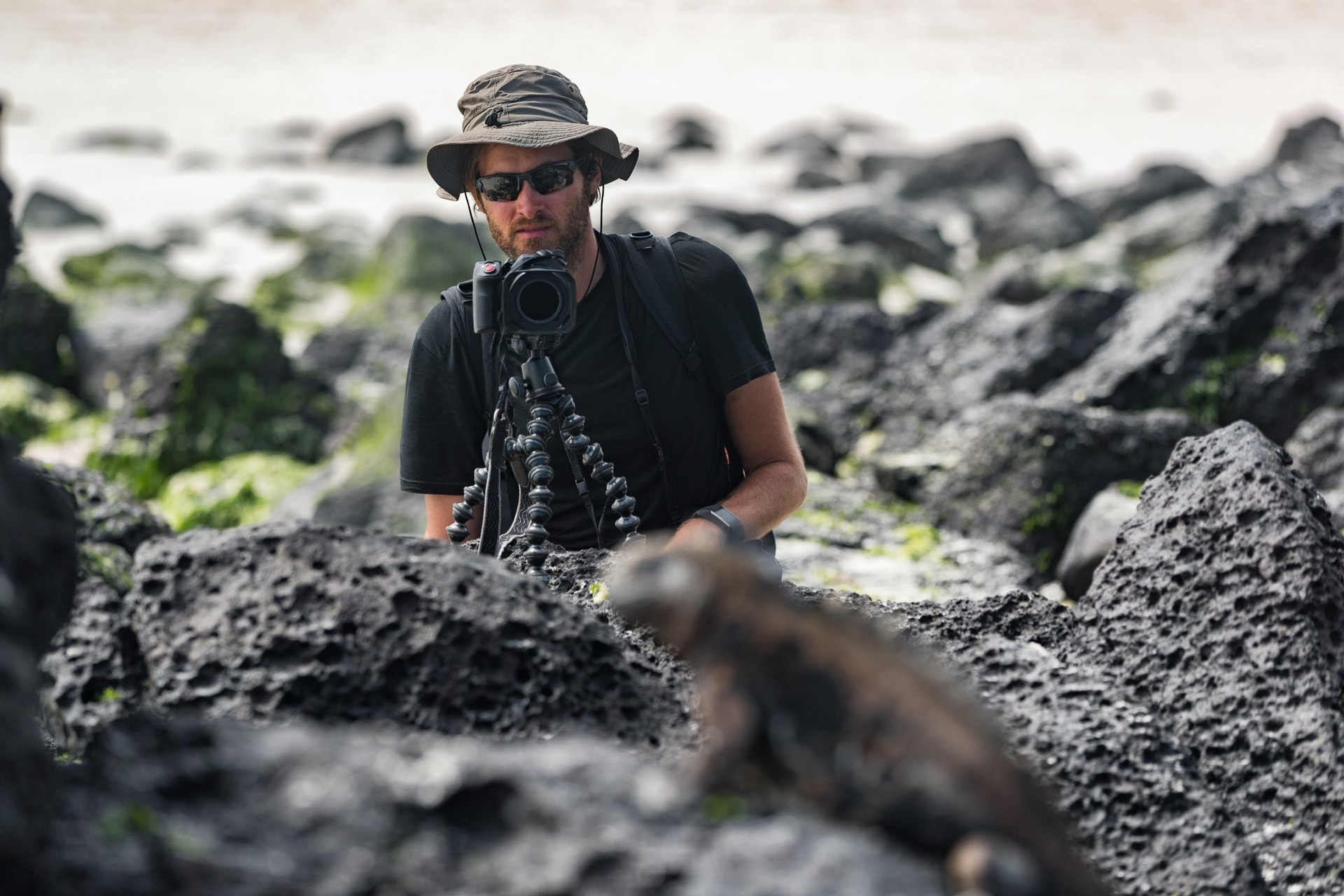 The pinnacle of this technology is best demonstrated in one of the most thrilling sequences in the history of television, a newly hatched iguana racing for its life whilst pursued by nightmarish hordes of racer snakes. The famous sequence was shot on the volcanic Island Fernandina in the Galapagos. Much like many of the sequences that Attenborough and the BBC have produced, this was the first time this hunt had ever been captured on camera.

Much like Indonesia and Madagascar, the isolation of the Galapagos Islands have meant that a wide array of unique plant and animal life have to come thrive there. The variety of wildlife found on the islands has made it a must-visit destination not just for documentary makers, but also esteemed naturalists like Charles Darwin. Many of the species on the islands lack a fear of humans, making it one of the best locations for wildlife lovers to observe and photograph animals in the wild. 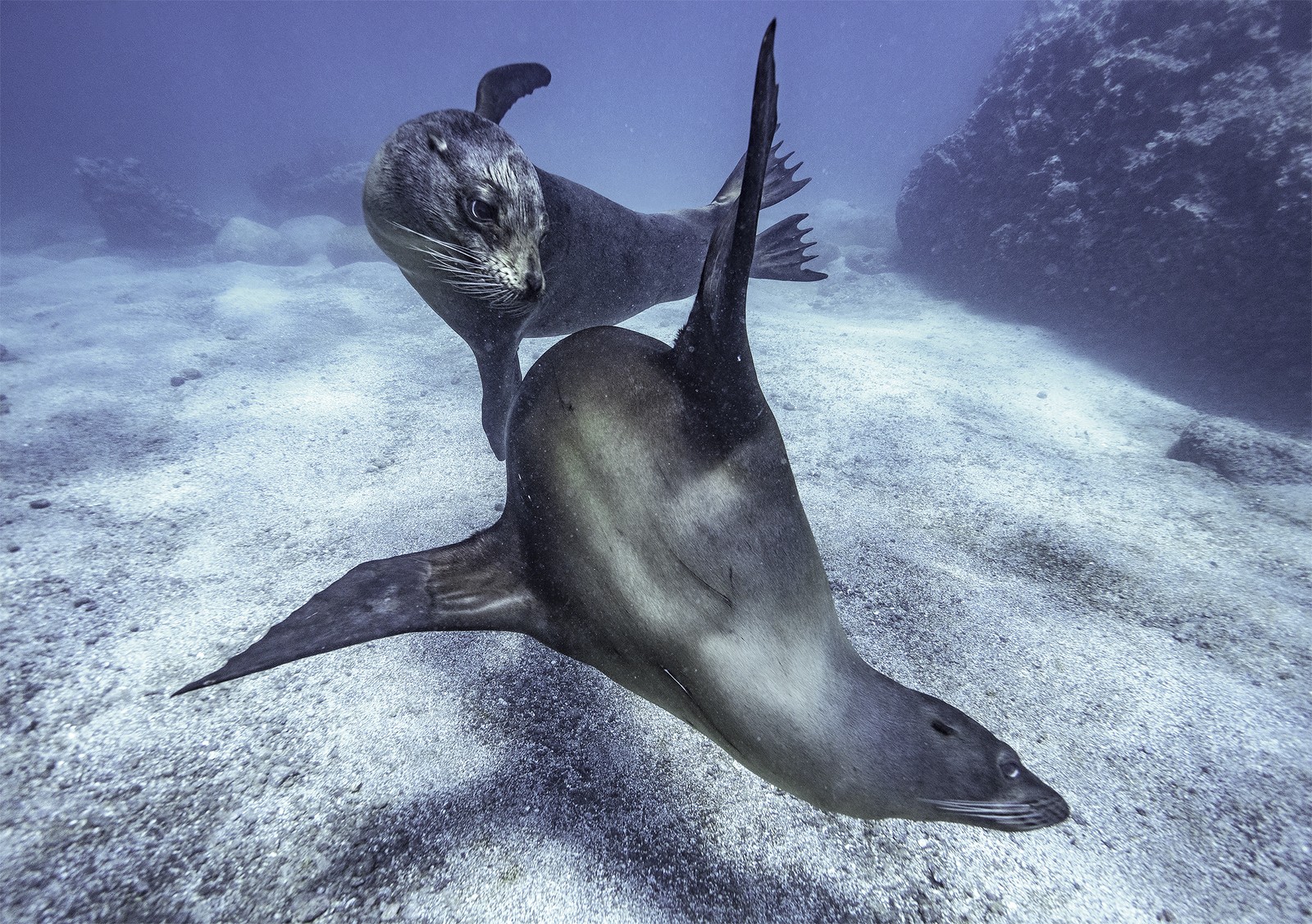 Not only has filming technology and technique advanced drastically within Attenborough’s career, but so too have attitudes toward the treatment of animals. Dedicated parks and conservation efforts are offering a viable future for these endangered creatures through eco-tourism. If you wish to support these animals and enjoy the once-in-a-lifetime chance to see them in the wild, why not make an enquiry to one of our local experts in Madagascar, Indonesia, India or the Galapagos? To speak to someone in the TravelLocal office, please call +44 (0) 117 325 7898.