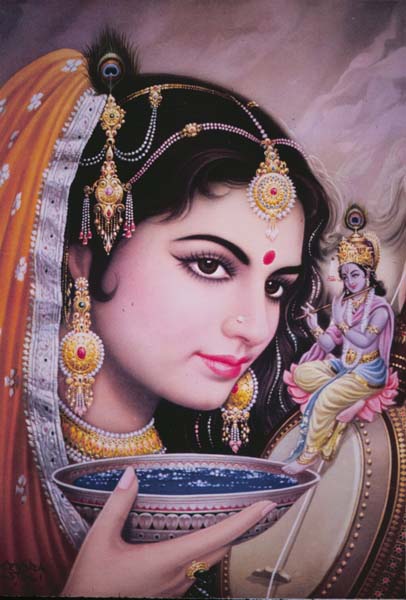 The life and legends of Meerabai are full of intrigue and devotion, and have an enduring significance to the people of India and beyond. Her spiritual stance and determination to break with convention have been a source of strength and creative inspiration to Hindus for centuries.

Meerabai (or Mirabai) was a Rajasthani princess who chose to devote her life to writing mystic poetry and bhajans intended to please her chosen god, Krishna. Her marriage to Prince Rana Bhojraj of Sisodia was conceived for political reasons and was supposed to calm the tensions between the two kingdoms, but as Meerabai already considered herself married to Krishna, it was not a successful union.

Eventually her husband’s family felt that Meera was denting their pride with her behaviour and legend has it that they attempted to dispatch her in a number of ways, but all were thwarted. She was tricked into drinking poison, but it had no effect; a deadly snake was disguised in a bouquet of flowers, but she came to no harm. The Sisodia family decided the best way to be rid of her was to send her away, and that is when she began her journey to Northern India.

In the present day, Meerabai is still considered one of the most important female saints in India, and her poetry and songs are still practised and performed. Some of the places that were significant in her life and travels are detailed here for your inspiration. 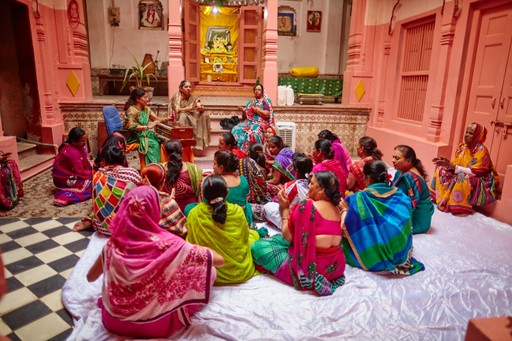 When she could not be persuaded to cease her devotional activities, Meerabai left Chittor and went to Vrindavan, childhood home of Krishna, where she spent some years at a monastery. This was later transformed into a temple in her memory, and is now one of the many holy sites where Hare Krishna pilgrims congregate. It is a simple construction with classical Rajasthani features and plenty of greenery in the temple courtyard.

An hour from Pushkar in Rajasthan is Merta city, birthplace of Meerabai and home to a temple and museum in her name. The museum is housed in a rosy stone palace which was once her childhood home. The building which was her birthplace is no longer standing, but the palace where she grew up has been sensitively repurposed as a showcase for the key events and attitudes of her life. 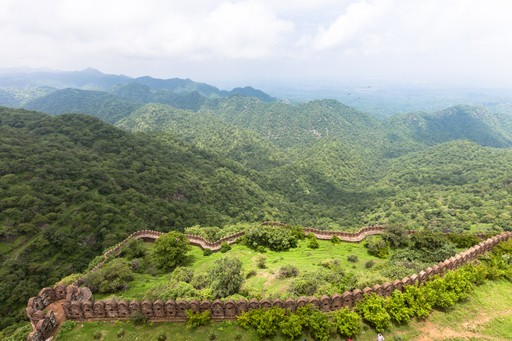 When Meerabai was married, she followed conventional Indian tradition by going to live with her groom’s family. The place she called home was the magnificent Chittorgarh Fort near Udaipur, one of the largest in India and one of Rajasthan's most visited sites. The site is impressive, covering the best part of three square kilometres and sitting on a high bluff above the town. The section of the palace associated with Meerabai is ruined internally, but you can still visit. There is also a temple devoted to Meerabai nearby, built for her by her in-laws when she was still in favour.

This centuries old temple is popular with Hindu pilgrims as it is thought to have been built above Krishna’s original residence, and it is also the temple where Meerabai is said to have disappeared. Dwarka town is not a destination that sees many western tourists, though it has plenty of domestic visitors who come to see the magnificent temple with its intricately carved Jagat Mandir tower reaching nearly 80 metres skywards. It's an impressive site, especially around the time of Krishna’s birthday celebrations when it is busy with the hubbub of pilgrims and drummers marking the important date. Legend states that when Meerabai visited the temple, she simply disappeared mid-song in front of several witnesses, and all that remained of her was a scrap of her sari. Her devotees believe she dissolved into love for Krishna.

Inspired to follow in Meerabai’s delicate footsteps? Travel Local has teamed up with the fantastically knowledgeable local experts who will be happy to assist you with planning your Meerabai tour. All they need are a few details to get the planning underway. If you have general questions or want to chat to chat about your travel plans, you can reach us in office on 0117 325 7898.