Cape Town is South Africa’s cosmopolitan capital. Fringed by pearl-white beaches and dwarfed by a 500 million year old mountain there is no other city quite like it. If you are planning a safari trip or a foray up the Garden Route, then we still highly recommend saving a few days of your holiday to take in its spectacular sites at some point on your holiday. From hiking to the top of Lion’s Head for the sunset to strolling through artisan food markets and taking in the most spectacular African art in state of the art galleries, here are our top 10 things to do in and around Cape Town. 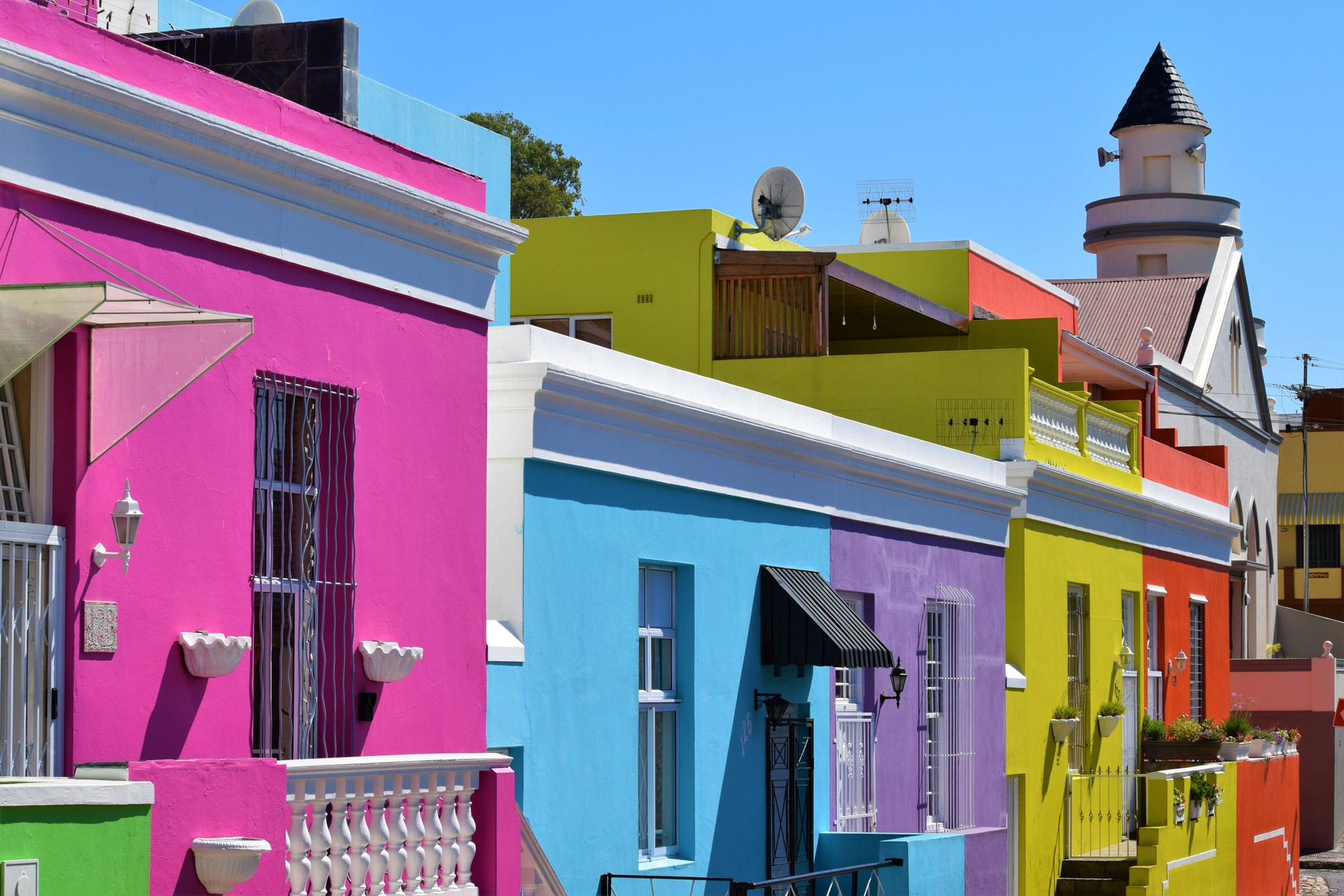 1. Scale Table Mountain and watch the sunset from Lion’s Head

No trip to Cape Town is complete without making the journey up to the peak of Table Mountain where the views over the city and surrounding bays are simply spectacular. For those who are less fleet of foot, the good news is that you don’t even have to be a keen hiker to experience the views, as you can hop into a Cable Car at the City Bowl which takes you right up to the top. 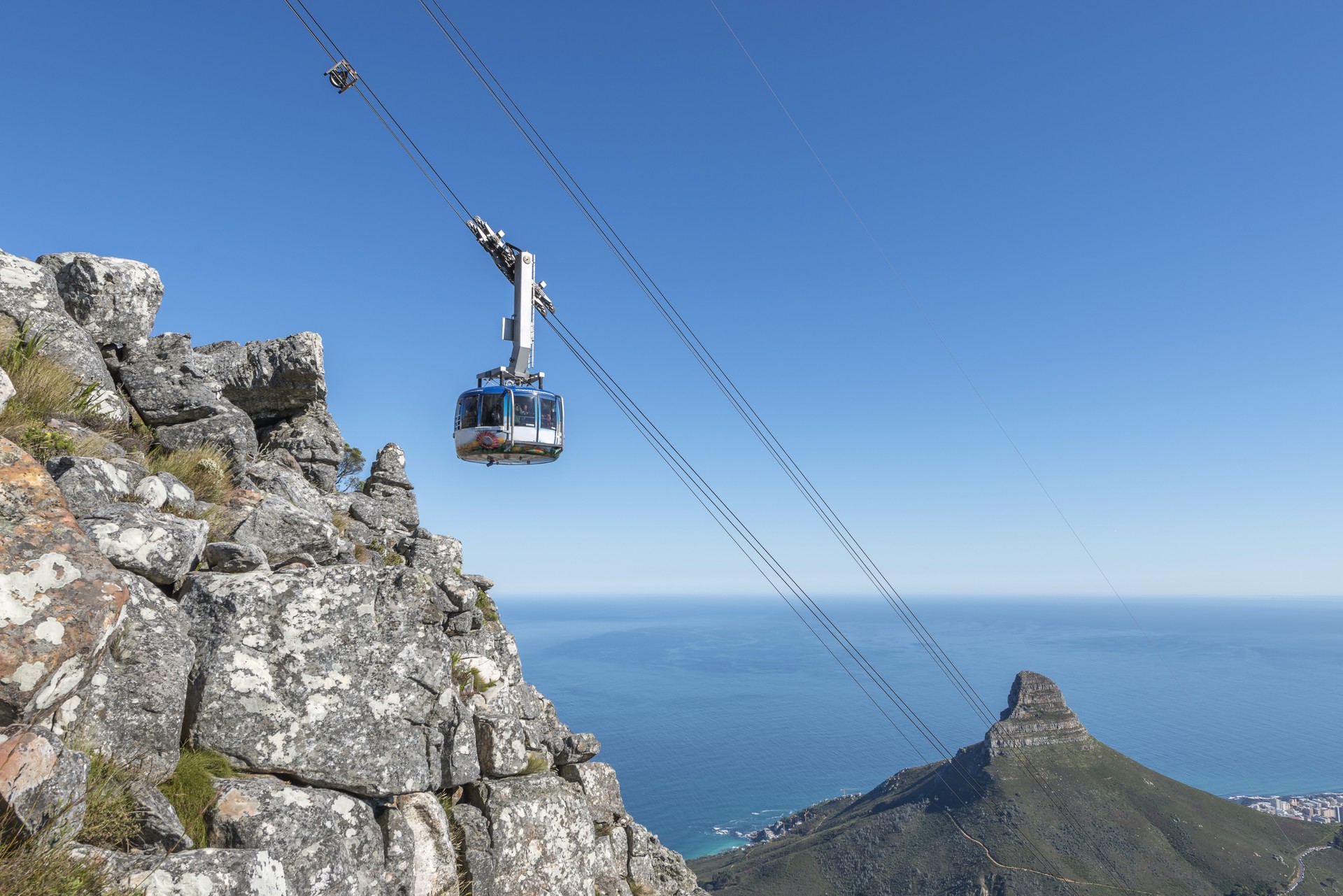 If you are able however, our local expert recommends walking up the mountain. The less strenuous route is Plattekloof Gorge which takes around one and a half to two hours and allows you to take in the country’s stunning botany as you go. The tougher route - Skeleton Gorge - is also the most spectacular, however you should allow about five hours to make the ascent and be relatively fit. 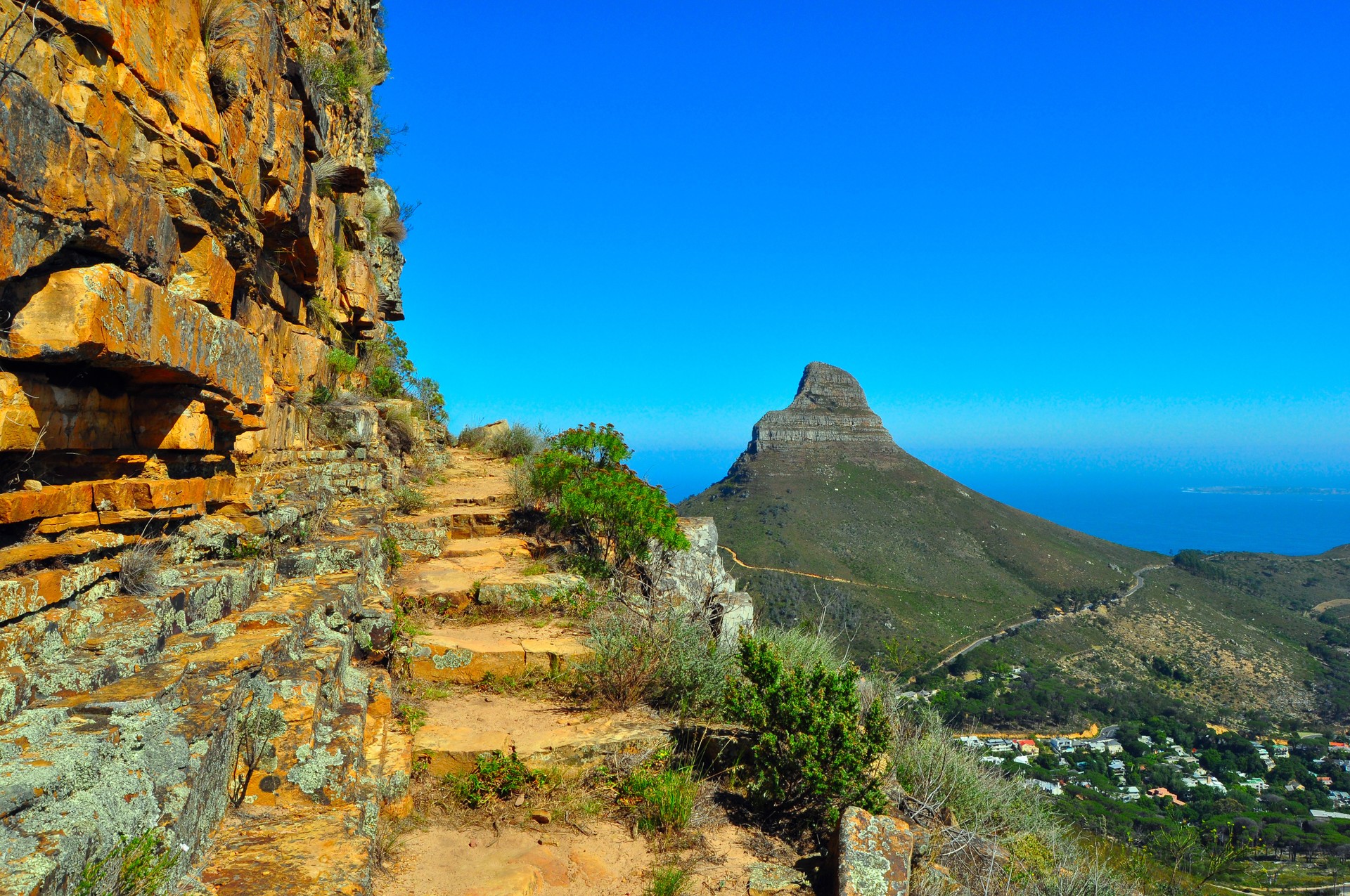 Another popular hike takes you to the top of Lion’s Head and the best time to undertake it is shortly before sunset. At the top, you will be rewarded with breathtaking panoramic views. The city’s lights will begin to twinkle below you as the sun sets over the seemingly endless ocean. Simply stunning. The trail to the top of the mountain is a loop and takes around one hour to complete. Make sure you pack a torch and an extra layer for the way back down, and be aware that this is a popular route, so you’re likely to share this magical moment with other walkers. If you want a greater chance of having the peak to yourself, then why not hike up to see the sunrise instead? 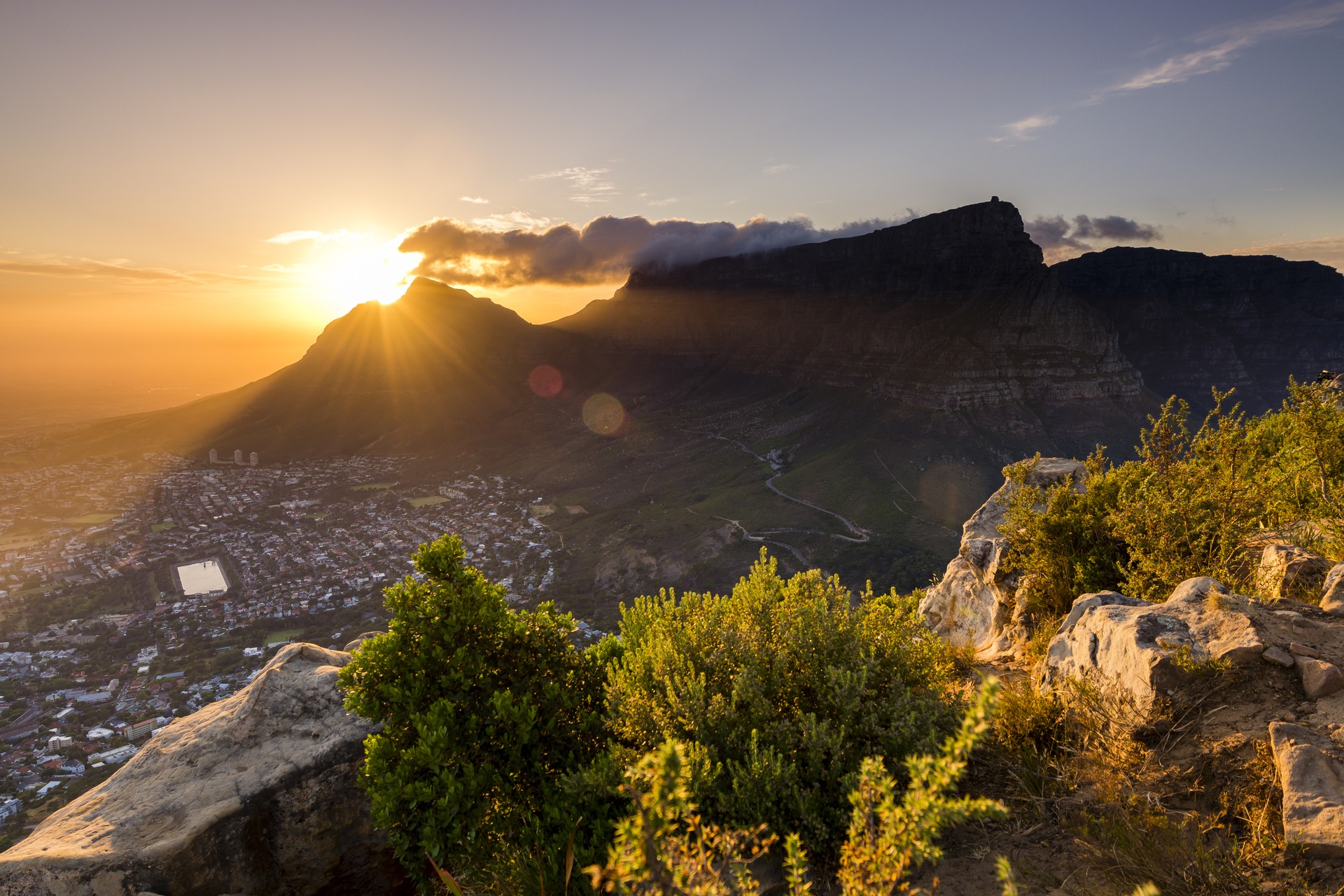 2. Sample the Neighbourgoods Market at Woodstock

If you’re a fan of local produce then you should head to one of Cape Town’s fantastic artisanal markets. Our favourite is the Neighbourgoods Market held every Saturday in The Old Biscuit Mill in the heart of Woodstock. Park up on one of the area’s pretty colourful streets and follow the intoxicating smells of sizzling braais, fresh bread and locally made cheeses to the undercover market. One hall is filled to bursting with South Africa’s incredible produce - stalls selling plump mushrooms, fresh fruit and vegetables, billtong, ostrich steaks, cheeses, honey, breads, wines and pastries - and the other is a buzzing food hall, where Capetonians come to relax and enjoy a drink and delicious cuisine on a Saturday. Grills sizzle with burgers, boerewors, halloumi and seafood, paella steams in wide dishes hung over coals and curries waft enticing scents from all corners of the hall. This is where to go if you want a flavour of what the locals enjoy… 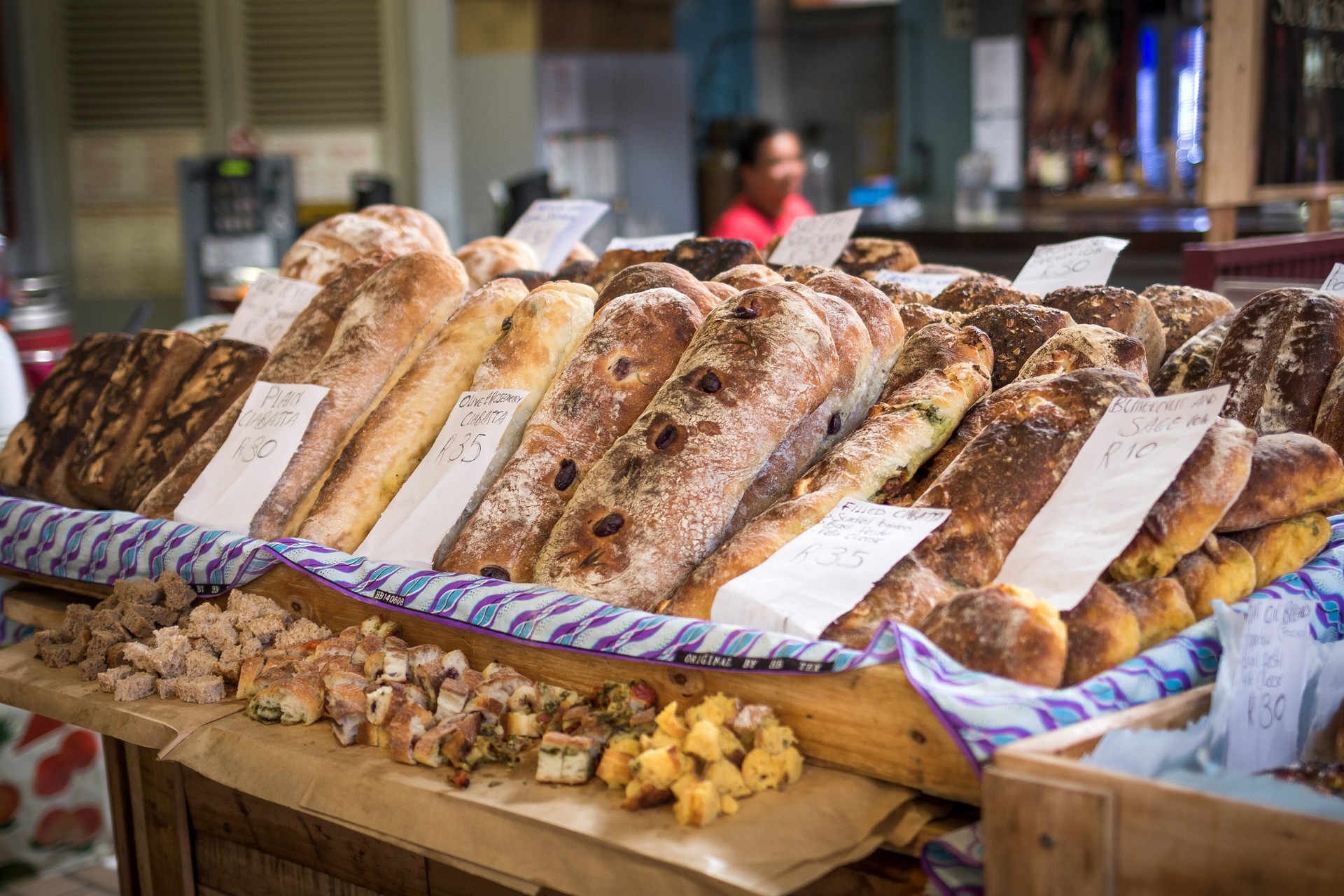 Regardless of whether you are a history buff or not, Robben Island is well worth a visit. On this odd little island is the infamous prison that housed Nelson Mandela for 27 years, as well as many other political prisoners taken during apartheid. There has in fact been a prison on the island since the 17th Century when the Dutch originally colonised South Africa, and over the years it has doubled as an asylum and a leper colony. 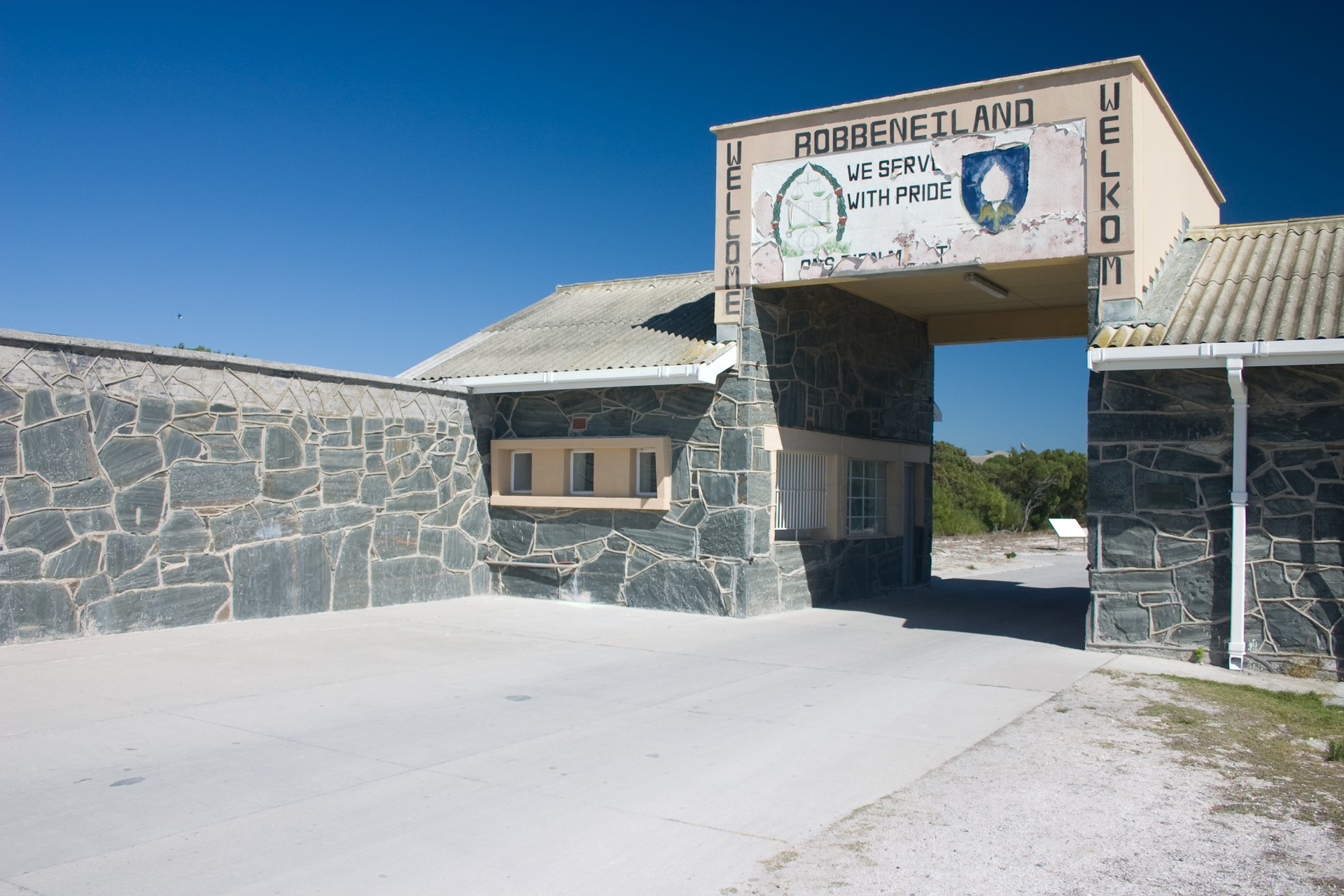 These days, the low-lying buildings are simply left as a haunting reminder of the hardship that was faced by the inmates and is a recognised UNESCO World Heritage Site. To visit the island, go to the Victoria & Albert Waterfront and climb aboard one of the boats that leave throughout the day. Tours generally last around three and a half hours and the boats leave at 9am, 11am, 1pm and 3pm daily. For more information about the island have a read of our brief guide. 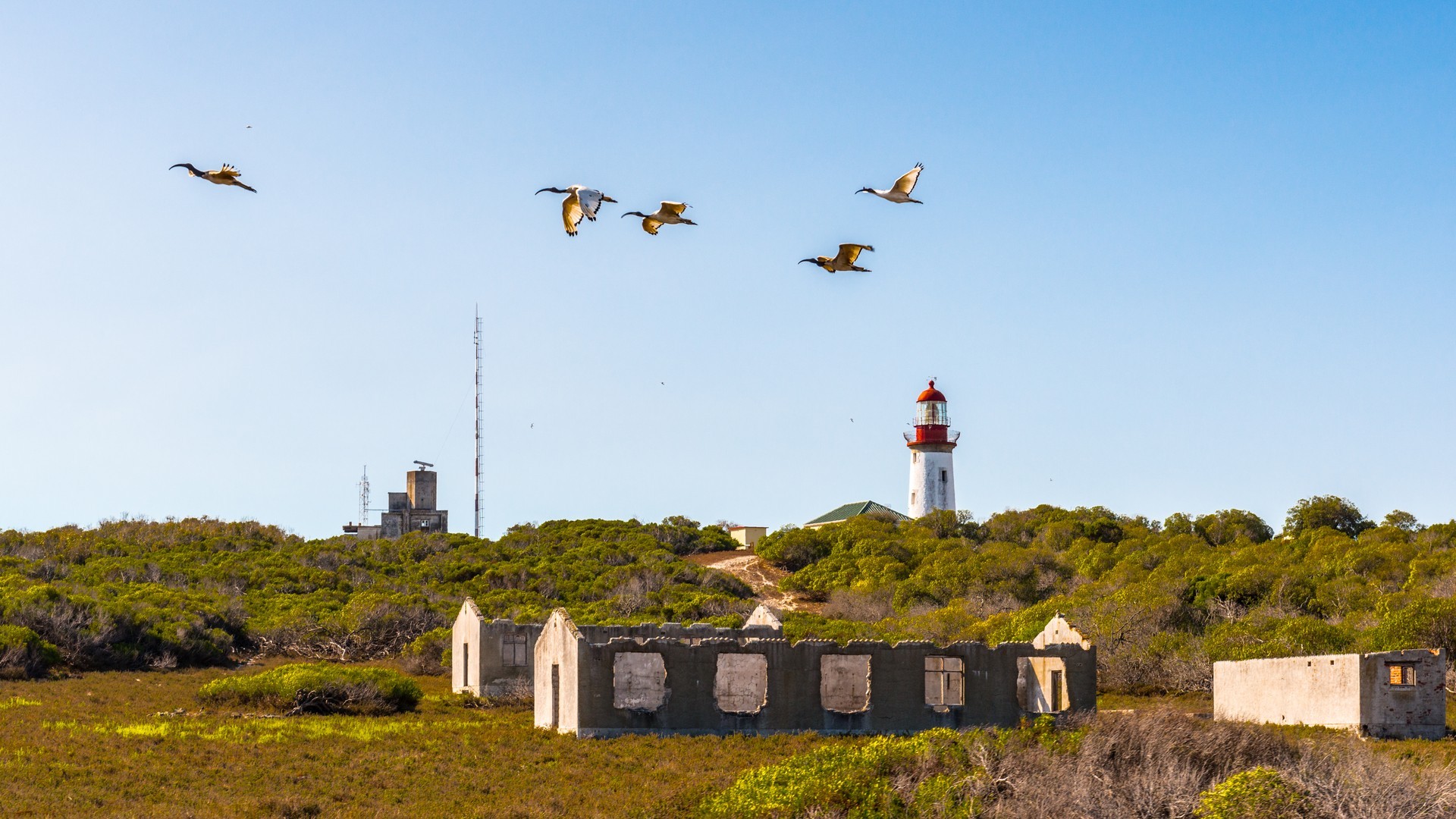 The Victoria & Albert Waterfront is indeed the touristy bit of town, but don’t let that put you off too much. It’s a fabulous area all around the harbour with fine restaurants, great galleries and all the best little shops for souvenirs. Stroll the promenade and enjoy the views of Table Mountain, then duck into the shade of a sun umbrella and enjoy a crisp glass of wine produced just a short drive away. 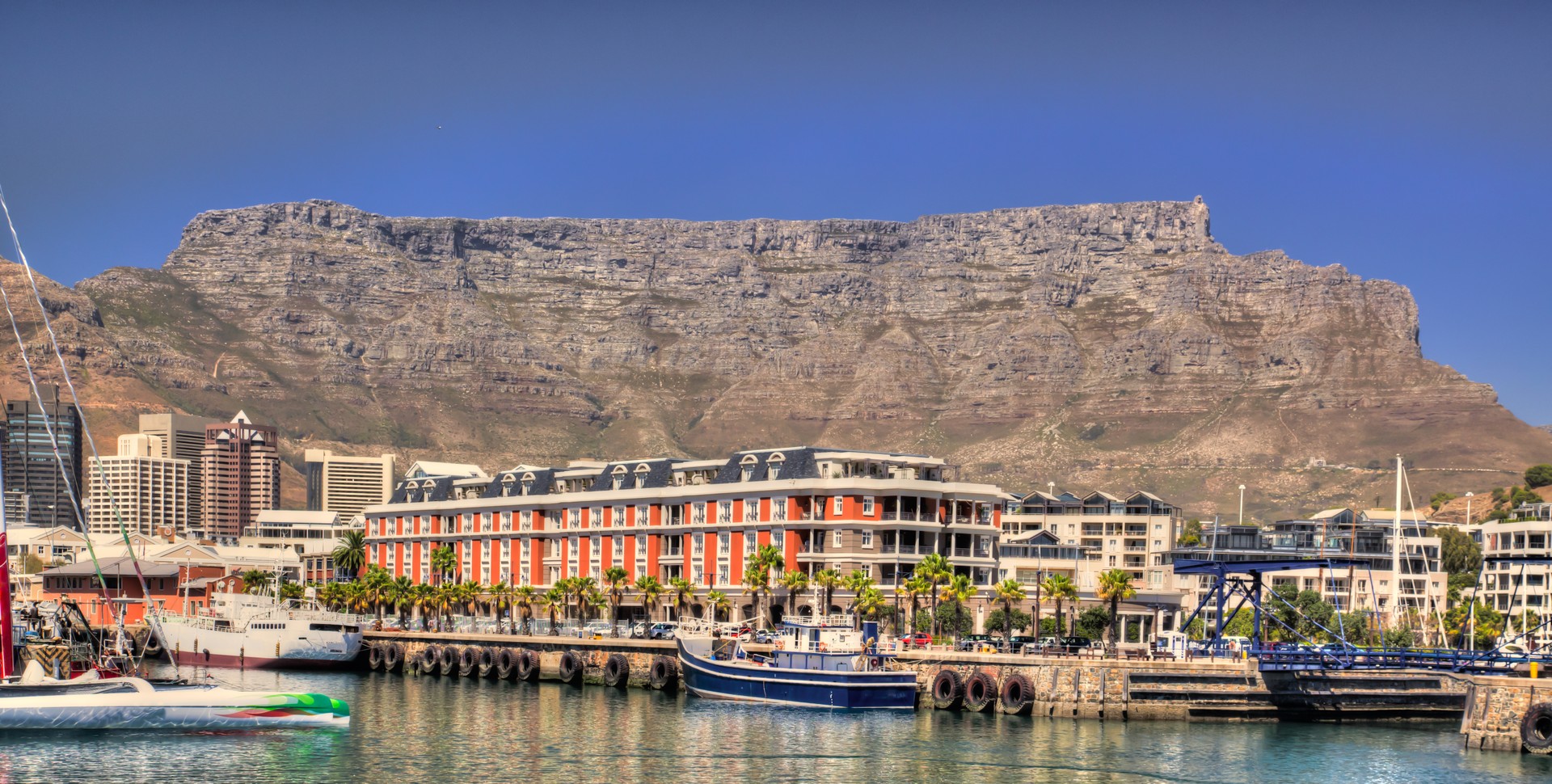 The most exciting new addition to the Waterfront is the brand spanking new Museum of Contemporary Art Africa. Built in the belly of an old grain silo, even the building itself is a work of art and the exhibitions are vast and varied, displaying the very best of 21st Century art from Africa and its Diaspora in over 100 galleries. The museum is open every day from 10am to 6pm and any ad-hoc closures are listed on their website, so take a quick look before you go. 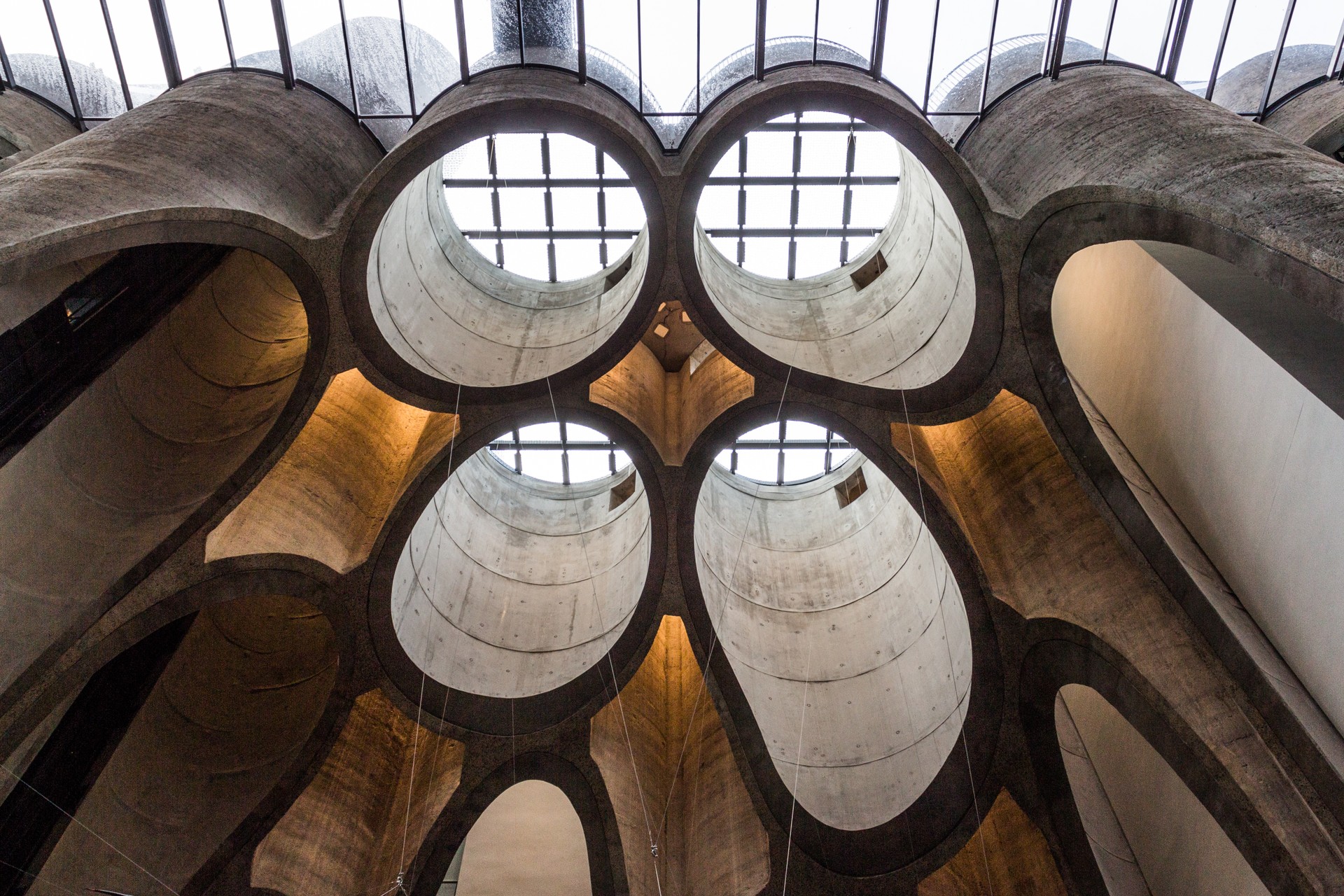 5. Meet the penguins on Boulders Beach

The most famous colony of South Africa’s penguin population is to be found just half an hour’s drive away from central Cape Town on the shores of a small seaside village called Simon’s Town. Your journey to get to the town is incredibly scenic, taking you along winding hill roads surrounded by fynbos and down to the coast where you might spot a whale breaching just 20 metres away if you’re travelling at the right time of year (July - October). The African penguin population has grown in recent years thanks to huge conservation efforts after the fishing industry and habitat destruction reduced the species to just two breeding pairs in 1982. The population on Boulders Beach is now a remarkable 3,000 penguins, and can be seen waddling around on the white sands and flying out of the water all year round - well worth the small fee to access the beach (just over £4 for adults and £2 for children). Once you’ve taken in all the penguin-watching you can, then head to the Salty Sea Dog for the freshest fish and chips you’ll have had in a long while… 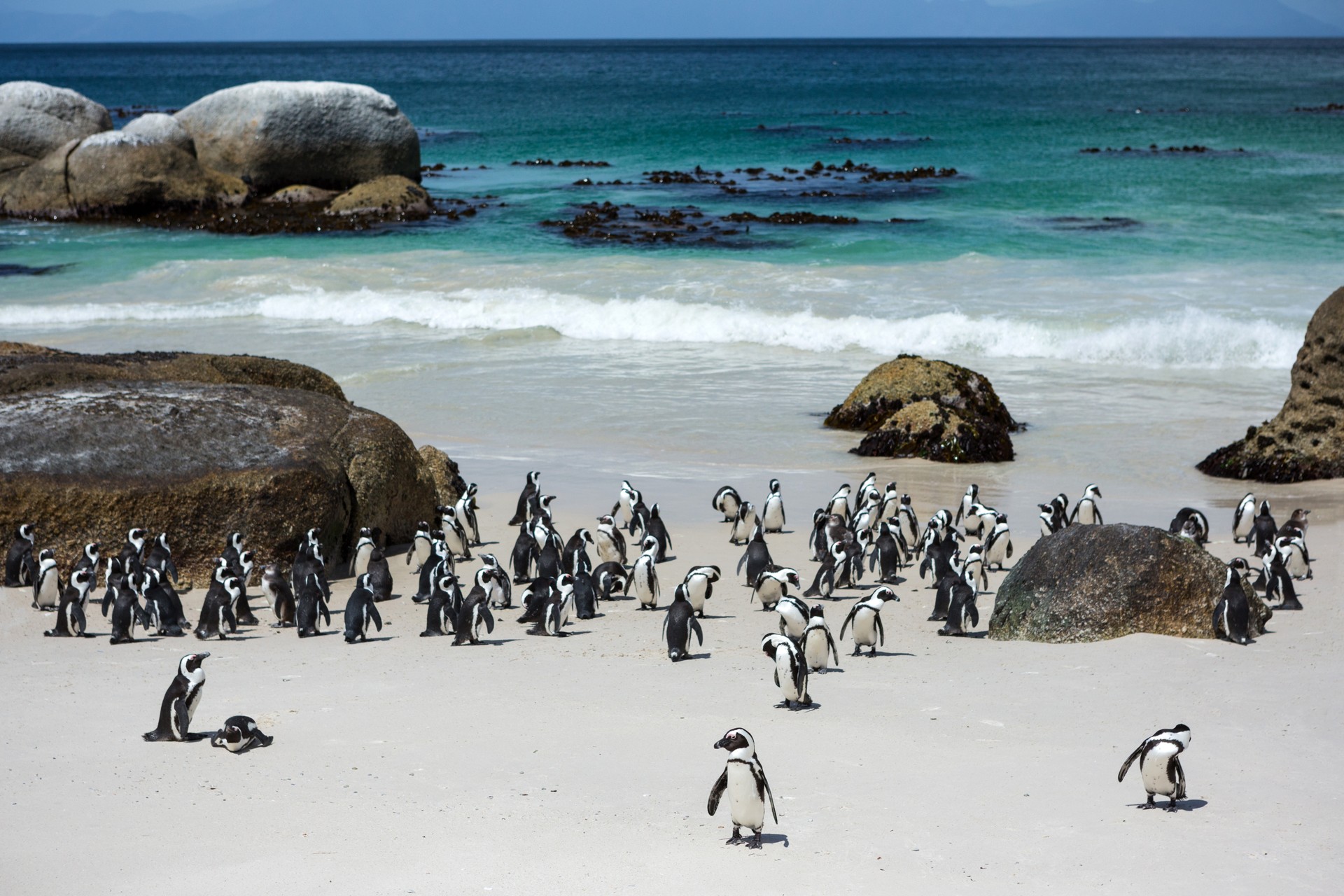 The Cape Peninsula is a fascinating area for many reasons. One is that it is where the cold South Atlantic Ocean and the warm Indian Ocean meet, the contrasting temperatures combining to make a fascinating marine ecosystem and ever-changeable weather patterns around the Cape of Good Hope. The other is that it has a completely unique botanical ecosystem known as the Cape Floristic Region which has been recognised by UNESCO for its incredible biodiversity. Nature-lovers flock to this beautiful expanse of fynbos, grazed by Cape Mountain zebras as well as baboons, bucks and over 250 species of birds, but you don’t have to be a nature-lover to appreciate its beauty. Hop aboard the funicular for an easy ride to the spectacular lighthouse that marks the point, dine on delicious cuisine at the Two Oceans Restaurant with spectacular views over the bay and swim in the Bordjiesdrif and Buffels Bay tidal pools. 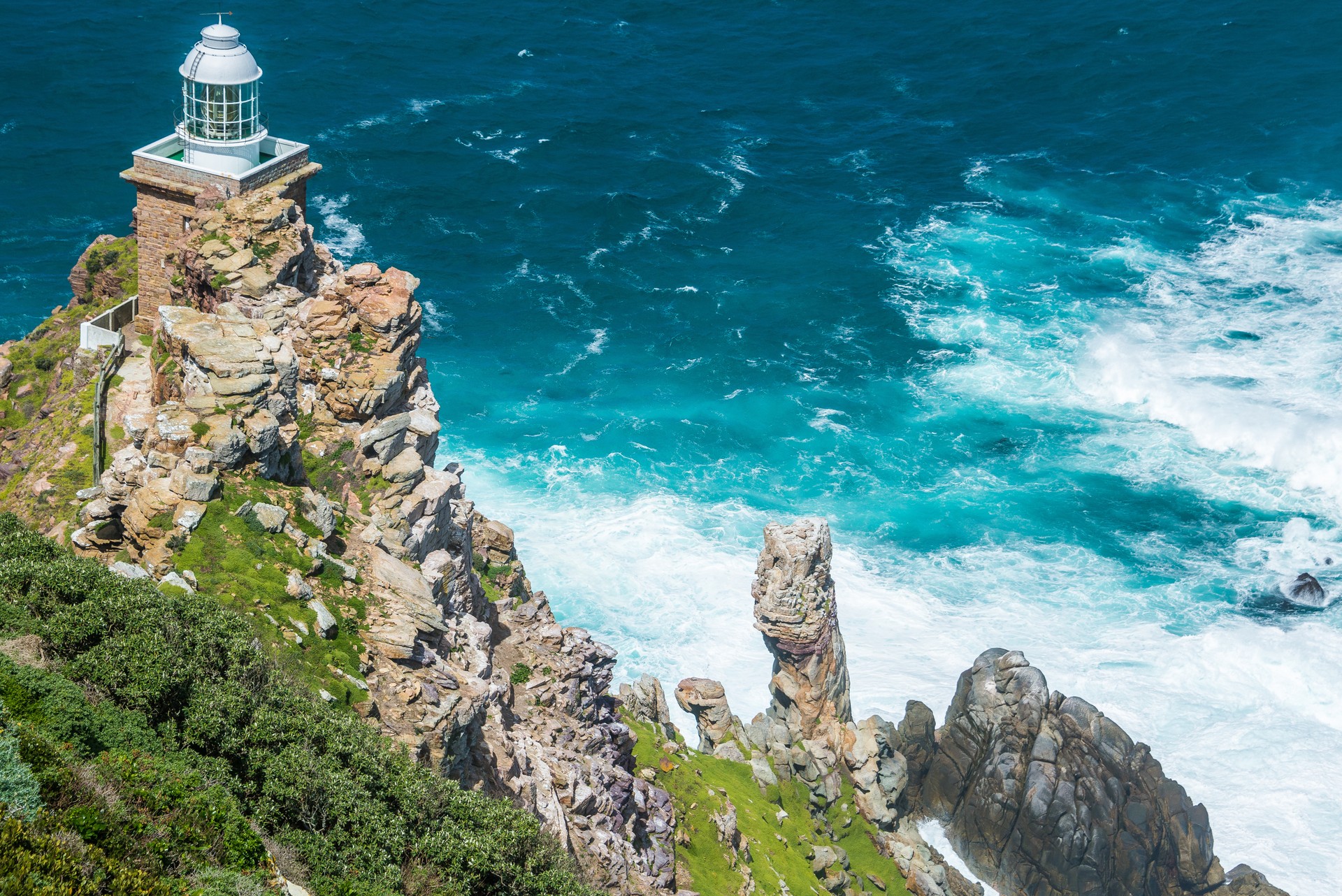 If you are a plant lover, or simply enjoy a day out in beautiful surroundings, then pay a visit to the Kirstenbosch Botanical Garden. Set right against Table Mountain’s eastern slopes as part of a 528-hectare estate, there are very few gardens that can match it for grandeur. Like Cape Point, it too falls within the Cape Floristic Region, and since its creation in 1913 it has been filled with over 7,000 species of plants from the continent. If you love South Africa’s iconic protea flowers, then head to Kirstenbosch in spring when a garden dedicated to the plants is in full bloom. The Tree Canopy Walkway is another highlight - a 130 metre steel and timber bridge that winds through the tops of the Arboretum and reveals stunning views of the garden and the Cape Flats. 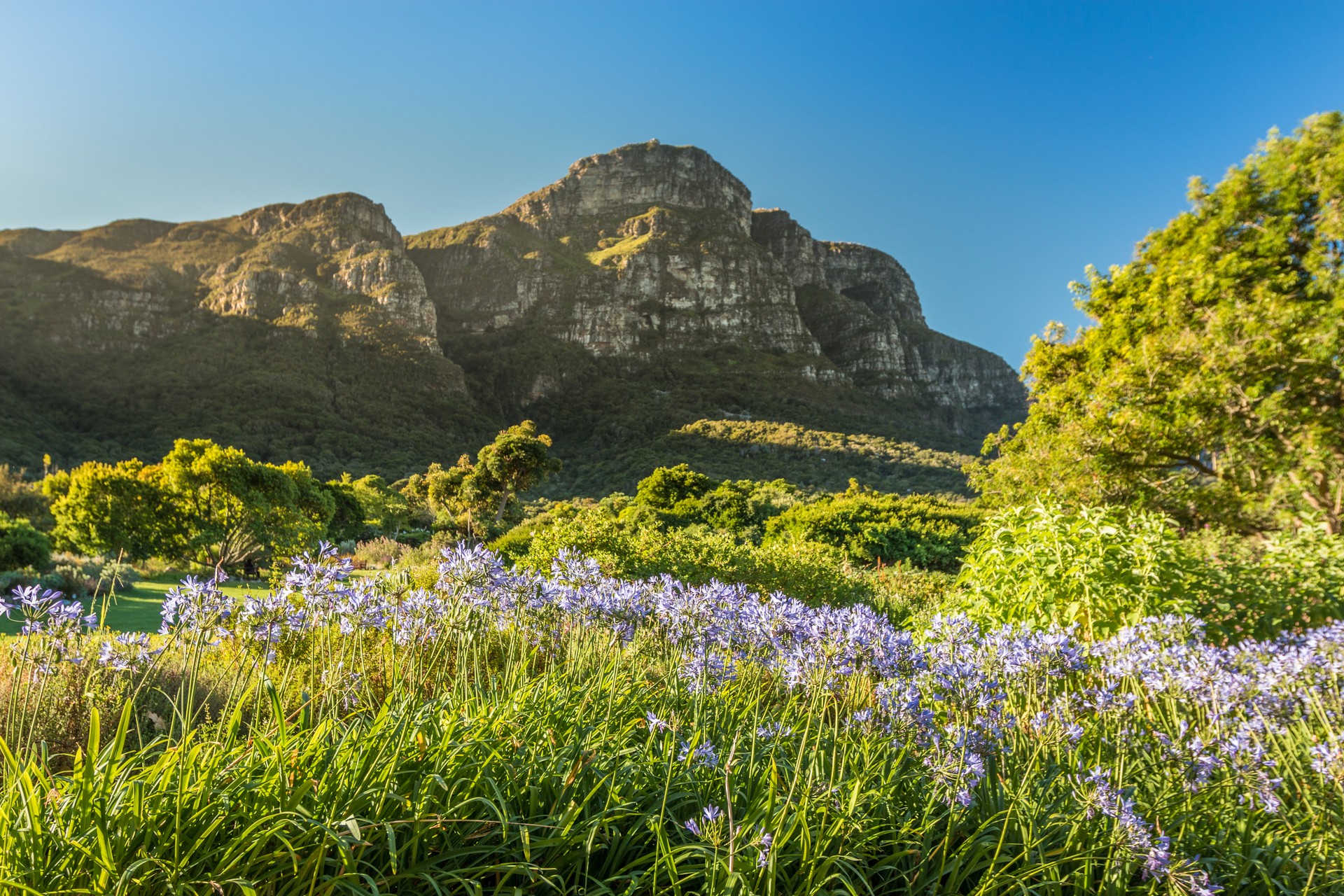 Whatever time of year you visit, the garden will be spectacular, but if you are around in summer then join the locals on Sunday evenings for the Sunset Concerts. Grab a picnic in your local Woolworths (the South African equivalent of Waitrose or M&S) and spread out a blanket on the lawn with the stage and the whole of Cape Town spread out before you. 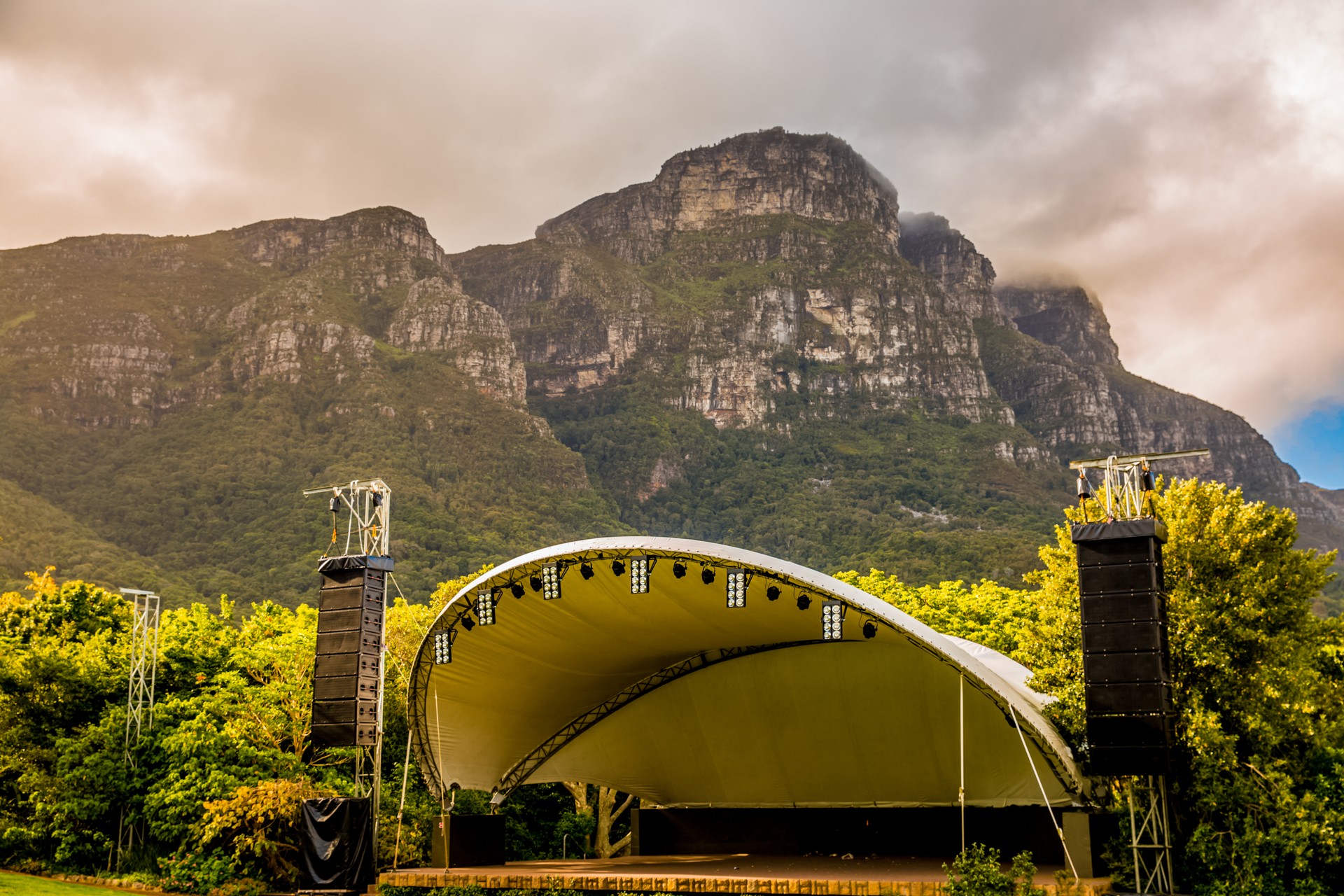 South African wine is world famous, and a huge amount of it is made just a stone’s throw from Cape Town. If you fancy a night or two away from the city’s bustle, then set off to Stellenbosch, just an hour away from the city centre and the gateway to the Cape Winelands. Wineries surround the town and you can easily while away an afternoon sampling their exquisite produce. If you want to get deeper into the vineyards then Franschhoek is next on our list. With beautiful Cape Dutch architecture and hills striped with vines it is incredibly picturesque. 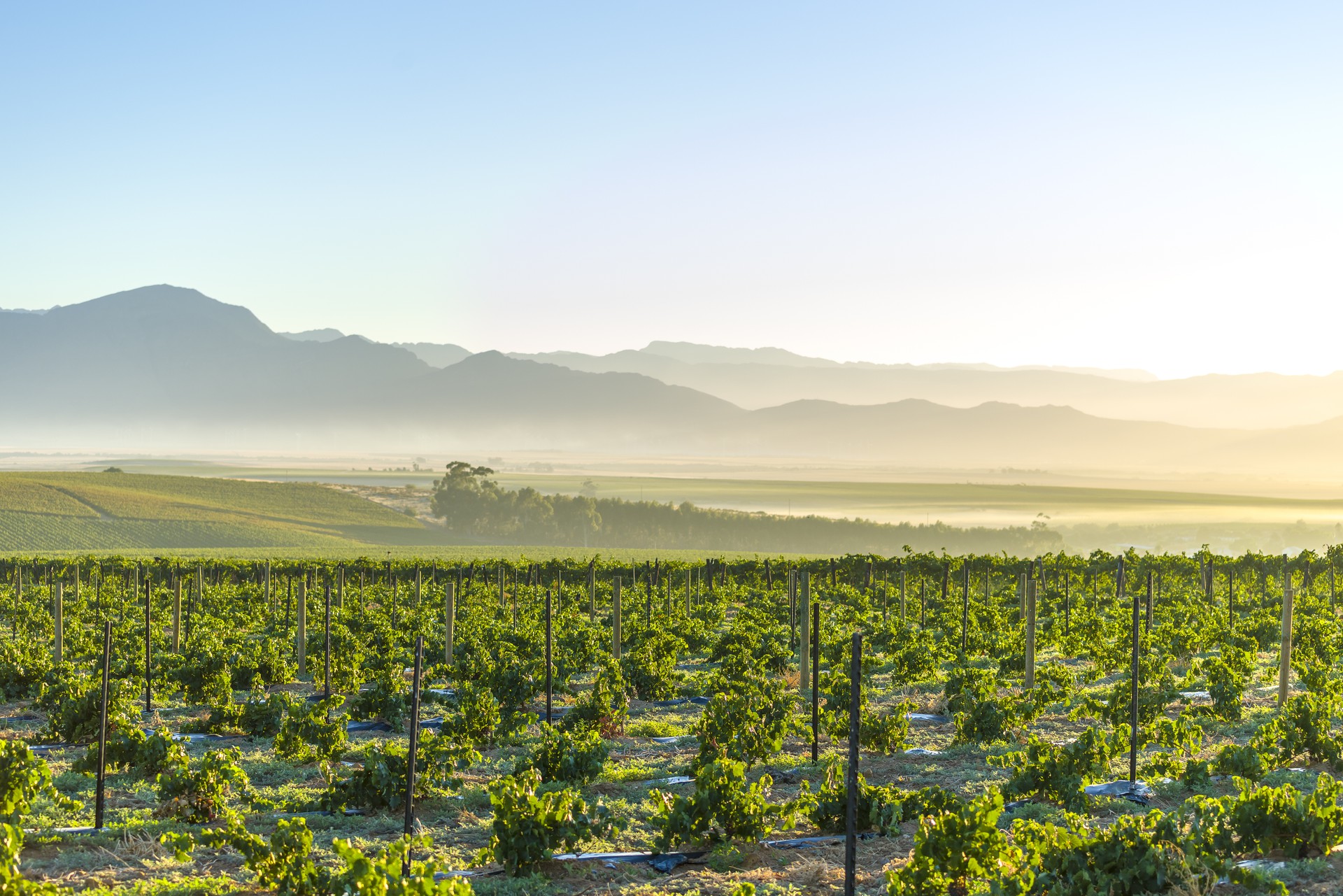 9. Relax on the beautiful beaches

Being a coastal city, Cape Town is surrounded by some truly blissful beaches. Some are more regularly frequented than others, but all are special in their own way. If you’re a fan of surfing or simply like to watch the surfers ride the waves then head to Muizenberg Beach in the south of the city. This long stretch of sand is ideal for a long beach walk and the surf is the best in the area. For a glitzier experience head to Camps Bay, one of Cape Town’s most famous beaches. The pure sand and clear turquoise waters look eternally enticing and the immaculate houses behind it provide a Malibu-esque backdrop. A hidden gem just next to it is Glen Beach, a little white-sand cove sheltered by rocks and with surprisingly good surf. 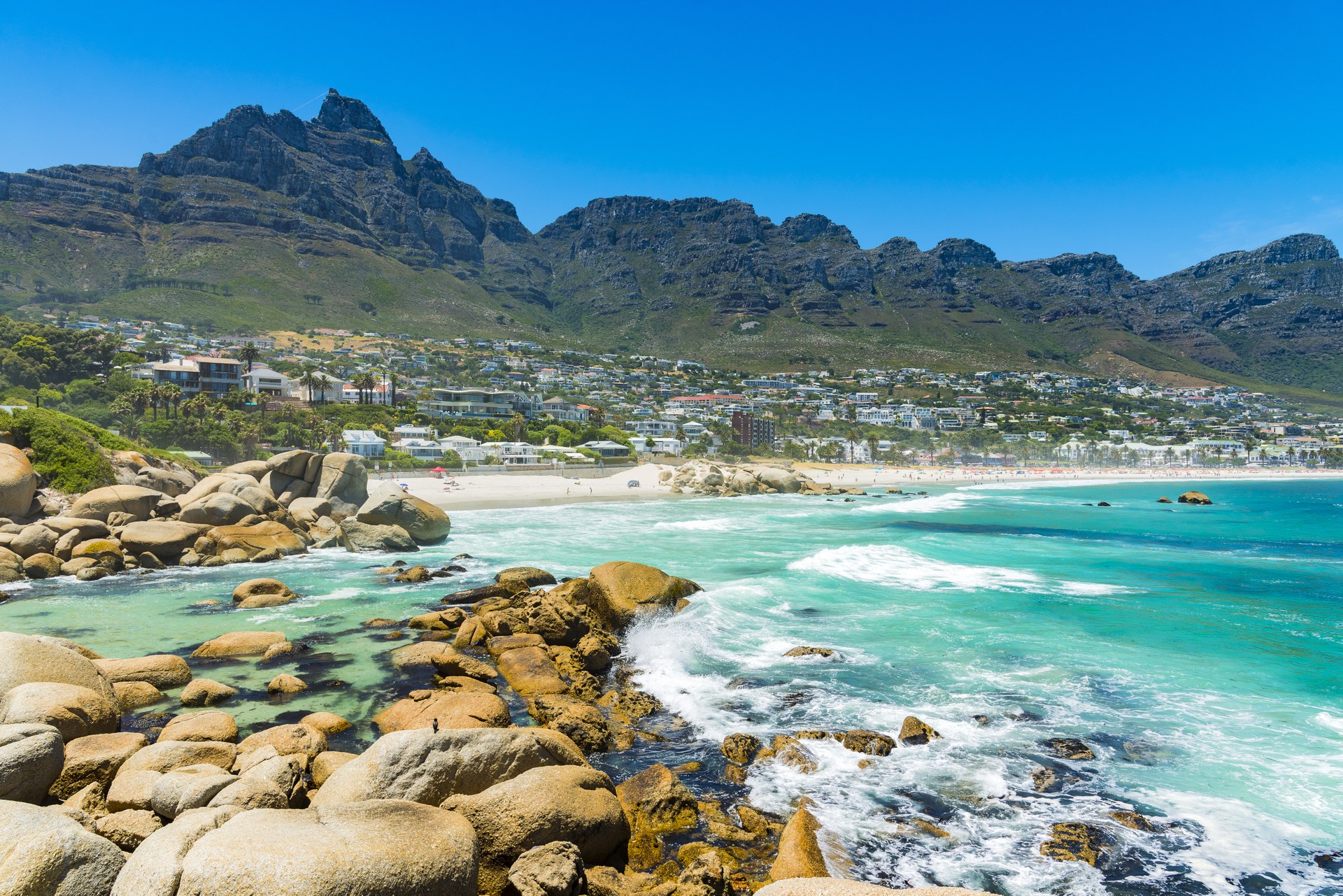 A well-known issue with swimming off South African beaches is the presence of great white sharks… Understandably this worries a few travellers, however if every precaution is taken, the odds of coming across one of the predators while swimming is relatively low. All around Cape Town the beaches operate a flag system, with spotters on the hills keeping binoculars trained on the seas at all times of the day on the lookout. If you would rather not take the risk, however, there are some glorious tidal pools to practice your breaststroke in, one of our favourites being Dalebrook just by Kalk Bay. 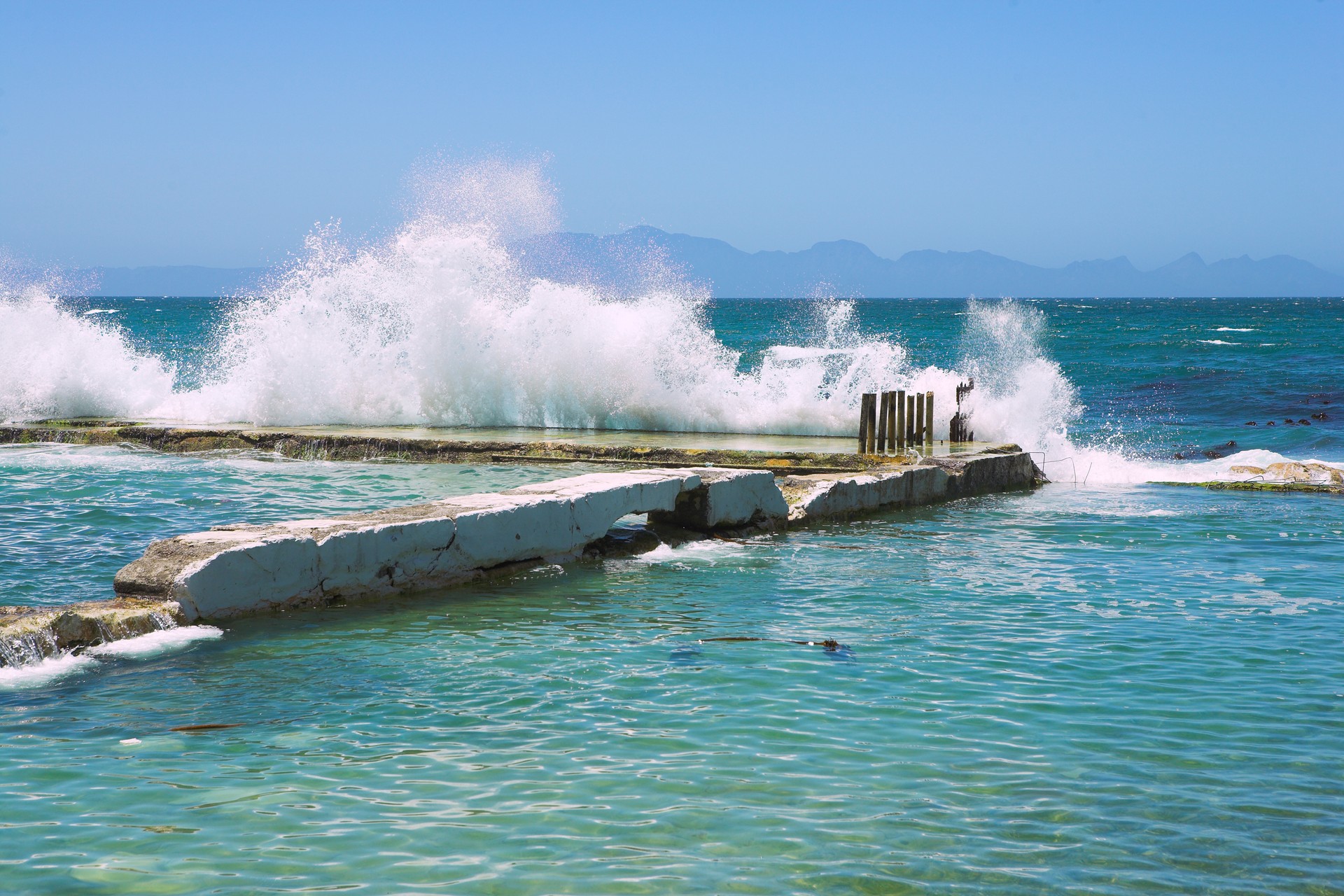 10. Dine in the city’s spectacular restaurants

The food scene in Cape Town is held in high esteem - and for very good reason! Influences from around the world have come together into a delicious melting pot of culinary inspiration. As well as the spectacular fish and chip shops scattered around the harbours (try Kalky’s if you’re peckish after exploring Kalk Bay) there are hundreds of high end restaurants producing five-star cuisine on a daily basis. Try The Kitchen in edgy Woodstock if you want a more alternative experience for lunch, or if you want a real treat then ask our local partner to book you into La Colombe. It is an incredibly popular restaurant serving beautiful French-Asian tasting menus. 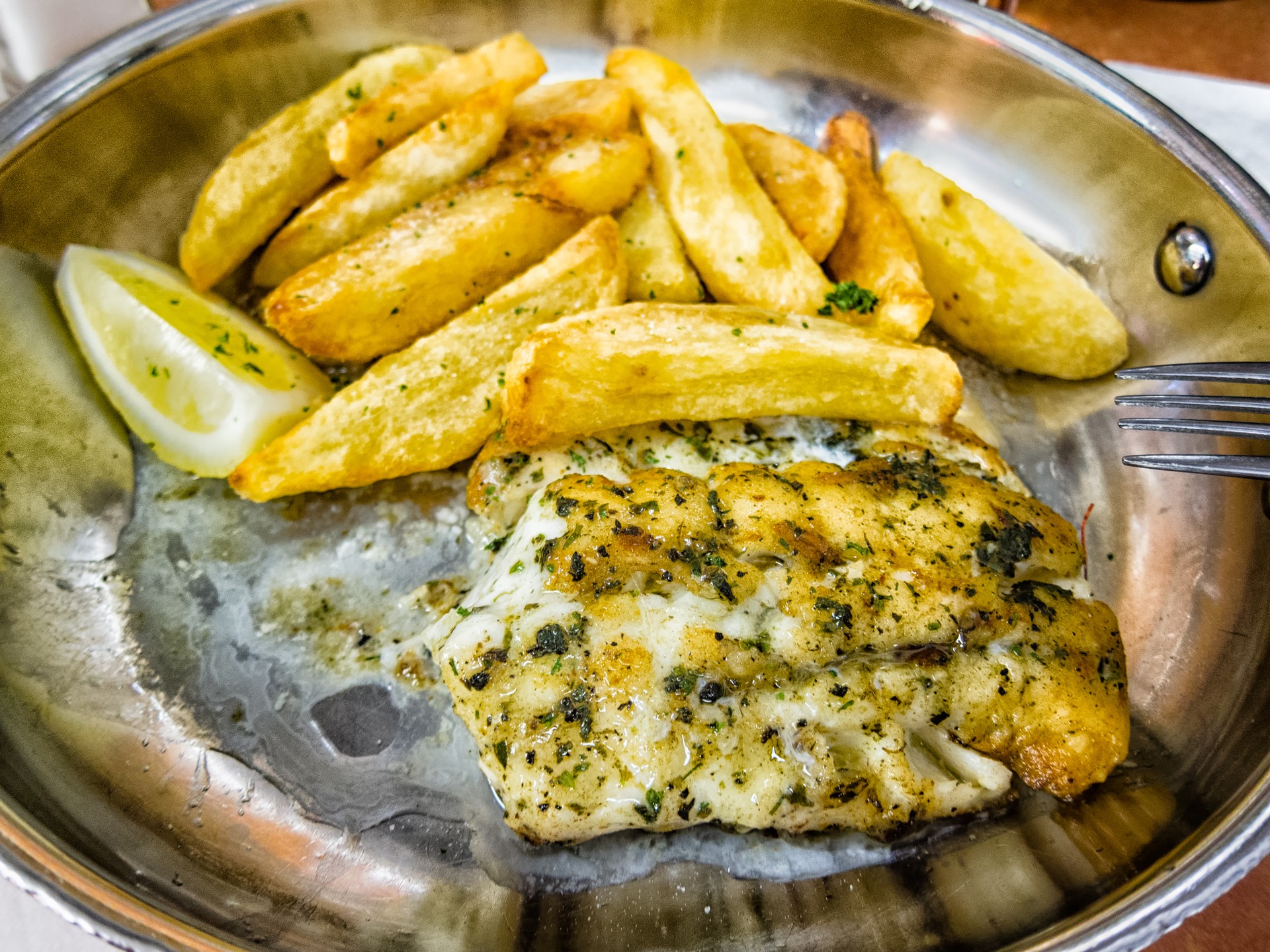 If Cape Town's activities have enticed you, then get in contact with one of our local experts today. They're well equipped with the best insider knowledge to help plan your ultimate South African holiday, completely bespoke to your preferences. To speak to someone in the TravelLocal office please call +44 (0)117 325 7898.