For centuries, Ciudad Perdida was hidden away in dense Colombian jungle in the Sierra Nevada de Santa Marta mountains, known only to the birds and beasts that lived in the range and perhaps the occasional secretive local tribesman. Then in the 1970s, a group of local treasure hunters came across a series of stone steps leading up the mountains slope and the “Lost City” was found. 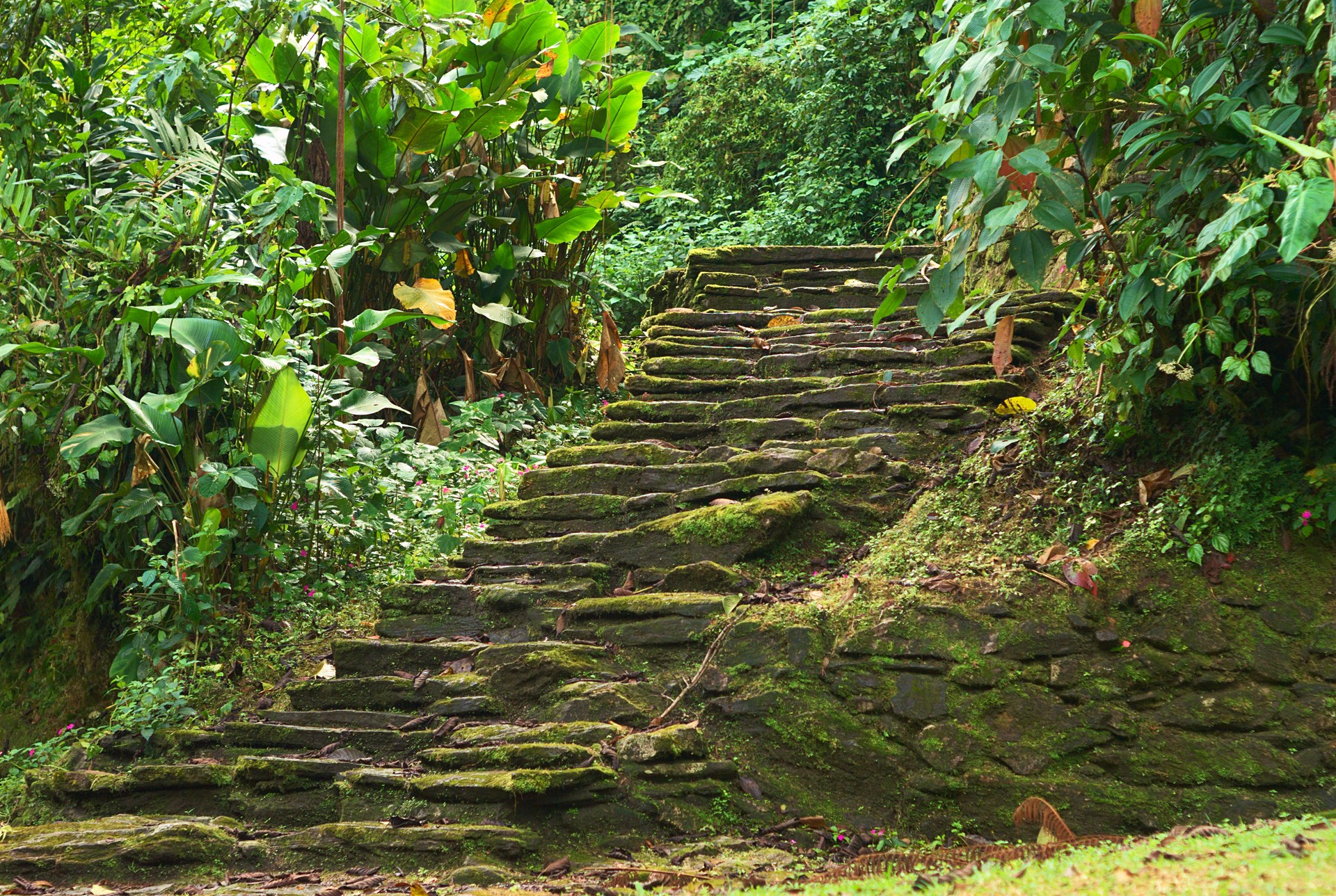 Alerted to Ciudad Perdida’s presence by the sudden appearance of ancient ceramics and golden figurines on the black market, archaeologists hurried to the site and sought to reveal its wonders to the world. These days, instead of finding impenetrable jungle, visitors to the Lost City find a well-excavated complex now known to be one of the largest pre-Colombian cities. 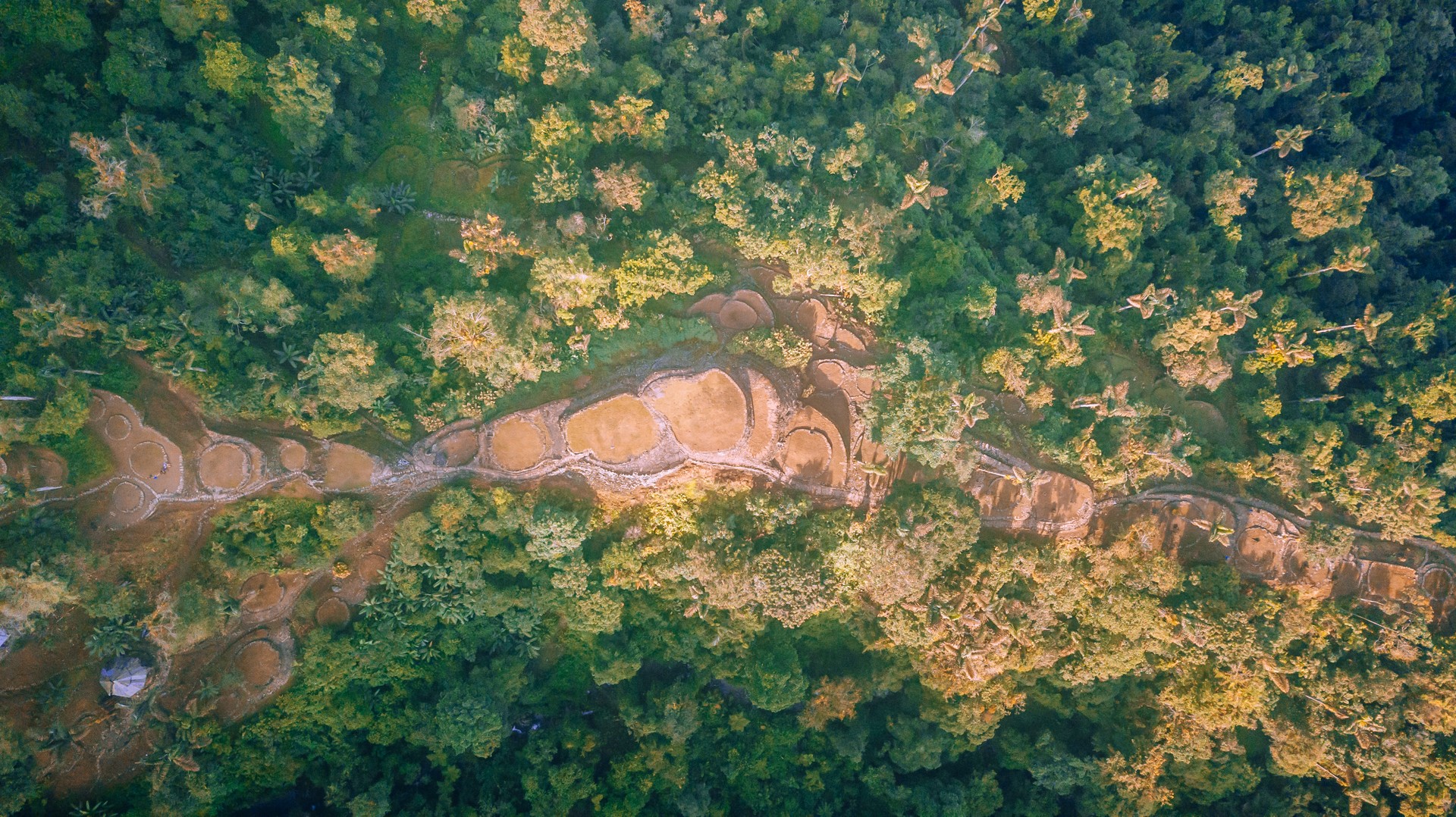 Dating back to 800 AD - six centuries older than Machu Picchu - an expanse of 250 terraces and thousands of steps wind through the jungle and rise out to reveal stunning views over the surrounding rolling, thickly forested hills… And that is only what’s been discovered so far. Far more lies hidden in the foliage and it is estimated that at one time the city may have been home to between 2,000 and 8,000 people until it was abandoned during the Spanish conquest. 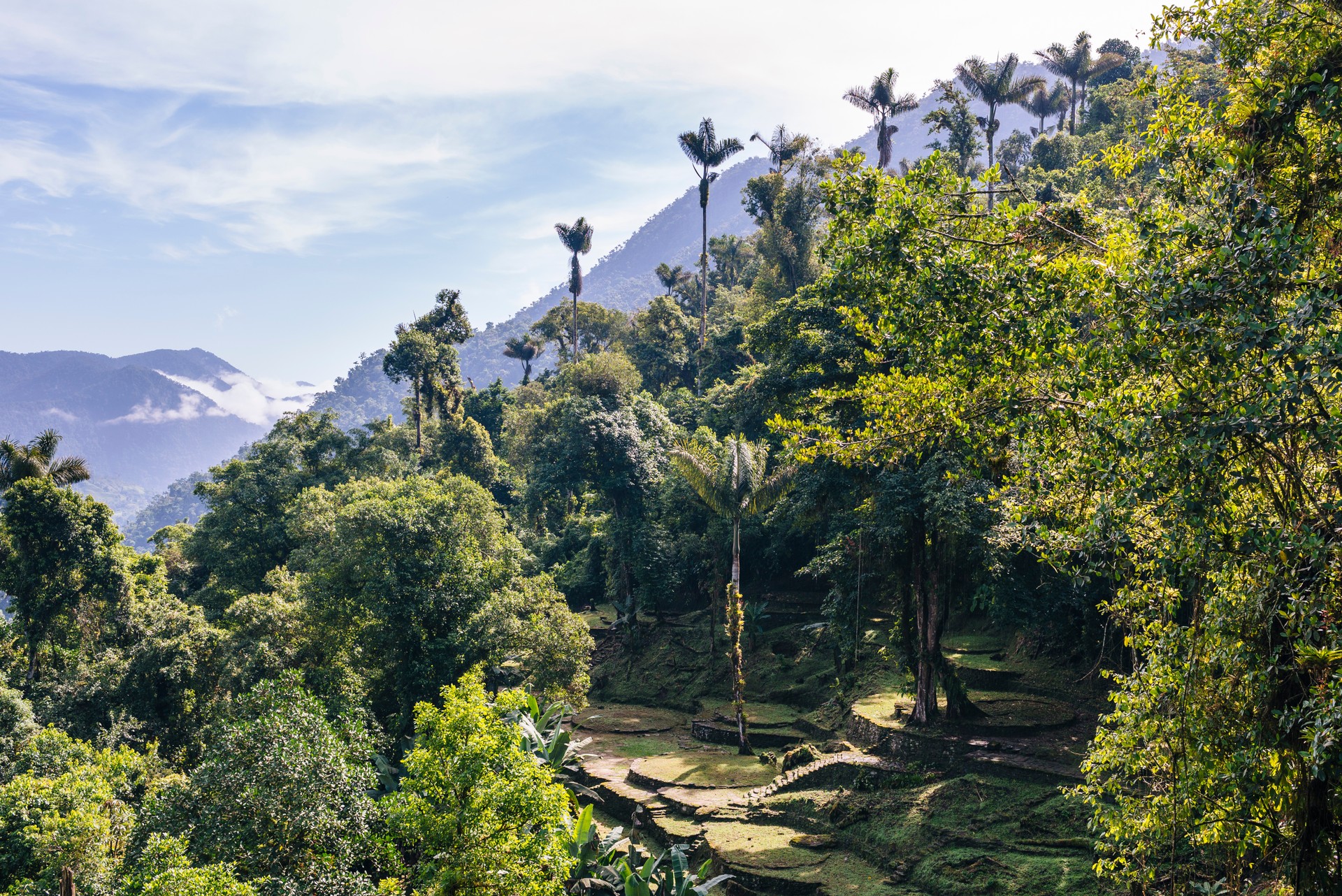 Though the site is now popular with tourists, shortly after its rediscovery prolonged grave robbing led to a destabilisation of the area, and the Lost City became known as “Infierno Verde” (Green Hell) as FARC militias and warring drug cartels caused the area to descend into a guerrilla war zone. Thankfully, the last FARC activity in the area was recorded in 2005, and the only visible reminders of those traumatic times are the government soldiers who cheerfully pose for pictures with arriving tourists. 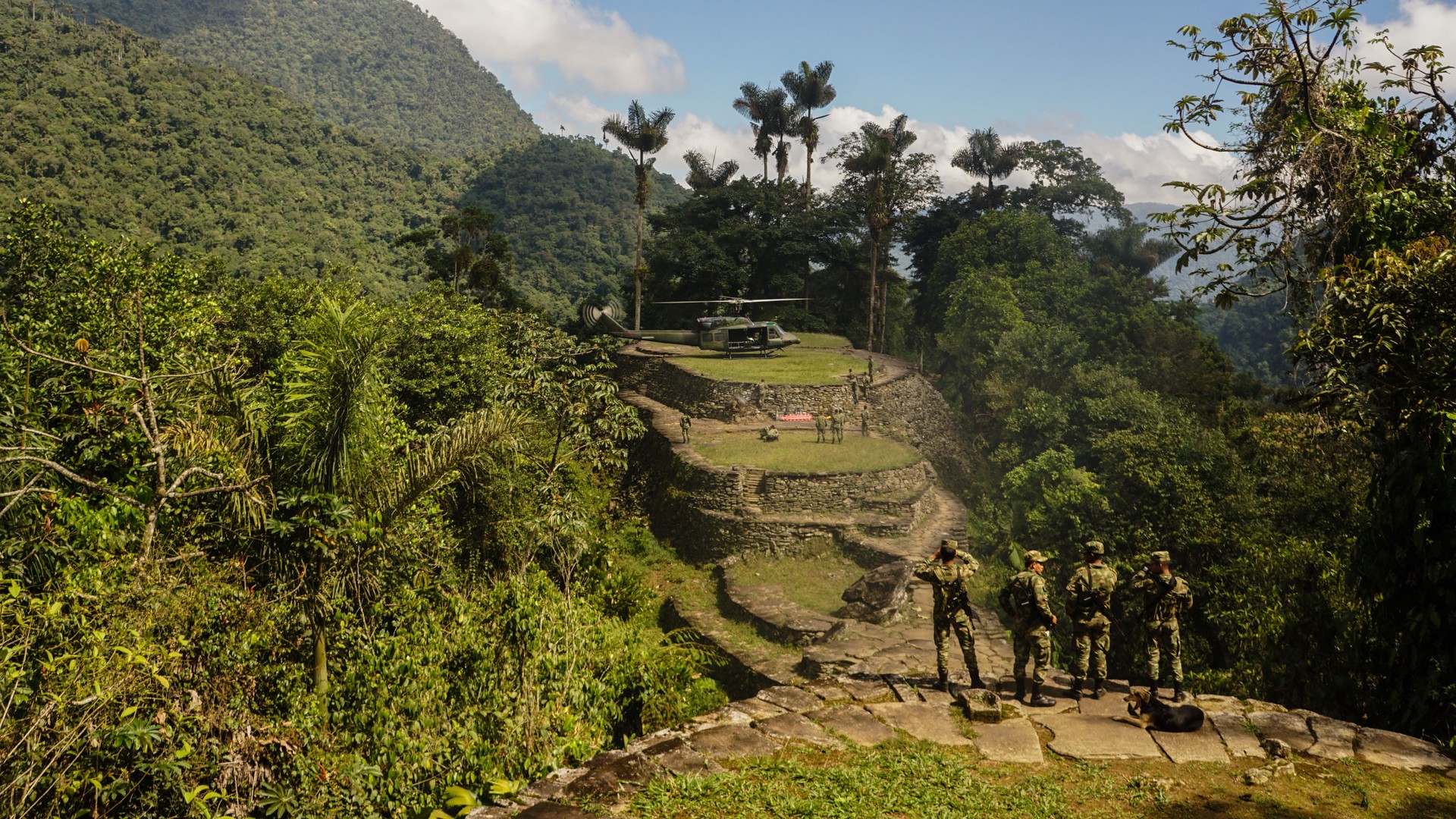 If your inner Indiana Jones is stirring, then this is the perfect place to let him loose. The Lost City - known by locals as Teyuna - can only be reached by hiking through the dense Colombian jungle, forging rivers and scrambling up vine-clad mountain slopes with nights spent in a bunk or hammock falling asleep to the ceaseless chorus of the rainforest. Pools in the rivers provide ample refreshing swimming opportunities throughout the trek and all through your journey you can expect to see spectacular views and incredible flora and fauna. 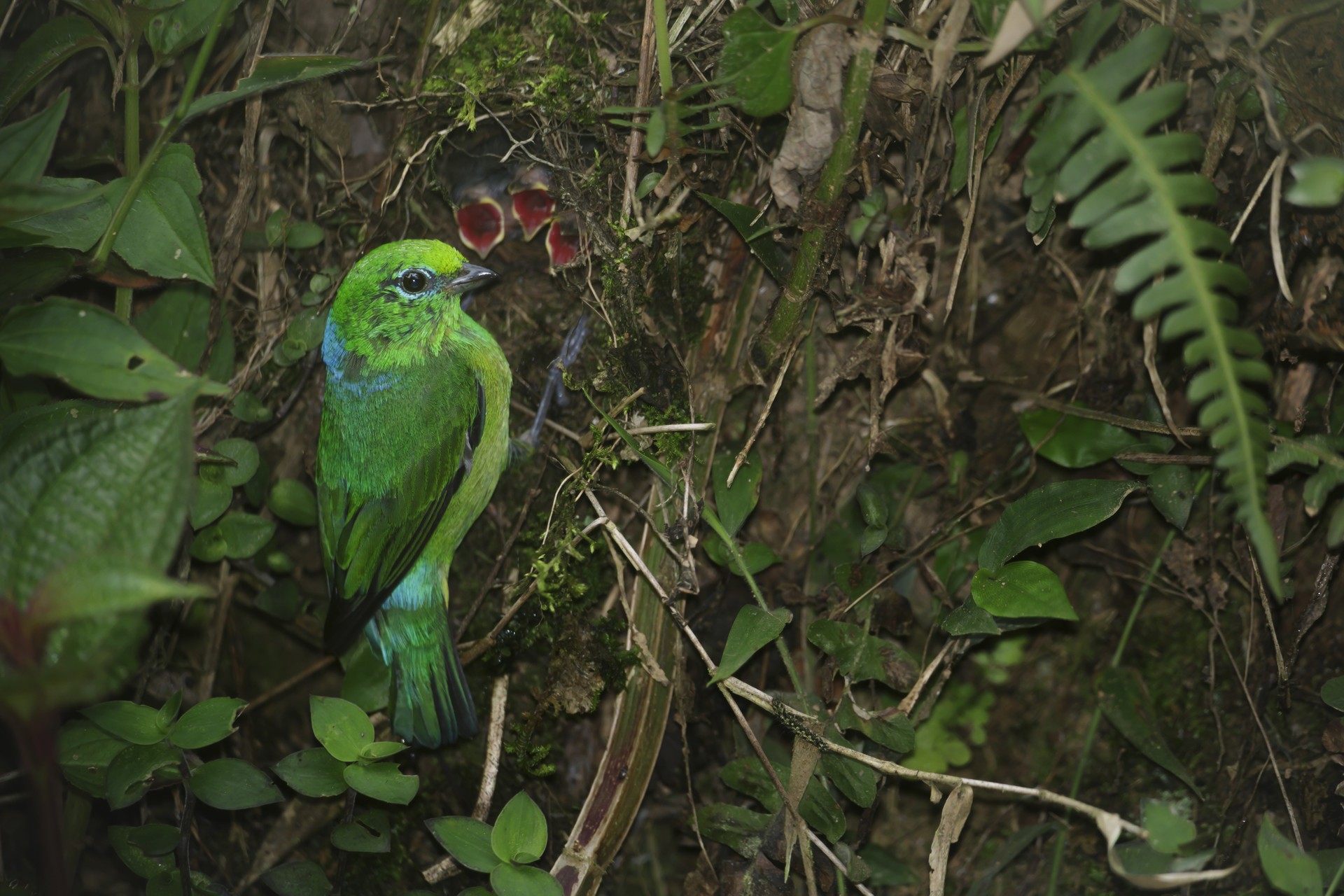 Things to know before you do the Ciudad Perdida trek

You don’t have to be particularly strong or experienced to complete the hike and age doesn’t factor in either - it’s perfectly normal for groups of hikers to range from their 20s into their 60s - just be prepared to scramble up and down steep jungle trails as well as across rivers in order to reach your final destination. 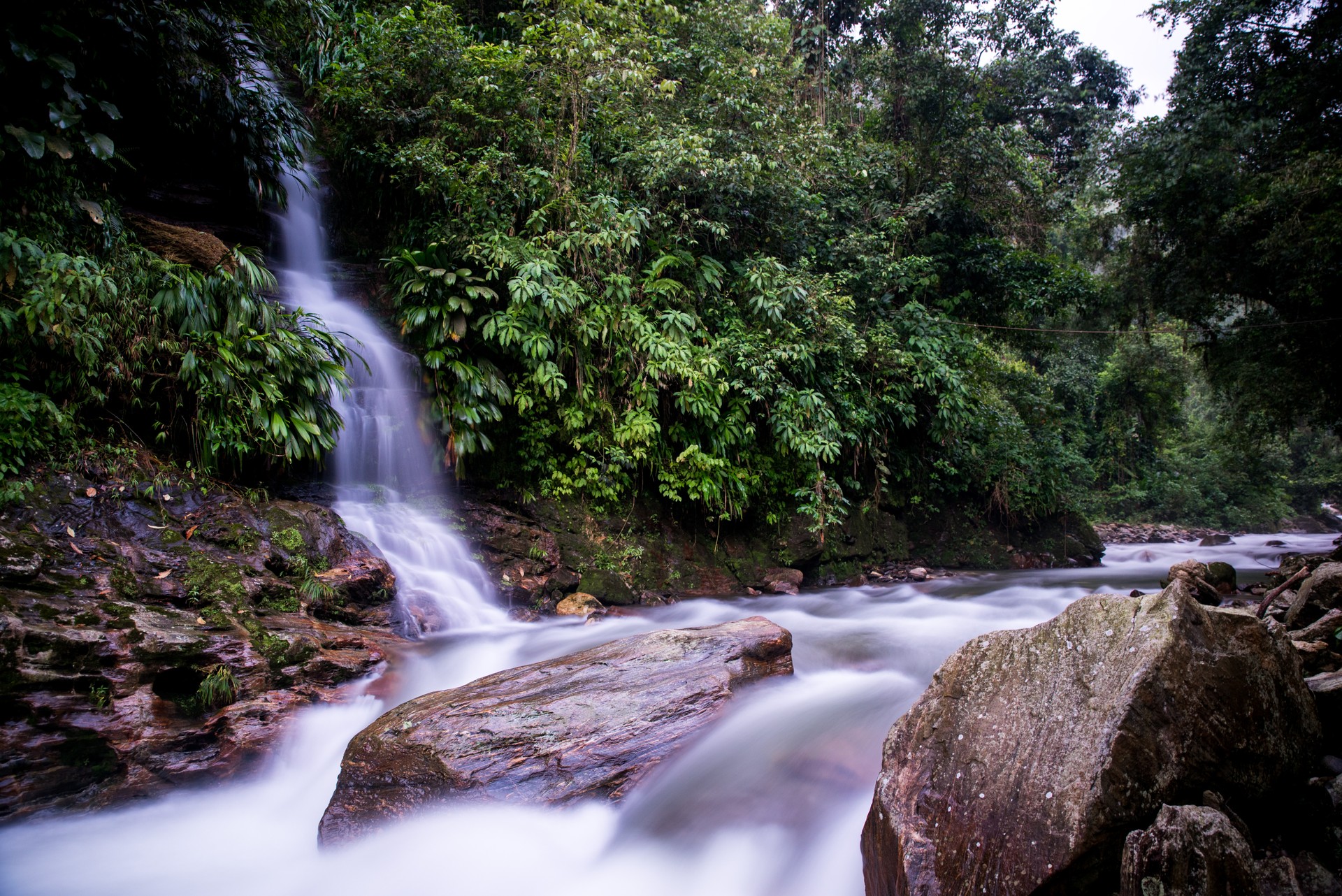 Due to the terrain, there is no way of getting a vehicle into the forest to get you out if you choose to double back - you hike or ride a horse! - so do make sure that you definitely want to take part and are in good enough physical health. If you’re in any doubt, ask our local experts and they will be able to tell you whether it’s a good idea or not. 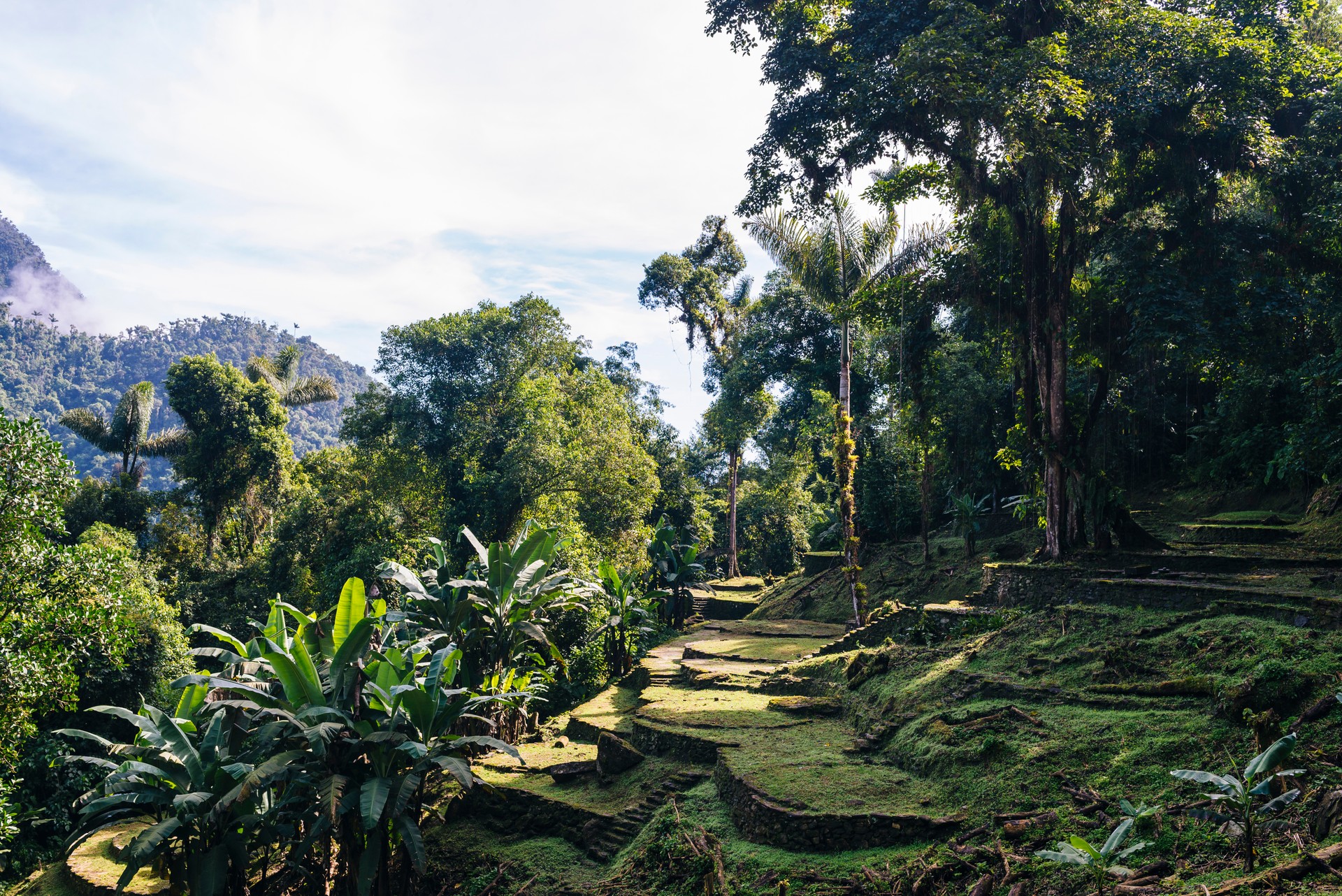 Most of the accommodation throughout the trek is basic jungle accommodation so this is not a luxurious excursion. You will sleep in tents or hammocks equipped with mosquito nets, but what better way to give your trip a true feeling of adventure than falling asleep to the noises of the deep Colombian rainforest?

Technically you can complete the hike year-round, but  the best and most popular time to go is during the dry season which runs from December to March. There is generally a lot less rain meaning that rivers and streams are lower and much easier to cross (the Buritaca River in particular), but the slight downside to this is that there are more people and therefore more traffic on the hiking trail. 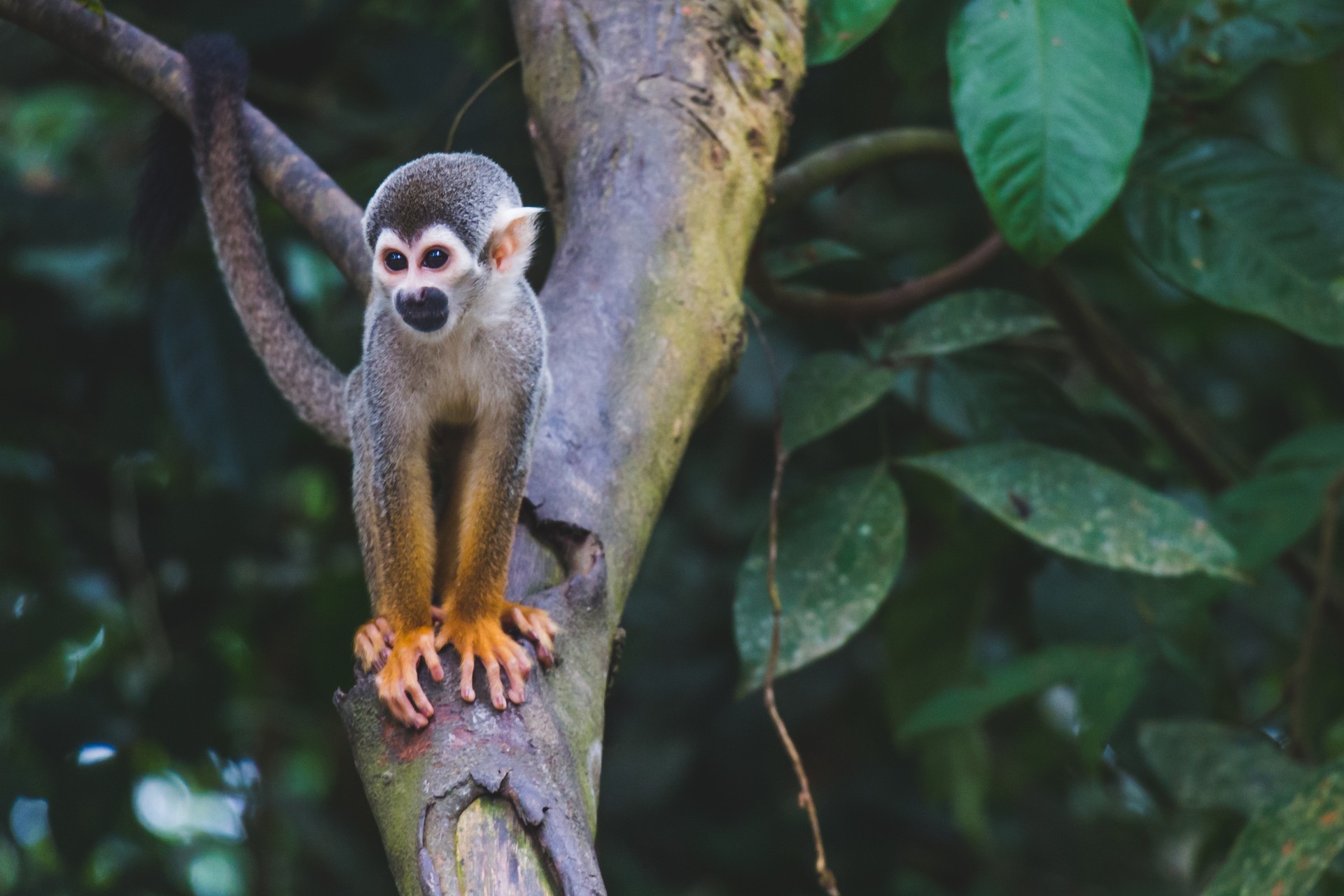 If you are looking for a true sense of remoteness and are adventurous to match, then it is best to set off outside of these months. If you choose to go at this time of year, then expect quite a bit of rain - from light drizzle to torrential downpours - and be prepared to have water reaching up to your chest during river crossings. What key items should you pack for the Ciudad Perdida trek?

The jungle is hot and humid at all times of year, so you don’t want to take too many things with you on the hike. A 15 litre daypack should be more than enough to store your possessions without being too big and heavy to lug up thousands of steps on your ascent to the lost city. 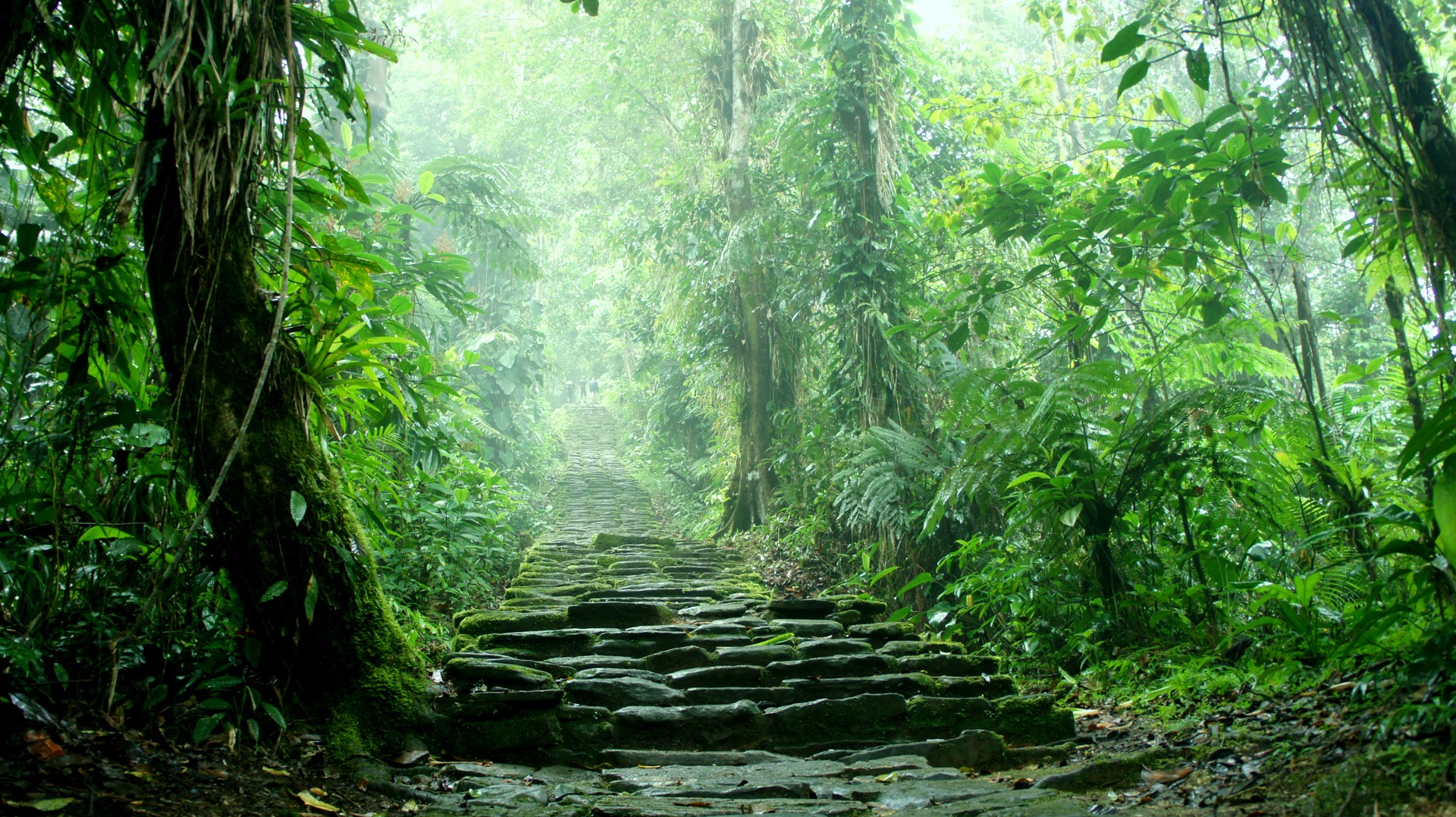 Quick dry clothes are your friends in these forest-clad mountains - make sure any shorts, hiking trousers (long trousers are advisable for anyone prone to mosquito bites) or tops are made of thin, well-designed materials to maximise your comfort. Don’t forget to pack a swimming costume or trunks in case you fancy taking dips in the river and insect repellent is a must. Our local experts will provide you with a list of the nitty gritty essentials should you decide to undertake the trip. 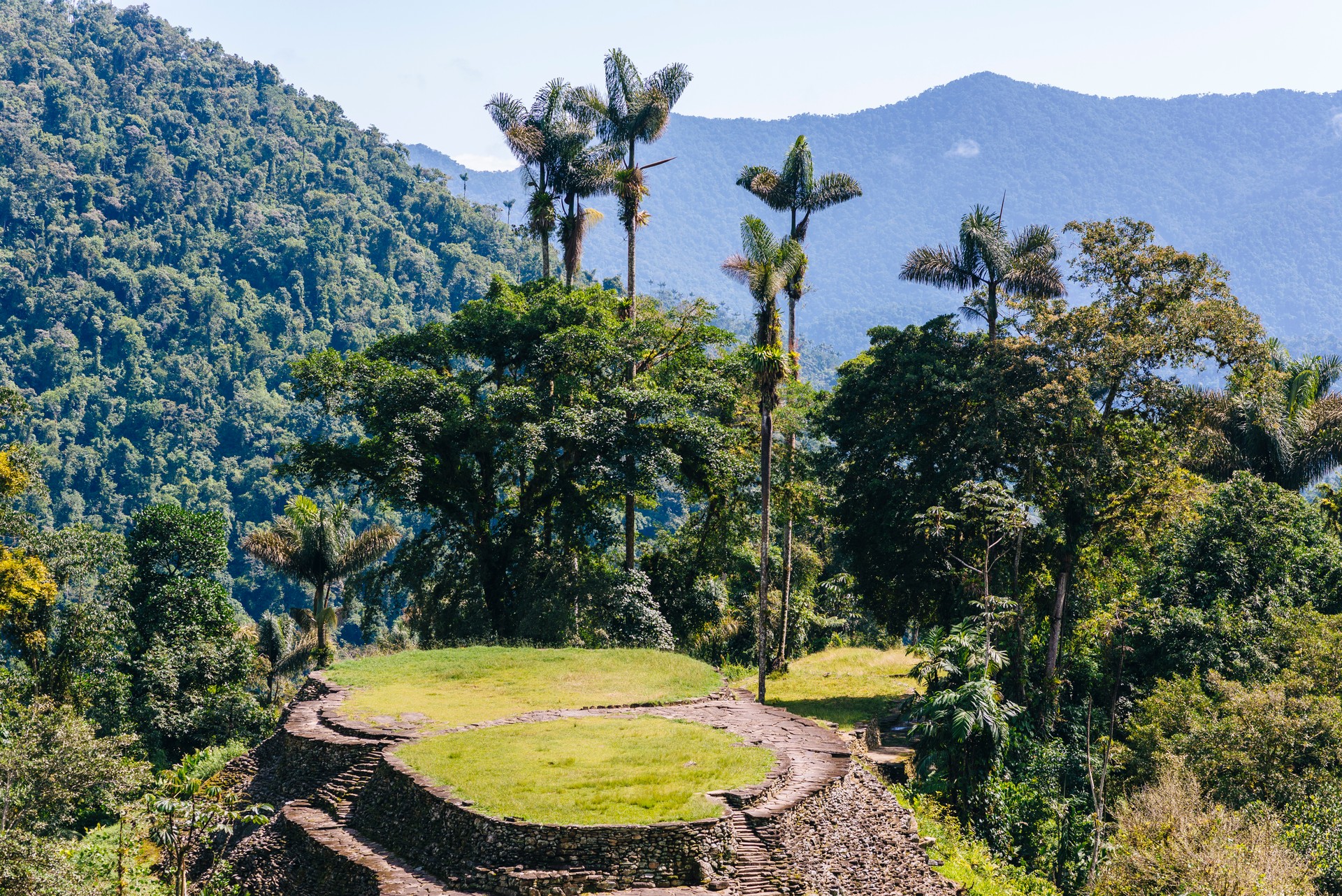 If your inner Indiana Jones is telling you to set off on an adventure, then get in touch with our local experts in Colombia who can plan your trip to the Lost City. Take a look at their hiking sample itinerary for inspiration for other treks you may want to do or places you want to visit, and send them an enquiry to get the ball rolling. To speak to someone in the TravelLocal office, please call +44 (0) 117 325 7898.