Kenya's National Parks: from the Masai Mara to Tsavo West

For many people, Kenya embodies the romance and thrill of Africa. Its sweeping plains, dramatic mountains and dreamy beaches would be temptation enough to visit even without the incredible wildlife that roams its iconic landscapes. Thankfully, there are more than 50 protected areas such as National Parks and reserves which together safeguard around eight percent of the Kenyan territory for the wildlife to roam. 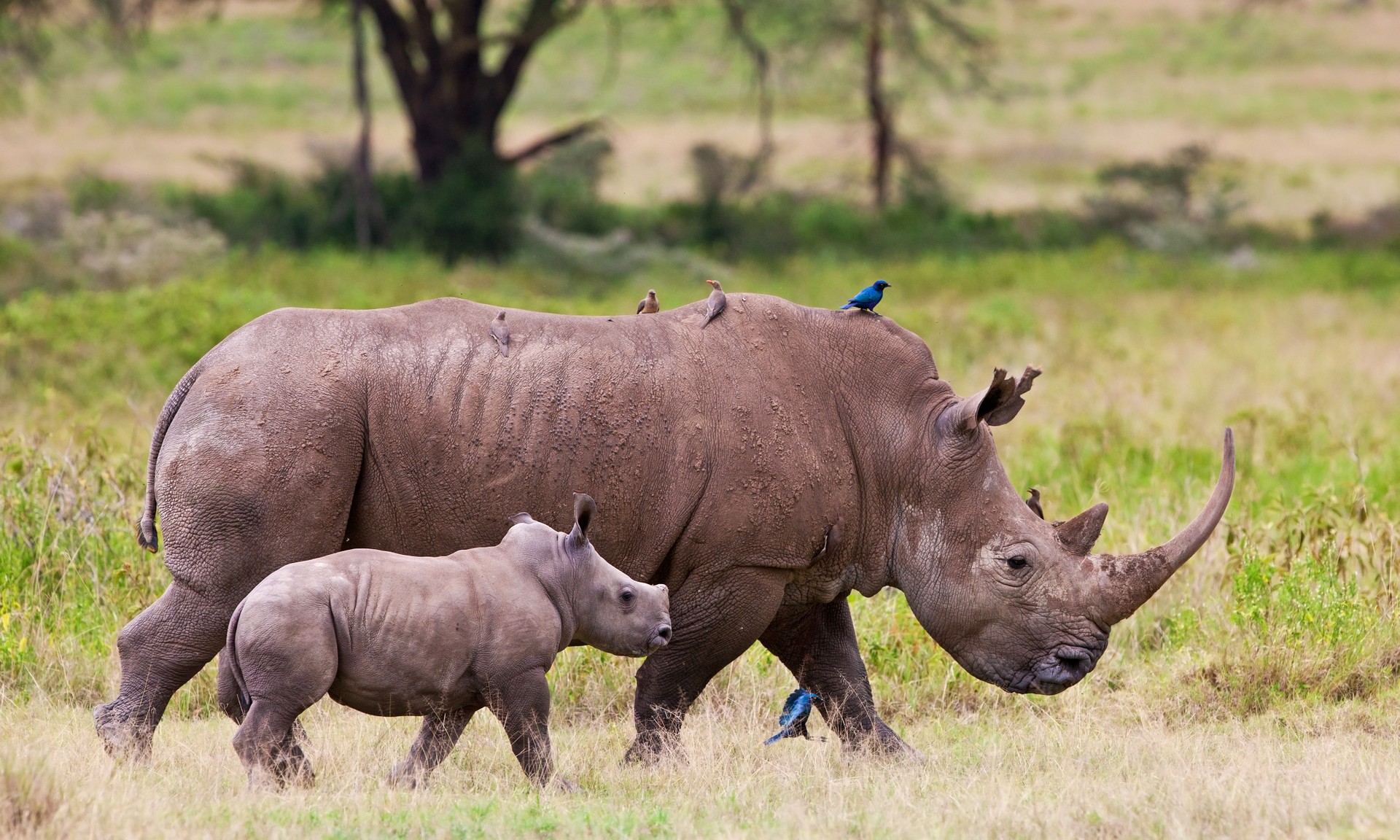 All of the parks and reserves have their own offering of creatures and landscapes; some are world famous while some are barely known. If you have a particular park or reserve in mind, a bespoke tour organised by our handpicked local specialists can be tailored to suit your priorities. We have picked a few of our favourites to inspire you, but there are many more to explore. 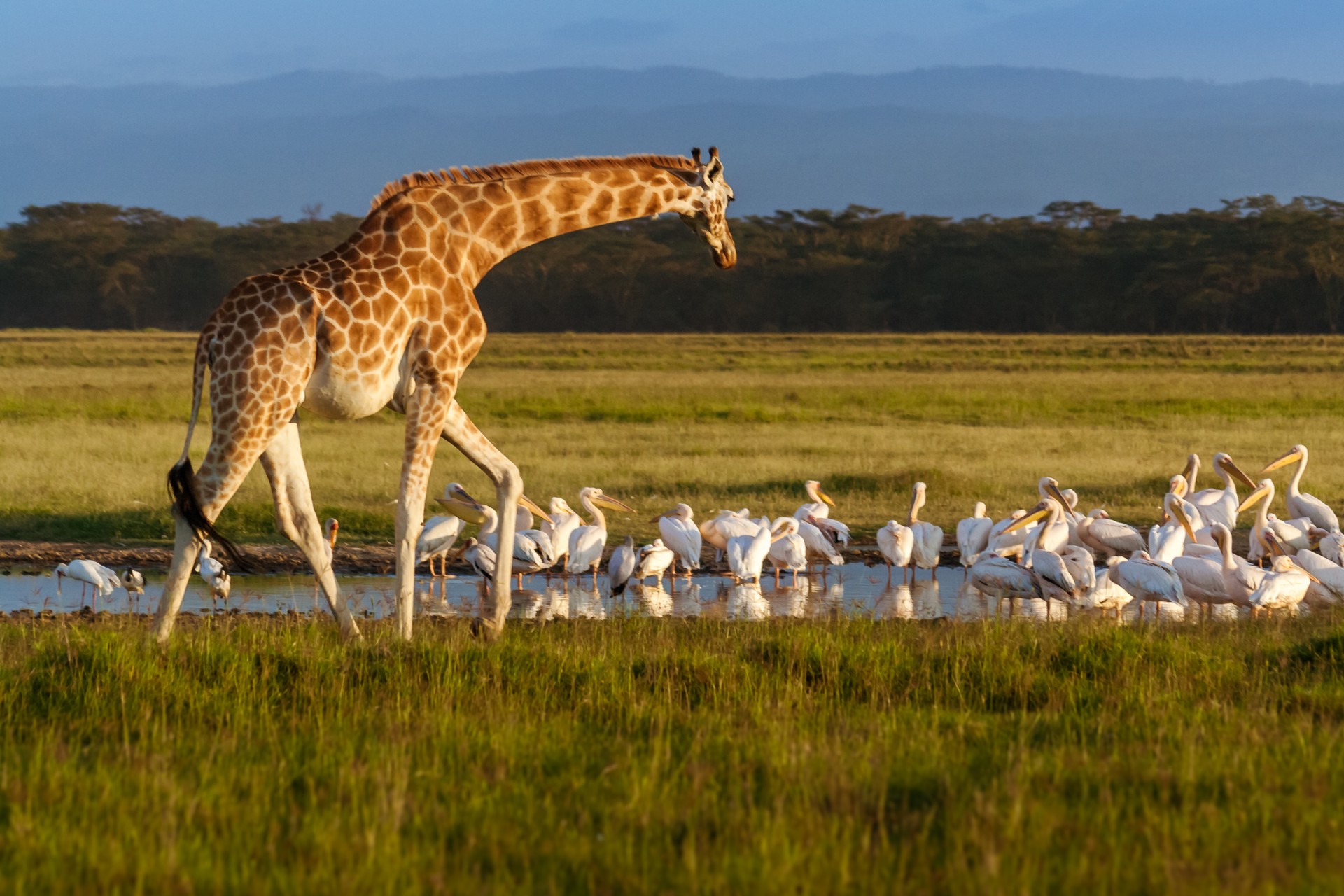 The headline act in Kenya’s lineup of national parks, this famous wildlife haven protects over 1,200 square kilometres of savannah grassland and a vast number of big game animals. 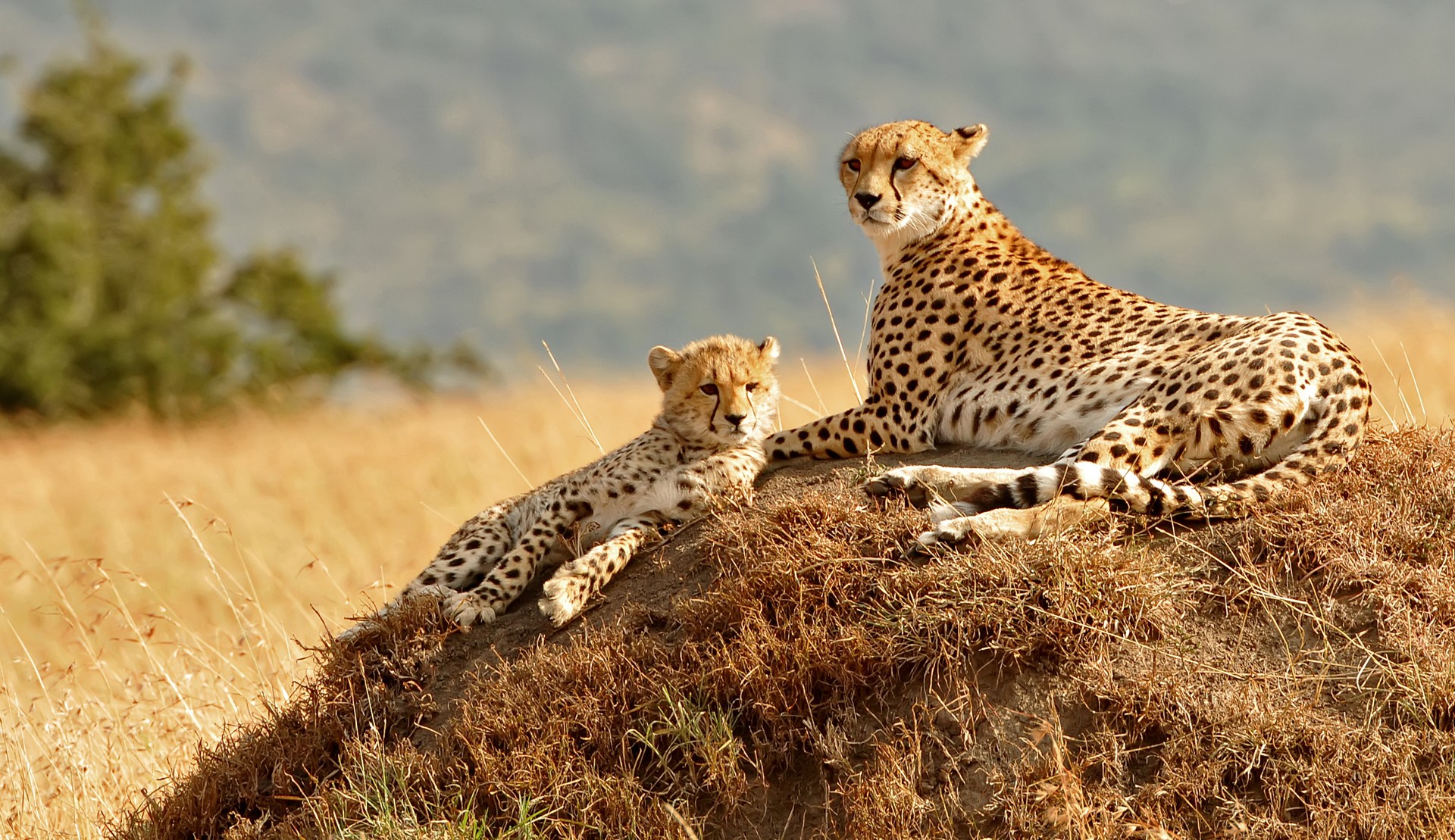 The Mara is contiguous with the Serengeti in Tanzania, and these two parks between them offer arguably the best game viewing anywhere in the world. All the major plains game are here in force, including lions, leopards, cheetahs, giraffes, elephants, buffalo, zebra and of course the huge herds of wildebeest that make their renowned migration through the reserve in their thousands. 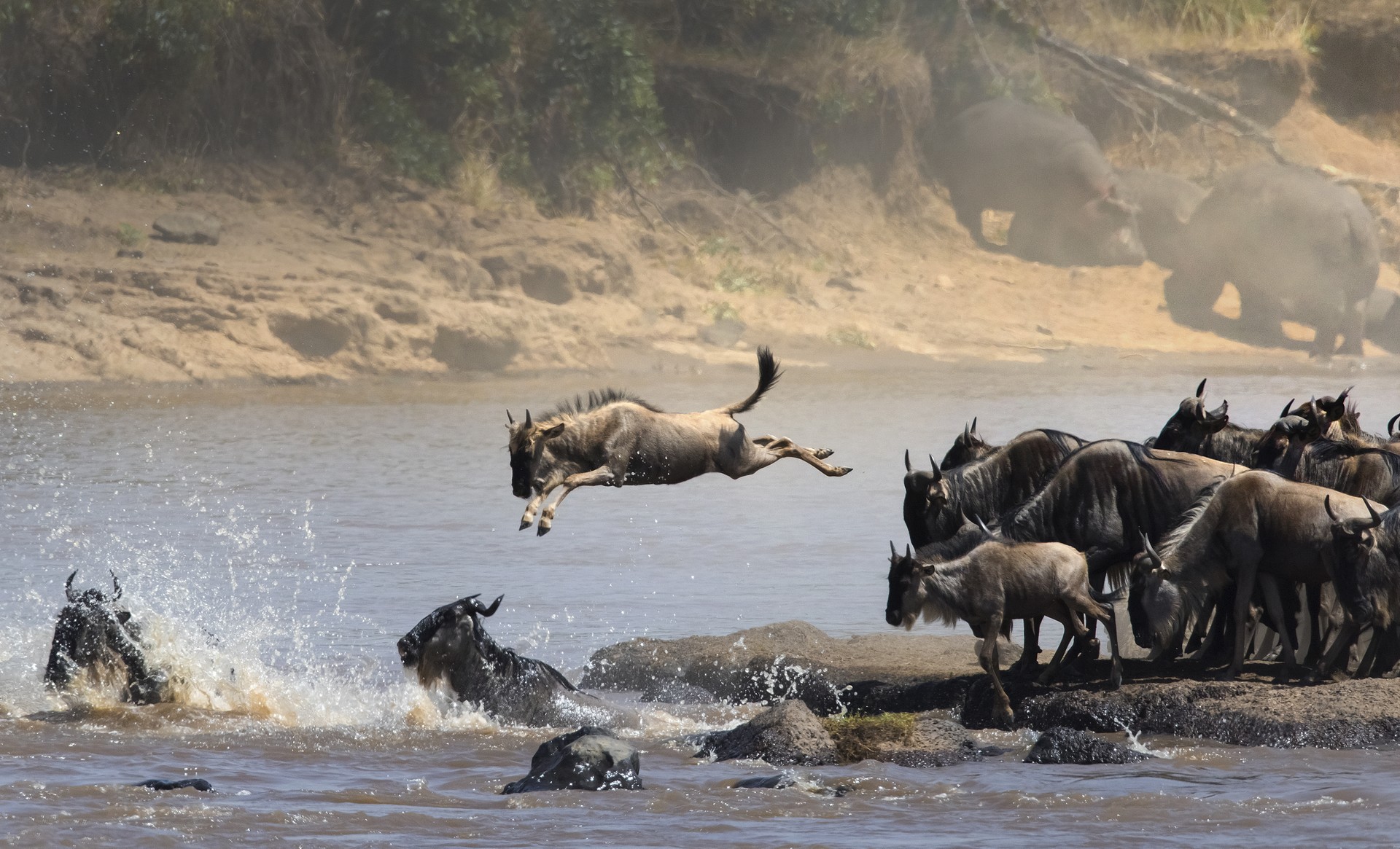 For a total contrast to Kenya’s savannah ecosystems, consider a visit to the Aberdare mountains, protected by National Park status since 1950. This region is a spectacular collection of peaks and ravines hewn originally by volcanic activity, and is now a scenic location for some excellent treks and hikes as well as hosting a large number of big game animals. 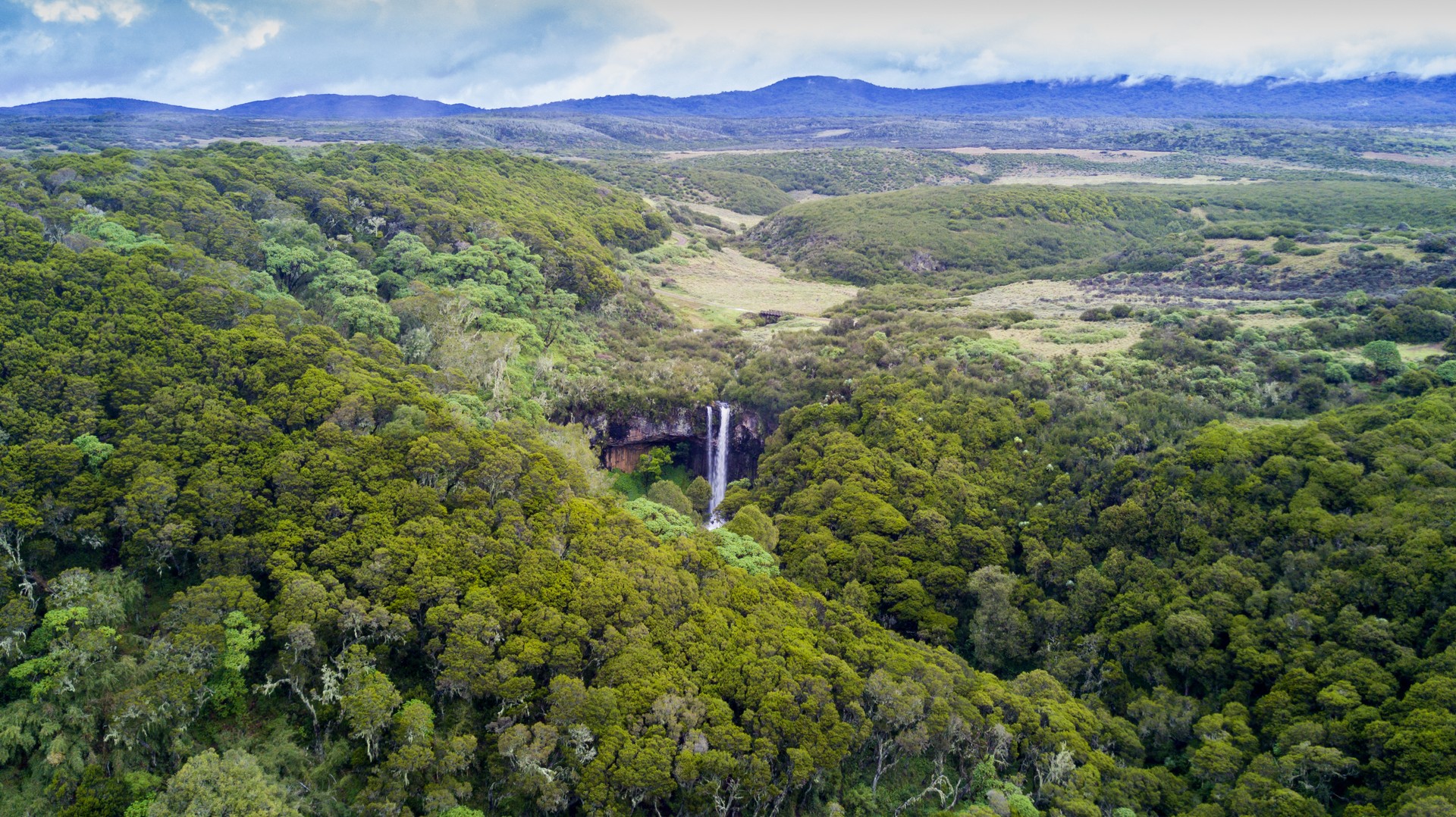 A significant population of rare black rhino call the park home, as do lions, leopards and primate species such as baboons, black and white Colobus monkeys and Sykes monkeys. 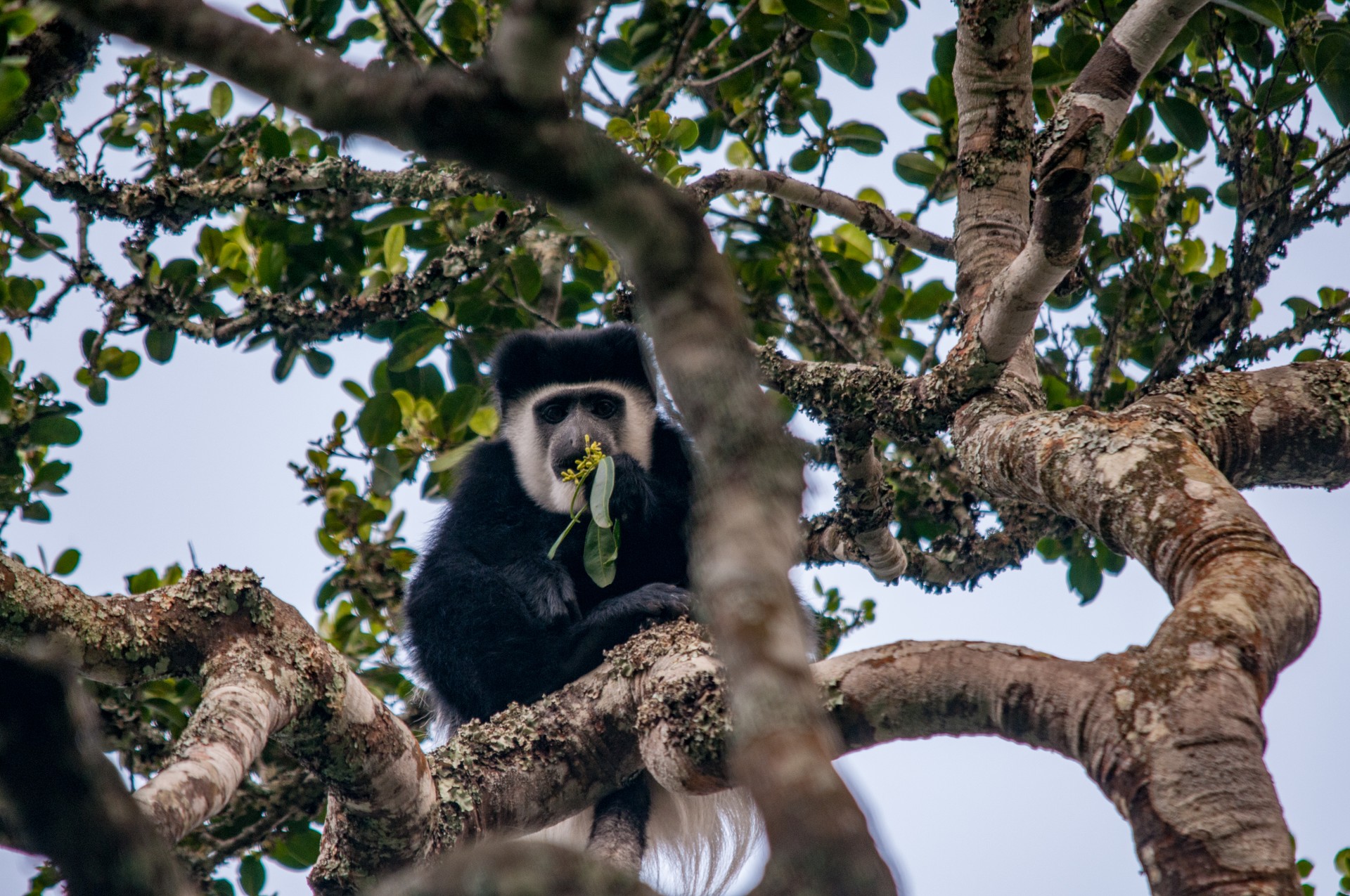 This National Park focuses on the large, shallow lake Nakuru and the surrounding marshland where keen birders will be in their element. Waterbirds are a particular feature of the park, as well as plenty of water loving animals such as hippos, rhinos, buffalo and waterbuck.

There are around 400 species of birds recorded in the area, and depending on the fluctuating abundance of their food sources, it has been known for millions of flamingo and many thousands of waterbirds and waders to be present at one time. Unfortunately rising water levels in the lake have meant that the flamingos have moved on, but it is still wonderful for general bird watching and the park is home to both black and white rhino. Good viewing locations include Lion Hill and Baboon Cliff where you can see a large area of the lake and marshes. 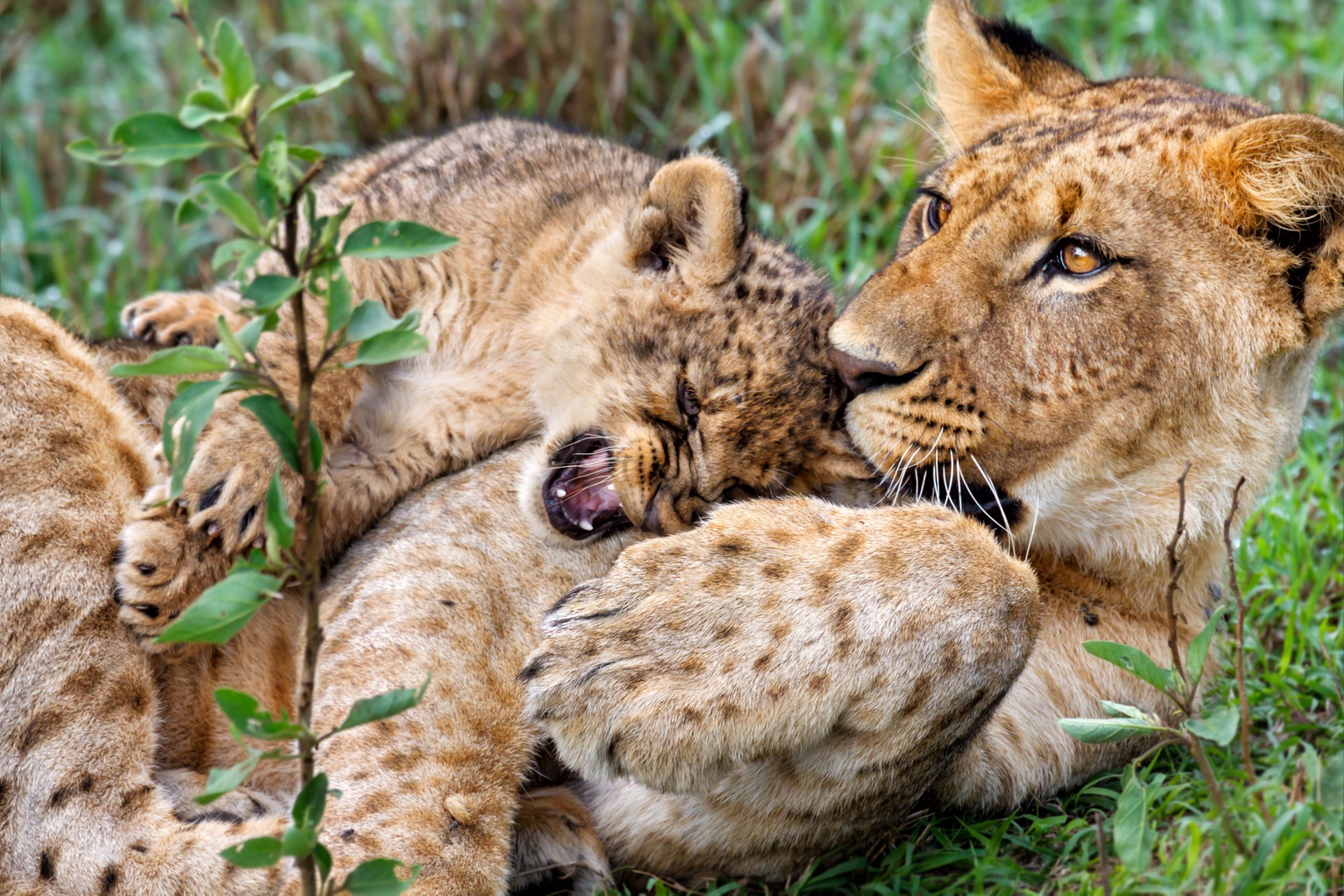 Close to Kenya’s stunning coastline, the 9,000 square kilometres of Tsavo West is yet another remarkable destination for wildlife watching. Mzima springs is a lush section of the park where freshwater bubbles up from the ground, providing a focal point for a constant parade of creatures to come and drink, as well as a home for water loving species such as crocs and hippos. Big game in the park includes large herds of various antelope, zebras, lions, cheetahs, leopards, buffalo, rhinos, and giraffe. 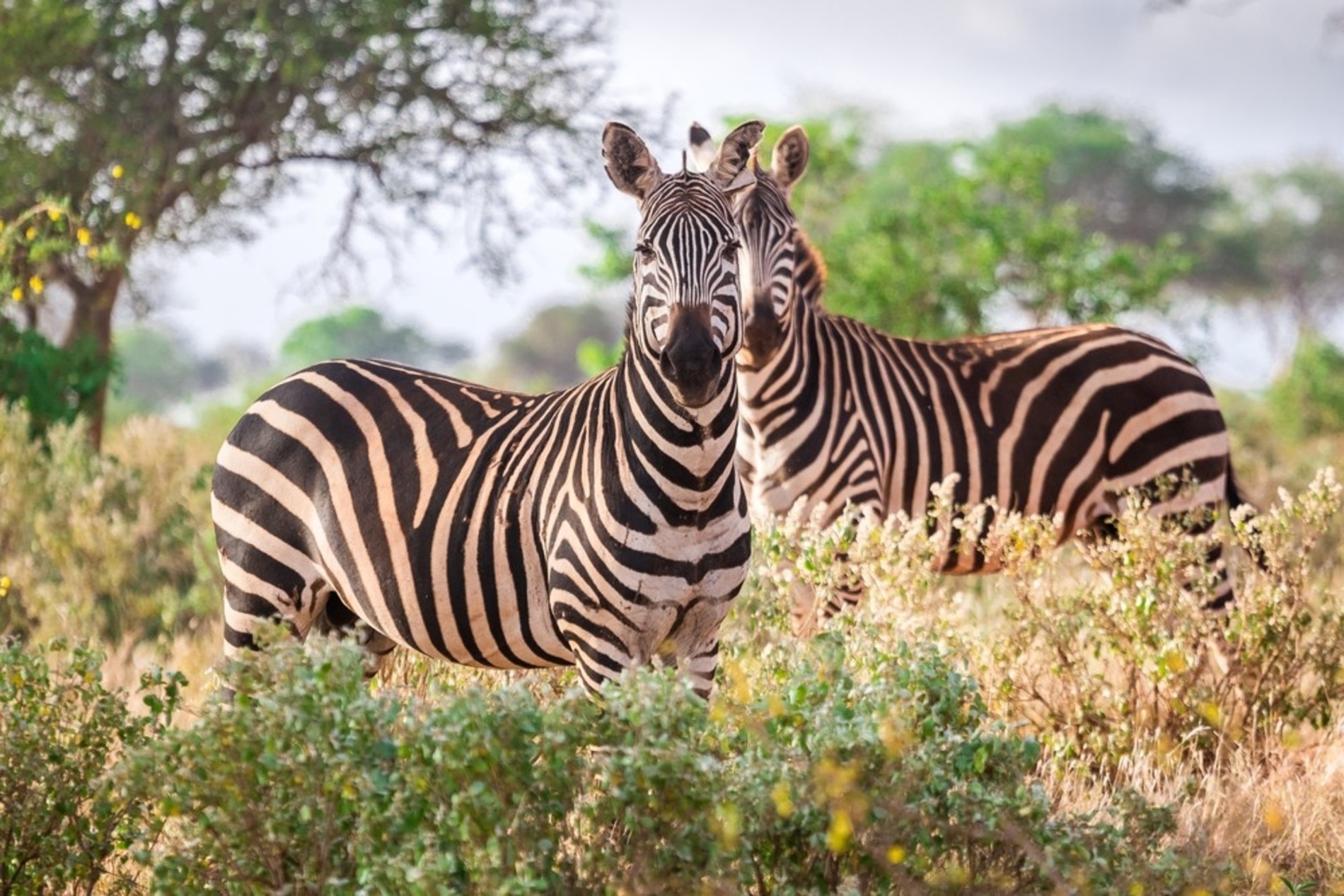 The beautiful surroundings of Laikipia is the location for this unique private conservancy. Situated to the north of Mount Kenya, there are some spectacular views around the reserve. Enjoy night and daytime game drives, as well as walking (and sometimes even horseback) safaris and overnight bush camping. Expect to see lions, elephants, giraffe, impala and hippo here, and for the lucky few, maybe a leopard or cheetah. 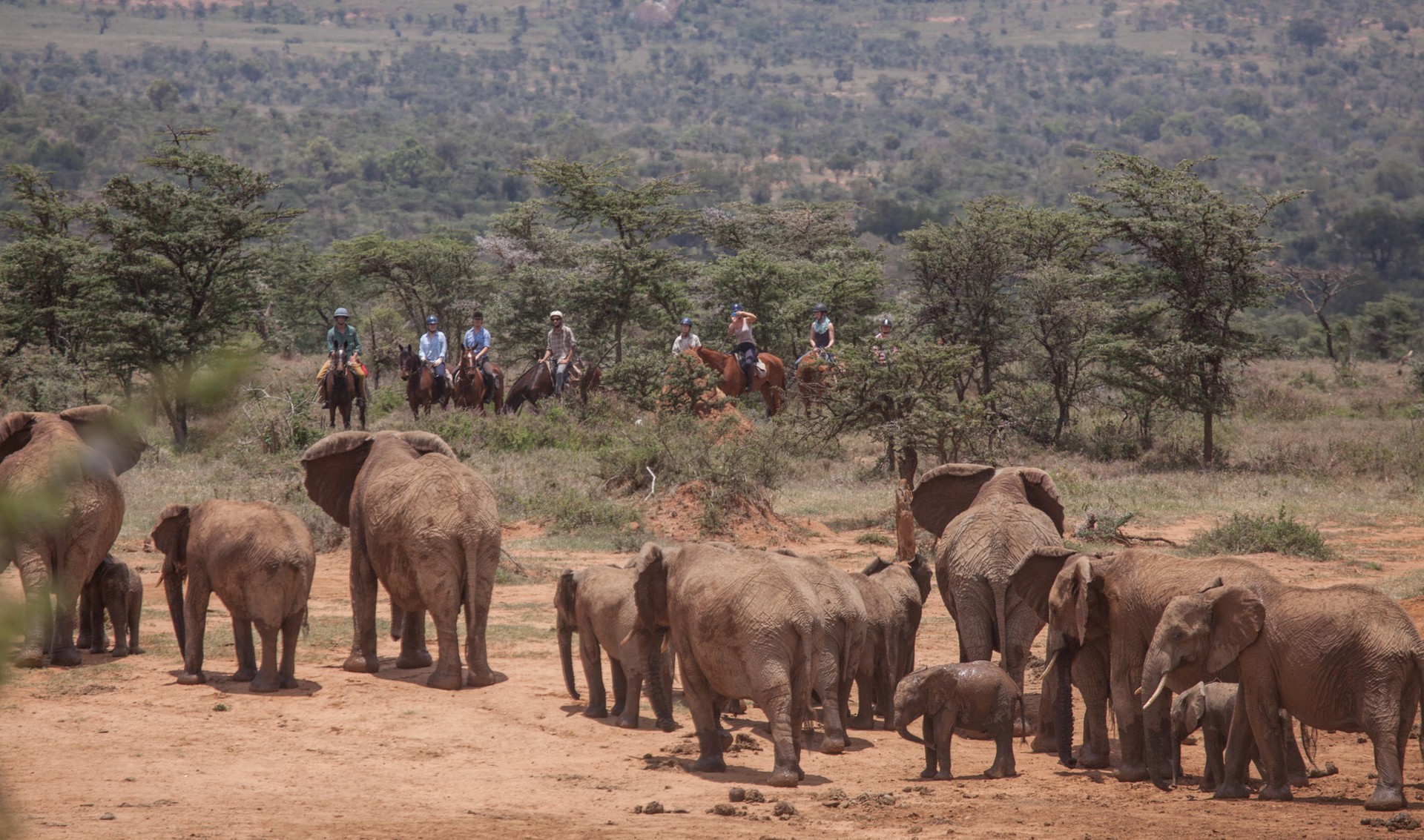 73 square kilometres of birdwatching heaven lies just 90 minutes from Nairobi, easily accessible on almost every itinerary. There are a total of 400 species of birds recorded in the park, many of which nest and breed here. Some of the most significant avian species to look out for include Spectacled Weaver, Klaas’s Cuckoo, Black-backed Puffback, and Long-crested Eagle. Aside from ornithological rarities, the park is also home to 50 plus species of mammal, notably leopard, giraffe, Grevy's Zebra, warthog, Impala and Galago. 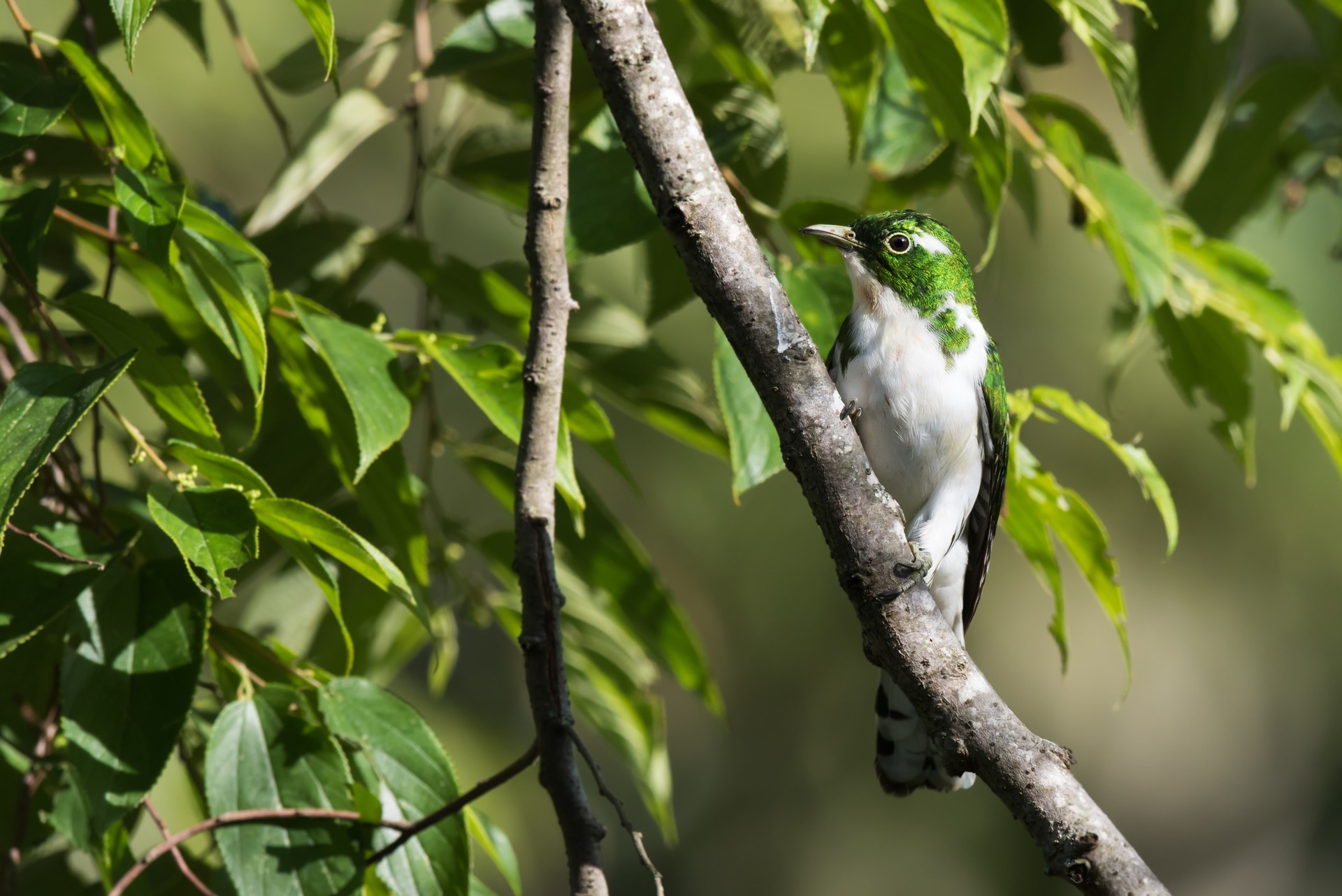 Around 250 kilometres from Nairobi, Amboseli National Park covers almost 400 square kilometres of plains, woodlands and swamps occupying a stunning setting at the foot of Mount Kilimanjaro. This region is subject to a long dry season every year, meaning vegetation is relatively sparse which allows for brilliant game viewing opportunities, with the imposing 5,895 metre bulk of Kilimanjaro brooding in the background. 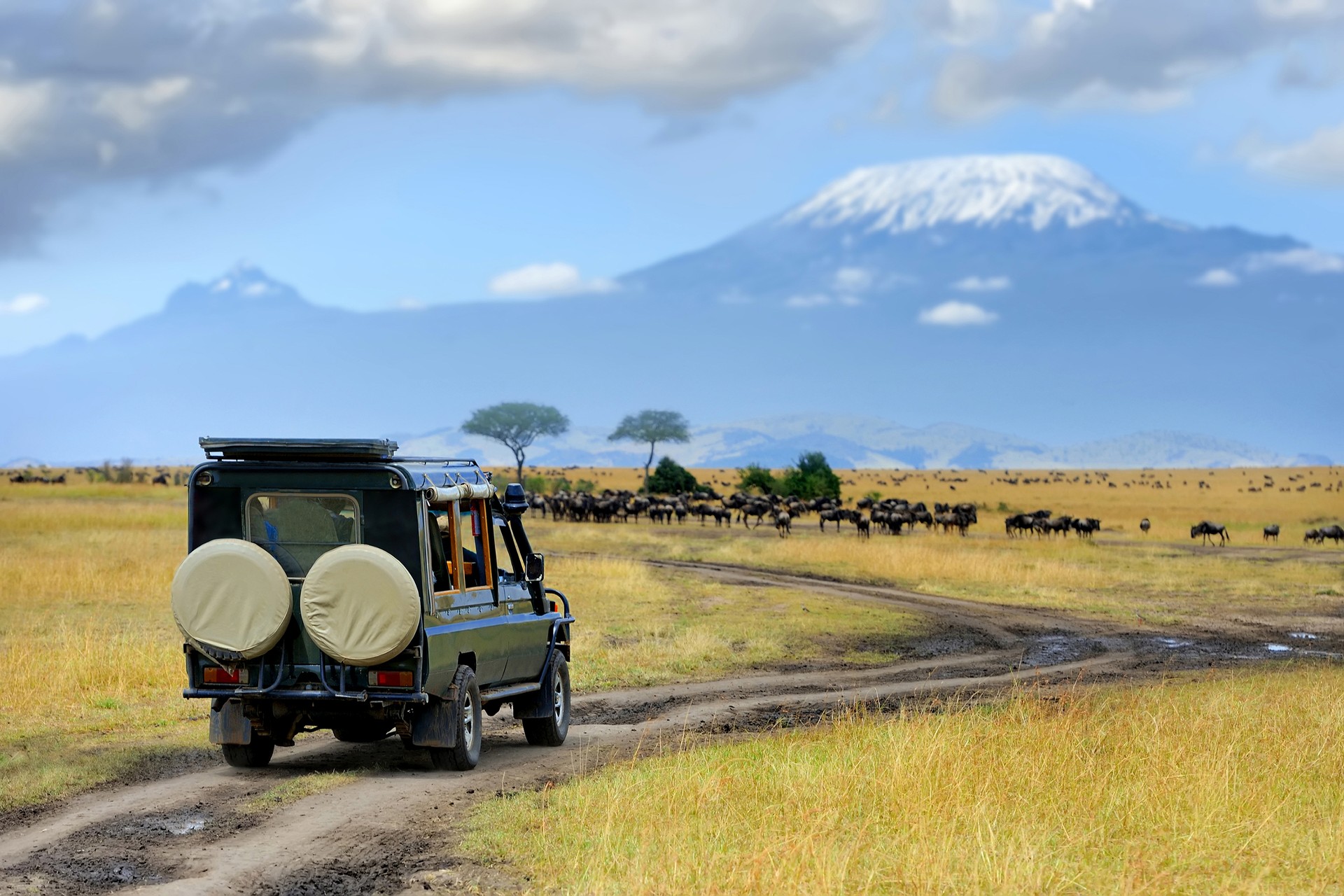 Observation Hill is a renowned viewing spot which overlooks large swathes of the park and offers great views of its inhabitants, which include elephants, lions, hyenas, cheetahs, zebras, giraffes, buffalo, impala and wildebeest, as well as a rich variety of birds.

Make your dream Kenyan safari into reality with our local experts to help you plan and prioritise. They will work with you to put together your perfect itinerary - after all it's the trip of a lifetime to one of the world’s premier safari destinations so you should make the most of their expertise. All you need to do is send them a few details and they will get to work.