What to do in the Philippines

There are so many islands in the Philippines that if you visited a different one every day it would take you almost 20 years to see them all. All those islands and their combined coastline of nearly 60,000 kilometres - not to mention the rich culture and history of the Philippines - means it’s no exaggeration to say that there’s enough here to keep you busy for a lifetime. But most of us don’t have quite that long to explore this vast archipelago, so here are a few of our favourite destinations to help you narrow down your options. 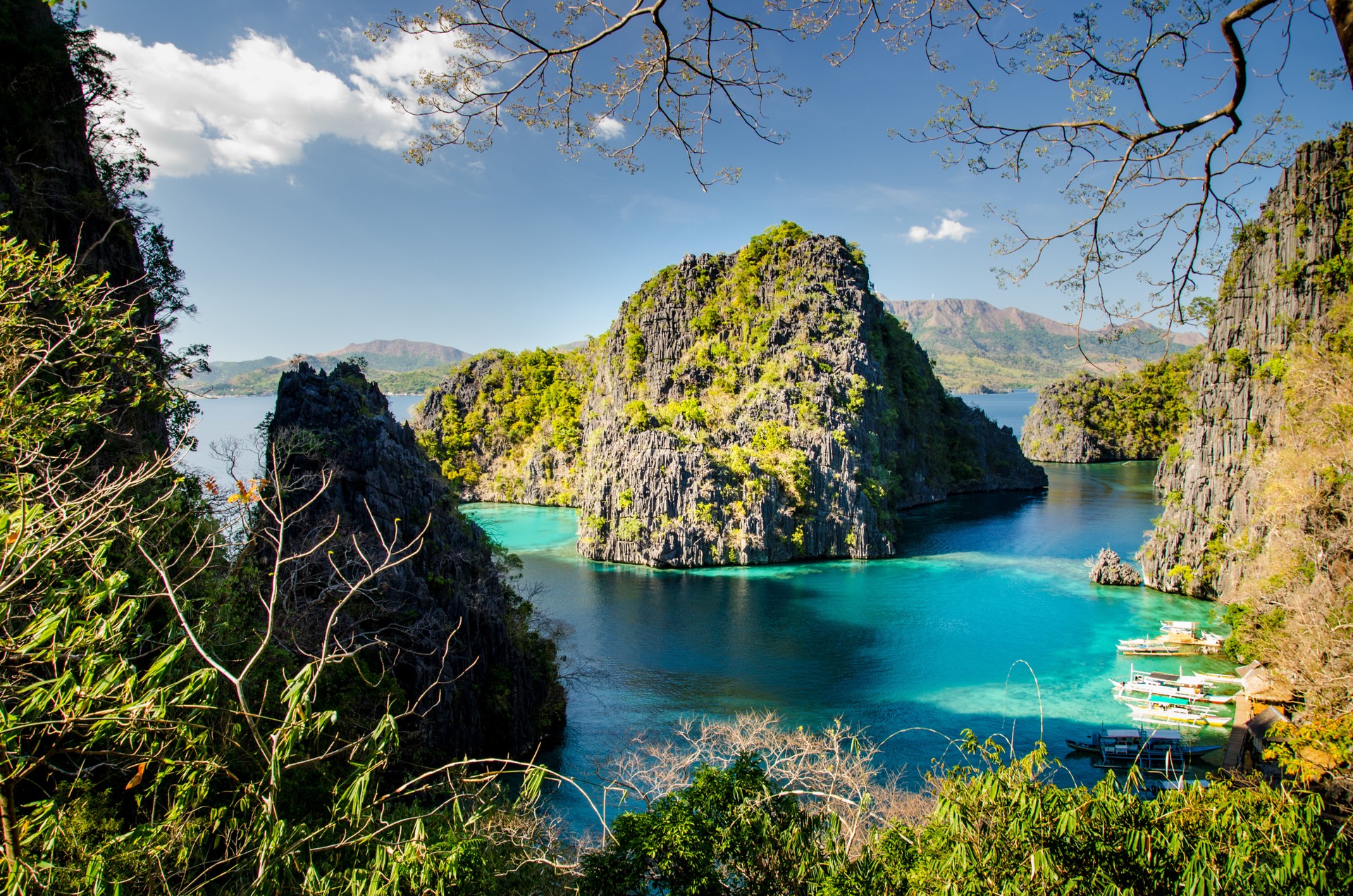 Gaze at the Banaue rice terraces

Although Banaue is only 300 kilometres north of Manila, it couldn’t be more different. The Cordilleras mountains rise in the north of Luzon, and when you are breathing in the cool misty air surrounded by the green hills the frenetic city and coastline of the south seem like something from another planet. At 1,300 metres altitude, Banaue is a small hill station on the doorstep of one of the most jaw dropping sights in the Philippines. 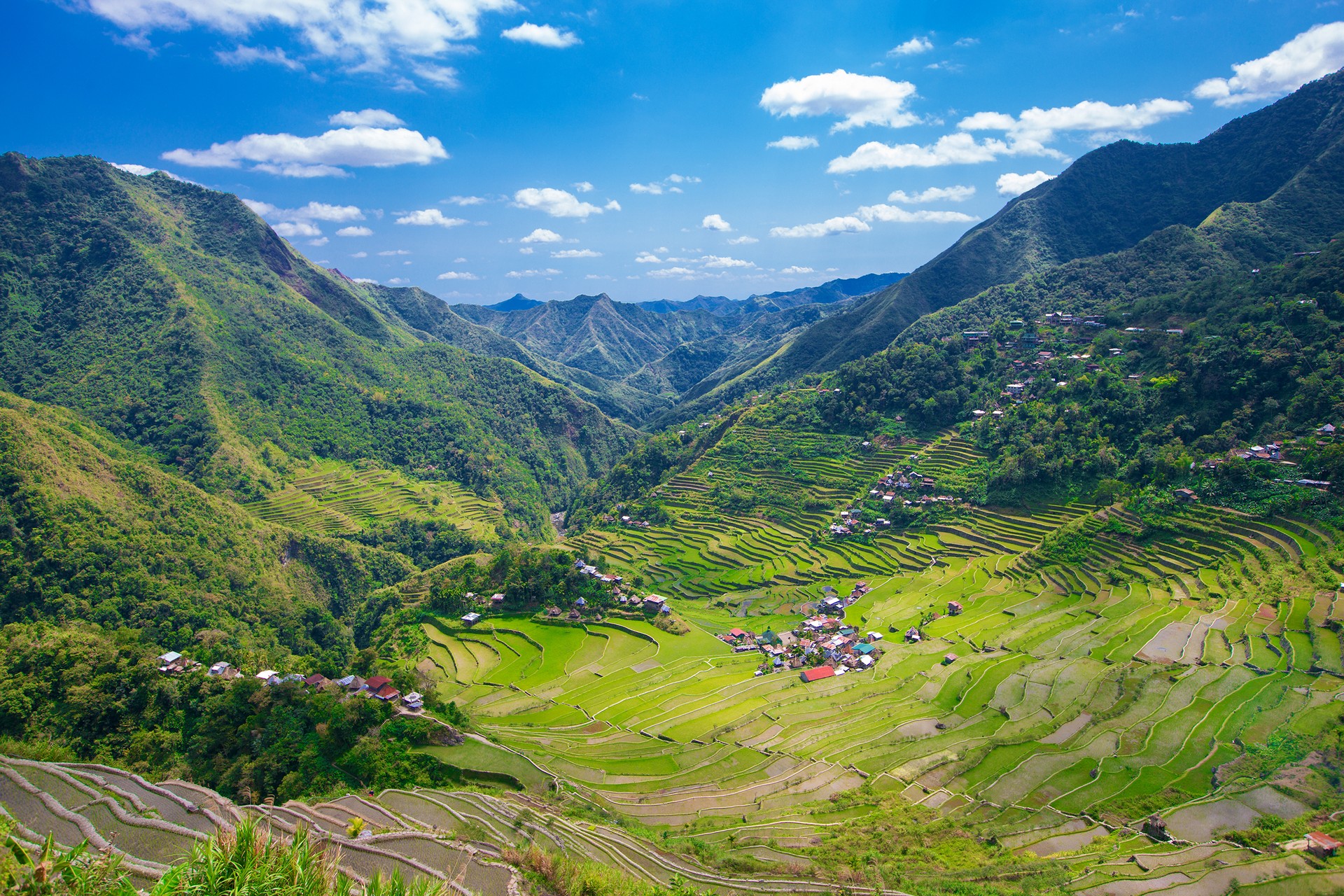 The rice terraces that encircle the town make an incredible landscape, the steep slopes all around corrugated by centuries of human toil and impressive feats of engineering. Take a hike through the terraces to remote villages and enjoy the fresh mountain air. 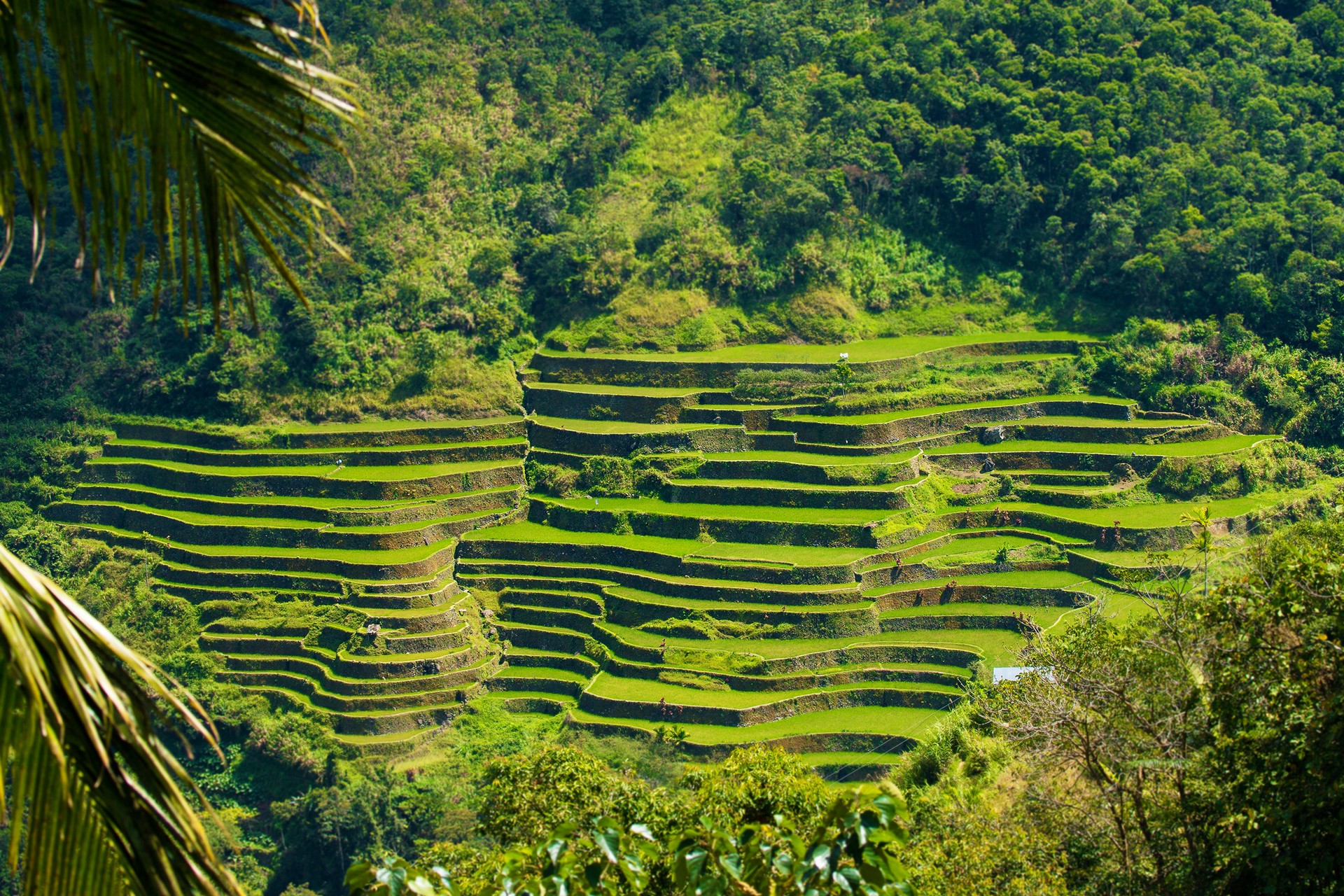 Visit Sagada and the hanging coffins of Echo Valley

Not too far from Banaue, also nestled high in the mountains is the small town of Sagada, where visitors come to enjoy the sensational views, the natural surroundings and a couple of unusual cultural quirks. While in Sagada, it’s well worth getting up early and finding a viewpoint to watch the sunrise over the Cordilleras, which is a magical sight. There are lots of cave systems in this area and with a guide some of the caverns are accessible to visitors, such as Sumaguing cave. Be aware these are not show caves and you will need some strength and stamina to manoeuvre through the chambers. 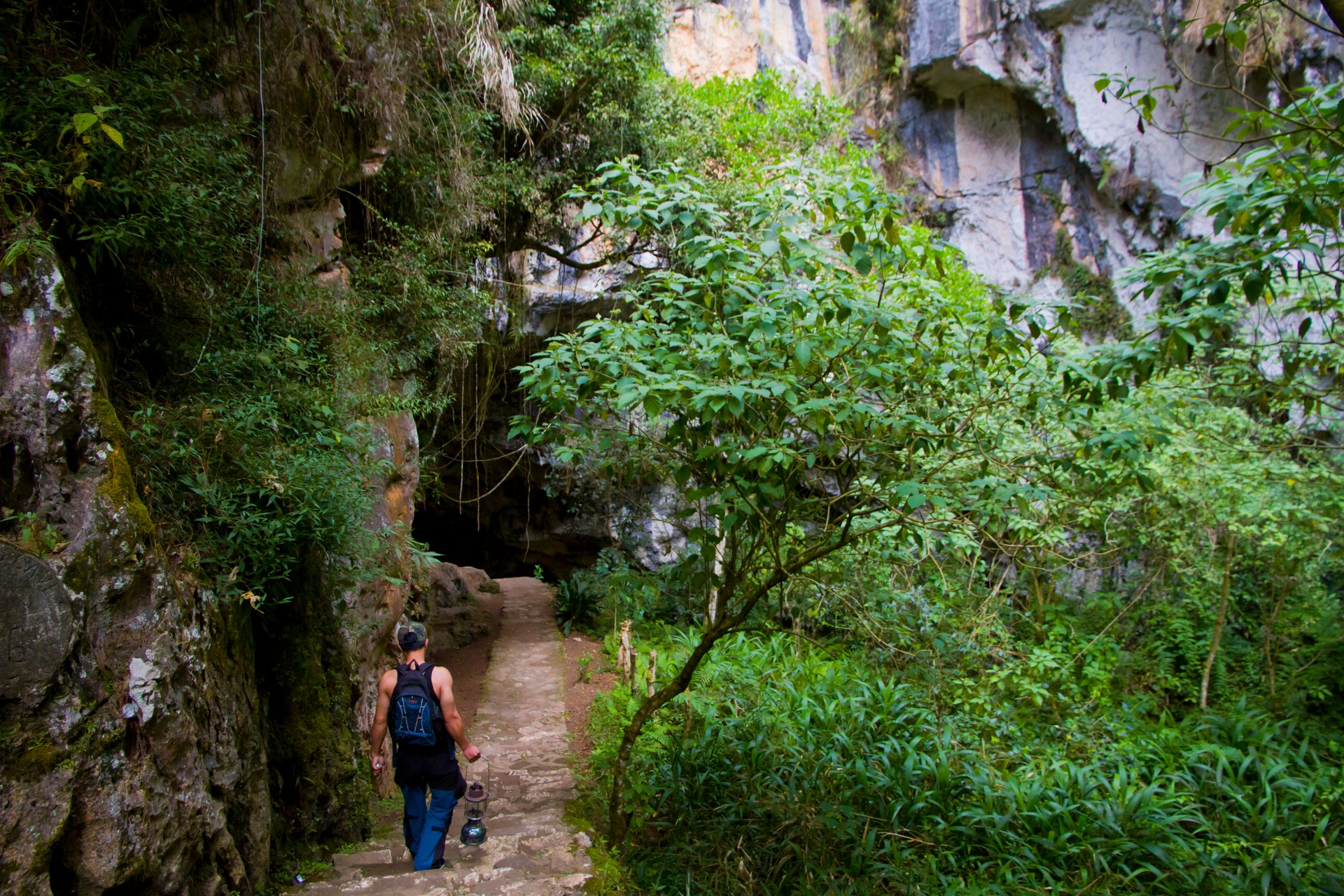 Many people are curious enough to make a 4 hour round hike to see the hanging coffins of Echo Valley which - as the name suggests - are coffins that have been suspended from the cliff walls above and around Sagada, apparently in an effort to ensure their final resting place is closer to heaven. 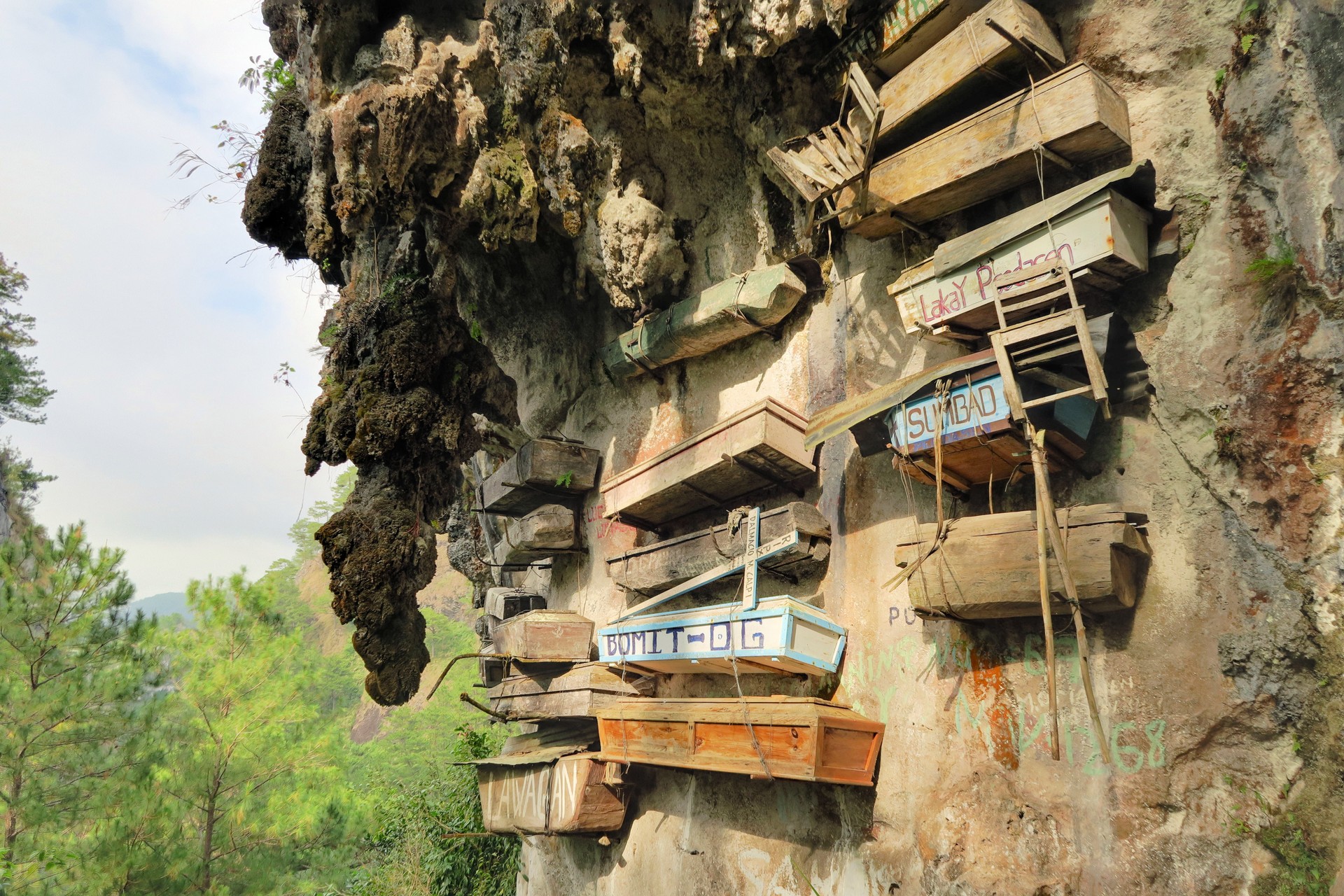 Just off the north of Cebu island is the teeny speck of Malapascua, one of the best places to dive in the Philippines. It may only have an area of less than two square kilometres, but its waters are teeming with life. Many divers make a beeline for Malapascua because it is home to plentiful manta rays and the thrilling thresher shark with its impressive scythe-like tail fin. 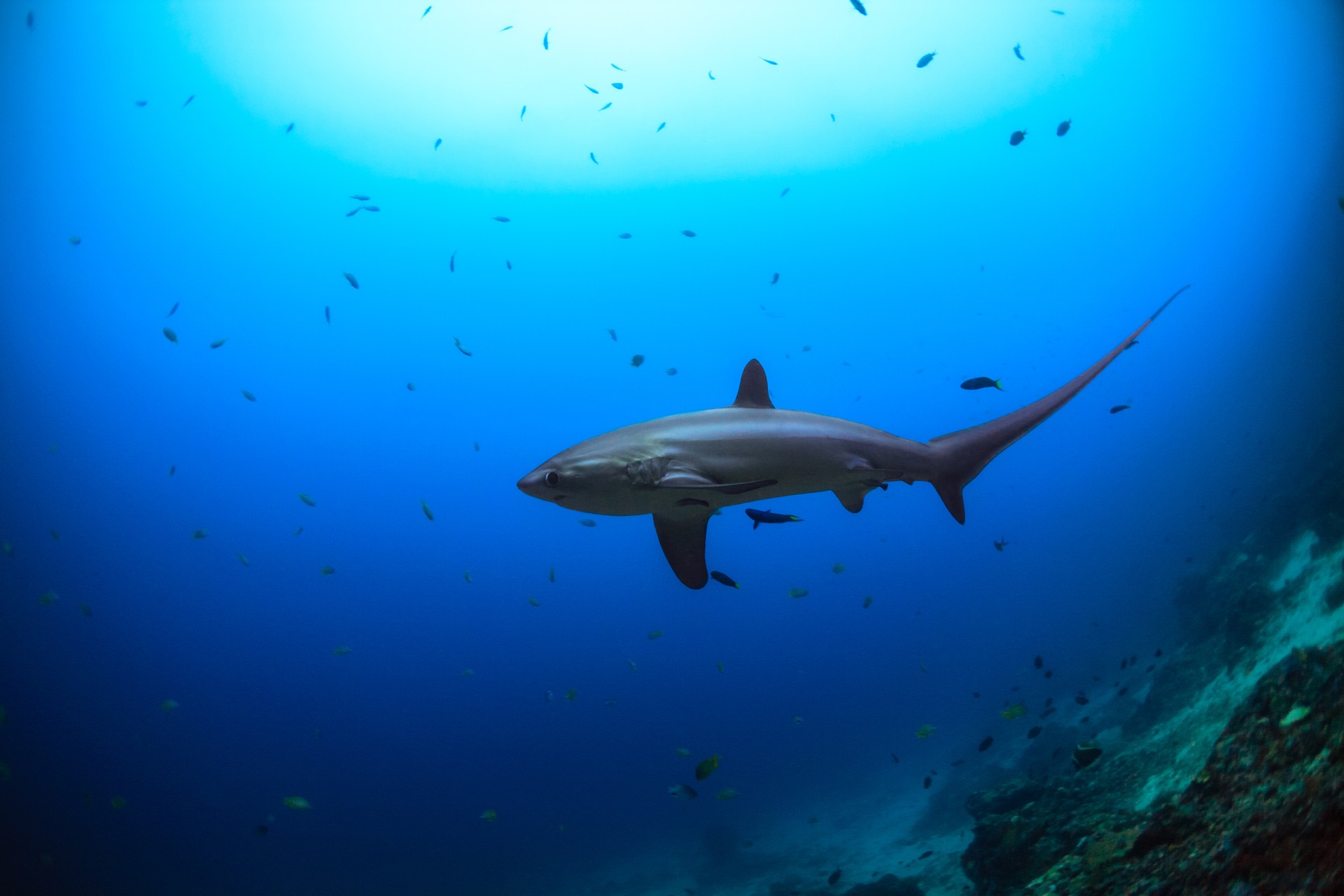 This little island does have a few places to stay, mostly located on the dreamy ‘Bounty beach’ - a picture postcard of rustling palms, dazzling white sand and calm, clear water. There are a handful of other islands which are easily reached for a day of diving or snorkelling, such as tiny Lamanok island, which is essentially two rocky outcrops linked by a sandbar, but stunning nevertheless.

Kalanggaman islet is arguably even prettier, with a long white sandbank curving through the shallow turquoise lagoon that surrounds it, crowned by a rocky landmass with few signs of human activity. You can stay overnight here, and also on Maripipi, another speck of land where you might spot dolphins and reef sharks. 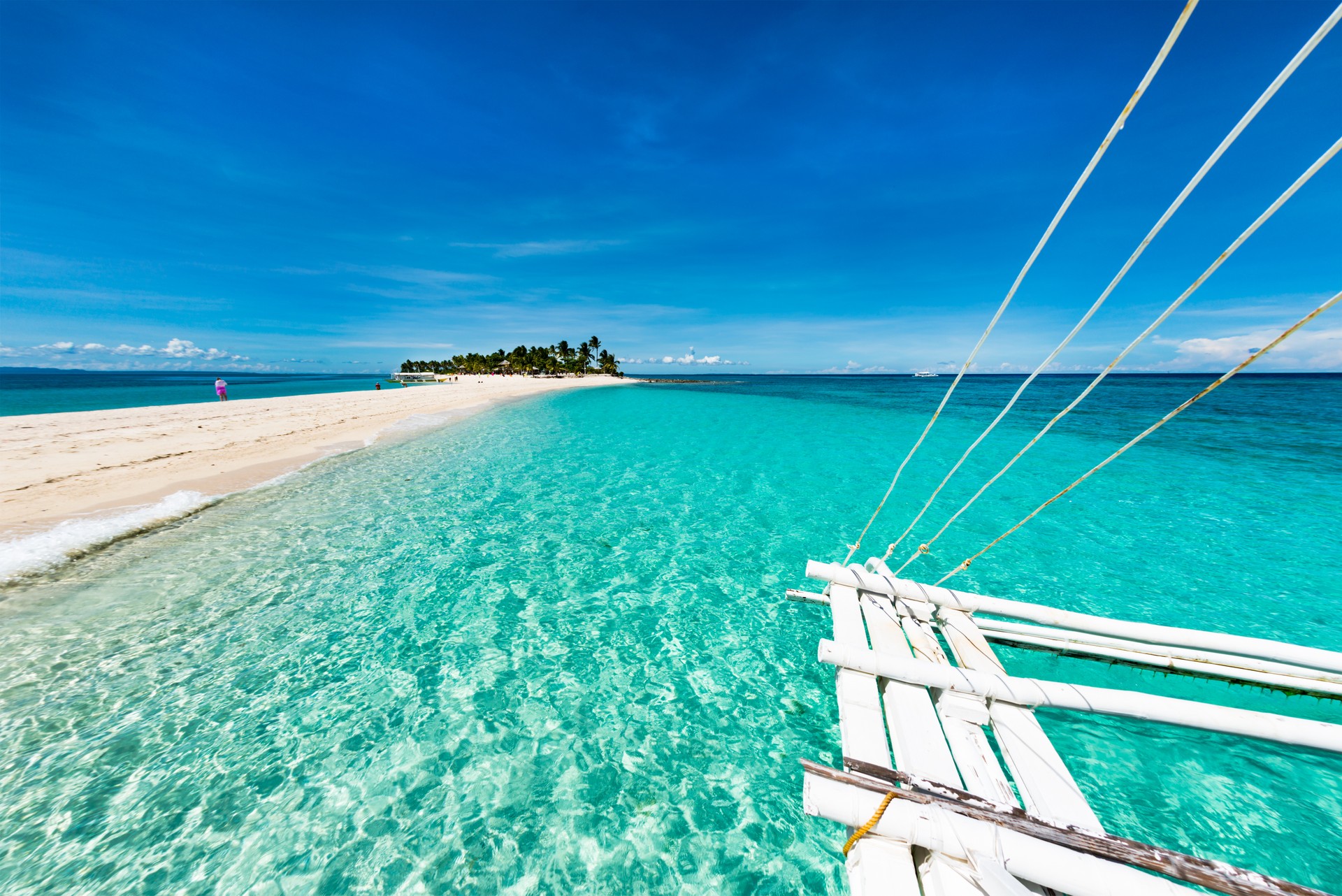 The capital of the Philippines does not often get glowing reviews from travellers, but if you give it a chance it has a charm all of its own. The walled district of Intramuros is the oldest part of the city, and though it has not survived intact since it was constructed almost 450 years ago, there are still many significant sights and a sense of history here. 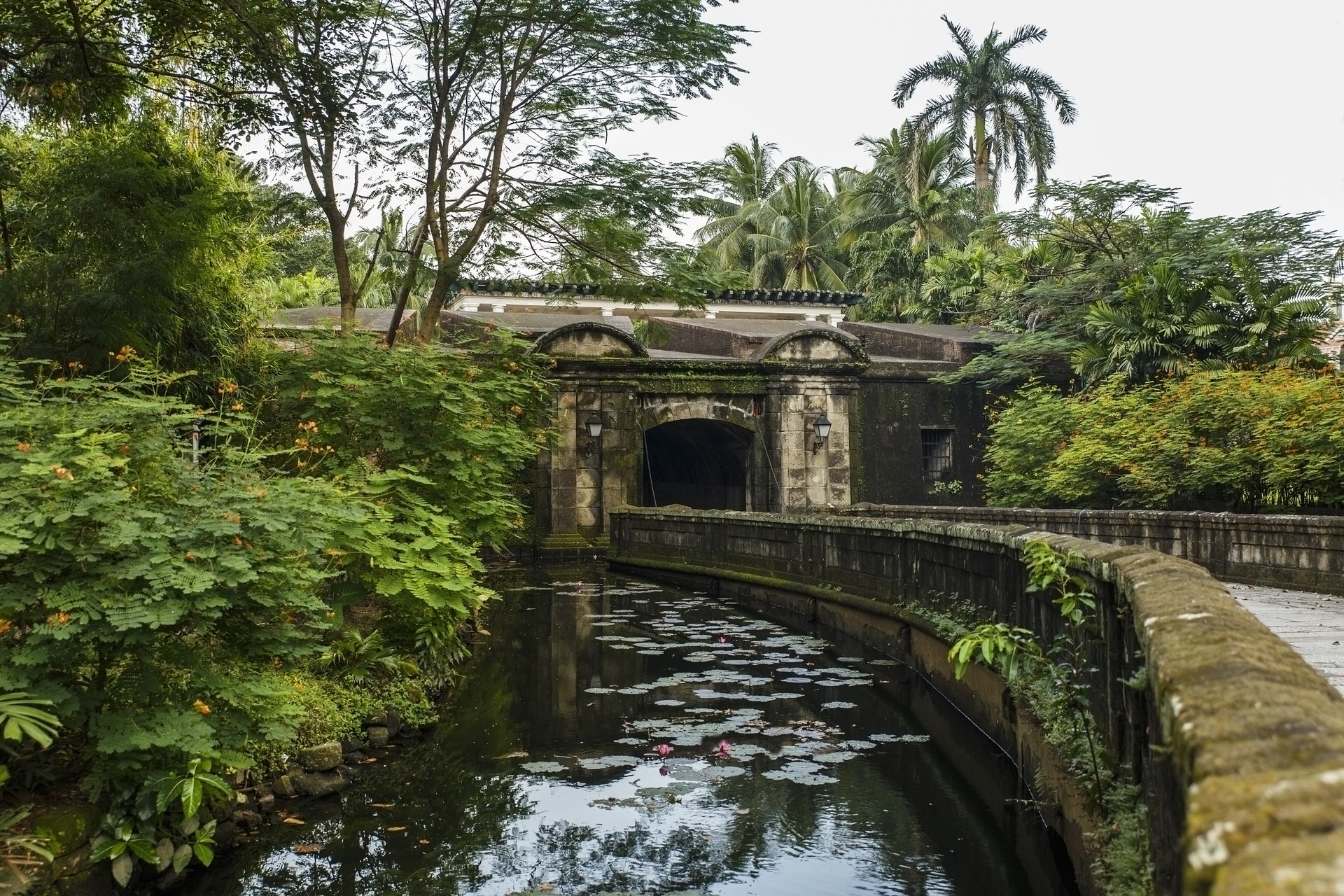 Catholicism is the dominant religion in the Philippines and this is reflected in the presence of several impressive churches in the capital. There are two standout monuments in Manila. One is the church of San Agustin, one of the oldest churches in the Philippines, which has survived 400 years despite earthquakes, fires, typhoons and wartime bombardment. It’s interiors are Baroque in style and feature some impressive trompe l'oeil work. The other is the imposing Manila Cathedral. A short distance away from San Agustin, it was not so lucky and suffered extensive damage over the centuries, though it retains an attractive and serene interior. 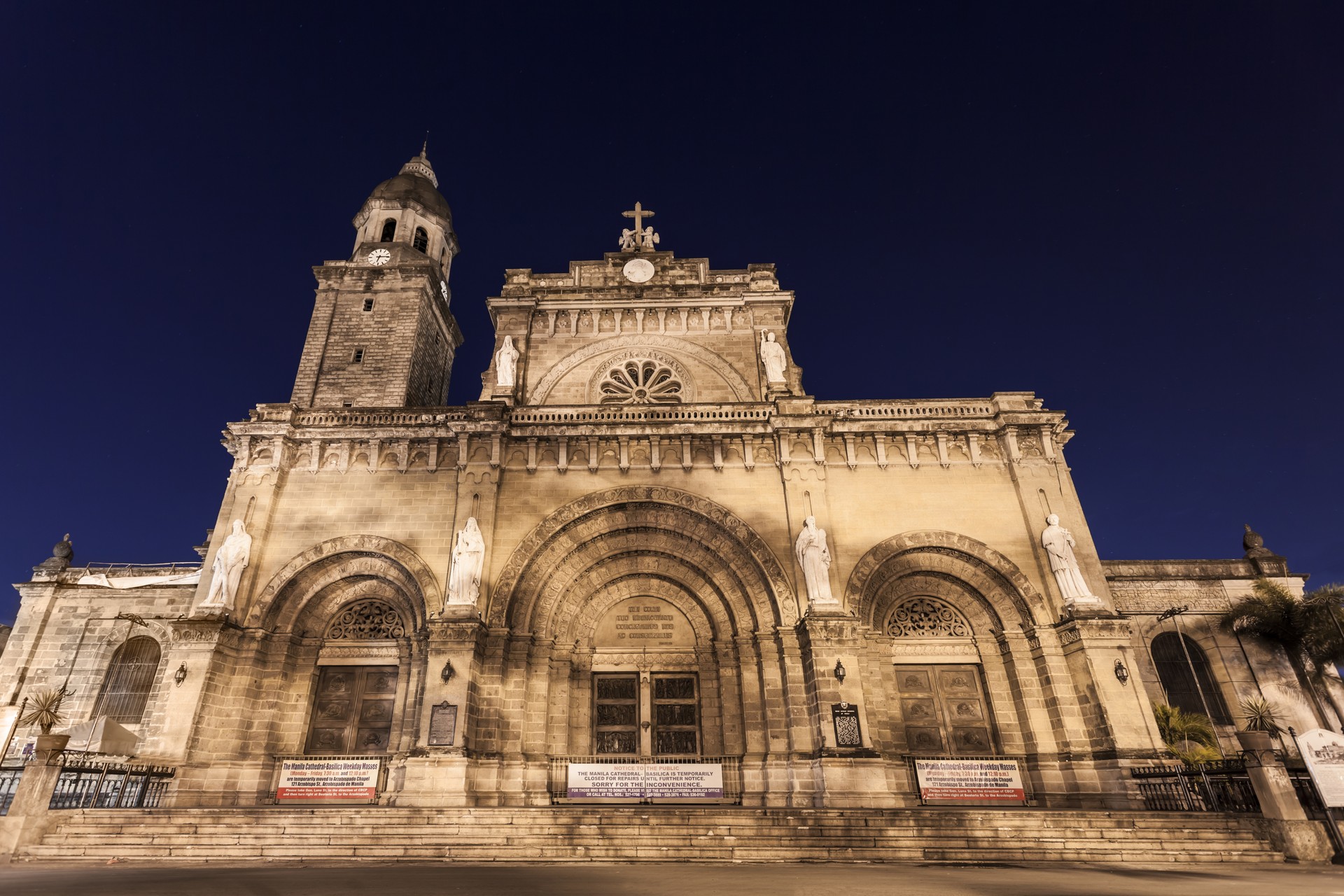 A perfectly symmetrical cone rising in Bicol, south Luzon, Mount Mayon is the Philippines’ most active volcano. Local legend and mystery swirls around the smoking peak; the most popular story tells of a beautiful princess who defied her overprotective uncle and eloped with her warrior lover, causing her uncle such fury that when he was buried in a landslide his anger was so strong that it caused the volcanic activity that is still ongoing today. 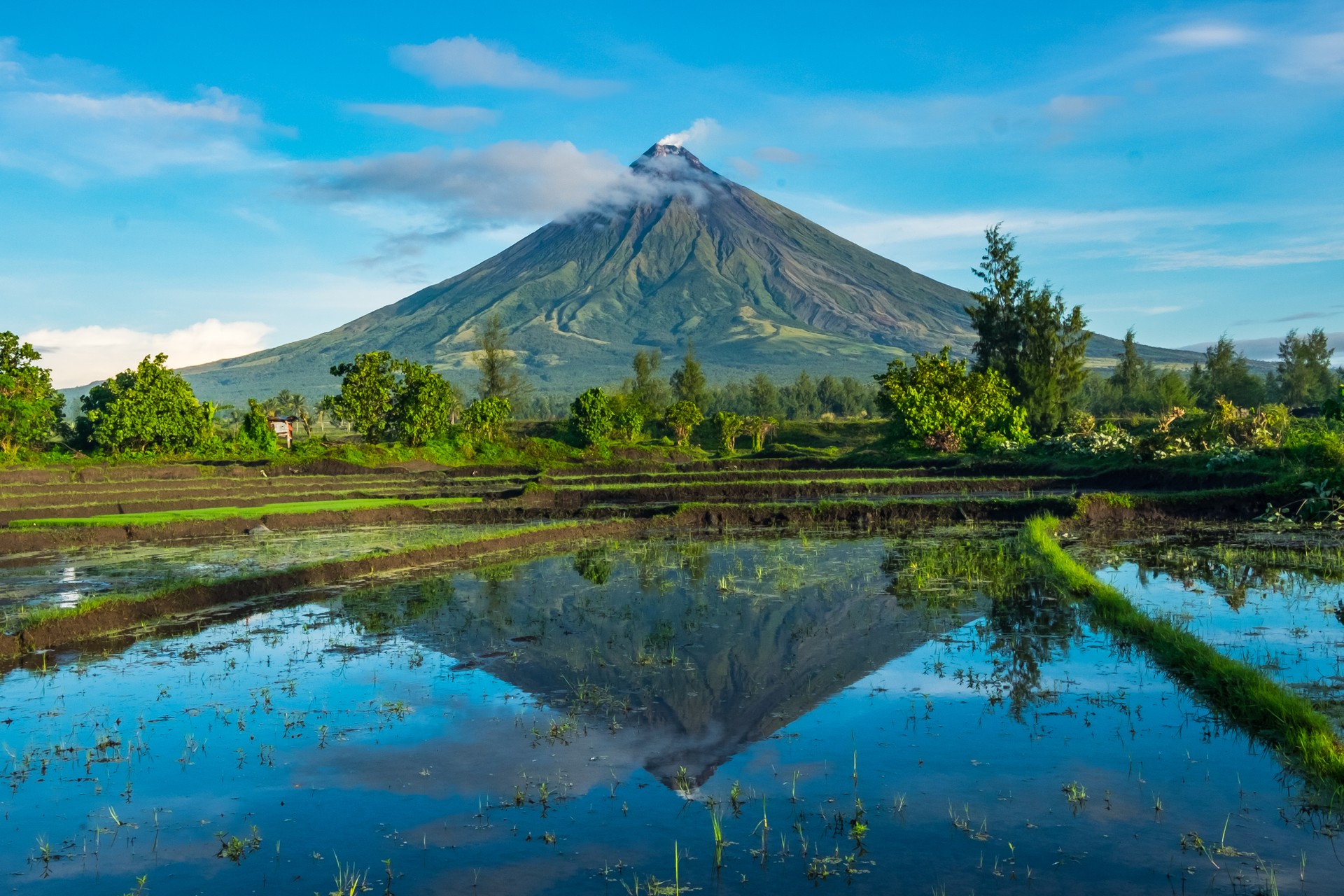 Past eruptions have been recorded every few years over several centuries, and if you plan to visit the area ensure you pay close attention to the alerts issued regarding the status of the volcano, as it has claimed the lives of thousands over the centuries, most recently in 2013 when it erupted with very little warning. It also erupted in January of this year (2018) but thankfully with no fatalities. The two day climb uphill is a challenging hike to reach the 2,463 metre crater, but views over Bicol and the archipelago are incredible, and seeing inside the crater of an active volcano is a unique and thrilling experience. 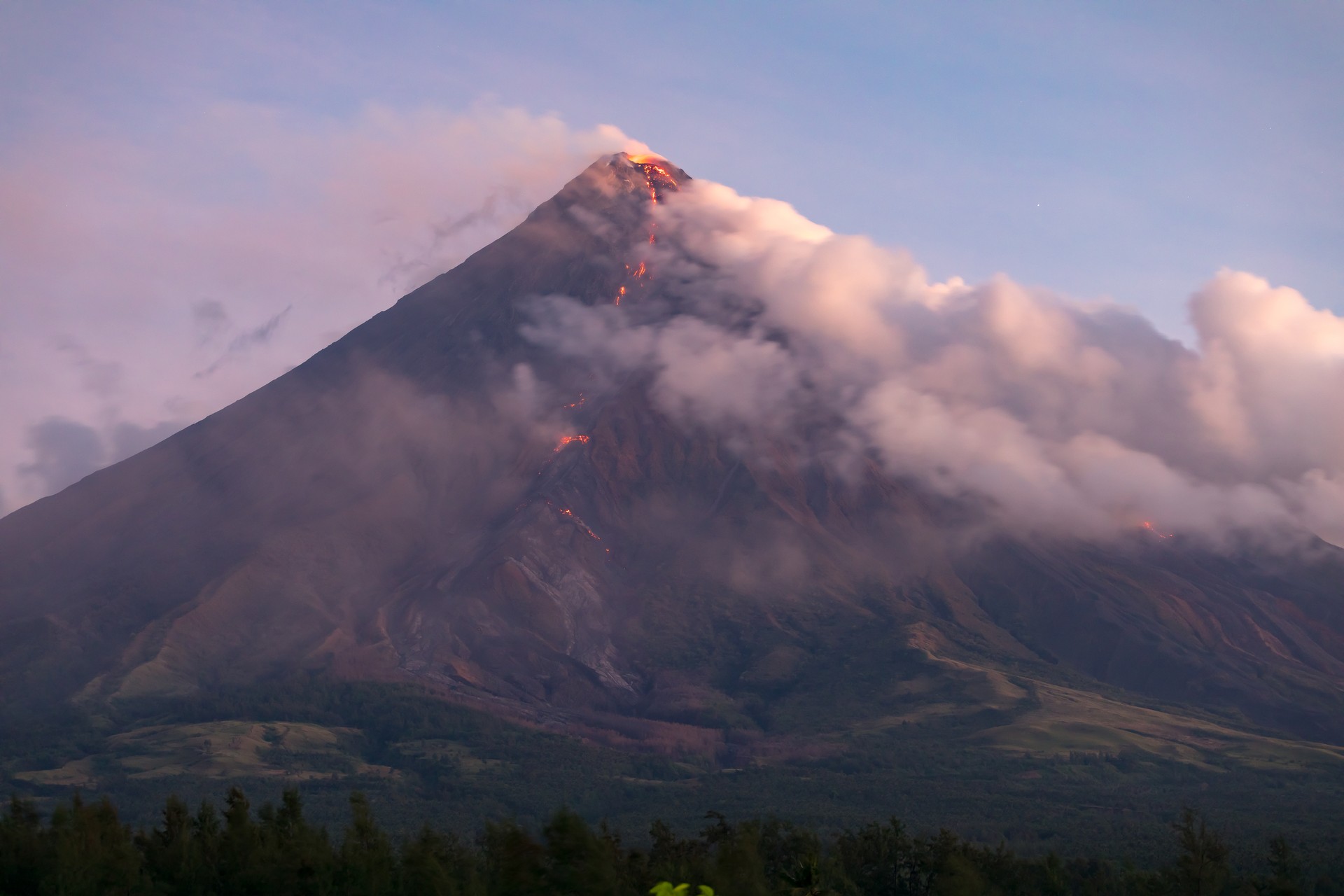 The Philippines has an abundance of  natural beauty and a huge variety of destinations all waiting to be discovered. Its blissful beaches, friendly people and truly stunning landscapes are perfect for your next adventure, so get in touch with our local experts to begin to create your bespoke Philippines itinerary. To speak to someone in the TravelLocal office please call +44 (0) 117 325 7898.