Nepal’s unique topography invites you to enjoy a huge variety of landscapes and experiences without covering great distances. Temples are scattered through its verdant valleys, tangled jungles carpet the lowlands, and immense snowbound mountains tower skywards.

Many areas of the country are protected as National Parks or reserves, some to safeguard flora and fauna, some to ensure wilderness zones remain pristine, and others to facilitate the trailblazing conservation measures that Nepal has so successfully introduced. Peeping out from dense vegetation or stalking across icy wastes, Nepal’s wildlife is as impressive as it is varied, and one of the highlights of visiting its National Parks.

Here we’ve picked a few of the most memorable National Parks in Nepal and have outlined their highlights.

The clear front runner among Nepal’s protected areas for wildlife encounters is located in the tropical lowlands, within reach of both Pokhara and Kathmandu so it’s convenient for many itineraries. 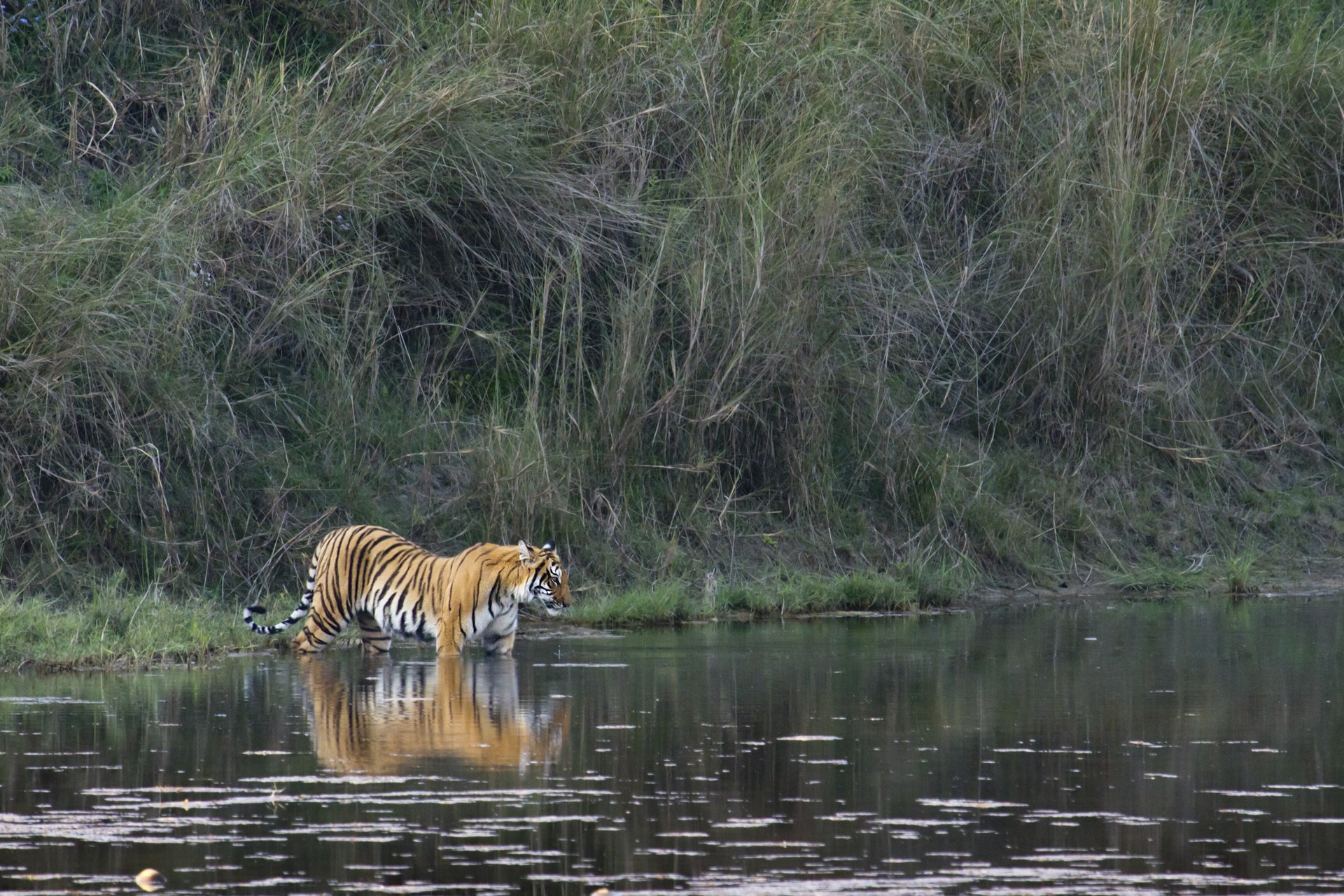 Chitwan is home to some interesting birdlife, elusive Bengal tigers, monkeys, leopards, jackals, antelopes, langurs, sloth bears, a large population of asiatic elephants, an unusual slim-snouted crocodile known as a gharial, and most famously, a thriving population of Indian rhinos.

Historically, one-horned rhinos have been poached mercilessly for their horns, but thanks to Nepal’s exemplary anti-poaching initiatives, the population has increased by around 40%. Most of the nation’s rhinos live within Chitwan, and you are virtually guaranteed a sighting if you go on a safari there.

Occupying a steamy jungle-clad plain in the west of Nepal, Bardia is a similar lowland habitat as Chitwan, but it is not as easily accessible so the experience is often a more peaceful and less touristed one. 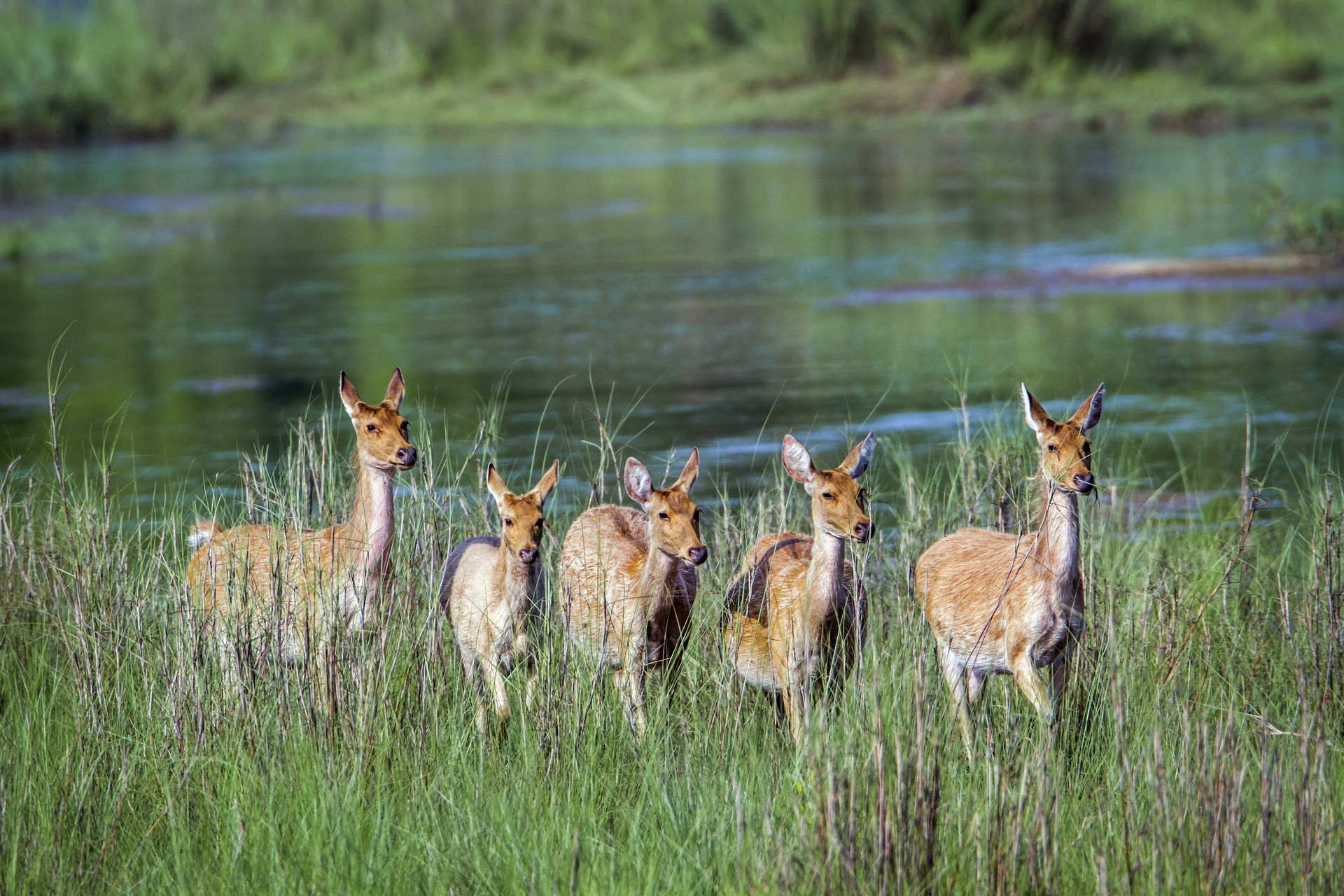 The major draw at Bardia National Park is the Bengal tiger, which is by no means a guaranteed sighting but represents your best chance of seeing the magnificent beast in Nepal.

There are also elephants, rhinos, gharials and an impressive population of birds. There is a lot of enjoyment to be had in Bardia from just relaxing in the wonderful environment which you are likely to have more or less to yourself. 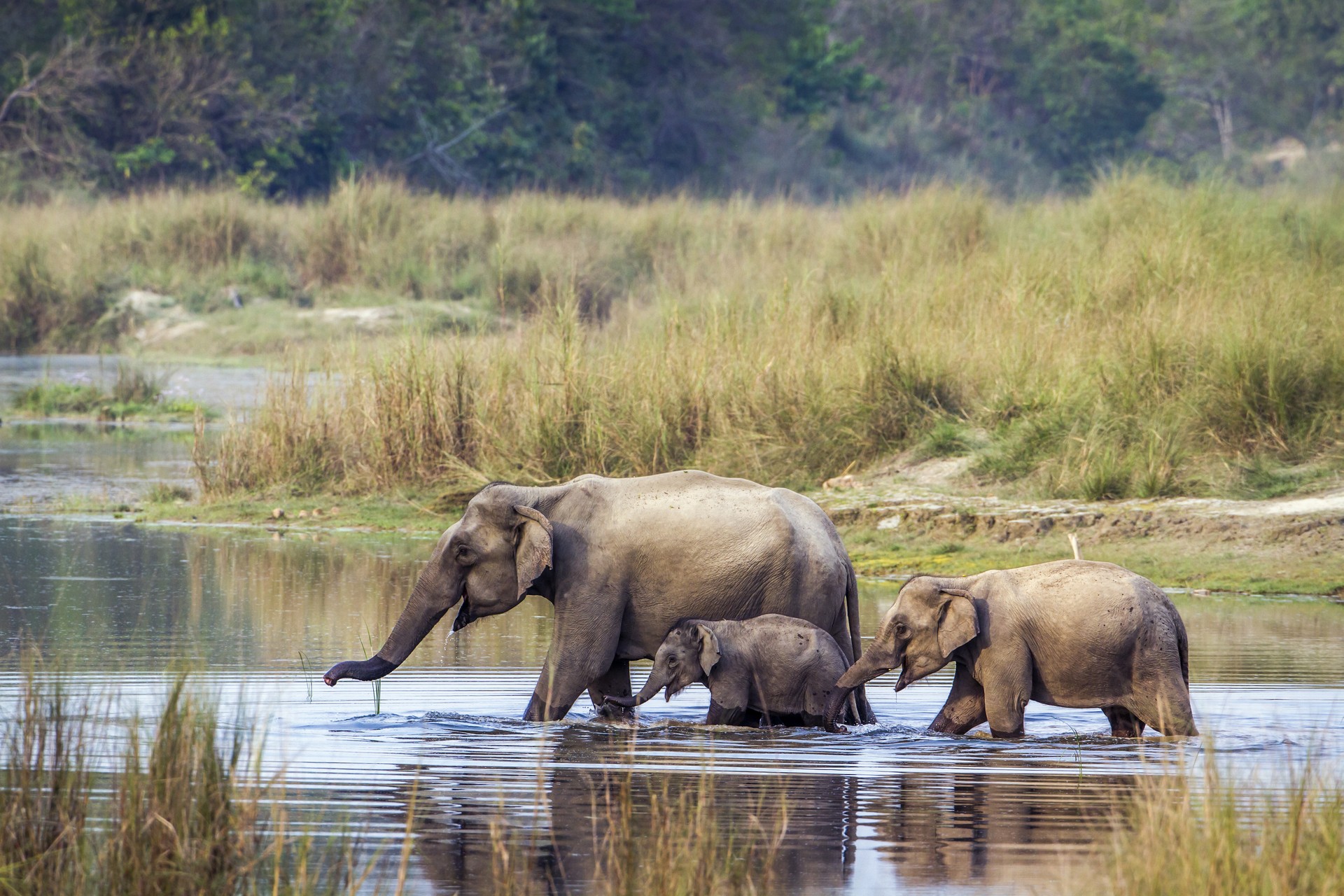 Stretching from the environs of Kathmandu right up to the border with Tibet, Langtang displays a huge altitude range of more than 6,000 metres. This means that the diversity of habitats is huge, and the park supports a wide variety of flora and fauna at each different altitude range, most notably red pandas. 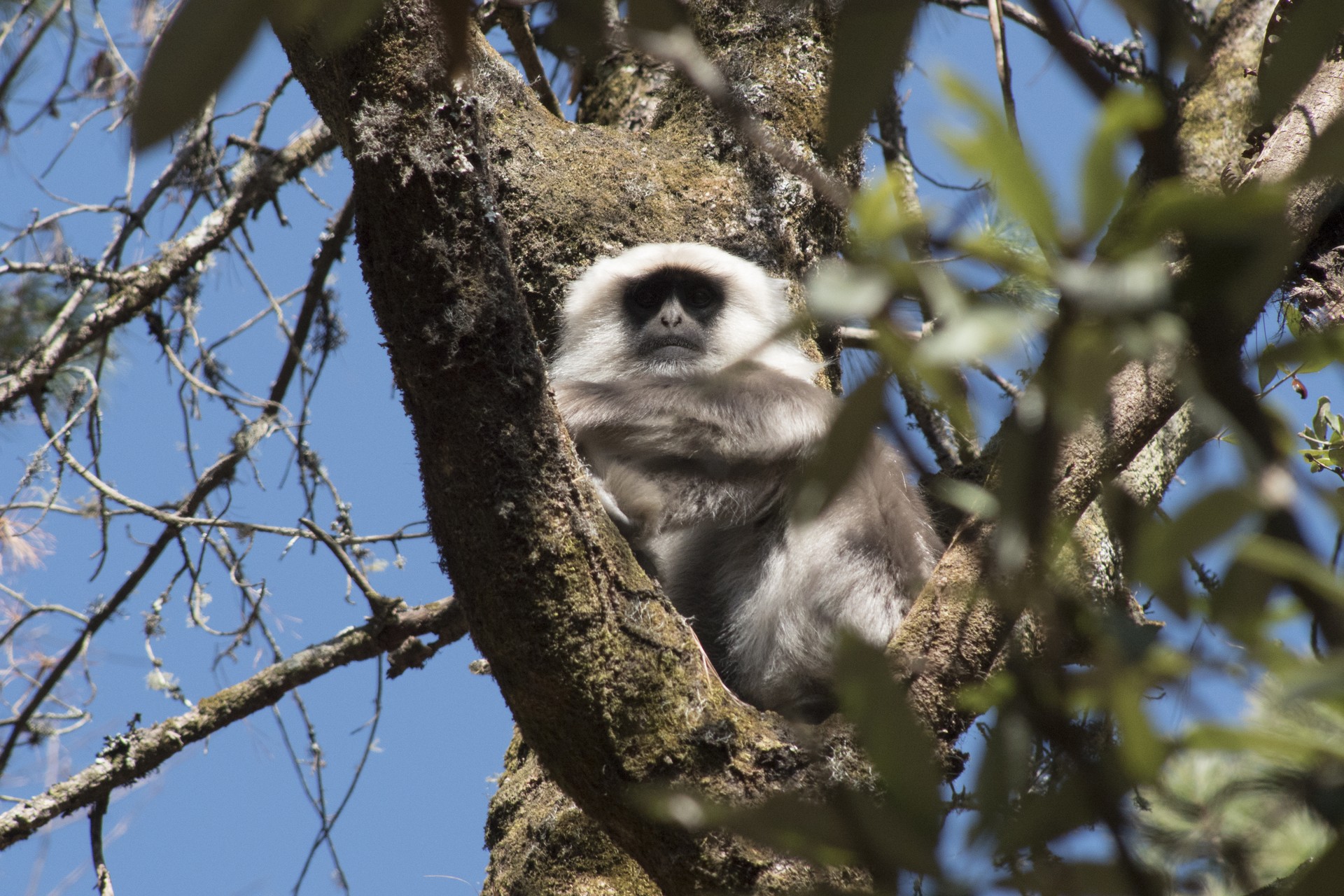 The main attraction of the park is the natural scenery, and its a popular area for trekking with fabulous views of the Langtang range and other sections of the Himalaya. It is particularly beautiful in the spring when the rhododendrons are in flower and the skies are usually blue.

This National Park encompasses Mount Everest, and its name reflects the Nepali name for the world’s highest mountain. It is a popular park for trekking, renowned especially for the multi day hike to Everest base camp, but with numerous other lesser known - and often more beautiful with less footfall - options as well. 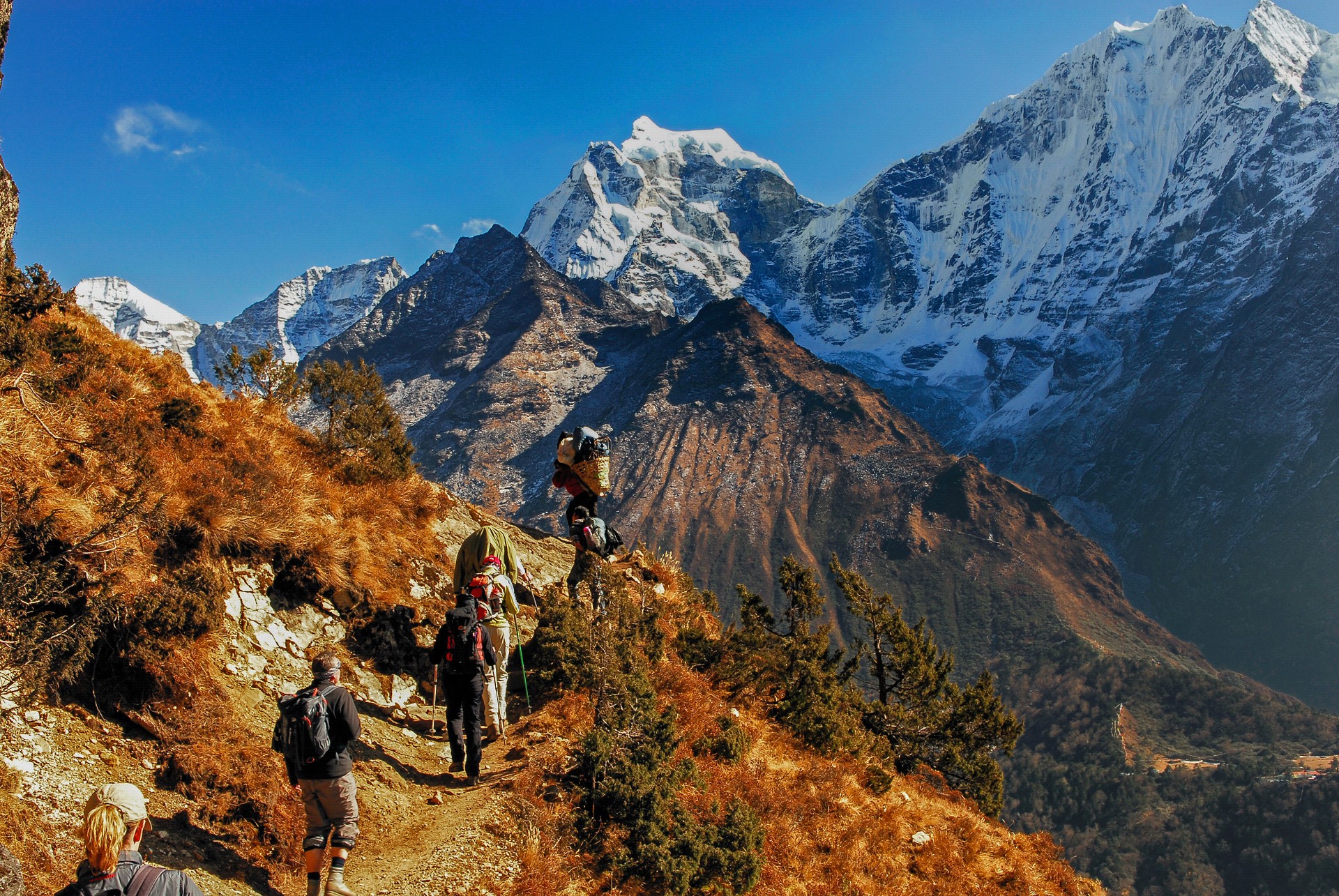 The Sherpa culture so important to Everest expeditions is another interesting feature of the region, and can be experienced in hub towns such as Namche Bazaar, the Sherpa capital, which sits in a bowl of beautiful mountain scenery at 3,450 metres. Saturday is a good day to visit as it’s market day in Namche and you can experience Himalayan culture from both sides of the Tibetan border. 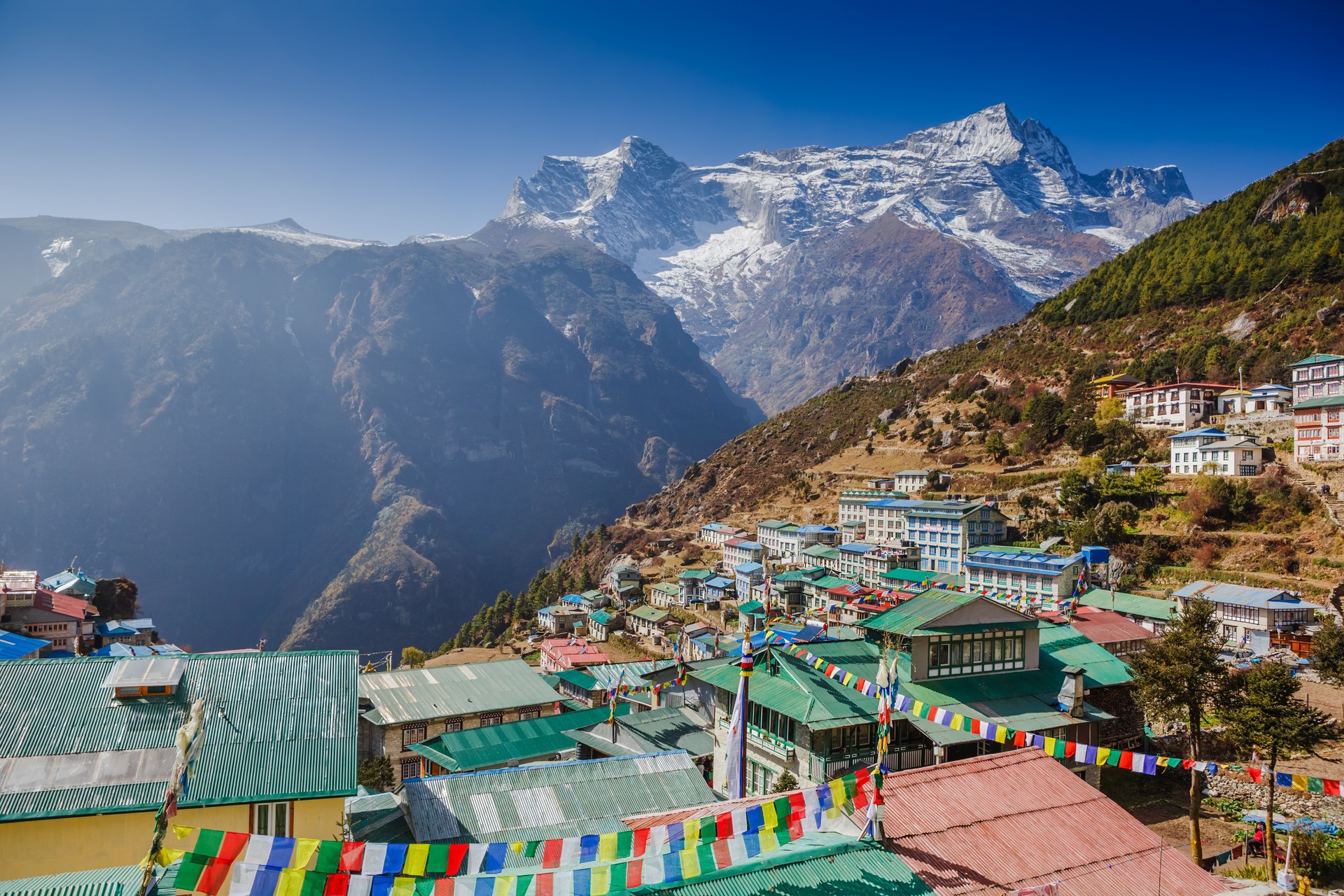 Covering a large section of the Himalayas along the edge of the Tibetan plateau, this is another vast and remote National Park that is notable for its hugely scenic landscapes and off the beaten track trekking routes. Some areas are relatively barren compared to the verdant valleys elsewhere, as this region of Nepal has little rainfall and only 5% of the park’s territory is forested.

The major points of interest in the park include the bright turquoise Phoksundo Lake, the presence of snow leopards, and the many gompas which are often the goal of pilgrimages. Numerous subsistence farming villages are dotted in the park which are among the highest settlements anywhere on Earth, home to several thousand people between them. 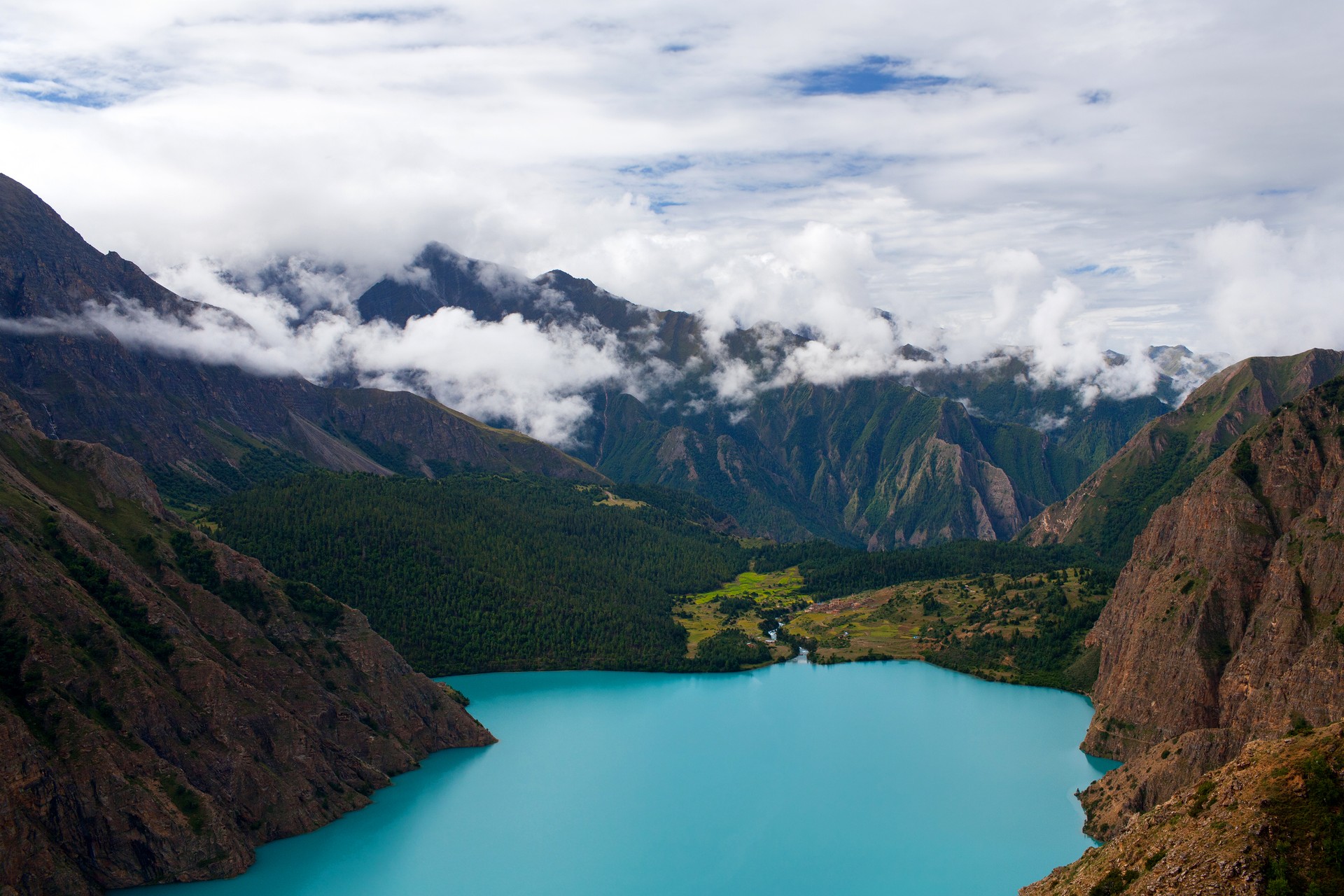 Exploring the National Parks of Nepal is an incredible experience which is all the more rewarding with the expertise of our handpicked local specialists to help you plan and prioritise. Drop them a few details to get the ball rolling, and make your dream Nepal holiday a reality. To speak to someone in the TravelLocal office please call +44 (0) 117 325 7898.