Ecuador’s appeal lies in its diversity. Rainforest cloaked lowlands compete for your attention with pacific beaches, vibrant cities and a wealth of culture. Scattered with volcanoes and alive with wildlife, this is a land where the people (and the temperature) are perennially warm. Petite it may be, but Ecuador is big on adventure.

Here’s the lowdown on what to see while you are exploring Ecuador.

A short hop from Quito, Cotopaxi National Park is a 330 square kilometre protected area of the eastern cordillera, centred on the highest active volcano in the world. Cotopaxi stands at 5,897 metres, a huge and dominant peak with a perfectly symmetrical cone, the summit of which can be tackled in a couple of tough days by those with good fitness and a guide. Guided walks that finish at the ‘base camp’ refuge can also be arranged for a closer look at the volcano without the summit slog. If you don’t have a head for such extreme heights, hiking trails through the paramo moorland could make an appealing alternative. The unique vegetation of the high tundra is adapted to surviving at 3,500 - 4,500 metres, and its the habitat for nearly 100 species of birds.

Around an hour’s drive from Otavalo, the crater lake known as Cuicocha - meaning ‘guinea pig lake’ is named after the larger of two islands, which has a distinctly guinea pig shaped silhouette. It’s a stunning spot where the blue of the sky is reflected in the calm waters of the lake, sitting at 3,060 metres in the shadow of the Cotacachi volcano, a dormant peak reaching to 4,944 metres high.

The lake is 3 kilometres across, surrounded by stunning scenery, the slopes all around softened by lush greenery. A tranquil 10 kilometre trail leads full circle around the Laguna - it’s a rewarding day hike with scorching views across the lake and its islands. The path is easy to follow and on a clear day offers views of the volcanic peaks nearby, as well as the chance to spot hummingbirds and possibly condors on the wing.

When the Trans-Andean railway was under construction, engineers were faced with a big problem: The Devil’s Nose, a steep sided mountain which was right in the path of the proposed route. The solution they came up with was a spectacular zigzag train track which climbs over 500 metres in altitude in less than 12 kilometres of distance. The track is pretty vertiginous, clinging to the edge of what feels like a vertical slope at times, but the views are glorious down into the narrow gorge of the Chanchan river and up to the peaks all around. The track curves around the contours of the mountain giving photographers the perfect opportunity for shots of the train curving ahead. The train begins its round trip at the small town of Alausi, winding its way down to Sibambe where there is a museum to browse around and the local Puruhuas put on a folk dancing show for passengers to fill the short wait for the return trip up to Alausi.

Adventure sports hub and chillout capital of Ecuador, Baños is a great destination for a few days kicking back in the subtropical splendour. The setting is divine, with densely carpeted hills of green dropping into the town, where views of waterfalls and lush plant life lull visitors into a blissful state of calm which is the perfect prelude to upping the adrenaline with some of the activities on offer. 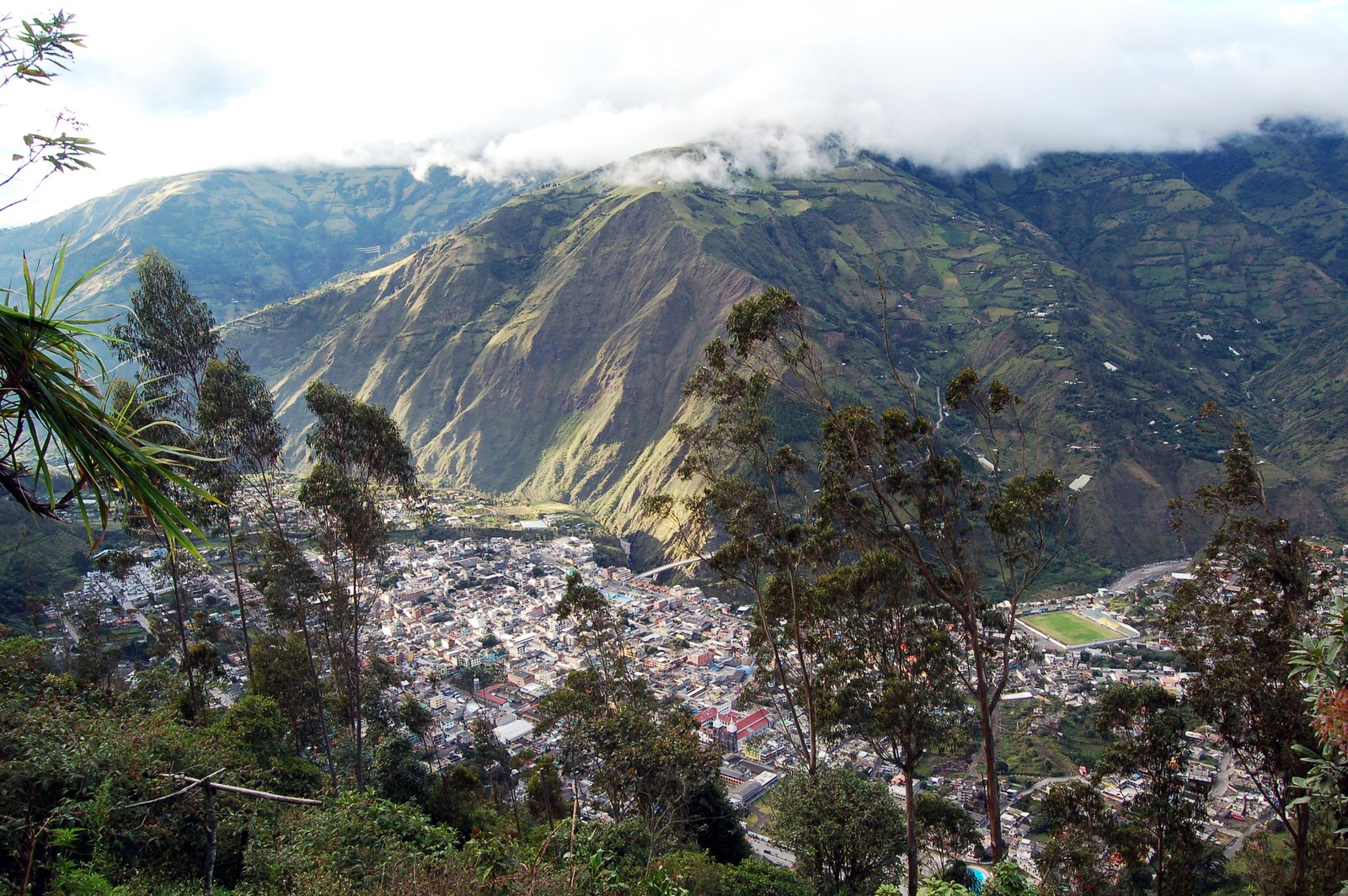 Biking, rafting, riding, canyoning, trekking and many more activities are on offer, plus there’s plentiful hot springs where you can truly relax. The water is mineral rich, hot and soothing, heated by volcanic activity underground. The minerals in the water increase its buoyancy, and together with the heat this makes the springs very soothing for aching limbs or general pain relief. The springs in the town centre cost a couple of dollars but there is a fancier option up in the hills overlooking Baños which will set you back quite a bit more - it’s a worthwhile treat! Enjoy the luxurious experience of soaking in the Luna Runtun outdoor hot tubs at dusk watching the lights coming on in the town below.

Quito and Cuenca are the two major cultural hotspots of Ecuador, and they both merit a visit. Quito is the world’s highest national capital, and sprawls at a height of over 2,800 metres among serrated volcanic peaks in a plateau of the mighty Andes. The city has a pleasing and characterful old town packed full of elegant churches and elaborately decorated civic buildings, contrasting nicely with the shiny modern face of Quito, the new town. You can get up onto the hills around the city for a bird’s eye view of the impressive city skyline. 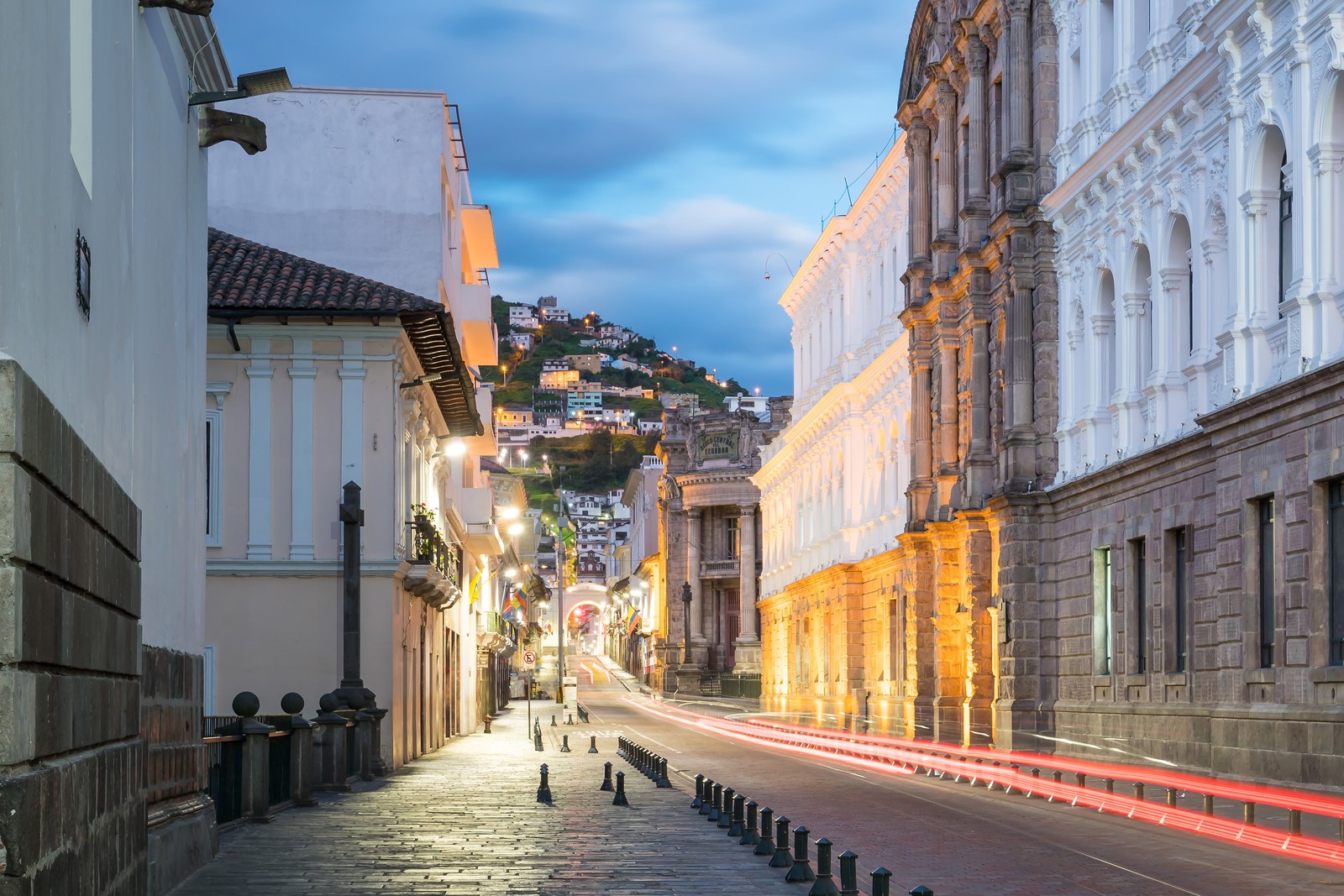 Cuenca is located to the south of Quito, founded by the Spanish in the 1500’s on the site of a previous Inca settlement. It’s a Unesco world heritage site and is arguably the most charming city in Ecuador, known for its cobbled lanes and historic buildings. There are leafy parks and beautiful colonial buildings wherever you look, notably the many dazzling white colonial style churches and monasteries which are dotted liberally through the town. There is a thriving artisan tradition in Cuenca and it’s a good place to browse the pretty streets looking for unique souvenirs. 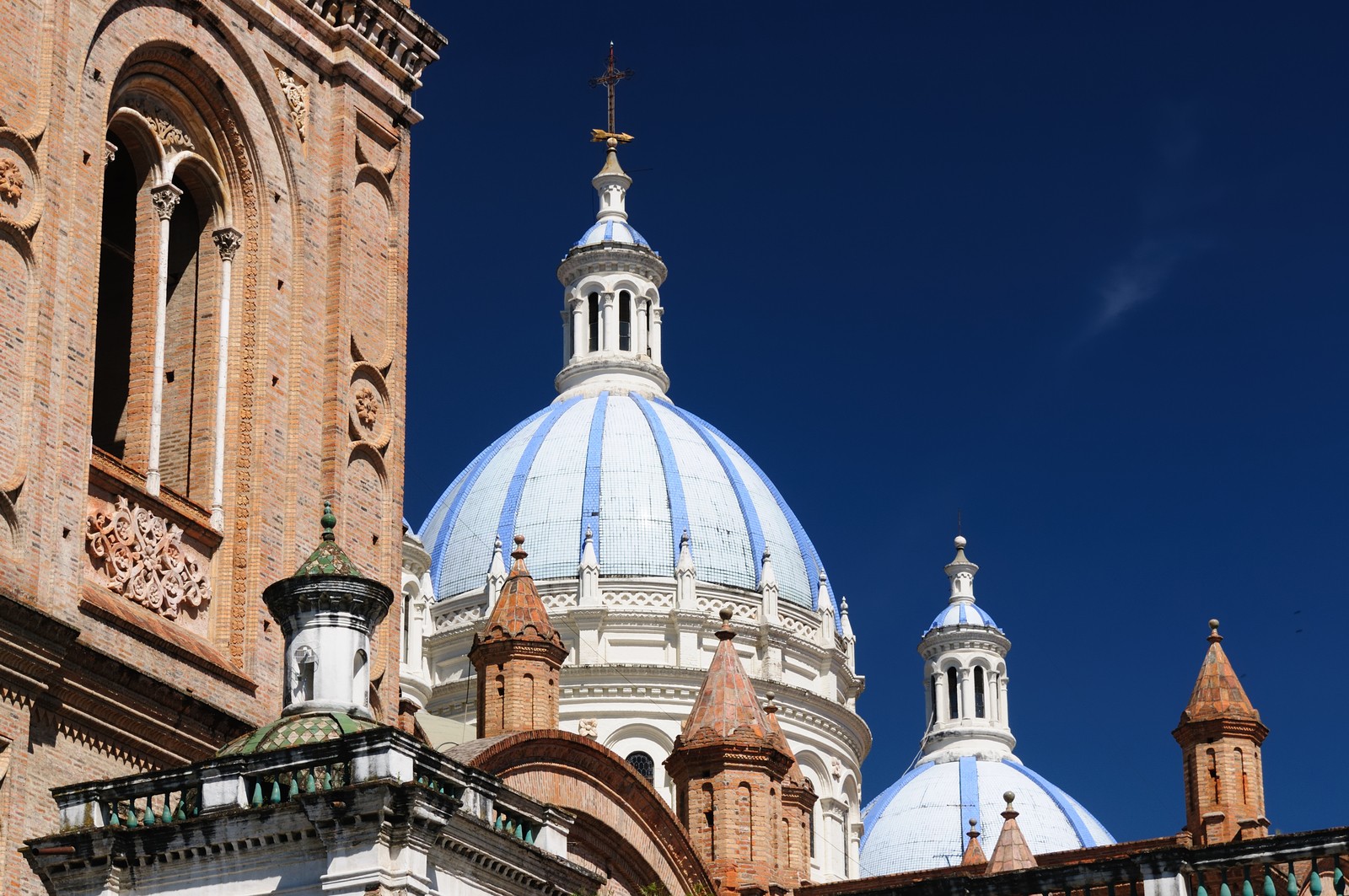 The archipelago of the Galápagos Islands might be 1,000 kilometres offshore from mainland Ecuador, but it is one aspect of the country not to be missed. What makes the islands so unique is the wildlife which has evolved in relative isolation, famously studied by Darwin. The archipelago is geologically very young, and any wildlife that has ended up on its shores has had to adapt to the harsh and unique environment they inhabit. Here’s the key to the excitement of a tour of the Galápagos - you are up close and personal with evolution. 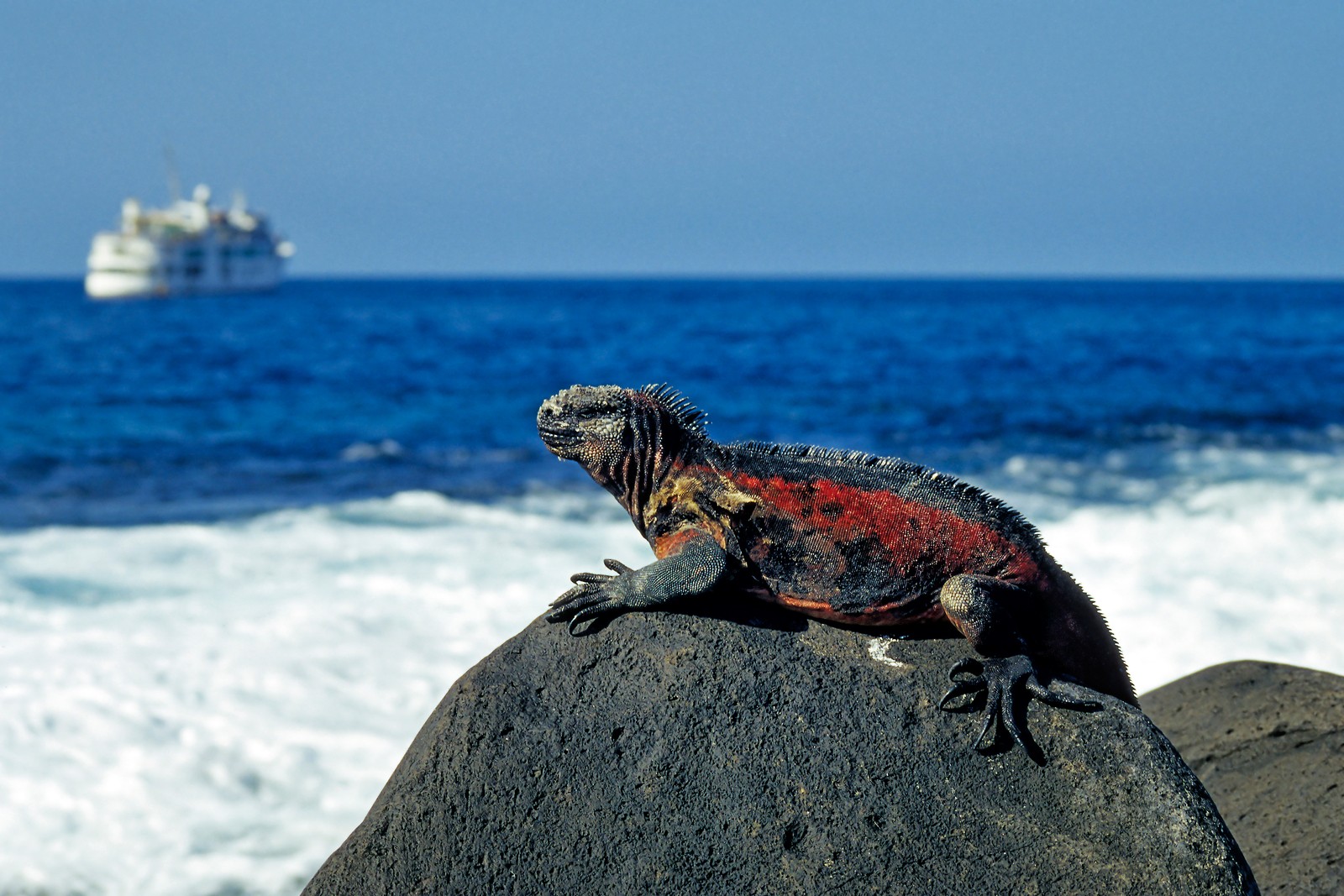 The adaptations in many species are ongoing, so they are evolving from generation to generation to exploit the resources available to them. The primary reason for the diversity of species in the Galápagos is the diversity of ecosystems. There are patches of barren lava strewn desert, chill Pacific waters, rainforest and beaches. There are many thousands of people living across four of the islands, but they are well versed in the importance of maintaining a pristine natural environment so their impact is minimal. Take a cruise to see the best of the archipelago. 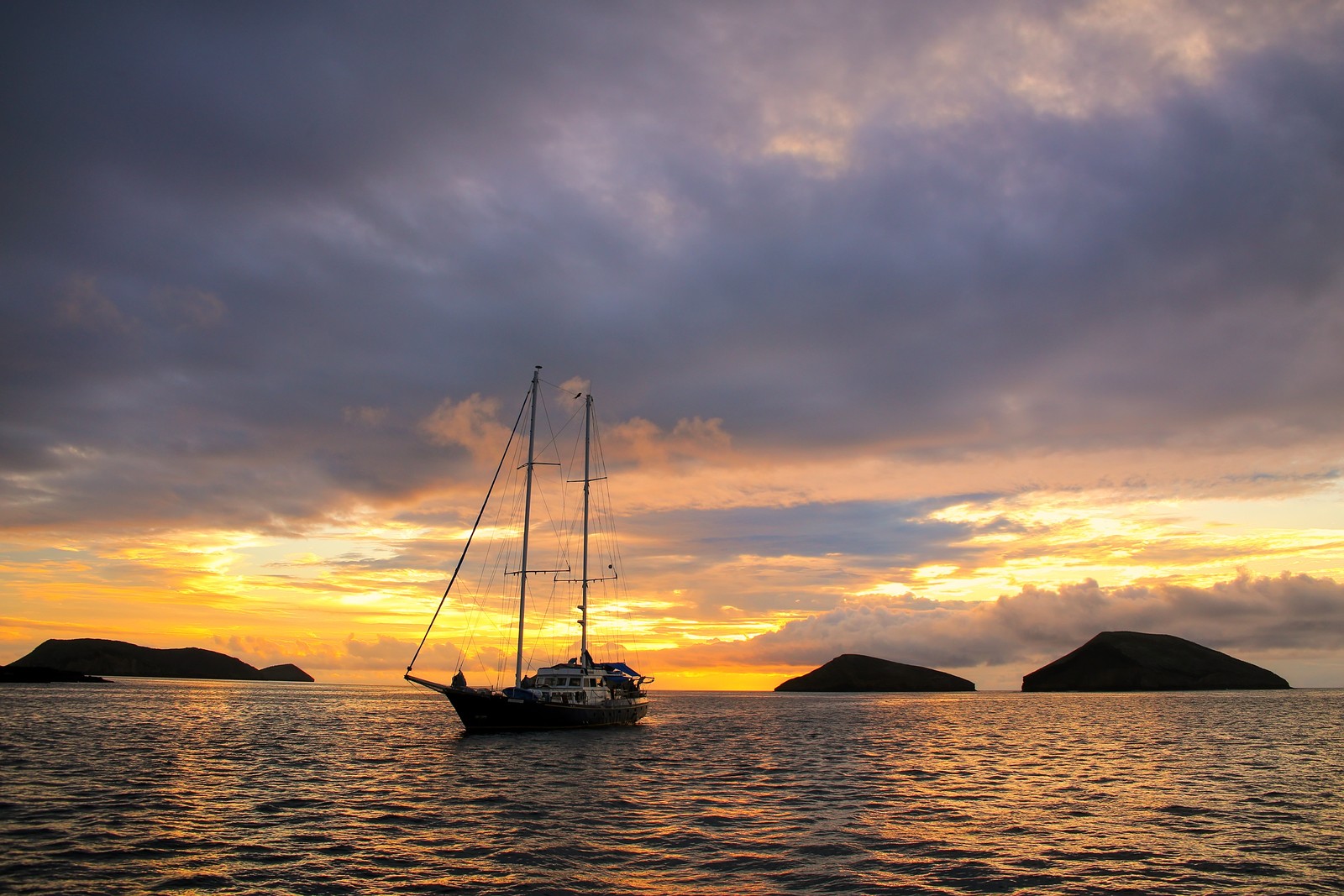 Get the best out of your trip to Ecuador with the inside track from our local experts. Send over a few details and they will get started on creating your bespoke itinerary today. To speak to someone in the TravelLocal office please call +44 (0) 117 325 7898.