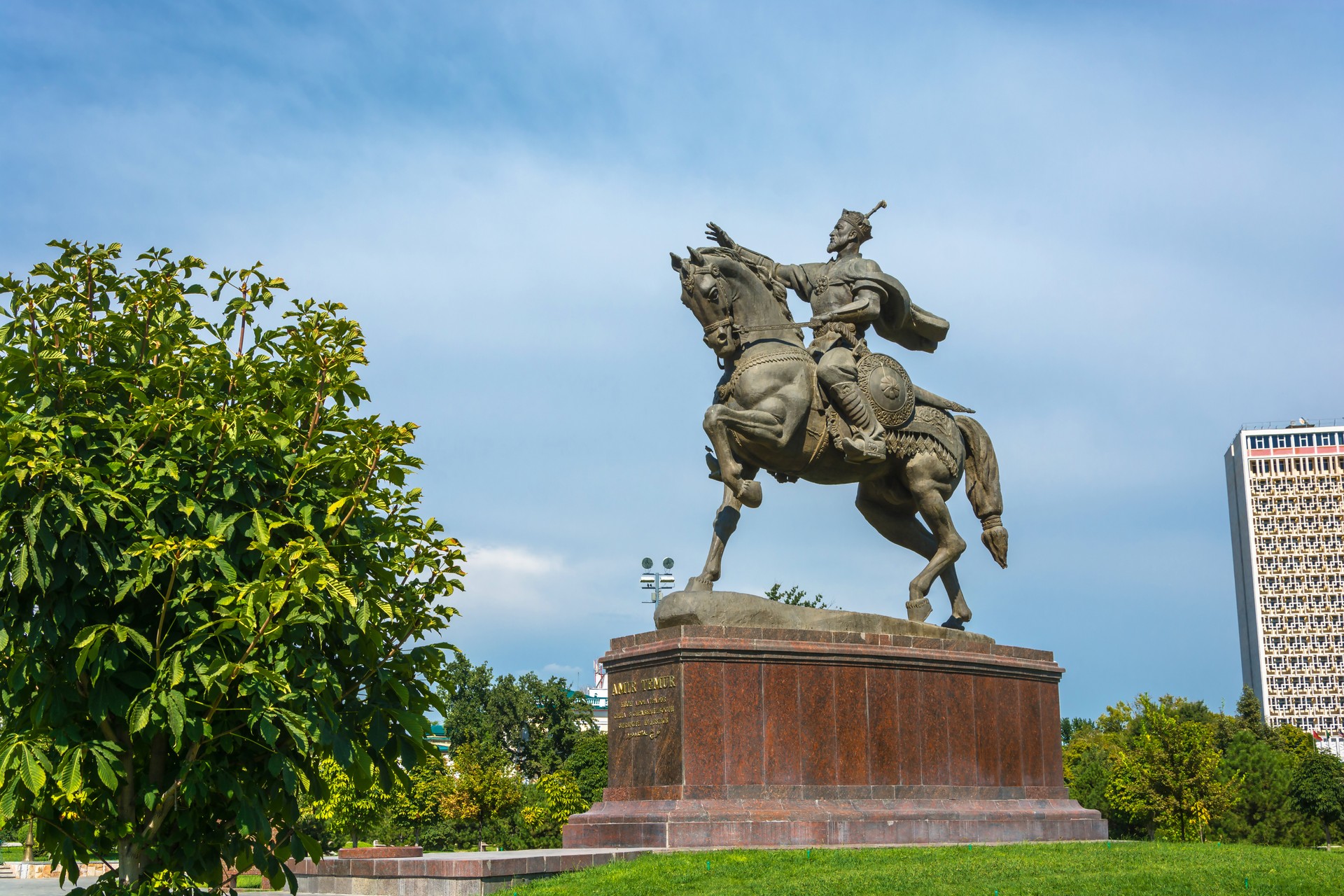 "A wound is nothing, be it ne'er so deep;
Blood is the god of war's rich livery."

Time heals the reputation of many a tyrant. Timur - Tamerlane or "Timur the Lame" to many Europeans - was once the very symbol of tyranny. However he now stands atop a pedestal in downtown Tashkent, Uzbekistan, for passersby to admire, indeed to revere if we so wish.

In Shakhrisabz, a city to the south of Samarkand - and Timur's birthplace - he stands, imperious in front of the remains of the Ak Saray ("White Palace") on which, famously, is the inscription "The Sultan is the Shadow of God". At his feet on a busy weekend, wedding parties arrive throughout the day to capture a photographic memory of their special moment, with Timur himself as backdrop and theme.

Born in 1336 not far from Samarkand, Timur founded his own dynasty, the Timurids, whose architectural legacy is what thousands of visitors come to Uzbekistan every year to see. In a lifetime of bloody conquest he saw the banks of the Volga, the rooftops of Baghdad and the palaces of Delhi. But it seems he was no mere brute, but rather had a pronounced interest in art and architecture. Indeed after invading Damascus he deported the entire artisan community to Samarkand, leaving behind him thousands of massacred Damascenes. Syrians never forgave him.

It is difficult to say exactly why modern Uzbeks revere him. Perhaps at a time of relative decline they hark back to a period when Samarkand was one of the world's greatest cities, indeed you could say it was the centre of the world, bringing together the disparate cultures of the Middle East, Medieval Europe, India and China. As a symbol of strength Timur gives Uzbeks a sense of themselves, however detached their world is from his.

Might there be a time, in the not-too-distant future, when we will see new statues of 20th Century tyrants erected in city squares? It seems likely. Before Timur took up his current position in the heart of Tashkent's capital, another tyrant had pride of place: Stalin.

For more information on visiting Uzbekistan please see our country page. All trips created by our local travel companies are entirely bespoke and unique to you. Tweak and change them to match your precise preferences with our local expert. To speak with someone in the TravelLocal office, please call +44 (0) 117 325 7898.

Comments on Tamerlane - Hero? Or Tyrant?