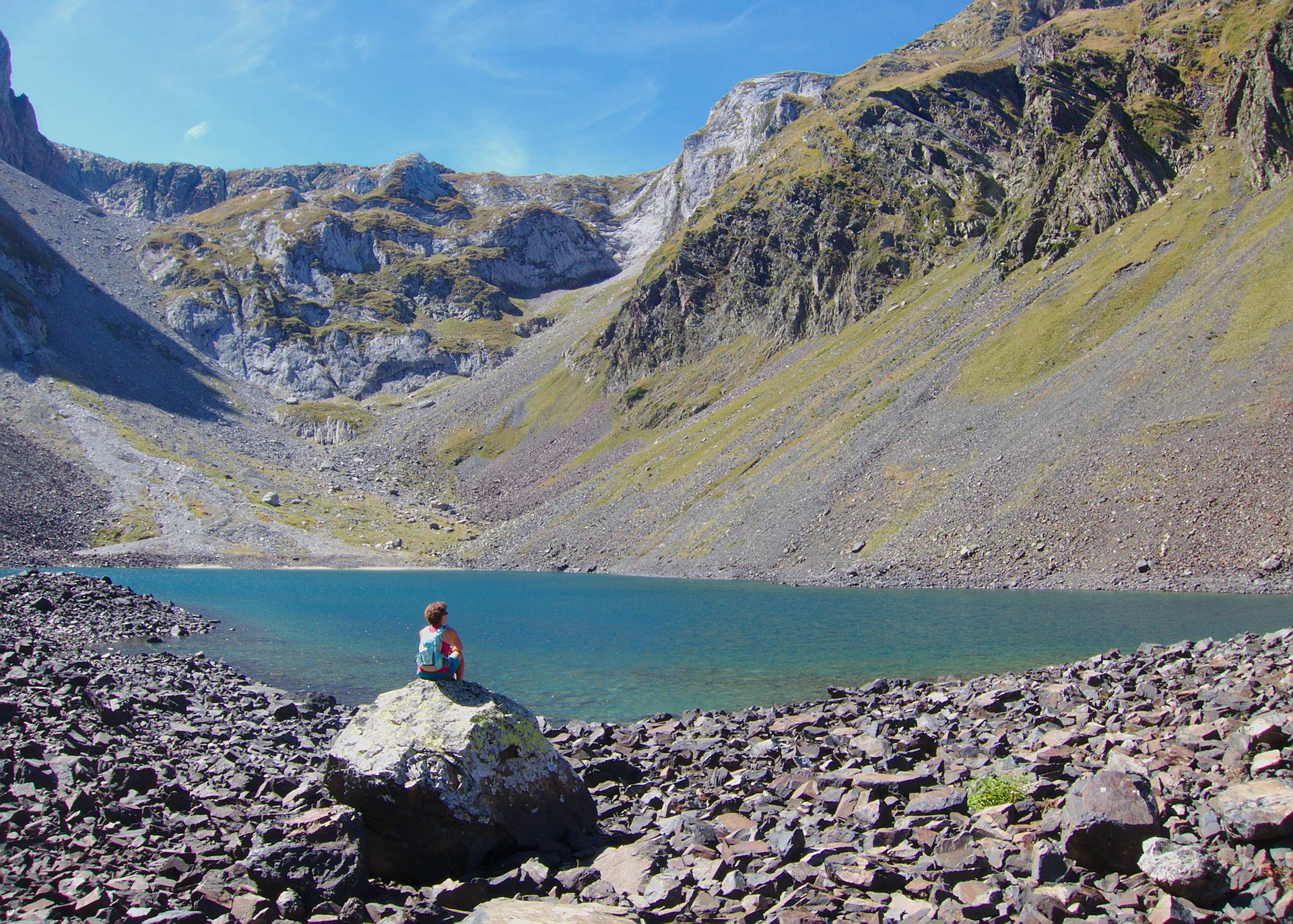 <Home/Articles/Interview with our local partner in France 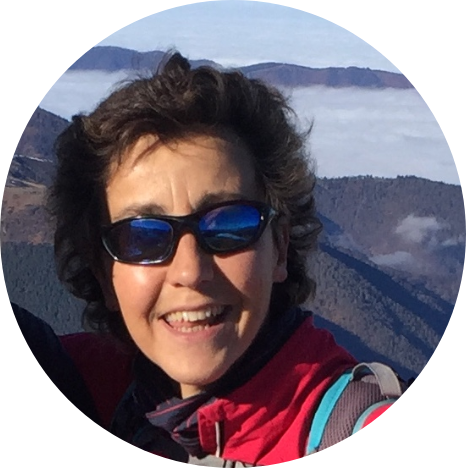 From picture postcard mountain backdrops to cultural traditions, and a whole lot of gastronomic delights in between, we caught up with Penny, one of our local partners in France to discover just what makes the Pyrenees so special (and why you won’t find knowledge like hers in the guidebooks).

The Pyrenees mountains are one of those blissful under-the-radar parts of the world where time feels like it has stood still. Life is slow-paced and easy going and there’s a real sense of community spirit in the little mountain hamlets and villages.

The locals are friendly and welcoming and the food is amazing with numerous little local producers who are unfailingly passionate about what they do. Add to that the rugged, unspoiled mountain environment and it’s simply a part of the world you could never take for granted.

It sounds amazing, do you have a favourite place in the region?

I am at my happiest and most content when I’m up in the high mountains. I spend a lot of time hiking in the summer and snowshoeing in the winter and I have so so many ‘favourite places’, it’s impossible to choose just one!

The mountain environment is one in which I can completely unwind, switch off and just absorb the peace and quiet. I’m a strong believer in the practice of mindfulness and always try to make sure I take the time to absorb the details of this exceptional environment when I’m out and about.

Time in the mountains has endless benefits not only for the body but for the soul too. 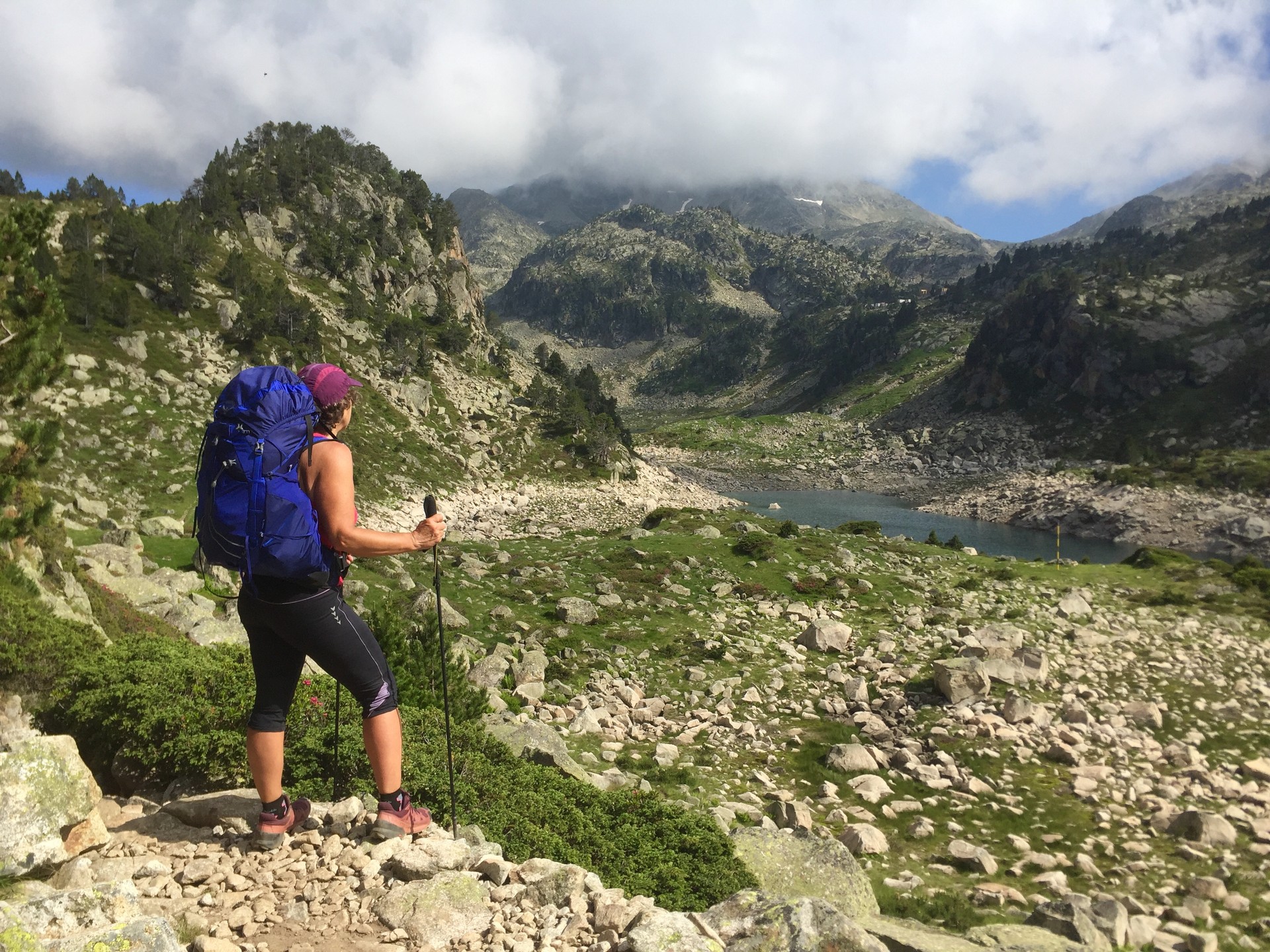 Recharge those depleted batteries with our Wellbeing & Adventures in the Pyrenees trip idea.

Are there highlights people should have at the top of their Pyrenees bucket list?

They should definitely spend a day deep in bear territory with an expert local guide to learn about the brown bears in the Pyrenees and what measures are being taken to ensure a peaceful co-existence with local communities. The bears are a fascinating and controversial topic in the area!

Some foodie experiences should figure on every visitor’s itinerary. I’d highly recommend visiting one of the excellent cheese producers, the master chocolate maker and one of the facilities where you can see traditional ‘gâteau à la broche’ or 'tree cake’ being made.

But top of the list should be a visit to the best market in the area in the medieval town of Arreau. I accompany guests who’d like to meet local producers and learn about their products as well as enjoy some delicious tastings. It’s an experience which really does enable you to get to the heart of life in the Pyrenees.

Could you pick three words that most represent the Pyrenees?

1. Authentic
The Pyrenees are dotted with little hamlets where farmers still raise sheep, cattle and goats, just as they have done since forever. Mechanisation may have taken the place of oxen and heavy horses, but the local way of life still has its feet firmly grounded in the traditional ways. For example, almost everybody in the area gardens or farms according to the phases of the moon!

2. Rugged
The Pyrenees mountains have largely escaped man’s influence which is why we see such diverse and unusual wildlife here. Animals such as the brown bears, the bearded vulture (the rarest vulture in Europe) and the ibex are very much at home on the rugged, often heavily wooded mountainsides.

3. Diverse
One can never be bored in the Pyrenees! Of course we have endless possibilities for year round hard and soft adventures but we also have great options for some serious chilling out in the thermal spas and mountain lakes. Then you have fascinating historical sites such as thought-provoking Prehistoric caves and beautiful Romanesque churches, not to mention the rich and varied gastronomy throughout the chain.

The Pyrenees are a melting pot of fascinating culture in which pastoral and farming traditions play an important role.

Pyrenees mountain life and culture is celebrated every year through events such as the Transhumance and country fairs such as the ‘Fête de la Tradition’ in the Louron Valley and ‘Autrefois le Couserans’ in Saint Girons in the Ariège Pyrénées.

Traditional crafts such as clog making and wool spinning, displays of old farming machinery, traditional song and dance, are all showcased in order to raise awareness of a way of mountain life (which is at risk of disappearing). 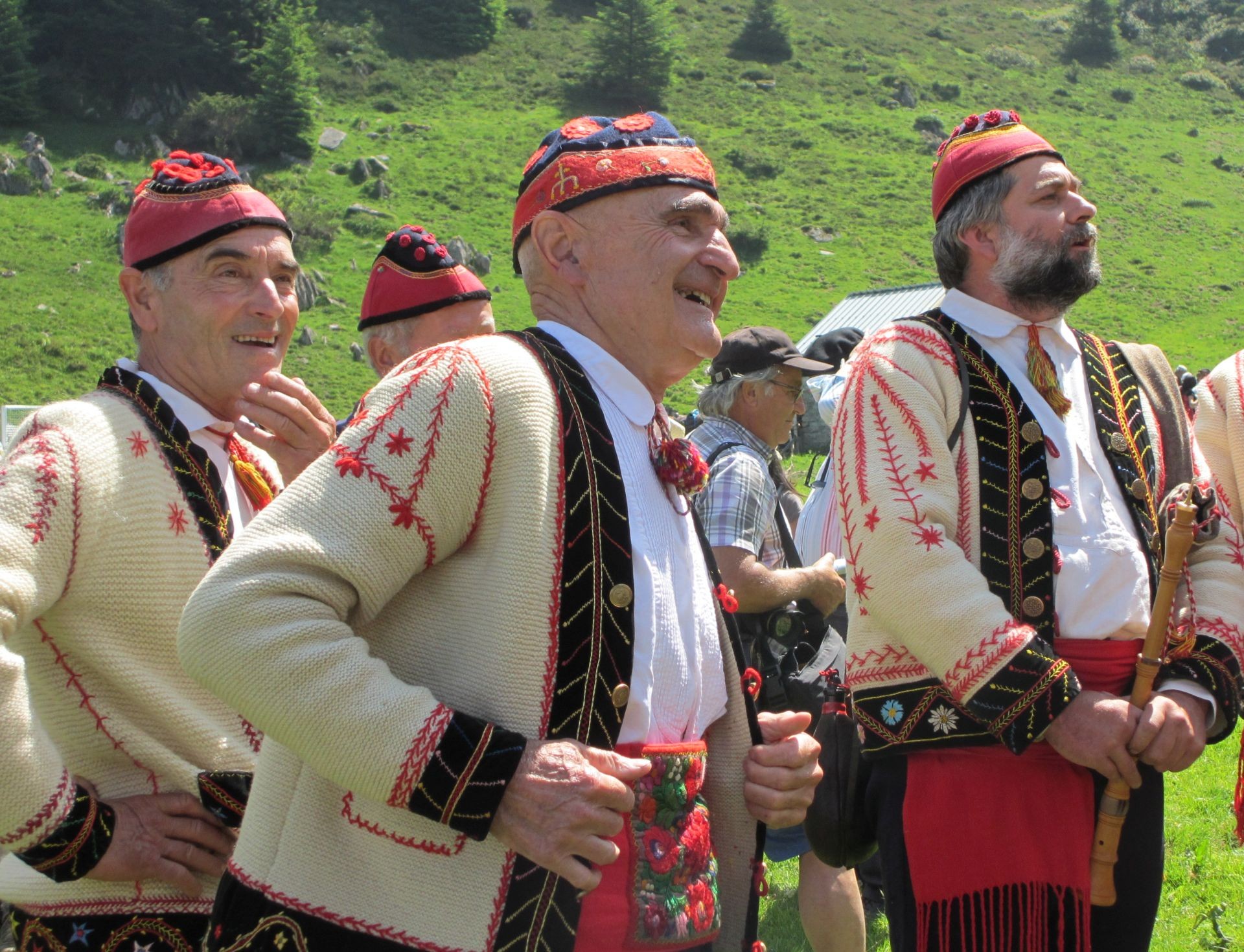 What should visitors go in search of when they're hungry?

There are so many gastronomic delights to choose from! My favourites include the local sheep’s cheese, the cured ham (jambon de pays) that’s produced from the native Pyrenean Noir de Bigorre black pigs, and the handmade craft chocolates which are created by a local master chocolate maker in the area.

I’ve actually got a loyalty card with our local sheep farm/cheese producer which shows just how much cheese I go through!

I love accompanying guests on visits to the various cheese producers here. In the winter and spring they can watch the animals being milked and learn about the interesting world of cheese.

Did you know, a sheep’s cheese has a different flavour depending on the time of year the milk is collected and what the animals have been eating? It’s fascinating stuff! 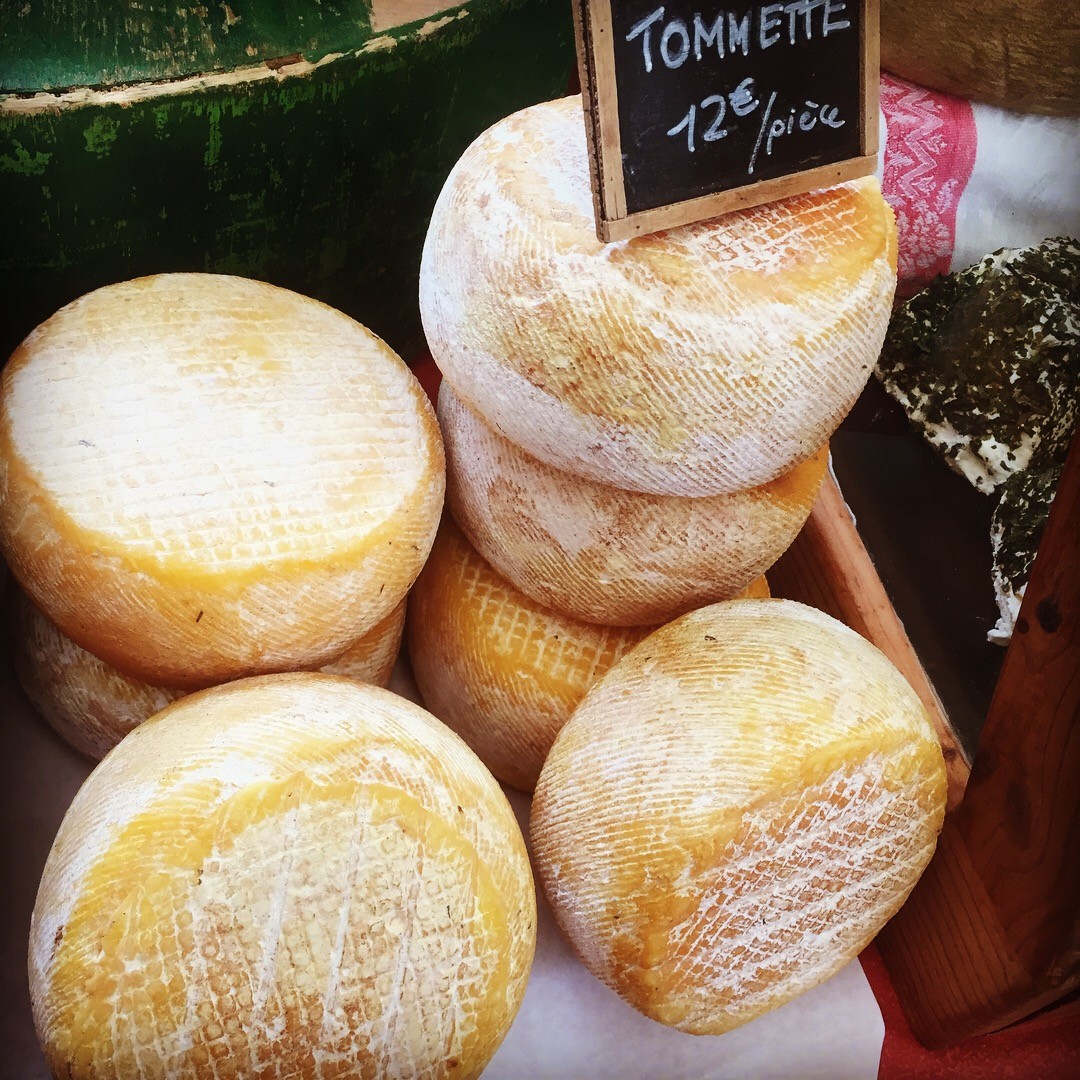 Having lived there for a long time, you must know some cool facts about the Pyrenees that most people wouldn’t. What are your top 3?

1) Over 60 brown brown bears roam the mountains of the Pyrenees.
We used to have a native breed of brown bear here and, in 1996, a reintroduction programme aimed at bolstering the waning population was put in place.

Unfortunately, the last pure bred Pyrenean brown bear was shot by a hunter in 2006. However, the bears that have been reintroduced from Slovenia over the years are breeding well and numbers are growing. 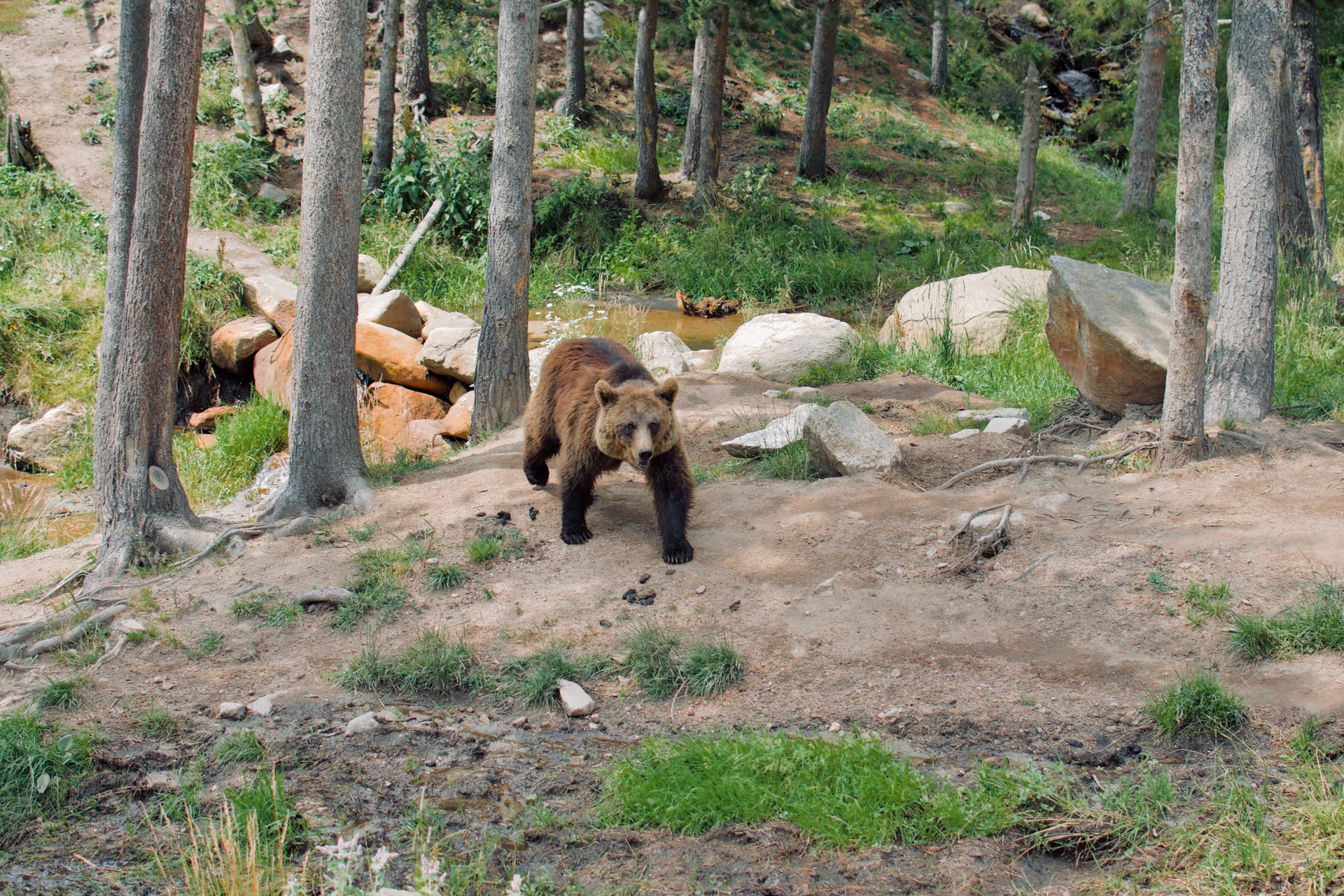 2) The only natural hammam in Europe can be found in our area of the central French Pyrenees.
The Vaporarium in Luchon consists of a series of underground galleries which are geothermally heated producing 100% humidity and temps of 40+ degrees C! It’s quite an experience!

3) If you visit our area of the central French Pyrenees, you may notice that street signs in some villages and hamlets are often in two languages.
One is French and the other is the old Romance language, Occitan or the ‘langue d’Oc’ as it is known, which is still spoken by many older people here.

What would be your top tips for first timers?

To get off the beaten path and discover areas and experiences that are under most people’s radar, I’d highly recommend you tap into local knowledge.

The best way to discover the wildlife is to hike with a local guide and explore off the well marked footpaths in areas where you’re unlikely to see another soul. You’ll also learn about the diverse flora of this mountainous area and discover endemic species that are found nowhere else. 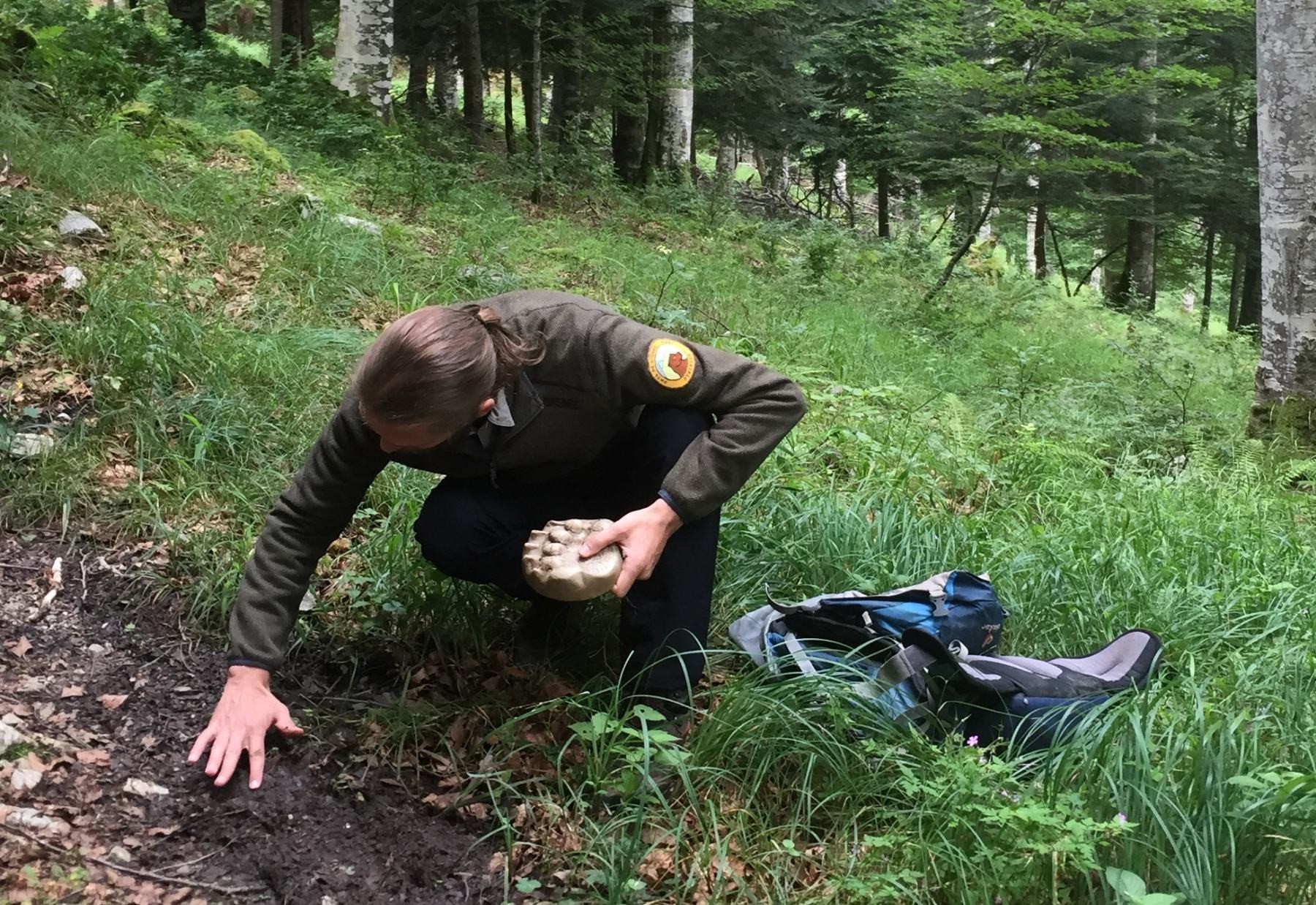 Get to know the region (perhaps bumping into a bear or two!) on our Pyrenees hiking and wildlife adventures trip idea.

English is not as widely spoken in the Pyrenees as it is in the Alps, so take advantage of a bi-lingual local who will enable you to enjoy deeper, more enriching encounters with local craft artisans and producers.

Avoid August if possible. June/July or September/October are perfect times for visiting the Pyrenees. Opt for a stay in a traditional B&B rather than in a hotel for an altogether more enriching and interesting experience.

What is the story behind your company?

I’ve been an entrepreneur in the travel sector for over 20 years, specialising in France, generally. But having discovered the Pyrenees, I knew this was a destination that the world needed to know more about.

My business is a way for me to share my passion for France, mountains, adventure and food with like minded travellers who want to experience aspects of local life that they won’t read about in the guidebooks.

It sounds as though you haven’t been short of memorable experiences, but are there any in particular that stand out?

One of my most memorable experiences was when I took part in the inaugural bear tracking experience with our local bear expert a few years ago. He took us deep into bear territory to look for signs of their presence and to learn about the reintroduction programme and life of this enigmatic animal in the Pyrenees.

The card that he took out of one of the motion detection cameras showed a bear rubbing against the tree right where we were standing, just 24h earlier! It was a huge thrill!

My favourite experience was undoubtedly accompanying the herds of native Merens horses on their annual Transhumance back up to the high mountain pastures a few years ago.

The Transhumance is the big event on the pastoral calendar, especially in the Ariège Pyrénées. Horse enthusiasts have the opportunity to ride a Merens horse on the guided four-day trek whilst many other people opt to hike the final stage to the mountain pastures.

There, a party atmosphere awaits with entertainment provided by the traditional Bethmalais singers, dancers and musicians and a meal featuring local produce. It’s a truly unforgettable experience! 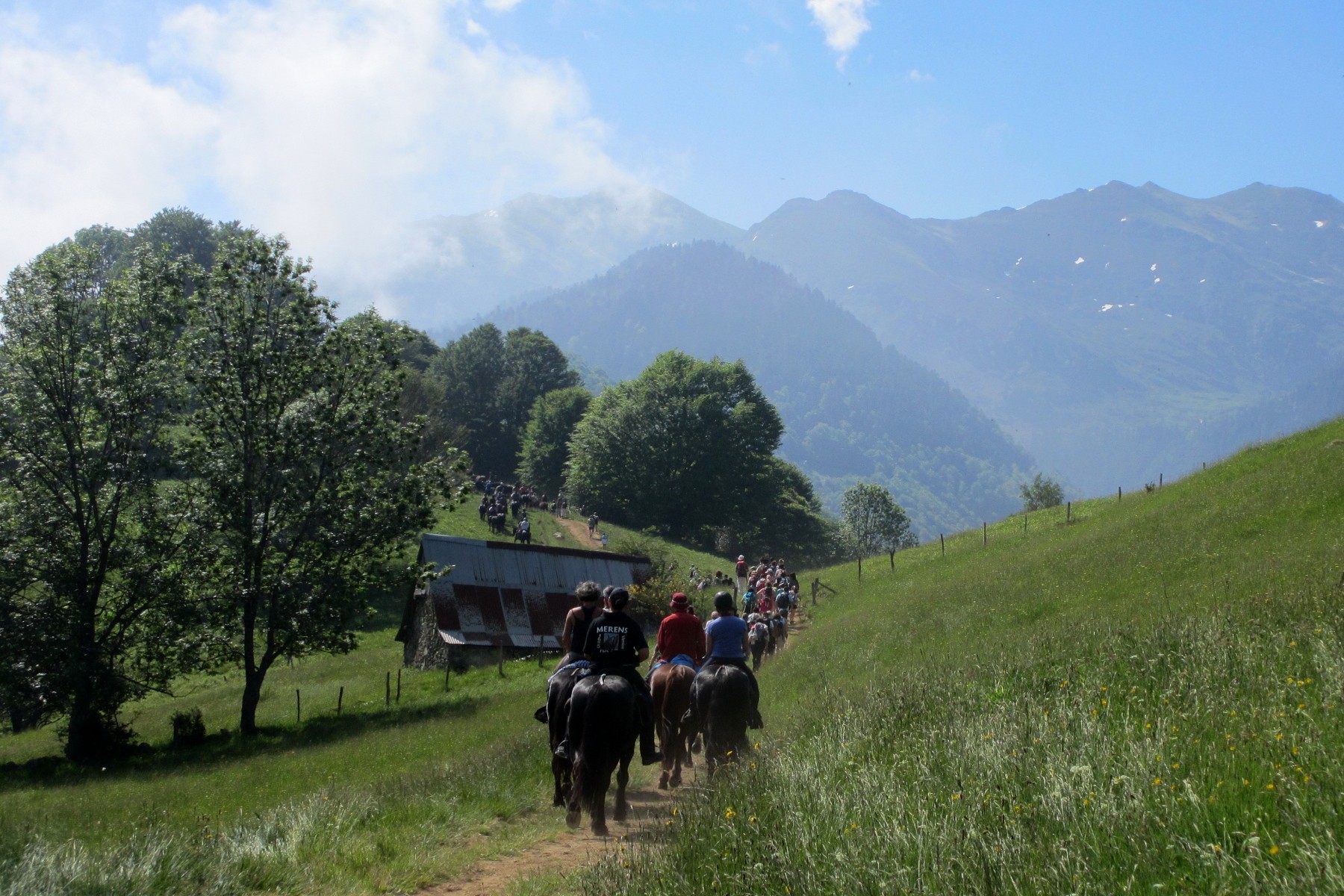 I’m constantly seeking out extraordinary, authentic new experiences in the Pyrenees and am expanding our area of activity further along the French side of the chain.

Culture, traditions and gastronomy change from area to area, providing a whole variety of new and interesting local experiences which I’m excited to bring to our guests.

Whether you're interested in French gastronomy, wildlife watching or taking a family adventure, Penny and her team are ready to help plan your tailored trip to the Pyrenees. 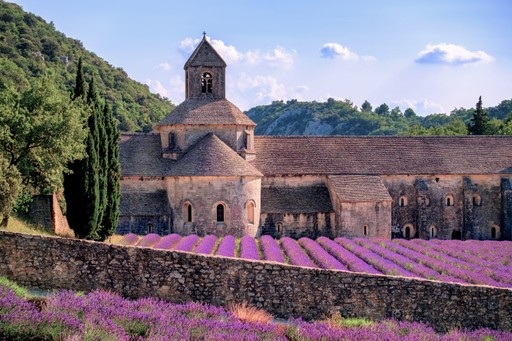 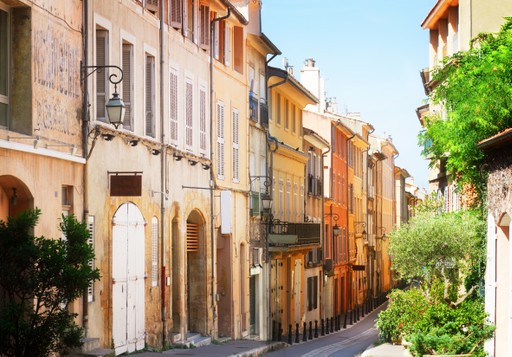 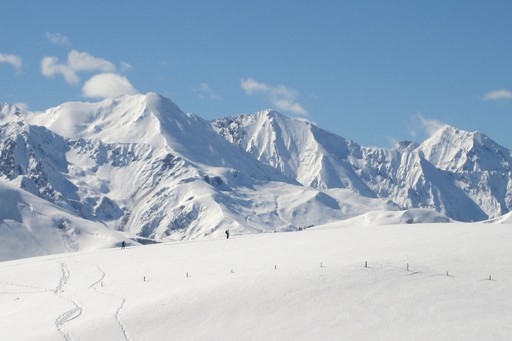 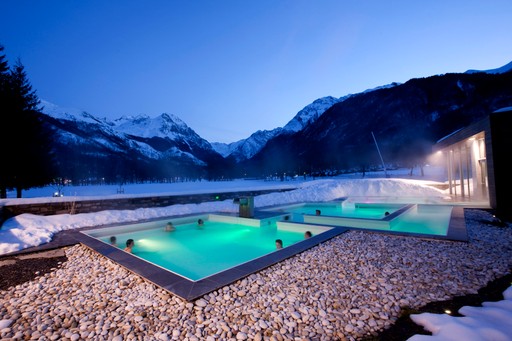 Wellbeing and adventures in the Pyrenees