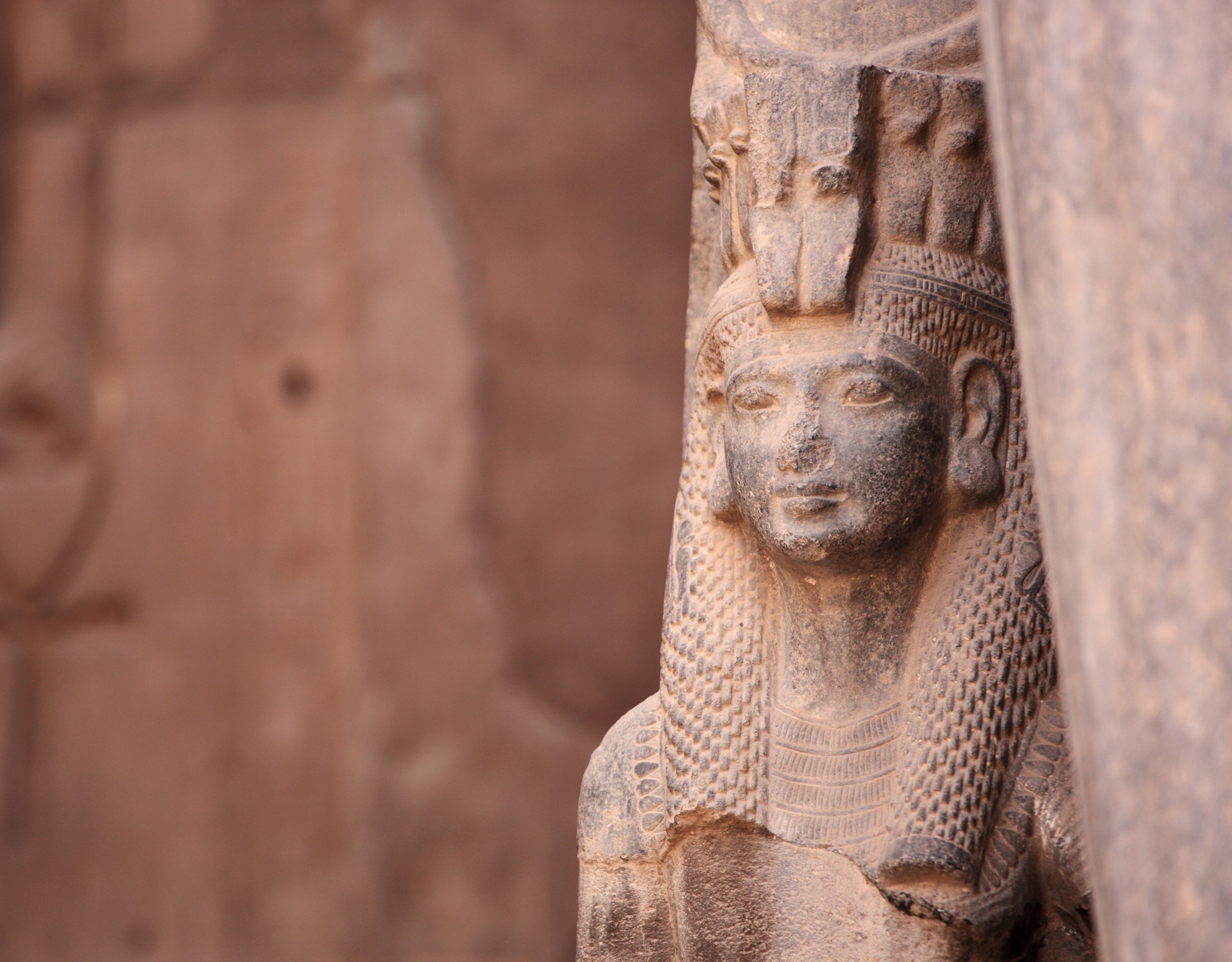 <Home/Articles/Celebrated women of the world

The world is a treasure trove of legend and history, though as wars rage on, cultures change and standards of documentation alter, the stories of so many become mistold or lost. In honour of International Women’s Day 2019, we want to shine a light on a handful of influential women from around the world, taken from ancient to modern history - many of whom you may never have heard of. These women fought against the traditions and gender biases of their time to become legendary figures in their own right, even if their stories only re-emerged centuries later. 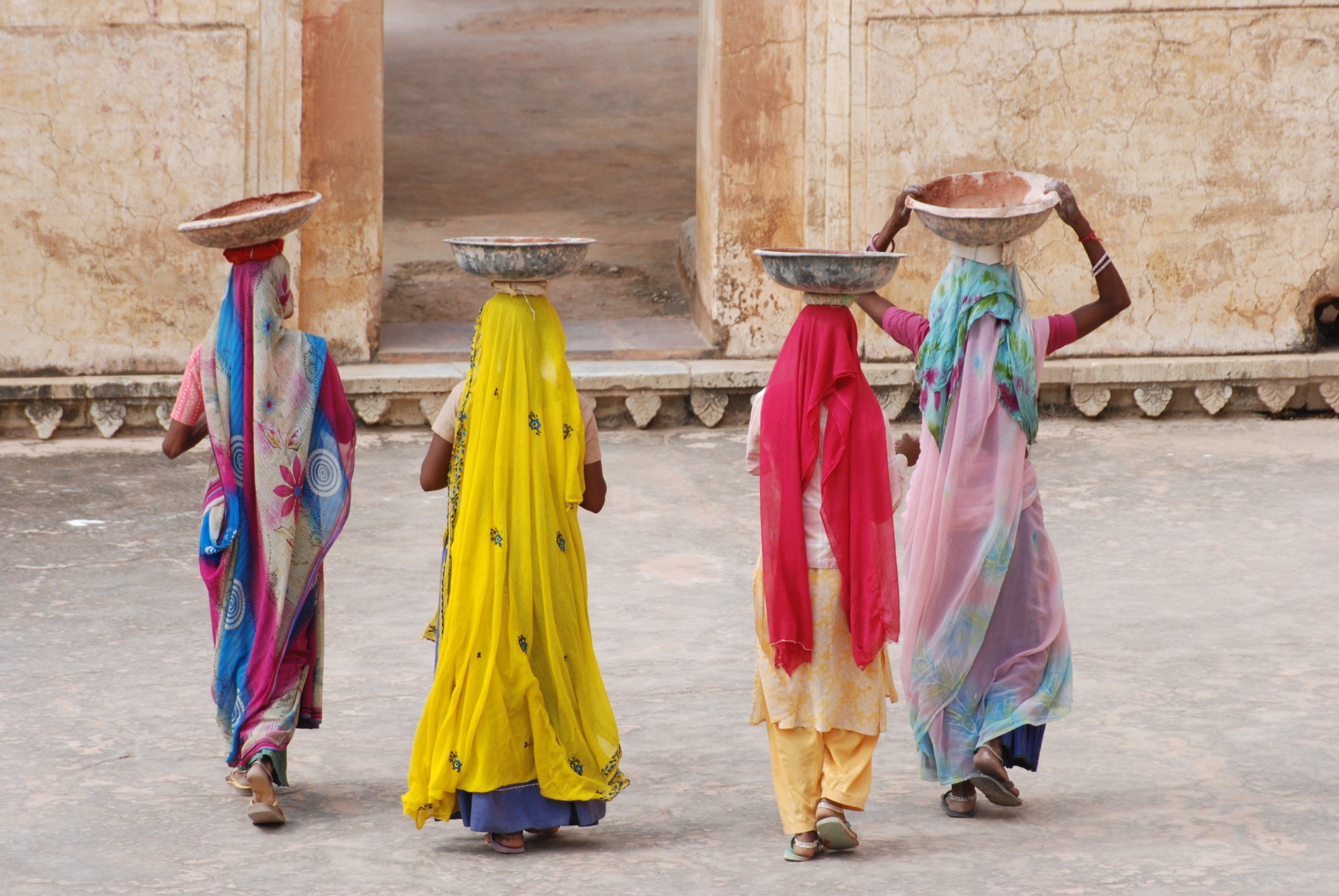 Regarded the country’s first ever monarch, Queen Himiko is a figure widely celebrated in Japan despite being shrouded in mystery. Ancient Chinese texts dating back to 300 A.D. describe Himiko (also called Pimiko) as the chosen female leader of the Yamataikoku kingdom - an amalgamation of clans which eventually became the first known unified version of Japan. The texts depict her as a warrior-like shaman or priestess who kept peace and diplomacy among her kingdom using god-given magical powers. Even more mysteriously, she was seldom seen, being attended by one thousand female servants and ‘just one man’. Though mostly certain of her existence, historians have little to go on; Japan embraced a deeply patriarchal culture in later centuries and her reign was essentially rejected from the history books. A tomb discovered in 2009 is deemed most likely to house her remains and enlighten the world further, but excavation has been prohibited by the Imperial Household Agency. Despite, or perhaps of because of her elusive and mythical persona, Queen Himiko is very present in Japanese popular culture. She is lauded as a mascot by many townships who like to claim she lived on their soil, and appears as a cult figure in comics, video games, movies and anime. 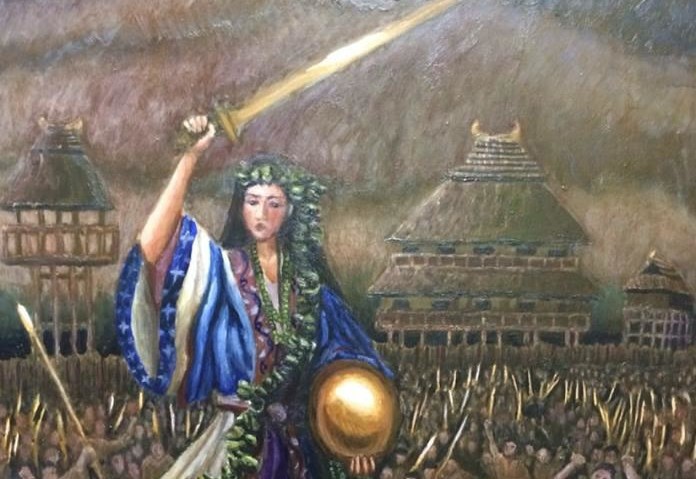 Madagascar has seen a good number of notable queens throughout its chequered history; the very last of its monarchs, Ranavalona III, was exiled in 1897 when French colonial powers abolished the royal family. However, her ancestor Queen Ranavalona I (1828-61) is arguably remembered as Madagascar’s most hardfisted and controversial ruler. At her coronation she made her intentions clear, with the words: ‘Never say, ‘she is only a feeble and ignorant woman, how can she rule such a vast empire?’ I will rule here, to the good fortune of my people and the glory of my name!’ Her first move was to ‘eliminate’ every person deemed a threat to the throne - and this style continued throughout her reign. Her strict policies, designed to strengthen Madagascar against colonial influence, included a blanket ban on Christianity, promotion of isolationism and forced, unpaid labour as tax. Unsurprisingly this was seen as dictatorial approach, and much of Western historical documentation paints her as a petty tyrant or even insane. During her 33 year reign, death increased substantially among soldiers and civilians, as did disease and warfare. 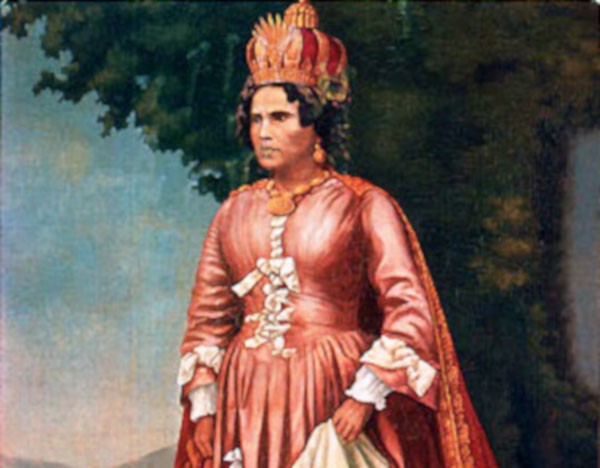 Nowadays, she isn’t remembered much among the many other dictatorial leaders who shared her vision and ruthlessness. To much of Madagascar today she is even cause for divided opinion. Though she clearly ruled with an iron fist, some see her as an astute and firm politician who would go to any lengths to protect Malagasy culture. At any rate, she is memorable. The tombs of Madagascar’s former queens can be visited on the royal settlement of Ambohimanga in the capital, Antananarivo.

Overcoming all odds regarding her slave ancestry and of course, her gender, Razia Sultan was the first and only female Sultan of India; running the court of Delhi from 1236 to 1240. Razia’s father was Sultan Shams-us-din Iltutmish, a former slave of Qutb-ud-din, who had shown enough competency and gall to take over the kingdom. As Sultan, he had ensured that his only daughter was trained in martial arts, archery and administration, and for these skills he chose her as heir of the Sultanate over her brothers. The infuriated Muslim nobility would not accept her as leader and installed her incompetent brother, Rakn ud din Firuz as Sultan instead. He was a terrible ruler; lazy and hedonistic, and the people of India revolted in insistence Razia get her kingdom back.

On rightfully taking the throne once more, Razia chose to drop her veil and cut her hair short, and throughout her reign rode her horse armed, as a powerful Muslim man would. She had coins minted in her image adorned with the phrase, ‘Pillar of Women. Queen of the Eras.’ Though she was a respected and effective ruler, opposition to a female Sultan rumbled on, and worsened when she fell in love with an Ethiopian slave. She was killed during a rebel battle in 1240. Today Razia is remembered as a first and only; there is even an Indian drama series based on her tale. Three supposed burial sites are in Old Delhi, Kaithal and Tonk - however none of these are confirmed or inscribed. 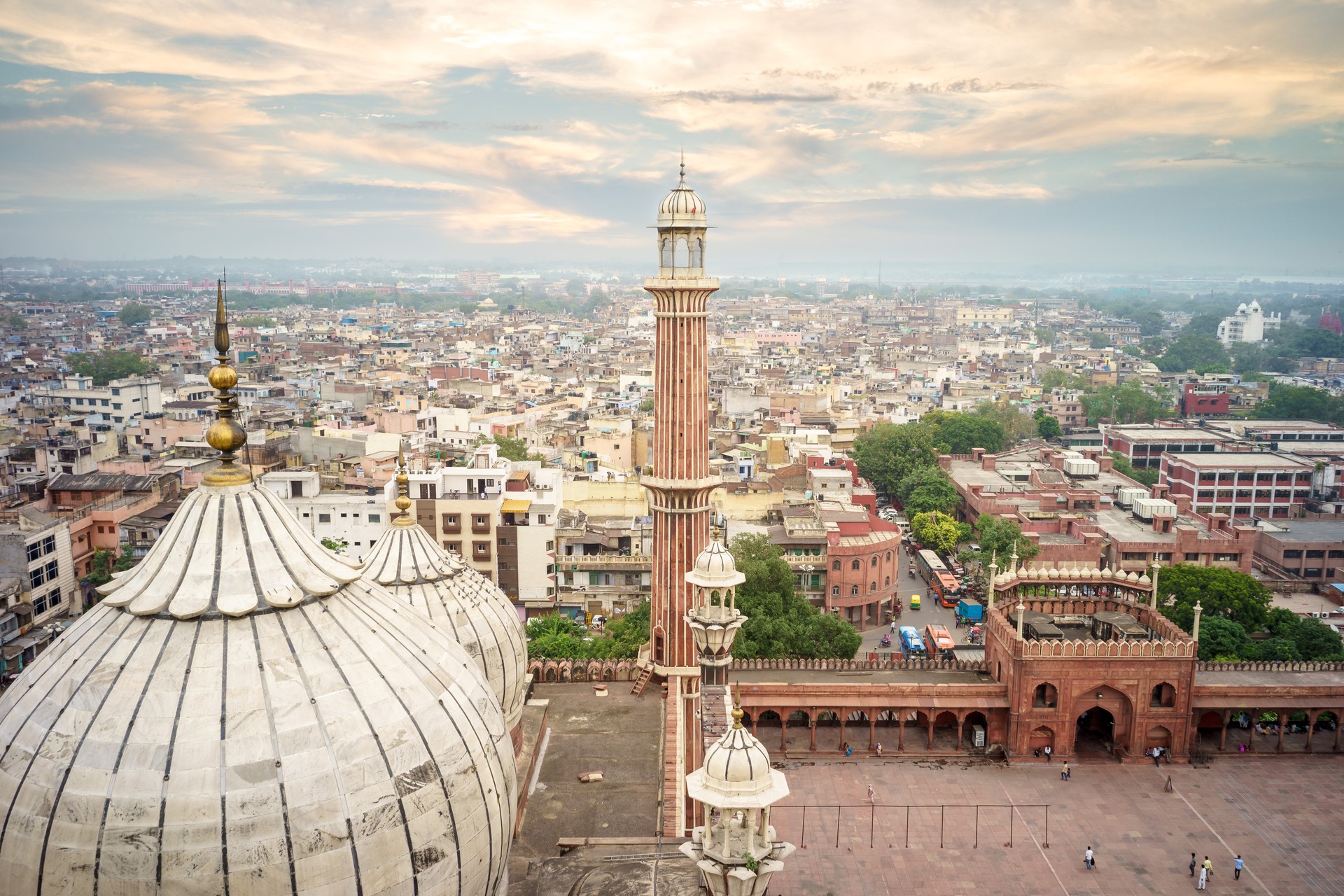 The story of Yaa Asantewaa is one that tells the recent history of Ghana, and is prolifically celebrated in Ghanaian culture. Asantewaa was appointed the Queen Mother of Ejisu by her brother - the king of the Ashanti Kingdom. This independent confederacy was an amalgamation of Ashanti tribal families, which formed a powerful West African empire from 1701 until 1896 - when British colonists arrived. 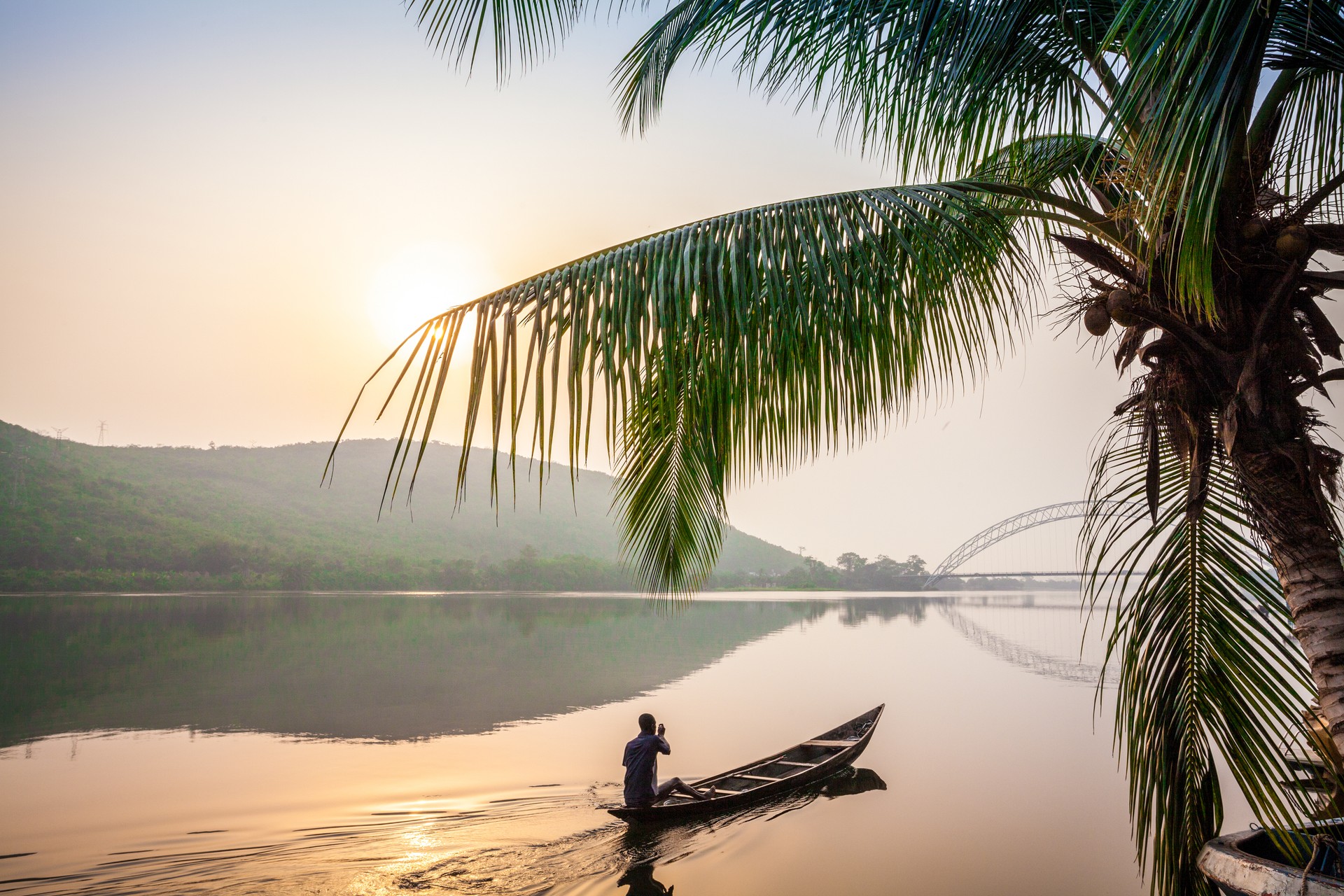 The British exiled the Ashanti king to the Seychelles, and demanded control of the ancestral ‘Golden Stool’ - a sacred symbol of power in the Ashanti Empire. As gatekeeper of the Stool, Asantewaa refused to surrender to the British, and rallied the Ashantehenes (leaders) of Ashanti to rise up against colonial rule. When many voiced doubts, she famously said:

“No white man could have dared to speak to the Chief of Asante in the way the governor spoke to you chiefs this morning. Is it true that the bravery of Asante is no more? I cannot believe it. It cannot be! I must say this: if you, the men of Asante, will not go forward, then we will. I shall call upon my fellow women. We will fight the white men. We will fight till the last of us falls on the battlefield.” 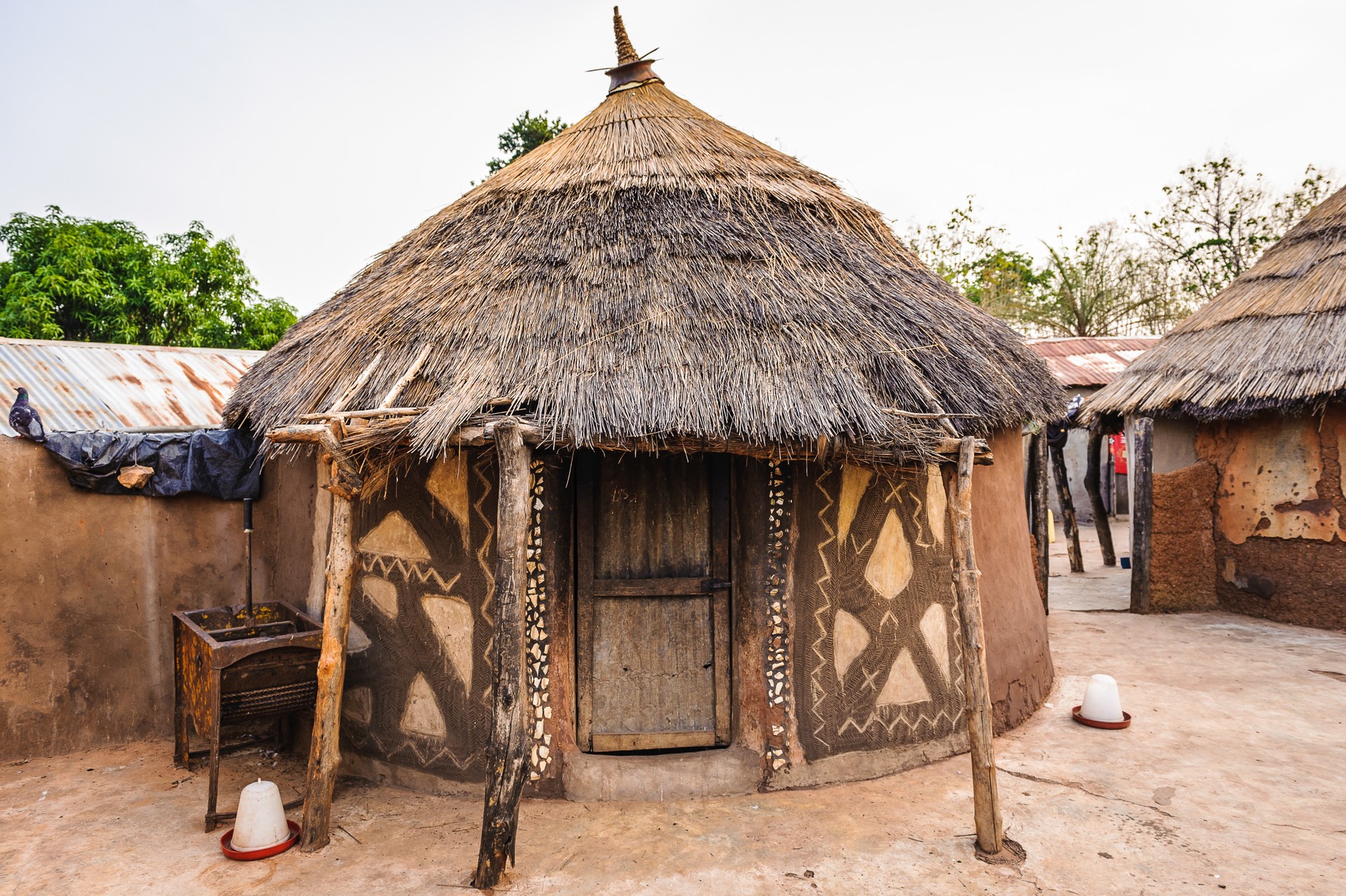 Subsequently, the ‘War of the Golden Stool’ was led by Asantewaa with an army of 5,000. Her capture and deportation stirred the entire kingdom to revolt and thus followed a long fight of rebellion for their independence. In 1935 the Golden Stool was used once more to crown Osei Tutu Agyeman Prempeh II, and independence was finally restored to Ghana in 1957. For her fearless dedication and strength, Yaa Asantewaa is seen as the Queen Mother of Ghana. A museum dedicated to her incredible legacy is located in Kwaso, in the Ejisu-Juaben District - hopefully soon to be restored after a fire in 2008.

History lovers will recognise the name Cyrus the Great, founder of the First Persian Empire, for his conquering vast expanses of the globe and the legacy he left on ancient civilisation. The lesser known story is of his fatal relationship with Queen Tomyris, accounted by many ancient Greek historians. Tomyris was ruler of Massagetae - a powerful kingdom covering the steppes of modern-day Turkmenistan, Afghanistan, western Uzbekistan, and southern Kazakhstan. Many tribal leaders of Massagetae, dissatisfied with their leader being a woman, had tried to overthrow her over the years - but her valor and devotion to her people had reinforced her position as queen. Cyrus recognised that getting Tomyris on side would gain him further power and protection in his conquests, so he proposed marriage to her, praising her beauty and intelligence. Not to be fooled, she rejected his proposal, unfortunately inviting his wrath. He incited war on Massagetae, and set up a bloody trap which captured Tomyris’ son. Enraged, Tomyris demanded his release with these words:

“Refuse, and I swear by the sun, the sovereign lord of the Massagetae - bloodthirsty as you are, I will give you your fill of blood." 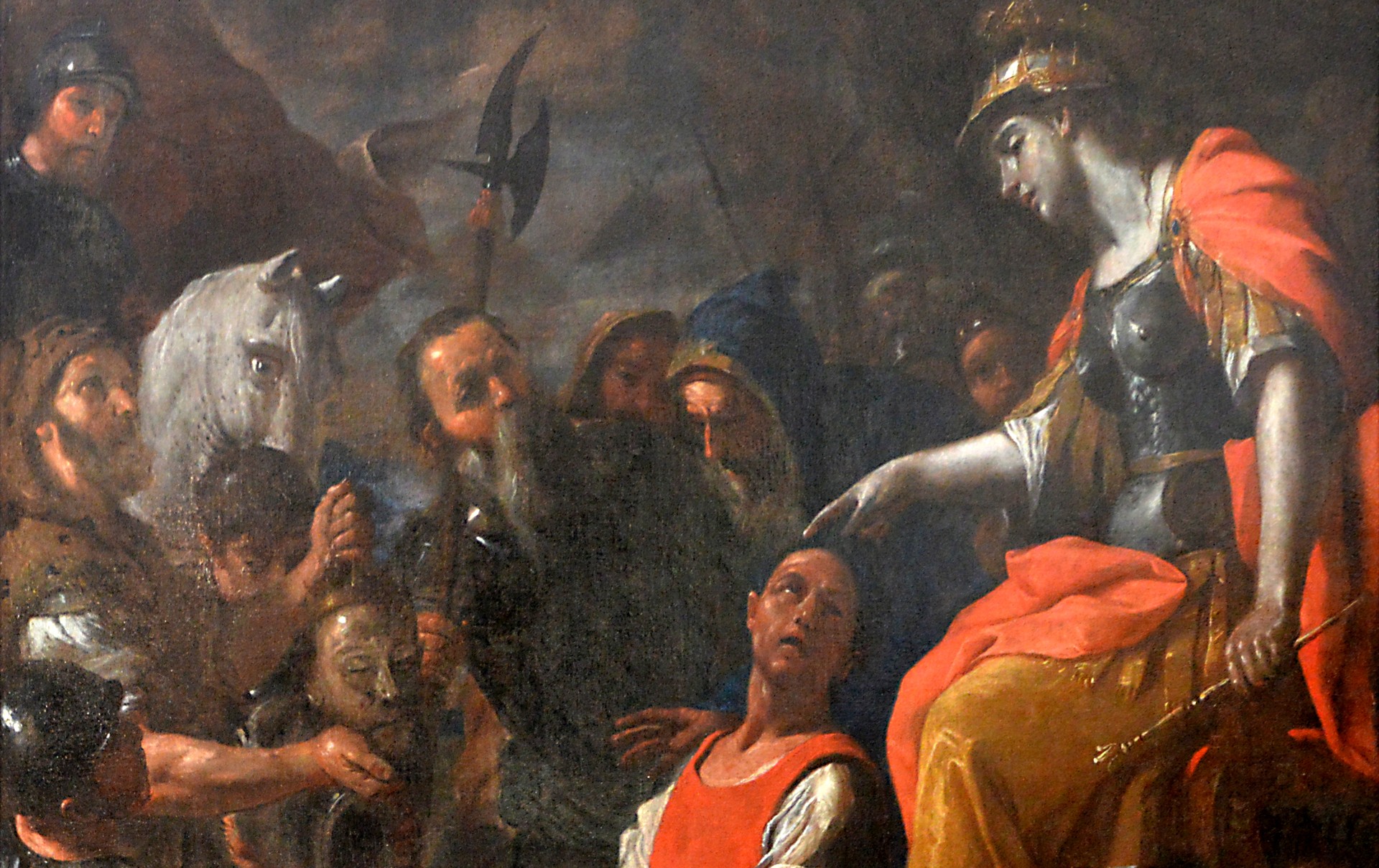 Cyrus still refused, and Tomyris’ son took his own life to avoid being used in his games. The war which followed between Massagetae and the Persian army was furious and bloody, but Cyrus was defeated - decapitated by Tomyris’ sword. She ordered for a skin to be filled with blood, and dipped his severed head in the gore, claiming, ‘I make good of my threat, and give you your fill of blood.’ There are conflicting versions of this story, but the iconic figure of Tomyris is a strong-held legend across Central Asia. Lauded as a symbol of freedom and strength, she features in poetry, movies and fiction. 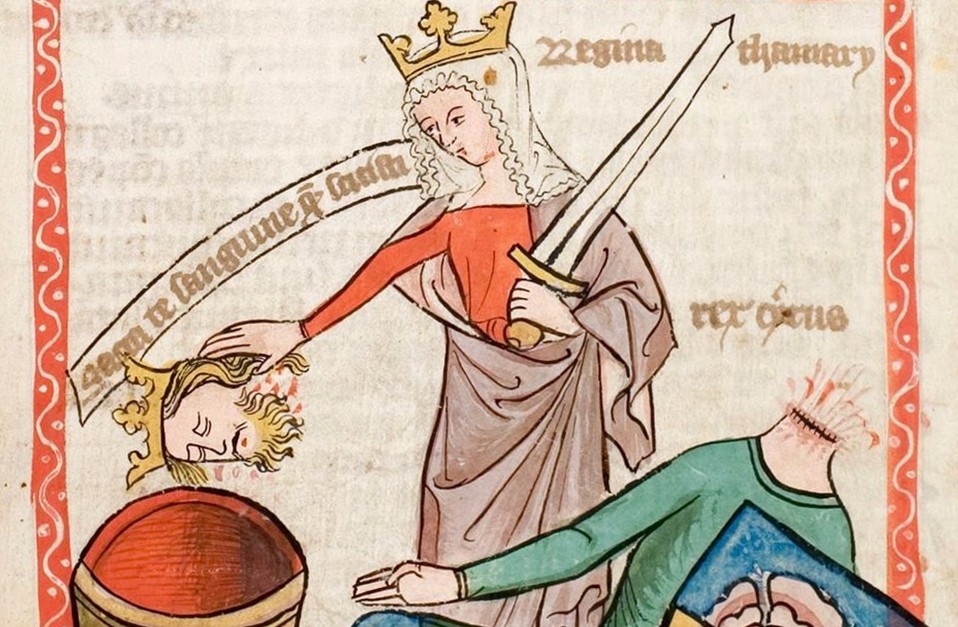 Affectionately known as ‘La Pola’, Policarpa Salavarrieta was a seamstress who, in the early 19th century, worked as an informant and spy for the uprising in Colombia. The Colombian town of Guaduas, where she lived with her brother and sister, was seen as an important rest stop during the Spanish war with France; soldiers, nobles, artists and travellers from all over would arrive bringing stories and information. La Pola’s family supported the Revolution, and from a young age she developed a strong interest in politics. 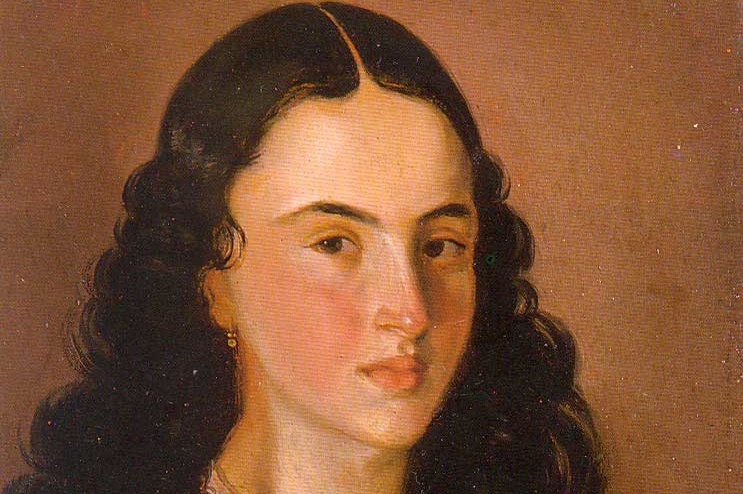 In 1817 she and her brother moved to Bogota, at the time a central stronghold of Spanish Royalists, using forged documentation. Her skills as a seamstress meant she gained intimate access to the homes of Royalists, where she could overhear conversations, collect secret information and ascertain who could be potentially recruited to the cause. But it wasn’t to last. A capture at the border led to her operations being discovered, and with her brother and four other prisoners, she was led to be publicly executed by firing squad. After being told to turn her back, as was customary for disgraced traitors, she turned but refused to kneel, yelling the words, "I have more than enough courage to suffer this death and a thousand more. Do not forget my example!" When the squad began shooting, Pola turned around to face them. 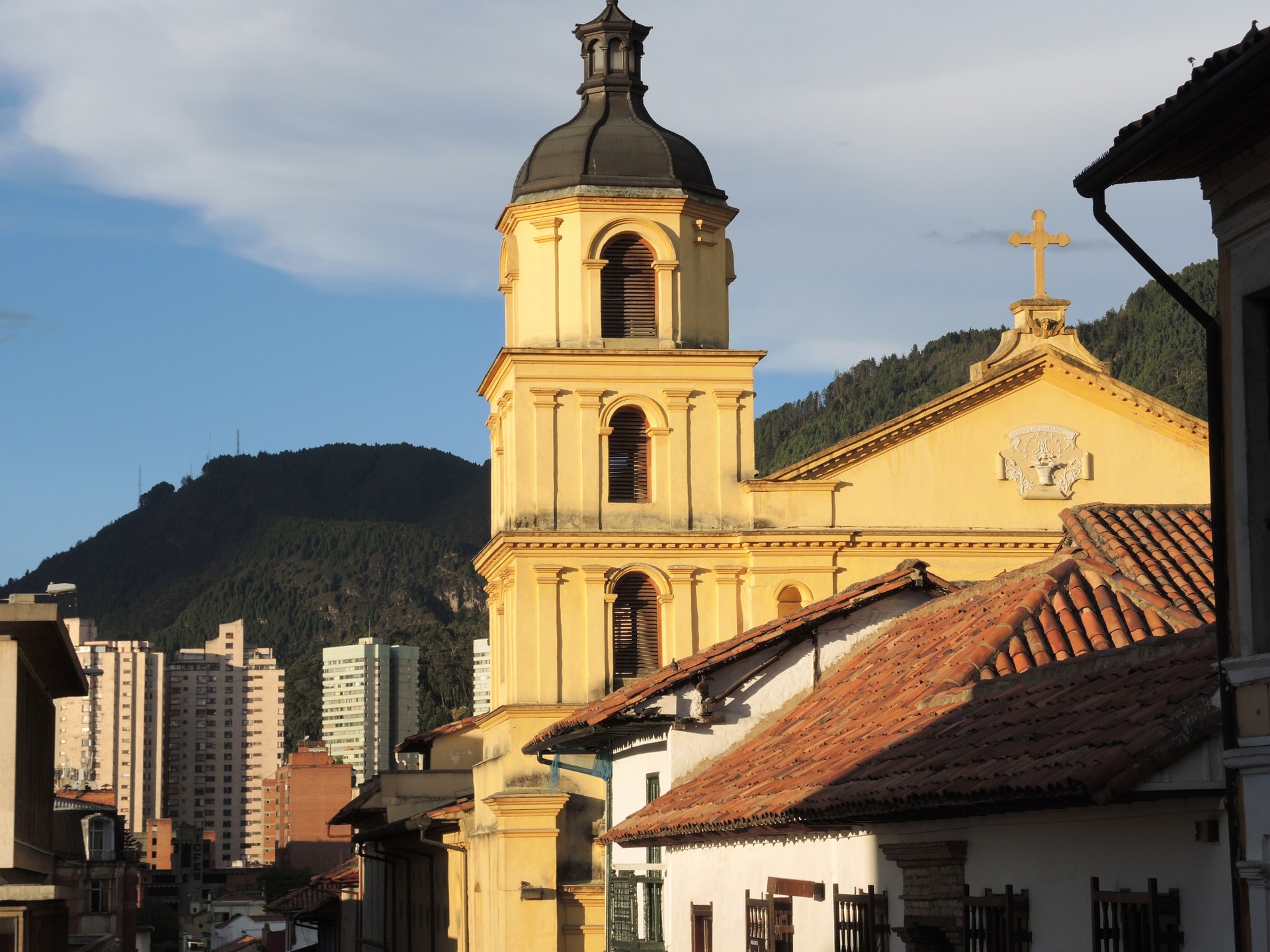 Today La Pola’s fearless actions and spirit of rebellion is honoured in her country with ‘Day of the Colombian Woman’, which lands on 14th November each year. She has featured multiple times on currency and stamps in Colombia, while an honorary statue and museum about her life can be found in her childhood home of Guaduas. Head to Bolivar Square in Bogota to see her statue, and reflect on where this Colombian heroine and many others were killed as traitors for their commitment to their country. 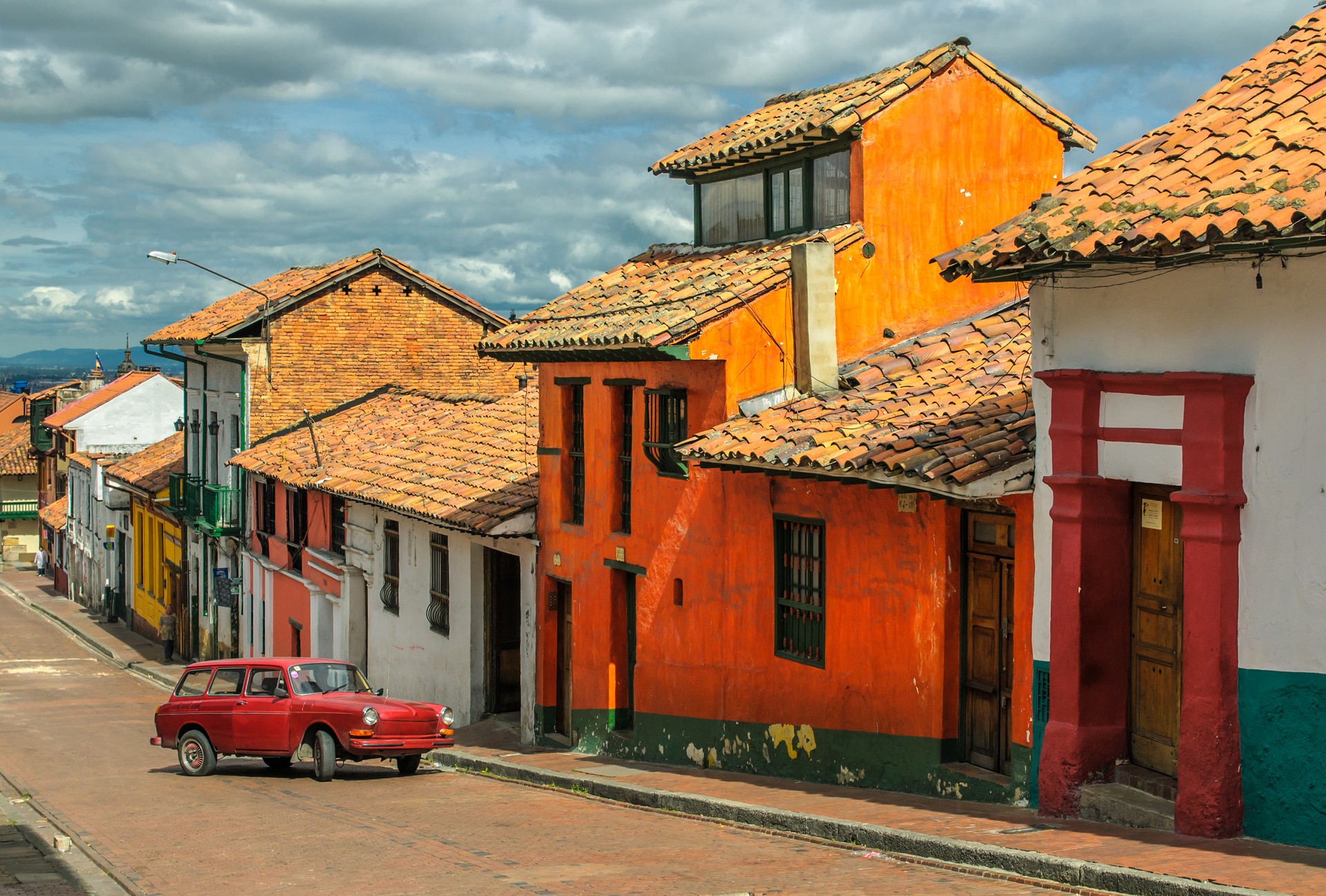 To chase hidden history on a tailor-made trip of your own, follow the links dotted throughout this article to be taken to one of our many country pages or sample itineraries They’ll provide you with some inspiration for your ideal historical holiday before contacting one of our trusted local experts - who are skilled at creating bespoke holidays which cater to your needs and preferences. If you would like to speak to someone in the TravelLocal office please call +44 (0)117 325 7898. 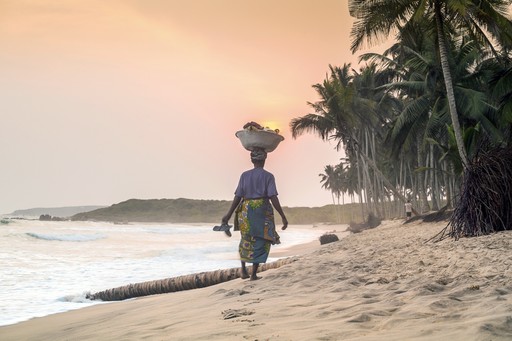 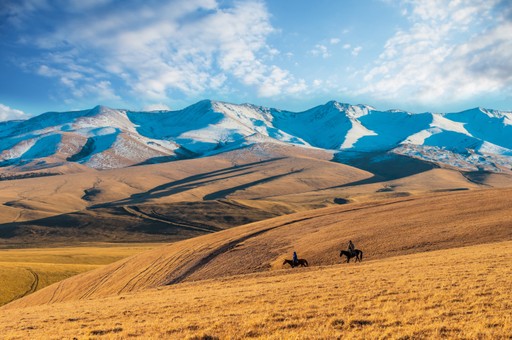 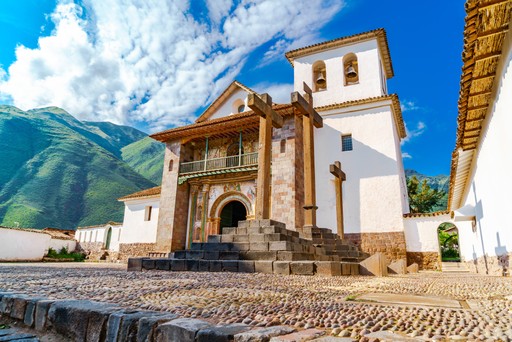 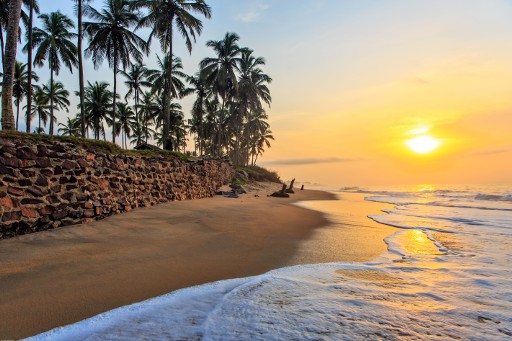 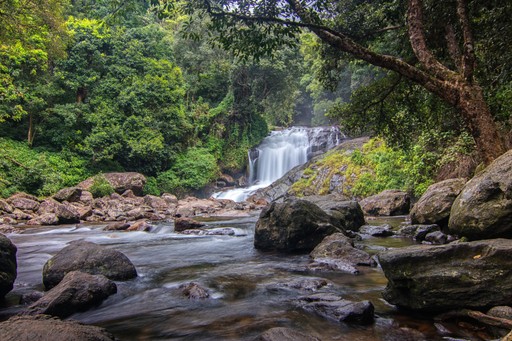