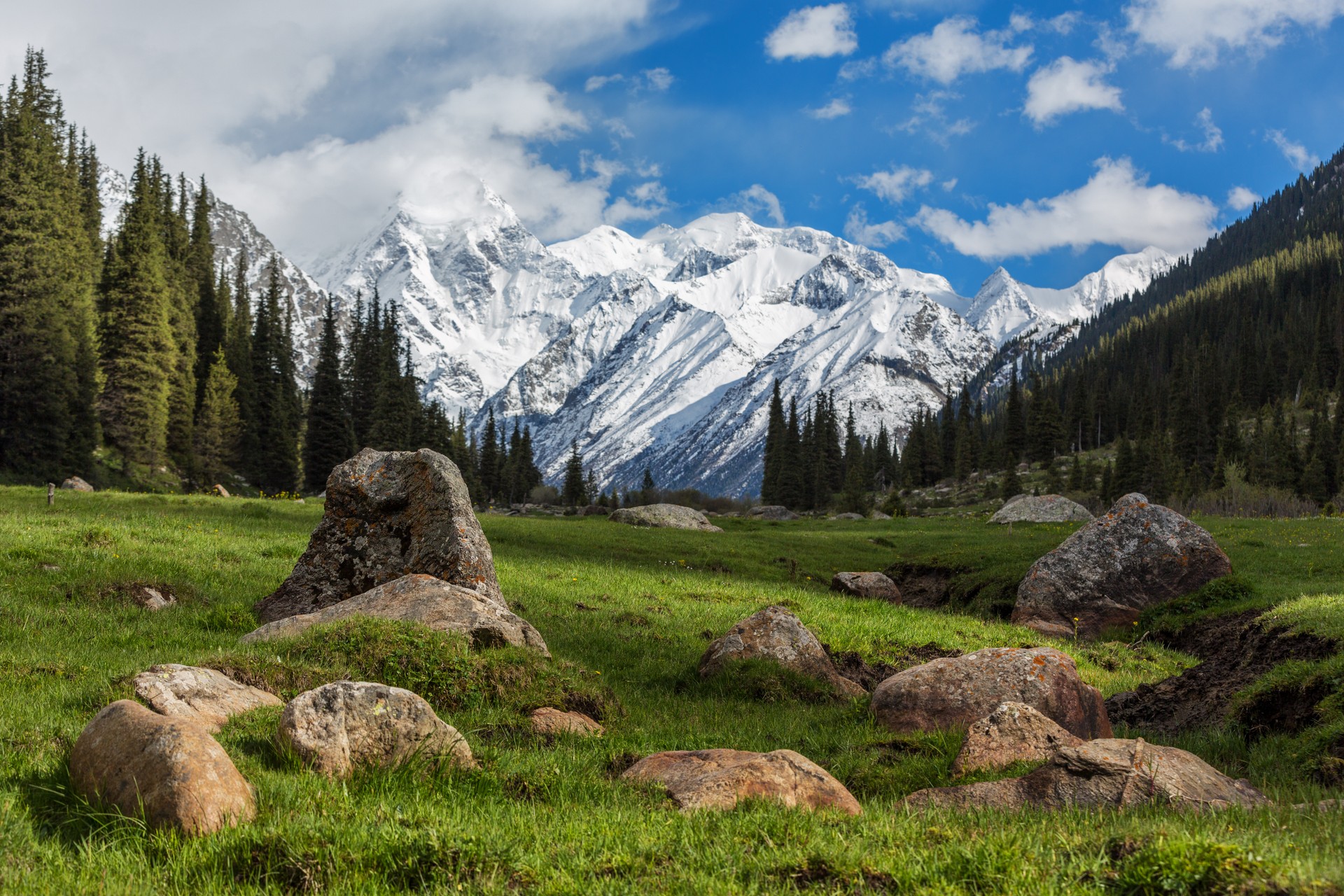 Central Asia is in many ways the land that time forgot. The legacy of the Silk Road looms large and caravans of nomadic people can still be seen winding their way across the landscape, following in the well-trodden footsteps of their ancestors. The iconic blue domes, minarets and bustling bazaars could have been lifted from the times of Marco Polo and as you head away from the cities that sense of time travel only grows stronger. Off the beaten track you will find sleepy villages and remote yurt stays - their surrounding landscapes unchanged for millennia and largely unexplored by international visitors. 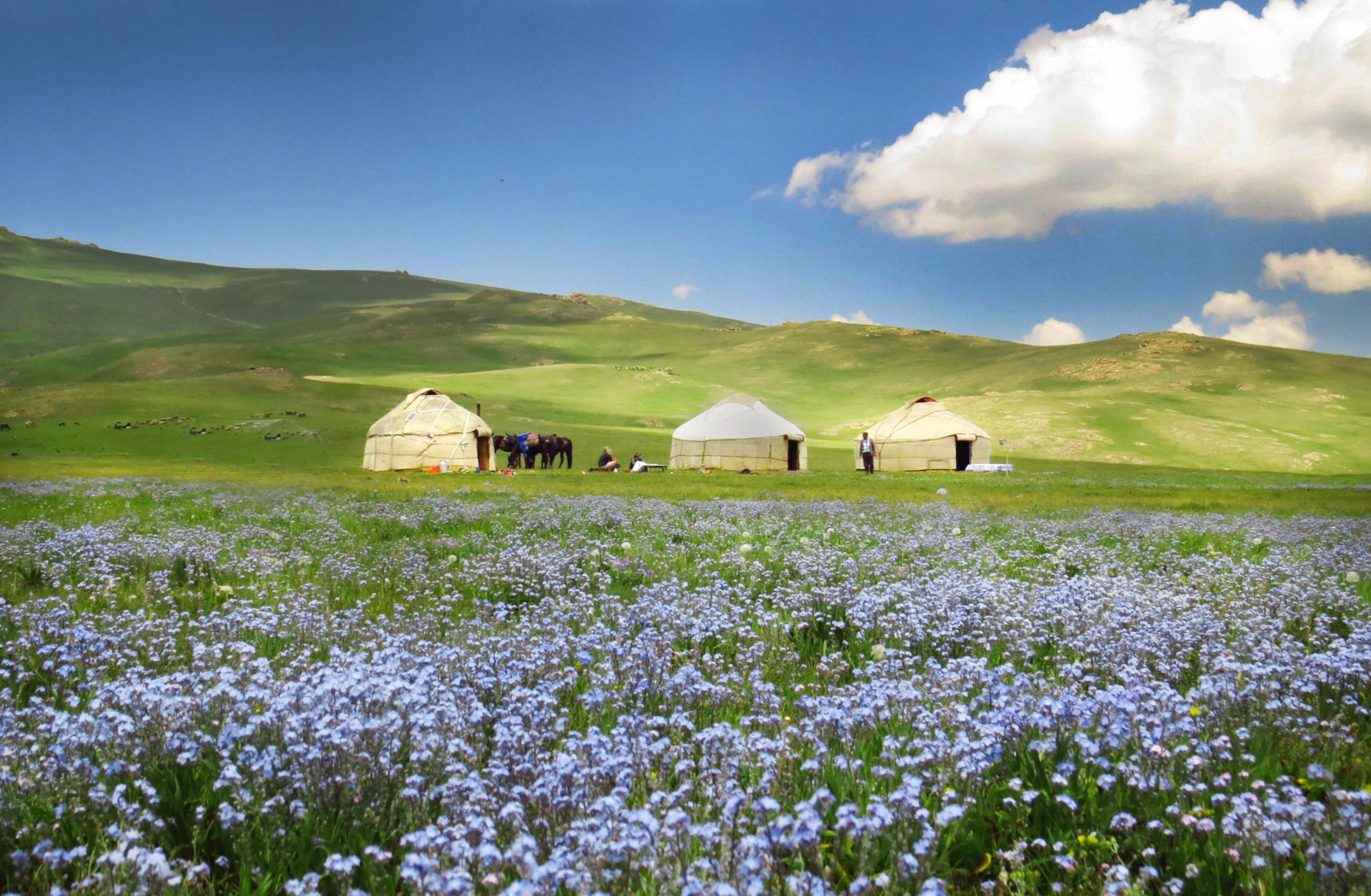 The region is defined by its ‘Four Stans’ - Uzbekistan, Kyrgyzstan, Kazakhstan and Tajikistan. Each has plenty to offer in its own right but many travellers choose to combine them, crossing over well-worn borders and embracing different cultures as they go. This is a really rewarding way to get to know this unique and ancient part of the world but it can also be daunting for a first time visitor. 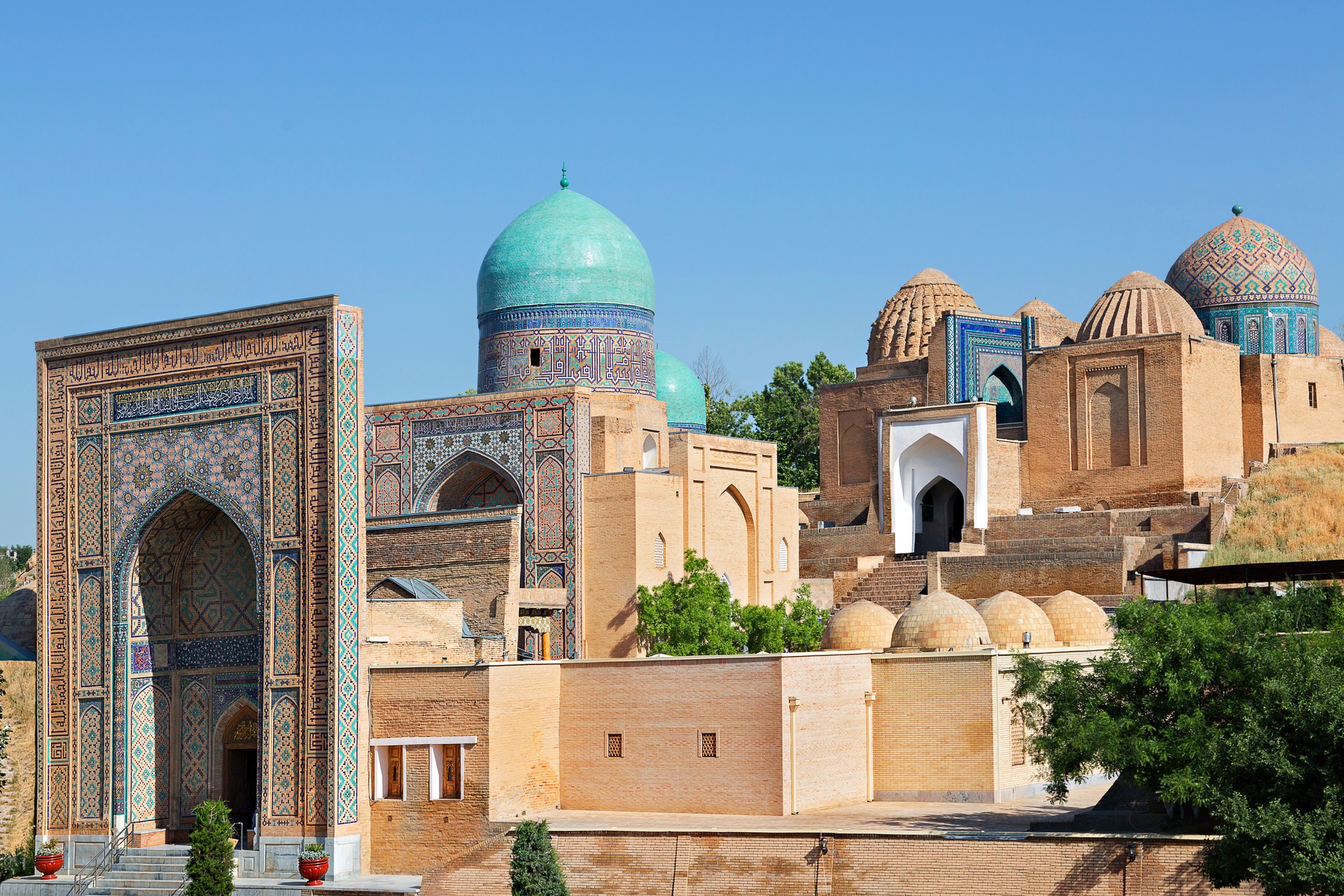 With that in mind, we’ve asked our local experts across Central Asia to share their advice for travelling in the region - the customs, the countryside and everything in between.

When visiting this part of the world, it can be tempting to try and cram as much as possible into your itinerary. Many people see Central Asia as one destination when actually there are countless things to see and do in each of its composite countries. Travellers end up returning to the region again and again, utterly spellbound by what they have seen. 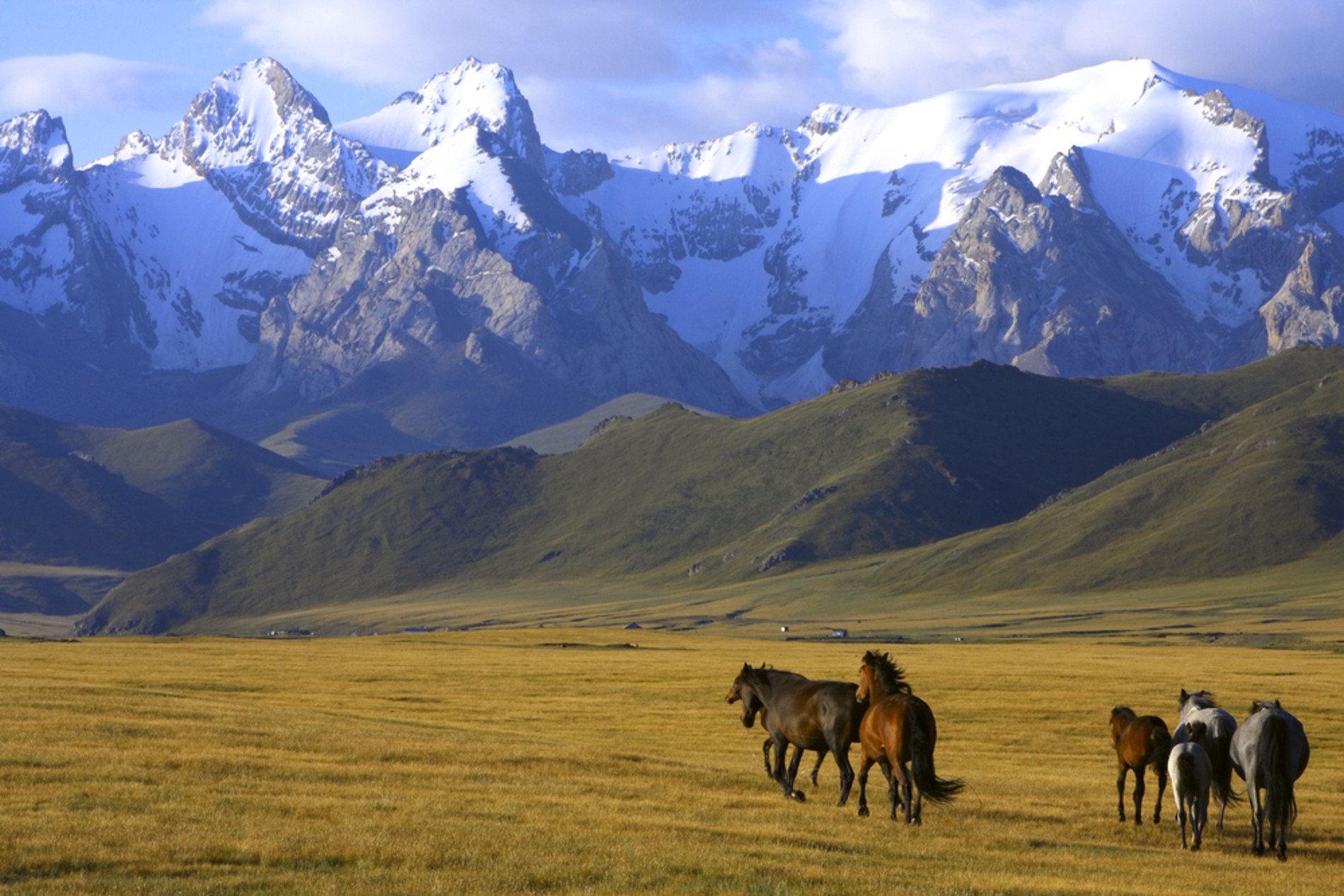 If you want to visit all four of the Stans, we recommend spending at least three weeks in the area. Our local experts are experienced in providing cross border travel and are able to make arrangements across the region, ensuring that you see the best of Central Asia. Three weeks gives you enough time to take in the highlights of each Stan, from the Kolsai Lakes in Kazakhstan to the minarets and medressas of Samarkand. 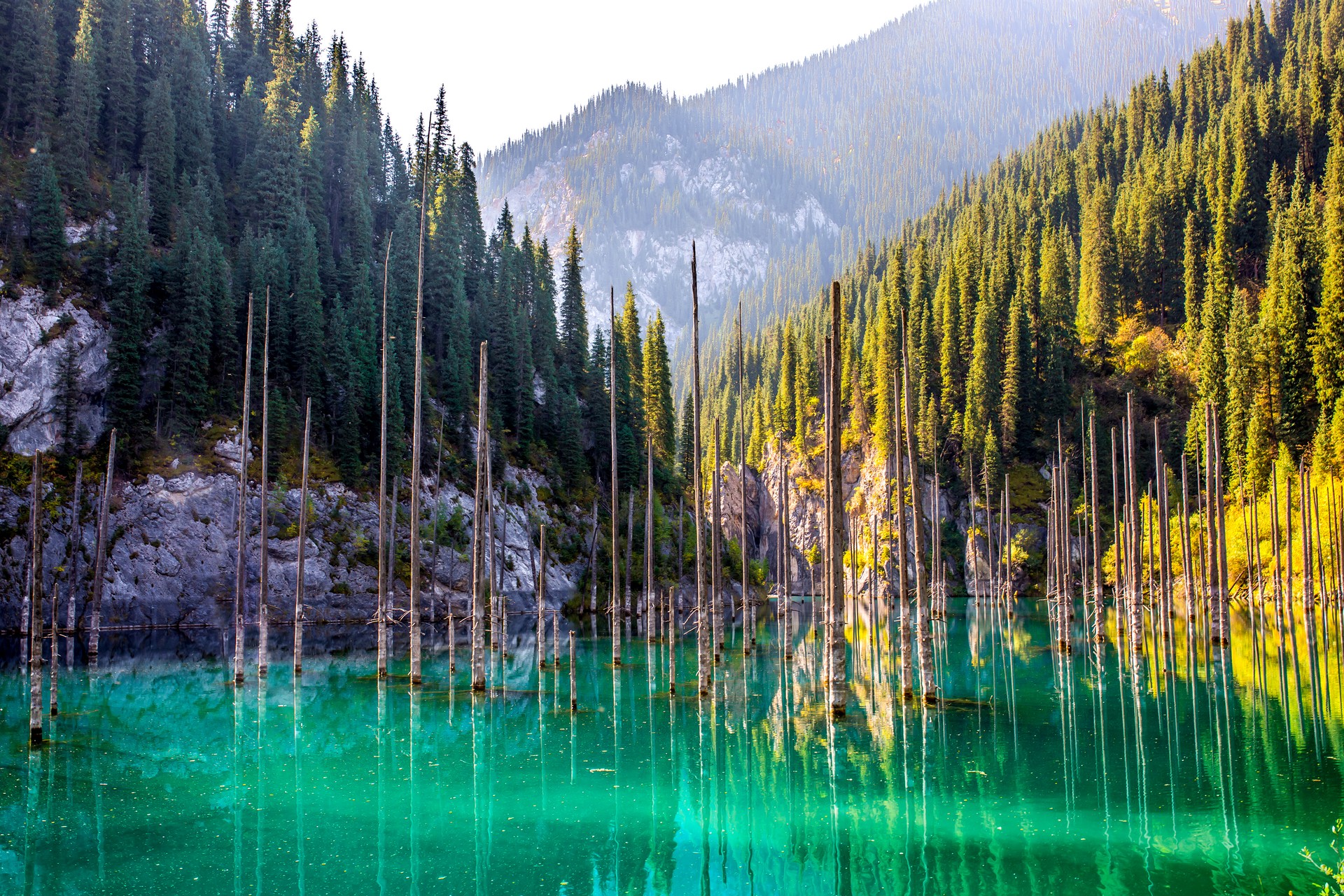 If you have less time to spend, the best two to combine are Uzbekistan and Kyrgyzstan as they offer a real insight into the history, culture and landscapes that define Central Asia. You can explore the markets, mosques and minarets of Uzbekistan’s ancient cities before crossing into Kyrgyzstan for wide open skies, sprawling mountain ranges and remote yurt stays. These two can be comfortably combined within a 7-10 day trip. 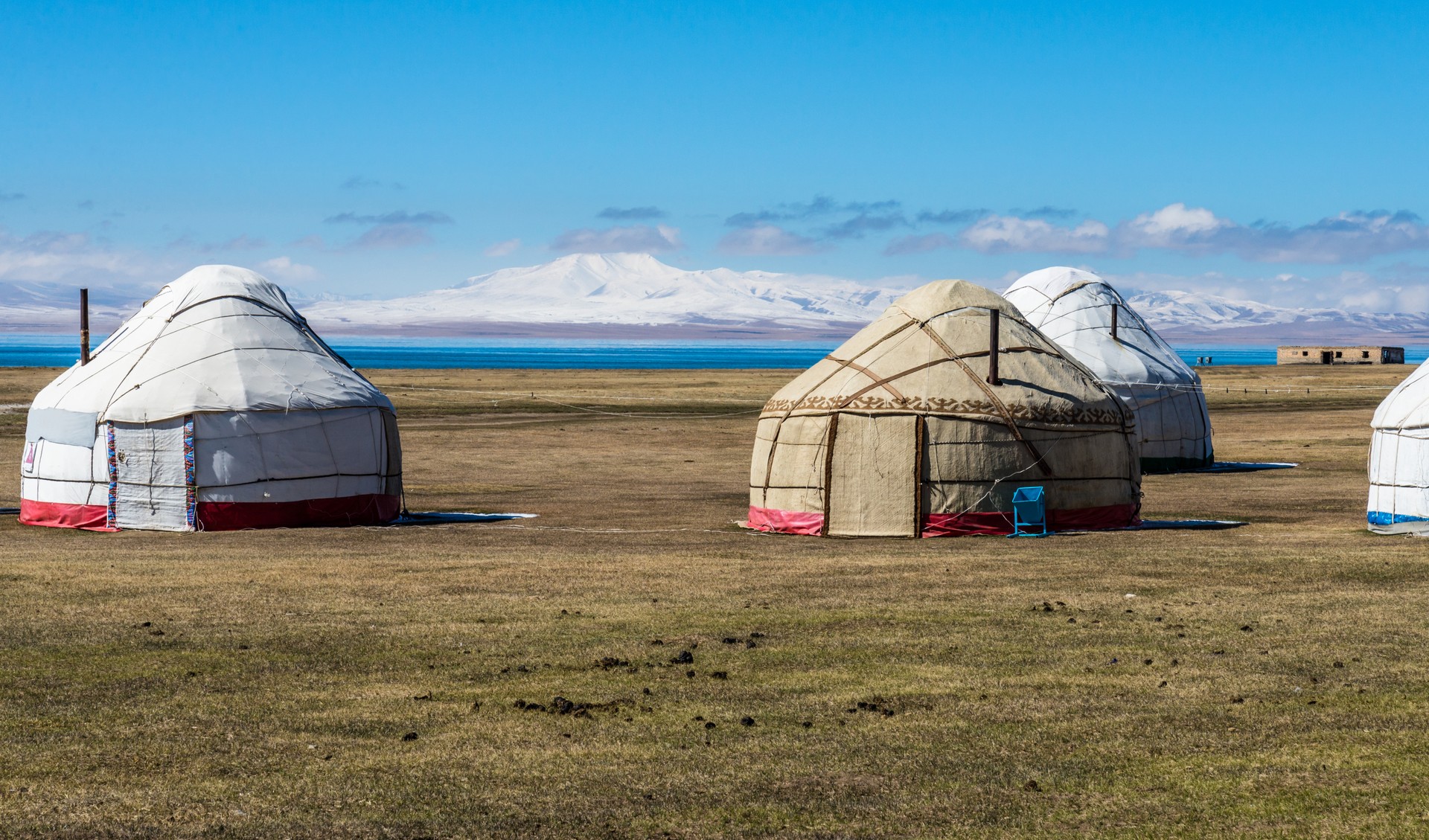 Admire the ancient and the modern

Central Asia is synonymous with ancient opulence - the turquoise domes of Samarkand, the delicate minarets of Bukhara and the caravans of the Silk Road bearing treasures from faraway lands. However, alongside this ancient history there is the region’s more recent Soviet past. Many visitors, despite their initial reservations, find themselves captivated by these modern developments and it is wise to find room in your itinerary for some Soviet exploration. 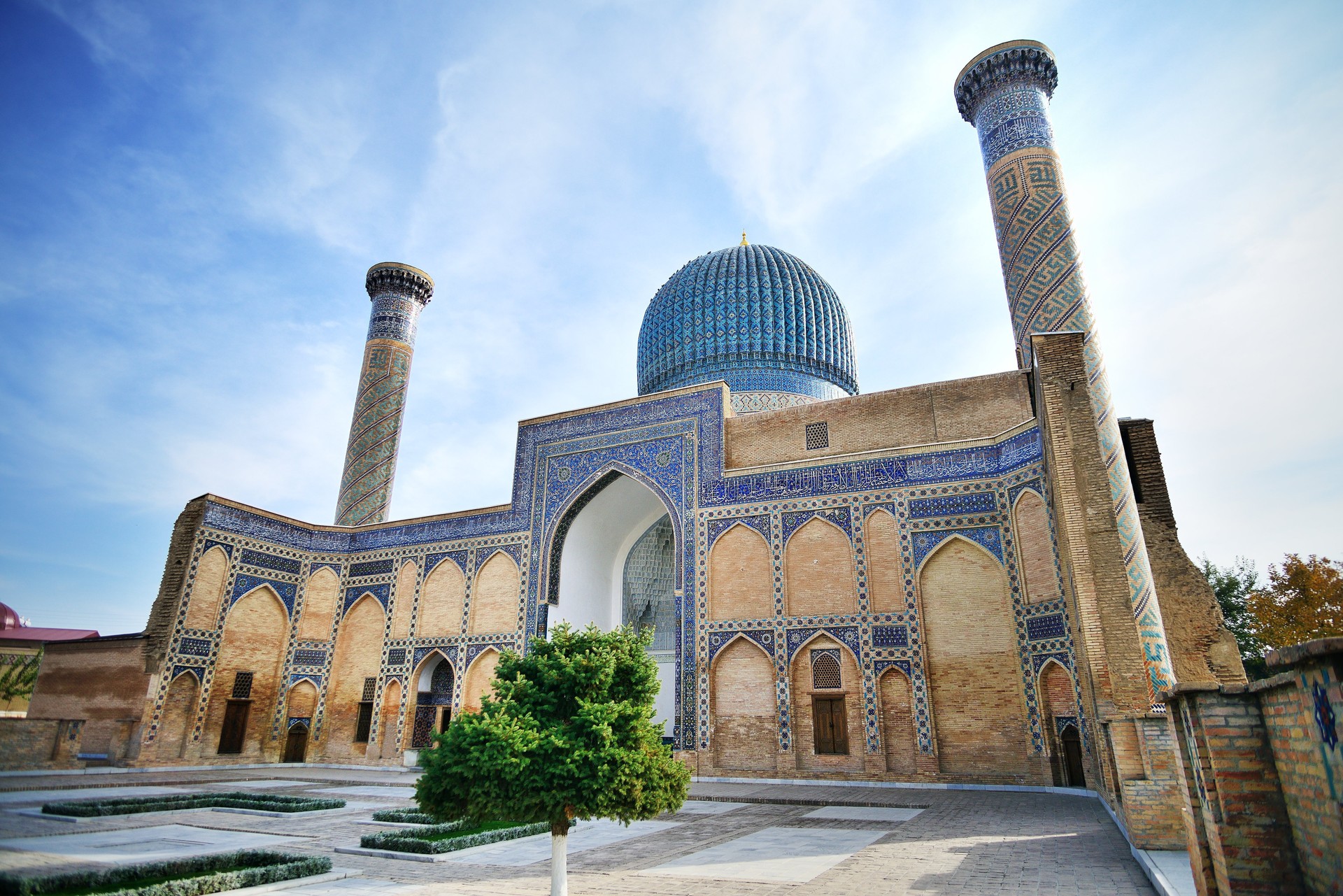 Although Soviet era architecture is often considered stark, it is unfair to tar it all with the same brush. Beautiful examples can be seen across Central Asia but some of the best are in Almaty. Back in the 1970s, Dinmukhamed Kunayeva, a soviet Kazakh politician, convinced Moscow that he could transform Almaty into a worthy capital of the Republic of the Soviet Union. With their significant investment, he was able to construct buildings across the city which can still be seen today. The Palace of Pioneers, Hotel Kazakhstan and Auezov Theatre are some of the most striking. 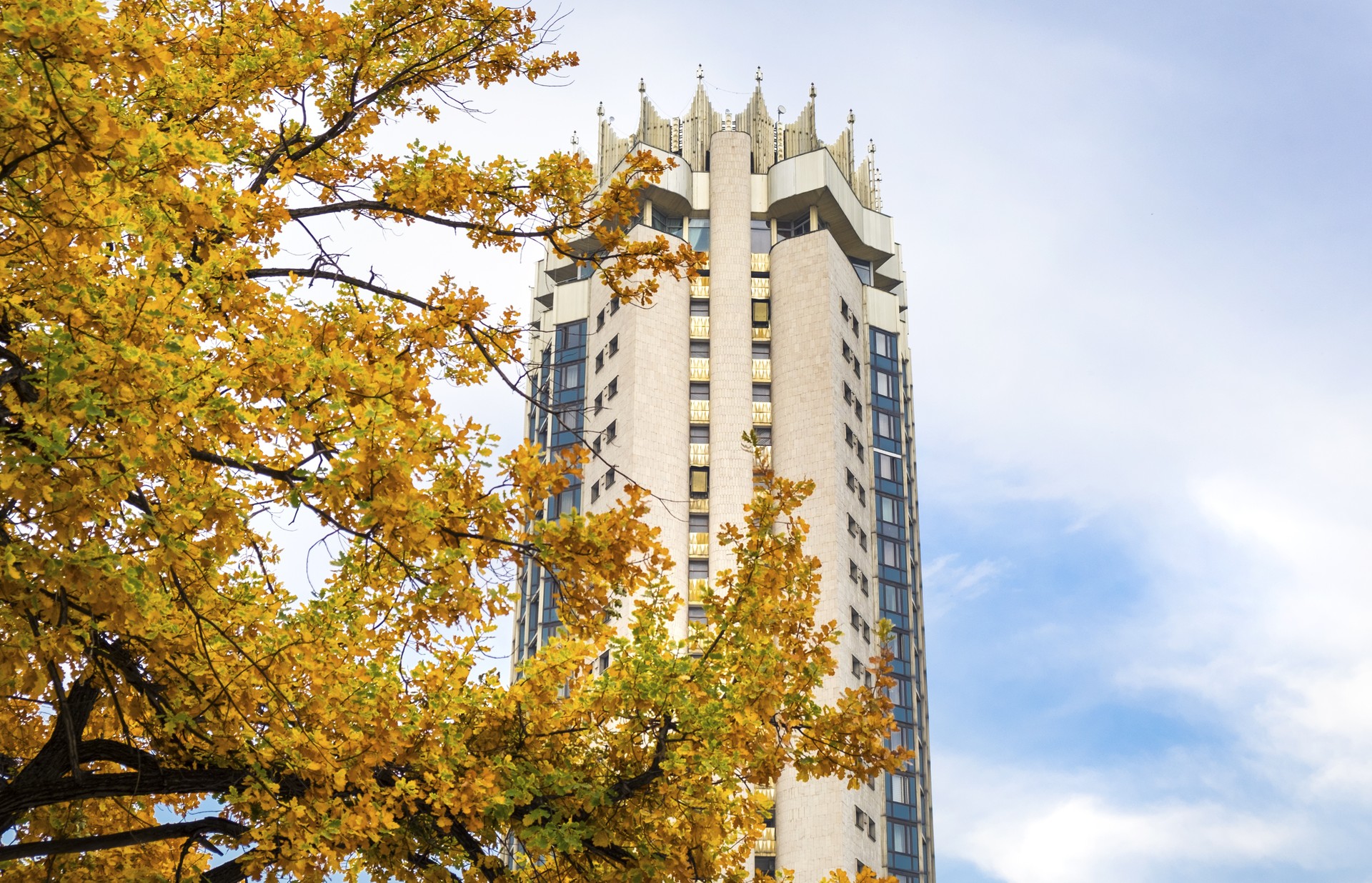 A foray into the modern Central Asian lifestyle would not be complete without a trip on the Tashkent Metro. It was built in the late 1960s and was celebrated as the first underground train system in Central Asia. Its stations are all uniquely decorated in an opulent style. The main building materials were granite, marble, ceramics and carved alabaster which makes the stations feel more like ballrooms than commuter hubs. The metro lines carry hundreds of thousands of people every day and it is worth taking a ride to get a feel for daily life in Uzbekistan’s most modern city. While Tashkent’s charms are not as obvious as Bukhara’s or Samarkand’s, its energy is infectious and you are sure to get swept along if you give it a chance. 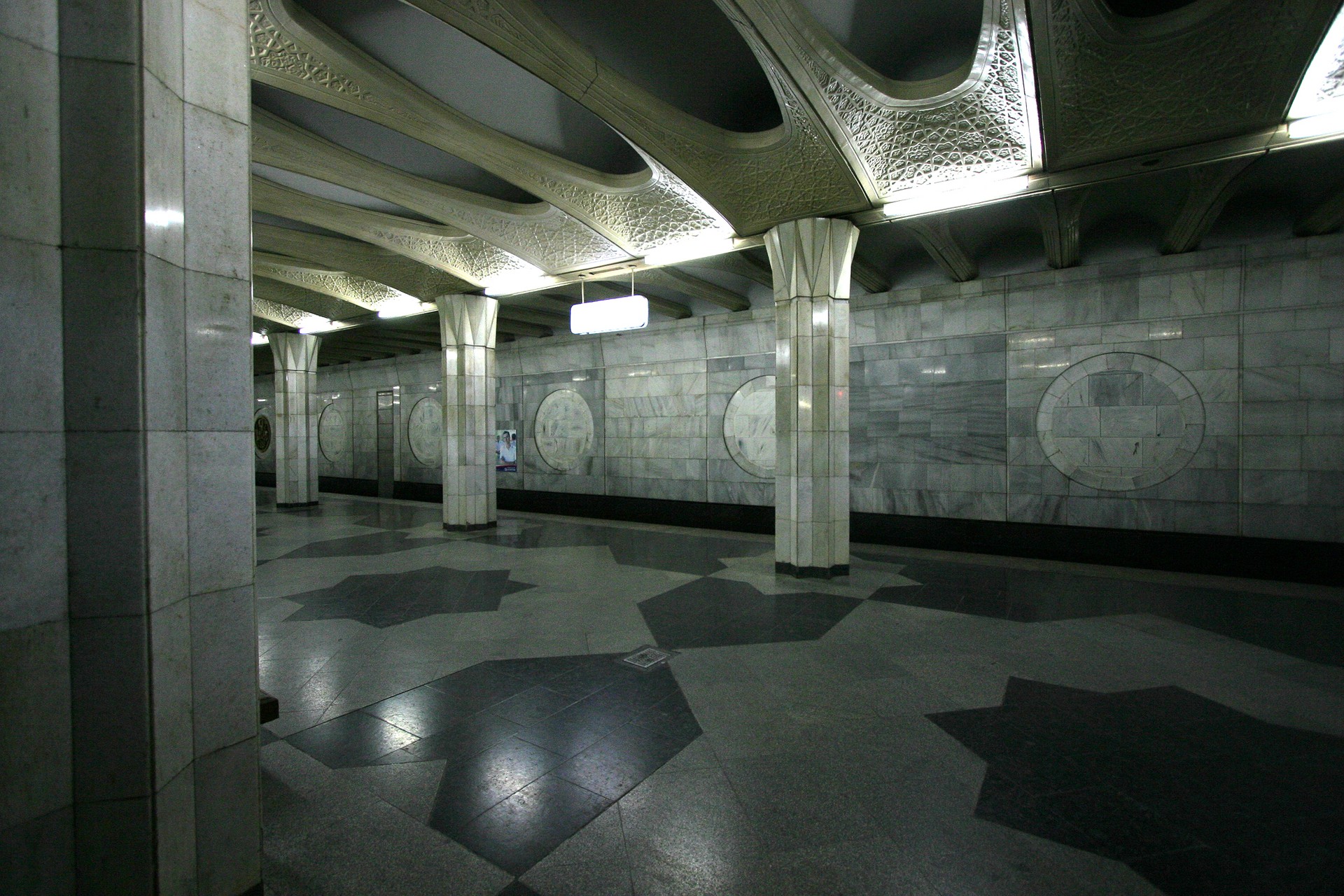 When it comes to Central Asia, it’s easy to see why the likes of Bukhara and Samarkand are the headliners. They are iconic and incredibly beautiful - living relics of a bygone age.

However, to focus only on the towns and cities is to lose out on a whole side of the region (and one of its most fascinating at that). When you leave the hustle and bustle behind and step into the wide open landscapes that are synonymous with Central Asia, you will discover a world which is beyond the reach of the modern. You will find the yurt settlements of Jyrgalan Valley, the eagle hunters on the shores of Issyk Kul and the Bronze Age petroglyphs that dot the canyons of rural Kyrgyzstan. 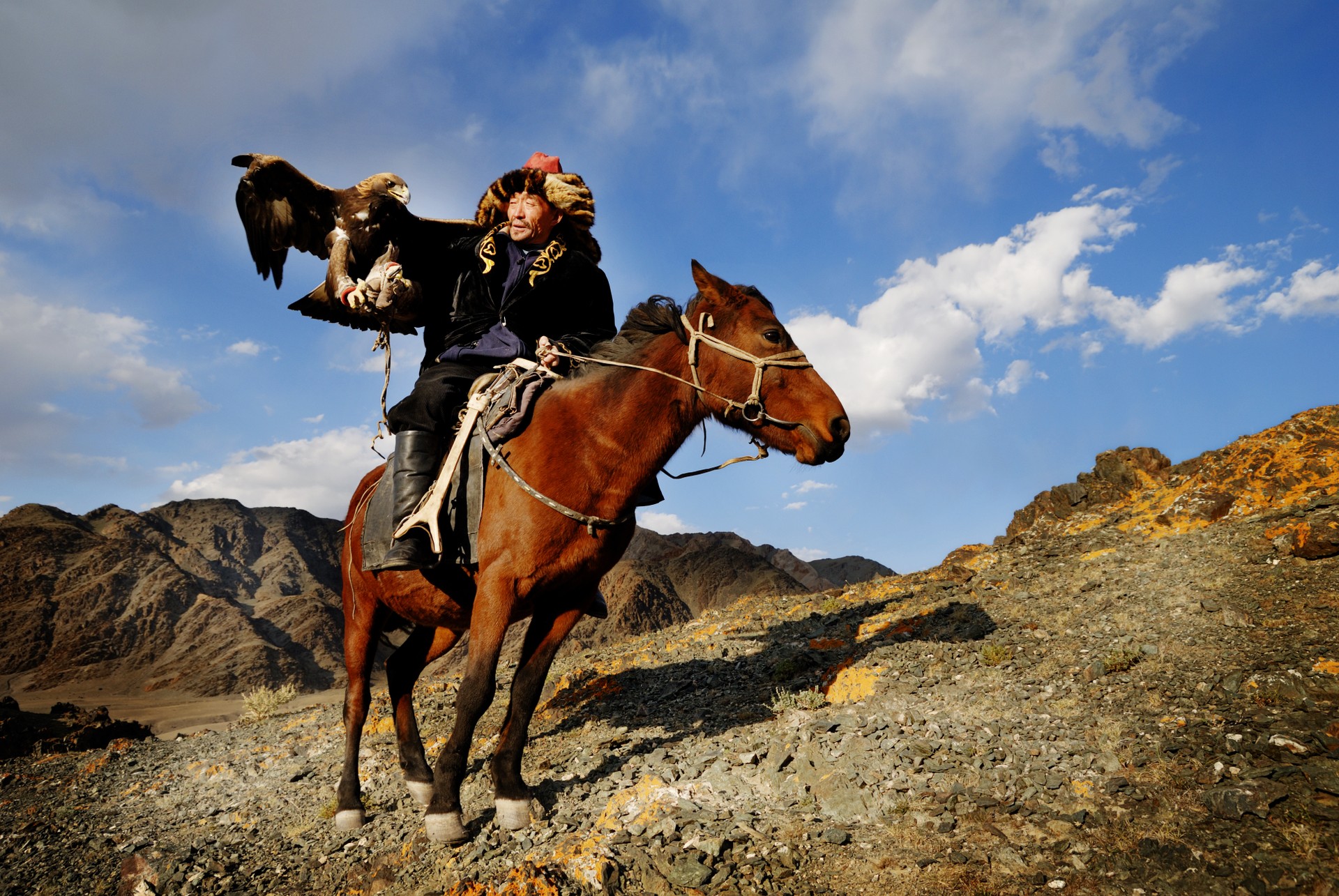 These areas are an ideal place to unplug from the modern world. Accommodation is usually provided in the form of local homestays and there are often opportunities for hiking and horseback riding. We particularly recommend a visit to the village of Arslanbob in Kyrgyzstan’s central province. Not only is the village quaint and beautiful, it is also home to the world’s largest natural walnut forest. According to legend, an Arabic visitor carried the walnut seeds to the area over a thousand years ago, sowed them and brought the forest to life. To this day, it is the lifeblood of the community and everyone, young and old, is involved at some stage in the harvest process. Every October, nomadic communities move into the forest to take part in the harvest - gathering with villagers to break bread, trade stories and sing campfire songs. At this time, the village and forest are a hive of activity and this can be a great time to visit if you are keen to take part. However, throughout the rest of the year things are more peaceful and you can walk or ride through the forest at your leisure, taking in panoramic views as you go. 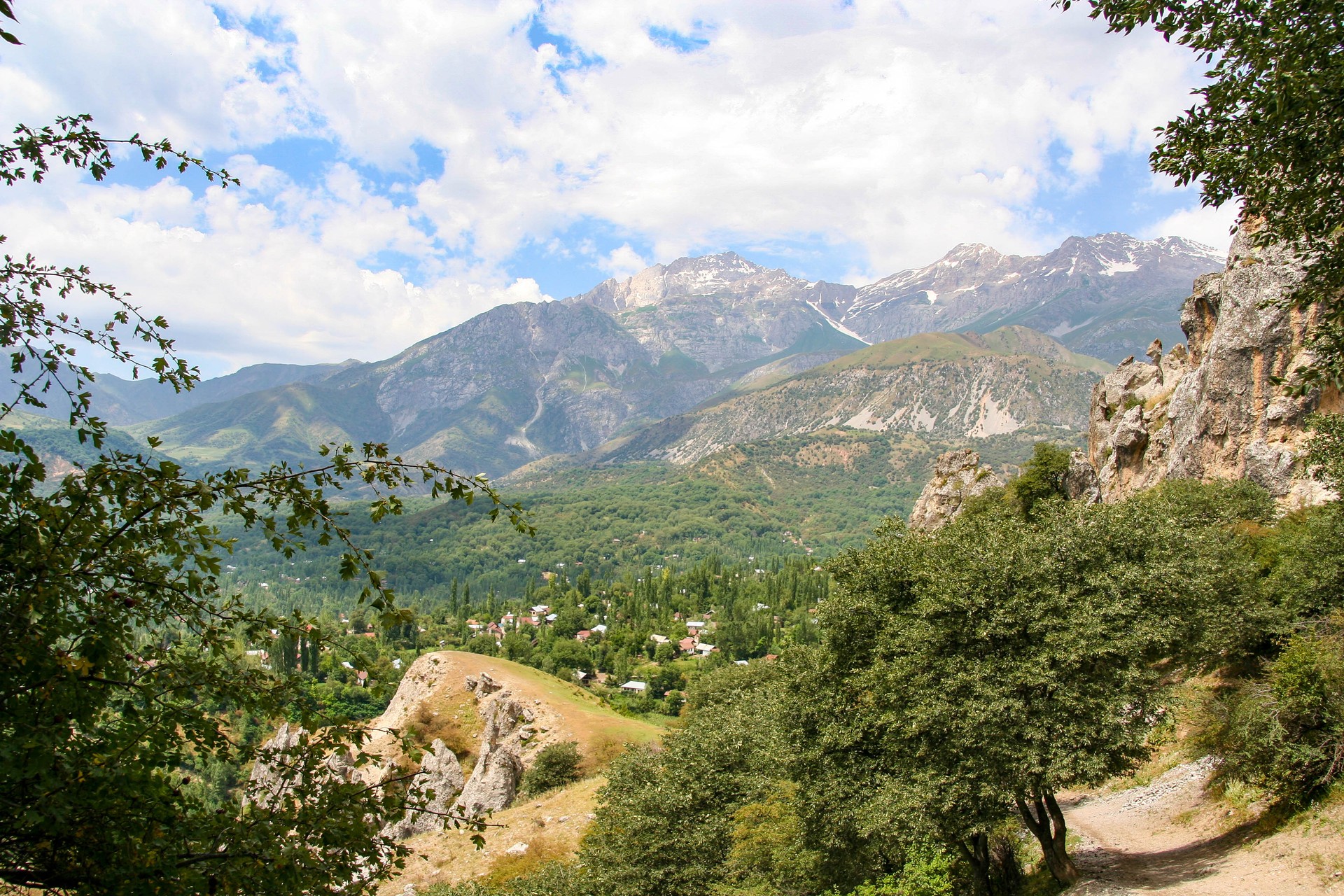 While it is true that Central Asia’s food scene is not widely renowned, it does offer a fascinating insight into the history and culture of the region. Over thousands of years, settlers have come and gone, leaving their recipes behind to be adapted and evolved. The result is a varied cuisine which is broadly nomadic in origin. It is heavily meat focused, usually featuring mutton, beef or even horse, and vegetarian food can be tough to come by outside of the main cities in Kazakhstan and Uzbekistan. Soups are popular across the region as is plov, the national food of Uzbekistan, which is a rice based dish served with onions, carrots, egg and some form of meat. According to legend, it was created in response to Alexander the Great’s request for a simple and satisfying dish to feed his armies as they journeyed across the region. 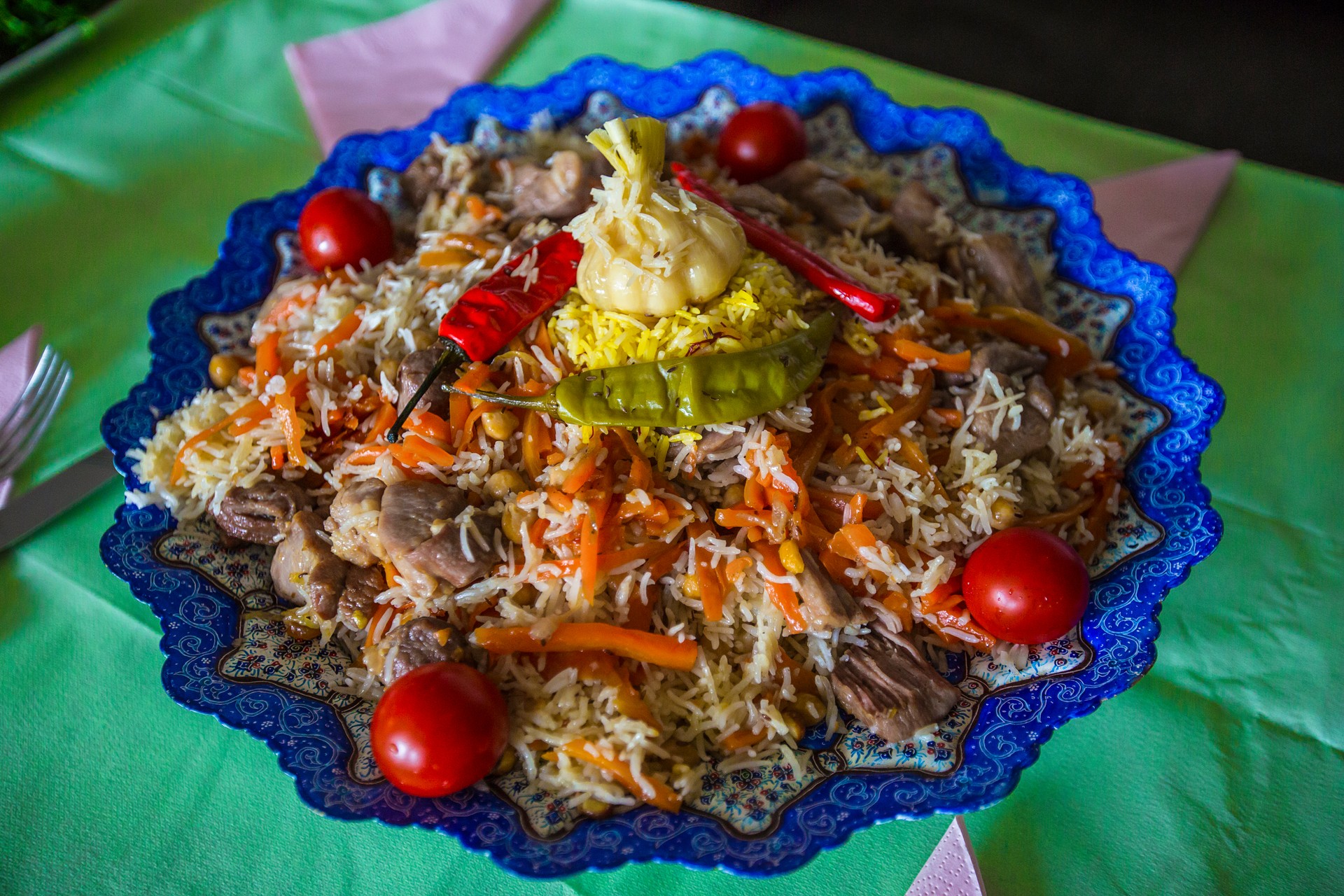 It is important to remember that bread is considered sacred across Central Asia. If a loved one is going on a journey, it is traditional for them to break off a piece of bread, eat it and return the remaining loaf to their family so that it can be buried underground until their safe return. Bread is broken at weddings to symbolise the unity of the bride and groom’s families, promises are sworn upon it and it is always offered to house guests along with a hot cup of local tea. If you are sampling bread in Central Asia, do not put it on the ground, turn it upside down or throw it away - and only ever take as much as you can eat! Tea is usually drunk from small bowls and you should always hold the cup in your right hand. 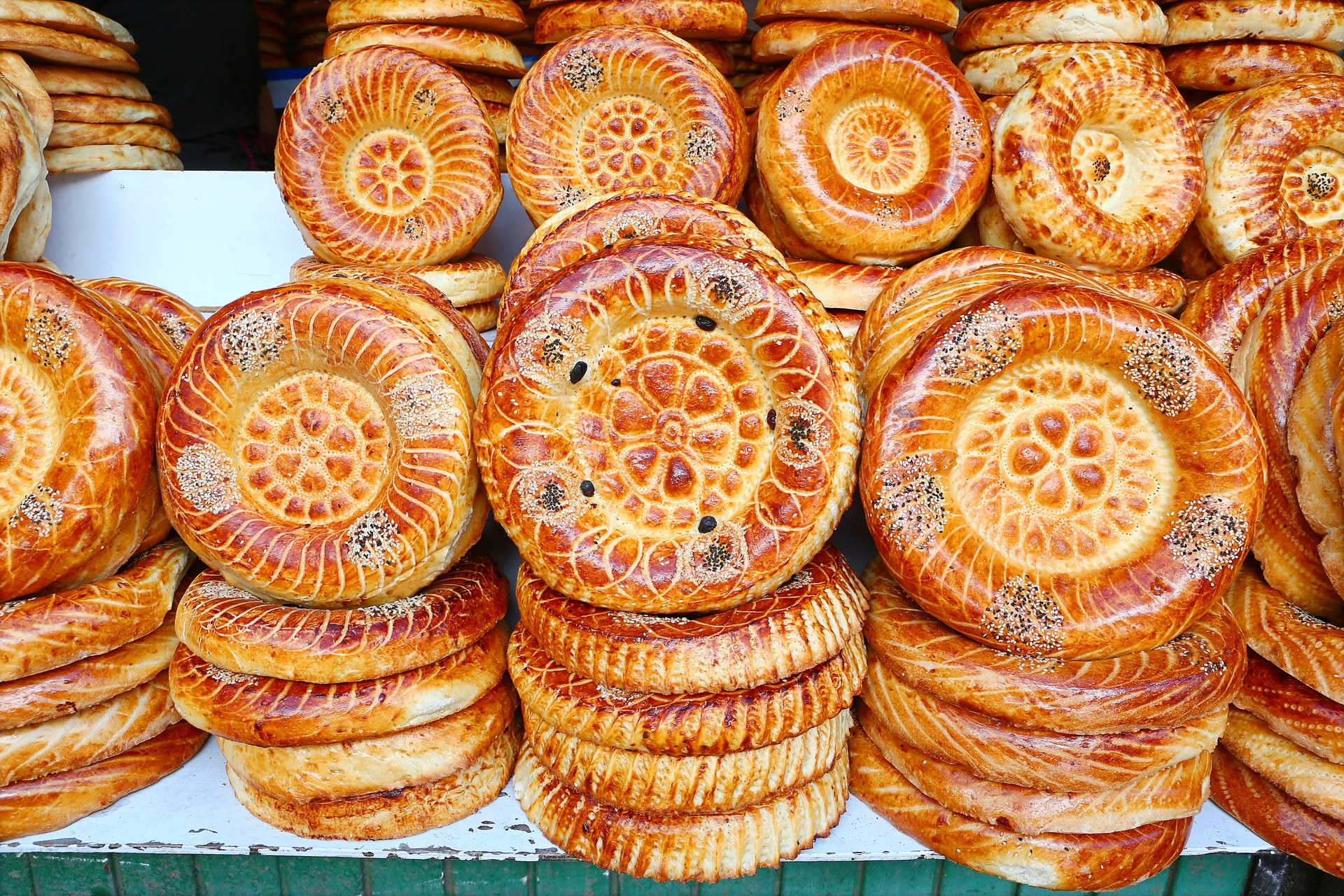 If you want to take a closer look at the food of the region (or even try to recreate it for yourself) we highly recommend Samarkand, a collection of recipes and travel essays by Caroline Eden and Eleanor Ford.

If you would like to explore the wonders of Central Asia, then don't hesitate to get in touch with our local experts who can plan your perfect bespoke trip. To speak to someone in the TravelLocal office, please call +44 (0) 117 325 7898. 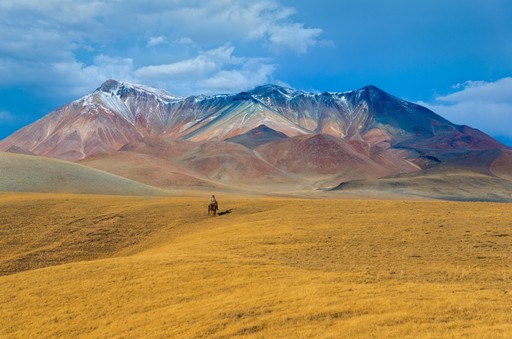 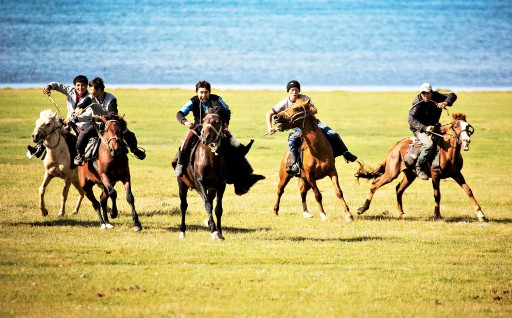 Comments on Travelling in Central Asia