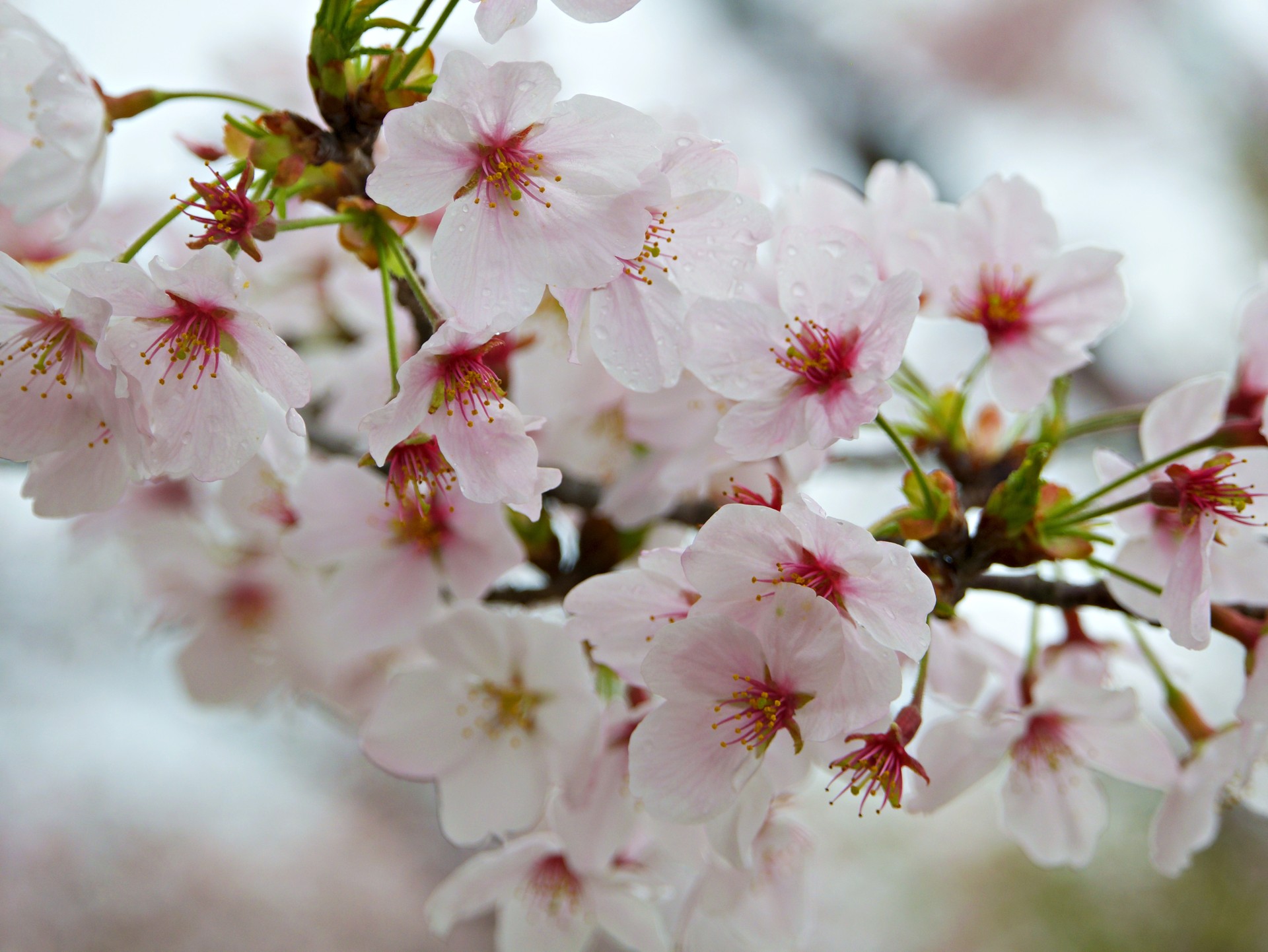 Japan is a country of aesthetics - visualise a white and gold koi fish, a meticulous plate of sushi or a stunningly painted geisha and you’ll get the idea. But the romantic cherry blossom, or ‘sakura’ as the Japanese call it, is perhaps one of Japan’s most iconic symbols. Its mythical connotations of impermanence and the passing of time means the sakura arrival is much anticipated in Japan. 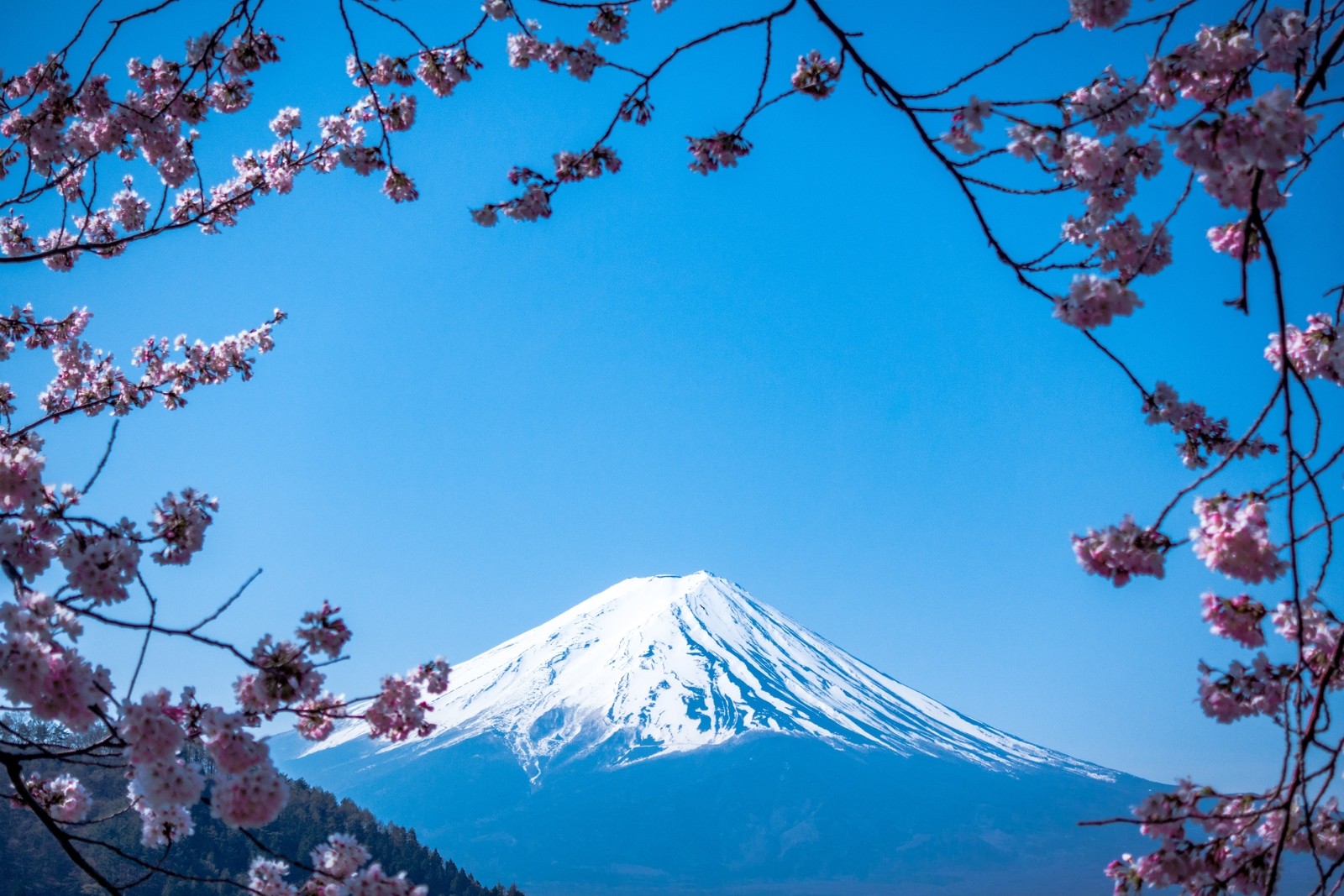 As it blooms from south to north (starting in Southern Okinawa in March and travelling up the country until it finally emerges in Hokkaido in late April), the buildup of excitement is only encouraged by ‘sakura forecasts’ on television and the national countdown to ‘hanami’ (flower-viewing) festivals, where people lay out blankets and hold picnic parties beneath the flowering trees. 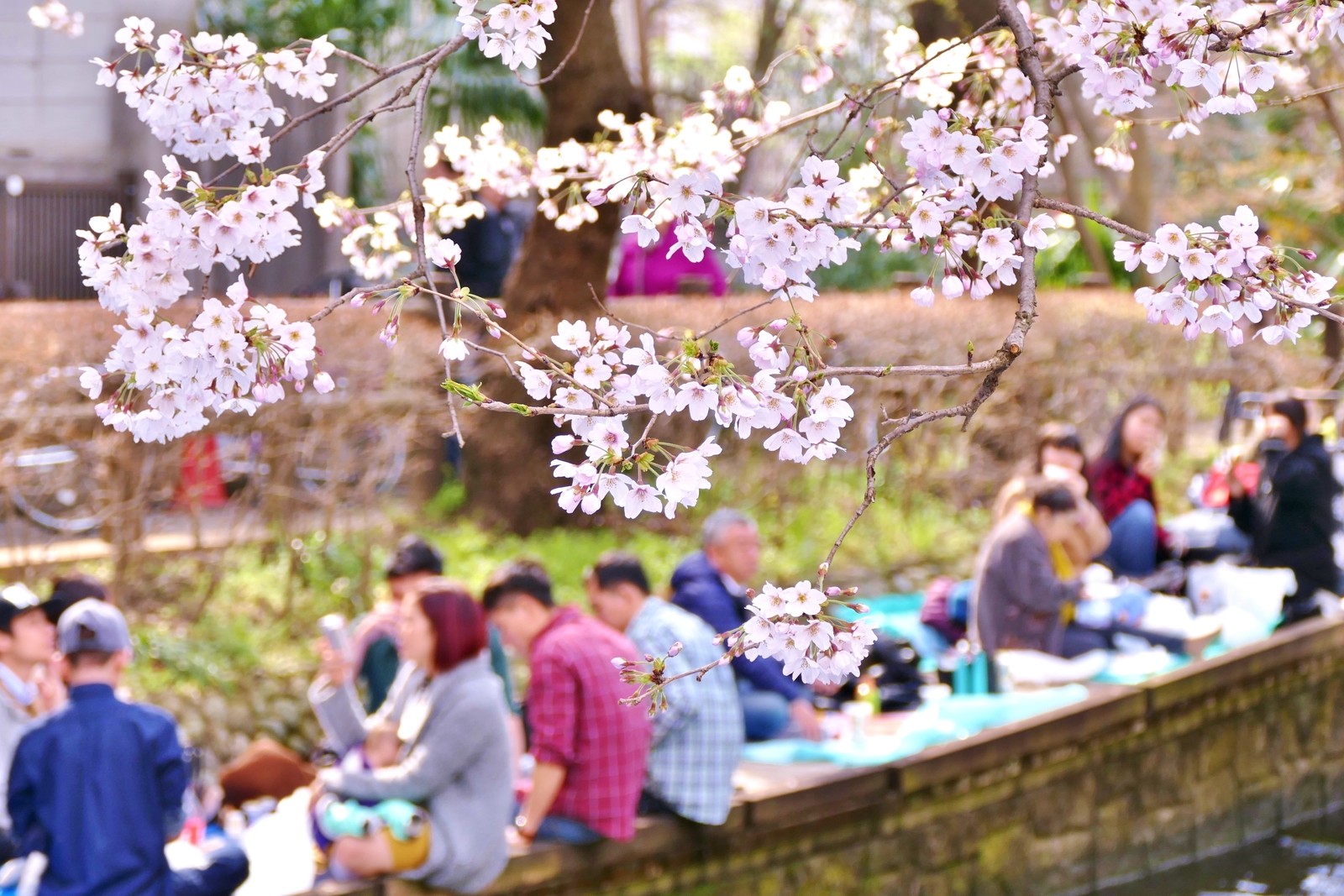 Unsurprisingly the annual burst of sakura from March to May marks peak season in Japan - it can get crowded and accommodation books up fast. It’s advised to book six months to a year in advance if you want the best chance of organising a trip that is perfect for you - so now is the ideal time to start planning for 2019. 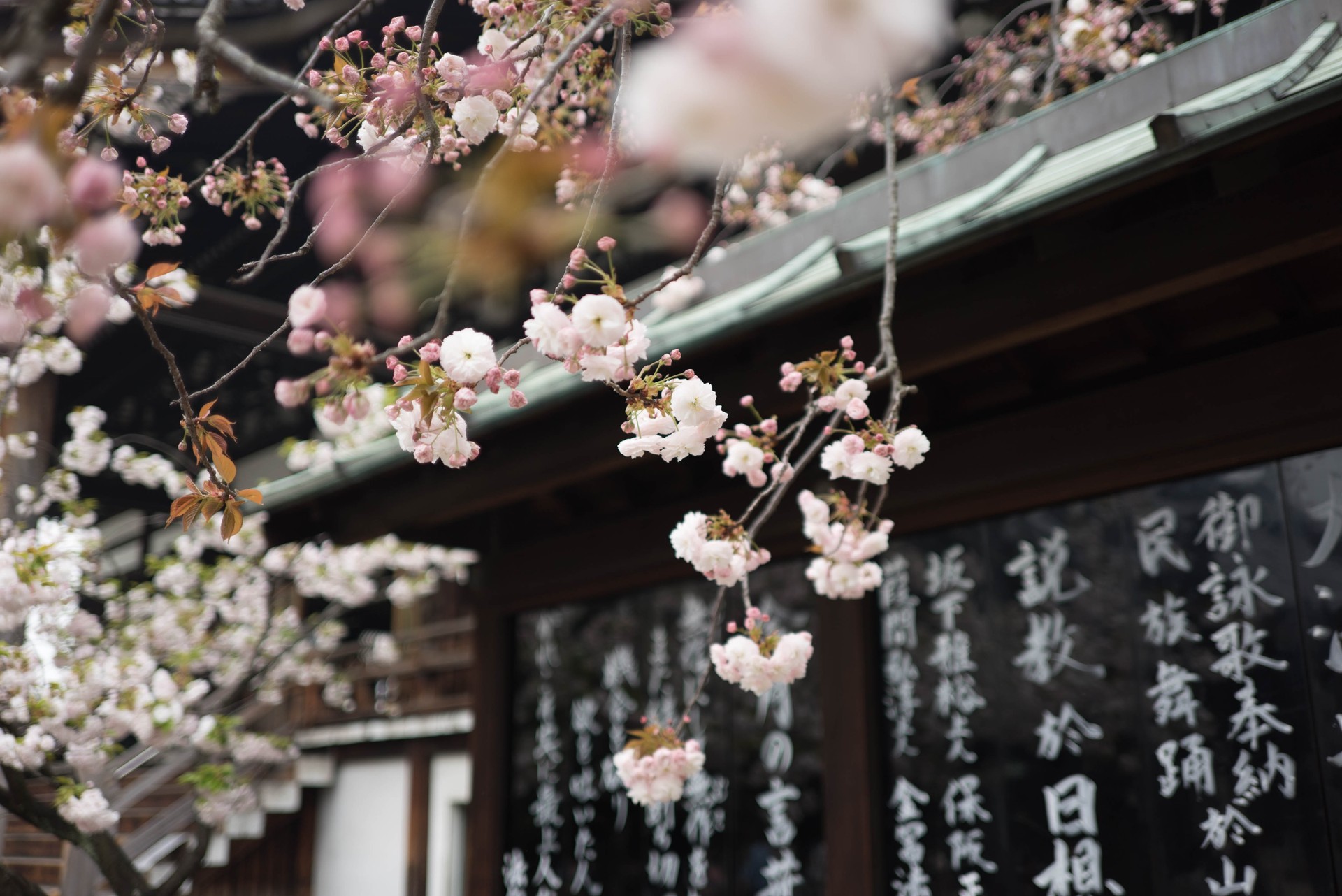 For those of you keen to admire these beautiful powder-pink blooms, both amongst and away from the crowds, here are our top picks for sakura splendour across Japan.

Though amass with attractions and skyscrapers, Tokyo’s balanced scattering of pleasant green spaces means it doesn’t miss out come sakura season. Of course, many of the most alluring spots attract thick crowds, but this doesn’t make them unworthy of a visit.

There are some spectacular flowers decorating Imperial Palace Gardens in the centre, and nearby you can take a boat to drift under a sky of soft pink at Chidorigafuchi Moat. This lake is bordered by Chidorigafuchi Pedestrian Path - a 700 metre walkway shrouded by the blooms of 260 blossom trees which reflect in the water. Unsurprisingly this spot is often considered unmissable, so expect it to be busy with significant queues.

Elsewhere in Tokyo, the blossoms of Sumida Park, in the eastern district of Asakusa, cast cloud-like reflections in the Sumida River; while central Ueno Park is an unbeatable spot for the famously high-spirited hanami parties. Locals and visitors alike recline and socialise beneath the snowy canopy of the blossom, to celebrate its mystical transience. For glowing flowers, the stylish district of Naka Meguro is particularly stunning at night, when the throngs of cherry blossom trees are illuminated and lanterns line the river banks.

For a more serene viewing experience, there are many lesser-known spots sprinkled across the city; it takes a bit of independent exploration to find them, helped with a few local tip-offs. The historic Aoyama Cemetery, as well as being host to a number of atmospheric Meiji era tomb stones, makes for a gorgeous alternative hanami spot attracting mostly locals. Enjoy an expanse of greenery bordered by lush forest at Kinuta Park in Setagaya, where local families and children relax and play ball games under three exquisite varieties of blossom - Someiyoshino, Yamazakura and Yaezakura. These trees bloom at different times meaning the sakura period lasts a little longer at Kinuta.

The same applies at Shinjuku Gyoen, a sprawling garden complex whose multiple blossom varieties burst into colour earlier and later in the season, giving you a better chance of catching sight of them. The amalgamation of traditional French, English and Japanese gardens are a joy to walk through. If you happen to be travelling out of season, the fiery colours of the autumn in Shinjuku are also something to behold.

Scenic bursts of colour over Kyoto’s ornate gardens, temples and hidden parks will satisfy all hanami enthusiasts. However there are some winning spots in the city which lure particularly high numbers of revellers year after year.

Known as the main centre for blossom-viewing in Kyoto, Maruyama-Koen Park, with its  huge, 70-year-old sakura tree weeping over the pond is incredibly popular, and beautiful when lit up at night. It is also the location for some fun-filled hanami parties set at low tables. Elsewhere Ninna-ji Temple, one of Kyoto’s most honoured temples, is renowned for its collection of locally cultivated Omuro cherry trees which grow low to the ground.

In gorgeous Gion, Shimbashi District is an exquisite street to photograph, offset with soft blossoms and the chance of the occasional geisha wandering through. Finally, why not join the many visitors who follow the footsteps of Nishida Kitaro down Philosopher’s Path? The well-known Japanese philosopher used to walk the picturesque two-kilometre stretch - lined with hundreds of cherry trees - on his daily commutes to university, giving the charming walkway its name. 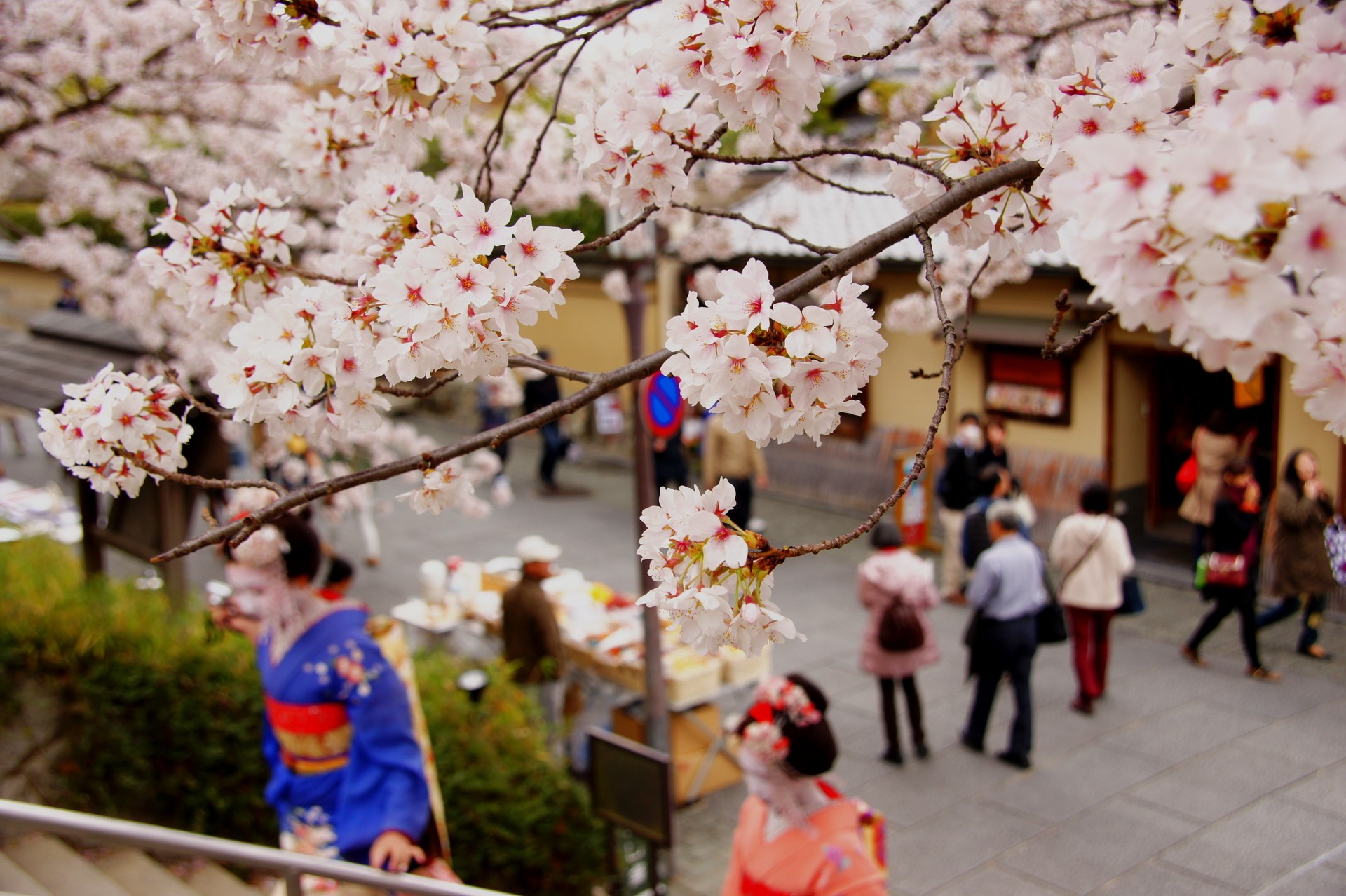 There are clouds of sakura all over Kyoto, surrounding parks, temples and riversides. Again a bit of exploration will reveal hidden areas away from the crowds where you can slow down and admire the flowers at a more leisurely pace. One such place is Shouiji Temple, which, located slightly outside of the city centre, sees a lower number of visitors. The many cherry trees here were planted hundreds of years ago by a renowned priest, while inside the hall is an array of Buddha statues.

Another temple worth exploring is the revered Kamigamo, whose red-lacquered torii gates look fantastic with fringes of pink blooms - venture just outside the downtown core for the best sakura in the forested gardens. In central Kyoto the Kamagawa River, though popular, is big enough to get some space among the cherry trees. There are beautiful floral bursts in the river’s northern stretches which offers the ideal chance to stroll, run or cycle in scenic surroundings.

Japan’s scenery, from ancient Edo period alleyways to mystical mountainside temples, is breathtaking year-round - but particularly atmospheric in blossom season. Mt. Yoshino near Nara is the most famous location in all of Japan for cherry blossom. The sweeping views of its forested slopes are accented with the pink clouds of around 30,000 ancient cherry trees. Get up early, or even stay overnight on the mountain to dodge the midday crowds.

Hirosaki Castle in the north of Japan is another of its most magnificent blossom spots, again with the visitor numbers to prove it. To choose alternatives, remember sakura is almost guaranteed at any castle in Japan, as cherry trees were formerly planted exclusively for Japanese nobility. Kanazawa Castle, Himeji Castle and Matsumoto Castle are all excellent contenders.

The city of Osaka is another golden ticket to hanami - with the sprawling trees of Kema Sakuranomiya Park reaching along the Okawa river; the tunnels of blossom in Suita’s Expo 70 Commemorative Park - and the Osaka Mint Bureau, which opens its extensive gardens to the public for one week during blossom season. The ancient capital of Nara; Miyajima’s seaside torii gates and Okayama’s Asahi River are other notable, pink-dusted destinations which can be included on a tour.

Cherry blossom season (March - May) often gets booked up very early, but if you have to travel at other times you won’t miss out. In fact, sakura comes when the rest of the country is quite wintry, and the timing of its bloom is widely unpredictable. Alternatively the months of May, June and July bring fine weather and offer the perfect time to see Japan’s gardens with lush grass offset by colourful wisteria and hydrangea. Autumn is also a stunning season, with golden orange hues roaring through the country during the months of September, October and November.

To have the most freedom in planning a bespoke Japan trip over blossom season, aim to book six months to a year in advance. Our partners based in Kyoto can organise a fantastic trip for you that visits most of the best spots - as well as offering their local expertise. Send an enquiry for more information. To speak to someone in the TravelLocal office, call +44 (0)117 325 7898. 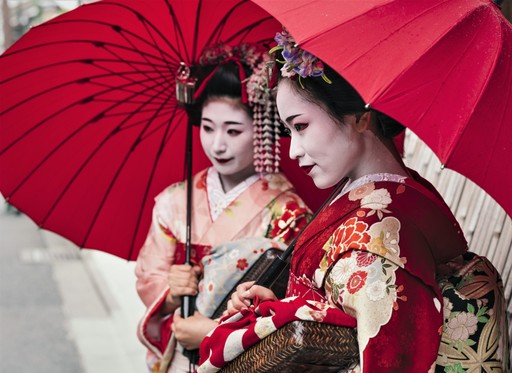 Comments on Blooming beautiful: the cherry blossom of Japan