You don't have to be in Vietnam for long to appreciate the long shadow cast by the American War - known to us in the west as the Vietnamese war. What is perhaps not so immediately obvious is quite how a nation as poorly equipped and resourced as Vietnam was able to defeat the might of the US. A visit to the Cu Chi tunnels provides a clear and compelling explanation - the sheer resilience, resourcefulness and determination of the Vietnamese people. 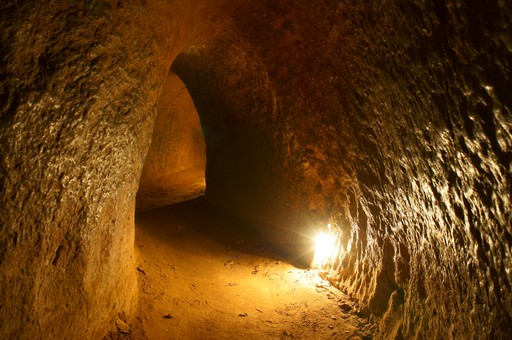 The tunnels were built from the 1950s onwards in the hard clay of the area, initially as a way of avoiding French army patrols. As the war for independence progressed though, they developed into a network of tunnels and underground rooms over 250 km long. They enabled the Viet Cong [communists] to survive American carpet bombing and napalm attacks, launch surprise attacks against American patrols, and dominate the countryside- and all only 30km away from the American backed South Vietnamese capital of Saigon. At one point the US army unknowingly built a large base camp right on top of a tunnel network. 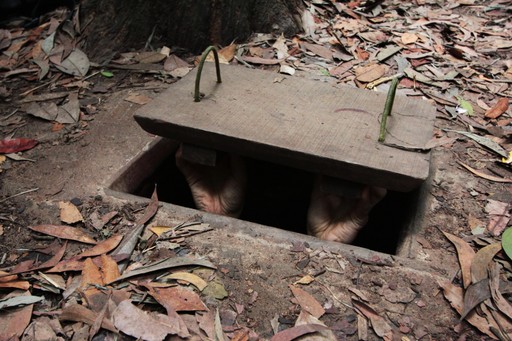 Visiting the tunnels, the overwhelming impression is one of incredible hardship - you wonder quite how people managed to survive down there, days at a time, let alone conduct a war. The tunnels are popular with visitors - but nevertheless are an interesting relic of the war well worth seeing. They can be visited in a half day trip from Saigon/Ho Chi Minh City.