When you think of High-Speed railways and bullet trains, Japan comes to mind. However, China is rapidly catching up, and recently opened the longest High-Speed rail line in the world, linking northerly Beijing with the southern city of Guangzhou (formerly Canton). The 1,336 mile journey is completed in eight hours. To give that some context, that's the equivalent of taking a train from London to Naples in the south of Italy... in eight hours. 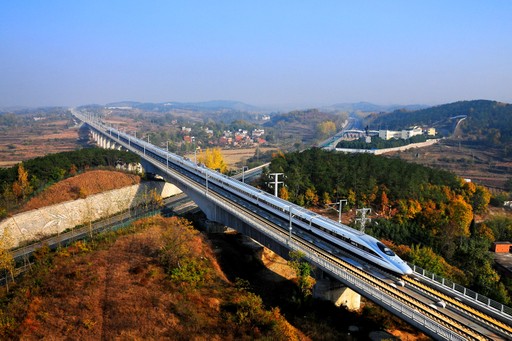 High-Speed bullet trains now link Beijing and Shanghai, Beijing and Xian (for the Terracotta Army), as well as numerous other sites of interest. Whereas previously a trip to China necessarily involved some domestic flights, it is now possible to circumnavigate the country entirely by High-Speed train - no overnight journeys.

Update: Since we wrote this last year things have changed...high speed lines in China have continued to be built at breakneck speed. Just before Christmas, the city of Guilin became the latest destination to be plumbed into the network!

Guilin is famous for its limestone karst scenery - an eerie, evocative landscape that has fascinated travellers for generations. The area is more laid back and less developed than other destinations in China, making for a pleasant contrast to the bigger cities of Beijing and Xian.

Check out our China country page for more information on the country. All trips offered by our local travel companies are entirely bespoke to you and can be tweaked and changed to match your preferences. To speak to someone in the TravelLocal office, call +44 (0) 117 325 7898.