Between Continents and Cultures: Introducing Panama

Weaving through the dense undergrowth of a Central American rainforest: towering trees, the bustling chorus of bird and bug. Within 30 steps you stand amidst a jungle of concrete: towering skyscrapers and the ceaseless hum of Panama’s capital city. Perhaps there is no other country where worlds ancient and new live alongside one another so harmoniously. 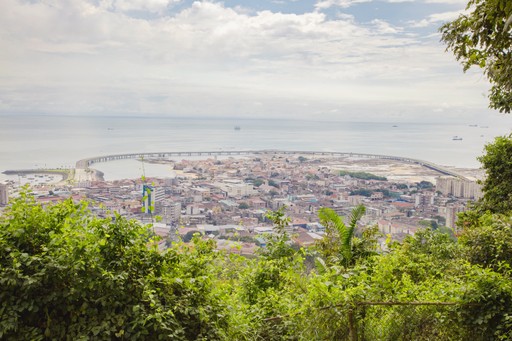 his bridging of two worlds is what lies at the heart of Panama’s culture, and to visit this rich and vibrant nation is to enjoy the blurring between seemingly distant and incompatible ways of life. Within its capital, Panama City, a vast and diverse national park can be found just a stone’s throw away from the centre. In contrast, amongst Panama’s verdant mountain forests lie pockets of civilisation.

Boquete is a town nestled in the mountains of Panama’s most westerly province of Chiriquí. This small town is the perfect gateway to seeing the natural splendour that Panama has to offer. Following the Los Quetzales trail out of Boquete into serene mountain rainforest, you discover one of the best places in the world to observe wild birds (of which over 1000 species call home). Snaking between trees and climbing mountain ridges, the trail takes you through remote parts of the country, abuzz with birdsong. At the same time, you can enjoy the fragrant flavour of some of the world’s finest and rarest coffee – Boquete’s coffee beans have been known to sell for 140USD a pound, thanks to the richness of the volcanic soil in which the beans grow.

Boquete lays in the foothills of the highest peak in Panama: The Barú Volcano. With an 11,398-foot climb and near freezing temperatures awaiting you upon reaching the summit, scaling Barú may seem a daunting task to undertake. But those brave enough to climb Barú’s slopes will be rewarded with something extraordinary – a panoramic view spanning the entire width of Panama, the only place in the world where you can watch the Sun rise over the Pacific Ocean, and set behind the Atlantic Ocean.

From Barú’s summit, the beaches of Panama may appear as nothing more than thin ribbons of white between two great swathes of green and blue, but stood upon its shores, it’s beaches offer opportunity to immerse yourself in the culture of one of Panama’s indigenous people: The Kuna Indians. 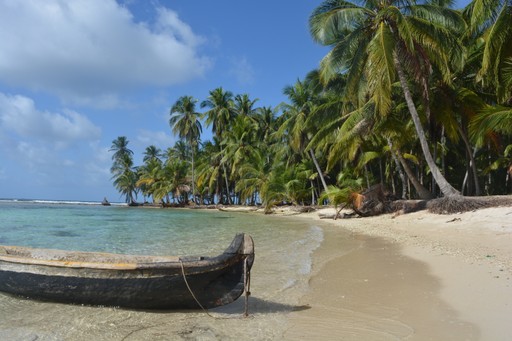 Take a boat east from Golfo De San Blas and you will find yourself among the idyllic sandy beaches of the San Blas Islands. Of the 378 islands, the Kuna people inhabit the islands Aguja, Guanidup, Chichimei, Yandup and El Provenir, known as the Kuna Yala. What truly makes the Kuna Yala a unique destination is the political autonomy of its people – its cultures and customs have remained a tapestry rich with tradition, relatively untouched by the laws of the Panamanian government. The Kuna Indians maintain control over their own way of life, as well as tourism to the area.

To visit Kuna Yala is to truly experience life as the Kuna people live it. Striking a harmonious balance with the islands they inhabit is fundamental to their ethos and tradition, one which visitors are encouraged to explore. Peppered along the coasts of these islands are eco-lodges, micro-havens of peace away from the hustle and bustle of modernity and technology, where the only connection you reach is one with the natural world.

Also in San Blas is Dog Island – but don’t expect to find any canines here. Instead, crystal clear waters make it an ideal place to experience its variety of marine life. Its depths hold many secrets and surprises, including long-forgotten shipwrecks, making it a spectacular spot for snorkelling. Visit these waters during a New Moon and increase your chances of witnessing bioluminescence – tiny lights dancing in the water generated by plankton and small squid, a dazzling sight to behold.

Returning to the coast and a short car ride inland and you are back in Panama City, amidst the hurried cars and people, or Geoffroy’s Tamarin monkeys and tree frogs, depending on where you’re stood.

Panama is a nation that thrives in the in-between, be it continents, oceans, cultures or ecosystems. It is easy to assume that human settlement must comes at a cost to environment and ecosystem, but to explore Panama’s rich and vibrant culture is to see first hand that the two can thrive through co-existence.

If you wish to see Panama's incredible scenery, opulent biodiversity and thriving culture for yourself, why not submit an enquiry to our fantastic local experts?