Thailand can boast an ancient and multifaceted culture which is as intriguing as it is appealing. What better way to get to know aspects of this culture than by participating in one of the many colourful festivals that pepper the Thai calendar? From daring feats involving swords and hot coals to reverential ceremonies to honour the king, there are numerous events taking place annually across this beautiful country. All of which bring local culture to life and will make your trip all the more memorable. We have picked five of the best Thai festivals for our article, all of which come highly recommended by our trusted local experts, and all very different. Which one sounds most like your cup of tea? 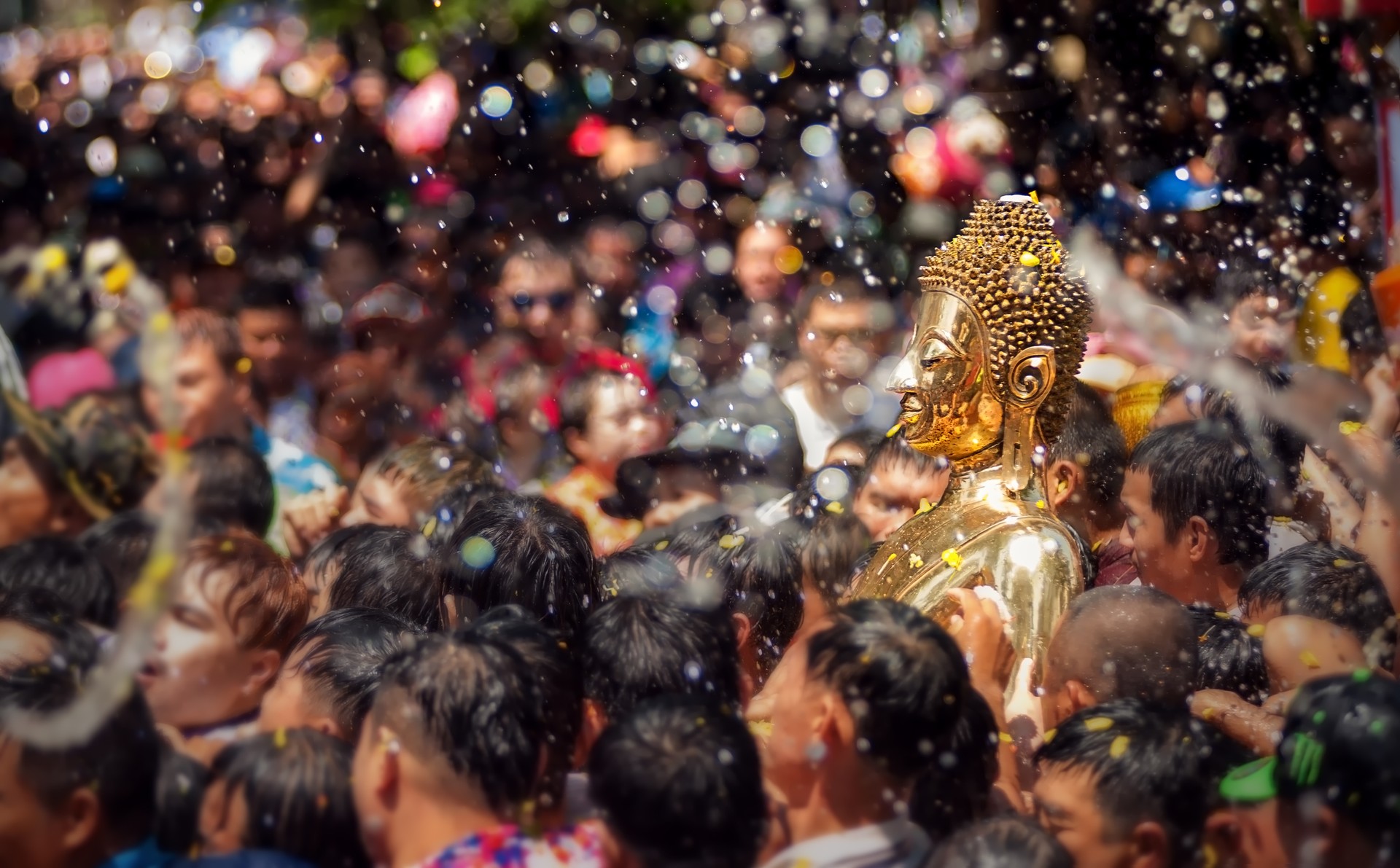 The best known festival in Thailand is also its wildest! A three day Buddhist celebration of water marking the start of Thailand’s new year takes place nationwide, with the biggest festivities in cities such as Bangkok and Chiang Mai. Many Thai locals will return to their hometowns for the annual festival because it’s traditional to celebrate Songkran with family. 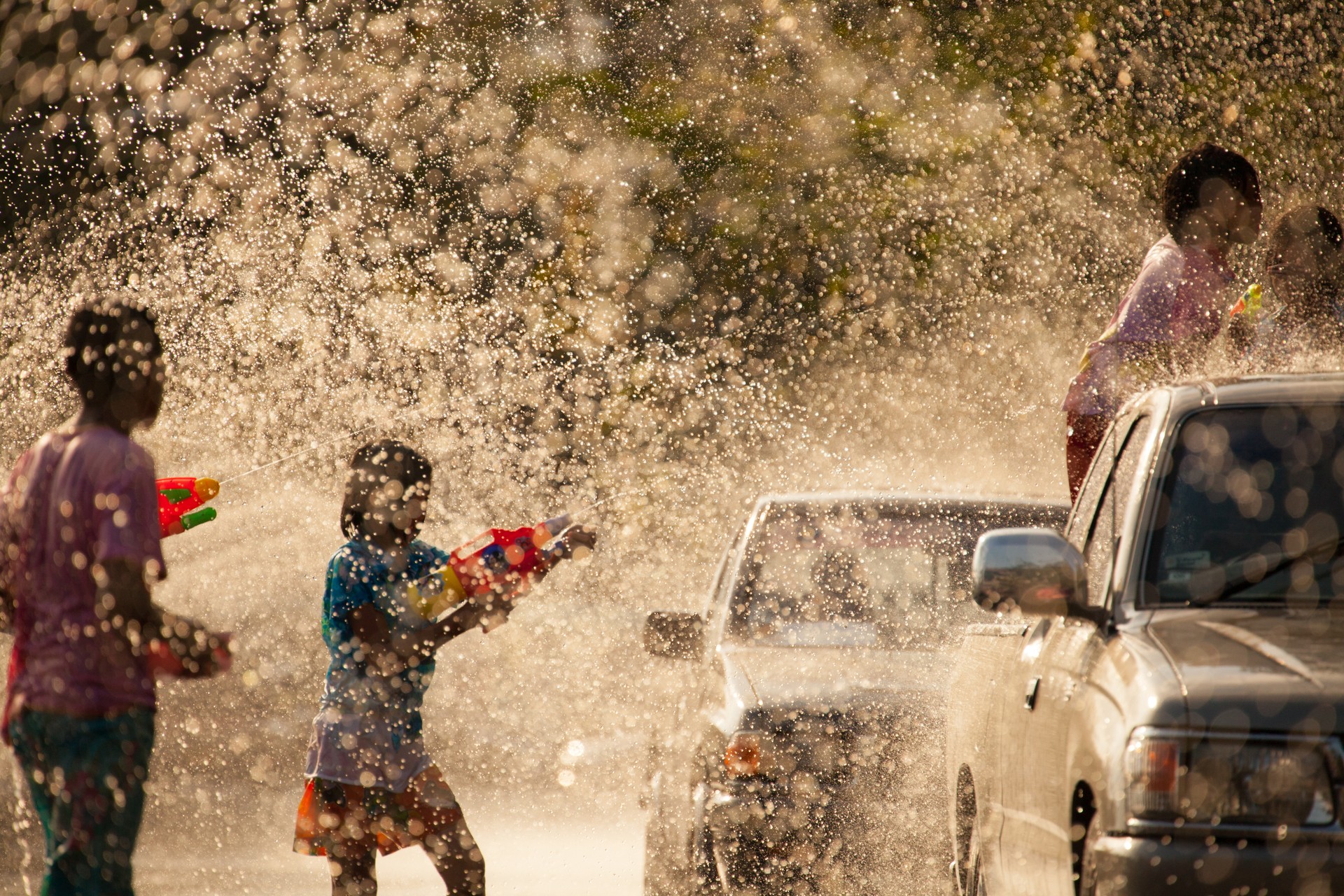 Festivities and traditions associated with Songkran have evolved over time, and began with ritual bathing of Buddha statues, but now one of the most visible and exuberant mainstays is a huge water fight during which everyone involved gets completely soaked. Armed with giant water pistols and buckets, water is thrown around with abandon, and there are often vehicles spraying water over the crowds as well. Songkran takes place from 13th to 15th April each year, it's a hot time of year so the festival is the ultimate fun way to cool off while immersing yourself in local culture and traditions. 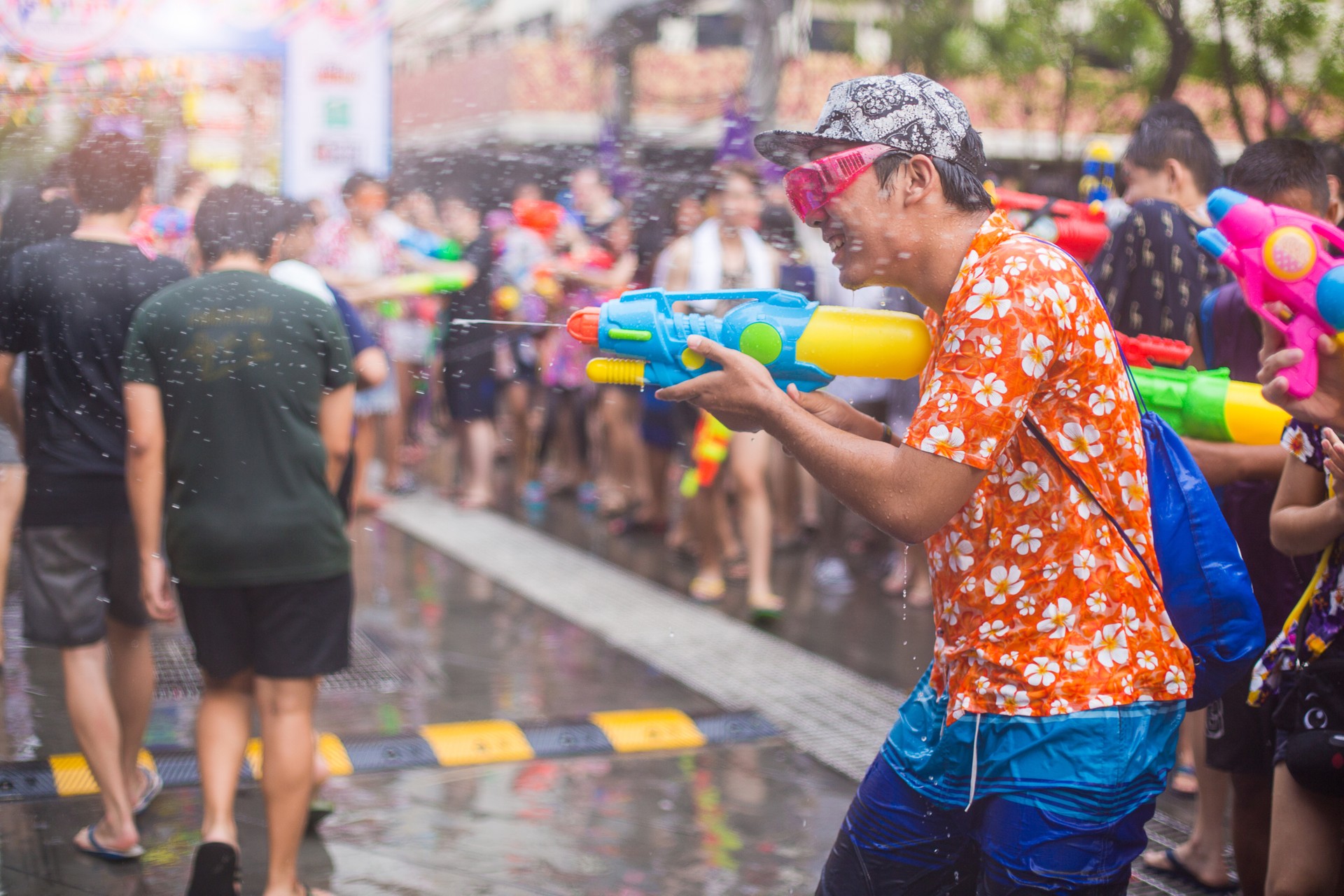 Yi Peng is a wonderful, romantic festival in Chiang Mai which is mesmerisingly beautiful as thousands of lanterns light up the night sky. The festivities take place on or around the full moon of the 12th lunar month, so normally falling in November. The date for 2020 is the 1st November; in 2021 it will fall on 19th November; and 2022 on 27th November, so if you want to see the iconic lanterns for yourself, plan your trip around these dates, though precise dates of the festival can be subject to slight changes as the authorities have to make final decisions on which two nights the sky lanterns can be released. 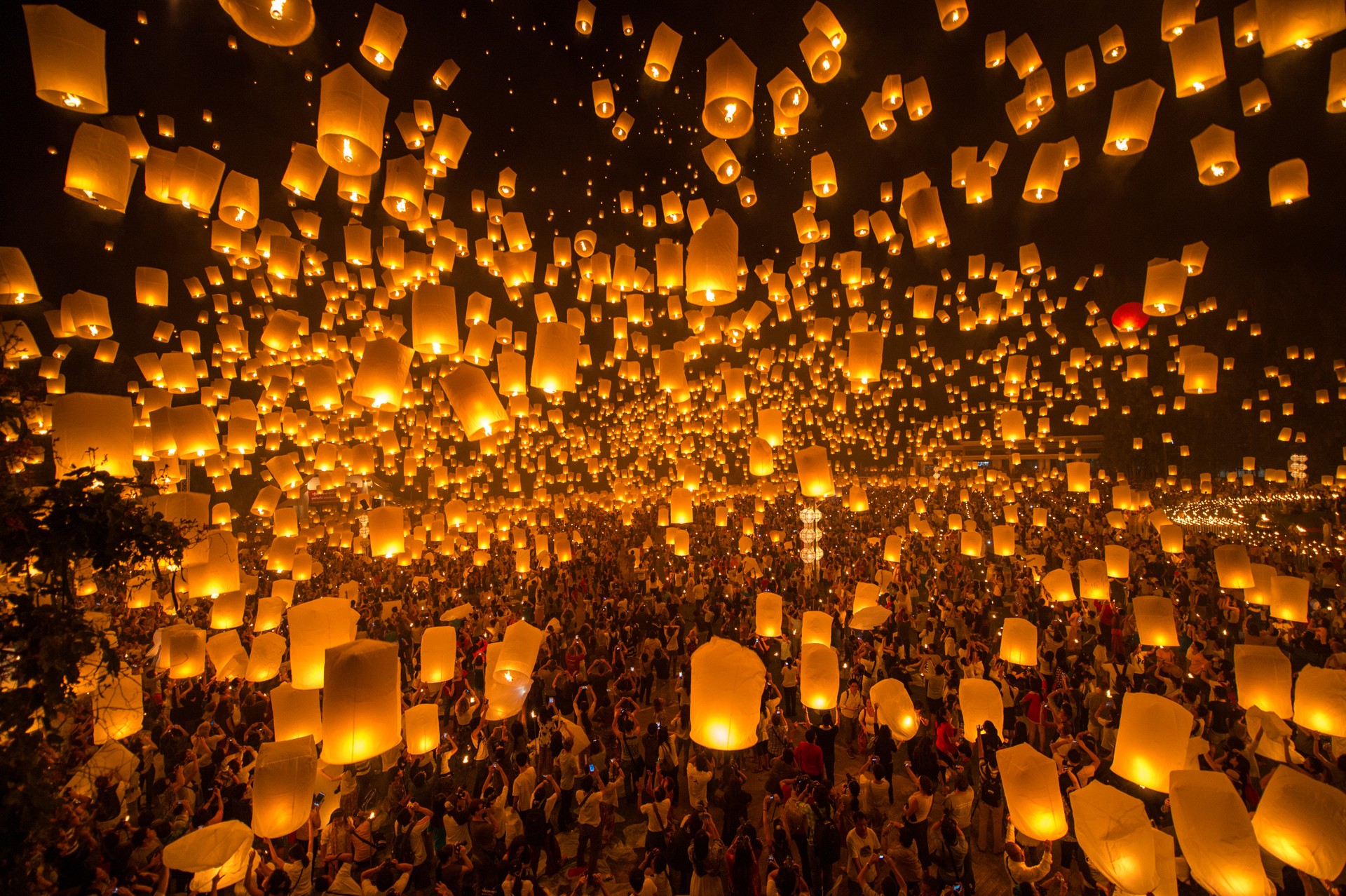 Yi Peng festival originates with the Lanna people of northern Thailand, and the festivities have traditionally centred around Chiang Mai, where today you will still find the most authentic and traditional sky lantern events. It is an unbelievably beautiful occasion where the sky all around is filled with floating lanterns, and candles are floated on the river, too. You can join an organised event for a fee, or join the locals at temples and in the streets for free. 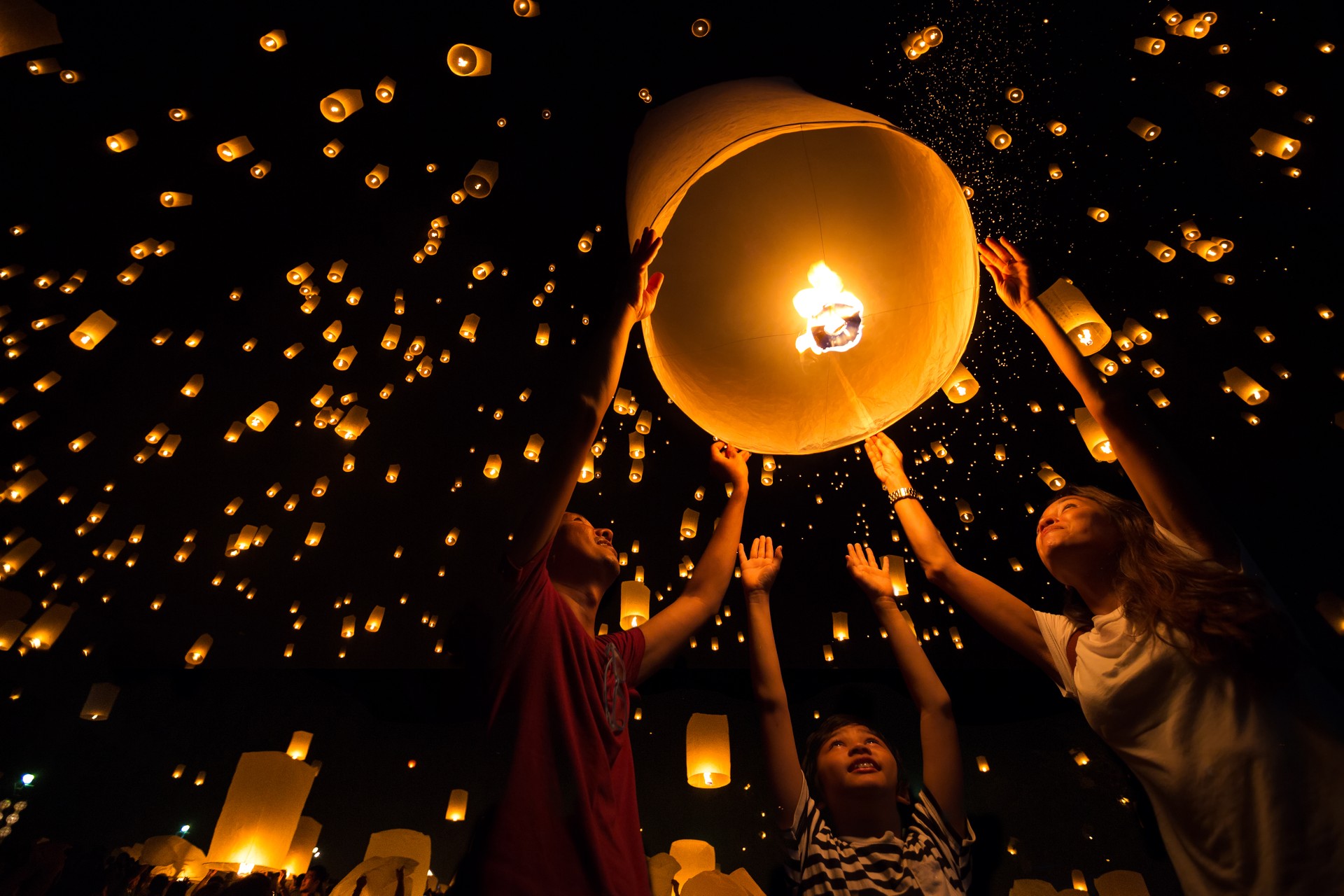 Also known as the Nine Emperor Gods Festival, the Vegetarian Festival held on the island of Phuket every September or October is an exciting cultural event involving some daring and relatively extreme  methods of celebration. The festival is held in honour of the Chinese tradition of abstinence during the ninth lunar month, when meat is not eaten, alcohol is not drunk and a month of living free of vices is undertaken in order to cleanse the body and spirit. 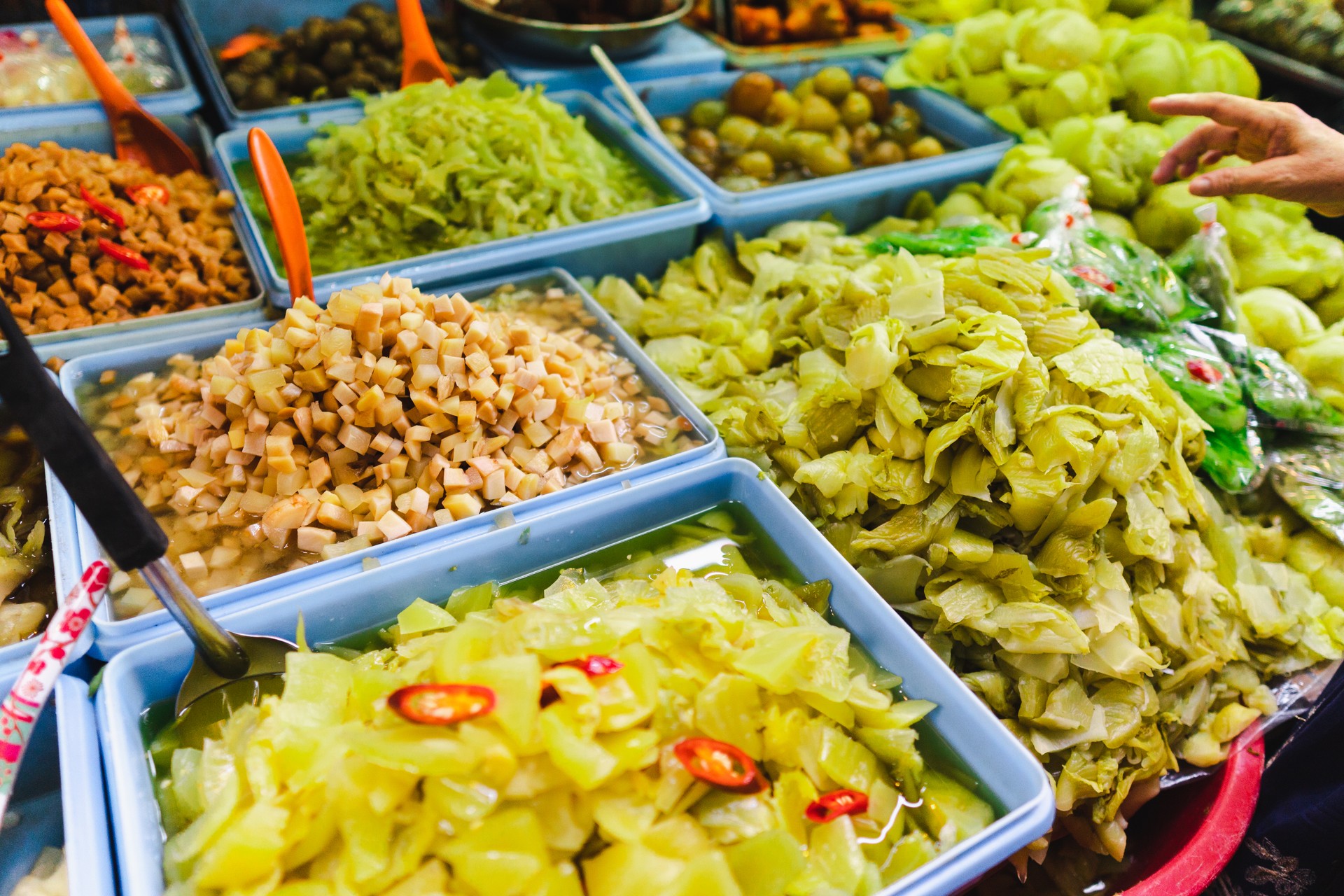 As part of the festivities, local people perform ever more dramatic feats of daring in order to invoke the gods - some are pretty difficult to watch if you are of a squeamish disposition. Cheeks are pierced with daggers and swords, the more the merrier, while feet are toasted by participants walking on hot coals or sliced by those choosing to climb the ladder of swords. Many people reach a trance like state before they carry out the gruesome tasks. It might seem like a bit of an afterthought after all that drama, but the vegetarian dishes on offer throughout the festival are very good, too. 2020 dates are 16th to 25th October. 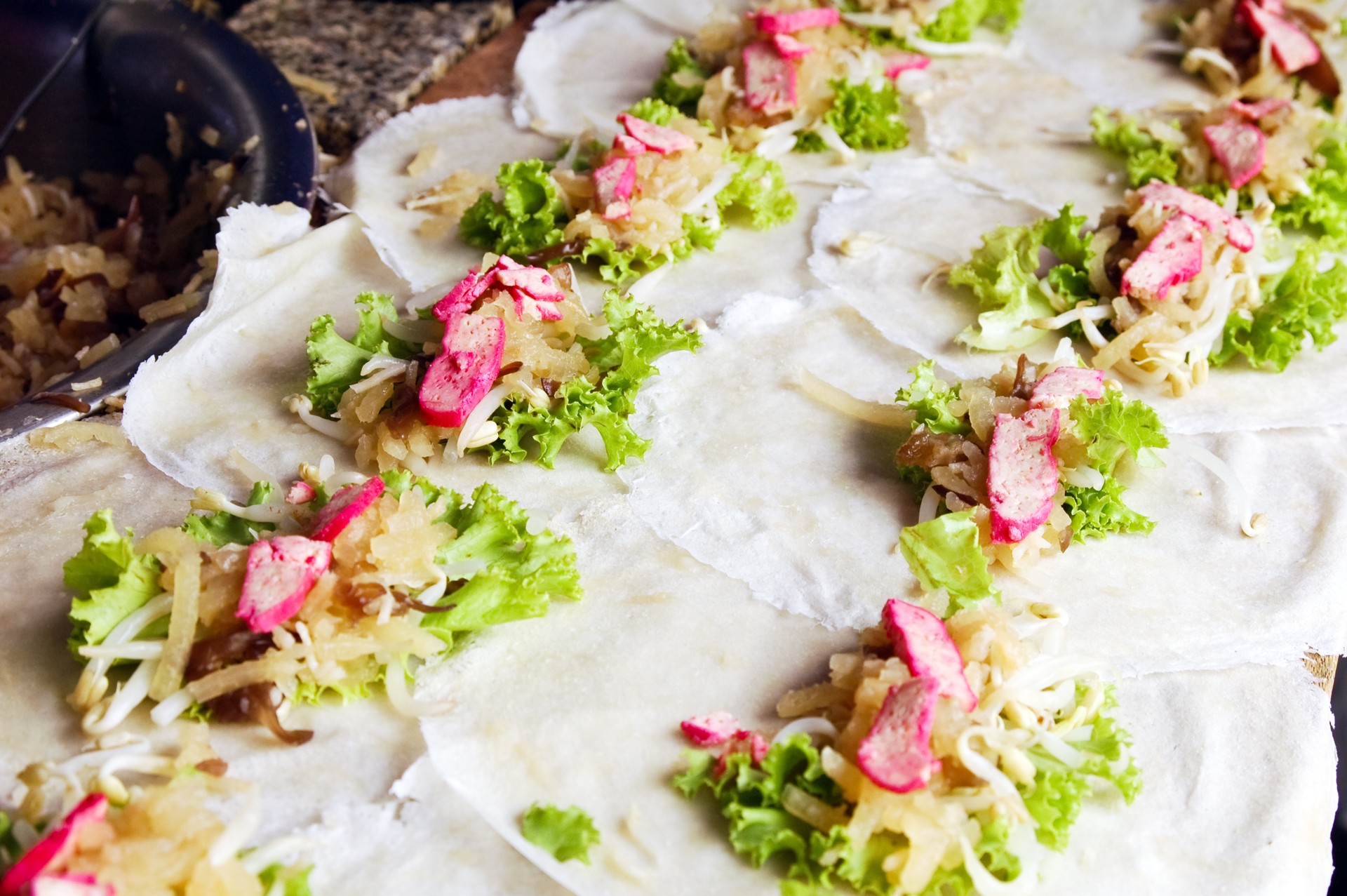 While the previous Thai monarch, King Bhumibol, was alive, events to honour his majesty's birthday took place on 5th December each year. He sadly passed away in October 2016 following a 70 year rule, leaving Thailand in a state of mourning for their beloved King Bhumibol. When his son, King Maha Vajiralongkorn assumed the throne, the King's birthday festivities had to be moved to the new monarch's date and so from 2017 the event takes place on July 28th. In order to show enduring love and respect for the longest serving Thai monarch, December 5th has now been re-purposed as father's day in Thailand. 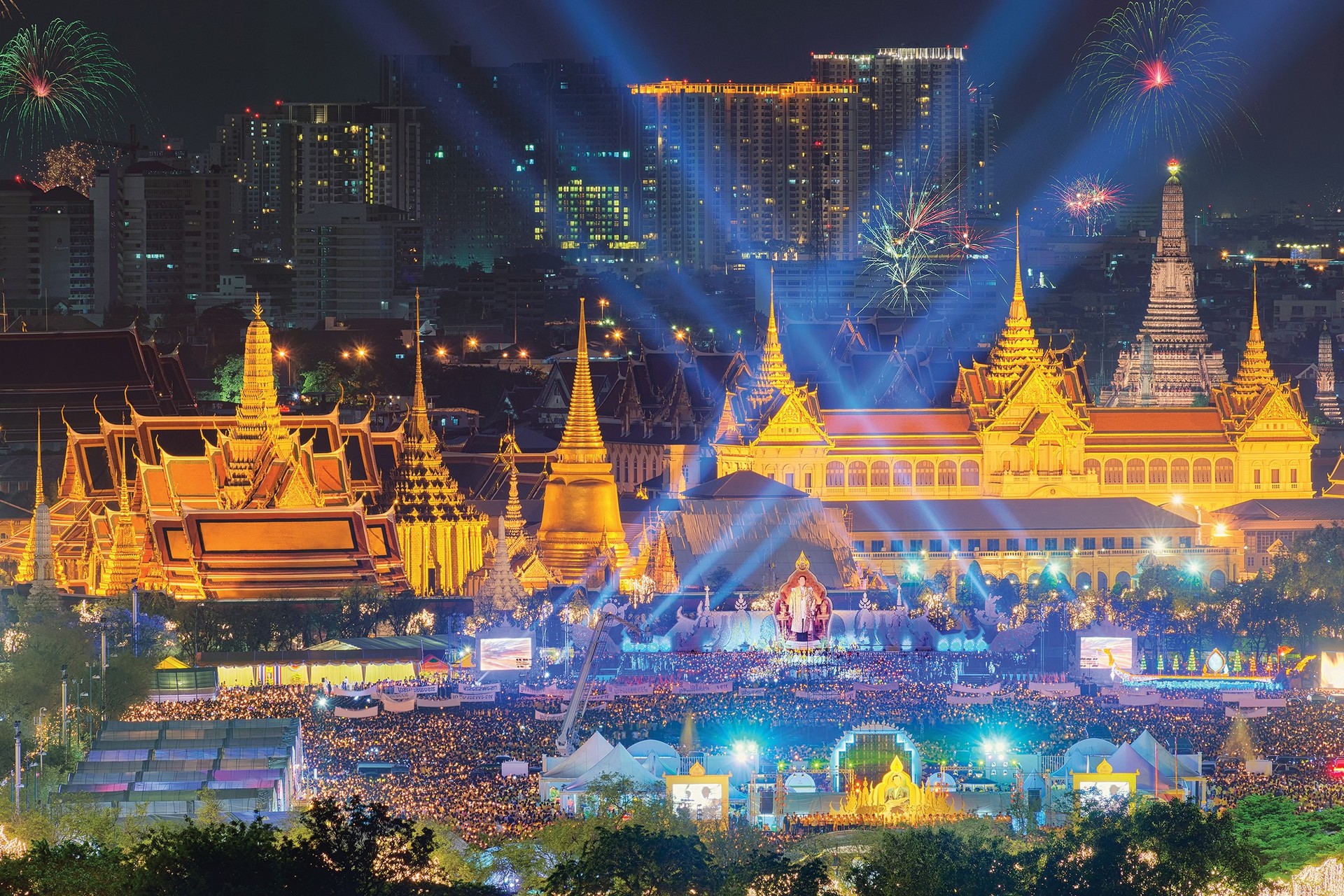 Unlike Songkran, which is a celebration full of fun and abandon, the King's Birthday celebrations are a more serious affair. Thais are generally very supportive of their royal family and the festival is an opportunity to demonstrate their strength of devotion to the king and their respect for him. As a visitor to the country it wouldn't be appropriate to treat the King's Birthday like a big party, so do as the Thai people do. Rejoice in the king at ceremonies and concerts held in his honour, or attend special cultural events and markets. Thais will often wear yellow to show their support for the monarchy, or perhaps light a candle to carry, wave a white flag or sing respectful songs. 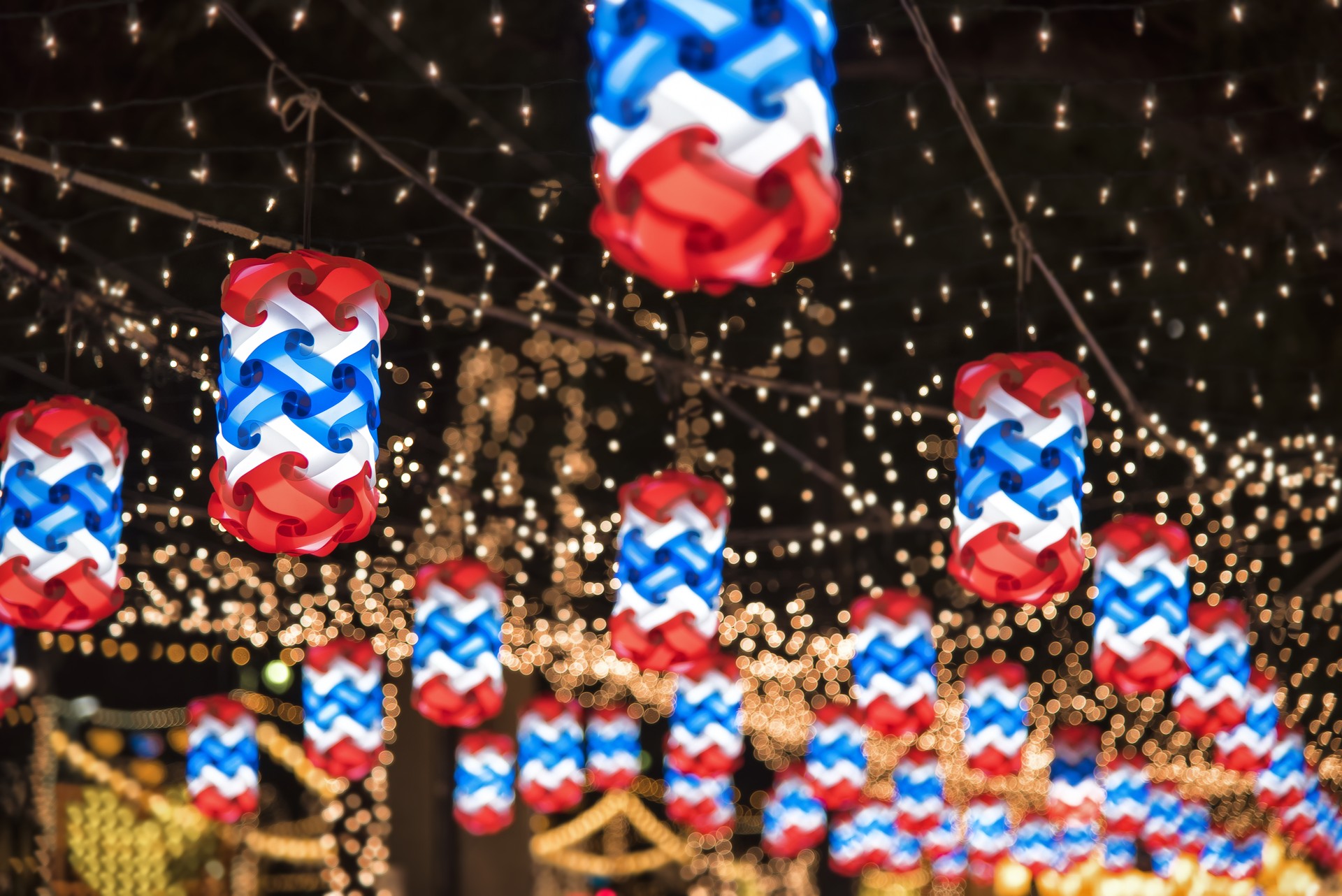 Many months before the official celebrations begin, preparations are underway in the Isaan region of northeast Thailand for the exciting Bun Bang Fai festival which takes place in mid May. Amateur engineers and designers start the lengthy process of building huge home made rockets for the upcoming festival where they will be fired into the sky in their hundreds, watched by many thousands of onlookers. Yasothon is one of the major destinations to head for if you would like to experience the entertaining occasion of Bun Bang Fai for yourself, a centuries-old rocket festival with a real sense of history and local identity. 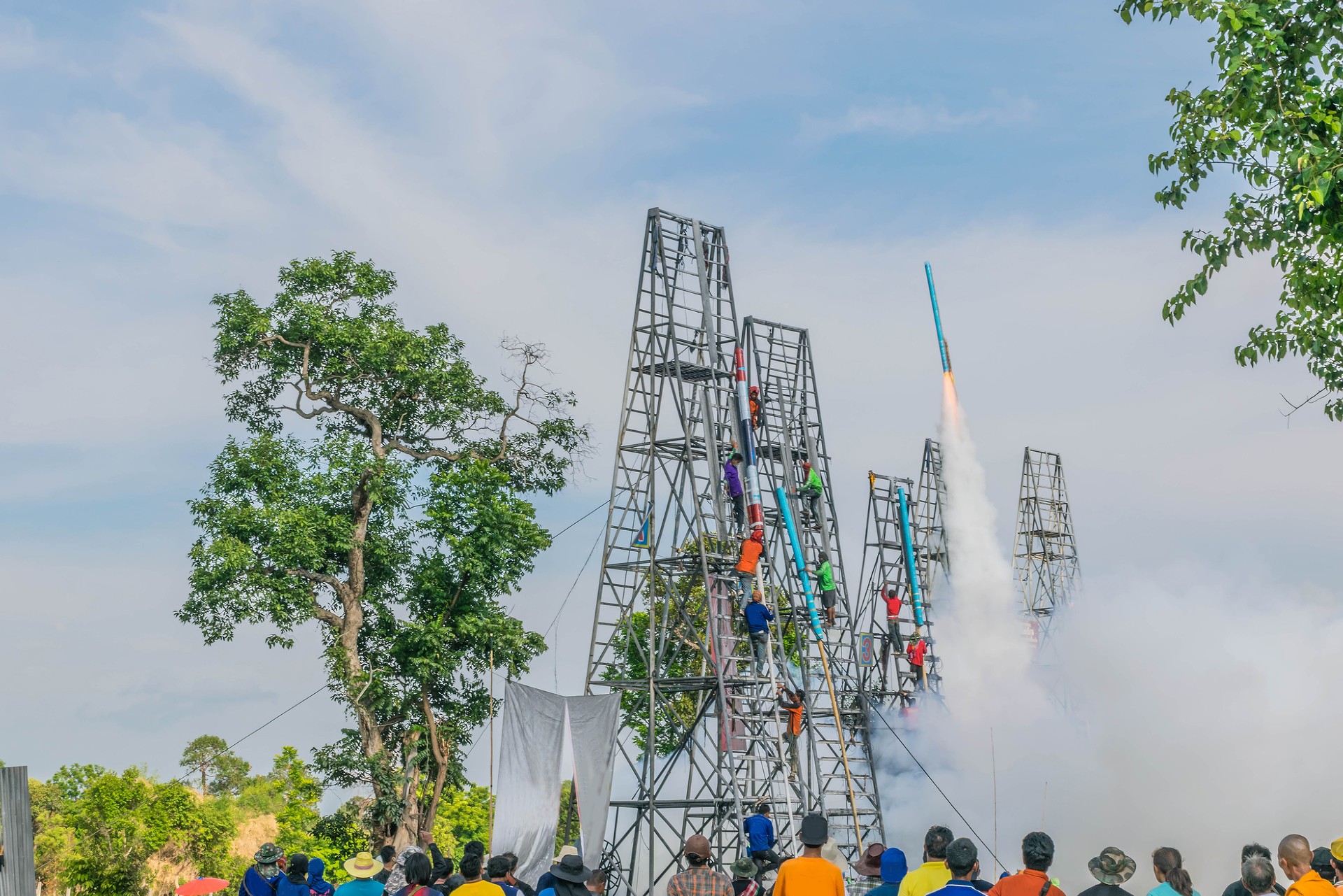 After several weeks of careful planning and assembling, the rockets are ready and the fun starts! The celebrations are held to appease the rain god, Phaya Taen and to bring an auspicious year of fertility both for humans and crops. The higher the rockets fly, the better the coming year will be. Expect parades, beautiful traditional costumes and dances, much merry making, great street food and quite a lot of hilarity and fun. Bets are swiftly made on the best rockets, and prizes are awarded for the finest examples, though if a rocket fails, the builders get a dunking in a big pool of mud. 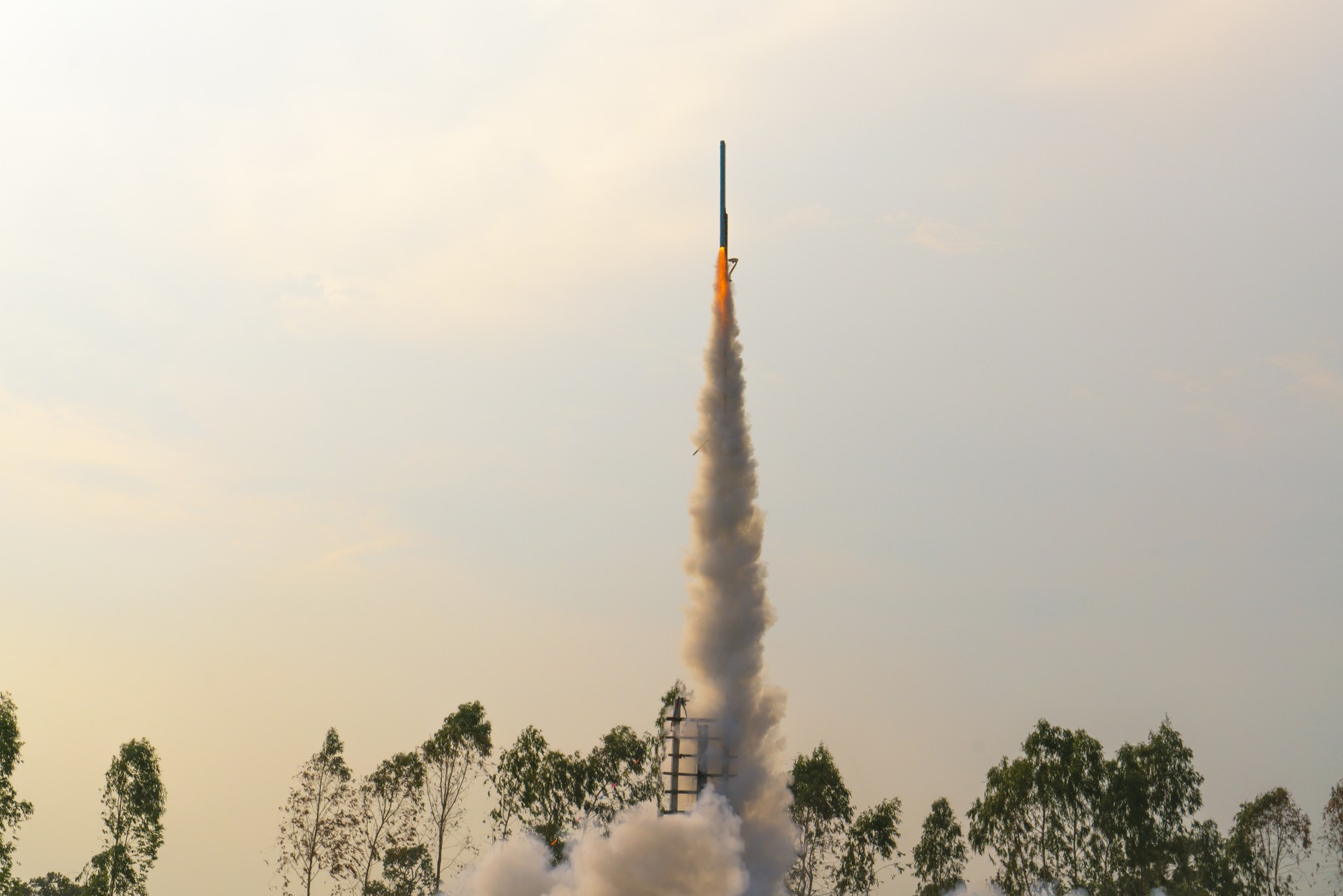 Thailand is a great destination to enjoy a variety of festivals which often become the most memorable aspect of your trip. Our local experts can point you in the direction of any worthwhile events that coincide with your dates and itinerary, or if you are keen to build a trip around a certain festival, they can oblige. Send them a few details of your requirements here and they will come back to you with some ideas. To speak to someone in the TravelLocal office, please call +44 (0)117 325 7898.