The pirates of Madagascar

Home to nodding palms, quiet coves and unique wildlife, Madagascar is an otherworldly island. Having split from mainland Africa 135 million years ago, its culture has developed in complete isolation, far from the influences of the wider world. With such a romantic sense of separation, Madagascar has earned a place on countless travel wish lists.

Hundreds of years ago, however, it drew a different kind of visitor. In the late 17th century, pirate crews spilled across its shores to split their plunder, trade their wares and sate their lust. We decided to look a little further into this fascinating time in Madagascar’s history. 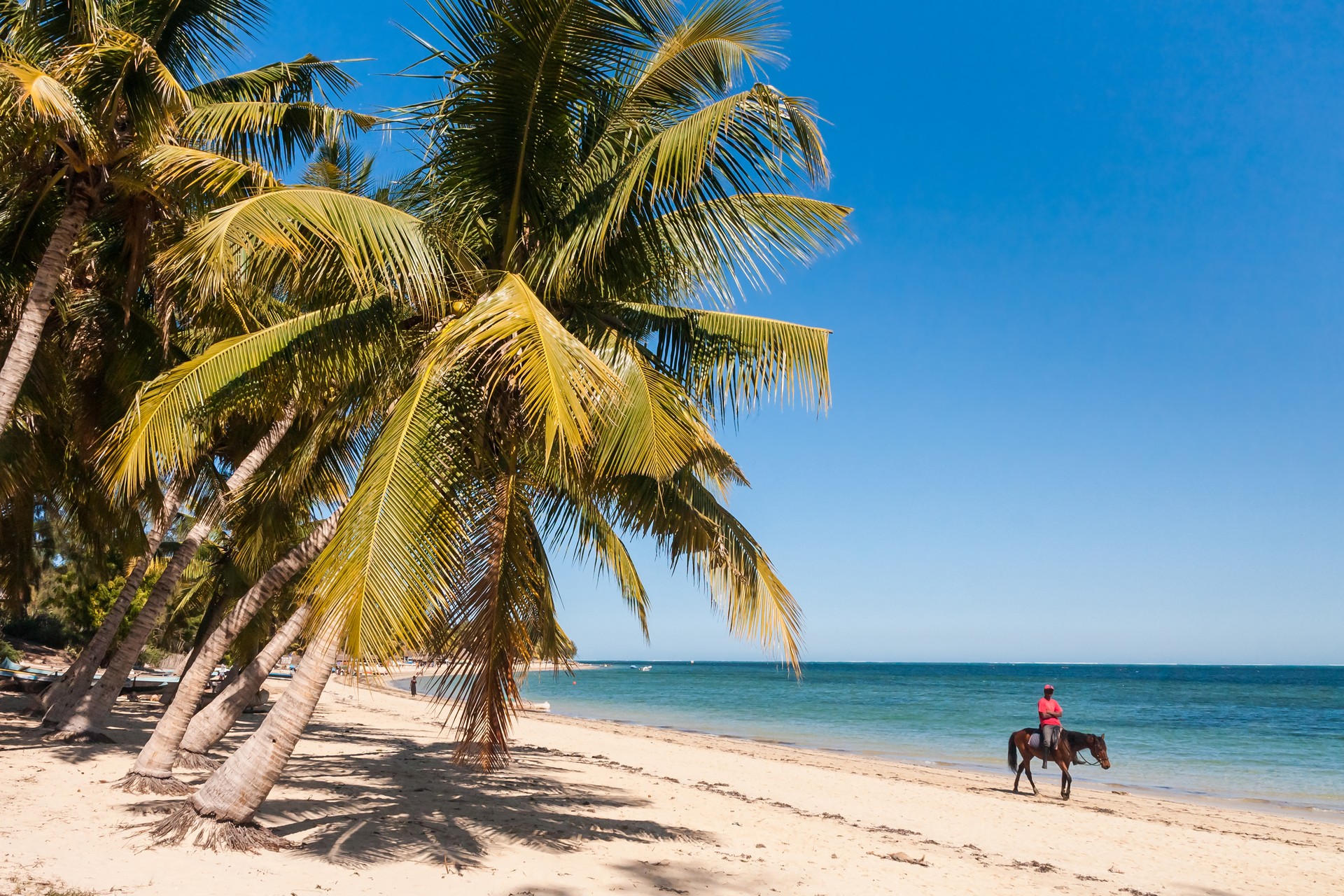 The Golden Age of Piracy

Madagascar’s piratical heyday took place during what is widely known as the ‘Golden Age of Piracy’. This refers to the period between 1650 and 1720 when thousands of pirates were actively preying on trading routes around the world. The likes of Blackbeard, Henry Morgan and William Kidd terrorised the high seas, capturing merchant ships and evading capture by the forces of the Royal Navy.

Although piracy was most common in the Caribbean and off the coast of Africa, more and more crews headed for the Indian ocean in the late 1690s. This was due to the rise of the 'Pirate Round’ - a sailing route which began in the Western Atlantic, passed around the Cape of Good Hope and stopped in Northern Madagascar. Having had time to refuel, crews would head towards targets in the Indian Ocean; often East India Company ships departing from Yemen and India. The Pirate Round was first attempted by Thomas Tew in 1693 and the voyage was so successful that he inspired a piratical boom across the previously neglected Indian Ocean.

This sudden upsurge brought Madagascar, at the time a sparsely populated and little known island, into the limelight. 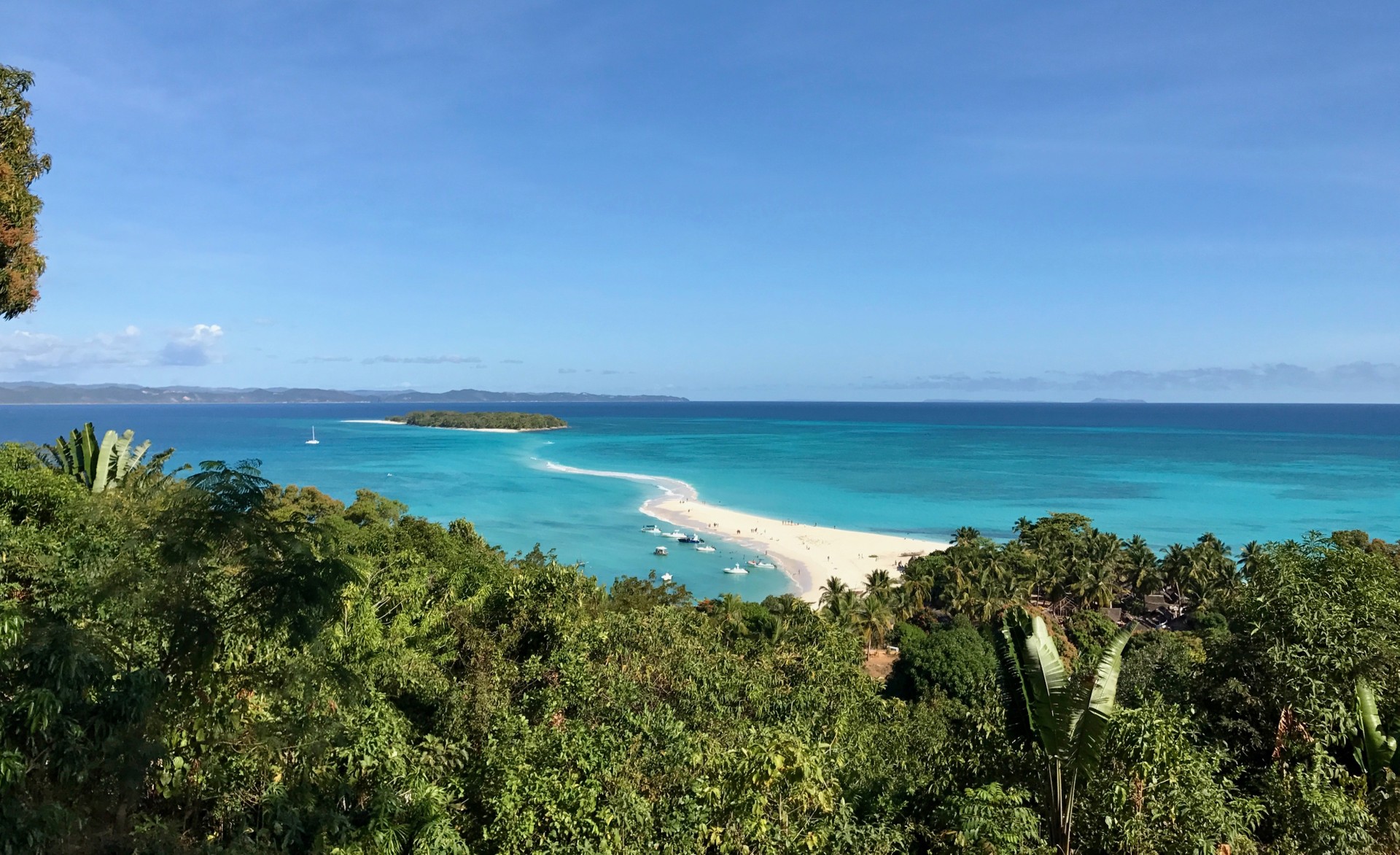 Île Sainte-Marie is one of Madagascar’s most idyllic and charming backwaters. Easily accessed from the mainland, and measuring just 40km in length and 10km in width, it is popular with travellers who are looking to escape the rush and immerse themselves in a postcard-perfect island setting.

When strolling along its quiet shorelines, it is hard to imagine that they were once frequented by thousands of pirates. Due to its location and the abundance of natural resources, Île Sainte-Marie was an ideal stopping point for ships and their crew. It became an essential haven for pirates to careen their ships, recruit more members and sell their stolen supplies.

Although few traces remain of Sainte-Marie’s piratical past, one site on the island has been drawing curious visitors for over a hundred years. On a palm shaded hilltop, overlooking the ocean, you will find the only known pirate cemetery in the world. Weathered by the elements, around 30 headstones are still intact today - many of them etched with skulls and crossbones, the international symbol of piracy. It is a peaceful and tranquil place, despite the violent and restless nature of its residents in life, and is well worth a day trip while staying on the island. Many ships were wrecked off Sainte Marie’s shorelines and legend has it that treasure hordes, including one belonging to the notorious William Kidd, can be found buried in the surrounding sea. 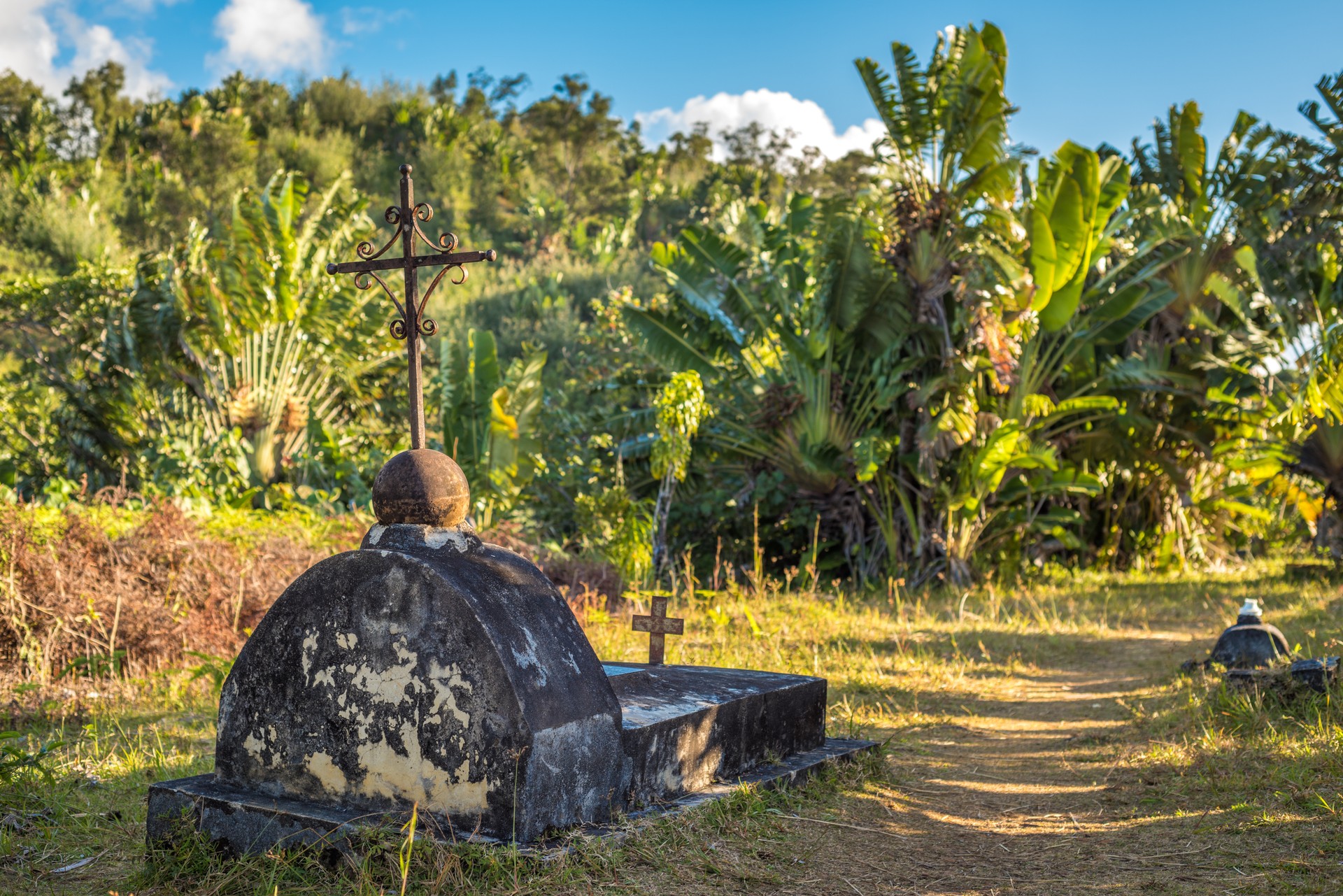 Located in the northeast of the country, Ranter Bay is a small, unassuming coastal town with a fascinating history. During the 1720s it was the site of a thriving pirate kingdom, run by the reckless and violent James Plantain. Having been raised in Jamaica, he joined the crew of the notorious pirate Edward England in 1720 and started looting ships in the Indian Ocean. They captured the Cassandra, a vessel belonging to the East India Company, and sailed to Madagascar to celebrate and divide the loot. Having spent some time on the island’s azure shorelines, Plantain decided to stay and spent his plunder creating a settlement at Ranter Bay (modern day Rantabe). 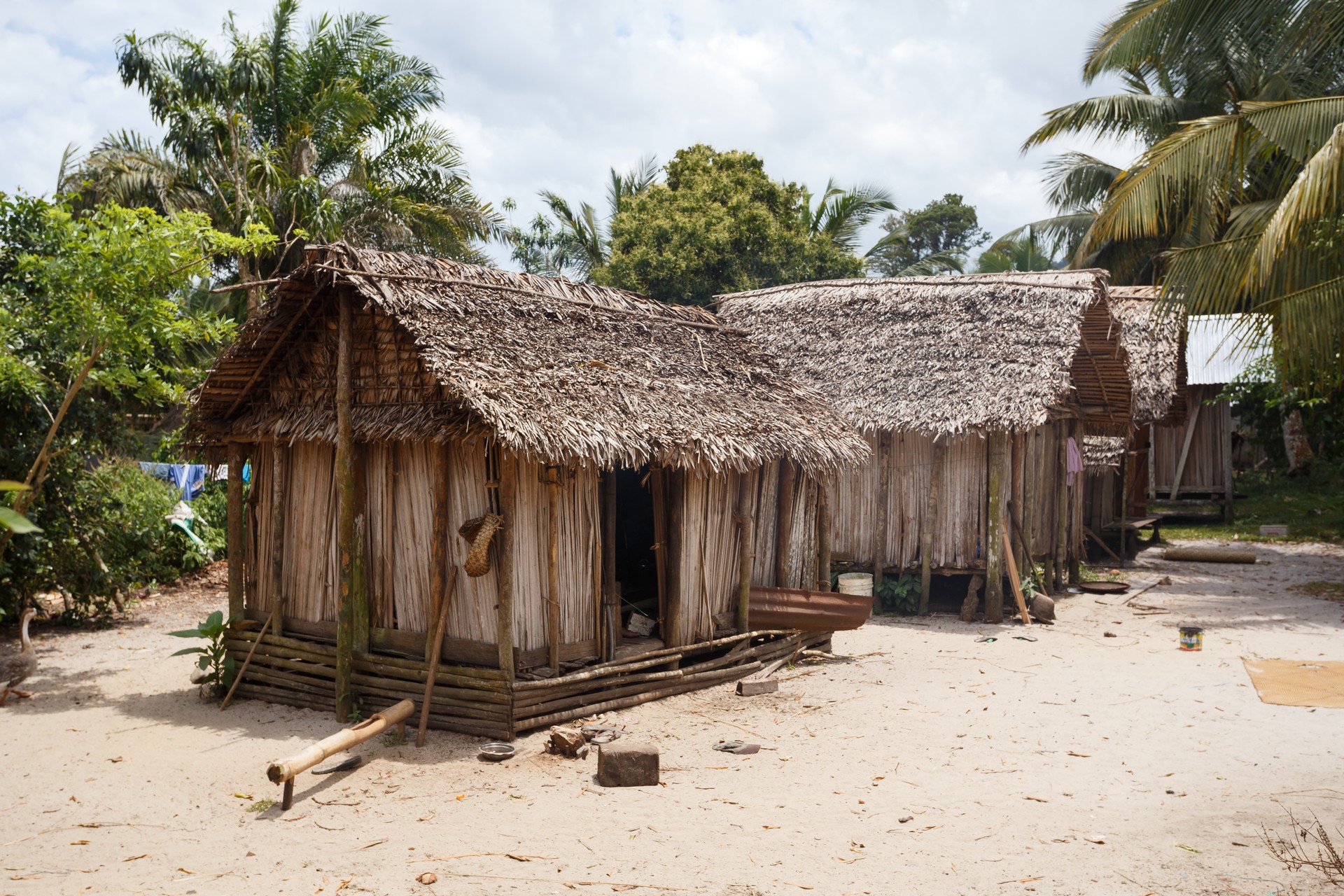 He worked to befriend the local Malagasy people, promising them riches and prosperity if they agreed to serve him. Many did and he became the self styled ‘King of Ranter Bay’ - trading with passing ships, raising armies against those who challenged him and taking multiple Malagasy wives. He ruled brutally, taking neighbouring villagers as slaves and sourcing firearms from his trade partners. He quickly became one of the richest pirates in the region and plugged his wealth back into Ranter Bay, building a magnificent fortress using a slave labour force.

Plantain’s pirate kingdom prospered but in 1728 the tide turned. His huge slave population banded together and launched a revolution against his rule, toppling him from power and forcing him out of Madagascar. He escaped with his life and travelled to India, never to set foot in Ranter Bay again. His eventual fate is unknown and stories of his abandoned treasure hordes still captivate the local community to this day.

Madagascar’s best known pirate stronghold is one whose existence remains a topic of fierce debate - Libertalia. It was referenced by Charles Johnson in his 1724 book ‘A General History of the Pyrates’ as a kind of pirate utopia - built on foundations of equality and opportunity. Supposedly founded by Captain James Misson, it was a society which practiced democracy and defied capitalism; ensuring that all members were treated equally. 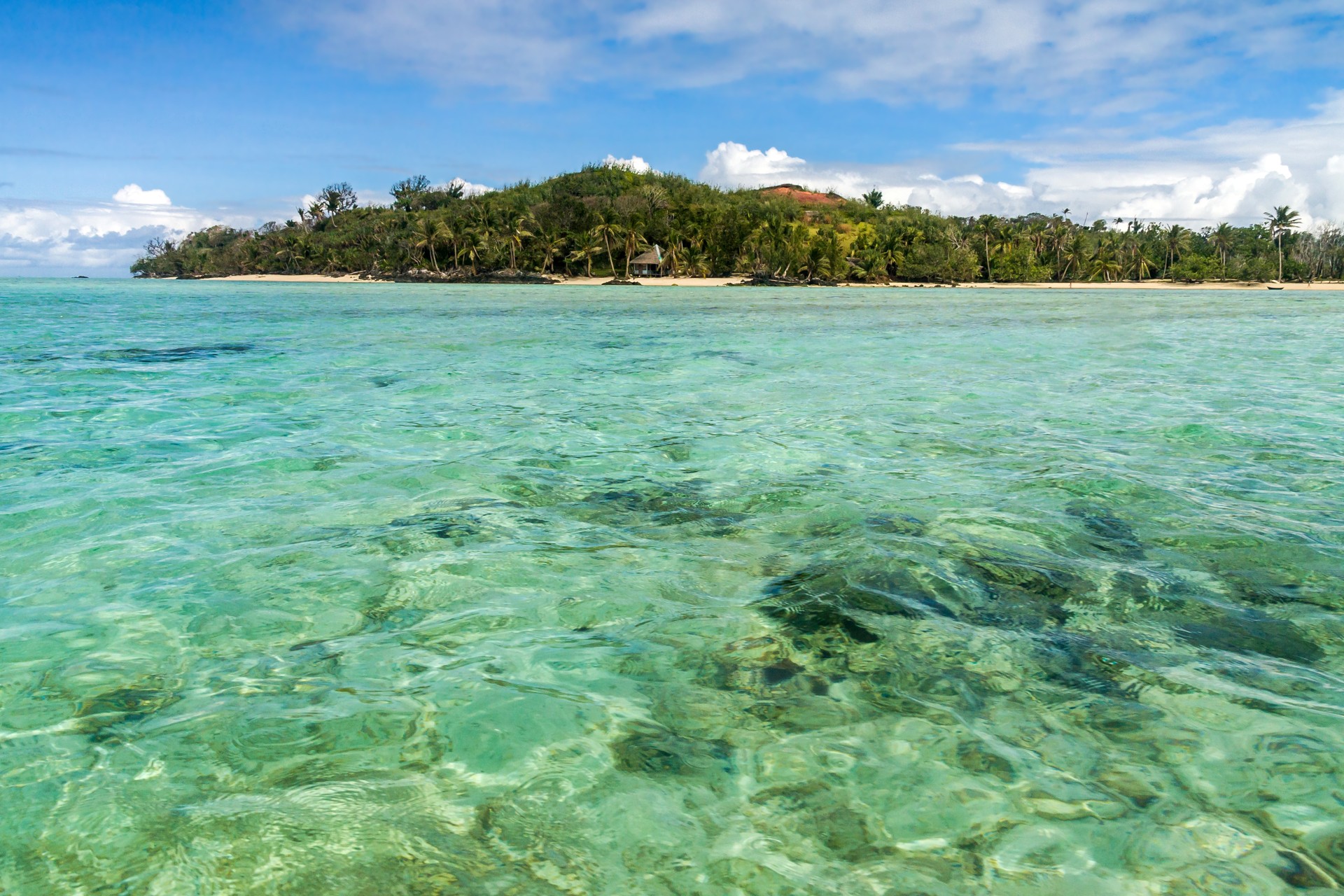 Historians have debated the existence of Libertalia for decades. It has never been recorded in any source apart from Johnson’s General History and this had led many to label it a social commentary or simply as an apocryphal story. However, this has not stopped the searching and to this day people scour the bays and coves of Madagascar, seeking proof of its piratical past. In the shade of palms and on the crest of hilltops, it’s easy to see why violent and restless men sought sanctuary on this slice of island paradise.

If you feel inspired to discover the land that pirates dreamed of calling home, then get in touch with our local experts in Madagascar. They can plan your perfect holiday, tailor-made to your needs and wishes, allowing you to explore this island paradise at your own pace. To speak to someone in the TravelLocal office, please call +44 (0) 117 325 7898.