In search of Rhino

Relics of a bygone age, rhinos are one of the most iconic and endangered animals in Africa….

Although their names make them sound like polar opposites, white and black rhinos actually look very similar to one another. White rhinos are slightly larger, but the main difference between the two is the shape of their mouths. Black rhinos have pointed lips which they use to pull fruit and leaves from trees; white rhinos have a flat, wide lip to chew on grasses. Both have suffered from extensive poaching and habitat loss, forcing their populations into sharp decline.

However, continued conservation efforts are working to bring the rhino back from the brink of extinction. Populations of both black and white rhinos have roughly doubled since the 1990s but there’s still a long way to go to secure their status in the wild. Travelling responsibly plays a part in the continued survival of rhino and choosing the right national parks and nature reserves is of paramount importance.

With that in mind, here is our guide to Africa’s best destinations to get up close to these majestic animals - and work towards their conservation at the same time!

Stretched across 4,590 square kilometres, Etosha National Park is one of Africa’s largest and most diverse nature reserves. Following years of conservation efforts, the park has established itself as a stronghold for white rhino populations. At the turn of the century, white rhinos were extinct in Etosha due to poaching and extensive habitat loss. Since being reintroduced in 1995, a successful breeding programme has allowed the white rhino population to recover. Thanks to the programme, Etosha is now of the best places in Africa to see rhino in the wild and, with a local guide on hand to show you the best viewing spots, you’re virtually guaranteed a sighting. As well as rhino, the park is also home to elephants, leopard, giraffe and flamingo, alongside many birds and species of mammal.

The sheer size of Etosha, coupled with its stunning biodiversity, means that it’s best explored over a number of days. The park’s rhino populations are notoriously elusive so they can be tough to spot on a classic game drive. To maximise your chances, head to one of the floodlit watering holes around sunset. White and black rhino prefer to drink at night and can often be seen ambling across the plains in the later hours.

Waterhole sightings are most common during the dry season which falls between May and October.

Our experts in Namibia have multiple itineraries which feature Etosha. To see its highlights, check out their Self Drive Namibian Explorer trip idea or send them an enquiry.

Just three hours from bustling Nairobi, Ol Pejeta offers a truly unique wildlife experience. Spread across 360 square kilometres, its sprawling plains are home to Africa’s iconic Big 5, over 300 species of bird and Kenya’s only chimpanzee sanctuary. Run on a non profit basis, the park is widely recognised for its conservation efforts and its dedication to protecting vulnerable wildlife populations. The black rhino has found itself at the forefront of this movement. In the late 1980s there were only four black rhinos left in Ol Pejeta, but a dedicated breeding programme has seen their population rise to over 100. With numbers still on the rise, and dedicated patrol teams in place to protect rhinos from poachers, the future looks bright for the residents of Ol Peteja.

Thanks to its proximity to Nairobi, Ol Pejeta is a great option for a safari day trip. The park is open to visitors from 7am to 7pm. As well as classic game drives, Ol Peteja also offers guided walking safaris. Led by trained rangers, the routes are designed to bring you closer to the park’s wild inhabitants and learn about their behaviour patterns.

Despite its varied climate, Ol Pejeta’s game viewing is excellent year round. The hottest weather falls between December and March and is followed by a long rainy season. For comfortable temperatures and lush greenery, try and time your visit between July and October.

Our local experts in Kenya are ready and waiting to plan your dream trip to the Ol Pejeta Conservancy. Simply visit the destination page and send them an enquiry.

Africa’s oldest nature reserve, Hluhluwe-Imfolozi is globally recognised as the birthplace of rhino conservation efforts. Operation Rhino was launched by Ian Player in the 1950s and worked to breed white rhinos back from the brink of extinction. There are now over 1,600 living in the park and others have been sent to reserves across Africa to encourage repopulation. As well as its rhinos, the park is also widely considered to be one of the best birding regions in Africa and is home to over 340 species. Couple this with plenty of Big 5 viewing opportunities and it’s clear to see why Hluhluwe-Imfolozi is at the top of so many travel wishlists.

The park runs across 960 square kilometres and terrain varies widely from place to place. As such, it’s best to take a couple of days to 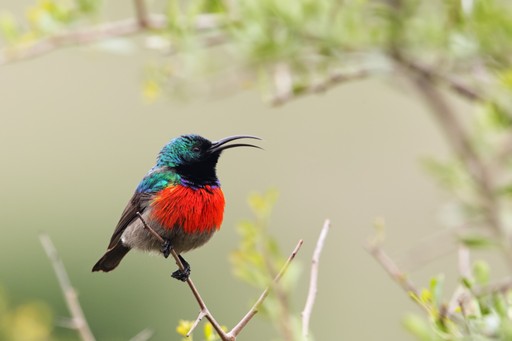 explore it in detail. You’re likely to encounter rhino during a classic game drive but Hluhluwe-Imfolozi also offers a boat safari along the St Lucia estuary.

The drier winter months between May and September offer the best wildlife viewing opportunities. During this time, vegetation thins out and animals begin to congregate around water sources.

Our local experts in South Africa are ready and waiting to plan your dream trip to Hluhluwe-Imfolozi. Simply visit the destination page and send them an enquiry. 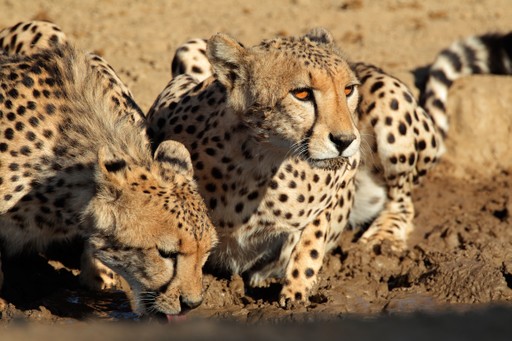 Named after the river running through its heart, the Manyoni Nature Reserve has played a significant role in recent conservation activities. Created in 1995, the reserve was the launch site of WWF’s ambitious Black Rhino Range Expansion Project which released a founding population of black rhino into the reserve. Over the course of twelve years, elephants, cheetahs and lions have also been successfully reintroduced and now the park is a thriving hub of biodiversity. With stunning scenery and colourful birdlife, Manyoni is the perfect place to get in touch with nature and to contribute to the continued survival of rhino populations.

If you want to spot rhino in Manyoni, the watering holes are the best place to set up. On a guided walking safari, your local guide can show you the best hides and viewing points so you can get that once in a lifetime wildlife encounter.

Between May and September, this area of South Africa experiences a dry season. This means that rhino gather around watering holes, making them far easier to spot.

Our South African experts’ Best of the Elephant Coast itinerary features Manyoni and is sure to show you the highlights of this incredible park.

If you’re ready to meet these gentle giants for yourself, send an enquiry to one of our local experts. We have tailor made safaris in South Africa and safaris in Namibia, to help you plan your trip of a lifetime. For more general information, head to our destination pages or contact us in-house on +44 (0) 117 325 7898.