Over 200km north of Georgia’s capital of Tbilisi, Kutaisi is the ideal gateway to the natural wonders of the unexplored Svaneti region. From an aesthetic perspective, Svaneti is the finest alpine landscape you’ve never seen. Historically, its largely intact ancient heritage boasts links to Queen Tamar and the Kingdom of Colchis; icons of the Georgian Golden Age. Whether you want to get away for a weekend or are planning a longer itinerary, Georgia’s rural north has a wealth of experiences on offer… 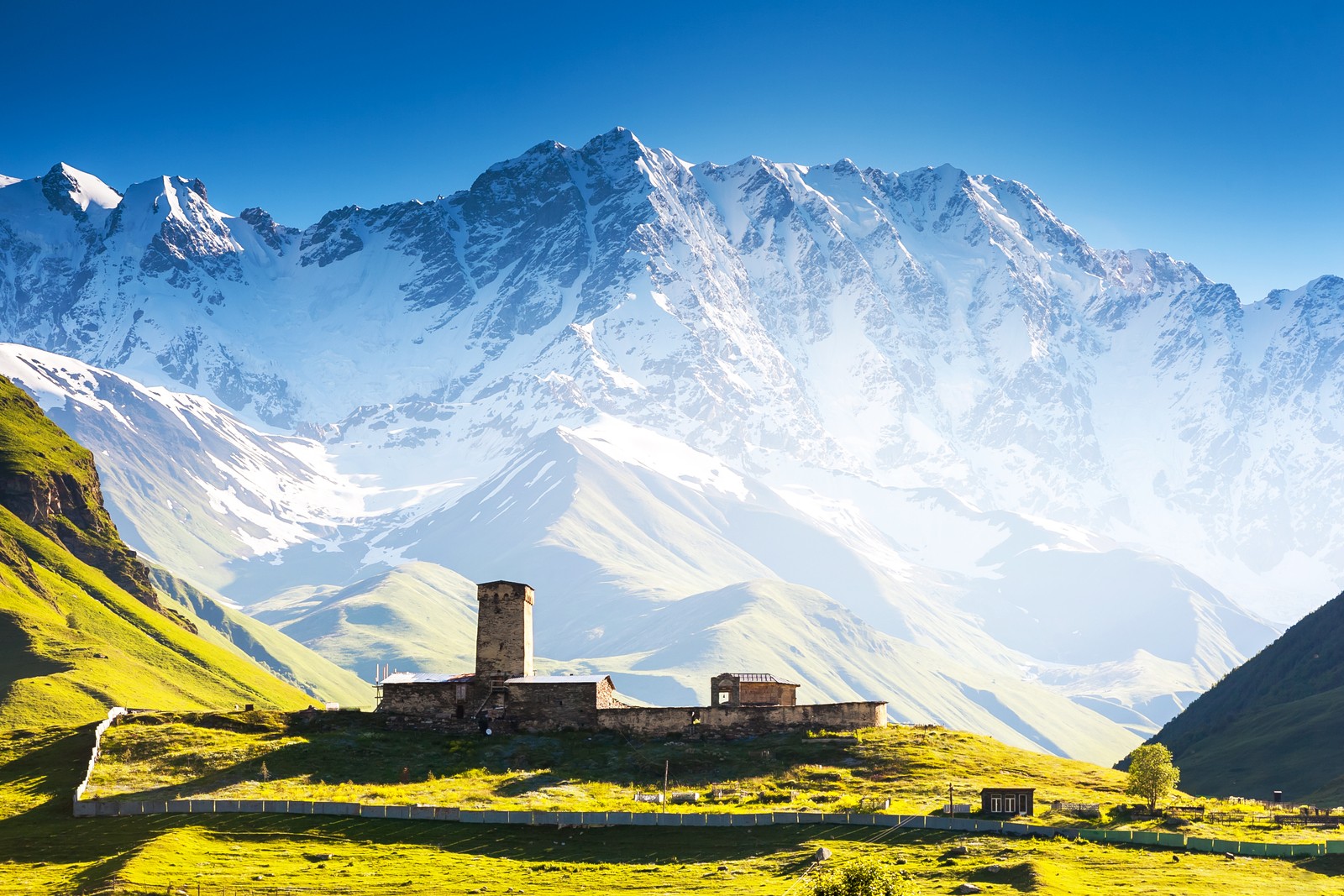 Georgia, without doubt, has one of the most under celebrated cuisines in the world. Entirely organic, homegrown and with recipes passed down through generations, there are few places with better food fare than a Georgian dinner table. The Svaneti region has a centuries-old heritage, with its own unique variations of Georgian classics.

The best way to sample these is to eat with the locals - book into homestays and break bread with your hosts. If you want to learn to replicate these sumptuous dishes yourself, the town of Mestia is the perfect place to take a cooking class. In the course of an afternoon, you’ll prepare Georgian staples like kudbar (beef and onion filled bread loaf), chvishtari (cornbread baked with cheese) and Ajapsandali (oven roasted aubergine, peppers and tomatoes). For a truly native end to your meal, enjoy a glass of Georgian wine with your hosts.

The Svaneti region is home to countless rural villages and settlements, all known for their spectacular hiking routes and warm hospitality. Adishi is a particular highlight and a good starting point for trekking to Ushguli which, sitting at 2,100 metres altitude, is Europe’s highest inhabited village. With cosy, ramshackle homestays and rolling hills carpeted with wildflowers, it is the epitome of rural Georgian life.

Ushguli can be reached by foot, horseback or via 4x4, crossing untainted countryside with spectacular views of the Caucasus. The village itself is perhaps one of Georgia’s most iconic sites, and well worth a visit. Home to 20 ancient Svan watchtowers and a stunning 12th century church, it’s an impressive monument to the country’s cultural past. The towers themselves, believed to date back to between the 9th and 12th centuries, are throwbacks to Georgia’s turbulent history of invasion and conquest.

Perhaps unrivalled within Georgia for its walking routes, Svaneti is a hiker’s paradise. With routes suitable for all abilities, and stunning views at every turn, Mestia is the perfect base for a weekend in the mountains. For an easy two hour route, follow the guiding wires of the mountain chairlift up to the cable car base, enjoying the summit of Ushba and its surrounding villages from a panoramic perspective. Alternatively, for those with a day to spare, the Chalati Glacier is one of the most spectacular natural wonders in the region. Follow the valley, carved by the beautiful Mestia River, until you reach the glacier’s tongue. For the more adventurous, scale the moraine side up towards incredible ice cliffs; no special equipment is needed but only attempt the route if you have scrambling experience. Alongside Mestia; Ushguli, Adishi and Chvibiani are ideal bases for lovers of the outdoors.

Georgia’s enduring traditions make themselves keenly felt in the Svaneti region. Alongside Ushguli’s Svan watchtowers and the charming monasteries dotted around the countryside, Mestia boasts an incredible museum dedicated to the country’s history and ethnography. Offering a compelling insight into the long-standing cultural identity of the region, the museum is well worth a look. Svaneti is also home to some of Georgia’s oldest and most unique festivals, including the annual Kvirikoba celebration. On July 28th each year, local families rise before the sun and congregate at the monastery of St Kvirike, where prayers are said and offerings made. From there, everyone filters into the surrounding villages and hosts street parties. Wine flows, local delicacies are served and villagers perform traditional dance routines. It’s a humbling experience which offers a real insight into the age-old Svanetian way of life.

Whether you’re planning a weekend getaway or a longer adventure, our local partner in Georgia can show you the best of Svaneti. Simply send them an enquiry with a few details about what you like the sound of and they will plan your perfect tailor-made trip to Georgia.