Finding that elusive place which feels special is so much sweeter if you are lucky enough to have stumbled upon it without the crowds beating a path before you. The world is ever more accessible, making the lucky discovery of somewhere unsullied and uncelebrated seem like a real achievement in our oversharing times. With more of the world travelling for leisure and adventure, the list of hidden places untrampled by curious humans is shrinking. Here we round up five hidden gems that are - as yet - blissfully devoid of foreign tourists, but deserve your time and attention. 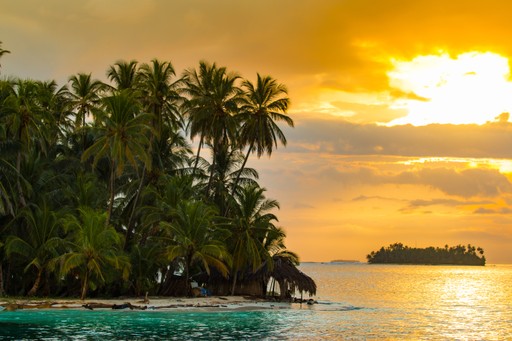 Sprinkled across 250 square kilometres of Caribbean Sea, the 378 islands of the San Blas archipelago are a tropical daydream made real. These islands are so appealing because they are looked after by the indigenous Kuna people who inhabit less than 50 of these islands, but fiercely protect them all from overdevelopment and heavy tourist footfall. They have managed to maintain the dream desert island vision of heavenly white beaches sprouting rustling palm and lapped by the prettiest water. Take your time drifting between these laid back islands; dropping anchor for a picnic and a swim on an islet with nobody there but you. 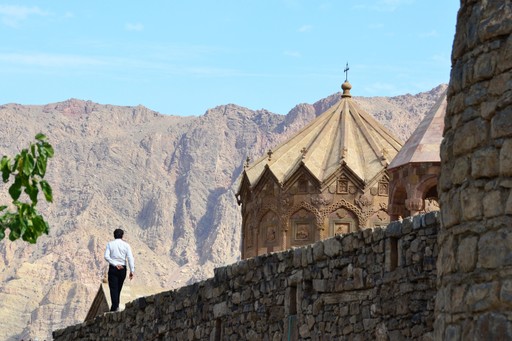 Deep in the Alborz mountains which buffer the Caspian Sea from inland Iran, the Alamut valley is one of Iran’s most scenic and worthwhile destinations. Avoid a winter trip when the mountain passes can be snowbound, and visit from May to October instead. Spring is a particular delight for hikers as the dazzling shades of green are nature’s finest eye candy, while the streams and rivers that carved these valleys rush with snowmelt. Spending two or three days weaving between the scattered villages of the valley is a great counterpoint to time spent in Iran’s busy urban centres, and itineraries can be designed to include homestays where you will spend time within local communities enjoying their culture and hospitality. Highlights include the close-up view of village life, and the magnificent panoramas which open up when you climb to one of the ruined fortresses that dot the crags around the Alamut. 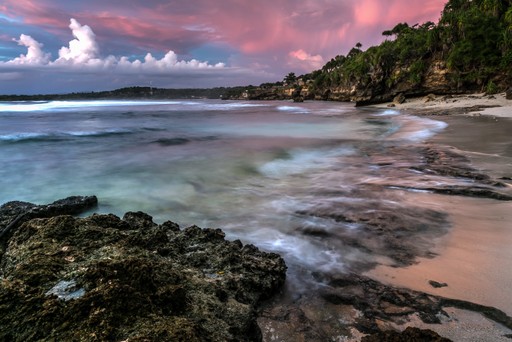 Nestled off the southwestern corner of Bali are the idyllic Nusa Islands. One of the best hidden beaches of South East Asia can be found on the smallest of the three, Nusa Ceningan. Accessible only by footbridge from its larger neighbours, Lembongan and Penida, Ceningan has far less in the way of tourists due to the fact that the majority of the island is lined with rocks. Head across to the north west corner of the island and you will discover Secret Point, a small strip of pristine white sand nestled between the cliffs. The beach is the perfect place to relax at low tide, watching a handful of surfers catching a break to the west of the beach.

Less than 12 kilometres from the border with Ecuador, hidden in a deep green river canyon, the Santuario de las Lajas is a breathtaking sight. Teetering on ledges that line the steep side of the ravine, the location is all the more magical for its improbability. The building itself is an impressive neo-gothic confection which dates from the mid 20th century, but this is just the latest (and most impressive) incarnation - there have been a succession of shrines here from the middle of the 18th century onwards. The story goes that in 1754, a mother and her deaf-mute daughter were sheltering in the canyon from a violent storm when the daughter saw an apparition of the Virgin Mary and was then able to speak. News quickly spread of the cure and the site of the apparition became a pilgrimage site. Visitors to Colombia often don’t realise what a striking sight the basilica is, and though it is popular with South American visitors, foreign tourists are thin on the ground. Cross the bridge and head for the waterfall to get the best views of the lofty spires. 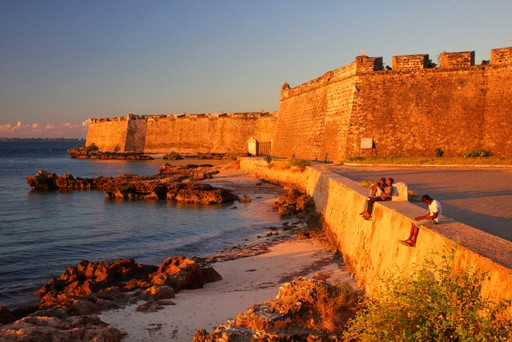 Picture Zanzibar in miniature, without the crowds, and you have some idea of the allure of this wonderful patch of ancient Africa. Little has changed since the Portuguese arrived and built a fort in the early 16th century; the crumbling stone town beats to the rhythm of the sea, and landing the day’s catch is about as much action as you can expect - other than on Islamic holidays when a festive atmosphere takes over. Life on the island is simple and calm, despite the history of conflict which overshadows the beauty of the place. For centuries this was the site of sieges and counter sieges, populated by pirates and slaves and traders determined not to give up their prime location. Today, as you amble over the two mile bridge connecting the island to the mainland, you can sense the distinct influence of the Portuguese, the Dutch, the Indians and the Arabians in the narrow lanes. The difference is that all is now peaceful - and blissfully tourist free.

Discover your very own hidden gem among TravelLocal’s destination countries. Our expert local operators can create a tailor made itinerary with your ideal balance of ‘must see’ sights and off-the-beaten-track places - why not send your details and start planning your perfect trip today? To talk to someone in the TravelLocal office, call +44 (0)117 325 7898.