The United Nations Educational, Scientific and Cultural Organisation (UNESCO) have listed more than 100 World Heritage Sites in Africa, five of which are in Zimbabwe. In Zimbabwe there are three cultural and two natural heritage sites. UNESCO deems these sites as valuable for humanity and strives to ensure their protection and promotion.

These five sites are broad and varied in their appeal, from stunning, pristine landscapes teeming with wildlife to historic monuments that bare witness to past communities and beliefs. We have been in touch with our local experts in Zimbabwe to find out more about these important destinations, all of which offer something different.

Researchers have discovered that the Shona people founded this stone city which reached its peak in terms of power and population from the 11th to the 15th century. There are many impressive relics of the once flourishing settlement including a royal residence, ritual sites, a town of around 6,000 houses and the best preserved site of the Great Enclosure. This fascinating section of the monument is still remarkably intact considering its great age, with towering curved walls built with solid granite blocks carved to fit together snugly without the use of mortar. 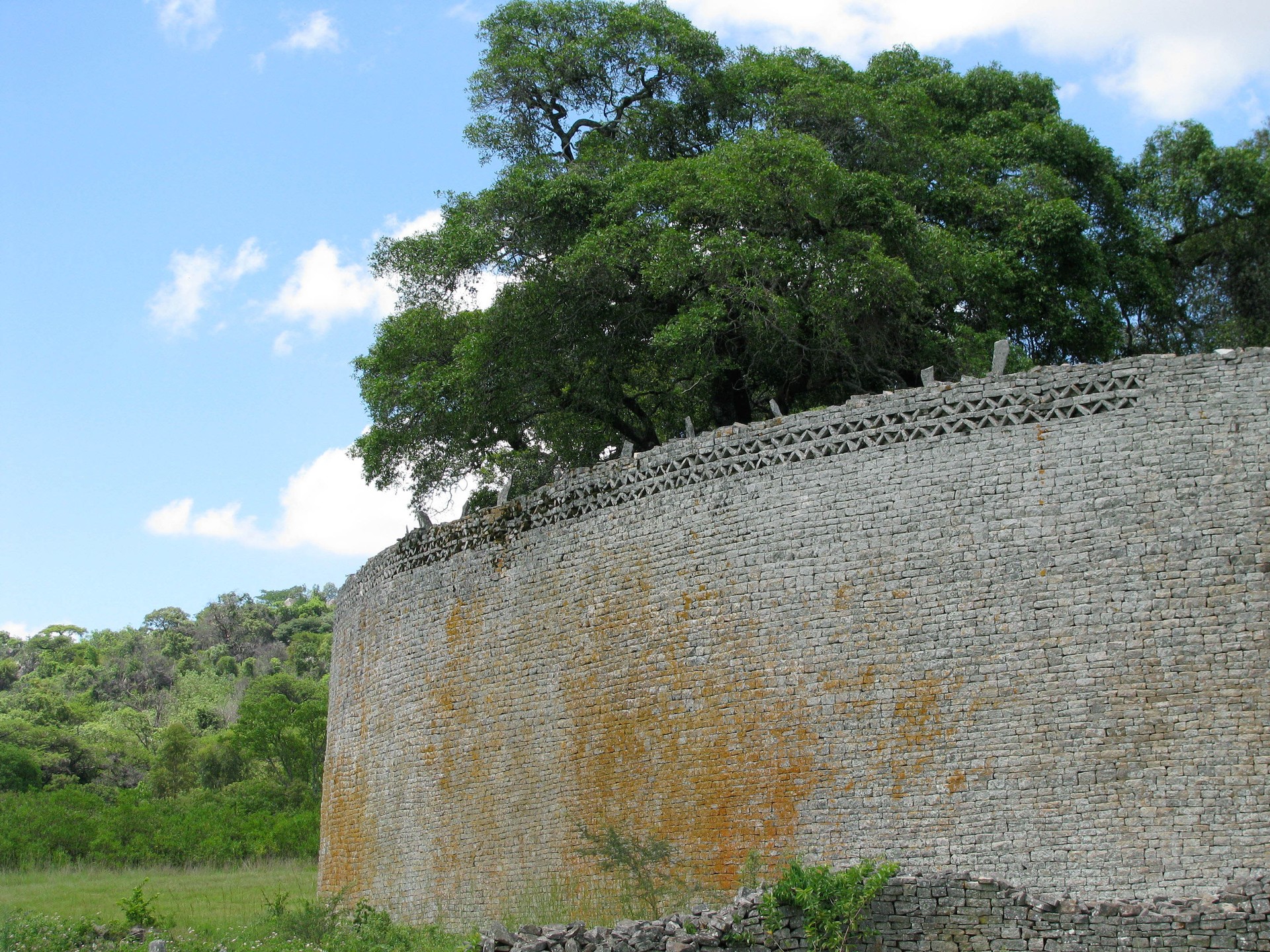 The whole structure is curved - no straight lines or corners were built and it is evident that stonemasonry in the region was already advanced by the time this structure was erected. A number of artefacts from various corners of the world have been unearthed at the site, including items with Persian and Chinese heritage, as well as coins from Arabia. These pieces demonstrate that Great Zimbabwe was once an important centre for trade in the region. The city was eventually abandoned in the mid 15th century when the surroundings could no longer support enough crops for the population. The word ‘Zimbabwe’ actually means House of Stone, and when you visit this monument you’ll see why. 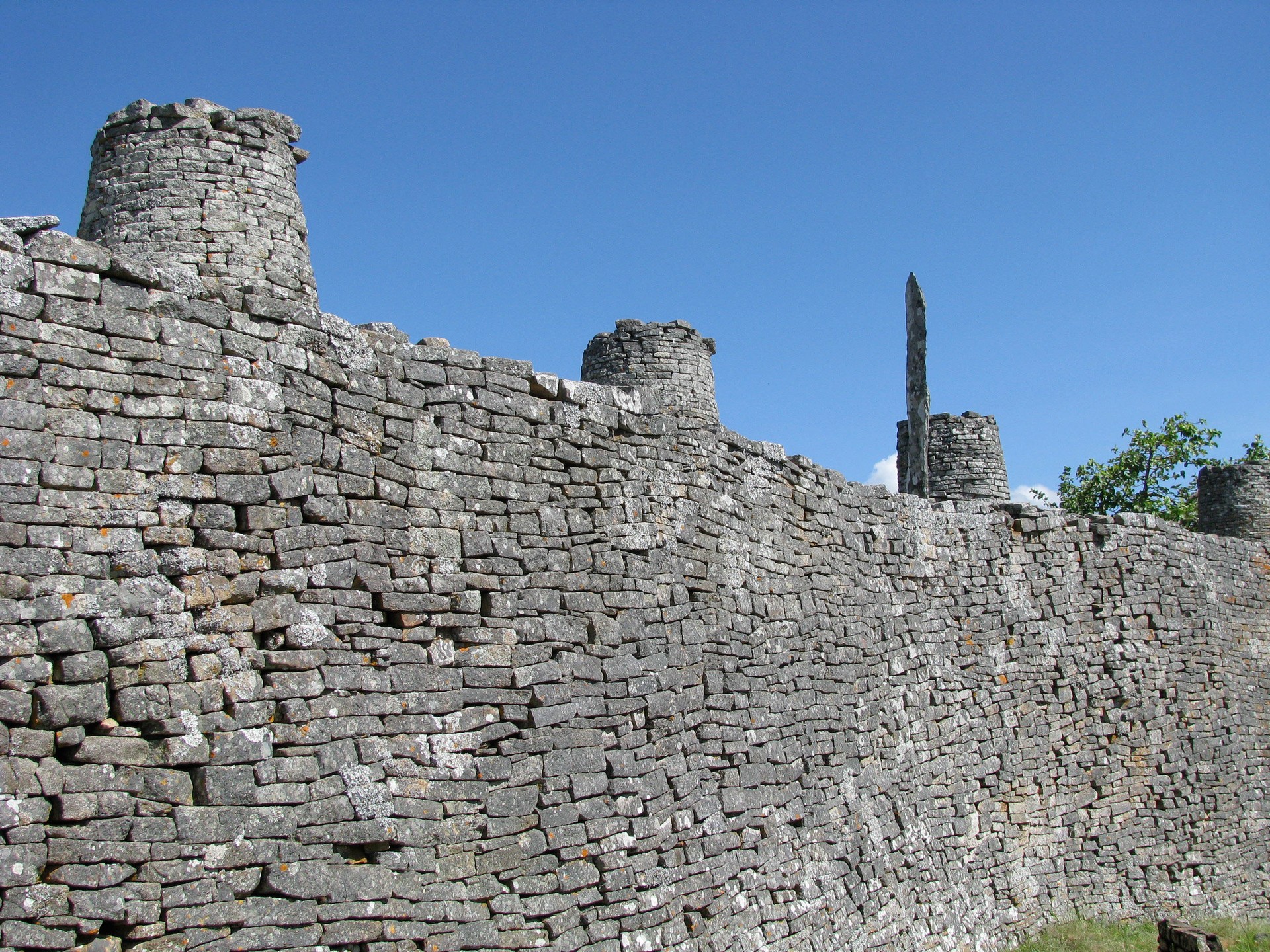 Another important location in terms of Zimbabwe’s history is the ruined Torwa capital, not far from Bulawayo. The complex today consists of stone walls and platforms situated on a hilltop site, and despite being built later than the Great Zimbabwe settlement - around 1500 to 1650 - it displays some common features and building styles. Once again, through the discovery of a variety of ceramic items, it has been established that this site had close trading links with Portugal, Spain, China and Germany. 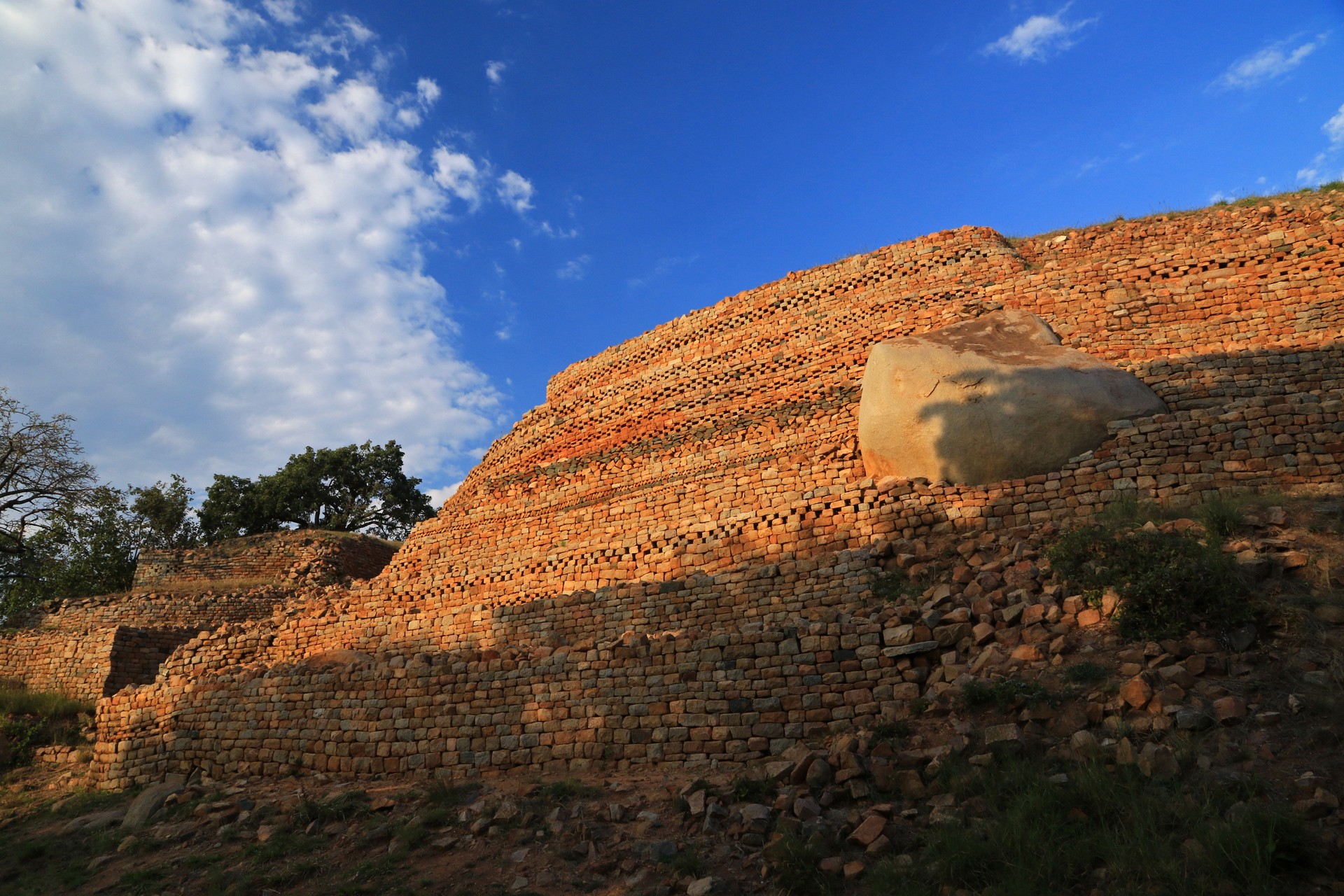 The ruins at Khami are important because few other settlements of this type from this particular period remain. It sheds light on architectural innovations of the period, and even contains some clues into the way that society was organised at that time. Since 1986 the monument has been recognised by UNESCO for its importance in terms of the history and culture of the area, and today it is still considered to be sacred by local communities. 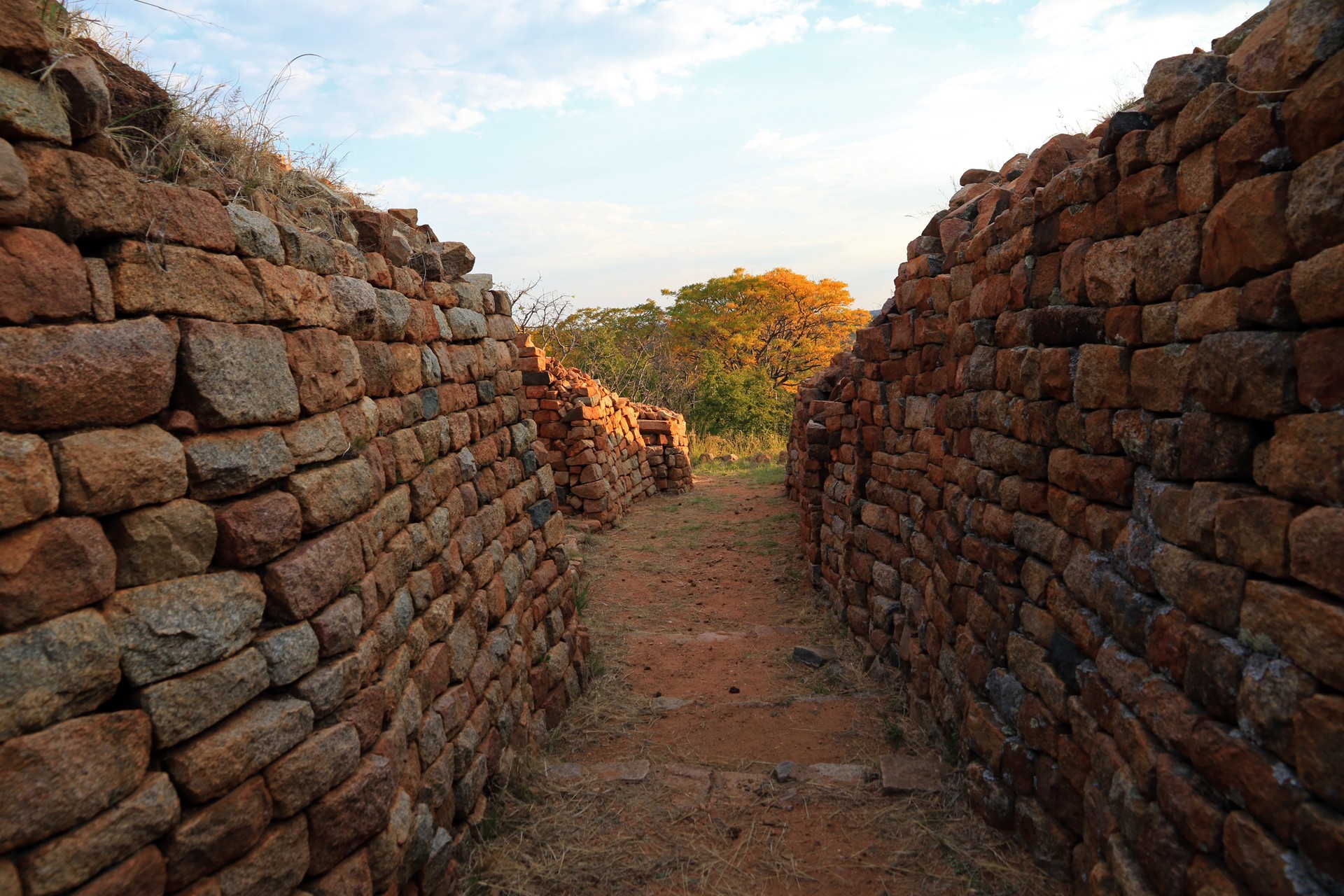 A dramatic landscape of distinctive rock formations litter the region south of Bulawayo, erupting from the hills in fantastical shapes. Boulders, pinnacles, caves and balancing granite rocks have long been a magnet for human curiosity and reverence, and this site has been a hub of local religious activity for many millennia. Rock art of major significance adorns many of the sheltered surfaces, believed to be more than 13,000 years old.

The density of rock art in the Matobo Hills is among the most important examples in Africa, showcasing the changing style of rock art across a long period, and giving important clues about evolution of belief systems in the region. It is believed that the Matobo Hills area has seen some form of human occupation for 500,000 years or more, and when you visit it isn’t hard to see why humanity has always been drawn to this mystical landscape with its inspiring geology, ancient art, panoramic views and eagles soaring above it all. 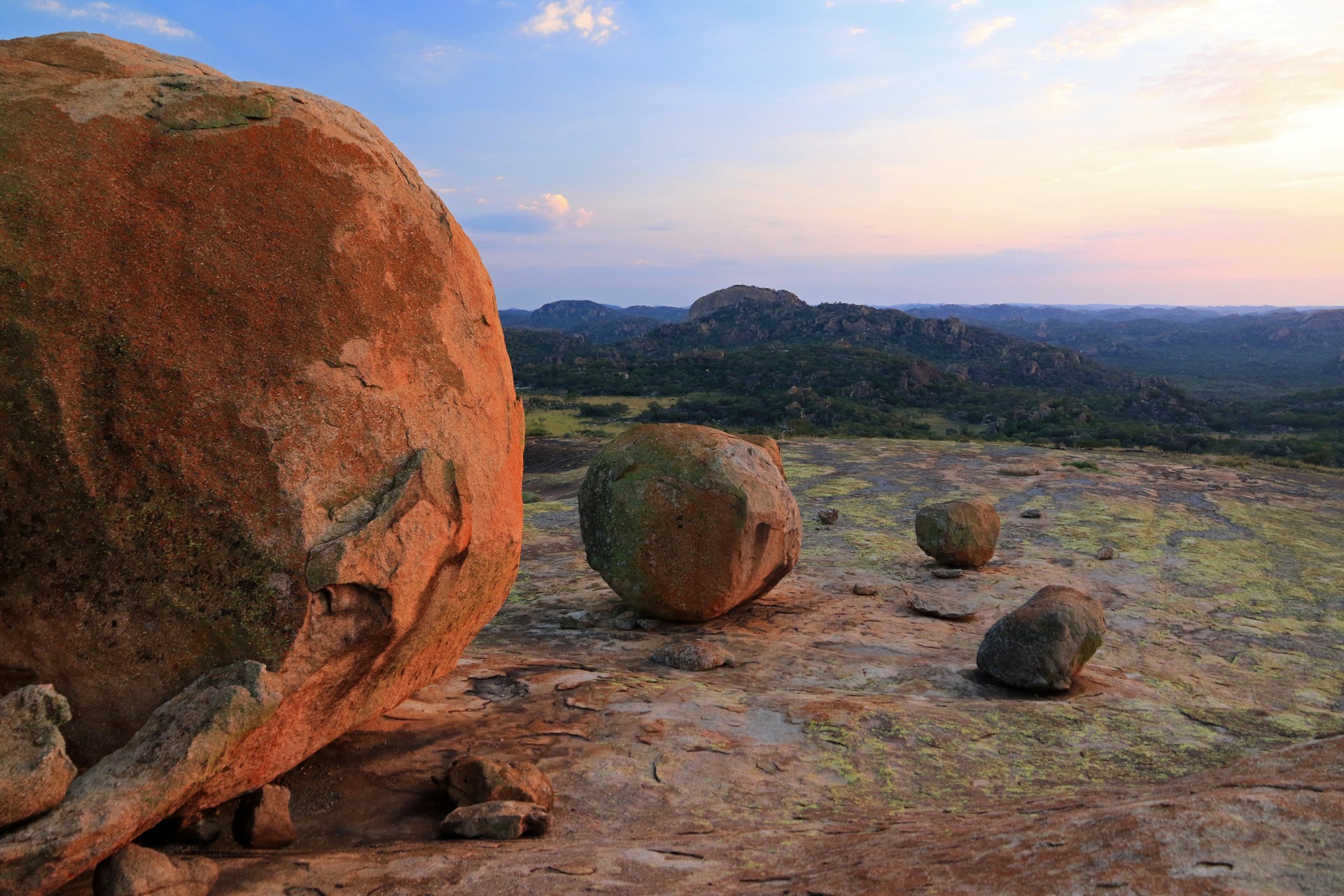 The first of Zimbabwe’s UNESCO World Heritage Site was added to the list in 1984, recognised for its outstanding universal value. It is a pristine tract of very scenic floodplain scattered with lakes and ponds cut by previous river channels, rising to an escarpment which watches over this section of the Zambezi river. The whole Mana Pools area provides a welcome water-rich refuge for large numbers of animals when the dry season gets underway and watercourses elsewhere begin to dry up. Because of its importance as a habitat for such an abundant and diverse population of creatures, the protection of this area is imperative. 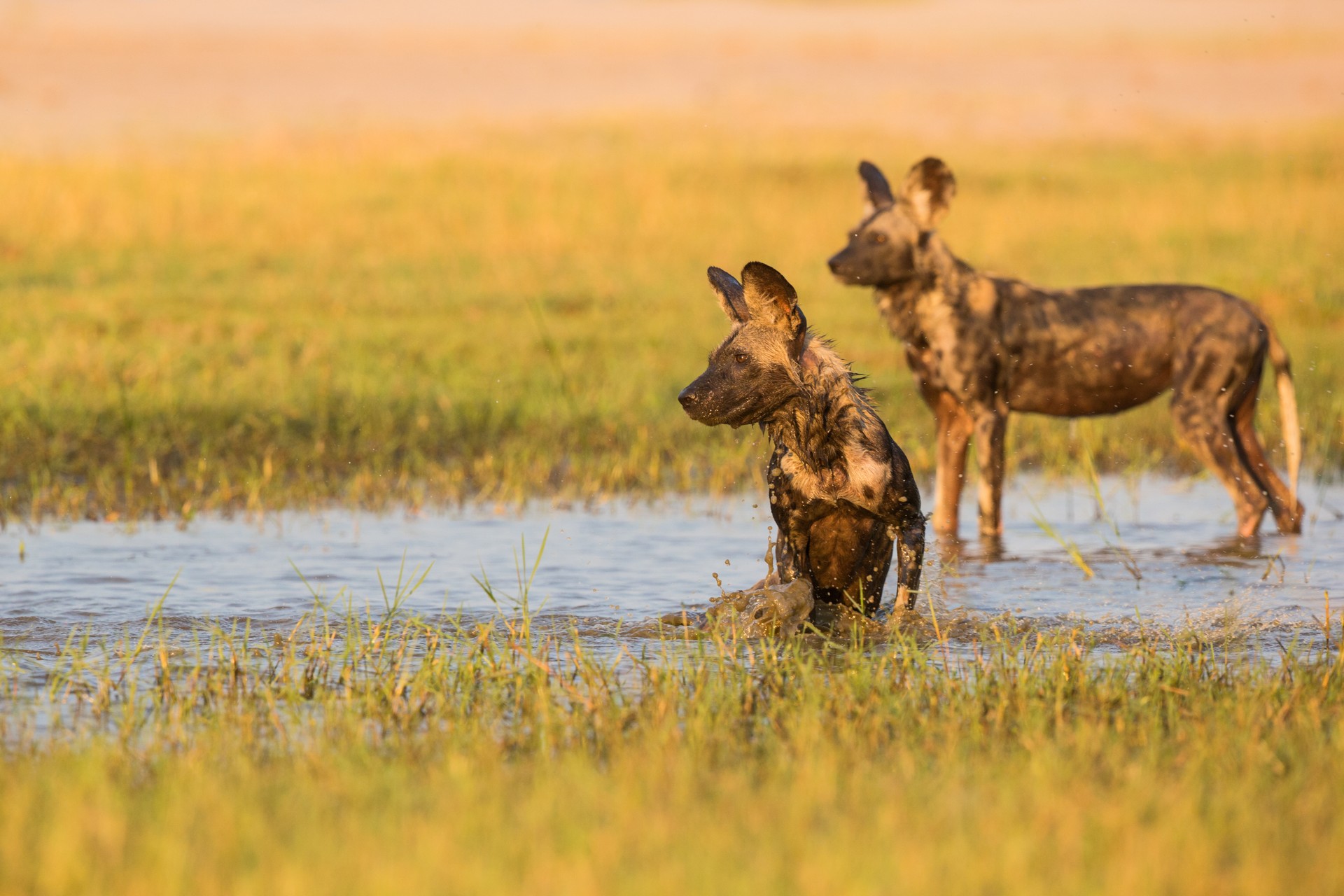 Elephant and buffalo flock to the area in large herds to take advantage of the water sources, and can often be seen along the shores of the rivers and pools. Various species of antelope and zebra are also present in large numbers, along with hippo and crocodile which are mainly found in the water. All these animals attract the attention of large predators including hyena, lion, leopard and cheetah, which you can look for when you take a safari in the area, either by boat, canoe, 4x4 or on foot. Birders will also be spoilt as there are more than 400 species registered here. 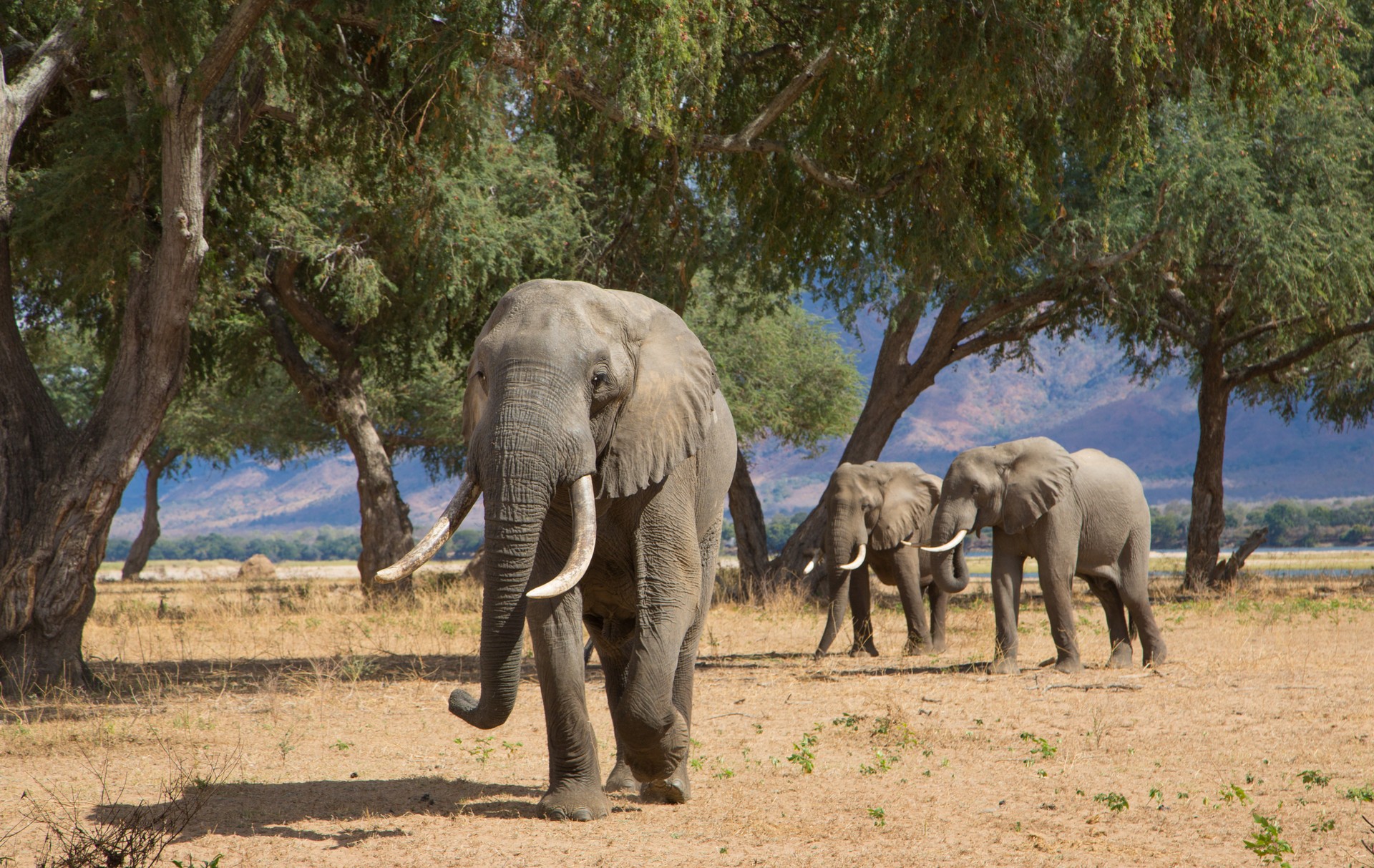 Last but by no means least, the incredible waterfall on the Zambezi that is world famous for its beauty and drama. At the point where the river spreads to around two kilometres wide, it drops into a deep gorge creating the world’s largest curtain of falling water and sending up plumes of spray that rise so far above the falls in the rainy season that they can be seen from up to 50 kilometres away. Victoria Falls straddles the border of Zambia and Zimbabwe, and it’s the most popular destination for tourists in the region, so it is frequently busy, but there are numerous viewing platforms and other ways to see the falls such as bungee jumping from the bridge, a boat trip, or even a helicopter ride. 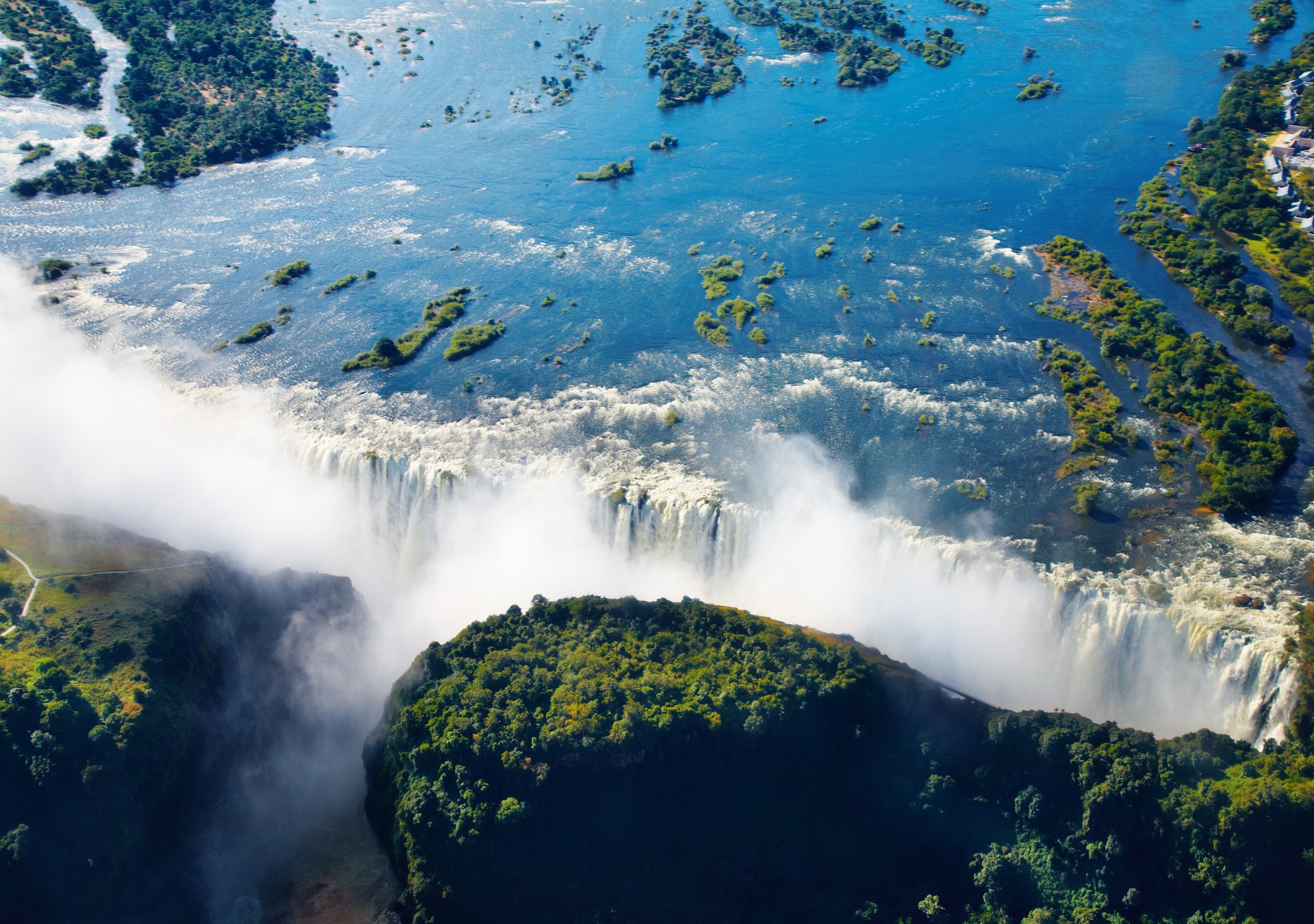 The river above the falls is also an interesting ecosystem dotted with islands and home to lots of interesting birds. The local name for Victoria Falls is Mosi-oa-Tunya, which translates as ‘The Smoke that Thunders’ and when you are close to this incredible natural wonder, you will instantly understand why. The best time to see the falls is when the flow is medium from May to September - at the peak of the flow the spray can obscure the view. 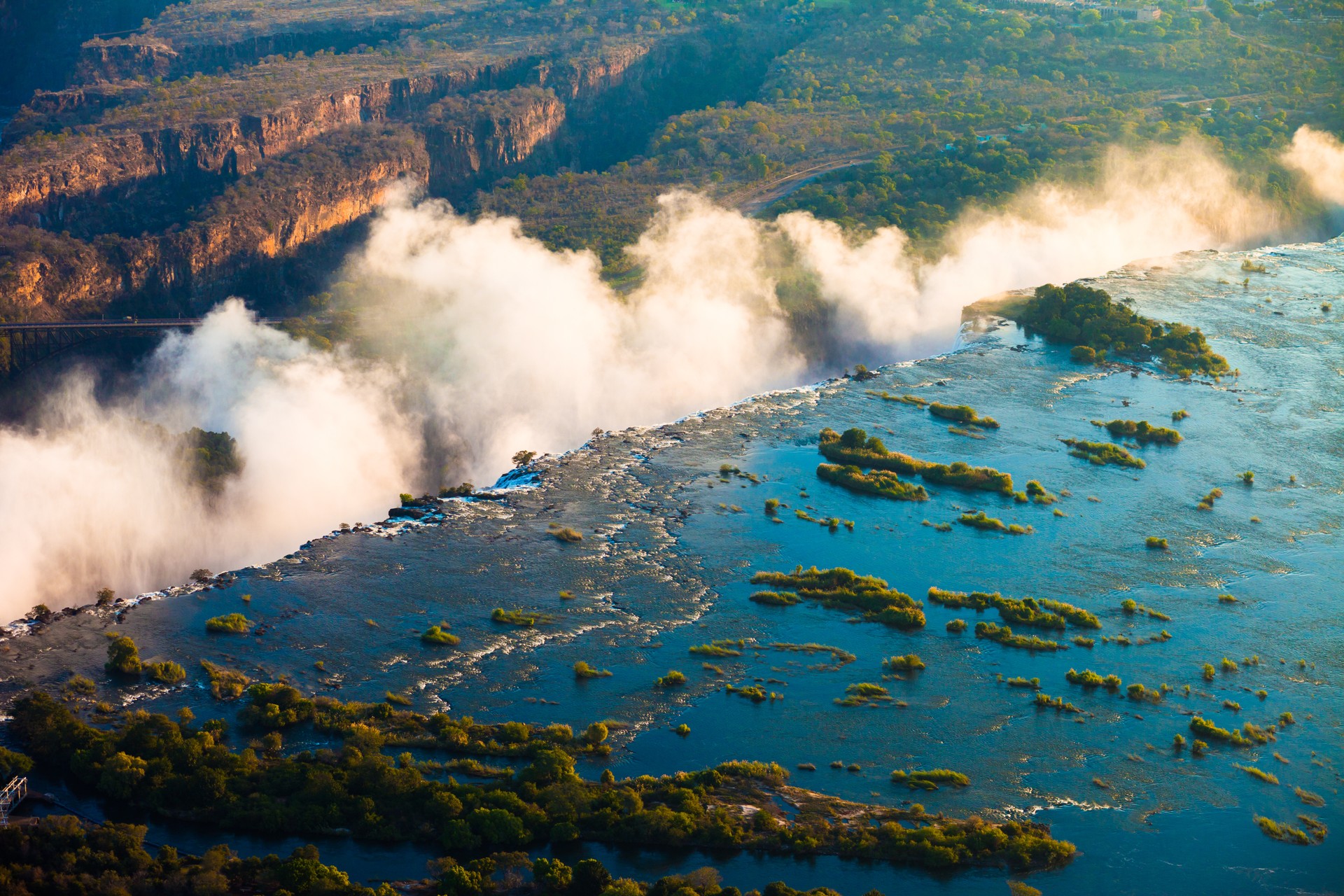 Explore the diverse cultural and natural wonders of Zimbabwe when you visit your pick of the five UNESCO World Heritage Sites. Rely on the local expertise of our handpicked partners to help to refine your itinerary, which they will tailor to your requirements. Fill in an enquiry form and they will be in touch to take the strain of planning your trip. To speak to someone in the TravelLocal office please call +44 (0)117 325 7898.