Famous for its mind boggling variety of potatoes - more than 3,500 at the last count - Peru is a nation with a distinctive and delicious cuisine which surprises and delights in equal measure. The last decade has seen a major boom in the national gastronomic sector, and innovative chefs are adding new and exciting twists to the dishes of old, making Peru a real foodie hotspot which is embracing the modern emphasis on healthy dishes made from ingredients which have been sourced responsibly. As well as exploring Peru’s amazing variety of landscapes - from mountains to the coast and the jungle, why not immerse yourself in the ever expanding variety of dishes, too - from simple and classic to contemporary and fusion. 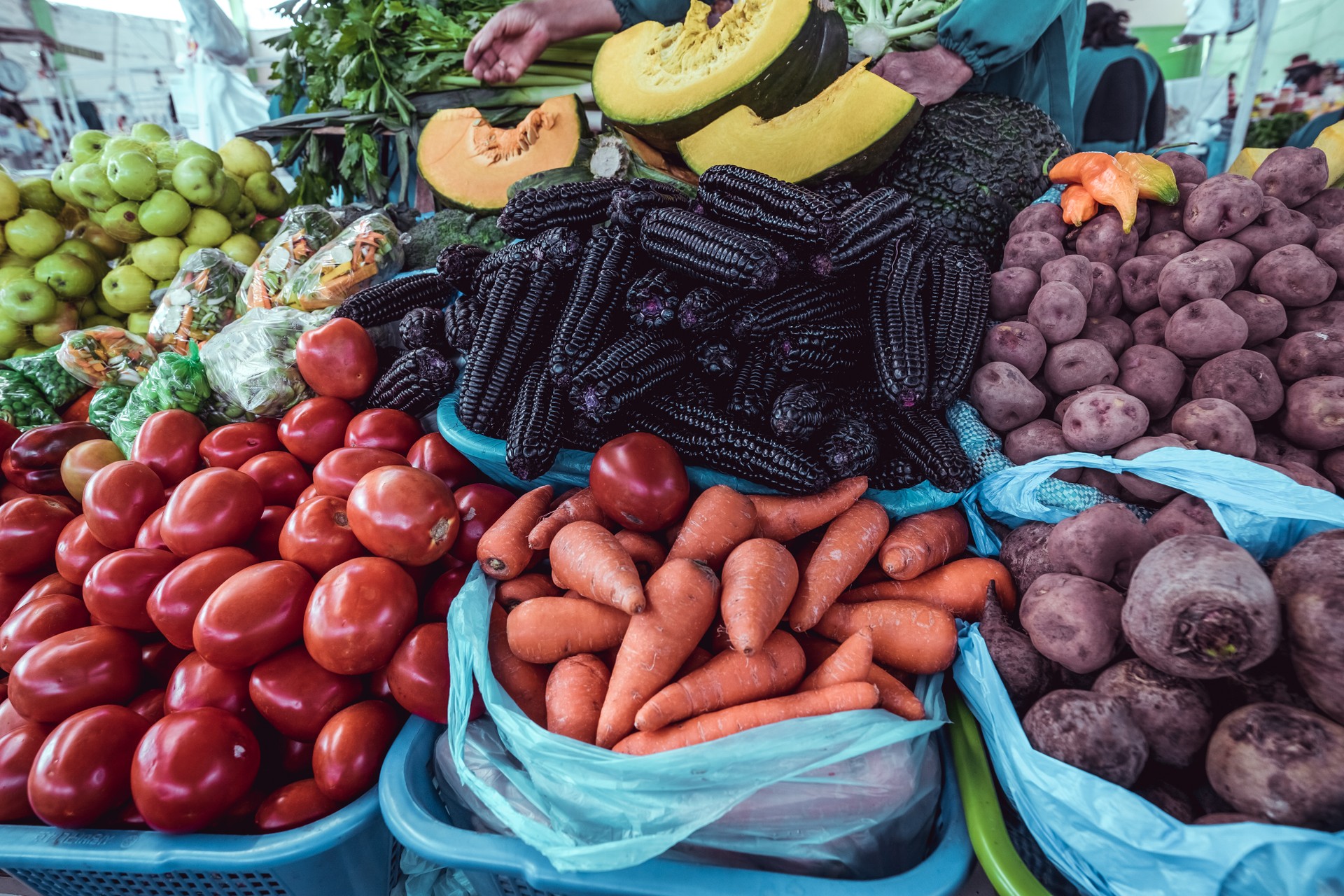 Here are some of the most authentic and delicious dishes you should try while you are visiting Peru, a country where the food scene has really exploded in recent years. Allin mikuna! - that’s  ‘bon appetit’ in the Quechua language.

No trip to Peru would be complete without sampling the delights of the national dish, a fresh and vibrant mixture of white fish and crunchy vegetables such as onion, corn and celery seasoned with garlic, chilli, herbs, and lots of lime juice. The fish is prepared raw so it has to be super-fresh, and ceviche is often considered to be a dish best enjoyed near the coast, though you will find it throughout Peru. The key to this most renowned of Peruvian dishes is that the fish is chopped in such a way that the lime juice can cure it in minimal time as it all steeps together for a few minutes before serving. Some researchers believe that a dish similar to ceviche has been eaten in the region for two millennia, and though Peru claims it as its own, it is now found throughout much of Latin America. 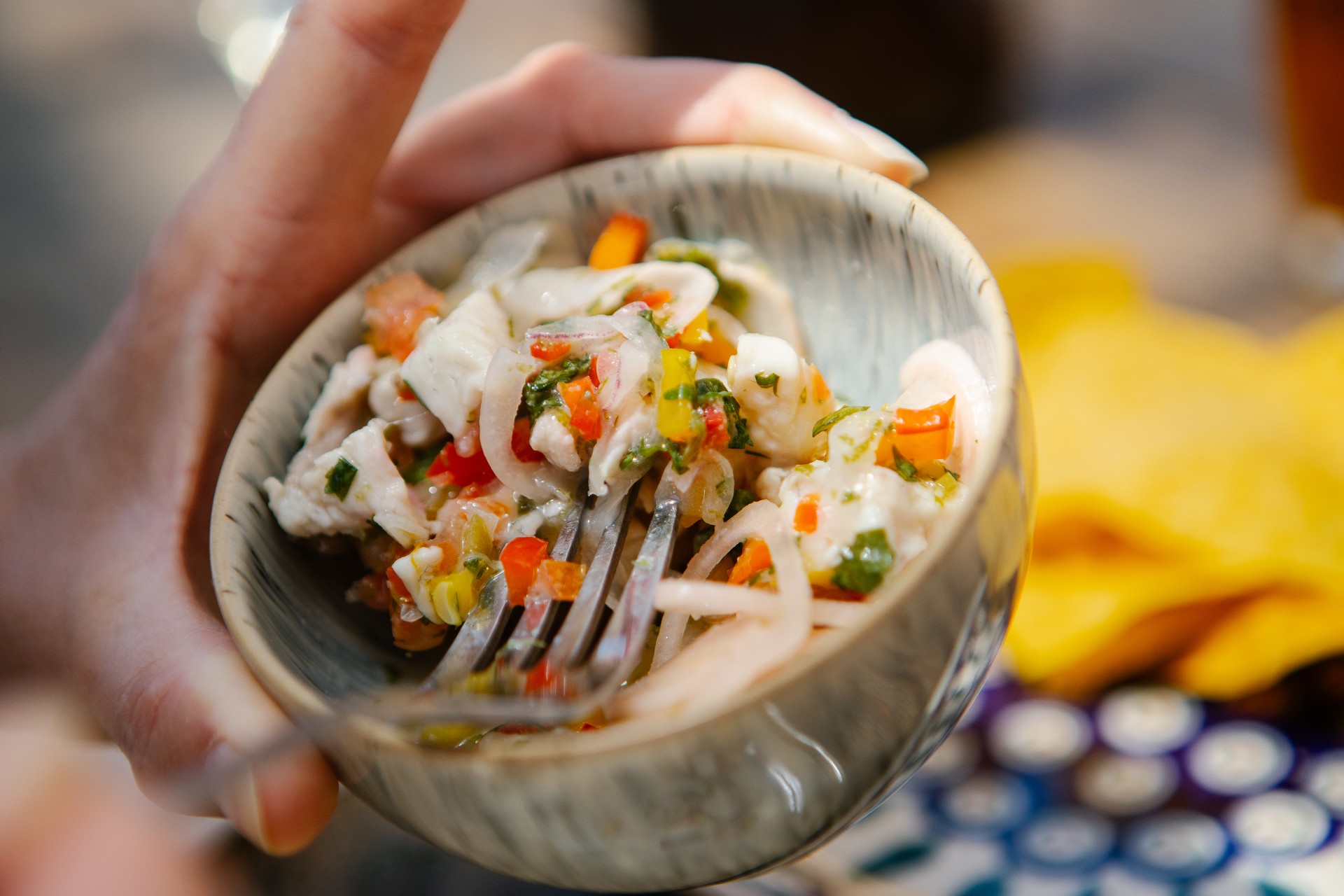 Another dish synonymous with Peruvian cuisine, lomo saltado perfectly encapsulates the essence of Peru. It’s a mixture of Peruvian flavours with Chinese technique and to all intents and purposes it’s a stir fry with beef, vegetables, chilli sauce and potato fries. The key flavourings are the famous Peruvian aji paste - a kind of ketchup made of chillies - and for that Asian twist, a good slug of soy sauce and some fresh ginger. The culinary tradition created by the combination of Chinese and Peruvian flavours and traditions is known as Chifa, and lomo saltado is the epitome of this tradition, though it appears in various dishes throughout Peru. When a wave of Chinese immigrants arrived in Peru around the turn of the twentieth century, they brought wok cooking and flavours such as soy sauce with them, and today Chifa cuisine is hugely popular throughout Peru and beyond. 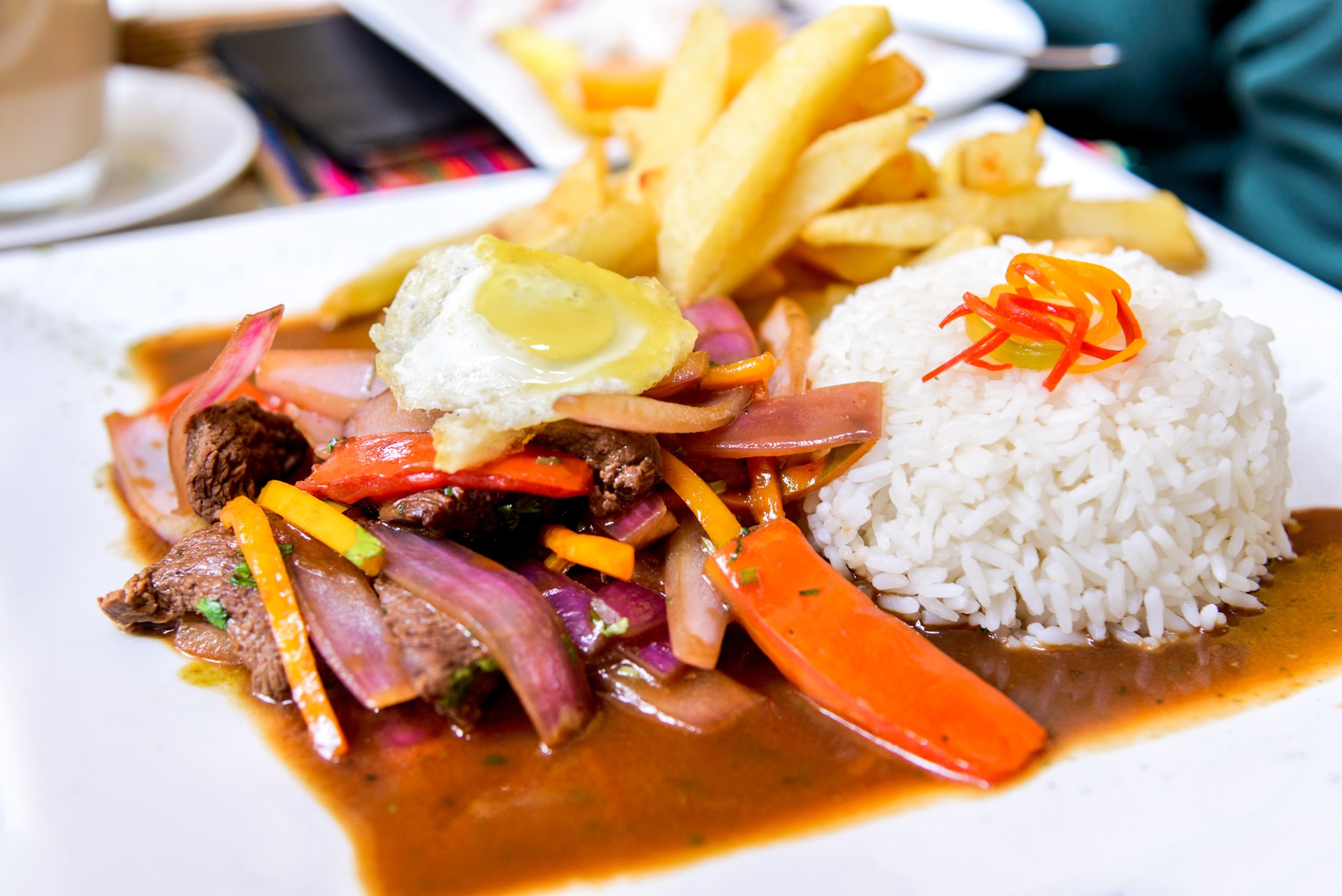 Another classic dish from Peru is aji de gallina, a creamy spiced chicken stew which is pure comfort food. Theories of its origin vary, with some experts attributing the recipe to African roots, others to the Spanish conquistadors. The key flavour of the stew comes from the aji amarillo chillies which give it a mild kick and the lovely yellow colour. It's a great recipe for using up leftover roast chicken or turkey and it's pretty simple to make, involving a smooth mixture of bread soaked in milk and walnuts, cooked through with onion, garlic, the special yellow chillies and a pinch of turmeric, all dished up with a garnish of sliced boiled eggs and olives. Such a soothing and warming dish is usually served with rice in Peru, making it a really hearty meal. It may be simple but it's truly delicious and you will certainly come across it on your Peruvian travels, so tuck in! 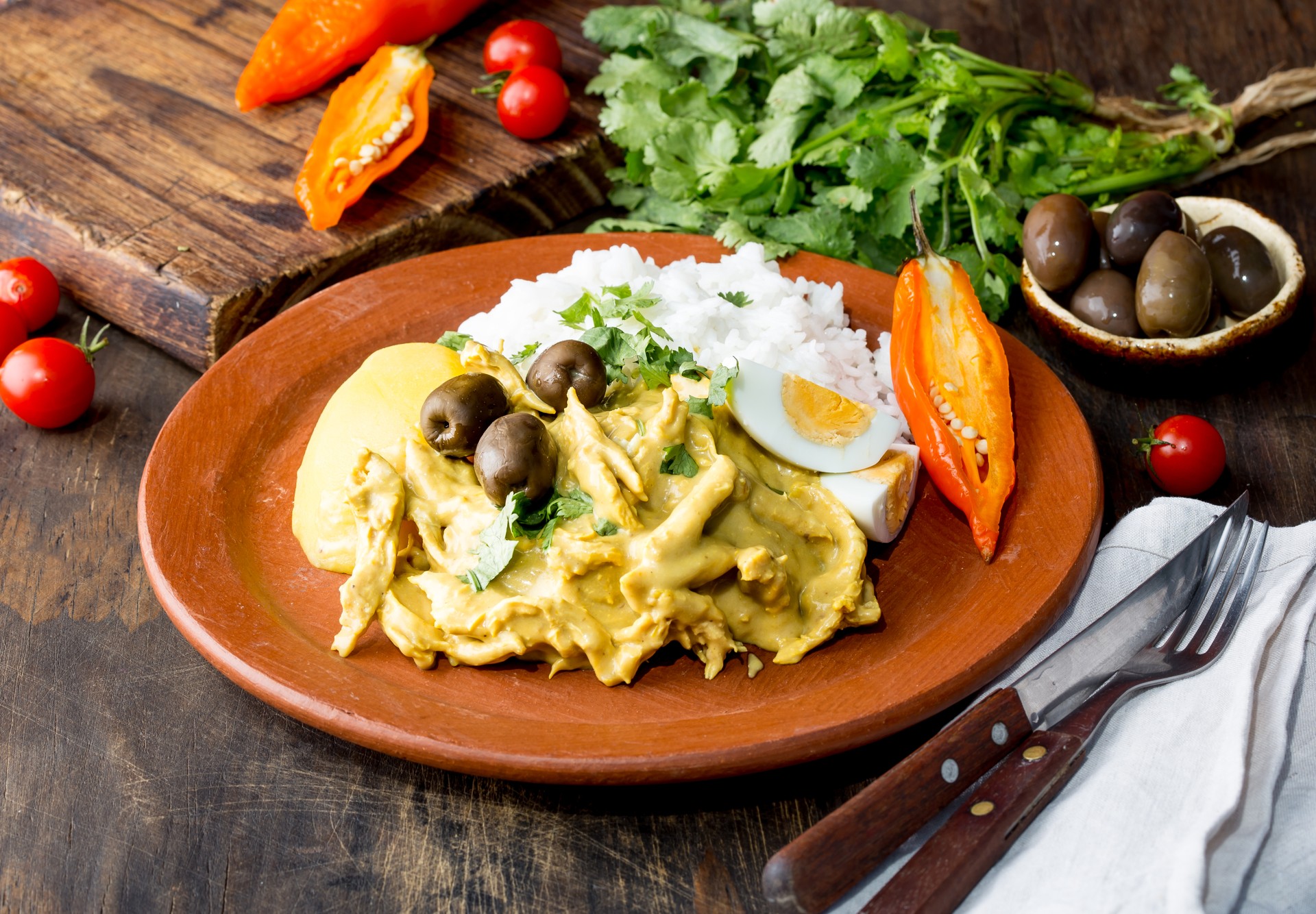 In the Quechua language, pachamanca means ‘earth oven’ and it refers to a dish that is cooked precisely as you would expect - in an underground oven. This traditional method of cooking originates in the Andes and involves cooking using hot stones which are fire-heated before being buried in layers in a shallow pit with foods such as meat and potatoes slow cooked between each layer of heated stones. An authentic pachamanca would be seasoned with wild mint, but modern versions make use of a selection of herbs and spices to marinade the meat and veg before cooking, such as cumin, oregano and coriander. The traditional meats used would be chicken or lamb, whereas today pork is just as popular, and the veg should include corn, potatoes and sweet potatoes. The slow cooking gives a very succulent result with a great flavour. 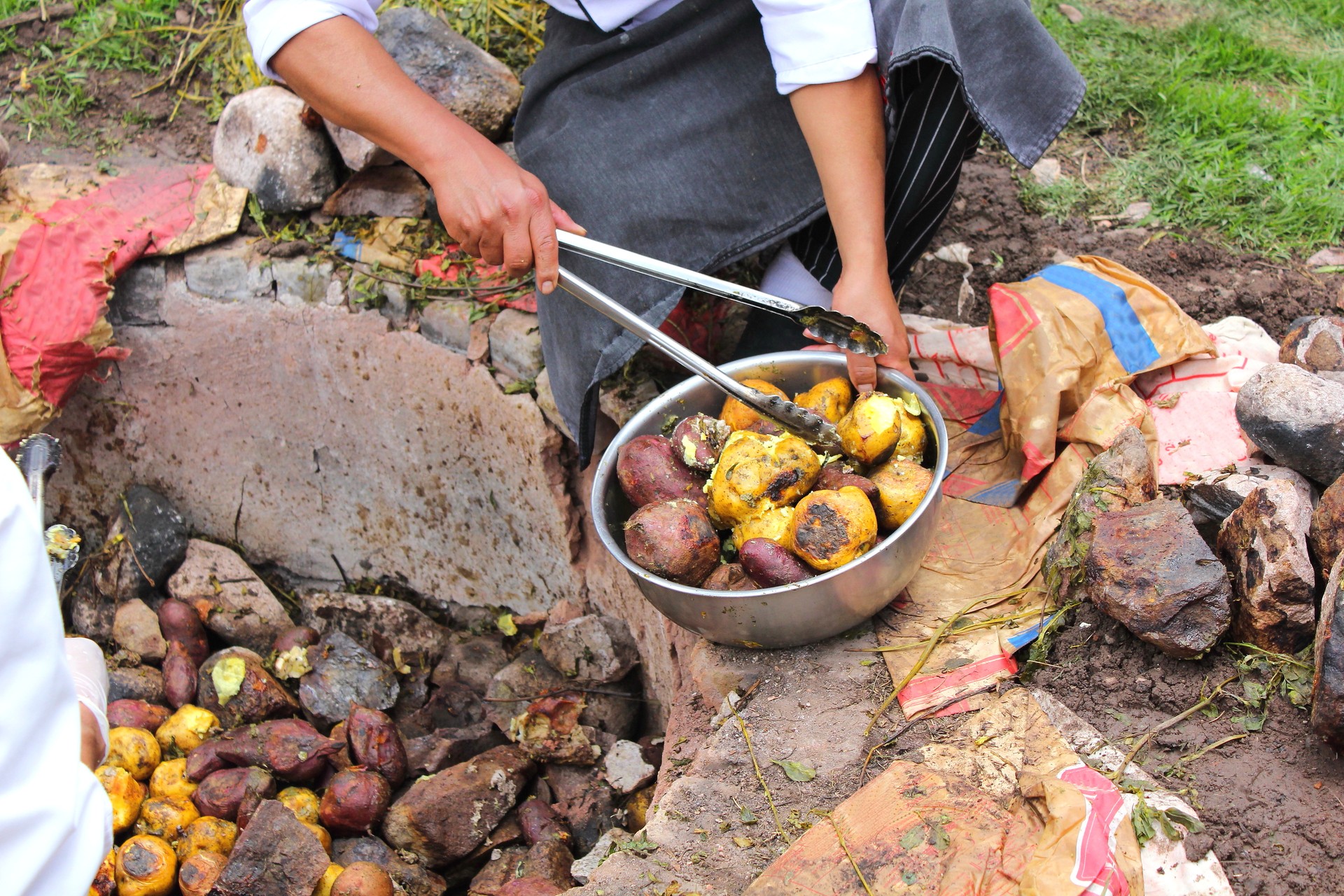 A dish originating from Arequipa, this is a really flavoursome and indulgent dish with a lovely undertone of chilli heat. It consists of stuffed rocoto peppers, which look like innocent bell peppers but are actually a variety of chilli pepper. Chefs do usually use various methods to tone down the heat of the peppers before stuffing them, but beware the odd rogue pepper that is still fiery hot. The stuffing traditionally consists of chopped seasoned beef, chilli paste, onion, garlic, peanuts, olives, hard boiled eggs and raisins. The topping is a creamy mixture of egg and cheese which oozes out while cooking, so the peppers look amazing when they are served. This tasty, spicy and hearty dish is traditionally served in its home town with a generous portion of potato gratin on the side. Yum. 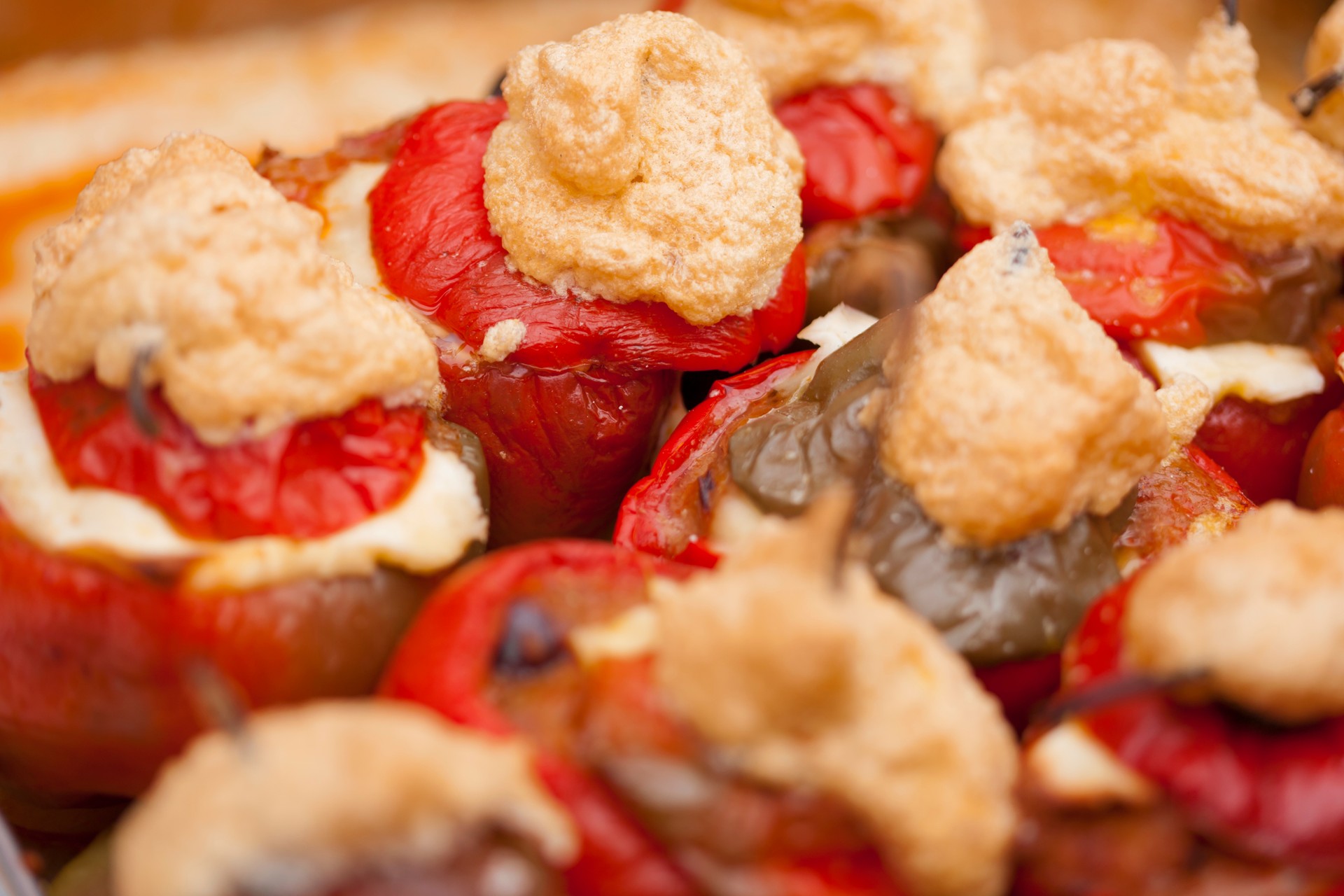 Five times the winner of the Leading Culinary Destination at the World Travel Awards, Peru is a country where food is moving ever closer to the top of the holiday highlights list. Whether you decide on a specifically food-centric trip or you simply enjoy the cuisine while touring the sights, our local specialists will ensure you have the opportunity to enjoy some memorable Peruvian meals on your travels. Get in touch with them today with a few details about your requirements and they will get back to you with some ideas for your bespoke Peru itinerary. To speak to someone in the TravelLocal office, please call +44 (0)117 325 7898.