In the Spotlight: Giles Milton

Every destination has stories to tell. Whether you’re in a teahouse in Iran or a bustling Moroccan souk, there are always local experiences just waiting to be shared. These stories belong to the rich and varied cultures that produce them and, in turn, to the individuals who choose to share them.

Giles Milton brings these stories to life. With nine published works, and hundreds of hours spent in archives, he gives little-known historical figures a spotlight. From swashbuckling sea dogs to sultry Moroccan imperial courts, his books give form to the forgotten and a voice to the voiceless. With a focus on individual experiences from around the world, he brings history to life in an engaging and exciting way.

We caught up with Giles to chat about his latest book, the countries that inspire him and the local experiences he’s had along the way…

TL: Can you tell us a bit about your new book The Ministry of Ungentlemanly Warfare?

Yes, it tells the story of six maverick gentlemen who were chosen by Winston Churchill to plan a dirty and underhand war in Nazi occupied Europe. Each of the men was brilliant and eccentric, and that is exactly why they were chosen. They dreamed up lateral solutions to a seemingly intractable problem - how to destroy Hitler’s war machine.

They realized that a highly mechanised army was far more vulnerable than first appeared. The German Wehrmacht was totally dependent on infrastructure, on fuel supplies, on bridges and railways. Destroy an oil depot and you could paralyse the army. Blow up a key bridge and you could stop it in its tracks. In modern parlance, they were able to ‘think outside the box’.

These men – all of whom had unorthodox skills – ended up planning many of the most audacious acts of sabotage of the Second World War. Churchill called them his ‘Ministry of Ungentlemanly Warfare’. If the name was humorous, its work was anything but: assassination and guerrilla warfare was the day-to-day business of The Ministry.

TL: It feels like a real life Bond novel (and something that we should expect to see in the cinema!) Have you ever had an approach from Hollywood?

There’s been a lot of film and TV interest in a number of my books. White Gold, Nathaniel’s Nutmeg, Samurai William and The Ministry of Ungentlemanly Warfare have all been optioned by film and TV companies. The difficulty has always been the cost of bringing them to the screen. Although they all tell highly personal stories, these stories are set against an epic backdrop of war, piracy and colonisation. Such things don't come cheap!

The good news is that the project to turn The Ministry of Ungentlemanly Warfare into a major TV series is now underway… it’s looking like it might even get made!

TL: Looking back at your oeuvre you seem drawn to a particular kind of history - stories of danger and adventure but also a fascination with the forgotten and seemingly unbelievable. Where do you think that interest stems from? 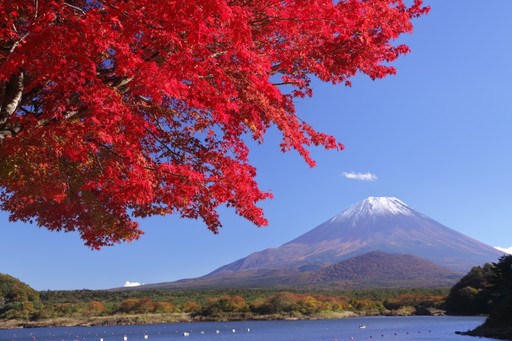 I have always been interested in the stories of ordinary people who, through no fault of their own, find themselves caught up in extraordinary events.

One of my books, for example, tells the story of William Adams, a sailor who was washed up on the shores of Japan as a shipwrecked mariner in 1600. He ended up living the rest of his life in Japan, rising through the ranks to become a samurai.

These sort of stories fascinate me - I love spending time in the archives searching for lost and forgotten documents. You can spend days of fruitless searching – very frustrating – but then you strike gold just as you are about to give up. That was certainly the case with my book, Nathaniel’s Nutmeg.

TL: You are also obviously drawn towards travel. What was it like researching in the various locations of your books - Indonesia, Morocco and Japan for example? Do you have any favourite memories from those countries?

I think it’s important to visit the place you are writing about, even when you are writing a work of history. What I had not realized was that these trips would result in the discovery of so much new material. 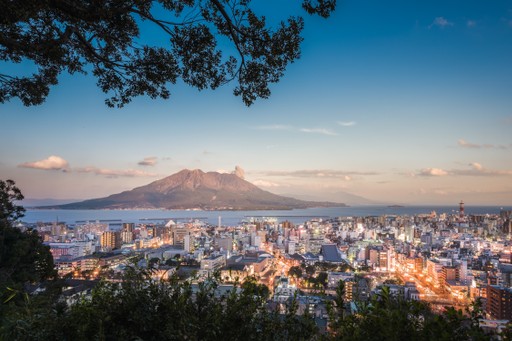 In Japan, I found fascinating accounts written by the first Japanese to encounter the European mariners washed up on their shores. The Japanese were utterly disgusted by the English seadogs, who were uncouth, rarely washed and had no understanding of the complex rules of Japanese social etiquette. Such cultural misunderstandings exist to this day, of course, which is why travelling with local guides (who can pass on knowledge about their own culture) is so important for those who really want to understand a country.

In Morocco, too, I found my assumptions being turned on their head. For me, Sultan Moulay Ismail was a complete monster – a tyrant who treated his European slaves with absolute contempt. But in Morocco, he is one of the great heroes of Moroccan history: a ruler who was powerful enough to deal with the West on equal terms.

TL: Have you met people on your travels who have influenced you in a similar way? Any great stories to share?

One of the great experiences of my writing and travelling life was interviewing the last survivors of the great Smyrna catastrophe of 1922, when the most tolerant city of the Middle East – and the only one with a majority Christian population – was wiped off the face of the earth.

Some half a million innocent civilians found themselves caught up in a human catastrophe on a scale never before experienced. I interviewed a handful of survivors who were able to describe the golden city of their childhoods – a place where scores of nationalities and faiths lived side by side. It was a profoundly moving experience, for both them and for me. 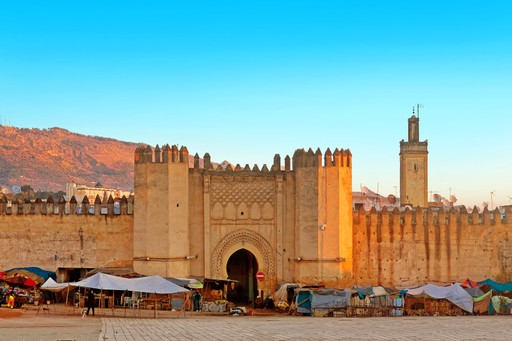 TL: You’ve written about the early colonial period extensively, as well as WWII in the Ministry of Ungentlemanly Warfare. How do you choose the subjects of your books, or do they choose you? Are there any other historical subjects you would love to write about?

I am always looking for highly personal stories that open a window on a big historical period – preferably one that is little known. This was the reason why I chose to write White Gold – the story of an English boy sold into Moroccan slavery. His personal story is as fascinating as it is harrowing, and it enabled me to tell the wider story of the one million Europeans who were taken into slavery in North Africa

TL: Nathaniel’s Nutmeg was an international bestseller in an era when history didn’t top the charts. Was that a surprise to you? And can you remember the moment when you first thought “I have to write about this”?

The success of the book was indeed a surprise: it was in the bestseller lists for many weeks, not just here but in many countries. The story is so bizarre and colourful that it’s hard to believe it’s true!

The fact that the beginnings of New York lie in an impossibly remote island at the other end of the world astonished me. And when I realized that the story involved the East India Company, which kept virtually every letter and diary ever written by its employees, I knew I was onto a winner!

TL: It’s also a very violent tale indeed, likewise with the imperial court at Meknes in White Gold. As you researched, were you ever shocked by what you found?

I have read so many stories of brutality that I am no longer easily shocked: the early colonialists behaved with unspeakable violence towards the people they were attempting to subjugate.

But the horrific behaviour of Jan Coen has an unusual twist: he was – if anything – even more cruel in his treatment to captured English mariners than he was to the indigenous populations. This is surprising: usually, Dutch and English seadogs helped each other when thousands of miles from home. But Coen displayed an equal level of violence to all who crossed his path. He was – if nothing else – consistent in his behaviour.

TL: Have you ever visited a country and thought “this is absolutely nothing like what I’d been told”? We hear this a lot specifically about Colombia, Iran, Ethiopia, Indonesia and Japan - it goes to show how many surprises there still are for travellers. 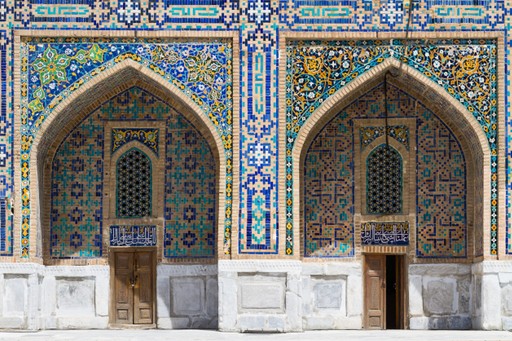 Yes, absolutely. For instance, I travelled to Iran expecting a frosty reception, but  the experience could not have been more different. Everyone I met was polite, curious and desperate to talk. Not an inch of hostility: quite the contrary – everyone wanted to know about life in the West, and many people were outspokenly critical of their own government. That was something I hadn't been expecting at all.

Japan was somewhat different: I arrived there with a romantic idea of the country – tumbledown temples, wild scenery and scenes from My Life as a Geisha. What I found was a modern, vibrant country that has a very powerful sense of its own traditions. And although modern Kyoto is very different from how it is often portrayed, I was amazed to see families gathering under the flowering cherry trees as they picnicked their way through the afternoon, reciting poetry and slowly unwinding over vast quantities of strong liquor.

I’m not sure I’ve been saved by local advice, but such advice has frequently enhanced my experience of travelling. If you are lucky enough to have the best local guides, it almost always makes the difference between an indifferent trip and one that will remain with you forever. The best experiences usually involve being invited into someone’s home: it is, I think, the greatest privilege of travelling and the one time when you can really get to grips with a foreign culture. When you’re inside someone’s home, you cease to be a tourist. Rather, you are a guest – and that is an unforgettable experience.

TL: And, we’ve got to ask, what would be your top three dream destinations and why? 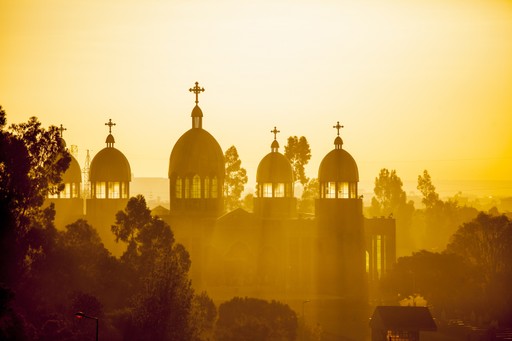 My favourite country is Morocco – I’ve been there at least eight or nine times. Wonderful people, great food and fabulous monuments. The city of Fez is a place I could visit time and again -  a place of extraordinarily talented craftsmen.

Ethiopia is top of my wish-list for countries to visit: I’ve always wanted to travel there, so hopefully the coming year will see me stepping on a plane to Addis Ababa.

And I have to mention two other countries which I found fascinating: Syria and Yemen. Both are now, of course, too dangerous to visit. I’m glad that I went when I did: they provide me with my travel motto. Go while you can, wherever it might be.

To hear more from Giles, or to get more information on any of his books, head to his website: http://www.gilesmilton.com/. If you fancy getting to know Japan, Morocco, (or any of Giles' other top picks) head to our destination pages or send an enquiry to our lovely local operators.

Interview with one of our local partners in Morocco