Vast grasslands, dense jungle and tropical coastlines combine in Colombia; the most biodiverse country in the world by square miles. It is home to over 450 species of mammal and an unbelievable 1,850 birds, all of whom are split across its various ecosystems. Despite this incredible diversity, Colombia’s 58 protected areas remain relatively untouched by tourism. Visitors flock to the cities and coffee regions, leaving all but the most famous parks unvisited. 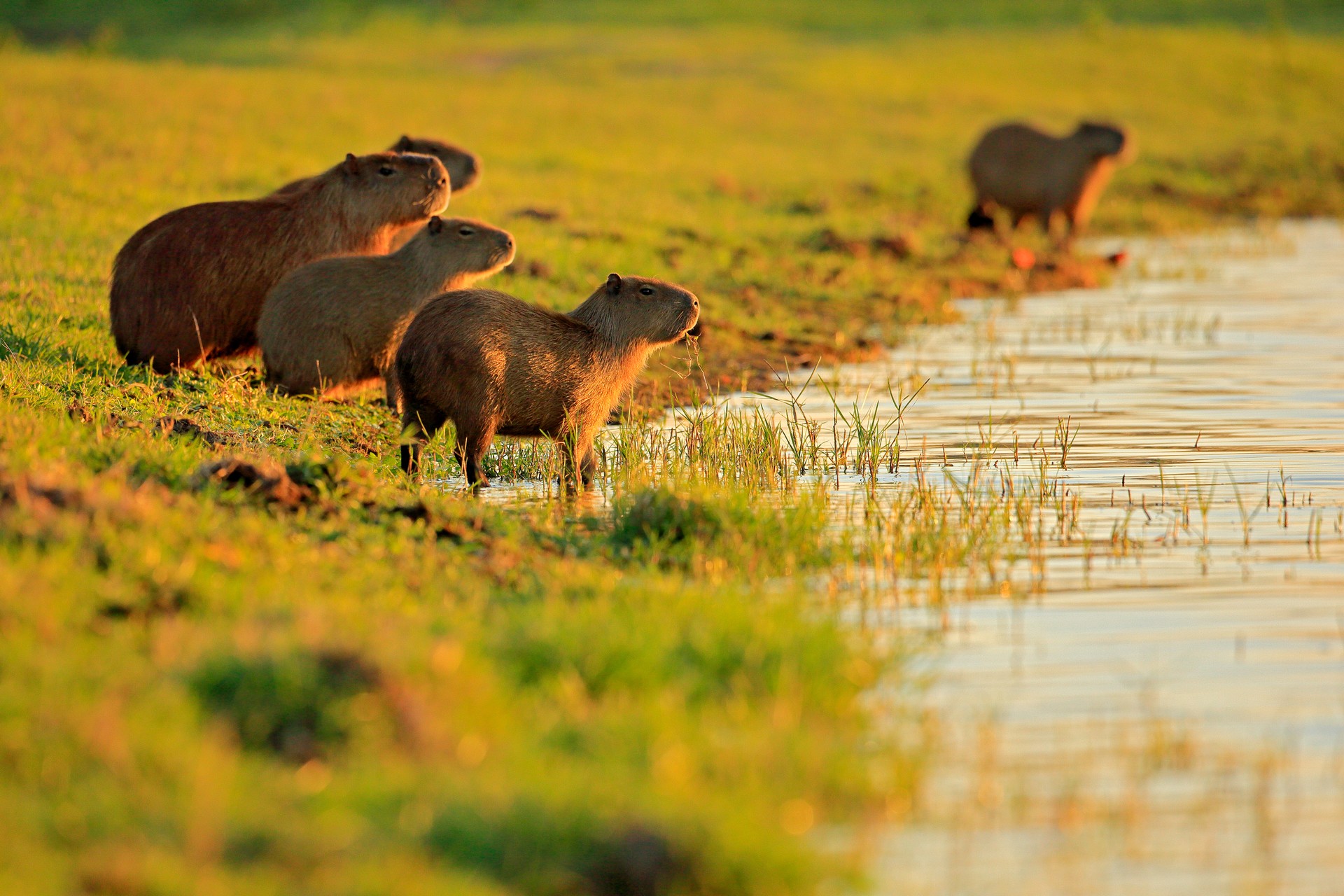 This means that, for the intrepid, there are a wealth of wildlife experiences to be found within the country’s borders. We asked our local experts for their top recommendations for those seeking a taste of Colombia’s biodiversity and where they could hope to find it. 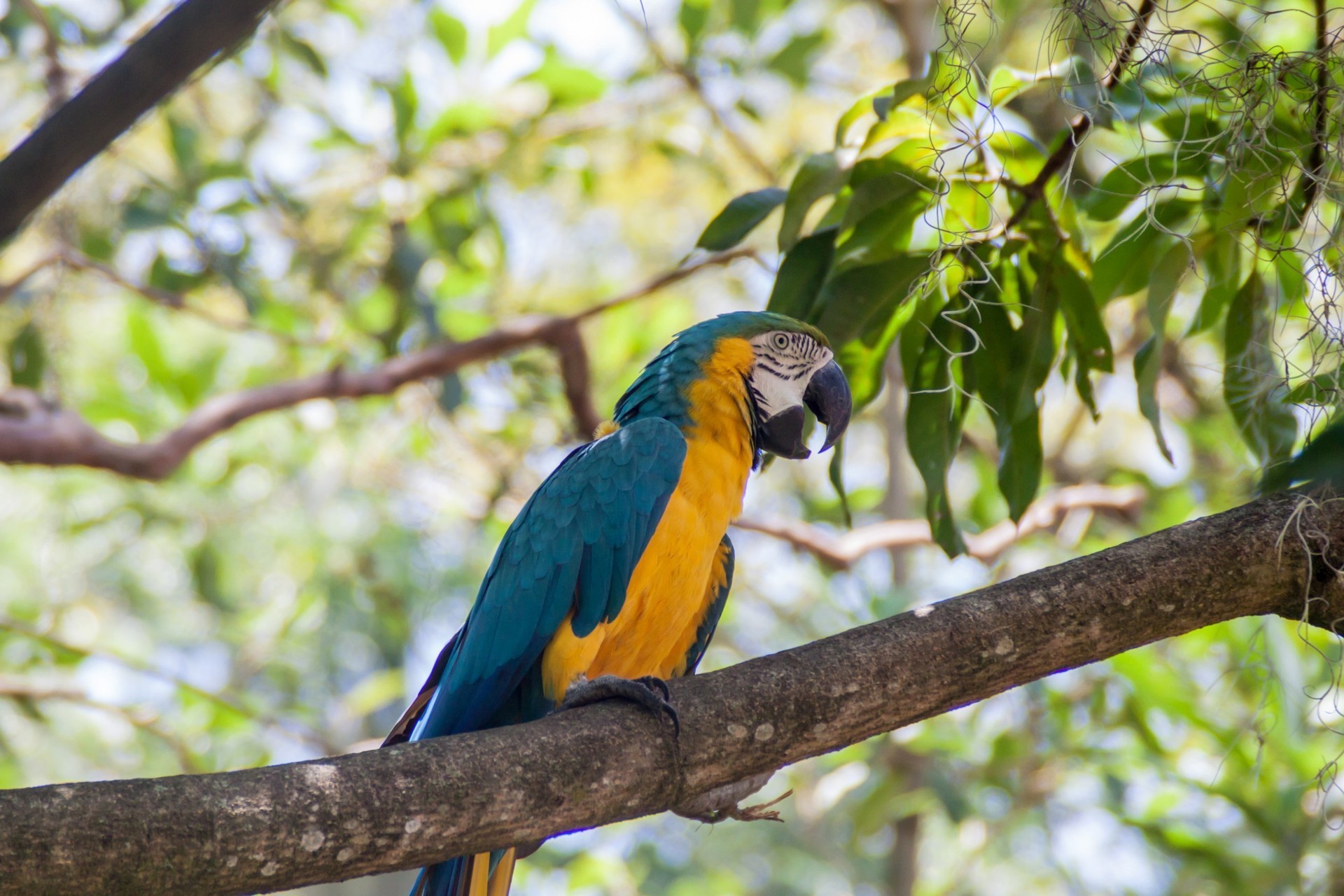 Humpback whales on the Pacific Coast

With its tropical waters and favourable climate, Colombia’s Pacific Coast is one of the most important breeding and calving grounds for Humpback Whales on the planet. Thanks to the warmth of the sea and the lack of predators, the humpbacks can breed and nurse their calves in relative safety. Following a mammoth journey across the ocean, the humpbacks arrive on the Colombian coastline in late June and tend to stay until mid October. During this period, visitors have the unique opportunity to witness the bond between mothers and their calves as they prepare for their return journey to the Antarctic.

For those wanting to see the whales in the wild, there are a couple of regions that offer unparalleled experiences. Our local experts particularly recommend Nuquí, a small town in northwest Colombia where the jungle and the ocean meet. It is known as a surfing hotspot and is a great base for exploring the dense mangrove forests of Utría National Park. 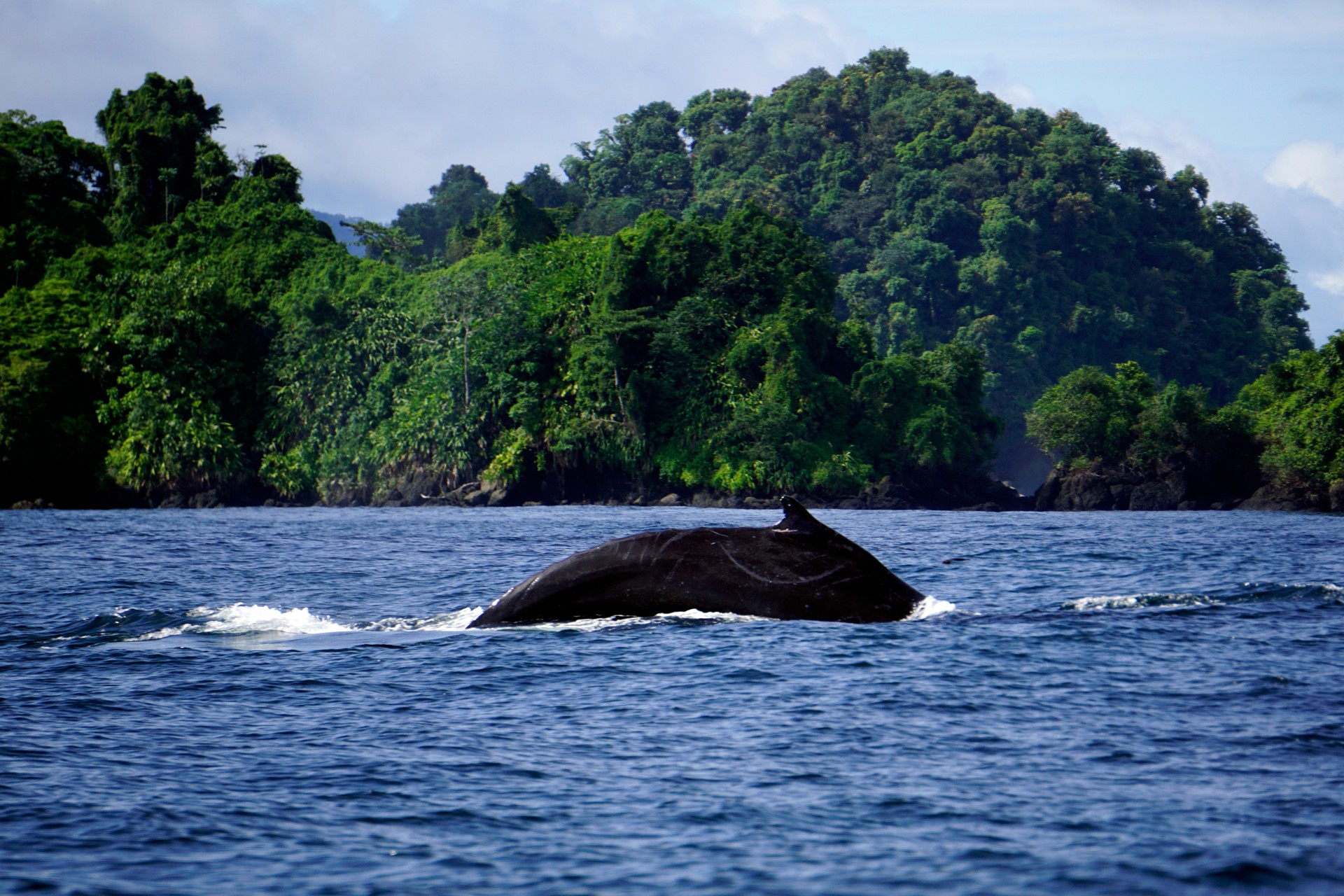 It is still little known to international tourists, who prefer the Caribbean Coast, but is becoming a popular holiday spot for Colombian city dwellers. This is partly due to its incredible beaches but also its annual wildlife spectacle - the humpback whale migration. The whales and their calves can often be spotted from the shoreline, breaching and playing in the shallow waters, but it is worth booking a tour to see them up close. There are traditional boat excursions or it is possible to join a stand up paddle boarding group tour. Participants paddle out to the pod with a trained local guide to observe the humpbacks and their young at close quarters. It is an unforgettable experience which is sure to be a highlight of any trip to Colombia. 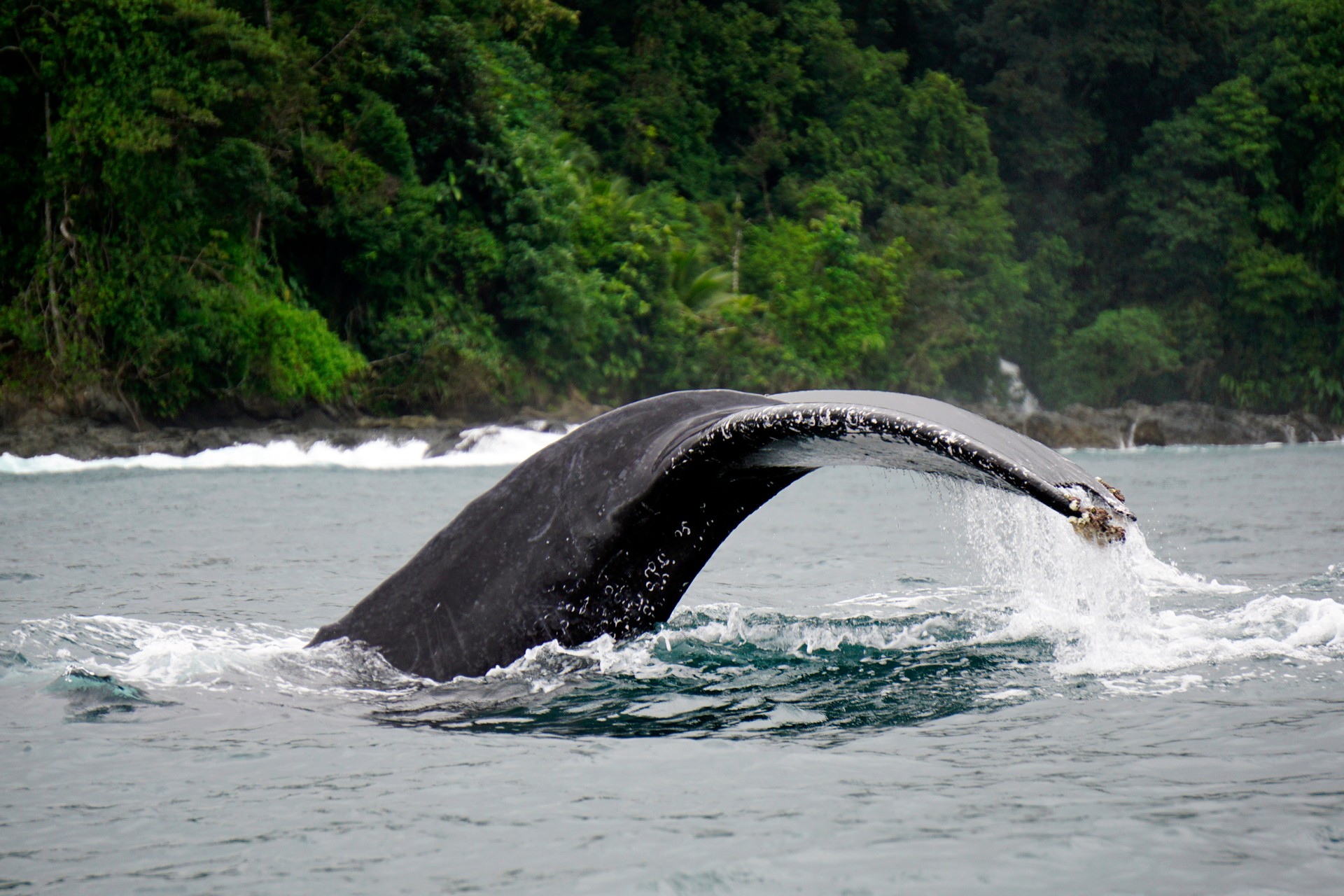 Snaking across Central America, from Mexico all the way down to the Amazon basin, is a link known as the Jaguar Corridor. This transcontinental line represents the final stronghold of a species which was once found all across the Americas. Following years of poaching and human wildlife conflict, jaguar populations have dwindled and they have only recently become the focus of conservation activists. The iconic cats are tough to spot in the wild due to their elusive nature, nocturnal habits and falling numbers. However, they are surprisingly widespread in Colombia; there have even been reports of sightings in Tayrona National Park, one of the country’s main tourist attractions. However, if a jaguar sighting is a priority for your trip, there is one park that stands above the rest. 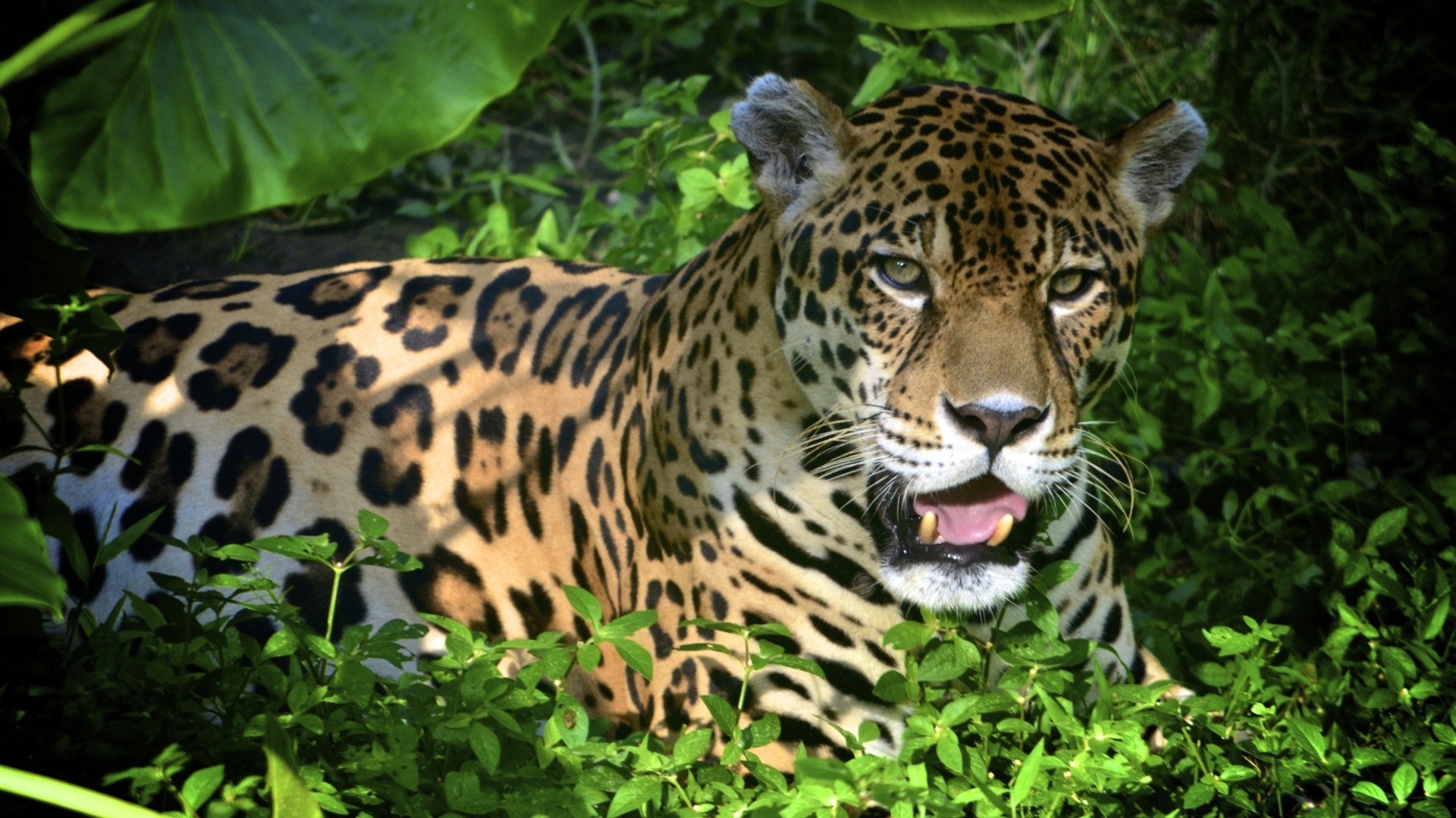 Widely considered to be Colombia’s answer to the Patanal, La Aurora Private Reserve is paradise for wildlife lovers. It is tucked away in eastern Colombia and encompasses a portion of Los Llanos, a vast grassland plain which floods up to a metre in the rainy season. These grasslands offer Colombia’s best safari experiences - open topped jeeps, dug out canoes and horseback rides in search of capybaras, deer, anacondas and countless bird species. Vagueros - Colombian cowboys - call the region home and guide visitors through the wilderness, sharing their knowledge and their experience. 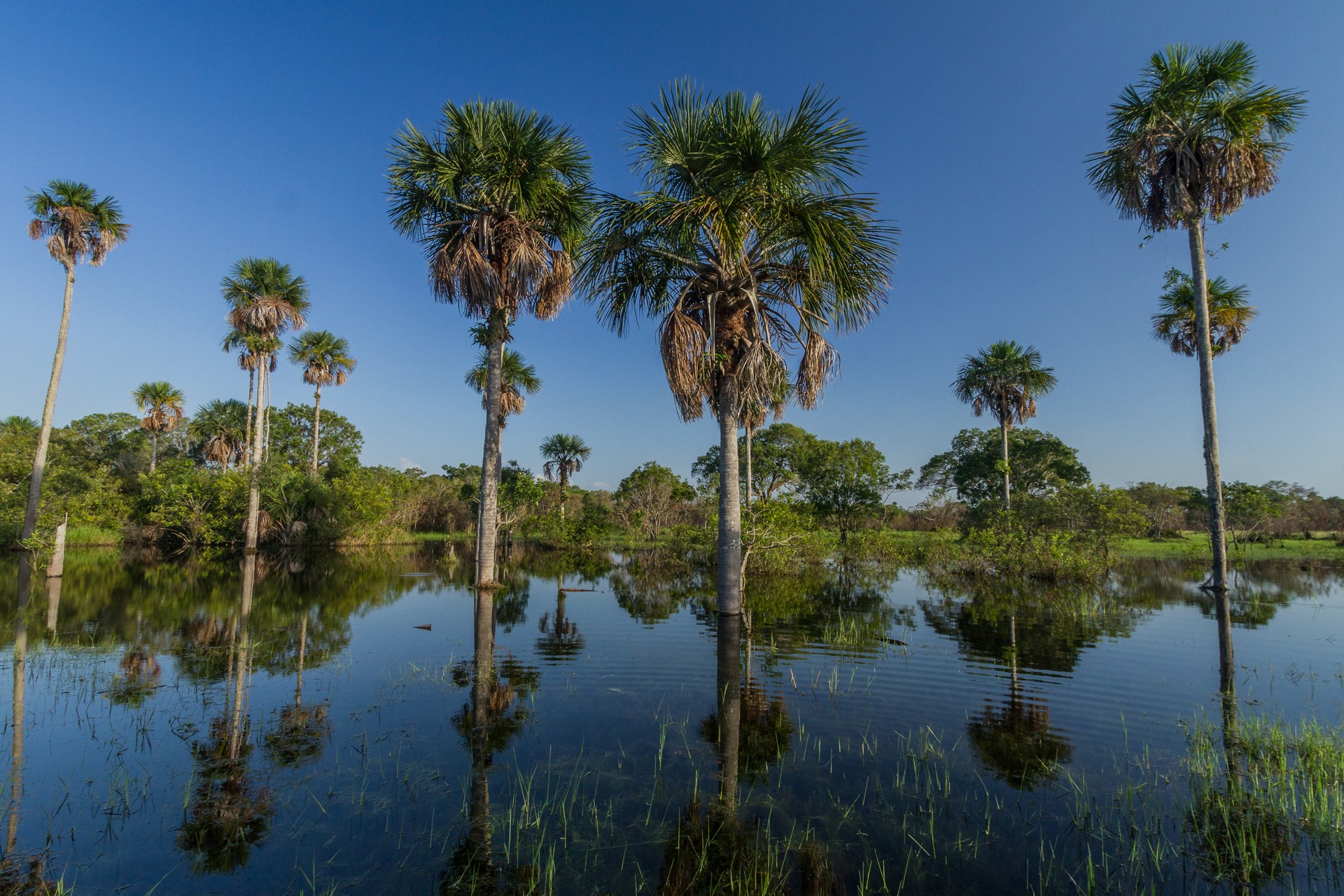 The Colombian Amazon covers almost a third of the country’s landmass. It is an untouched world of dense jungle, meandering rivers and unique wildlife which is becoming more accessible with every passing year. Within its waterways you will find a population of pink river dolphins, locally known as omachas. These intriguing cetaceans are only found in the freshwater rivers of South America and are known for their curious and playful natures. Unlike other species of dolphin, pink river dolphins are often spotted alone or in pairs and it is uncommon to see them travelling in a pod. Little is known about population numbers or their behaviour but recent work by WWF involving tagging dolphins in Brazil, Colombia and Bolivia aims to shed more light. 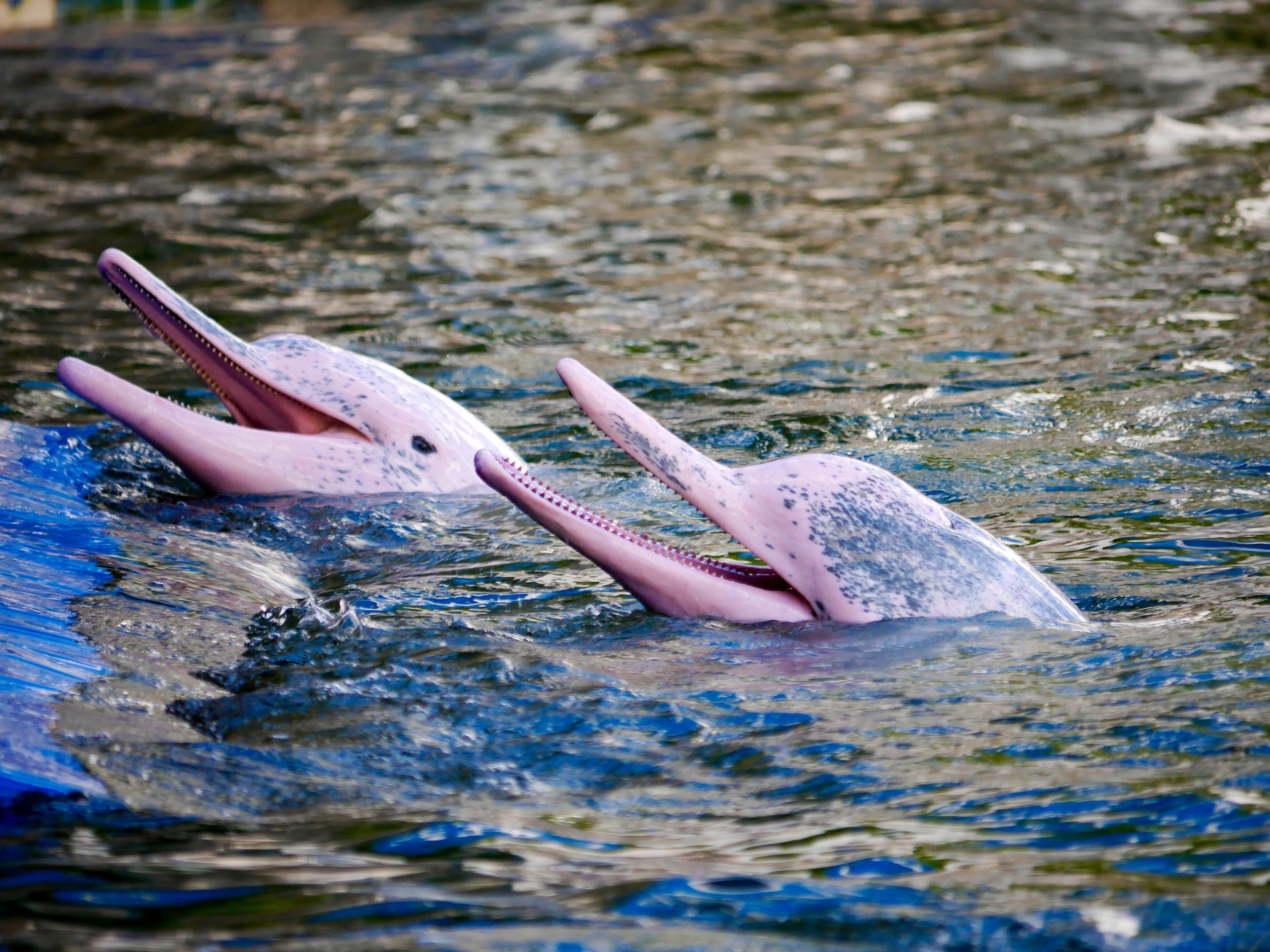 Those wanting to see pink river dolphins in Colombia have plenty of options to choose from. They are commonly spotted throughout the Amazonian region of the country and many travellers head to Leticia. This triple bordered city is usually the first port of call for visitors wanting to experience the Colombian Amazon. However, those wanting to meet river dolphins off the beaten track should head to the Guaviere region of the country. 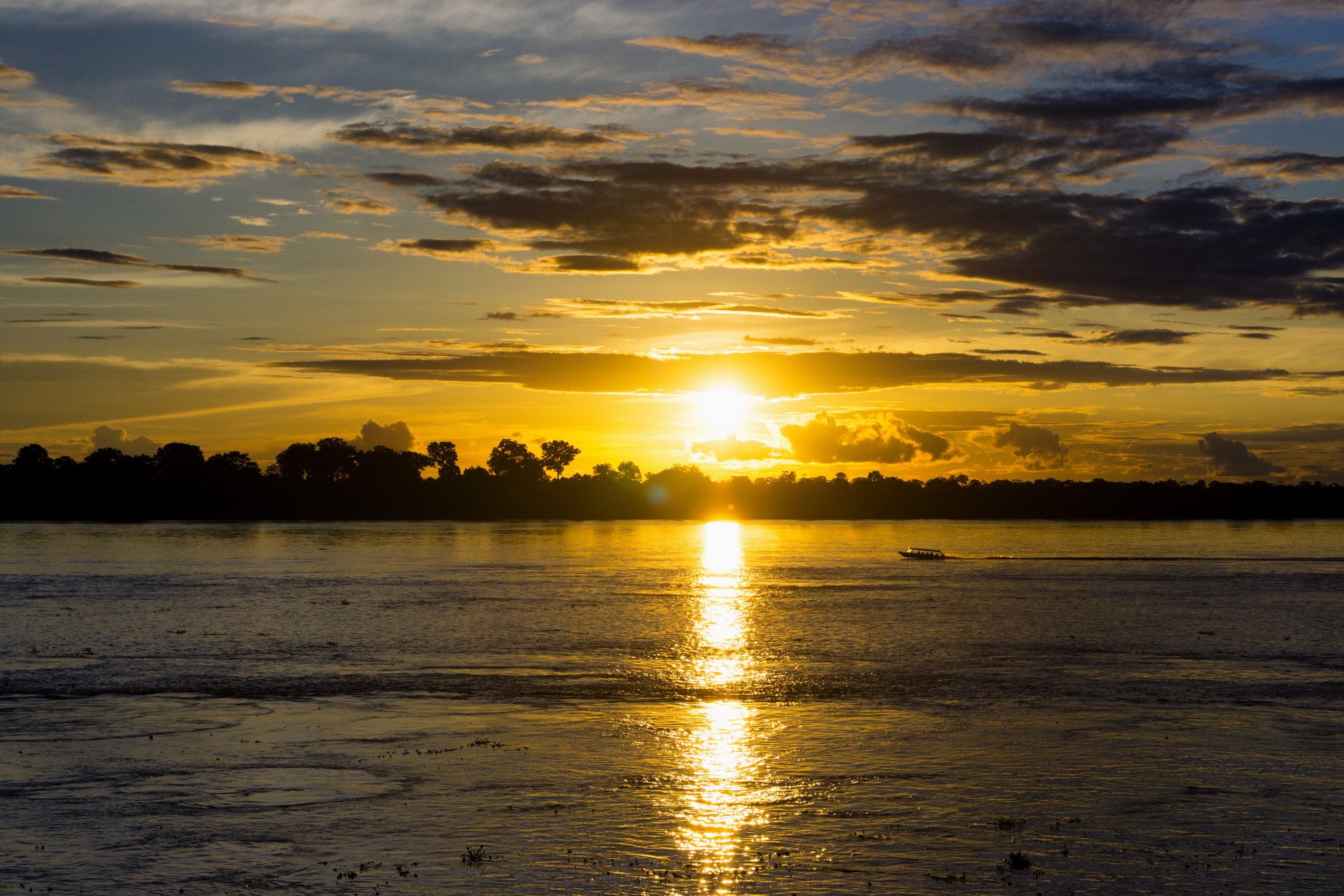 Deep in the jungle is Dames del Nare - an isolated oxbow lake which is home to a thriving population of pink river dolphins. It is possible to organise a canoeing excursion on the lake with a local guide to see these magnificent animals up close. The dolphins in this area are particularly relaxed around humans, having lived alongside the local communities for many years, and visitors can even take a dip in the lake to swim with them. 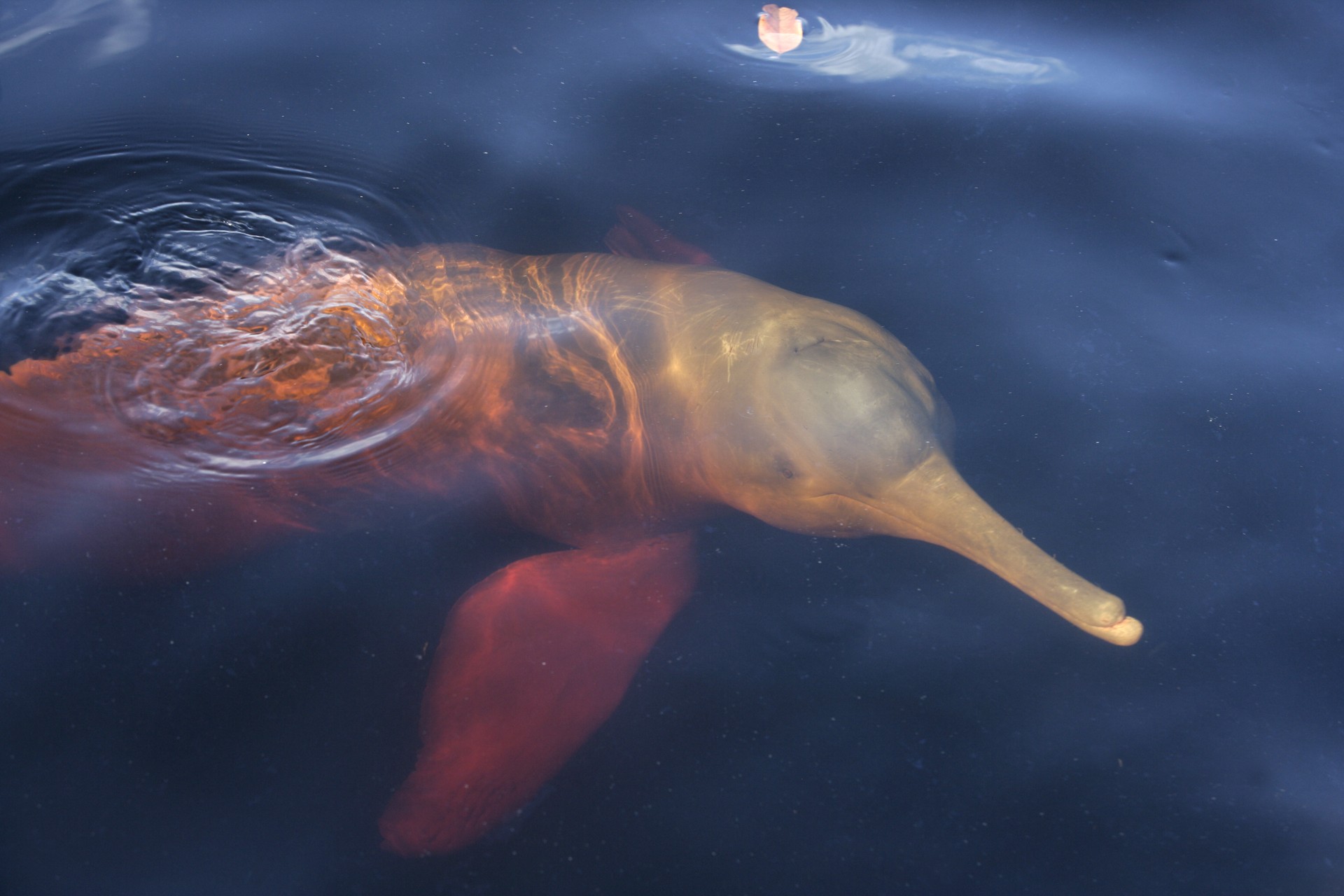 The only bear species native to South America, spectacled bears make their home in the dense jungles of the Andes. They are shy and elusive by nature, preferring a solitary lifestyle outside of breeding season. Despite this preference for solitude, increasing conflict with humans has left their population trending downwards. 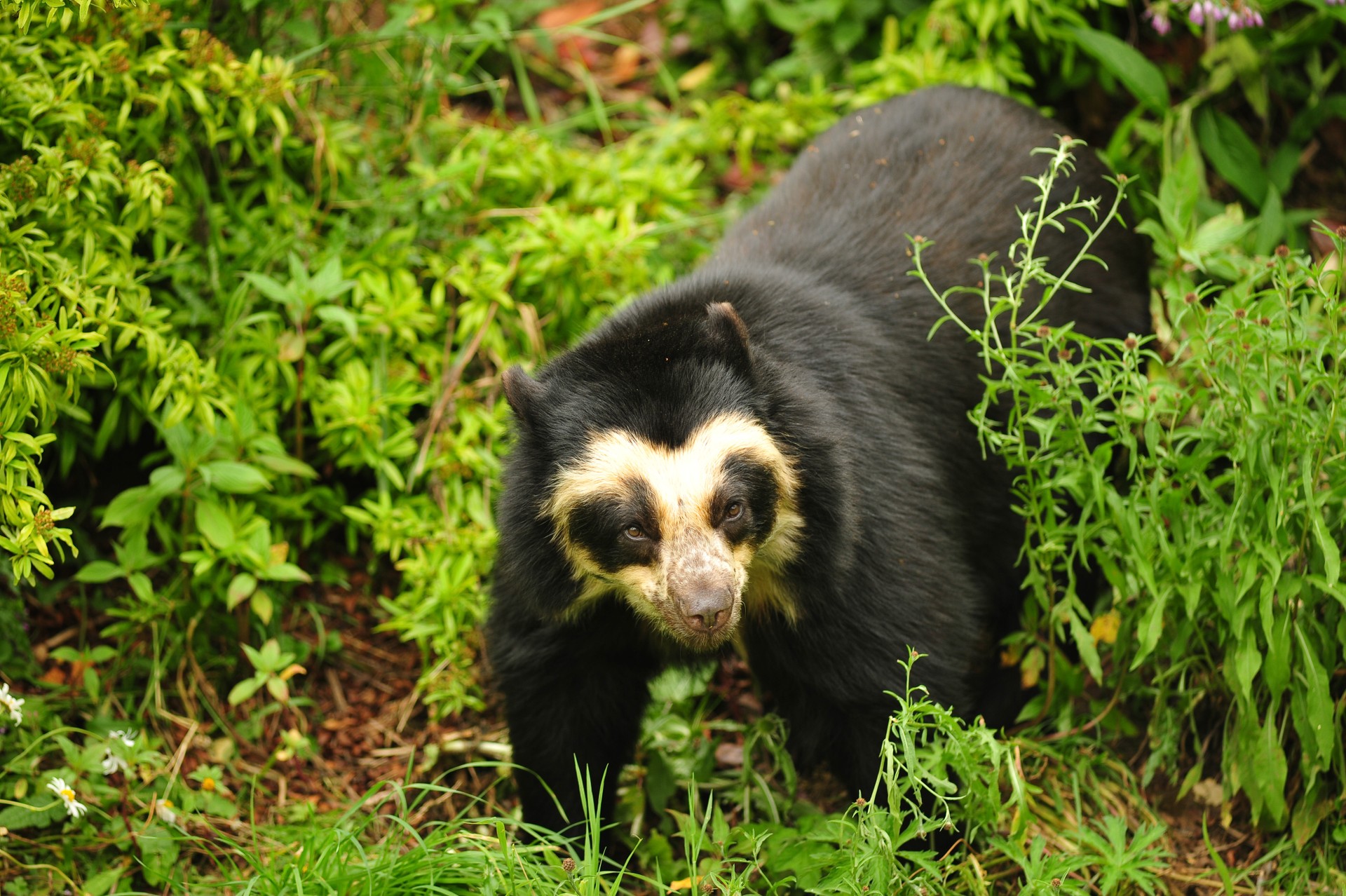 Agricultural frontiers have expanded into the jungles of the Andes in recent years, meaning that the bear’s habitat has become fragmented and they are often killed by farmers for raiding crops and livestock. However, a recent initiative in Colombia’s Antioquia province has created a ‘biological corridor’ to restore the bears’ ecosystem and monitor their progress. This, coupled with wildlife awareness courses for the local community, should help to raise the population. 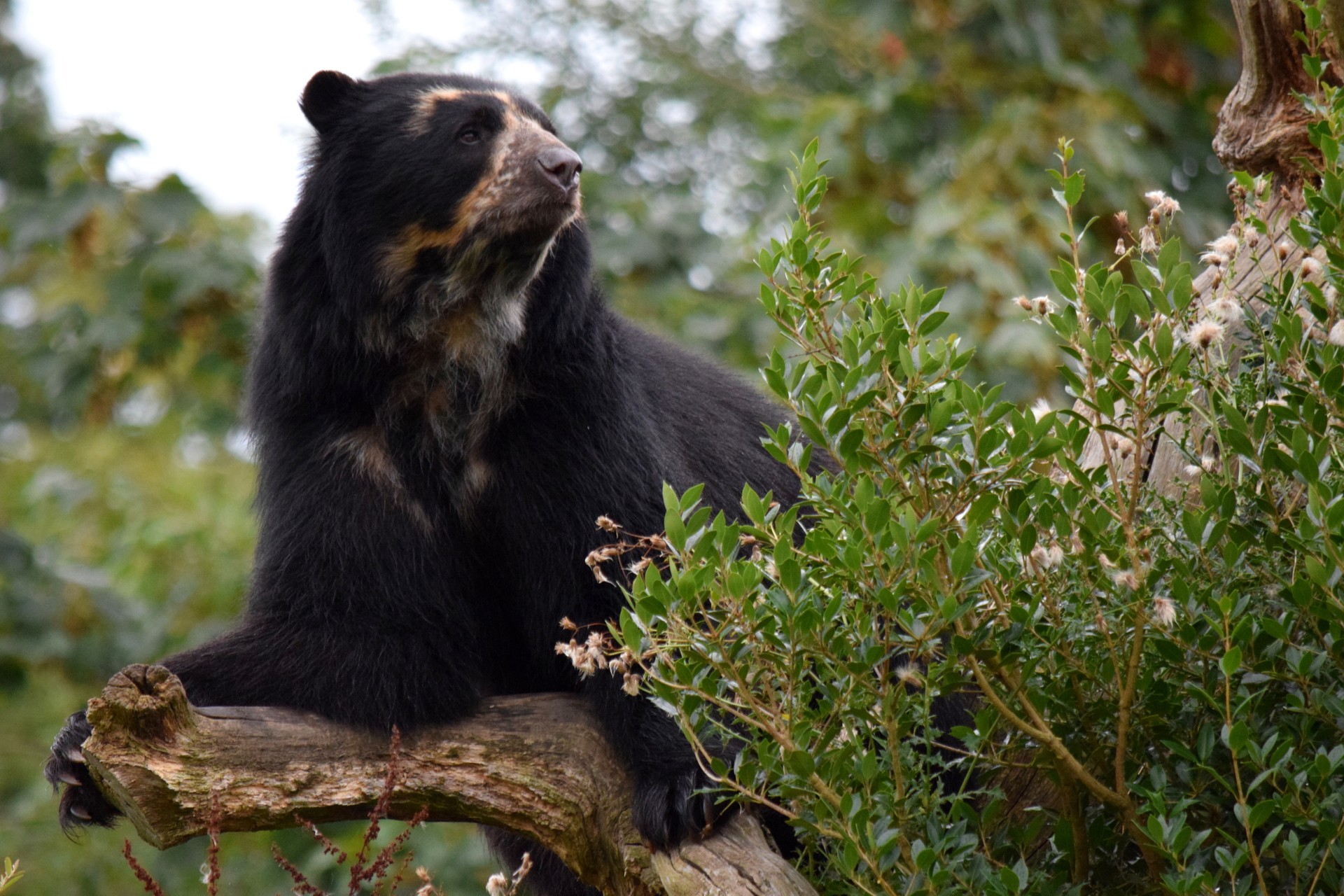 While it is tough to spot the bears in the wild, there are a couple of national parks that have become population strongholds. The most accessible of these is Chingaza National Park, a 189,000 acre reserve just northeast of Bogota. It is an easy day trip from the city as long as entrance permits have been secured in advance. The park’s vast moorlands are one of the best places in the country to catch a glimpse of the spectacled bear, but it is advised to explore the reserve with a local guide to maximise your chances. As well as the bears, the park is home to tapirs, ocelots, wooly monkeys and diverse species of bird. Even if the spectacled bear does not make an appearance, it is well worth factoring this park into your travel itinerary. 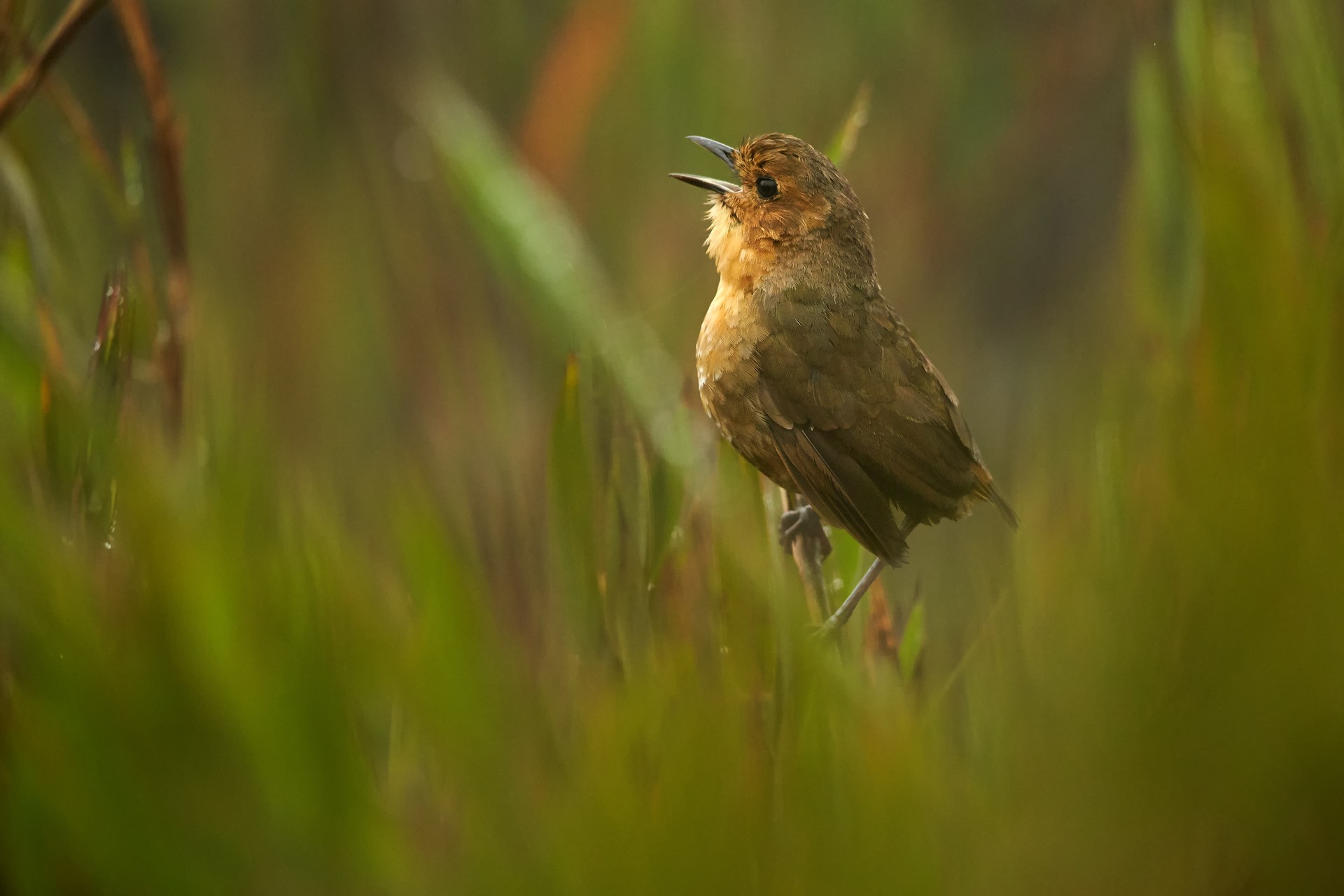 If you would like to explore the wildernesses of Colombia to spot its incredible wildlife, then don't hesitate to get in touch with our local partner company. They are experts at planning personalised trips to their country and would love to share the wonders of their home with you. Simply fill in our enquiry form to give them a good idea of what you want and let them do the rest. To speak with someone in TravelLocal, please call +44 (0) 117 325 7898.