Take a break from sightseeing on your next trip and immerse yourself in a serene underwater world where glittering fish flit among coral reefs or dolphins frolic in the waves. There is so much wildlife out there in the big blue, and we’ve rounded up some of the best places to see it.

Off the coast of Sabah in Malaysian Borneo an extinct volcanic cone lurks underwater, the tip of which has created the island of Sipadan, known worldwide as one of the best sites for diving and snorkelling anywhere. The pillar of submarine rock supporting the island is home to more than 400 species of fish, along with a host of other exciting marine life. 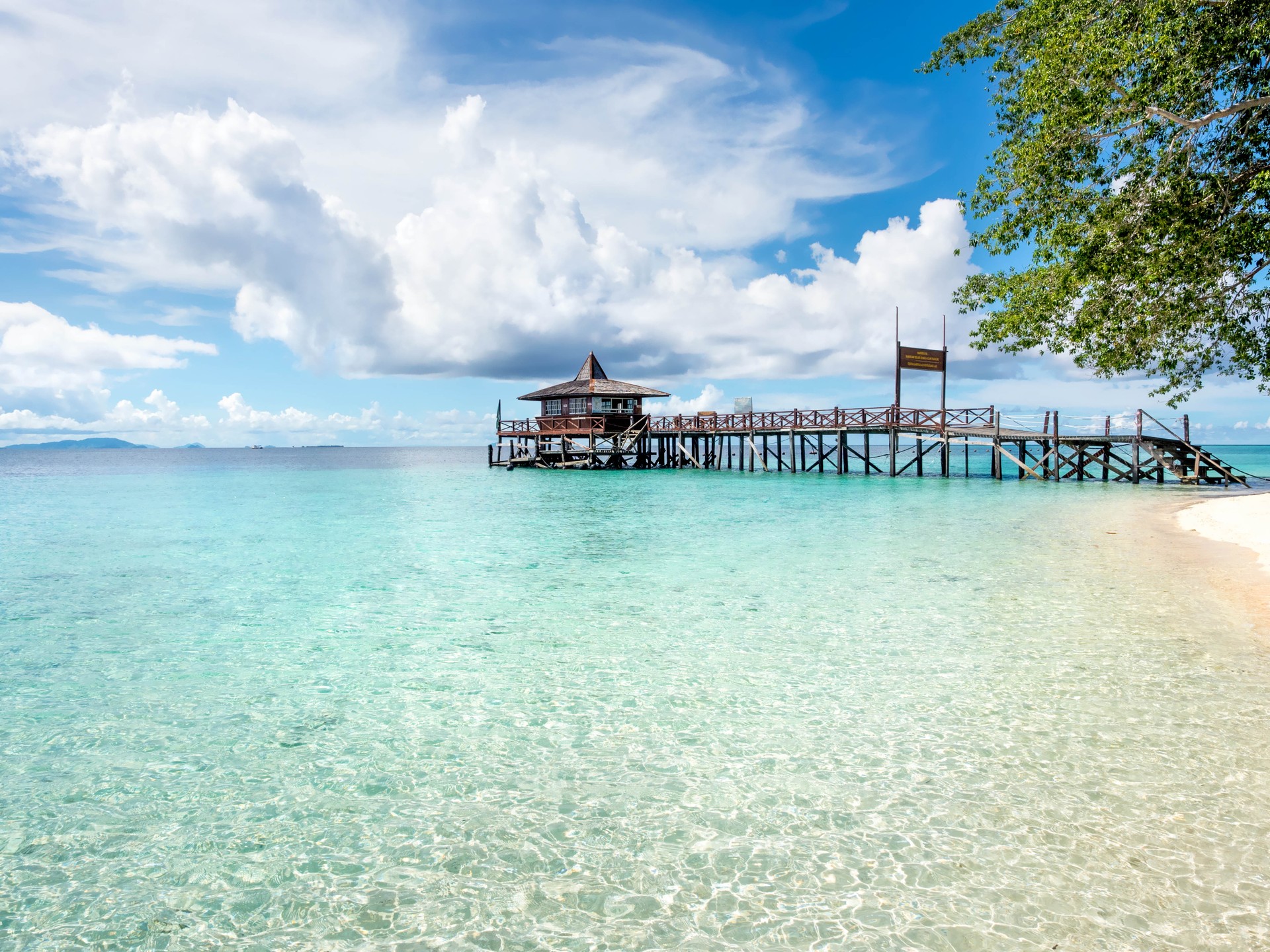 Green turtles and hawksbill turtles are frequent visitors and you may be lucky enough to see huge shoals of barracuda or bumphead parrotfish, various sharks and manta rays. Dive permits for this region are very limited so planning in advance is key. 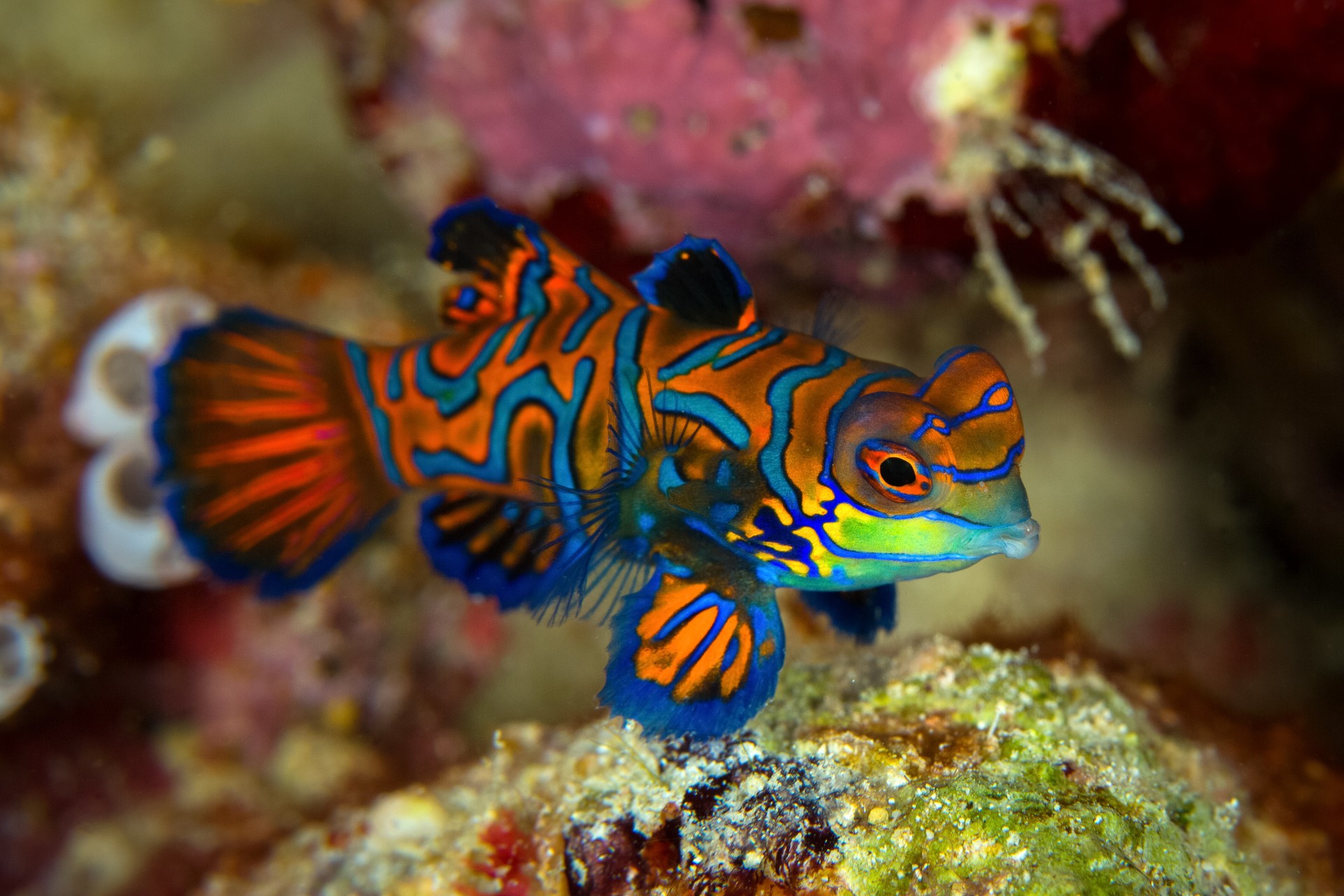 The world’s second longest barrier reef stretches for almost 300 kilometres just off the coast of Belize, creating the perfect coral playground for snorkelling fans. Much of it is easy to access from the dozens of atolls scattered off the coastline and you can easily find incredible marine life without much effort. 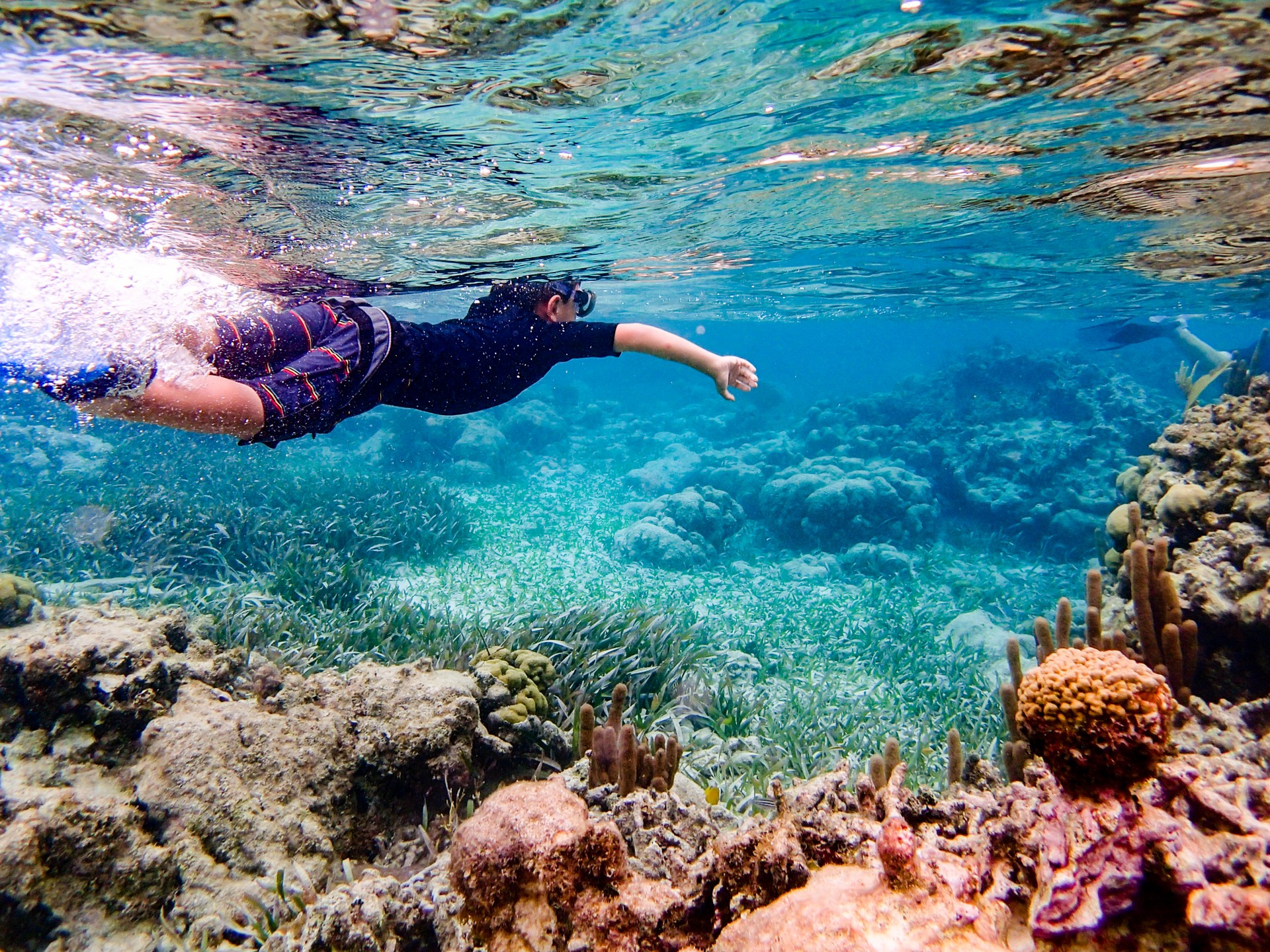 Among the best known snorkelling sites are those accessed from Ambergris Caye such as the thrill of Shark Ray Alley where close encounters with fins and teeth are the order of the day, or the protected waters of the Hol Chan Marine Reserve. The legendary Great Blue Hole - a deep crater in the sea bed surrounded by a wall of coral -  is another unmissable site to investigate. 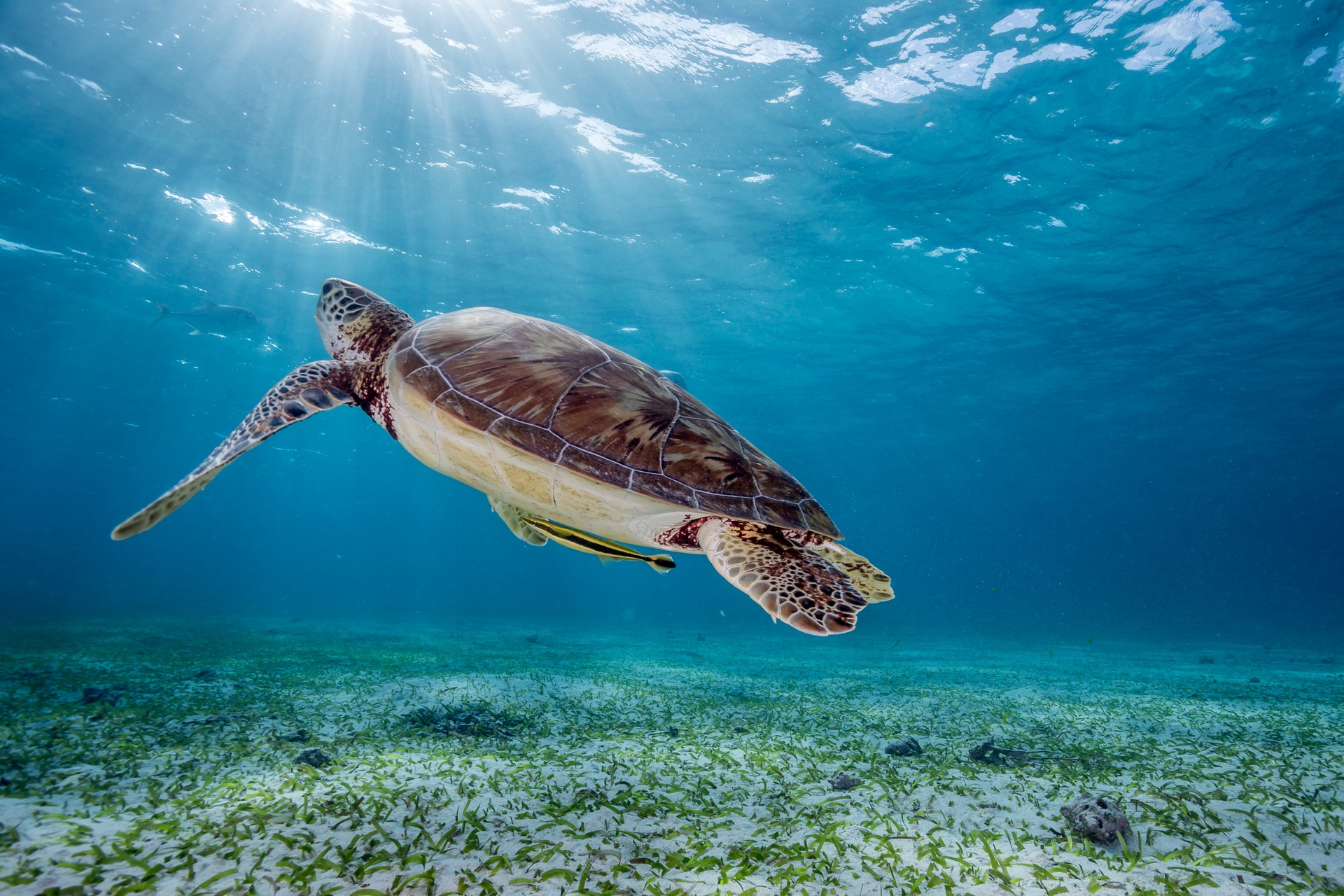 With sea temperatures that rarely dip below 25 degrees and a generous 2,470 kilometres of coastline there are plenty of options for snorkellers in Mozambique where the underwater flora and fauna is as exciting as it is enticing. Around Ponta Do Ouro and Inhaca Island there are many good snorkelling spots for all abilities, plenty of which are accessible from the shore. 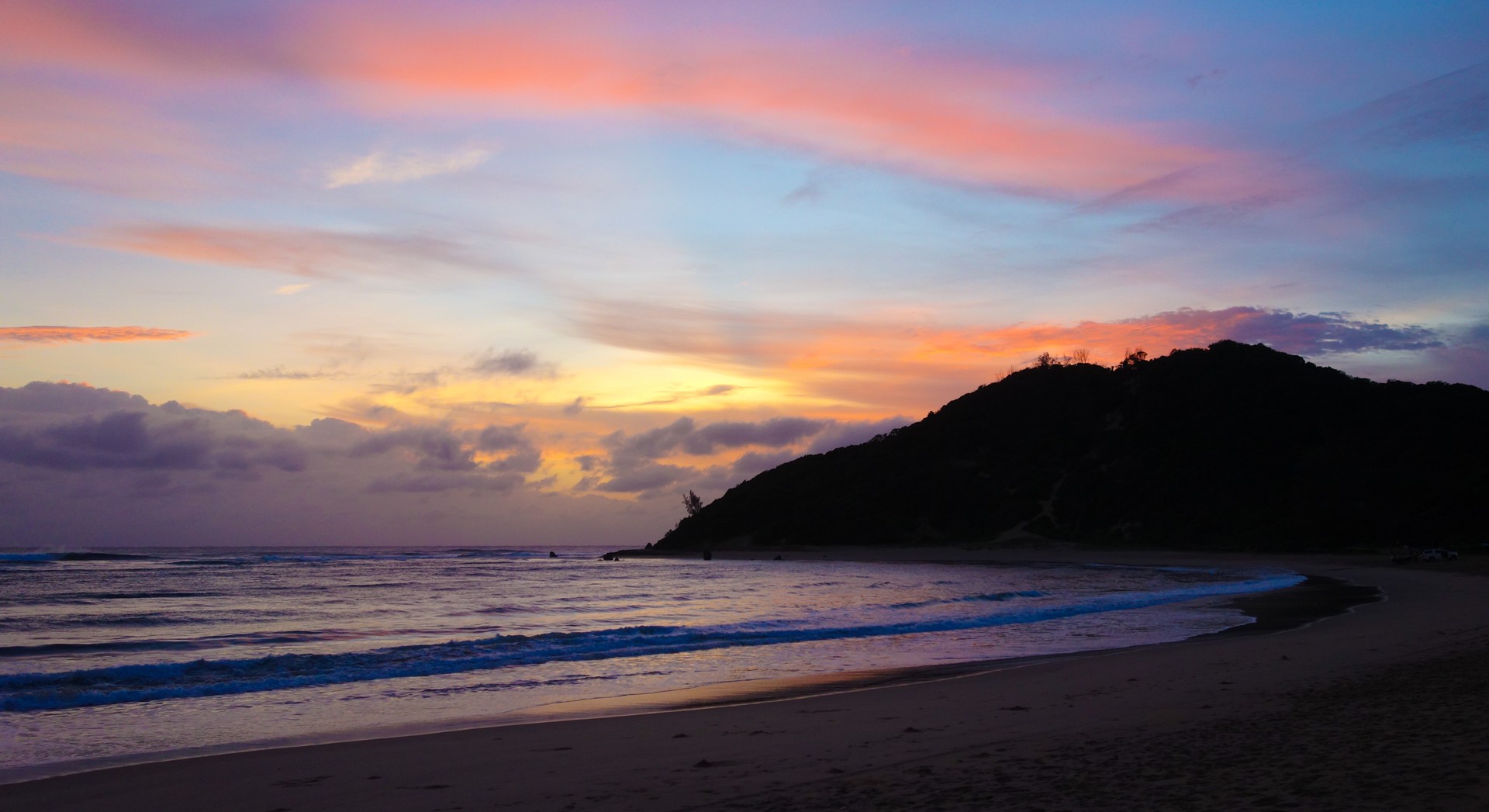 This is an area very popular with families as it offers easy, shallow water snorkelling and the chance to encounter dolphins. Head for Bazaruto and the Quirimbas Archipelago further north for wonderful beaches and excellent snorkelling sites where turtles, whale sharks and manta rays are commonly seen. 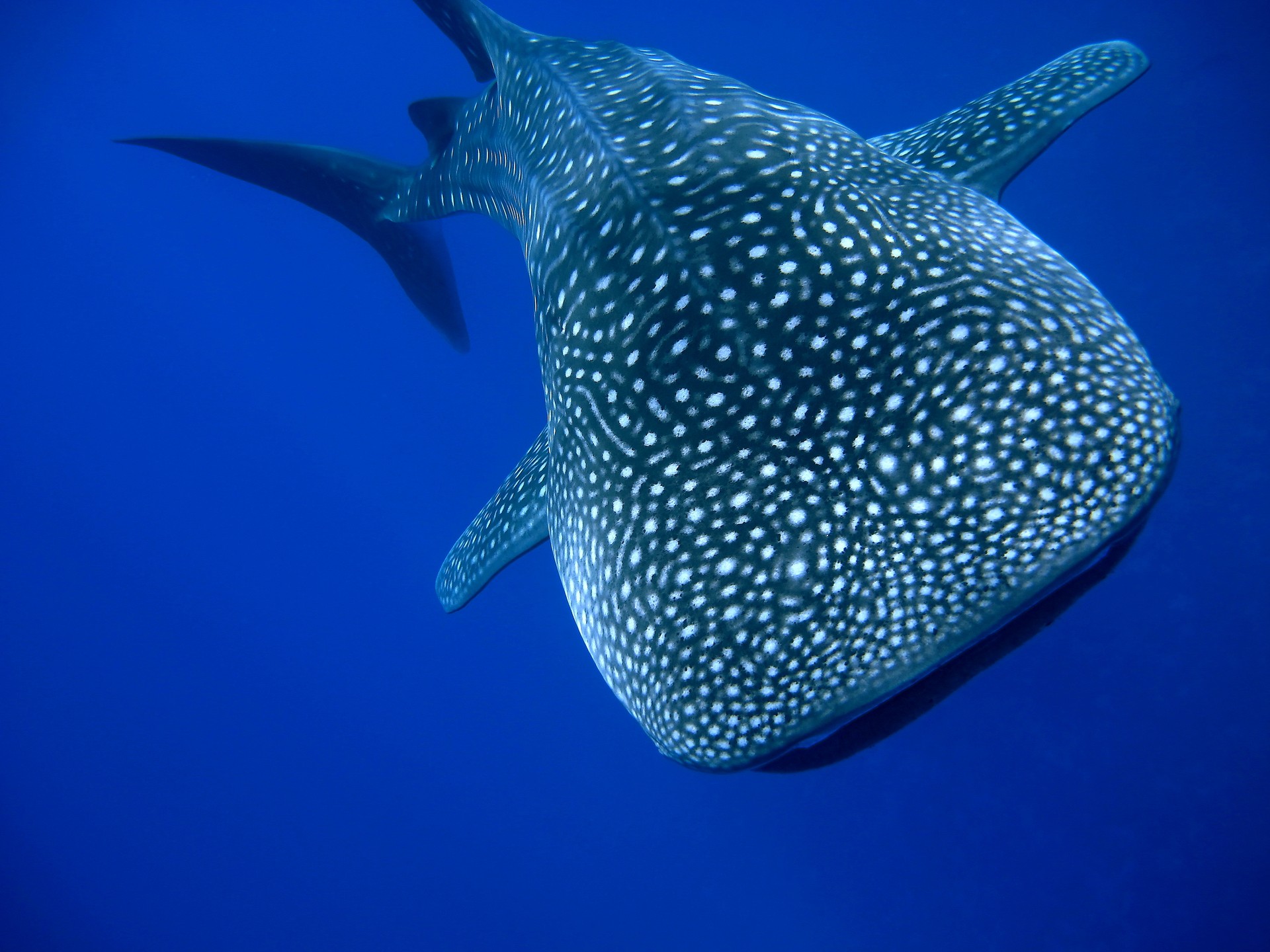 Raja Ampat may not be a familiar destination, and indeed it is a little off the beaten track but snorkellers should make plans to spend some time getting to know these stunning islands with their unbelievable marine diversity. The best of the underwater show is just as accessible to snorkellers as it to divers, and all that submarine life can be easily reached from most beaches and accommodation. 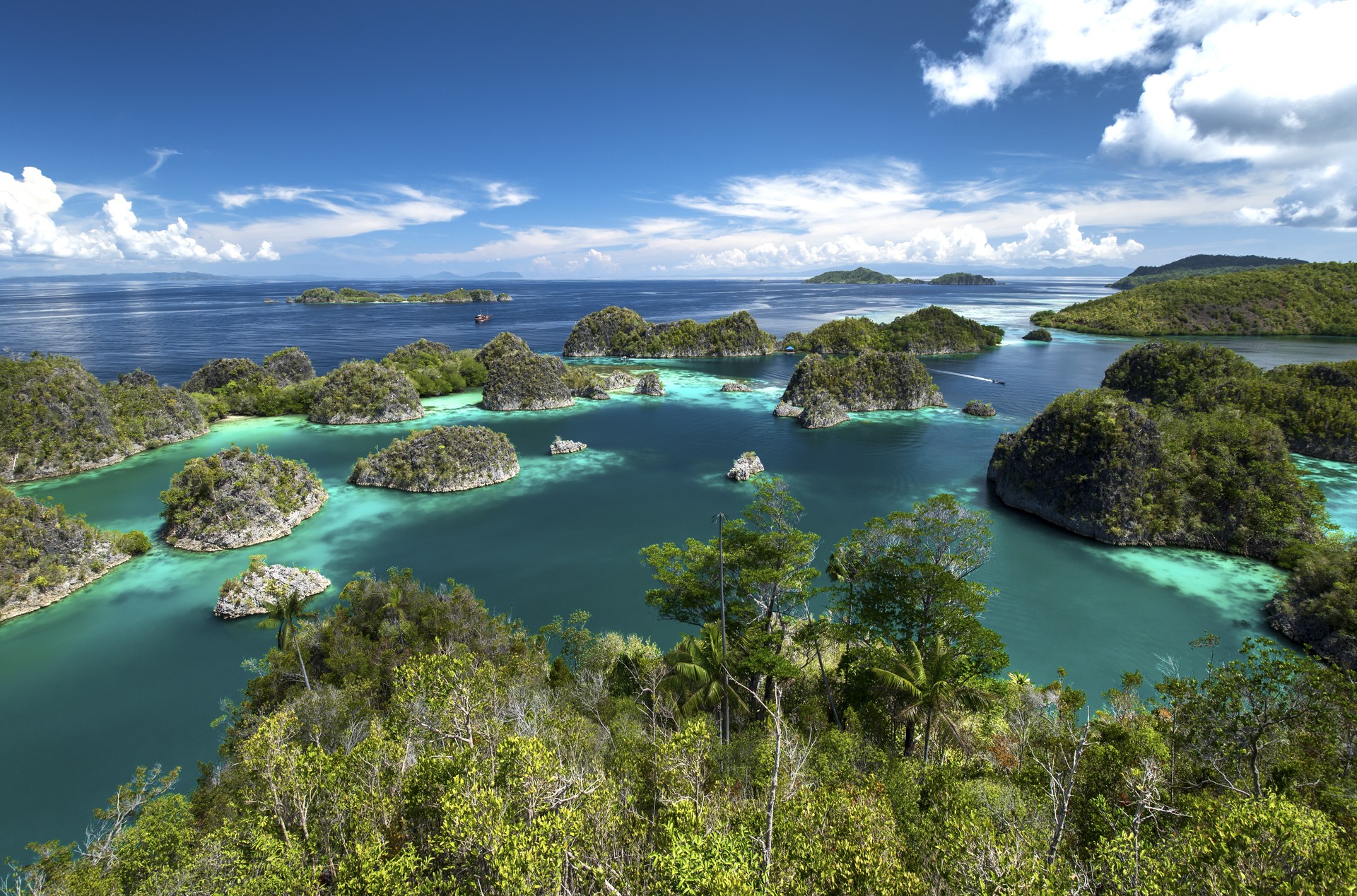 There is a huge variety of habitats - including 75% of known coral species - supporting more than 1,000 different species of fish. Your view through the mask is one of astonishing colour and life, and even hardened experts declare this is the best place to snorkel, full stop. 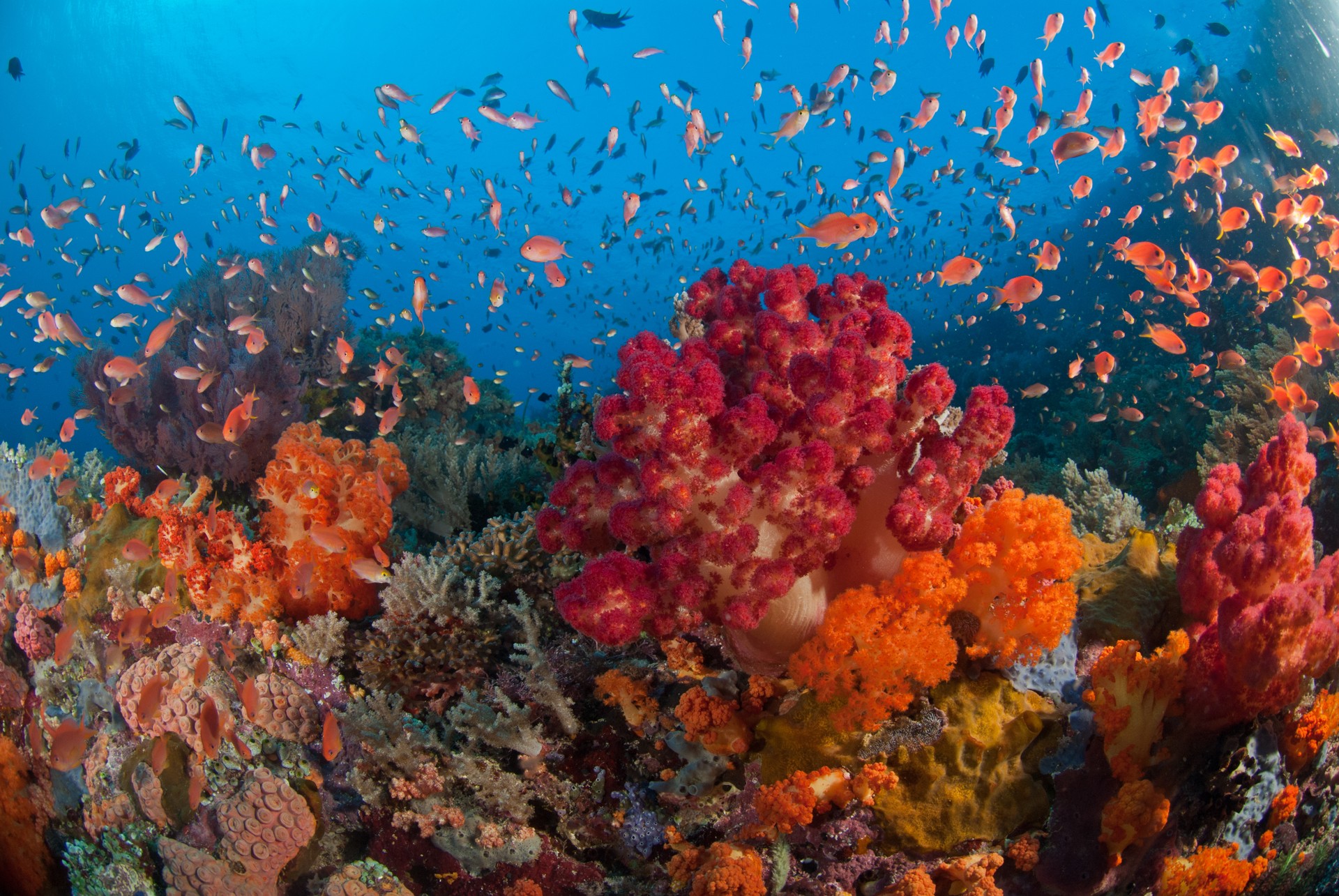 The remote and untrampled archipelago of the Galapagos is teeming with life both on land and under the waves. These 19 volcanic islands do not conform to the classic snorkelling holy trinity of warm seas, lacy coral reefs and lots of brightly coloured fish. Instead, expect a bigger, bolder and colder experience. 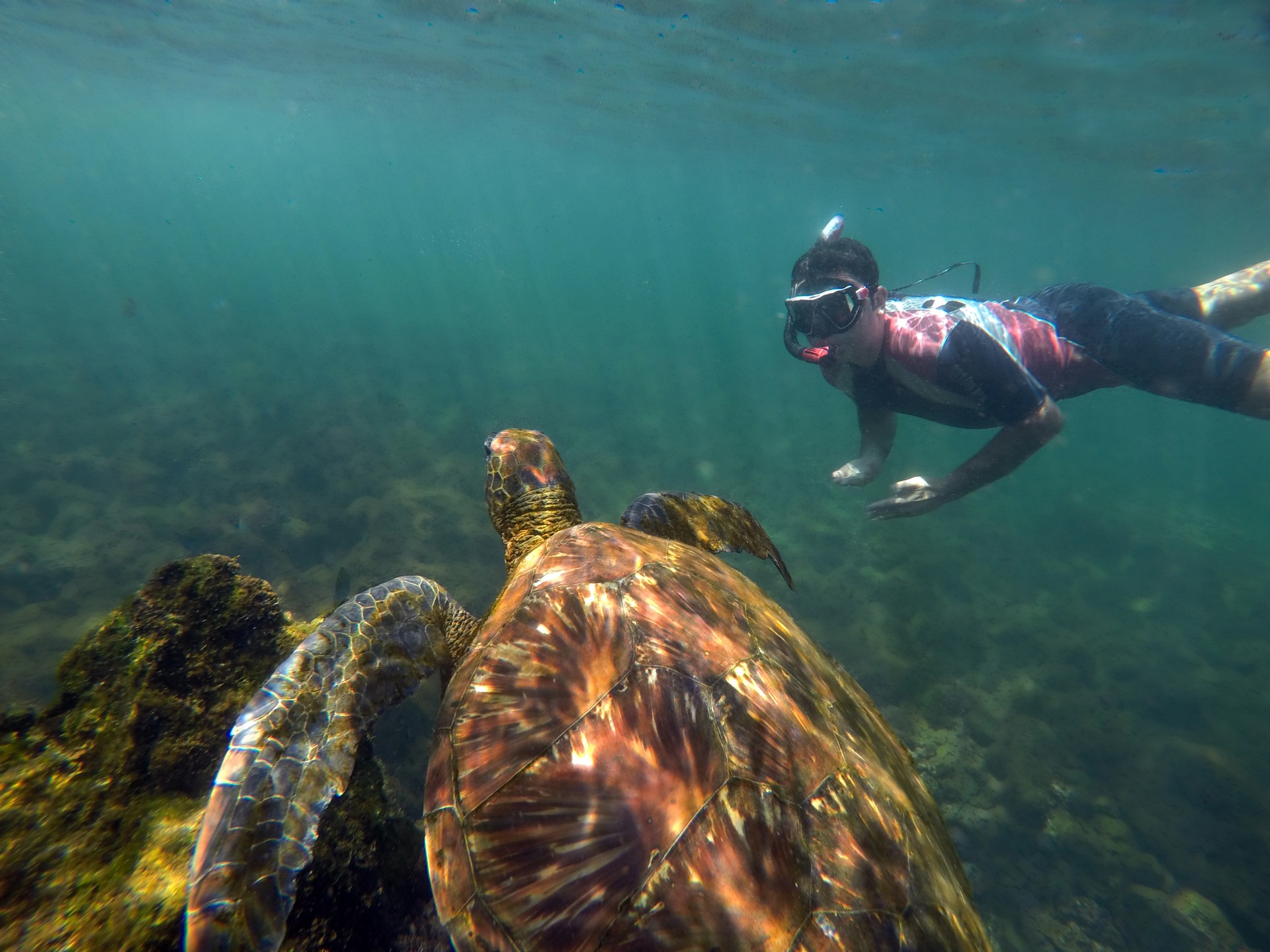 In place of those shoals of little fish, you’ll be looking out for dolphins, sharks, seals, sea lions, turtles, eels and penguins. Though the Galapagos do not offer the tropical shores of many snorkelling hotspots, there is no shortage of attractive beaches to explore and once you tire of swimming with curious sea lions there is a world of wildlife to discover on land. 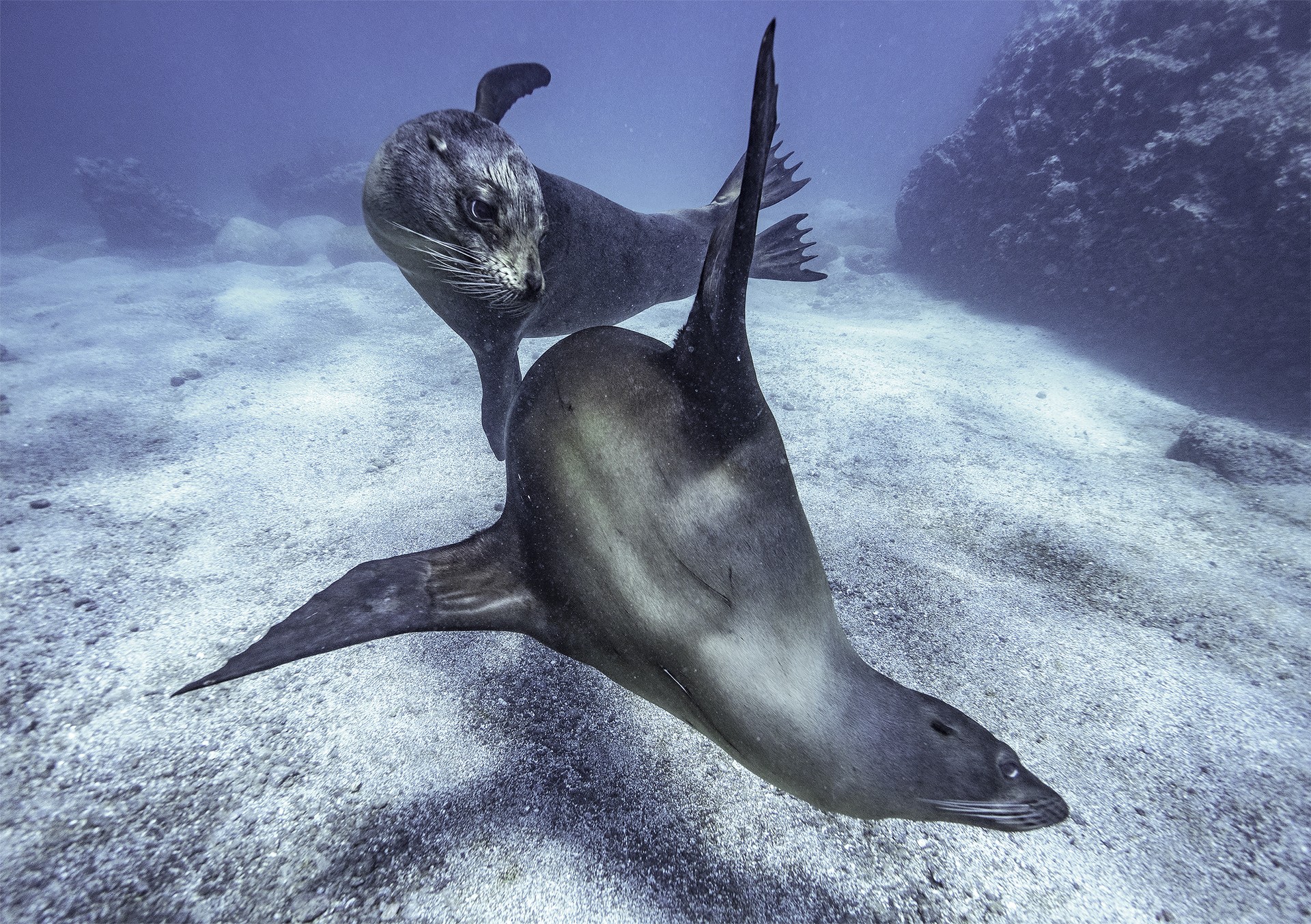 Palawan and the Visayas have a long list of snorkelling destinations - among them Coron and Bohol stand out. Coron boasts some fabulous coral gardens which are easily reached and sheltered between steep sided forested islands. 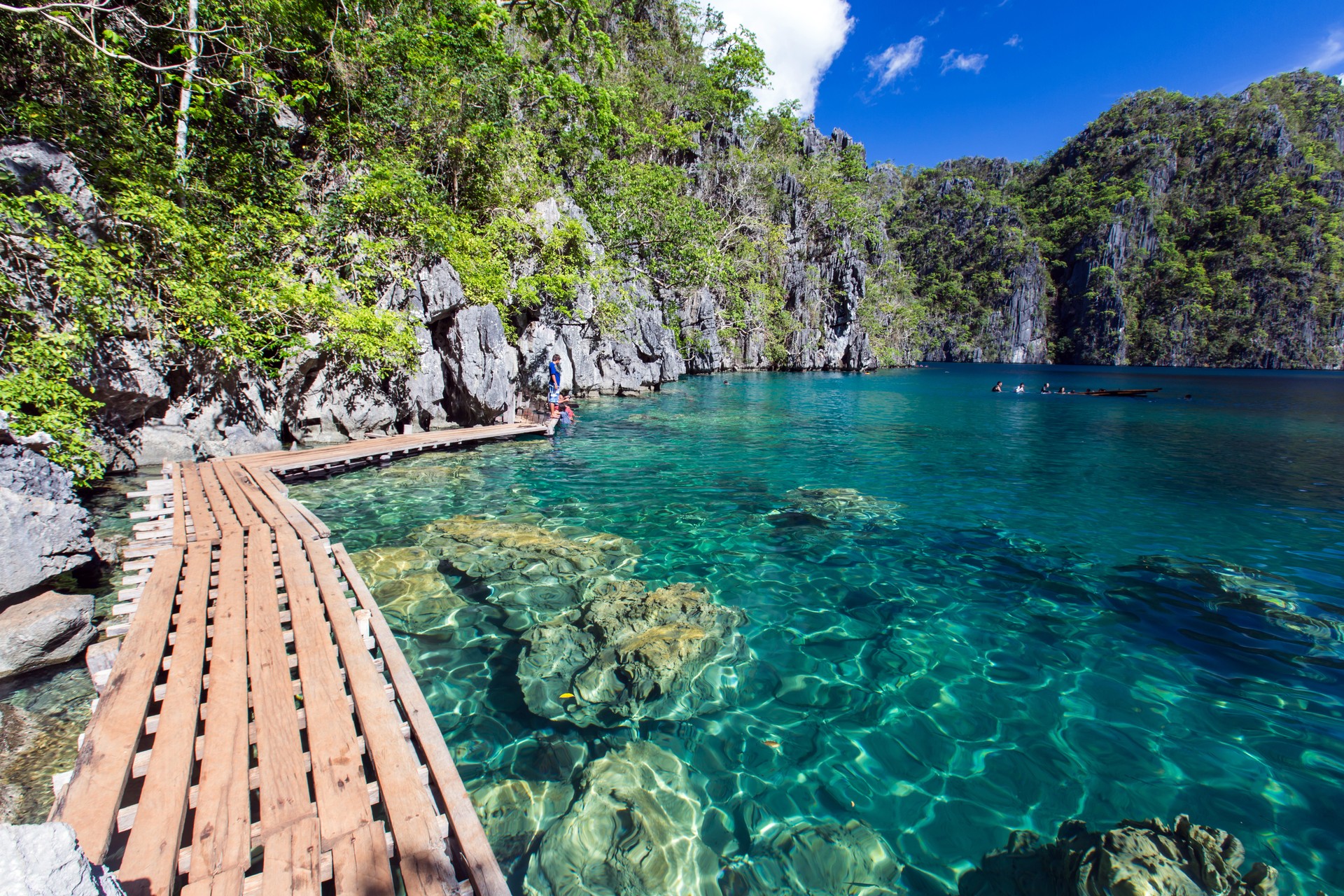 Clear water is a given and you can see plenty of coral and marine life as well as a handful of World War Two shipwrecks which are visible from the surface. Most of the snorkelling sites need a short boat trip to access. Bohol has the enviable benefit of being surrounded by dozens of small islets each with its own attractive snorkelling sites covering a range of different marine habitats. 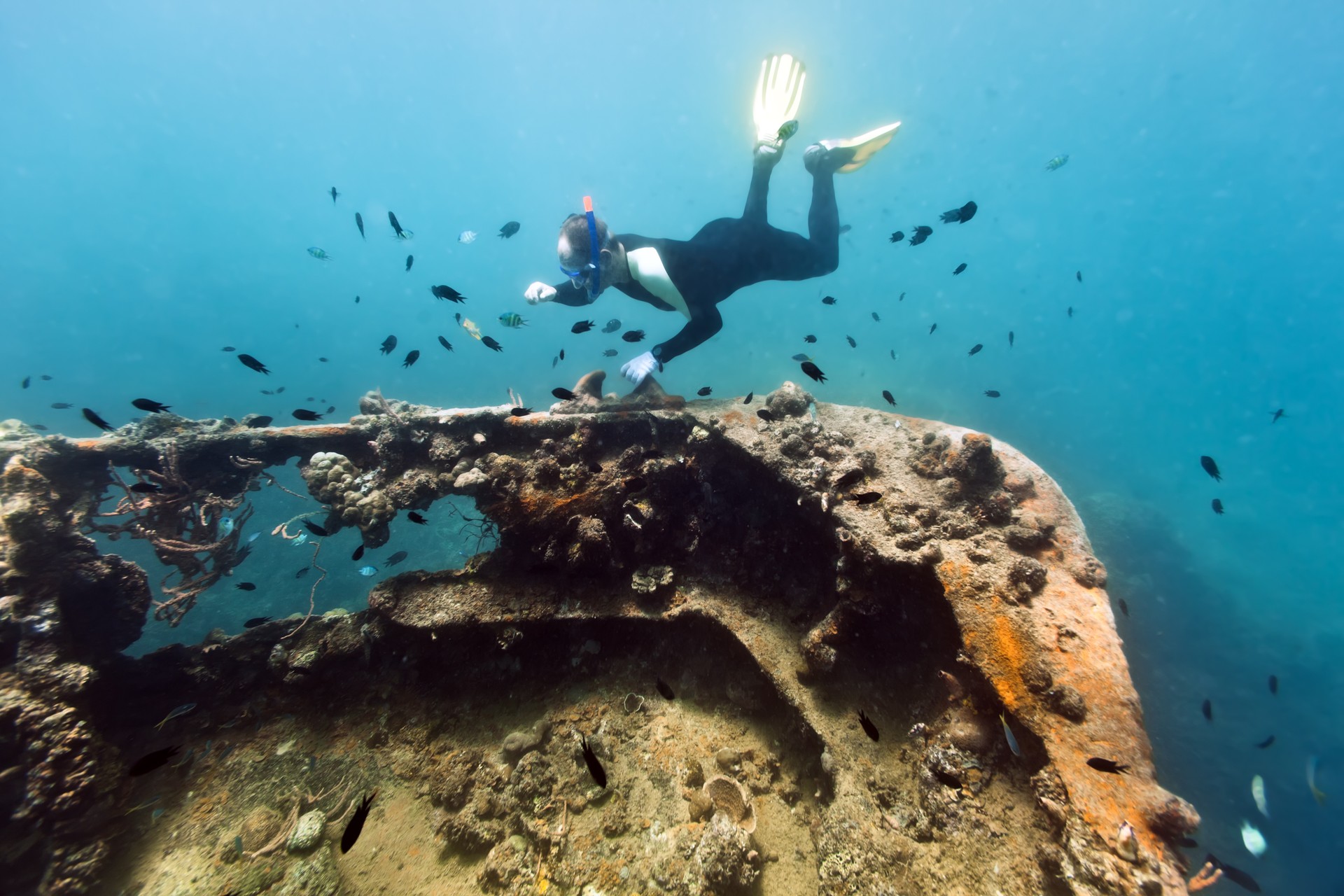 Just off the coast of Brazil, and within striking distance of Rio de Janeiro, sits Ilha Grande where some of Brazil’s best snorkelling awaits. Two of the most fruitful snorkelling excursions are to the Lagoa Verde and the Lagoa Azul - Green Lagoon and Blue Lagoon. 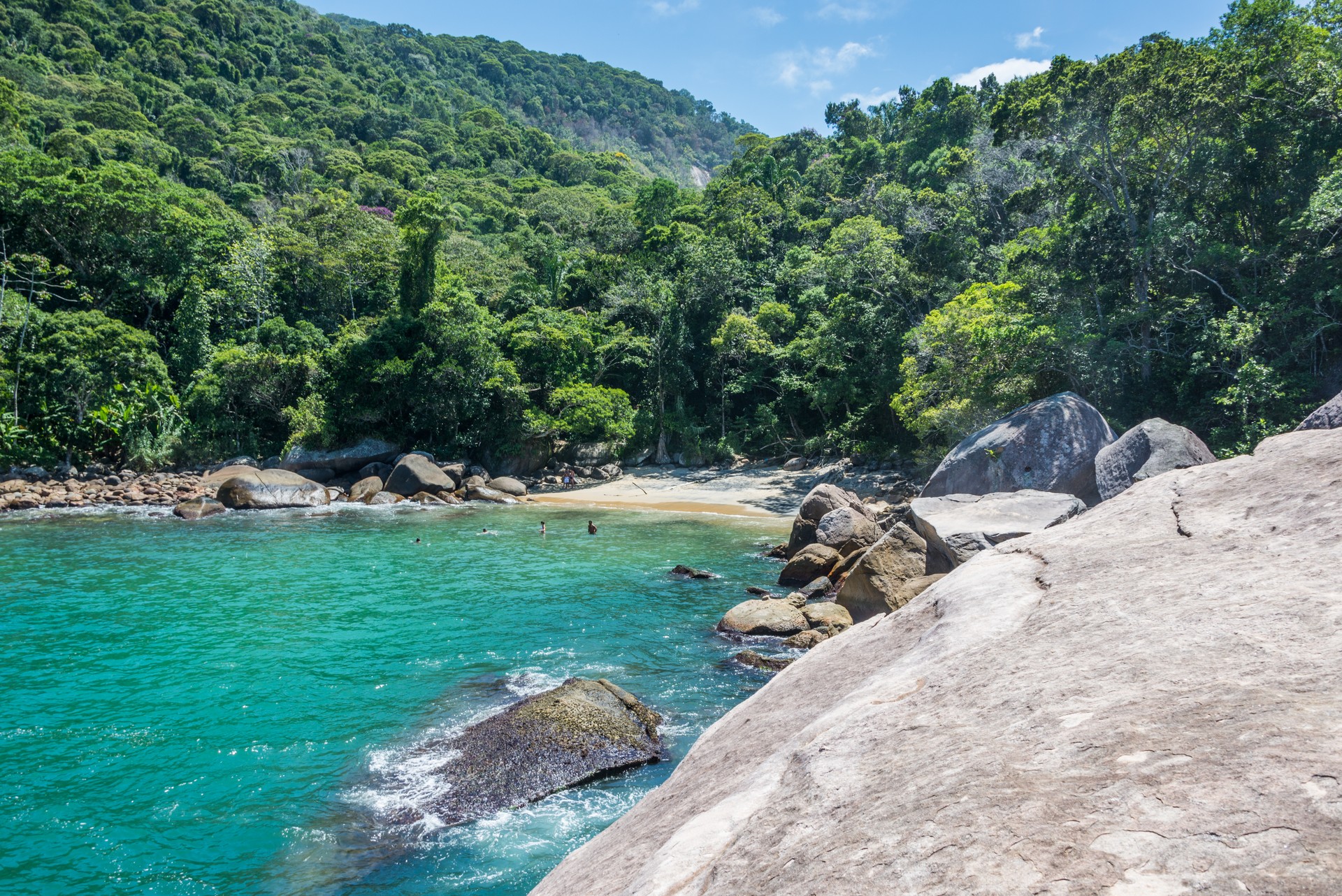 Though these two locations are by no means undiscovered, they are popular for a reason. You should look out for seahorses, starfish, turtles and lots and lots of friendly, colourful fish. The stretch of shore between Alagoas and Pernambuco is known as the Coral Coast, where some reefs can be accessed from the beach at low tide, or you can jump on a boat to reach the reefs further out. 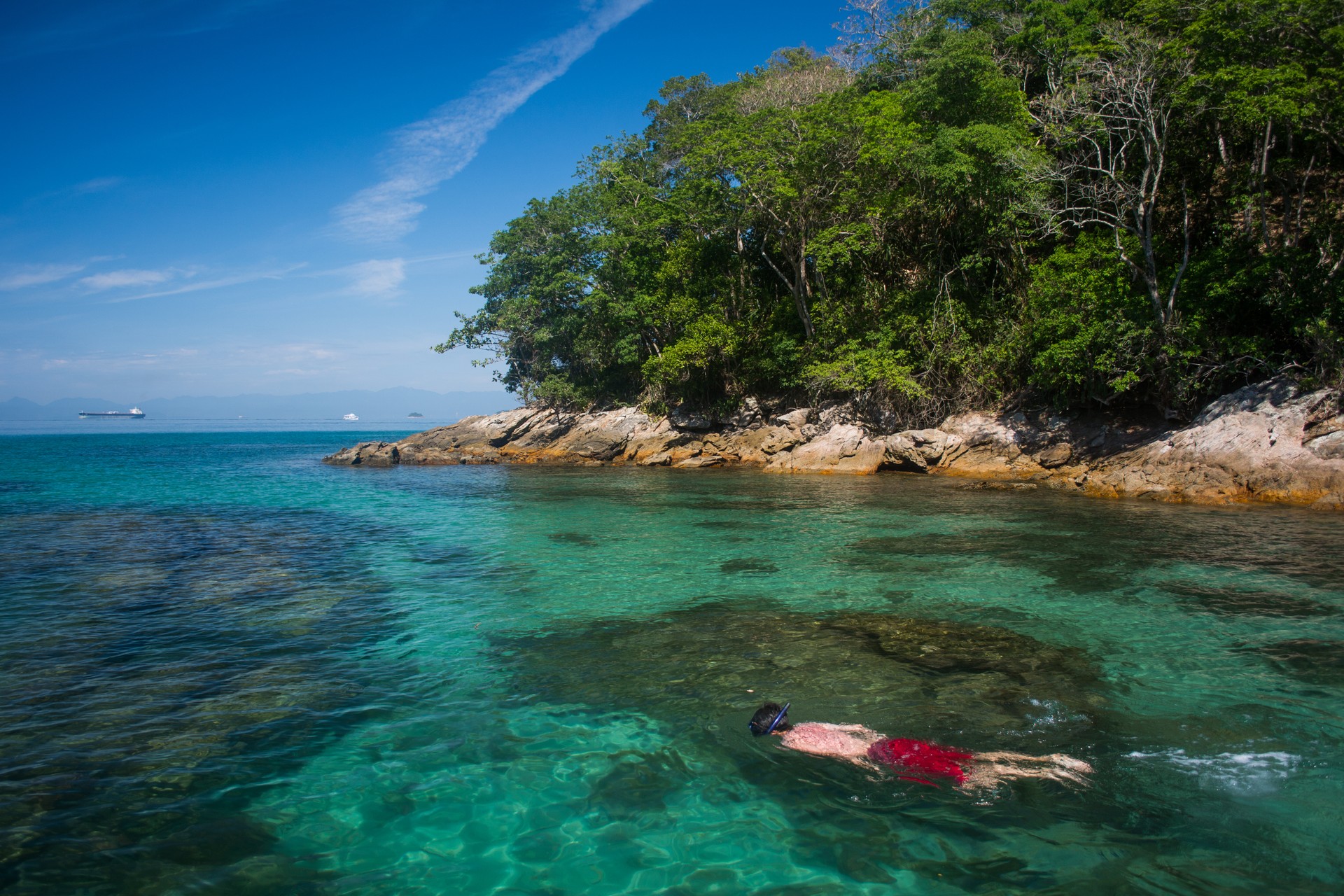 Komodo is primarily known for its oversized monitor lizards a.k.a. The Komodo Dragon, but visitors who enjoy snorkelling would be missing out if they left the island without experiencing the underwater flora and fauna as well. Komodo’s waters are part of a protected National Park which has allowed marine life to flourish, and the resulting richness of species includes an estimated 1,000 species of fish and more than 250 types of coral. 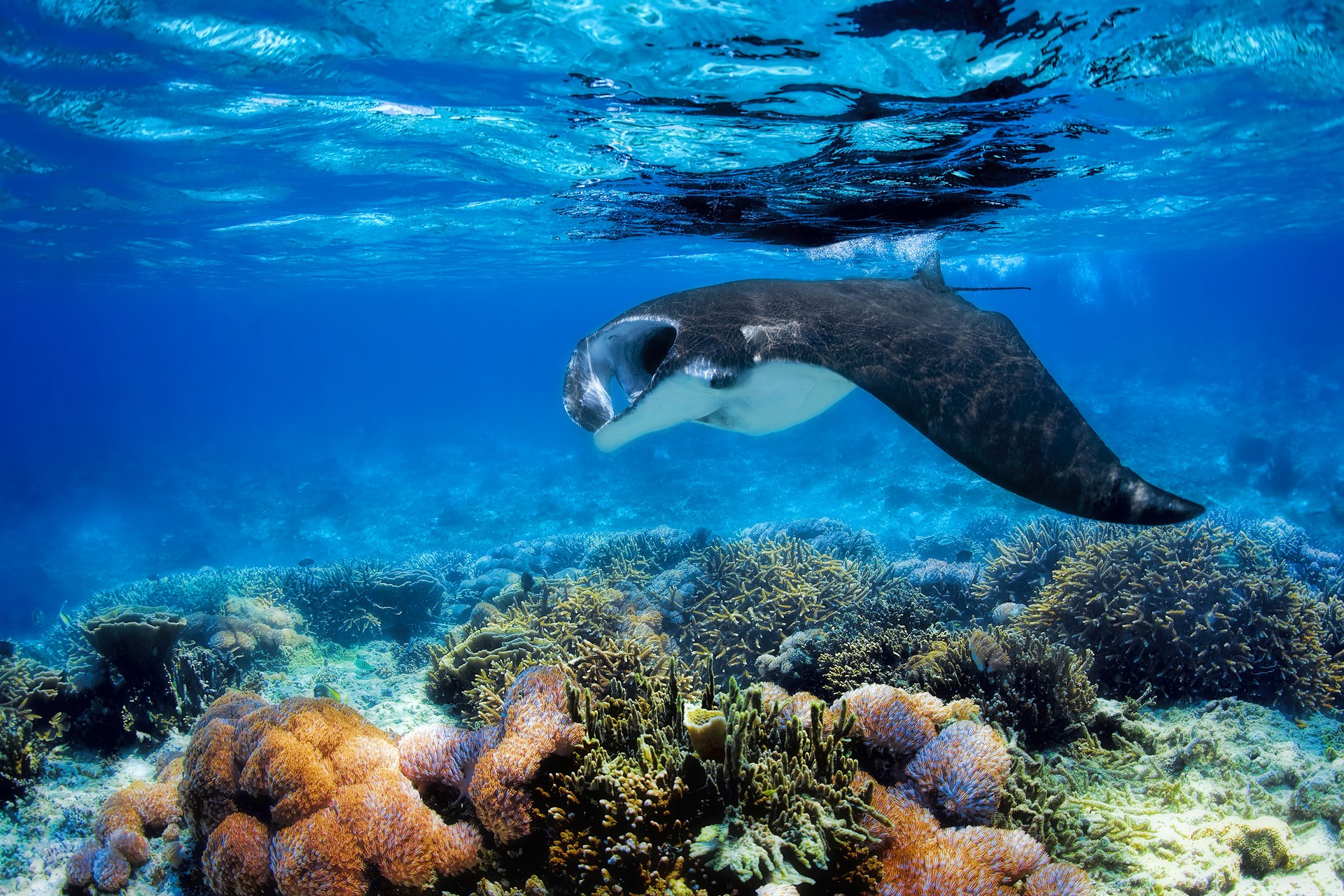 Snorkelling adventures might mean coming into close proximity with rays, turtles, dolphins and sharks, but the real attraction is the huge variety of coral gardens which sit undisturbed just offshore, sheltering all sorts of species for you to discover. 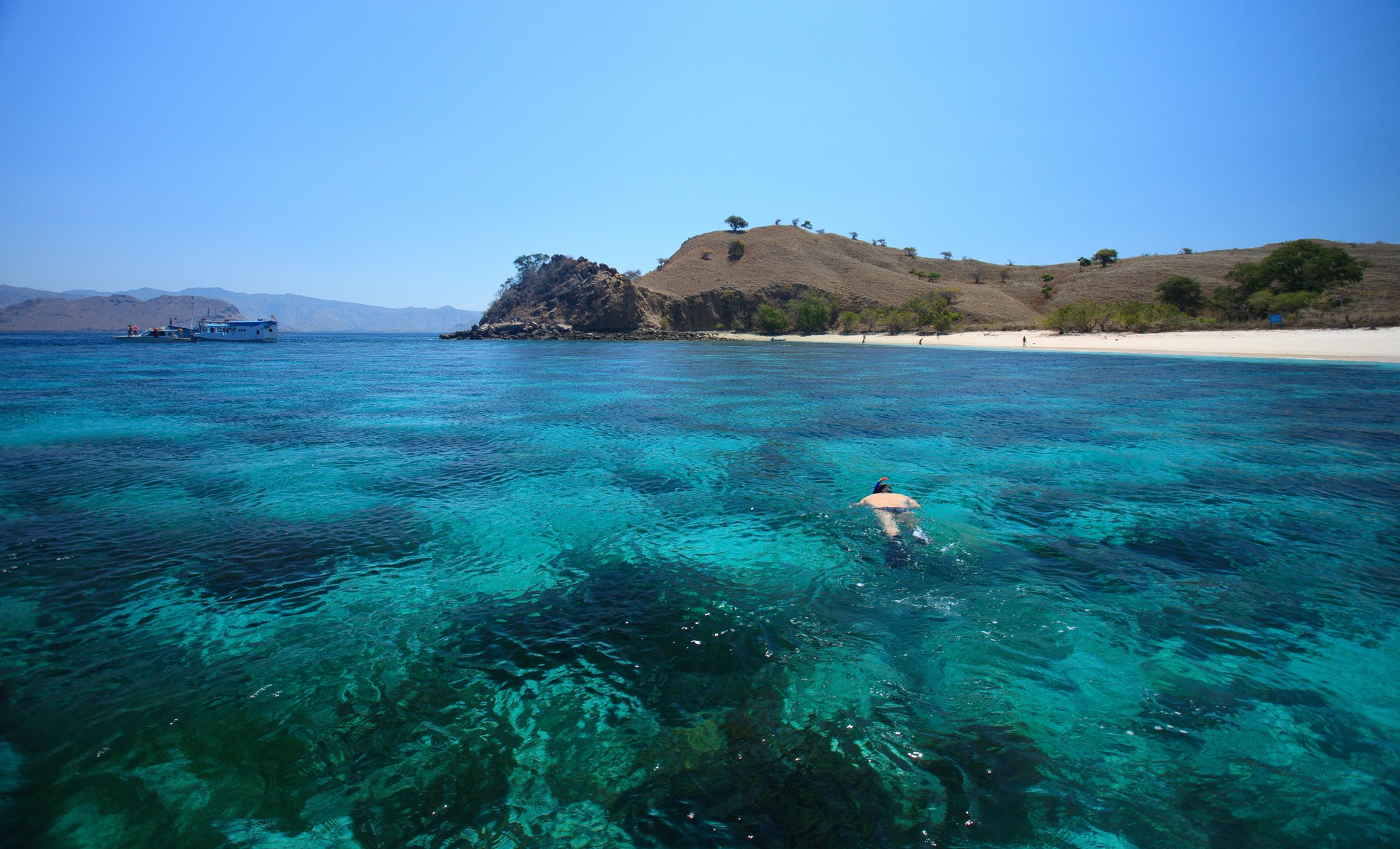 Get your snorkel and mask ready for a really varied underwater adventure in Madagascar. There are multiple reefs, lagoons, tropical beaches and mangroves to explore, and there are three major regions to factor into your plans. There are a total of 300 different corals listed in Madagascar along with more than 400 species of tropical fish to look out for such as angelfish, clownfish and butterfly fish. 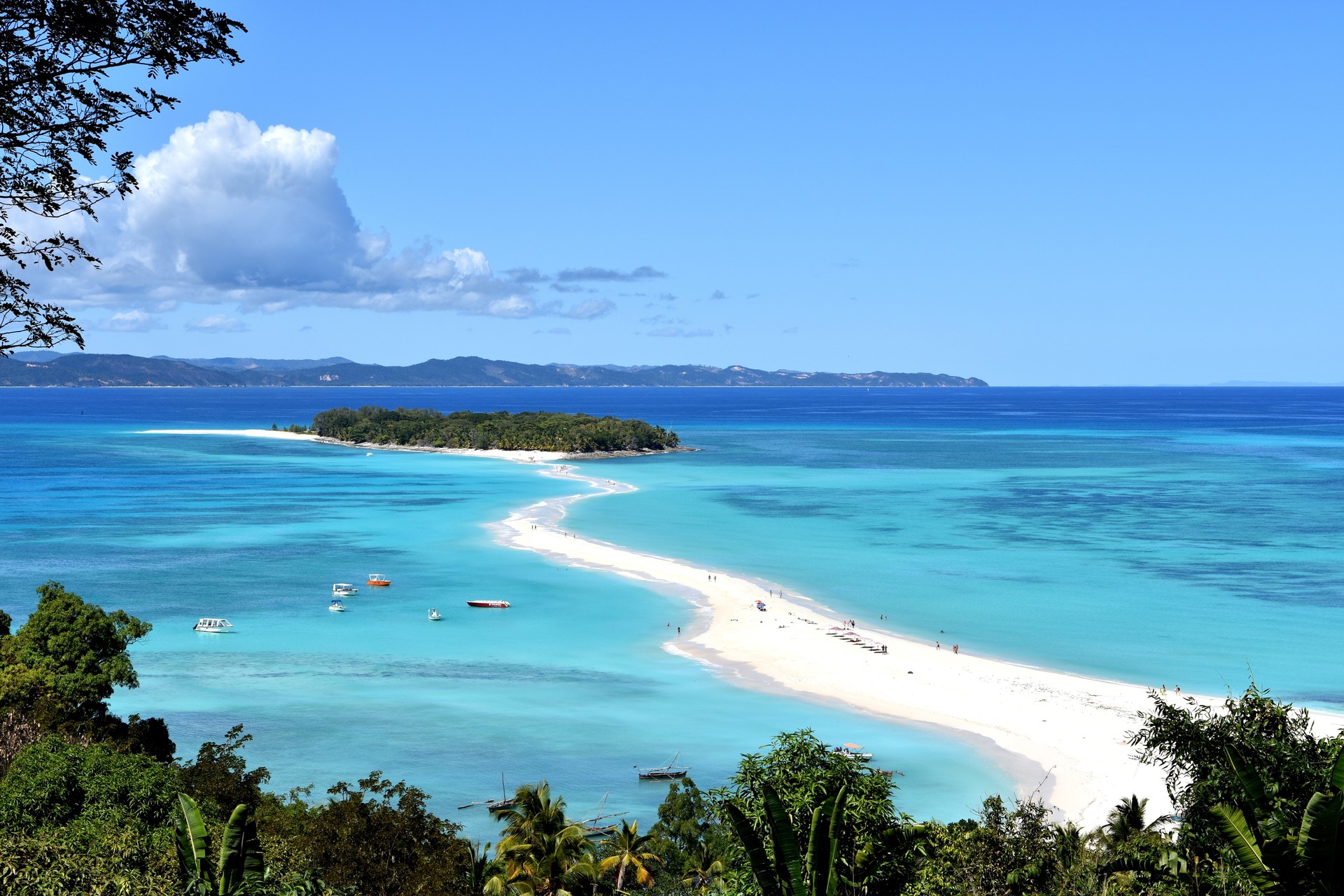 The Nosy Be group of islands in the north west have dreamy beaches from where you can access some nearby snorkelling hotspots. Head for the marine reserve of Nosy Tanikely for the most pristine coral. Look for whales when you snorkel off Sainte Marie between September and December, or head southwest to the barrier reef offshore from Tulear. 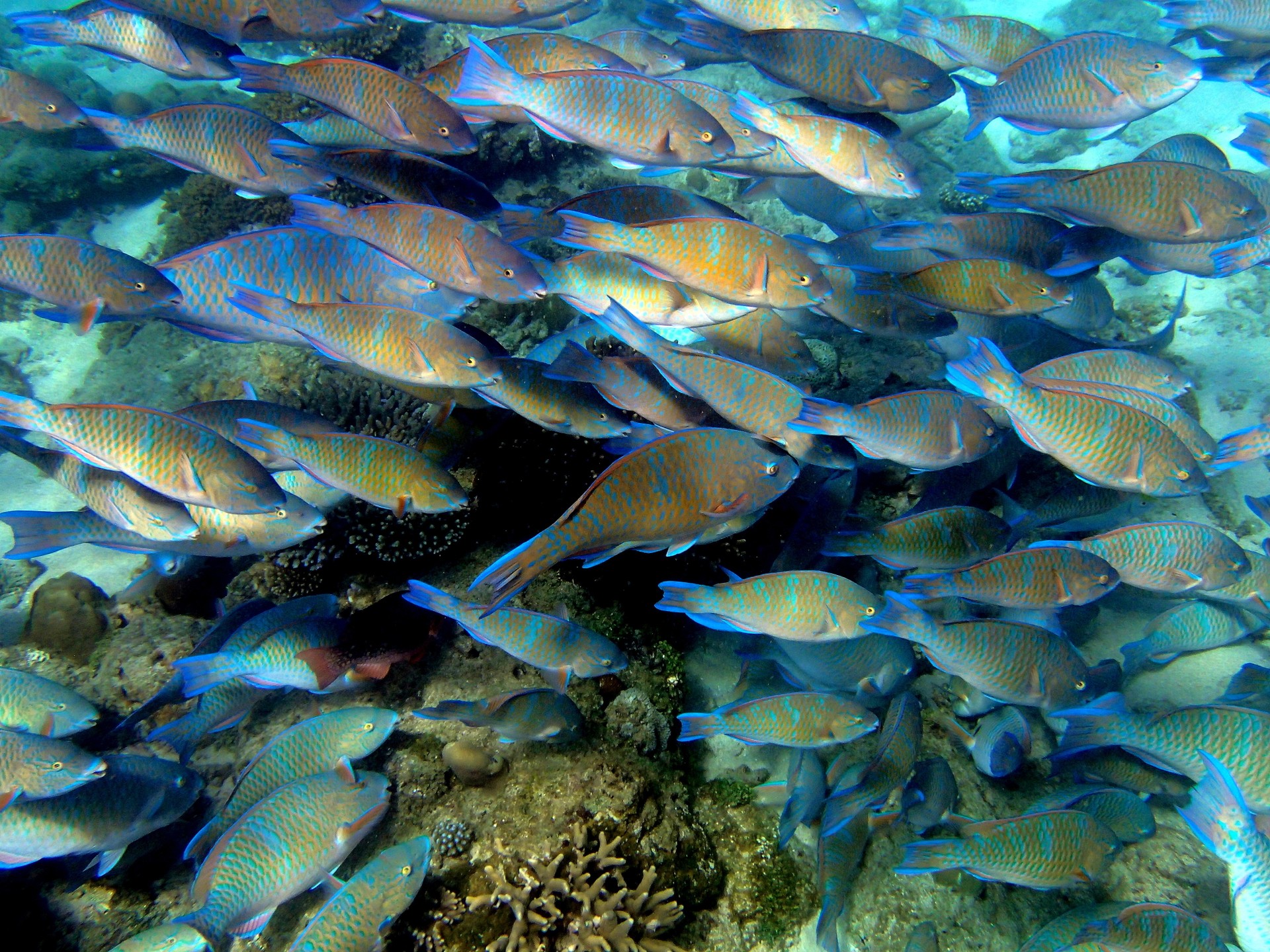 Chumbe Island has the impressive distinction of its Coral Sanctuary to tempt snorkellers to make the trip from nearby Zanzibar. Scuba diving is not permitted, so snorkellers rule the roost at this location. One of the great bonuses of a snorkelling trip on Chumbe is that the reef is shallow, around three metres deep on average, and extends hundreds of metres out to sea. 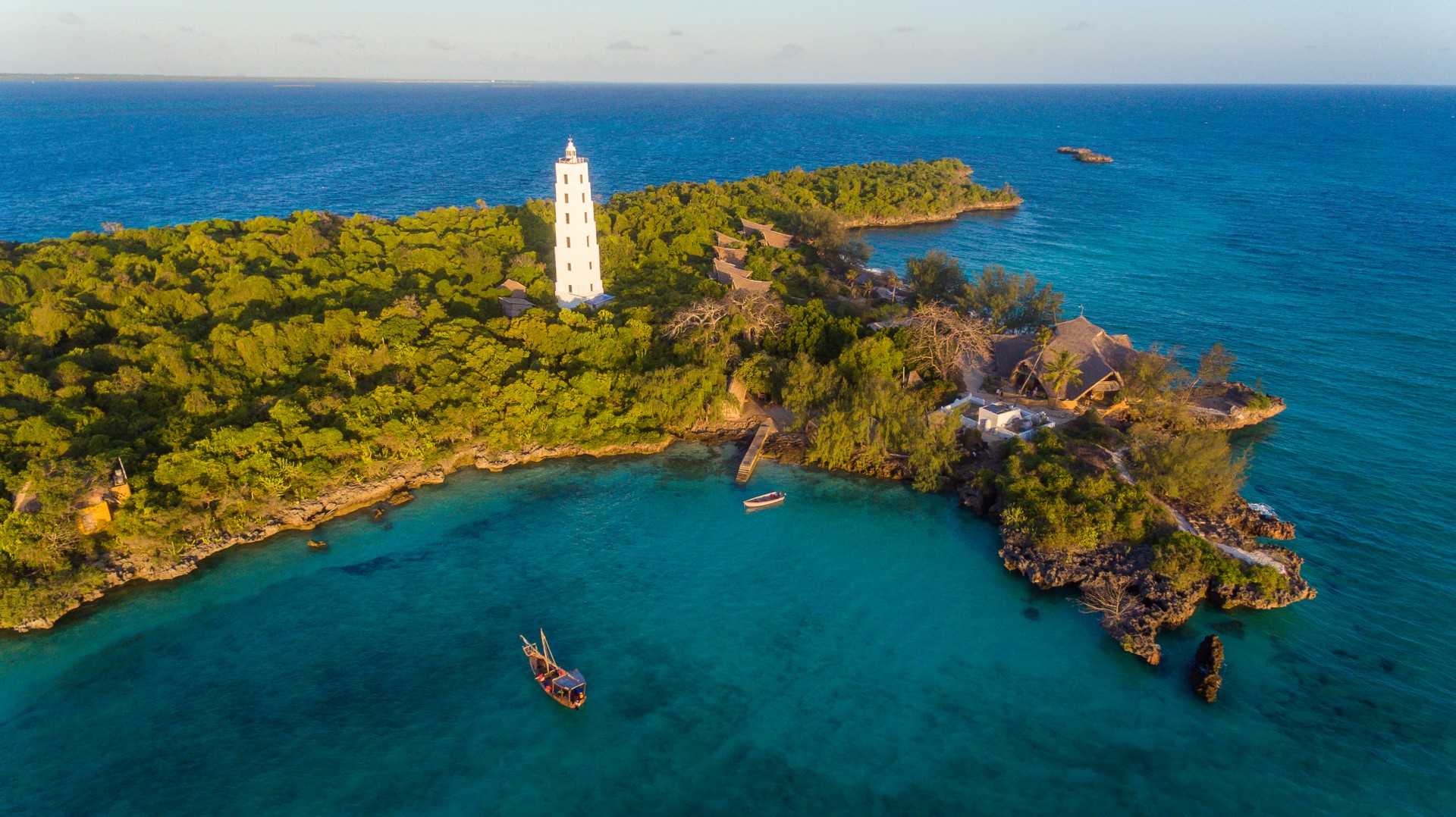 Around 90 percent of all East African corals are present here, including 200 or so species of hard corals. This underwater garden is home to more than 400 species of fish, and you are likely to see hawksbill turtles, parrotfish, large groupers, blue spotted stingrays, lobsters and inquisitive batfish who often shadow humans as they move across the reef. 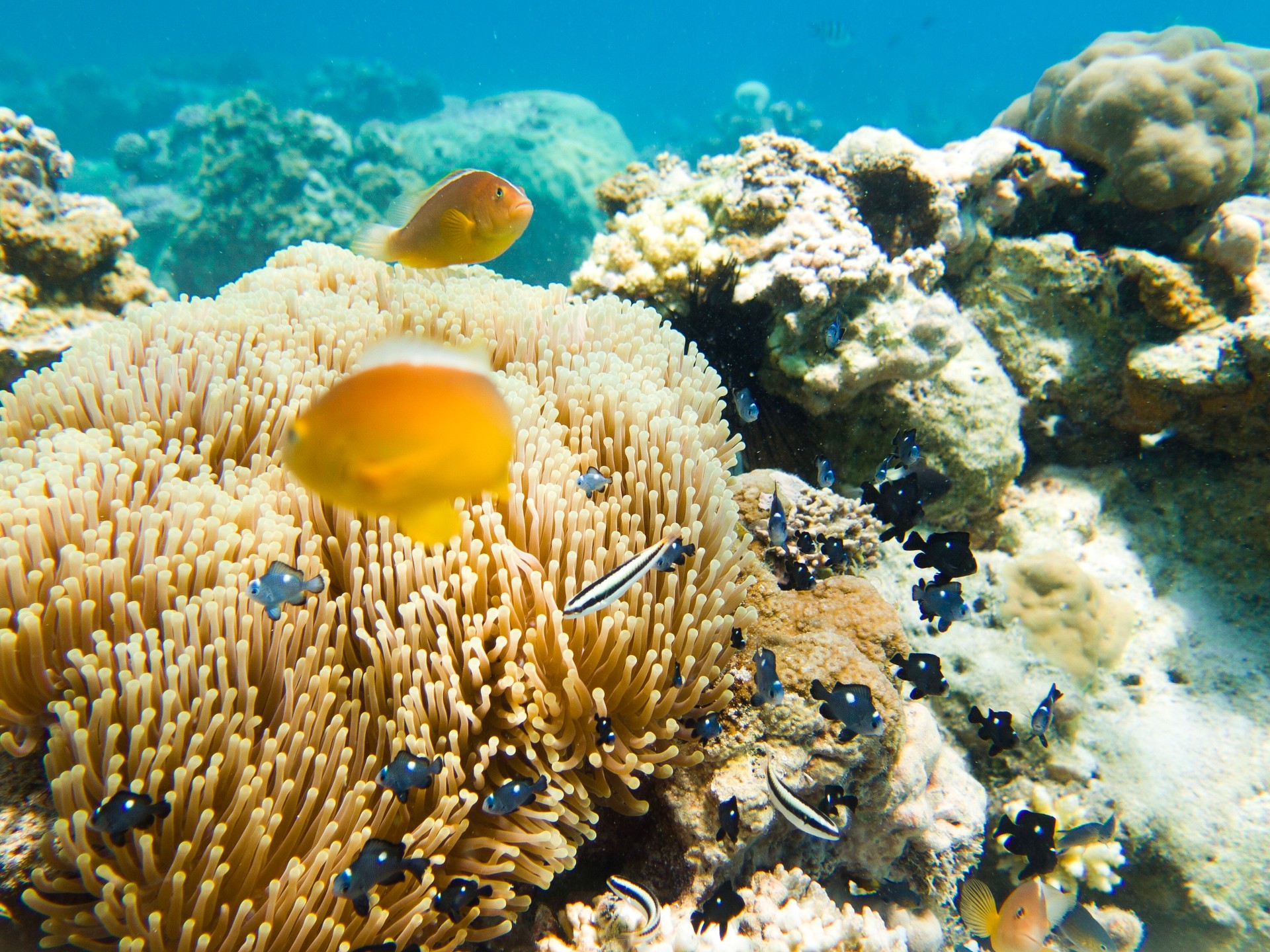 With so much underwater beauty and activity, snorkelling is a great pass-time to include in your itinerary. Click on the links above to find out more about each of these stunning destinations and to get in touch with one of our friendly local experts who can put together a bespoke trip for your party based on your priorities. To speak to someone in the TravelLocal office please call +44 (0) 117 325 7898.