It may not have the far reaching reputation of Thai or Vietnamese culinary heritage, but the food of the Philippines is no less varied or interesting. From fine dining in swish surroundings in the cities to street food snacks available just about everywhere, there is always something to tempt you… The aroma of delicious Filipino dishes being cooked nearby is a constant companion to you in many towns and villages. 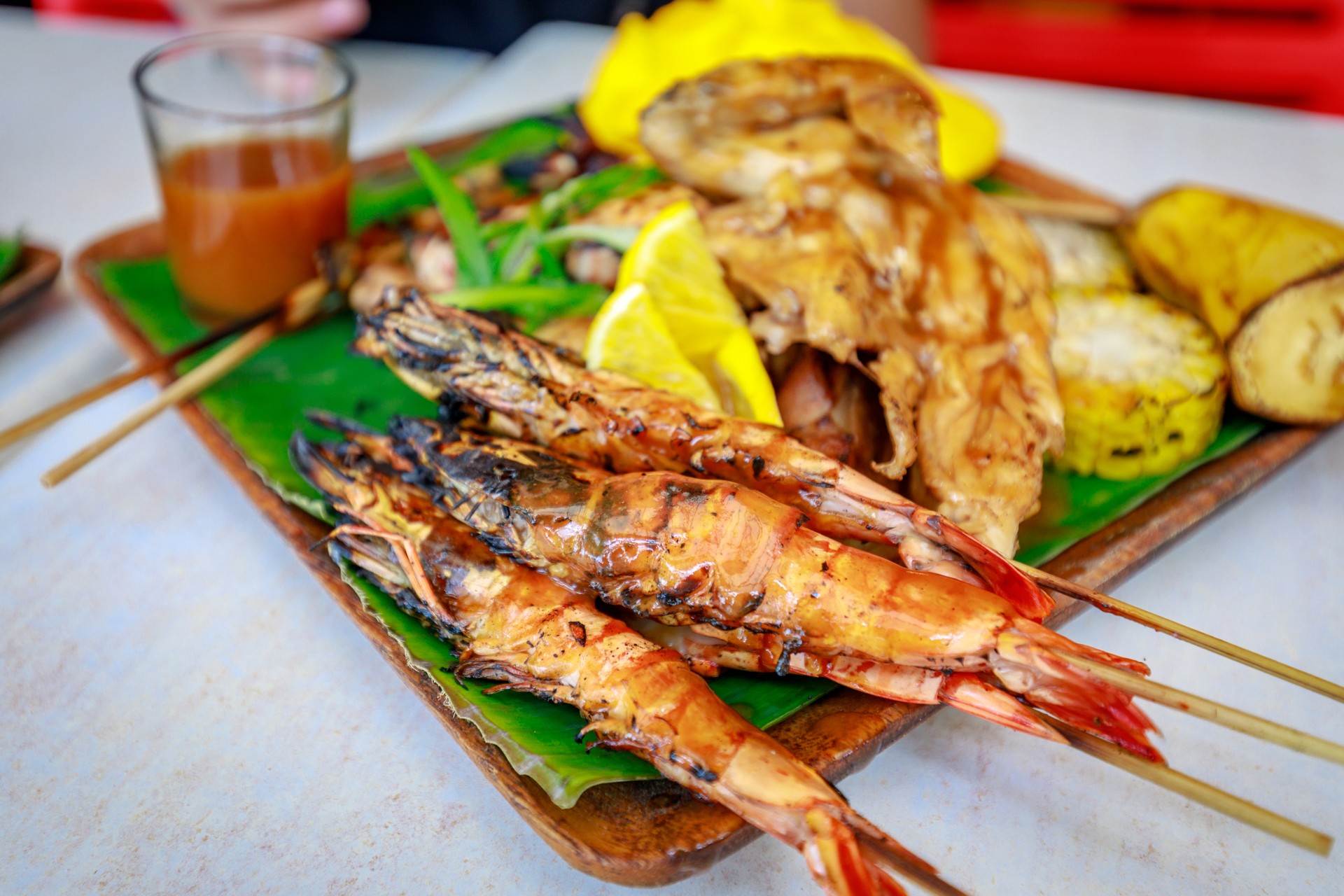 The Philippines was colonised by the Spanish from 1521 to 1898, so it comes as no surprise that an Iberian influence can be seen in some dishes or combinations of ingredients. American, Indian and Chinese flavours and techniques can also be seen in Filipino cuisine. 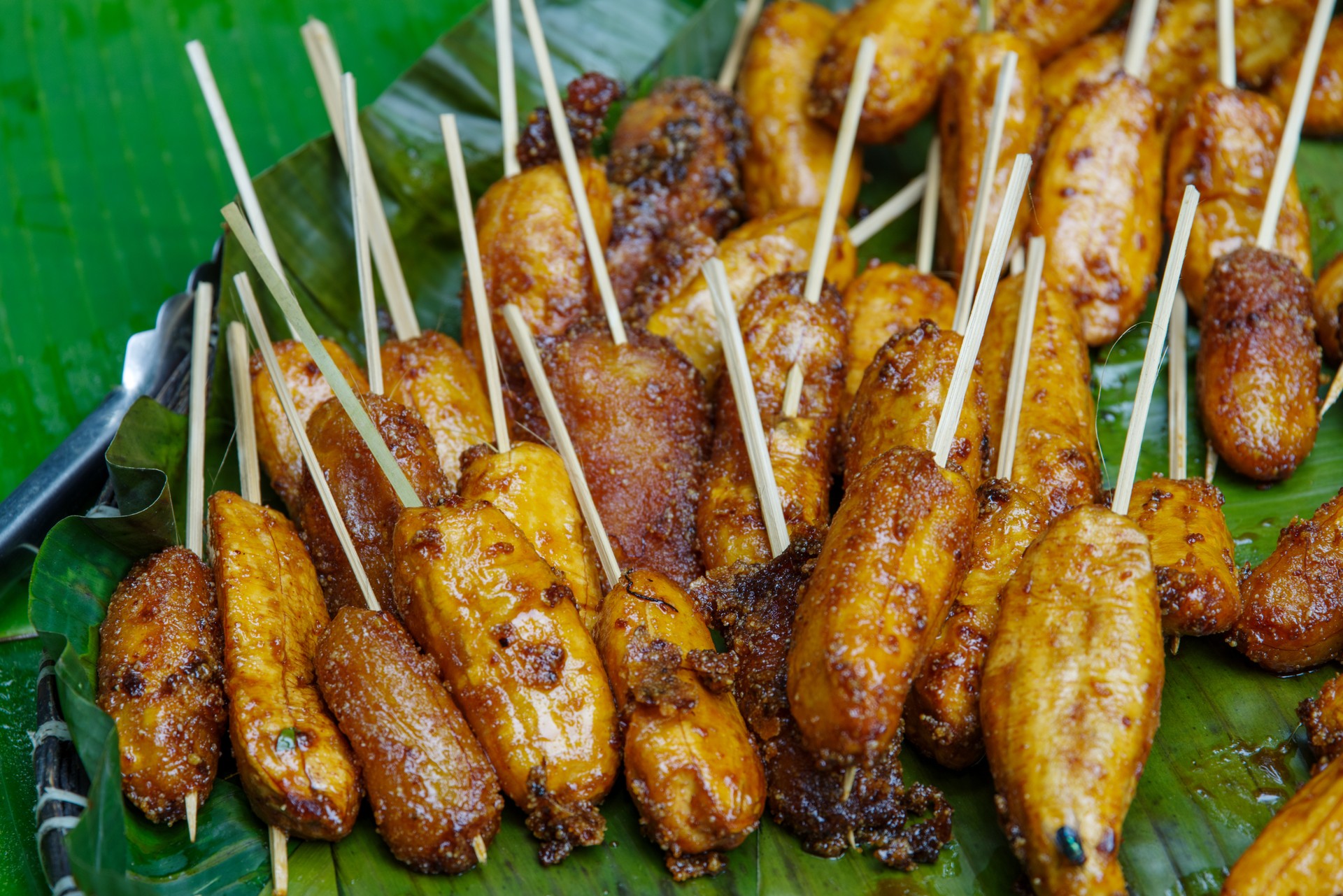 Such a scattered island population means that regional specialities have traditionally been very localised, though today’s highly mobile society has blurred the boundaries somewhat. There are some staples which are more or less ubiquitous throughout the archipelago, for instance you will never be far from a filling bowl of rice no matter how far off the beaten track you go. Coconut, fish and meat are also staples, along with an exotic array of tropical fruit. 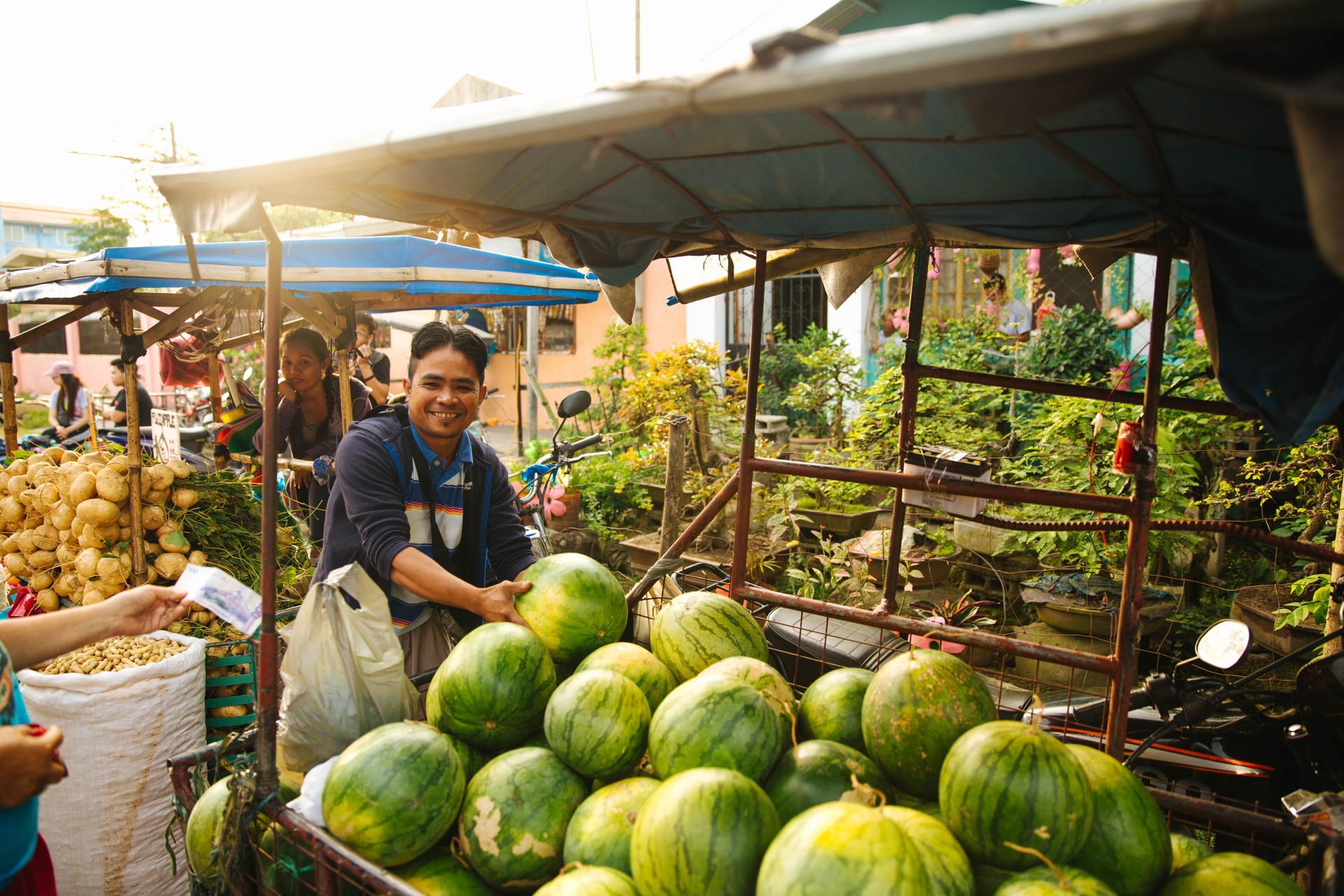 Timings-wise, Filipinos tend to eat an early breakfast, a similarly early lunch, and a late evening meal. Because of the long gap between lunch and dinner it is typical to take a ‘merienda’ or snack, in the mid afternoon. Wherever you are headed for your tropical adventure, make sure you look out for these classic Filipino dishes, most of which you can find nationwide.

This is one of the mainstays of Filipino cuisine. In fact it is the de facto national dish - a tasty combination of meat (sometimes seafood) and vegetables which are marinated before cooking. The principal ingredients are tossed in garlic, soy sauce, vinegar, and peppercorns and then the mixture is cooked slowly with oil for a rich, deep flavour. Although the dish itself isn’t widely believed to have Spanish origins, its name certainly does. The word ‘Adobo’ derives from Spanish ‘adobar’ which means marinade or seasoning. 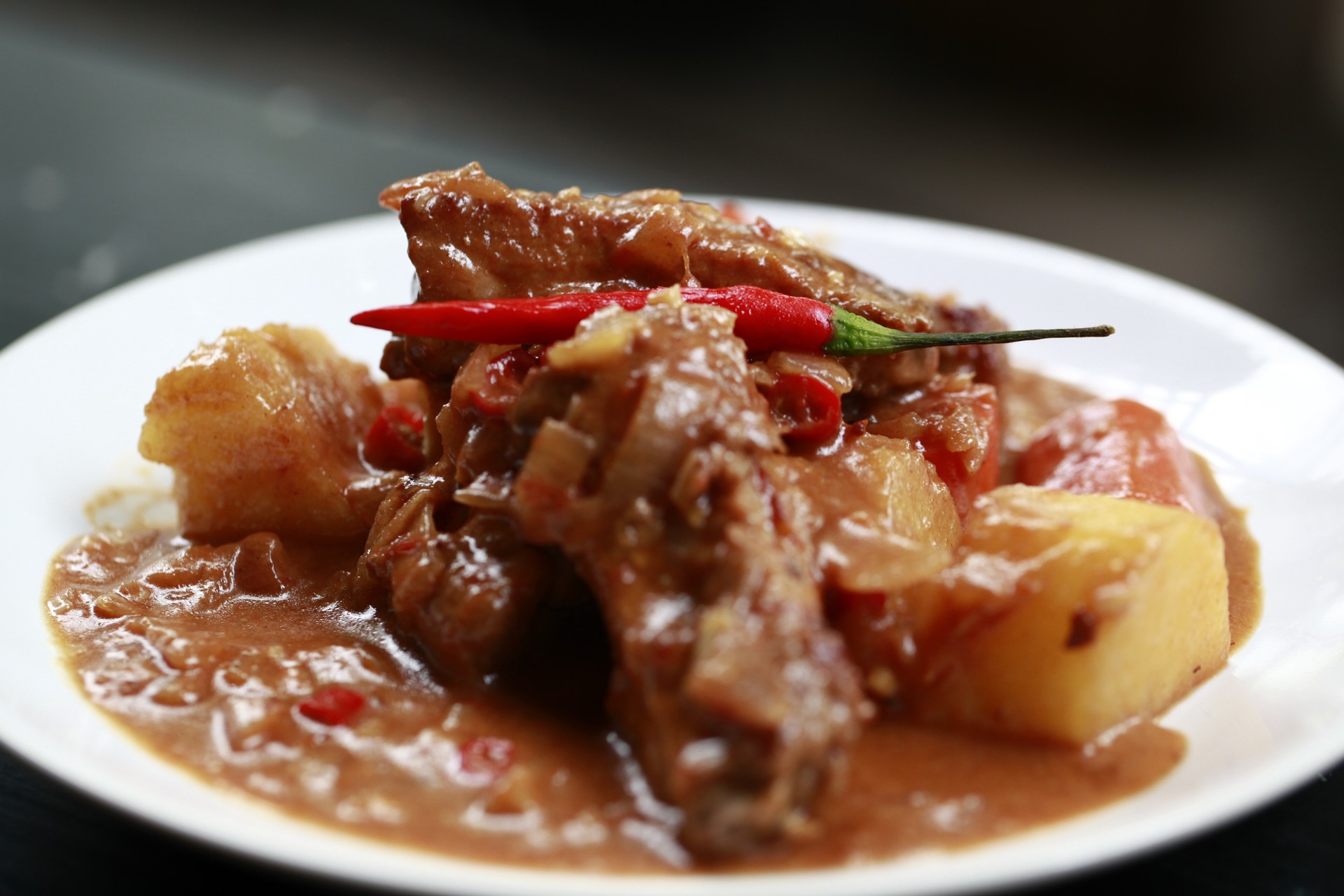 Second only to Adobo in the hearts of the Filipino people, Lechón can be considered another national dish. It is popular in many Spanish speaking (and Spanish influenced) countries and in the Philippines it has reached iconic status. The dish is essentially a whole suckling pig skewered on a pole and spit roasted over hot coals for several hours. The Filipino way of cooking involves copious seasoning before roasting begins and plentiful basting while the pig rotates over the coals. The constant basting creates a particularly crispy crackling which is highly prized. This is a celebration dish for parties and festivals, and some say the best Lechón is prepared in Cebu. 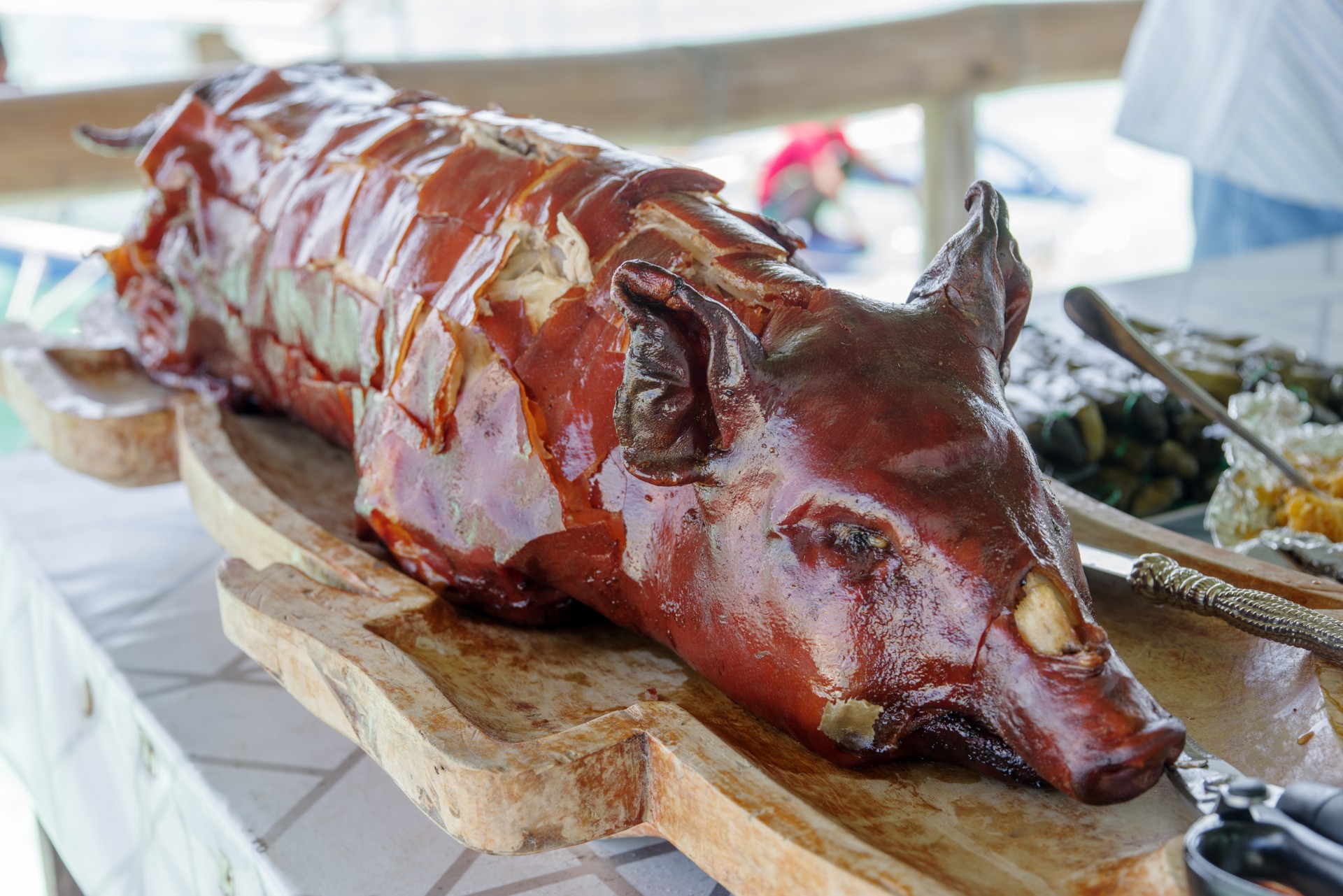 The psychedelic colours of a serving of halo-halo are a curiosity by themselves, but when you learn what this favourite Filipino dessert consists of you will just have to try it. Halo-halo means ‘mixed up’ which is pretty appropriate for this rainbow treat. Sweetened beans and chickpeas are the foundation ingredient, along with various sweetened or pulped fruit such as coconut, sago, jackfruit, sweet potato and plantains. On top of this fruity mixture should be piled plenty of shaved ice, followed by evaporated milk and often some purple yam ice cream. It’s a cooling fruity finish to any meal and a mainstay of the Filipino street food scene. 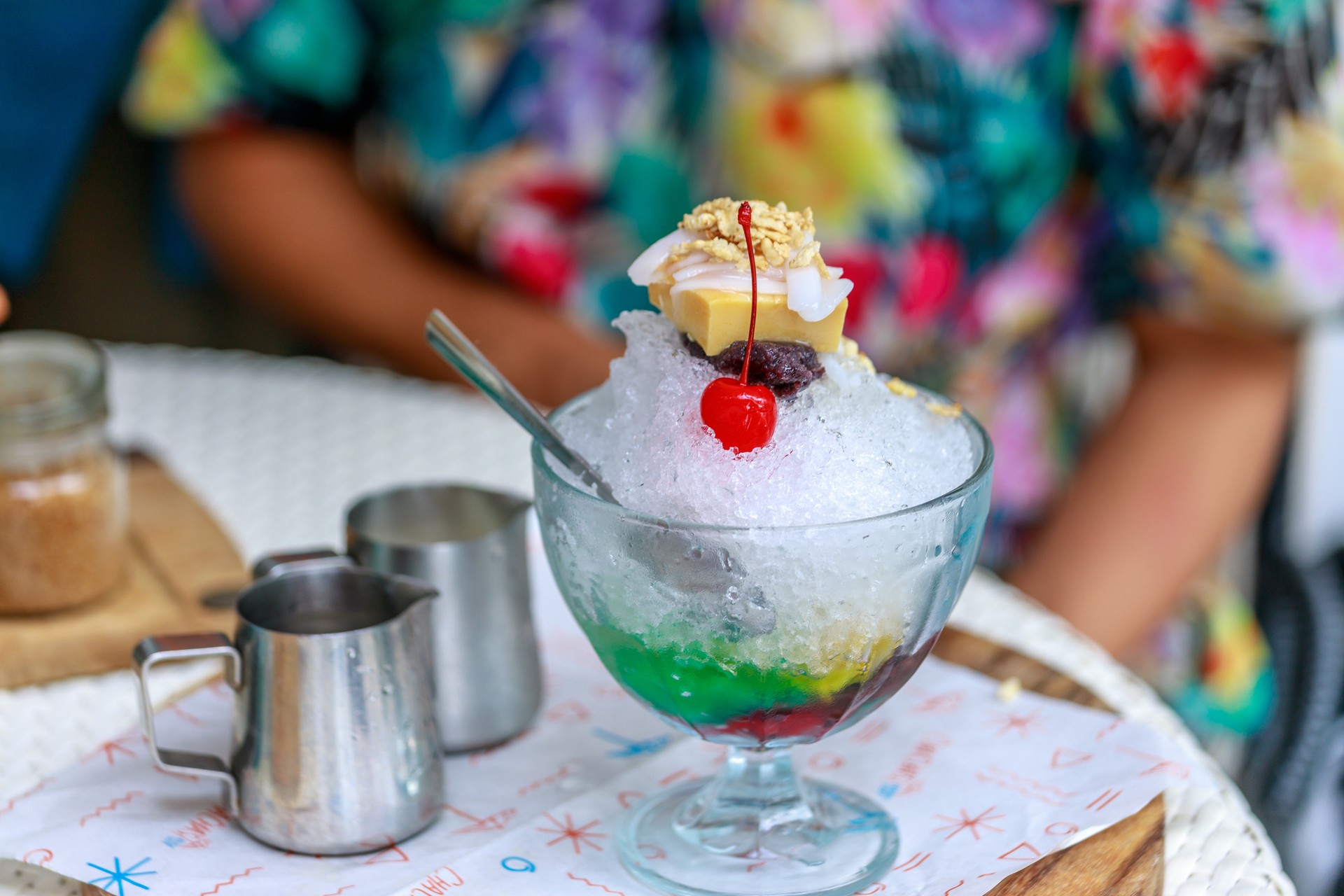 This is often served as nibbles to go with a cold beer. It makes use of various parts of the pig that would otherwise go to waste, such as ears, cheeks, and liver. The meat is boiled up with peppercorns and bay leaves and then once cooked it is drained and then deep fried. The pieces of meat are then finely diced and tossed in a pan with chopped onion and garlic. The diced pork and onion mix is usually served on a large dish and sprinkled with sliced red and green chillies, a squeeze of calamansi juice (Filipino limes) and a raw egg broken on top. It’s like a much zingier, spicier version of pork scratchings and a very popular Filipino dish. 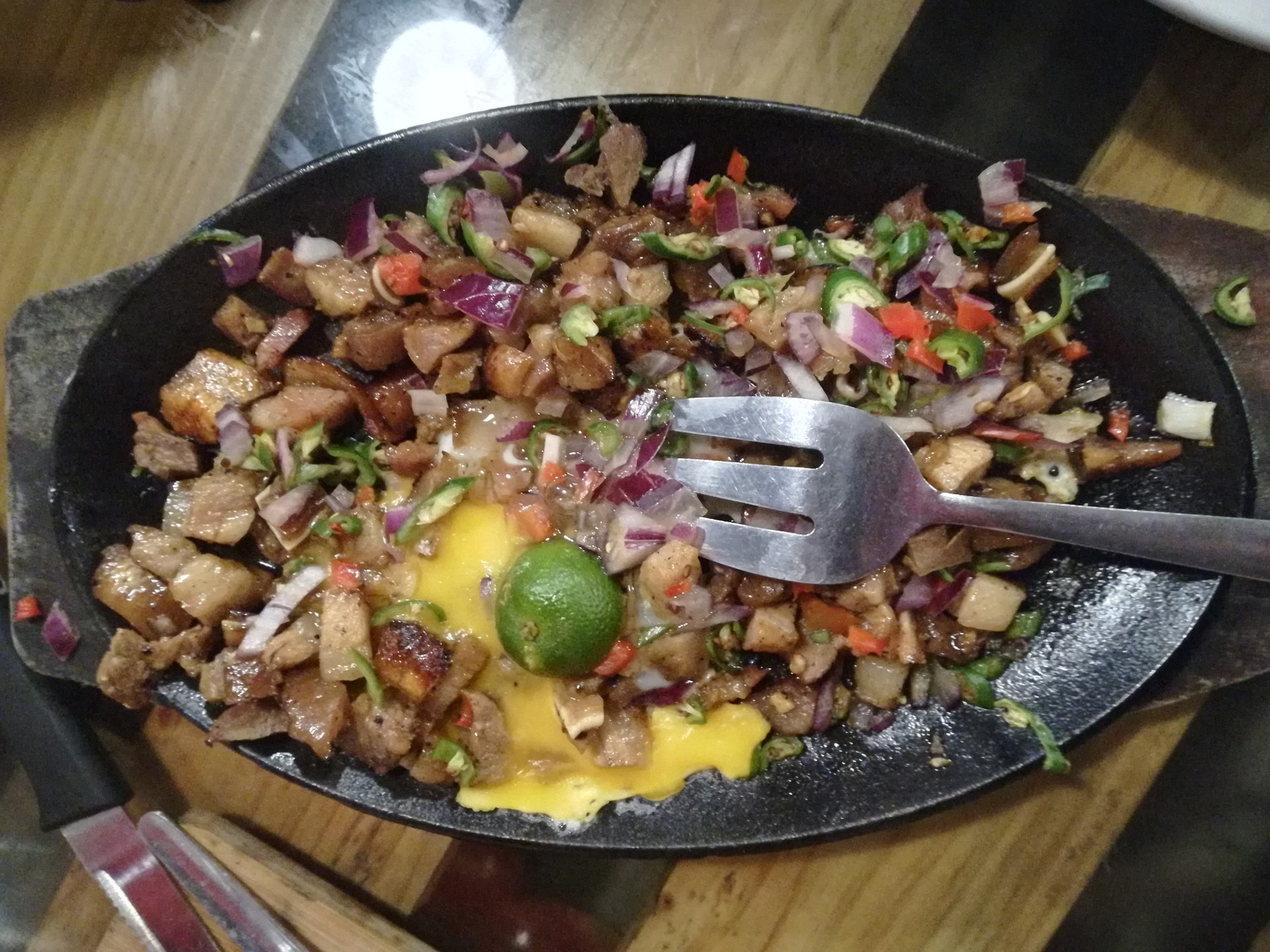 These are basically spring rolls by another name. They tend to be longer and thinner in the Philippines than in China, their country of origin. Fillings are usually similar to those found in other Asian countries, always savoury and often including chopped veg such as carrots, cabbage, spring onion, leeks, and bamboo shoots. This basic mix of vegetables is sometimes enriched with meat such as chicken, pork or beef, or perhaps shrimp. Once the spring rolls are assembled they can either be served fresh (uncooked) or deep fried, usually accompanied by a dipping sauce involving chilli, soy and lime. This is a classic Filipino street food dish. 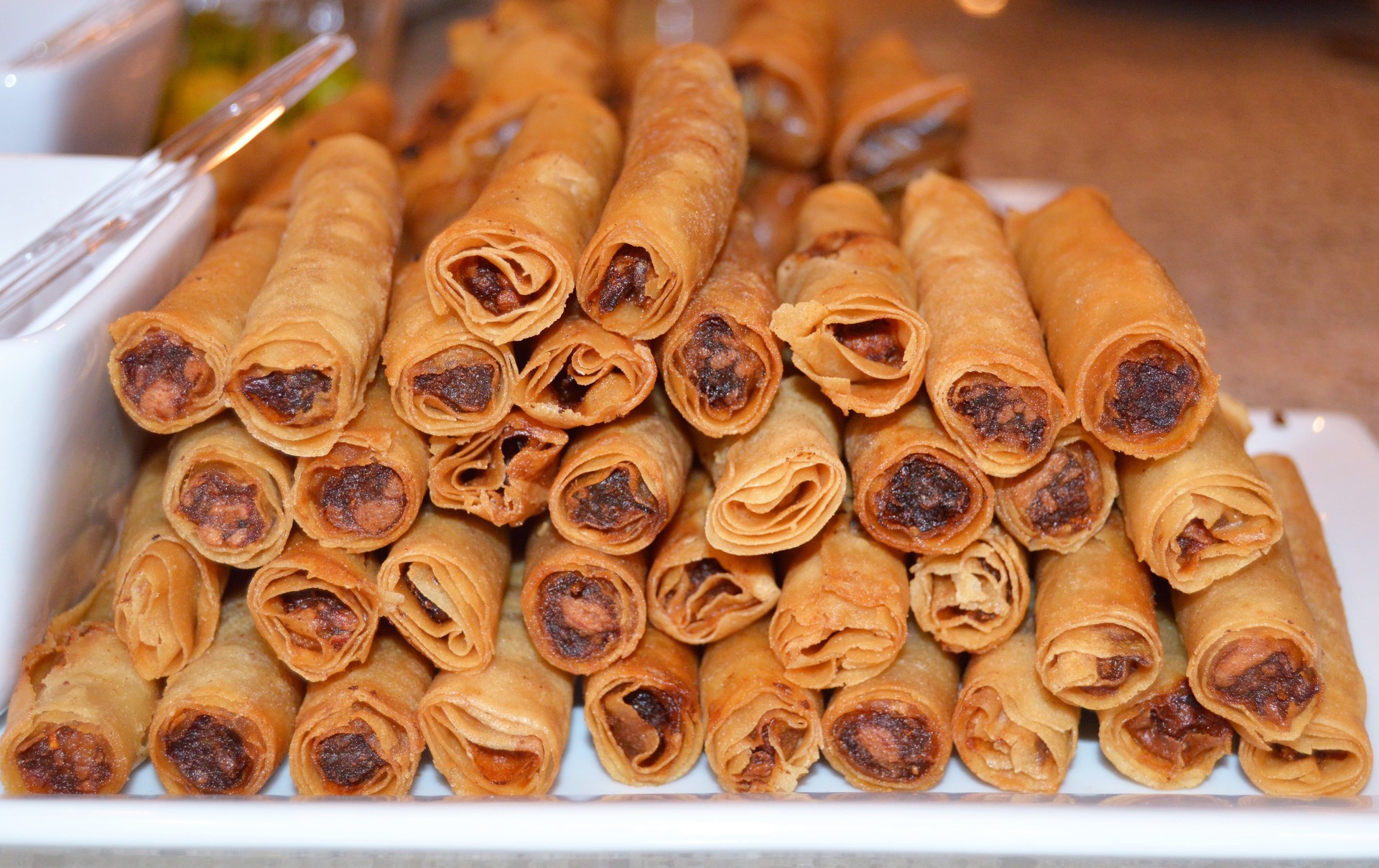 Tantalise your tastebuds on a trip to the Philippines, where tropical varieties of fruit and vegetables are abundant and delicious. With the expertise of our knowledgeable local experts, you can find the most exciting of foodie experiences as you tour this nation of amazing contrasts. Simply send an enquiry and your bespoke Filipino cuisine adventure can begin to take shape. To speak to someone in the TravelLocal office please call +44 (0) 117 325 7898.