An explosion of colour, life, dancing, music and flowers, Medellín’s Feria de las Flores encompasses the eclectic regional and cultural identity of the aptly named “city of eternal spring.” Medellín’s Flower Festival runs in the heat of the Colombian sun in August each year, where the streets are bursting with energy and Colombian fervour. This festival attracts party-goers not only from Medellín, but from throughout the country and around the world: travellers flock in their thousands to experience this hugely popular event. This fantastic tradition brings together all that Medellín has to offer, a city that has historically been stereotyped for its turbulent history. Now an up and coming destination for its diverse arts scene, culture, and city regeneration projects, Medellín takes pride in this annual festival which celebrates its achievements through flowers, dance, exuberant parades, and music. 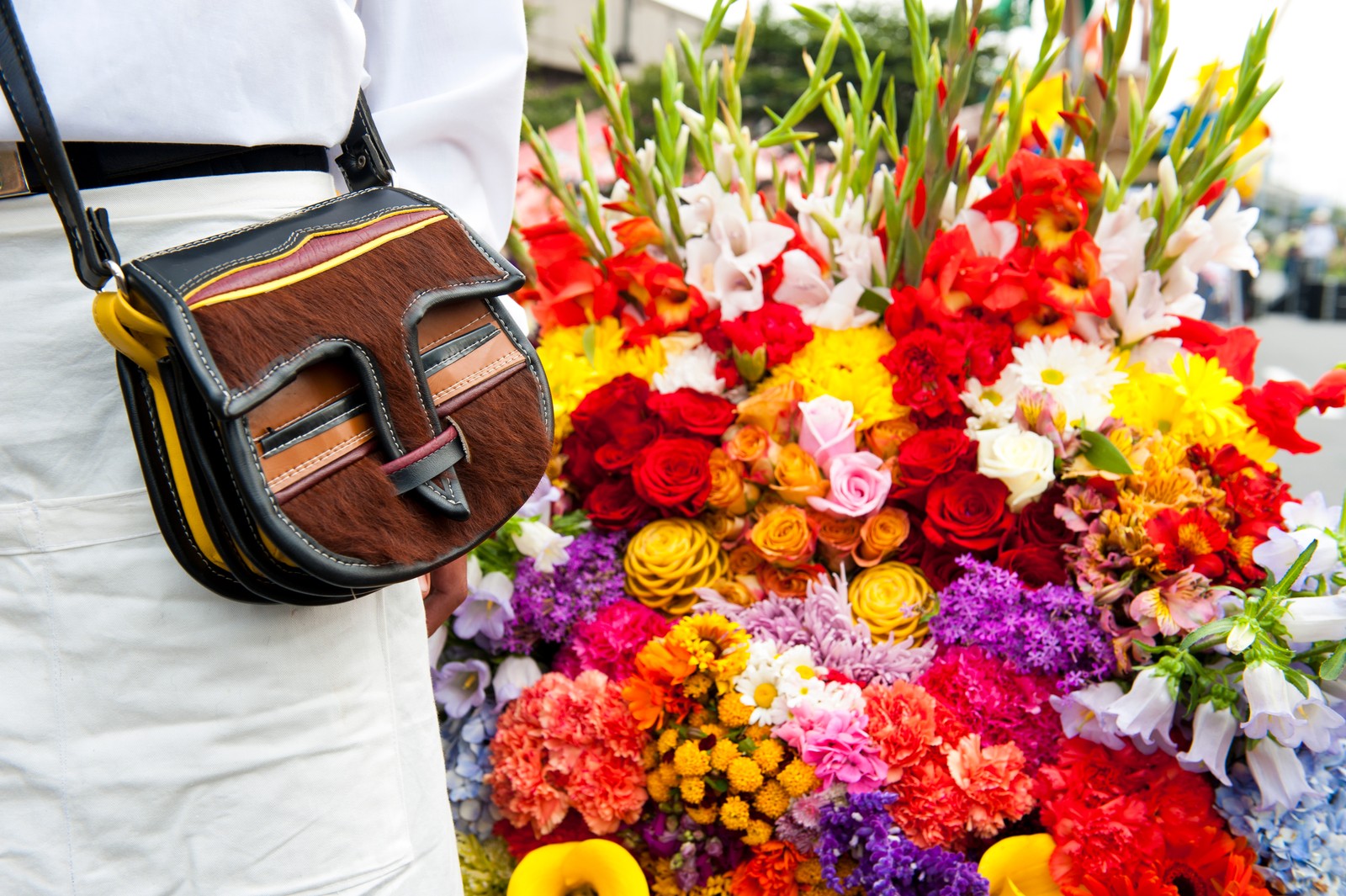 La Feria de las Flores plays a fundamental part in the rich cultural identity of Medellín, and in bringing its people together. Fireworks mark the beginning and the end of this fiesta, which occurs through a haze of sun and a myriad of colourful flowers. During this time of buzzing activity, flowers adorn gardens, terraces, billboards and litter the streets. It is unsurprising that this festival has helped Medellín to gain its reputable status as the cultural capital of Colombia. Notable parts of the festivities include a horse parade through the city, a flower competition, and the “desfile de silleteros,” a parade in which flowers are exhibited from wooden contraptions (“silletas”) held up on wearers backs. “Silletero” refers to the farmers who craft these wonderful flower creations to go on the silletas. Colombia’s tropical climate and diverse geography allows the country to grow pretty much any species of flower, which means the festival is filled with an extremely varied array of blooms, the orchid taking the centre stage.

History of the Flower Festival

Originally known as “La Fiesta de la flor”, the first ever Feria de las Flores took place in May 1957, under the leadership of Arturo Uribe, who was a member of the Medellín tourist office at the time. It was he who came up with the idea that Antioquia and the city of Medellín should pay homage to Colombia’s flower industry. Uribe invited accomplished silleteros from the nearby district Santa Elena, who were already known as masters of their trade, and 40 accepted the invitation. They were the catalyst for the silletero tradition, and previously came together in the Parque de Bolivar. Spectators of the parade in its early days watched on in admiration. These days, many Paisas (the familiar name for Antioquians) gather together before the festivities of La Feria de las Flores begin in Santa Elena village, to witness how the flower saddles are constructed. 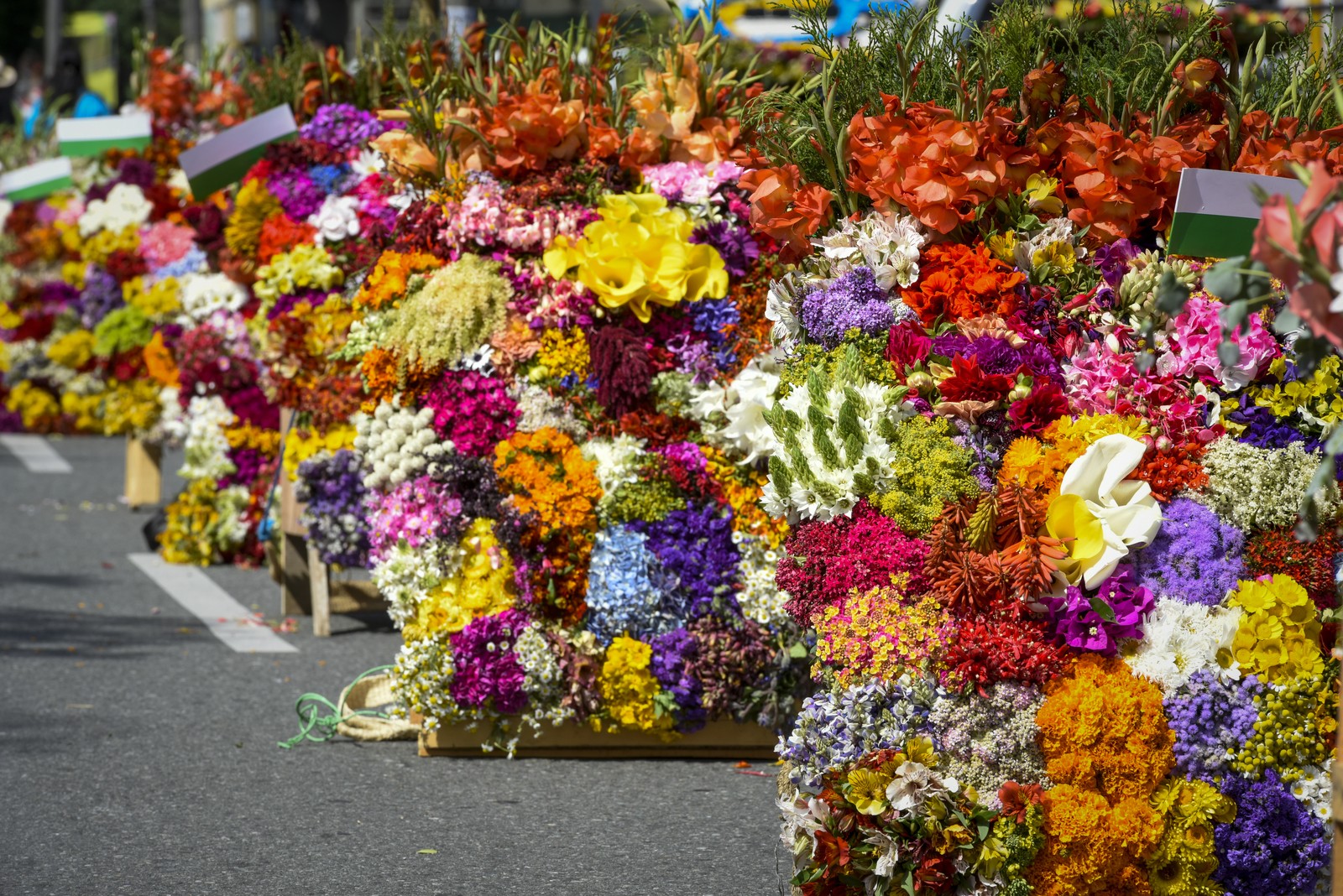 The fiesta used to take place in May for a shorter duration of 5 days. Nowadays, festivities take over the first couple of weeks of August and last for 10 days. The date of the festival was changed to its current date to coincide with the festivities of the independence of Antioquia. Since this change, further activities have been added to the festival’s accolade of events.

The silletero parade is perhaps the most emblematic festivity of La Feria de Las Flores, and it takes place on the last day of the event. The term has evolved in its connotation, and is now used to identify those selling flowers on a silletero in the streets of Medellín. However, the silleteros have not always been used for this purpose; the flower parade in fact also marks the abolition of slavery. In colonial times, silletas were mounted on the backs of slaves to transport goods, the sick, the wealthy and women up steep hills. One particular silletera was renowned for doing this - Maria La Larga.  Maria carried her infants heroically on her back up the steep hills of Antioquia. It was her use of the silltero as a form of transportation for children that inspired the farmers to do the same with flower arrangements and resulted in the shift in use of the contraption. The parade is accompanied with familiar chants of “Cuando pasan los silleteros, es Antioquia la que pasa” , which translates as "When the silleteros go by, it’s Antioquia going by." 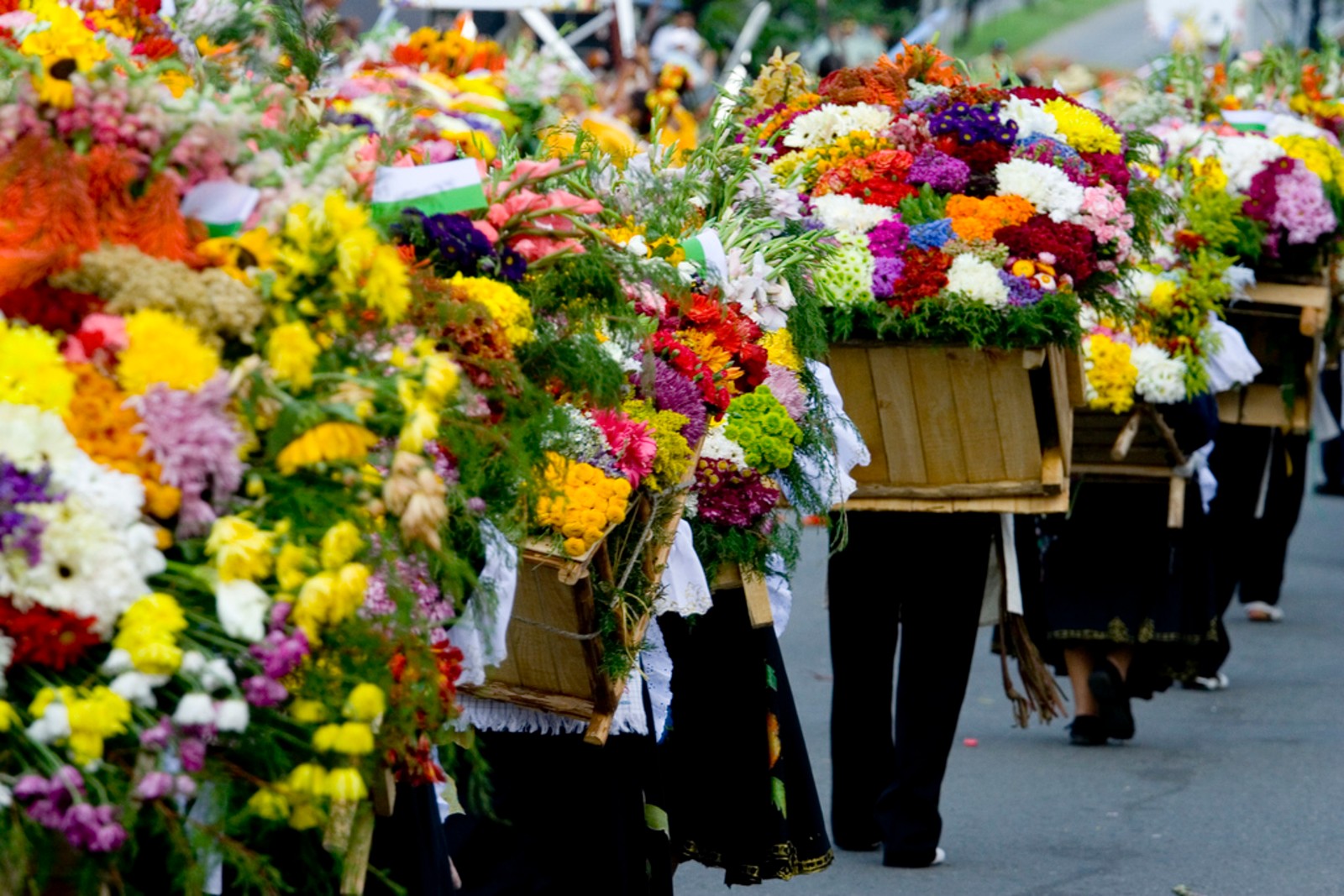 The silletero parade is perhaps the most renowned event, but there are also many other activities on offer that bring the streets of Medellín to life. Attendants will also be able to enjoy a traditional horse fair through town, the “Desfile a Caballo” which in the past has involved over 6,000 horses, but now this number has been reduced in alignment with new regulations. This horse parade holds a world record for involving the highest number of participants. Live music can be heard whilst vintage cars parade along the streets of Medellín. There are antique and equine fairs to be visited, an orquideorama Botanical Garden to admire, and the quirky “Festival Nacional de la Trova” to attend. In this particular event, “trovadores”, entertain the crowds. “Trovadores” are entertainers that carry out performances in pairs, and sing in verse. Their lyrics are often humorous or politically charged. The “Desfile de autos clasicos y antiguos” (car parade) was given an award in 2001 by the “Colombian club of old and classic cars” for its efforts to preserve and restore cars. Another highly enjoyable parade is the “chiva” parade, a procession for the old, colourful rustic buses of Colombia. There is also a “Caminata canina”, a festive dog walk where dog owners and their beloved pets walk through the streets of the city. In 2017 the dog parade covered 3.5 kilometres, many adorned in fancy dress garments. Medical stations and feeding points were present to attend to the dogs if need be.

In spite of a long, brutal history, this city comes together and celebrates all that is means to be Colombian. In 2013 Medellín was coined to be “the most innovative city in the world” by the Urban Land Institute, and with good reason. The creativity of this thriving city is reflected in the way it executes this wonderful festival.

This year, the festival is taking place from 3-12 August, so make sure you book your tickets well in advance to secure accommodation and flights. If this article has inspired you to head to Medellín at its most vibrant time of year, be sure to get in touch with our local experts who will create your very own bespoke itinerary. If you would like to speak to someone in the TravelLocal office, then call during working hours (0900 - 1730 UK time) on +44 (0) 117 325 7898.