Mascot of Senegal and the Casamance region in particular, Aline Sitoé Diatta represents resistance and solidarity in her home nation. She is revered as a heroine, a strong woman who stood up for her beliefs; “The woman who was more than a man.” Her exact date of birth has not been documented, but the consensus is that she was born around 1920 in Kabrousse, a small town just north of the border between Senegal and Guinea Bissau, in the Casamance region of Southern Senegal. Her parents were Assonelo Diatta and Silosia Diatta.

When she was orphaned at an early age, she was taken in by her paternal uncle, Elaballin Diatta, and she lived with him in his village until he died and she decided to seek her fortune elsewhere. She moved to the town of Ziguinchor where she found work as a dock hand, but this life proved to be hard and unpleasant so she moved again, this time to Dakar, where she worked as a domestic assistant to a colonist named Martinet whose business was dealing in West African commodities. At this point in her story, Aline Sitoé Diatta would probably have been only 18 or 19 years old.

In 1941, while carrying out her daily tasks, Aline had a vision demanding her to lead a resistance against the colonists to save Senegal. The voice told her to ‘go back home or misfortune will befall you.’ She didn’t obey the order, and consequently four days later she woke up paralysed. She was taken back to Casamance, and as soon as she arrived the paralysis disappeared, though she was left with a limp from this time onwards. 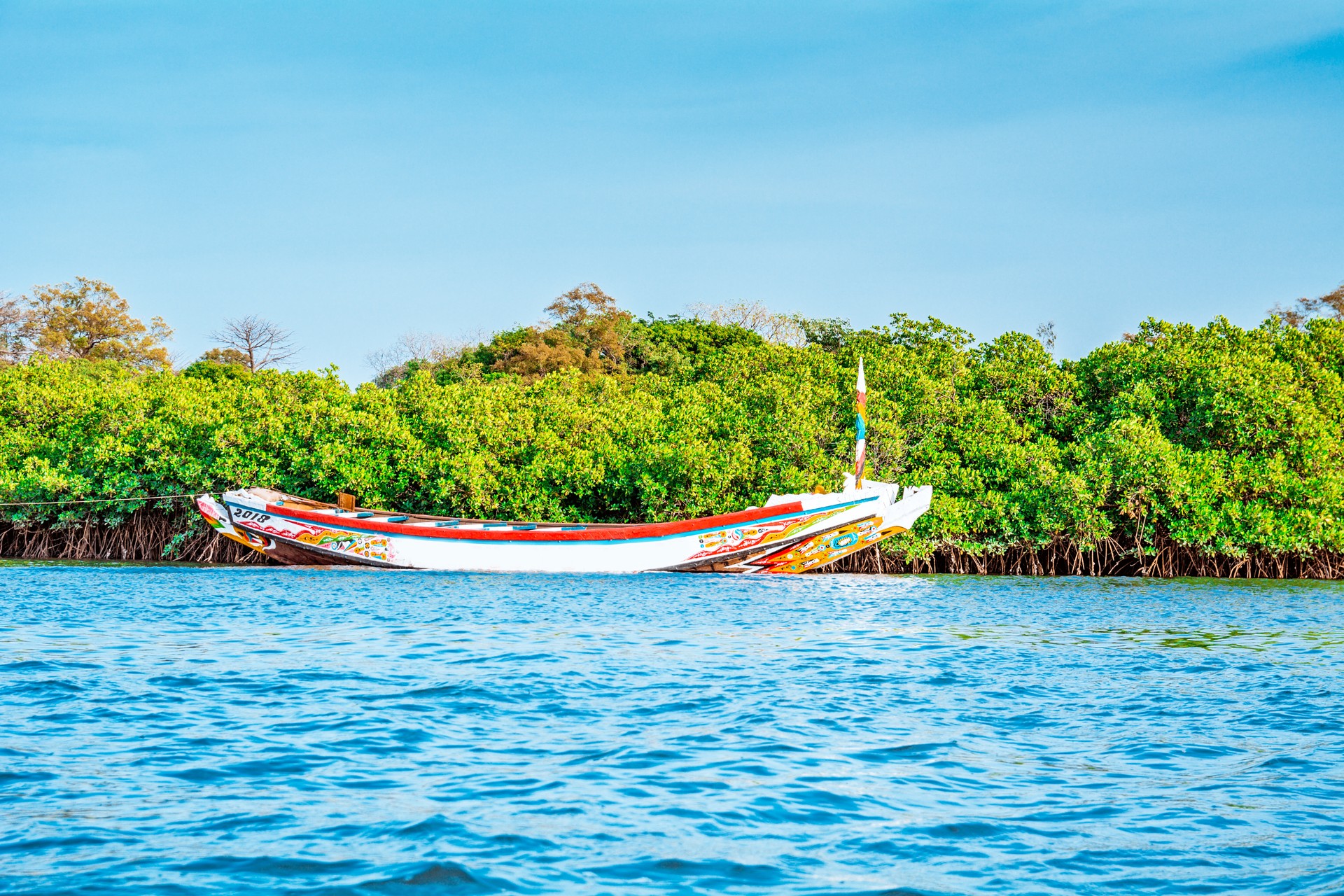 1942 was a difficult year globally, as World War II was in progress and Europe was in turmoil. The French authorities in Senegal began seizing half the rice harvest across the Casamance for their war effort. Aline Sitoé Diatta was fiercely opposed to this unfairness and began to lead a resistance in her home region against the colonists by encouraging her community to oppose all commands - she implored them to refuse to pay any taxes, refuse to replace rice cultivation with peanuts, refuse to give up their crops and refuse conscription to the war effort.  Aline drummed up support for the cause, and began her assertion that the much missed 6 day week should be reinstated, along with certain traditional religious observances. 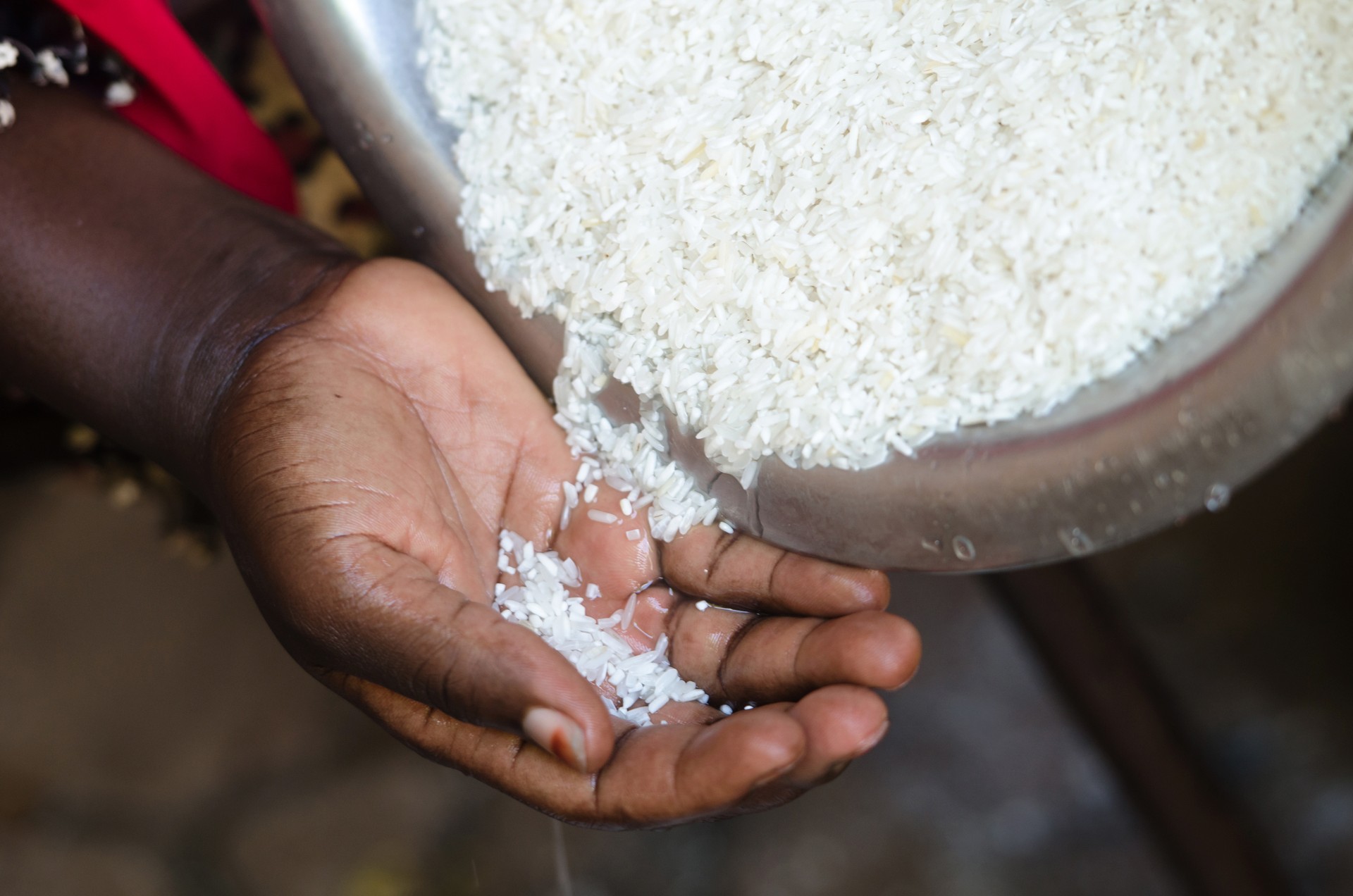 If there was any doubt among her followers that Aline had a special power, when a drought threatened the rice crop the people implored her to use this power for good. Sacrifices of oxen were made and Aline Sitoé Diatta made incantations to God. Shortly afterwards, rain began to fall and the land came back to life. Aline was henceforth sought out for other miracles, and she was able to heal the sick and infirm.

As news of the miracles spread, more and more people made the journey to Kabrousse in order to find out for themselves who this notorious female community leader was. Aline’s willingness to stand up to the French colonists and her inclusive attitude to faith and tribal allegiance won her much admiration, and her popularity grew and grew.

Upon the death of the ruler of Casamance, thoughts turned to his successor. By necessity it would have to be someone who commanded respect and possessed supernatural powers, and Aline Sitoé Diatta was a natural fit. As her power and influence grew, many pilgrims made the journey to see Ms Diatta in the flesh, and many more followed her advice and made animal sacrifices to appease the Gods. 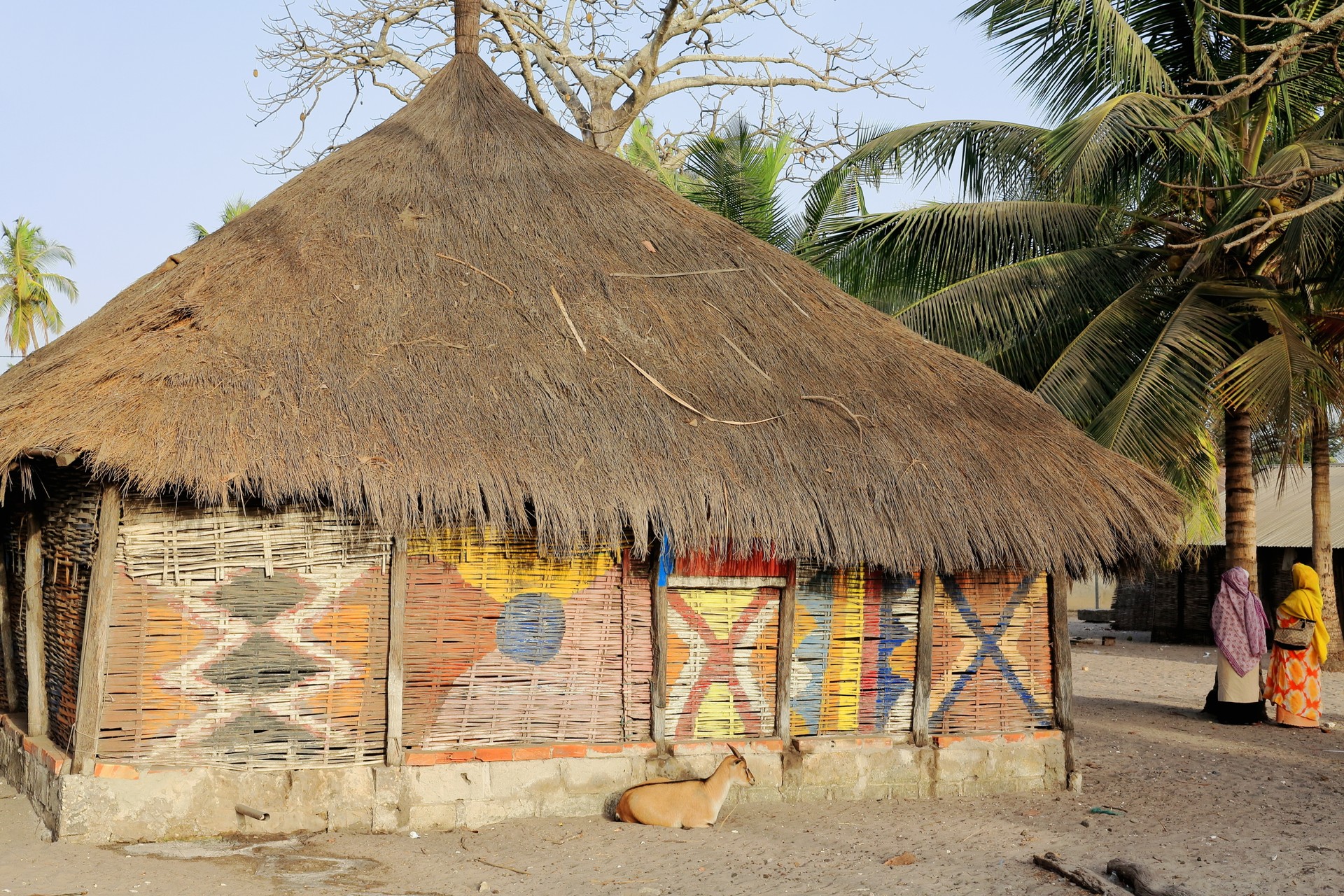 At this point in her story, the so-called ‘toubabs’ - the white European settlers in Senegal - began to sit up and take notice of Aline. It was becoming ever clearer that numerous important members of local society were allowing themselves to be swayed by her ideas and her opposition to the colonists, and people were beginning to take a stand against the settlers’ demands by disobeying their orders. The toubabs became convinced that Aline Sitoé Diatta represented a growing threat to their dominance and their ability to monopolise Senegalese resources, and decided that she must be made to pay.

The colonial chiefs embarked on a quest to silence the ‘Rebel Queen,’ accusing her of insurrection and incitement to rebellion, and setting out to arrest and imprison her. A twist of fate meant that Aline Sitoé was not following her usual routine the day that the French soldiers arrived to ambush her. In Diola society, menstruation is seen as impure and a woman must remain away from the home in an isolation house for the duration, which is where Aline found herself when the soldiers arrived at her home to arrest her. Shots were fired at those in the area of Aline’s house, and another woman who lived there was assumed to be Aline and killed. As soon as she could leave isolation, Aline gave herself up to the colonists to ensure no other innocents lost their lives in her place. 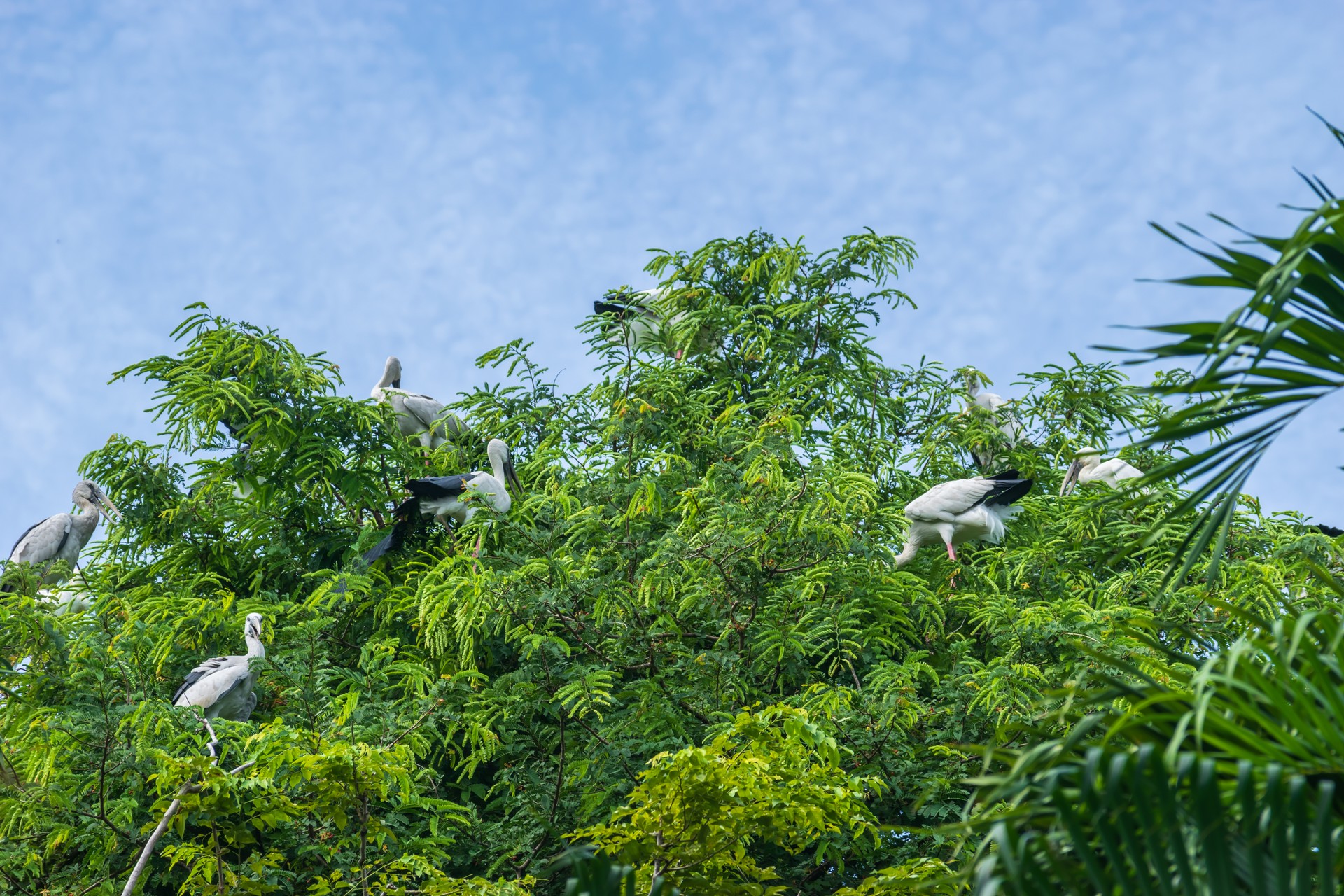 On May 8th 1943, Aline Sitoé Diatta was arrested along with her husband. They were imprisoned, separately, and some years later the husband was released. Aline was not so lucky. She was moved from prison to prison, first in Senegal, then in The Gambia and finally to Timbuktu in Mali where she died in May 1944. It is not known precisely how she died, but it can be assumed that torture and malnutrition would have played a part. Some accounts suggest that when she fell ill she refused treatment in order to hasten the end of her desperate situation.

She was probably only in her mid twenties, but despite having lived such a short life her legacy is profound. She is still heralded today by the Senegalese - and indeed many other West Africans - as a strong, principled woman, the ‘Rebel Queen,’ and held in high regard as a symbol of the national struggle for unity and resistance against oppression. She embodied the qualities the Senegalese hold dear after their long decades under colonial rule, and she will never be forgotten. Among the many tributes that her home nation has paid to her over the years, the most prominent are the Aline Sitoé Diatta stadium in Ziguinchor and the Cité Aline Sitoé Diatta, a girls university campus in Dakar.  A passenger ferry has also been named in her honour, plying the route between Ziguinchor and Dakar - the route she took in her early life to try and find better prospects. 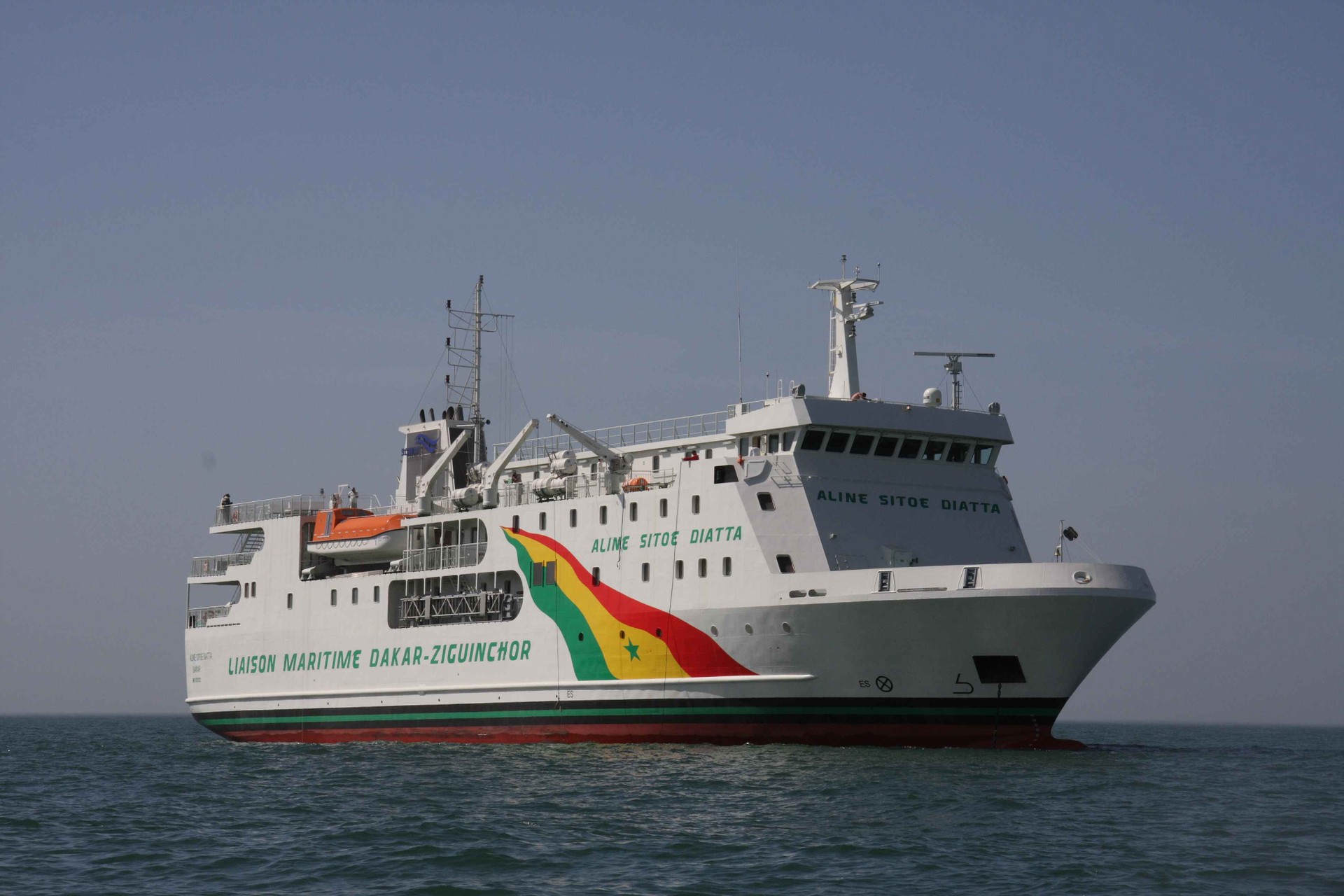 Senegal today is a fascinating and friendly place to explore, and the culture is as intriguing as it is varied. Senegalese society is very inclusive and tolerant of various faiths and ideologies, and it is not inaccurate to suggest that this is in some significant part due to the inclusive philosophy of Aline Sitoé Diatta.

To follow in the footsteps of Senegal’s Rebel Queen, have a look at the Gambia and Casamance itinerary idea, which takes in both Kabrousse and Ziguinchor, birthplace and workplace of Aline Sitoé Diatta. It’s a region where her attitudes and actions still reverberate today, and TravelLocal’s local travel experts can show you the true beauty of the area. All itineraries are bespoke and tailored to your preferences, so why not contact them to find out more? To speak to someone in the TravelLocal office, call +44 (0) 117 324 7898.