From lively festivals of dance and music to fine museums and historic sites, Sudanese culture will inevitably make an impression when you visit this fascinating east African destination. This is a land largely untainted by tourism and retains that elusive, off the beaten track appeal. As well as enjoying Sudan's highlights without the crowds, this means that cultural experiences are likely to take the same shape as they have for decades - even centuries. Immerse yourself in the complex culture, a product of a society made up of a large number of separate tribes and consequently ethnicities, and all the elaborate rituals that ensue.

Many cultural encounters on a Sudan trip will involve daily exposure to the Sudanese people, their national dress, their attitudes and their music, but to gain a deeper understanding of how this fits into a wider cultural landscape, consider including some of these cultural highlights on your Sudan holiday. 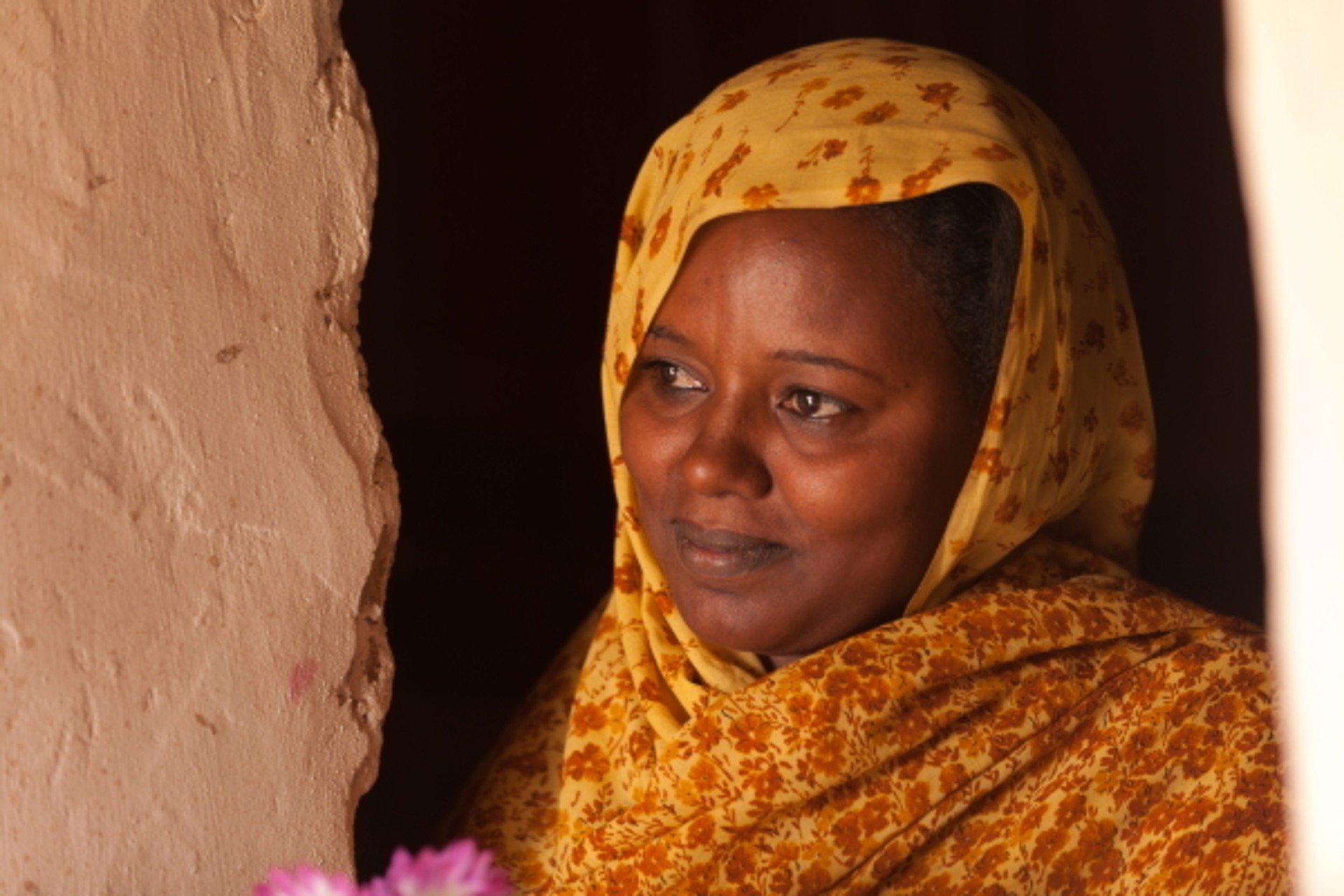 If your trip doesn't coincide with any of the large scale festivals listed below, try to set aside a Friday and make your way to Omdurman for a special religious ritual which tourists are welcome to watch. If you are in town at 4pm on a Friday, witness an act of fervent devotion outside the Hamid al Nil tomb where worshippers who follow the Sufi Qadiriyah faith engage in spectacular displays of chanting, praying, whirling and dancing while they commune with their Gods.

Apart from this weekly event, the most visitor-friendly Sudanese festivals are listed below - both are Islamic celebrations, Sudan being a majority Muslim country. 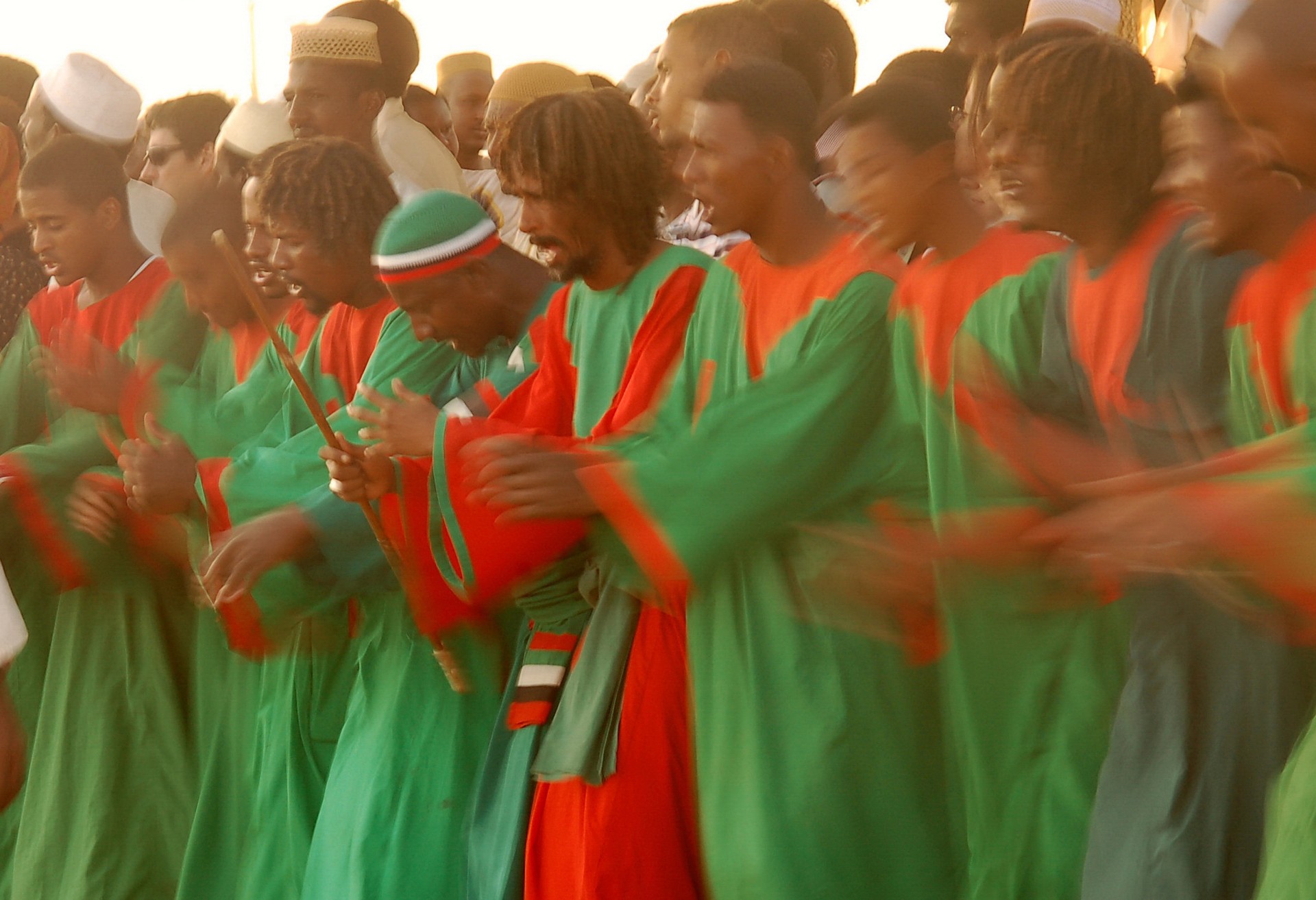 This heartwarming event is a traditional celebration of kinship, spirituality and humanity. Solidarity and brotherhood are the major themes, and this optimistic and smile filled festival is open to all, regardless of faith and fortune. Sheiks and other important and celebrated figureheads are remembered with fondness and respect, while communities mark the occasion with dance, music and embraces. Festival participants take to the streets for processions, singing and general merriment.

Early in the year, the February festival of Mawlid an-Nabi celebrates the birth of the Prophet Mohammed with nationwide partying in towns and cities. Families throng the streets and peruse the street stalls where various traditional dishes and festive sweets are sold for the occasion. Music, dancing and singing are the order of the day and for visitors this is a happy event with an uplifting atmosphere of fun and enjoyment. 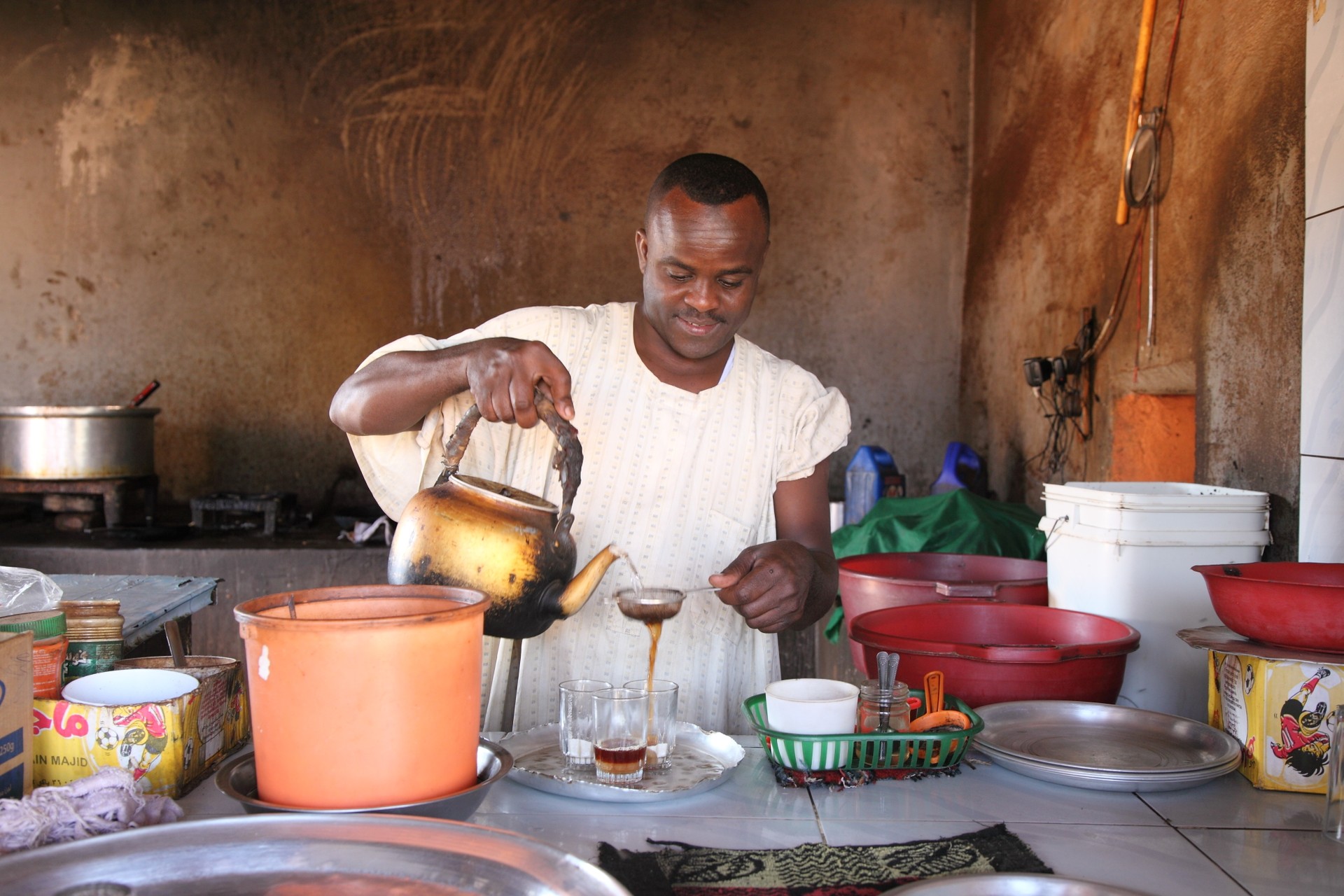 The National Museum of Sudan is a treasure trove of ancient artefacts mostly originating from Sudan and Egypt. It holds one of the most important collections of Nubian relics worldwide including several items of significance which originate from the Kingdom of Kush, specifically the Napata and Meroë periods and the 25th dynasty. Funerary artefacts and statuary are notable, and one of the museum's finest exhibits is the granite statue of Pharaoh Taharqo which stands at a full four metres high. In the museum garden you can stroll around a number of reconstructed temples which were saved when a dam on the river Nile would have submerged them. The museum gives a fantastic overview of the story of Sudan from its earliest history to the present day.

With more than 500 tribes making up Sudan's population, many with their own languages and customs, it's safe to say that the culture is an intriguing and exciting one to get to know. Despite past conflicts and the recent separation of Sudan from South Sudan, many people identify with their tribe first and their nation second. The northern regions have a strong Arabic heritage and often follow Muslim teachings while the southern regions tend to be more animist. There are more than 100 languages spoken in Sudan and many of these are indigenous, though English and Arabic are the two official languages and are widely spoken. 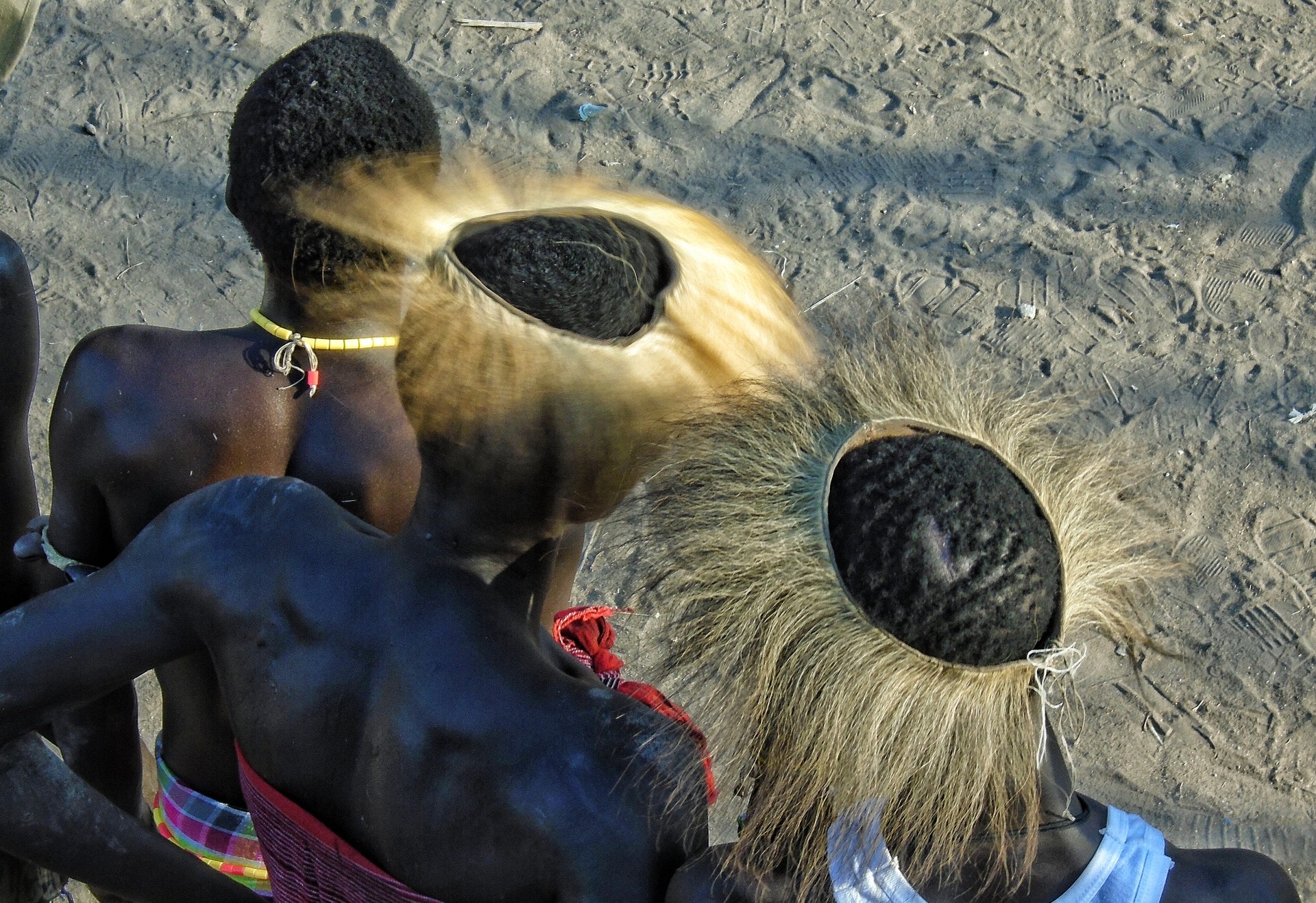 Unifying themes include clothing, which is fairly similar across the board - though to the practised eye there are some regional and tribal differences - the standard daily attire is the ankle grazing jalabiya, a cool over-garment which keeps skin protected from heat and dust. A collared version is the smarter option for more formal occasions. 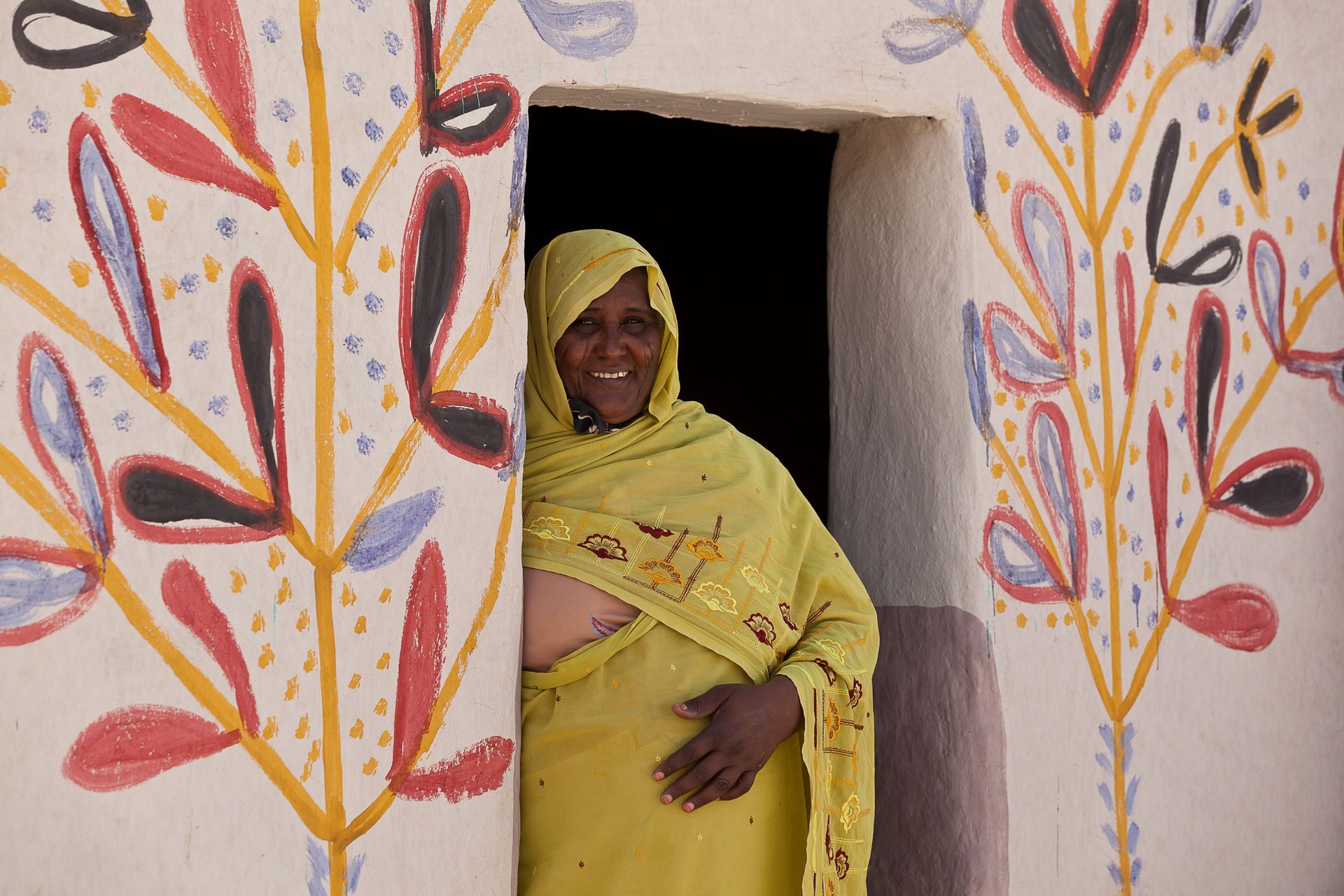 Music is another common theme of all strands of Sudanese culture and it plays a very important part in traditional and modern life and celebrations countrywide, though in this case the regional and tribal variations are more significant. The music of Sudan is a source of great pride among the Sudanese people of all walks of life and tribal identities, and it has real value as a thread of harmony which has endured through many decades of turmoil and conflict. From traditional homegrown sounds overlaid with lyrics in tribal languages which resonate down the centuries to recent innovations such as the Sudanese twist on hip hop, there are hugely diverse musical styles to enjoy all over the country. It can be interesting to try and spot the British and Arabic influences that can inevitably be heard at times. 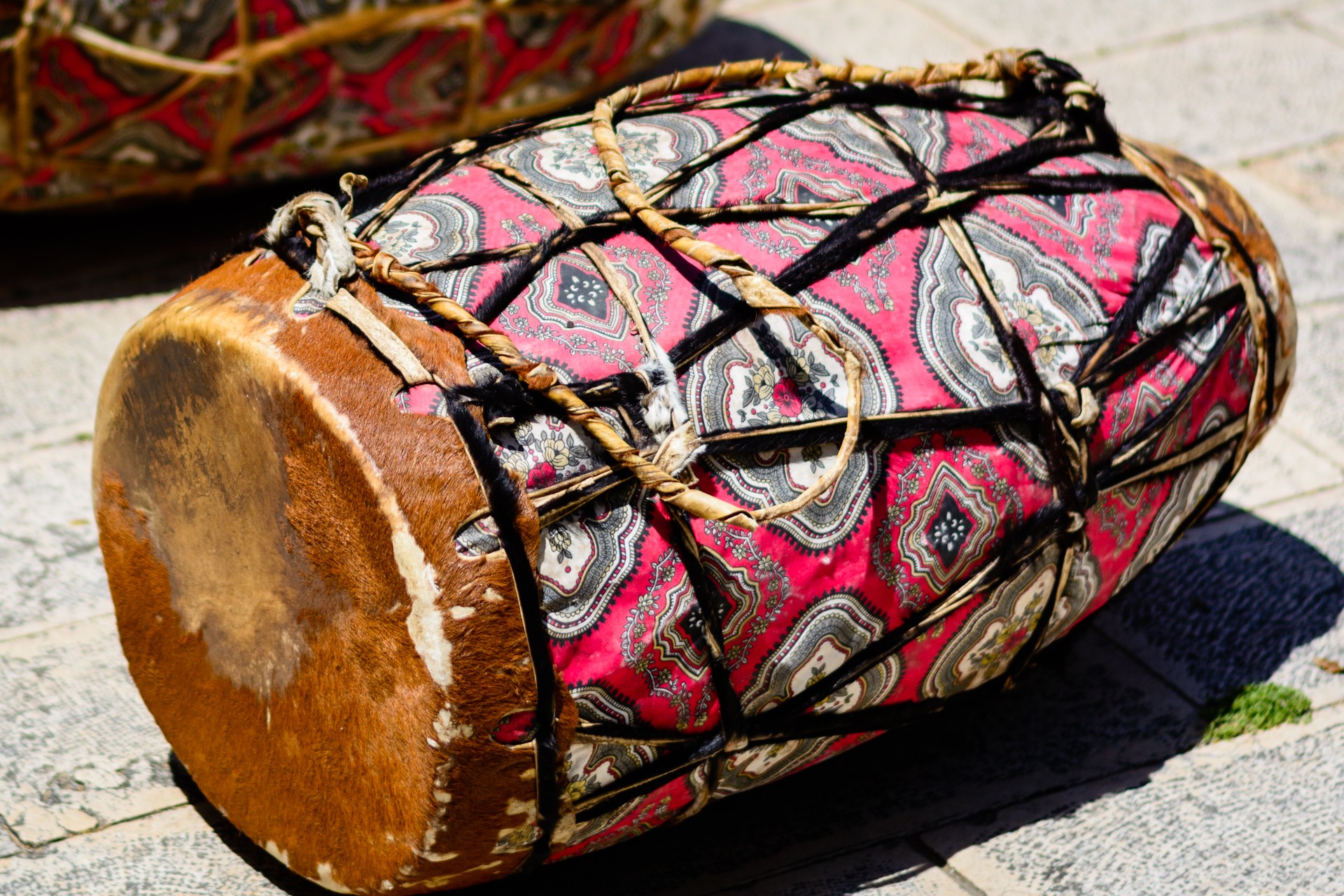 Sudan's multifaceted culture is awaiting discovery as you tour the ancient and uncrowded sites of this little known East African gem. Send our handpicked local experts an enquiry today so they can make a start on your bespoke itinerary! To speak to someone in the TravelLocal office please call +44 (0)117 325 7898.