Senegal is undoubtedly one of the cultural highlights of Africa. Despite being one of the poorest countries on the continent, it remains one of the most stable and democratic. Its people are famously friendly, which the Senegalese call ‘Teranga’. Visiting its capital, Dakar, the most westerly capital of the old world, you are certain to be enamoured by the unwavering positive and hospitable atmosphere of Dakar.

The Senegalese are well known for their love of football, but perhaps the one thing they hold closer to their hearts is a love of music. Wandering the streets of the city, it will be hard to avoid rhythm and melody blaring from passing cars, food stalls and open windows. Much of the Dakar’s chorus will sound familiar to visitors, with Hip Hop, Jazz and Rock music popular genres in the city. A music that one might be unfamiliar with, but are certain to fall in love with, is the vibrant and upbeat Mbalax music. Developed in the 1970s, the dance music utilises traditional Senegalese instruments like the sabar drum. In recent years Mbalax artists have received international acclaim, pioneer of the genre Youssou N’Dour has been awarded 2 Grammy awards. 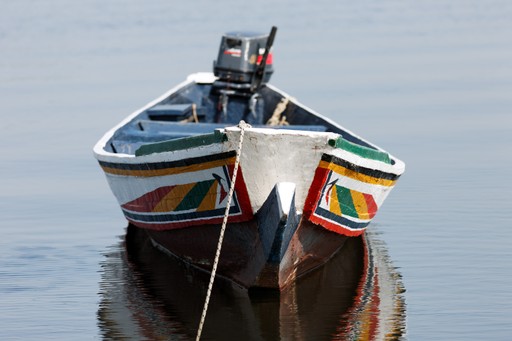 Perhaps the best venue to hear live music in Dakar is Just 4 U. A small stage in the outdoor area of a restaurant has played host to the finest musicians in Africa. The venue has live performances almost every night, but the big names will often play over the weekend.

Dakar’s creativity is not solely confined to the music venues scattered across the city. There are telltale signs of a thriving artistic community, street art and sculpture can be found on building sides and in quiet squares. Many of the finest works can be traced back to one particular location, perhaps the greatest creative hotspot in Africa, the Village des Arts.

Found on the west side of the city, the village contains 52 studios that house artists working across a number of different mediums, including painting, sculpture, ceramics, photography, video and digital art. The village is visited regularly by Senegalese gallery owners, museum curators, and art collectors looking for the next great work. The village is open to visitors and has quaint restaurant and bar at its centre, making any time of day a good time to visit.

It is true that the streets of Dakar are alive with the sound of music, but the fragrant aromas of the city’s street food will also be jostling for the attention of your senses. You will find a wide array of fresh fruit from street vendors, including bananas, mangos and papayas. The staple street food, however, is roasted peanuts. The peanuts consumed in the UK are often oily and overly salty, but not in Dakar. Those who indulge will be surprised by just how much tastier the snack is here. 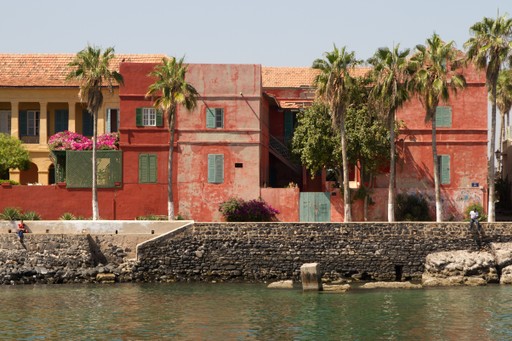 The legacy of the French occupation of Senegal is not only evident in the spoken language, but also the food. If one knows where to look, one can find excellent french style dishes in Dakar. Cafe Du Rome offers high end french cuisine for those wanting a luxurious feast. For those after something not quite as high end, but equally authentic, the Patisserie Laetitia offers the quintessential continental breakfast. The patisserie is frequented by locals, so those in search of ‘authentic Dakar’, Laetitia is the place to head to.

If the hustle of this busy city proves too much, there are numerous excursions out of the city. From the southerly tip of the city, you can take a short ferry to the Island of Gorée. The island is completely without cars and offers a more relaxed place to the mainland city. To visit Gorée is a humbling experience, for many centuries the island was used principally in the slave trade. The historic Maison Des Esclave has become an important building in the education on slavery, even former President of the United States, Barack Obama, made a trip to Gorée and the House of Slaves.

If you’re feeling suitably enticed by sights, sounds and tastes of Dakar, why not make an enquiry with our local experts at Diallo Tours?